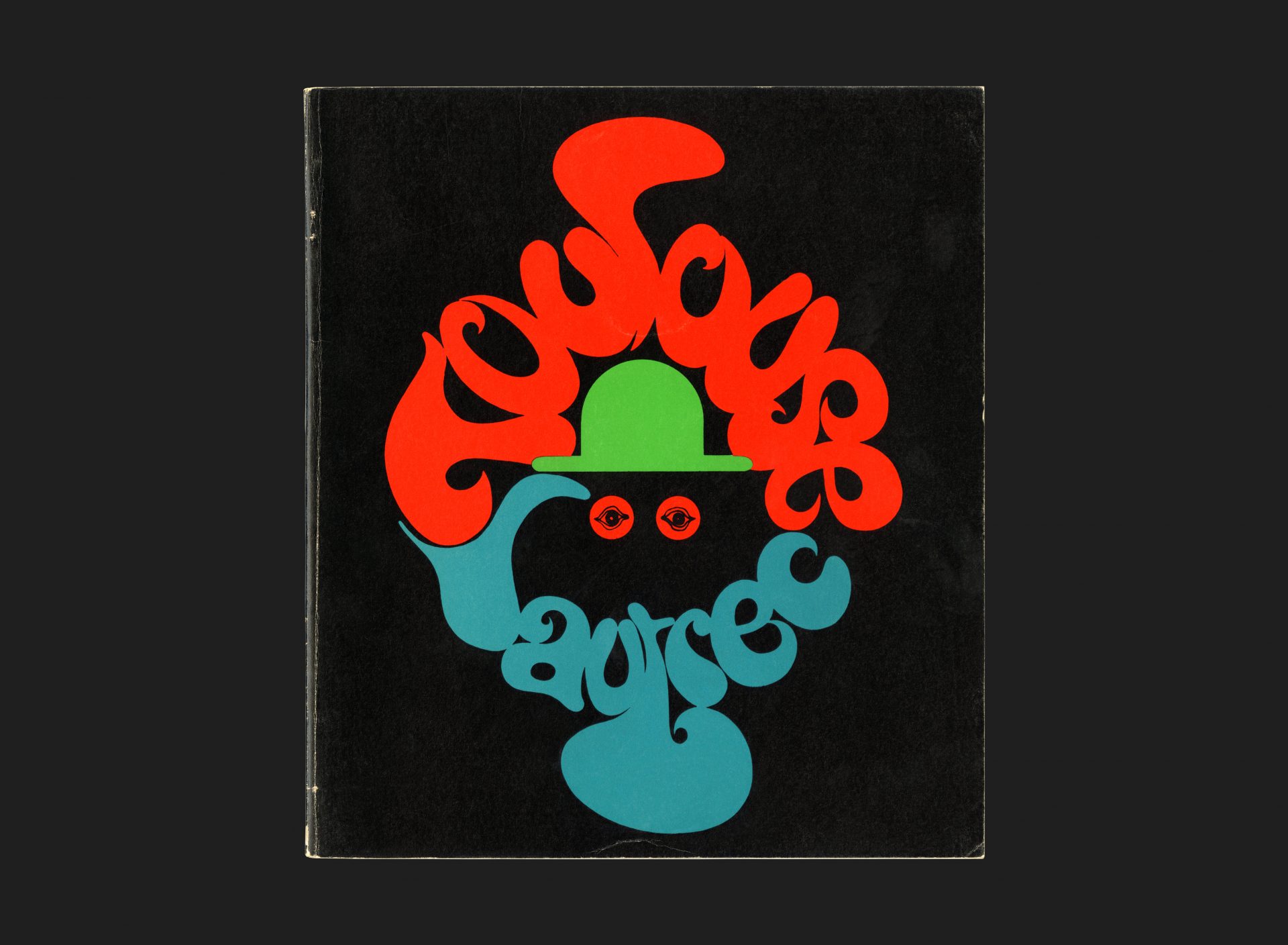 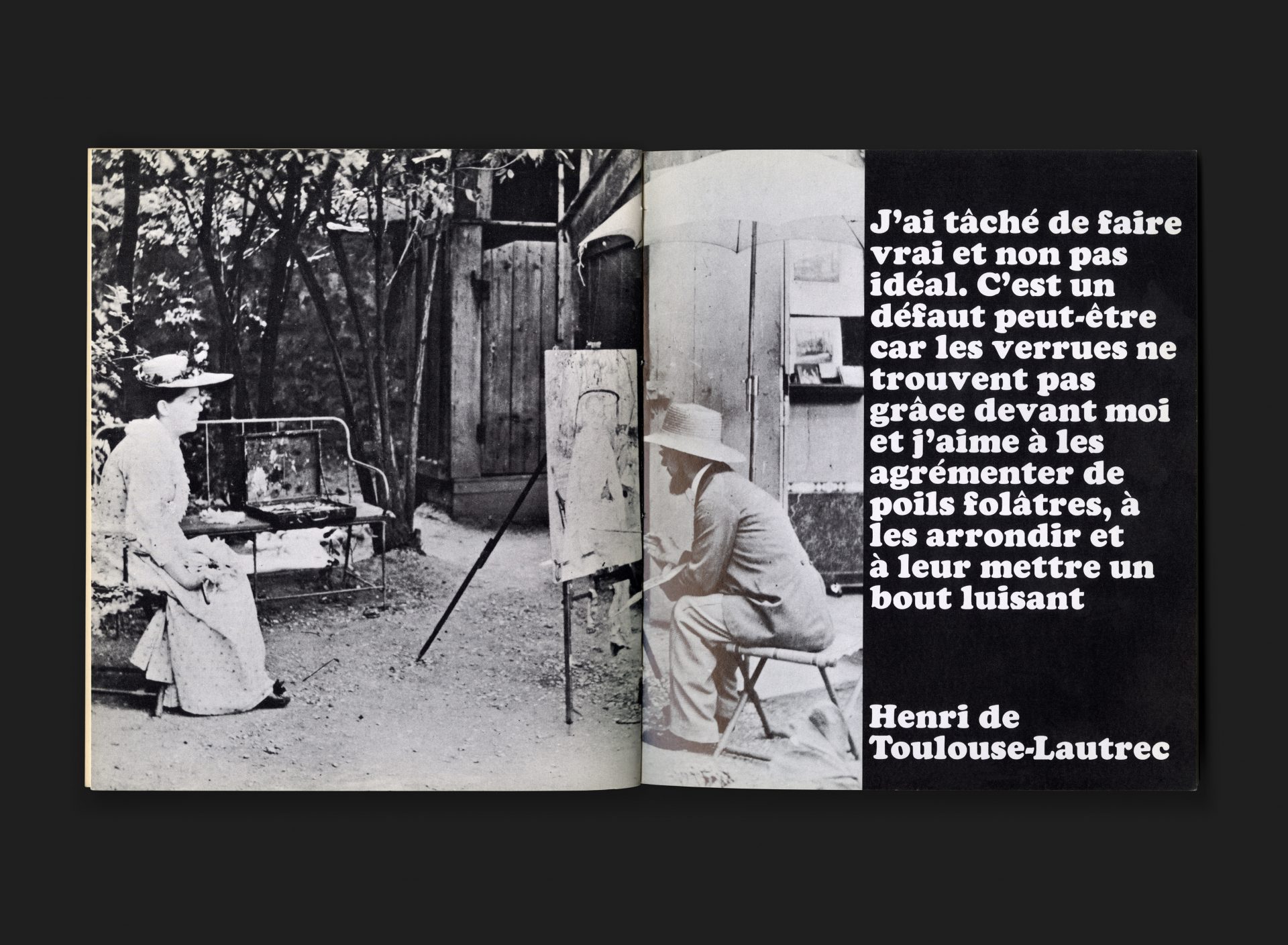 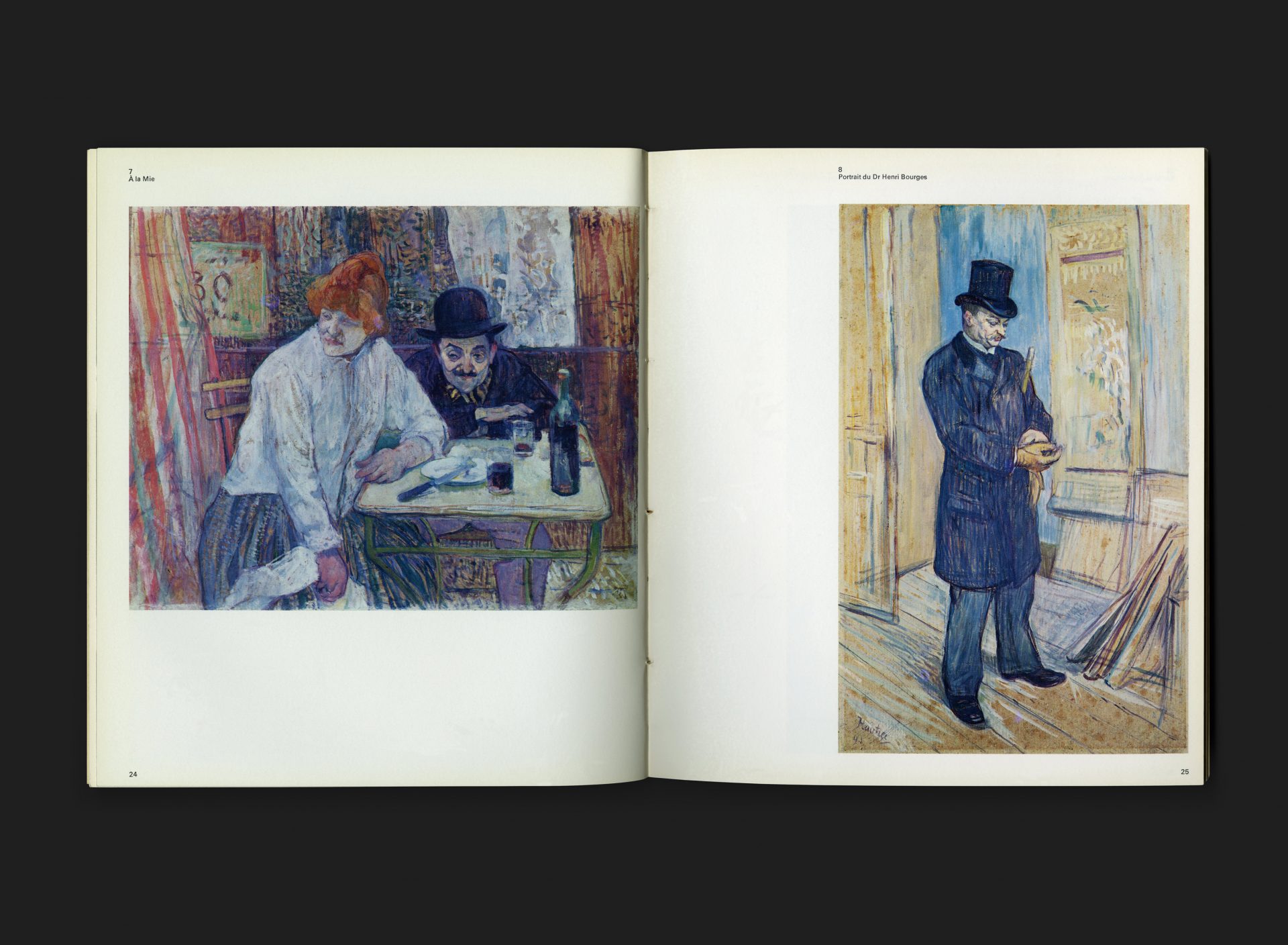 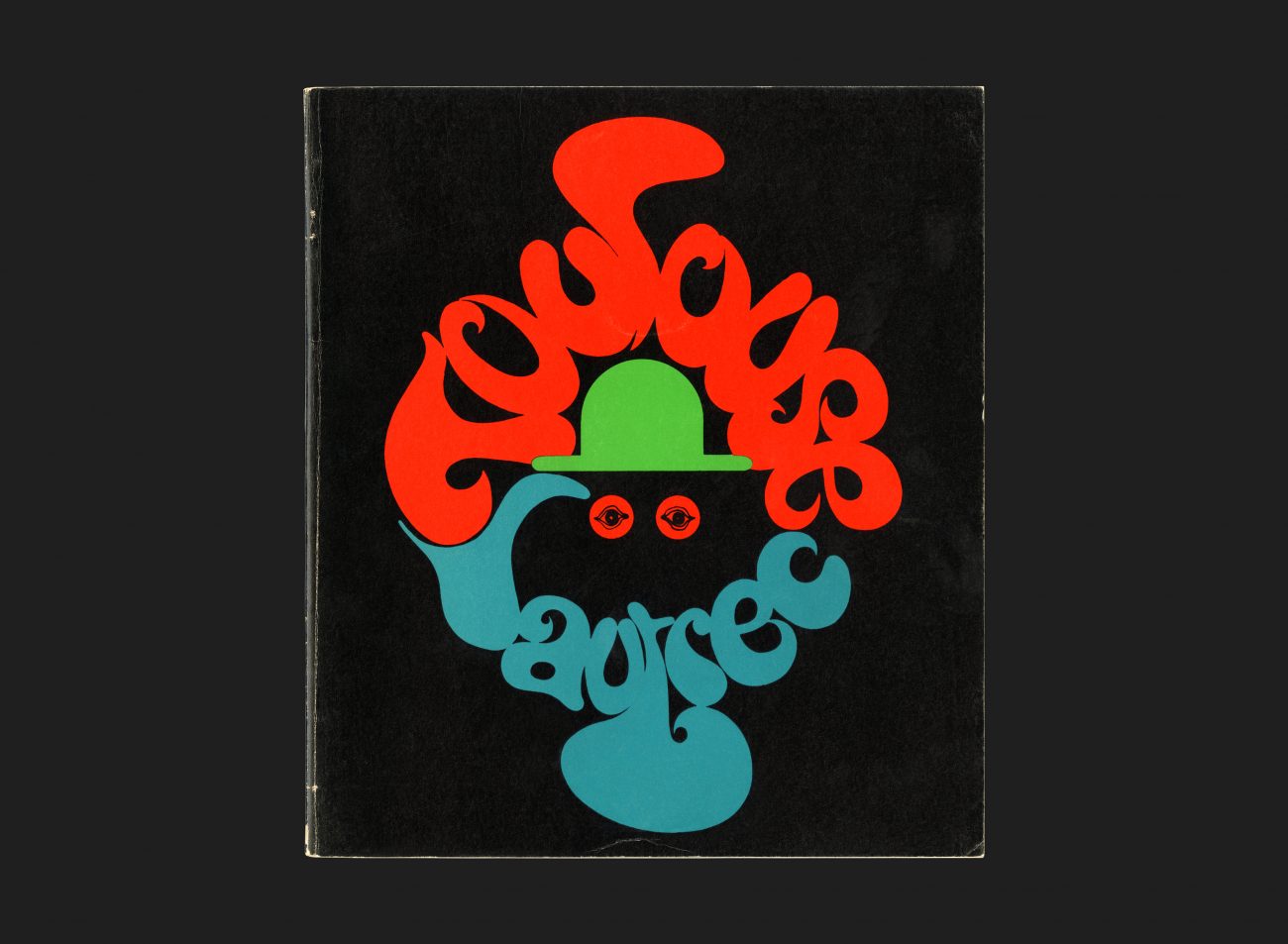 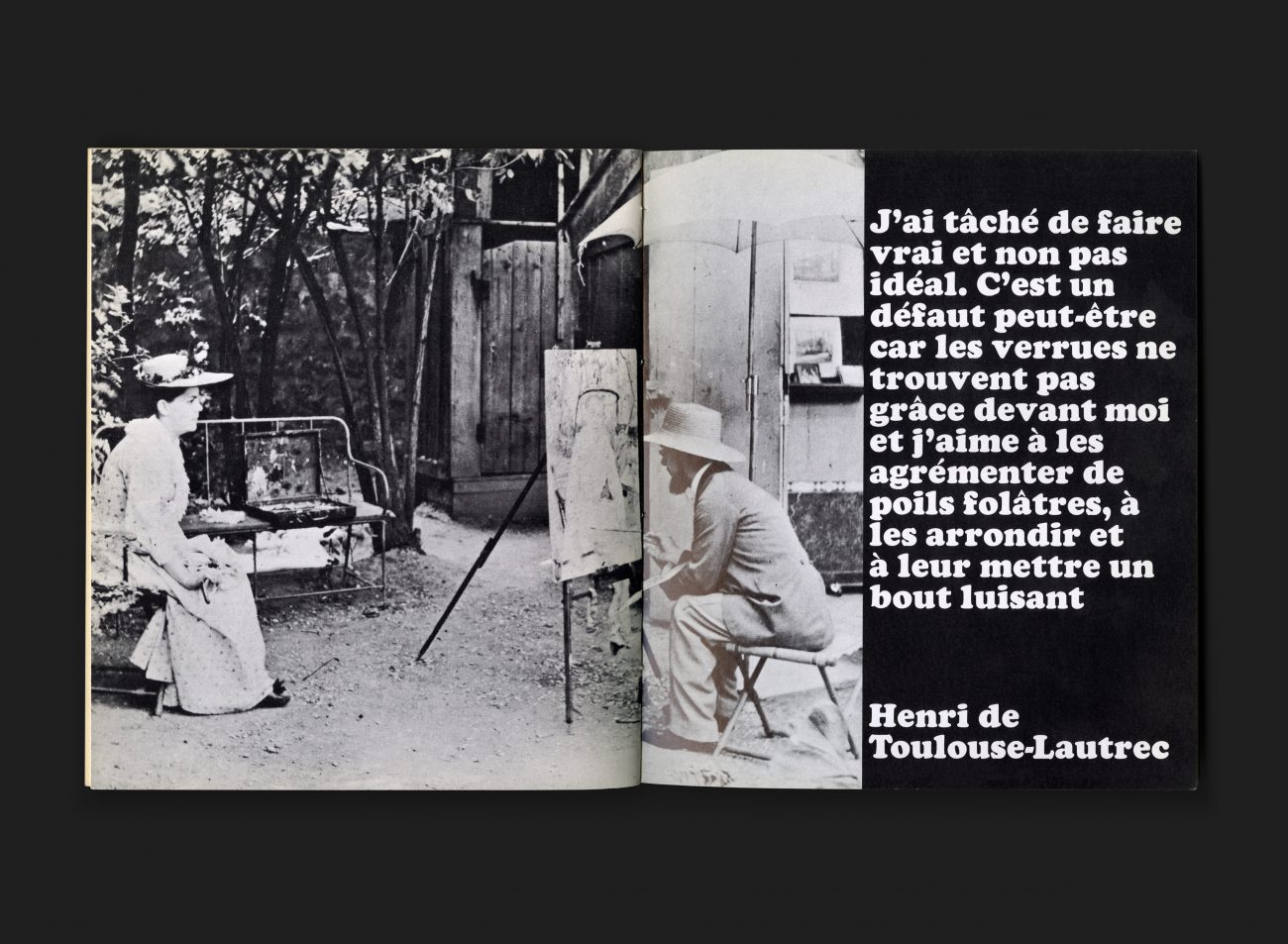 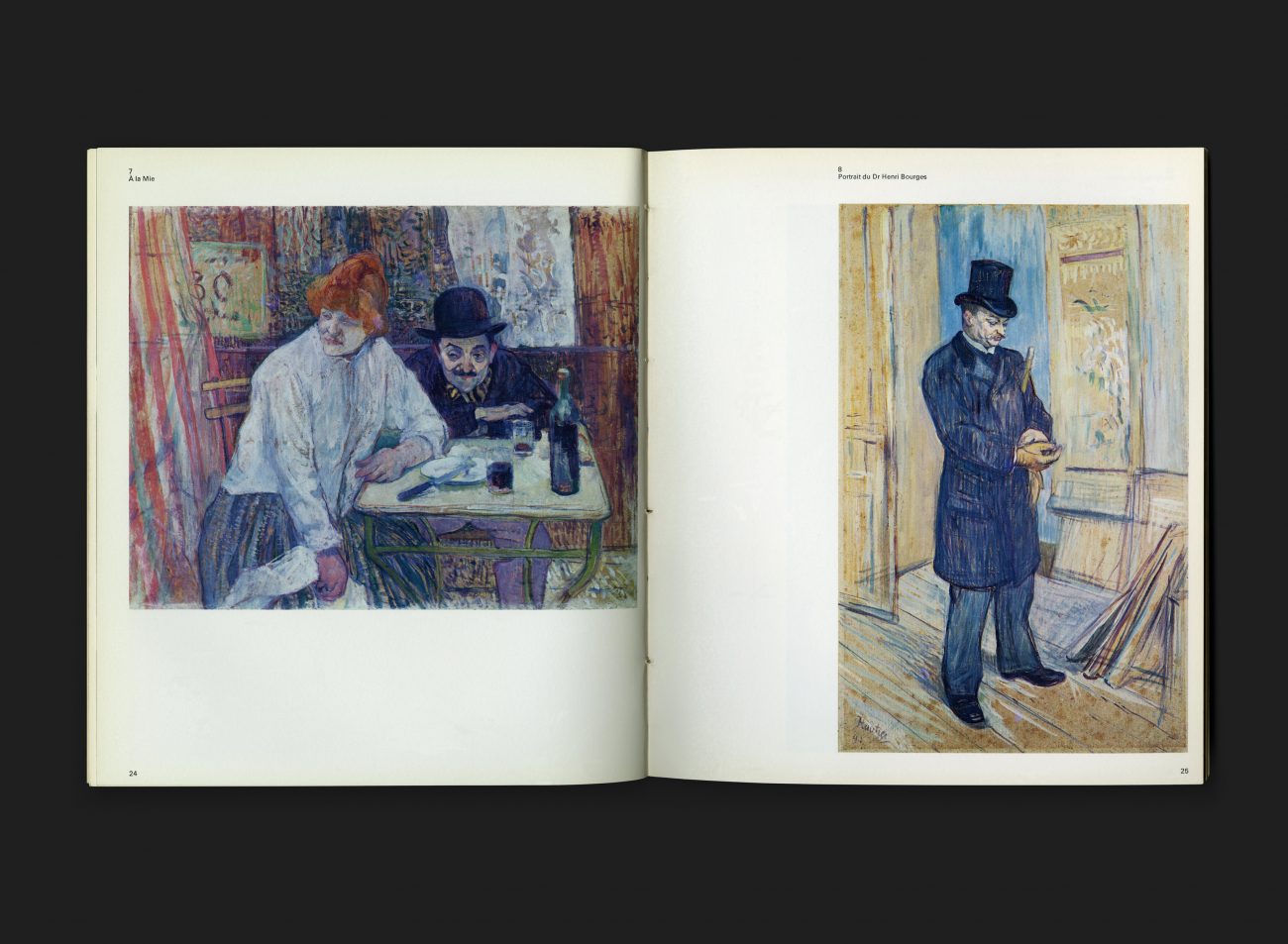 One of the earliest projects that Gottschalk+Ash were commissioned to undertake was a new corporate identity program for the Musée des Beaux-Arts de Montréal. On its completion, this exhibition, focused on French artist Henri de Toulouse-Lautrec, became one of the first to see the identity implemented into communications and collateral, including this catalogue.

Just like the event poster (seen here), the cover of this catalogue expresses a more expressive visual approach, inspired by the various schools of art. During this same period, Fritz Gottschalk created several pieces of work following in this same direction. Most notably for a Graphis Magazine feature (cover) and for a Royal Bank of Canada magazine. Inside the typography amplifies this bold expression further by the use of typeface Cooper Black, which was really starting to become popular, having appeared on the Beach Boys album Pet Sounds a year or two before.