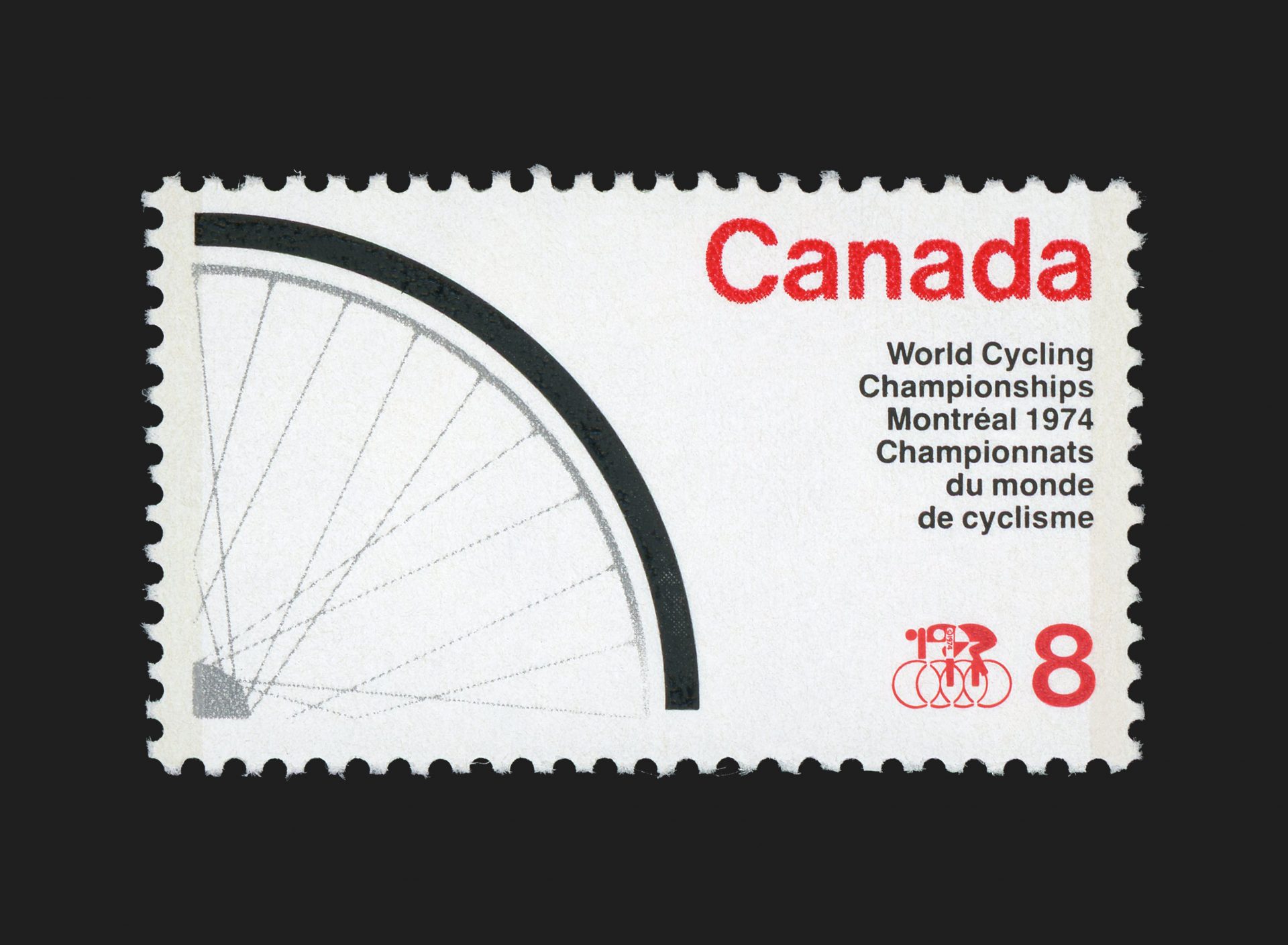 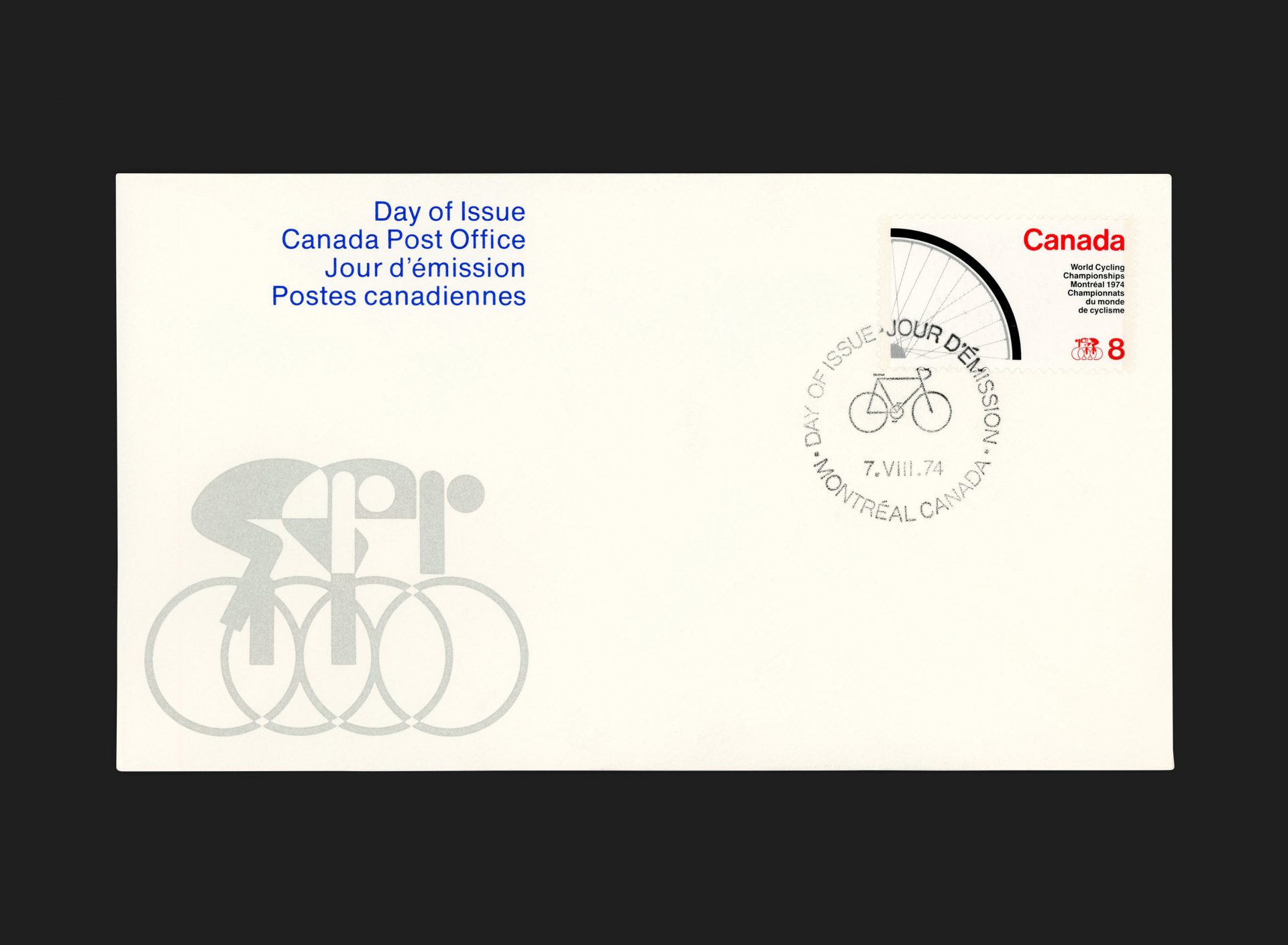 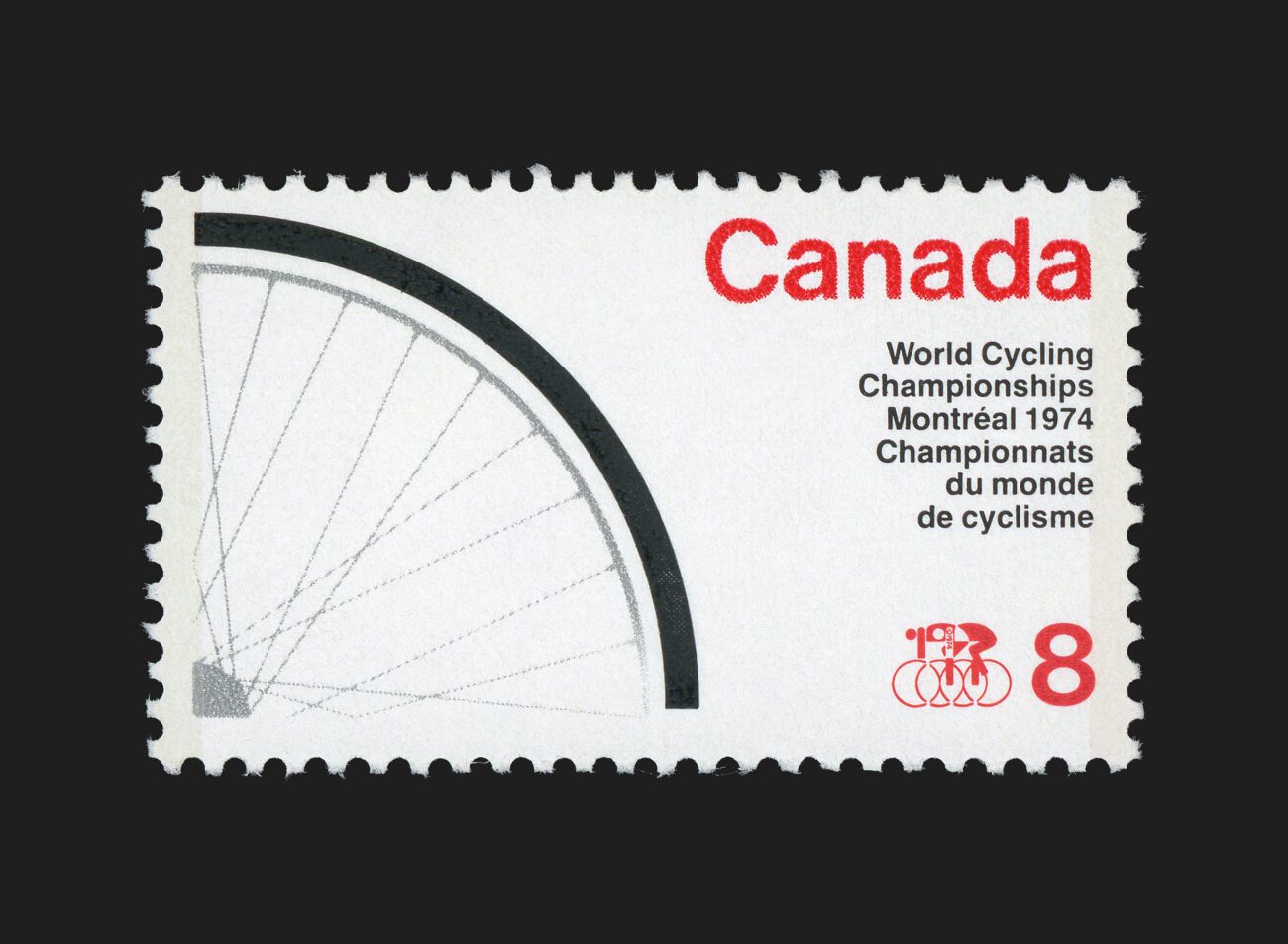 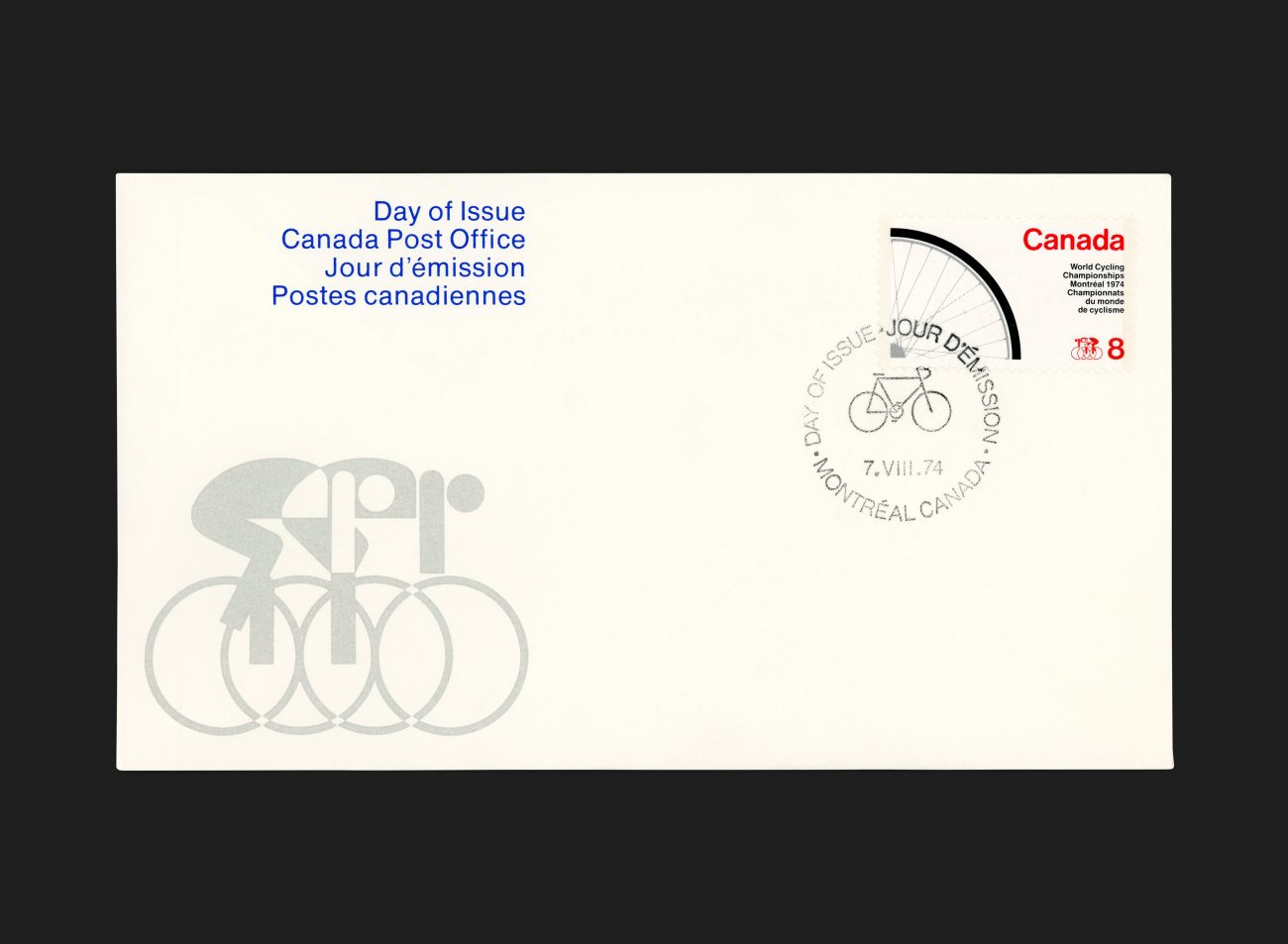 A major coup for Montréal, this was the first time that the World Championships had been held outside of Europe for over 60 years. It also made headlines as it was here that the great Eddy Merckx secured his famous triple crown (winning the Giro d’Italia, Tour de France and World Championships in the same year). He was the first rider ever to achieve this, and remains one of only two to this day. This commemorative stamp features a quadrant of a bicycle wheel and supporting type, together with the event logo used for the wider games (designer TBA). Standout design details include — the spokes of the wheel being printed metallic silver, and the date of the stamp being hidden on the upper arm of the second cyclist of the logo (on stamp only, not FDC).