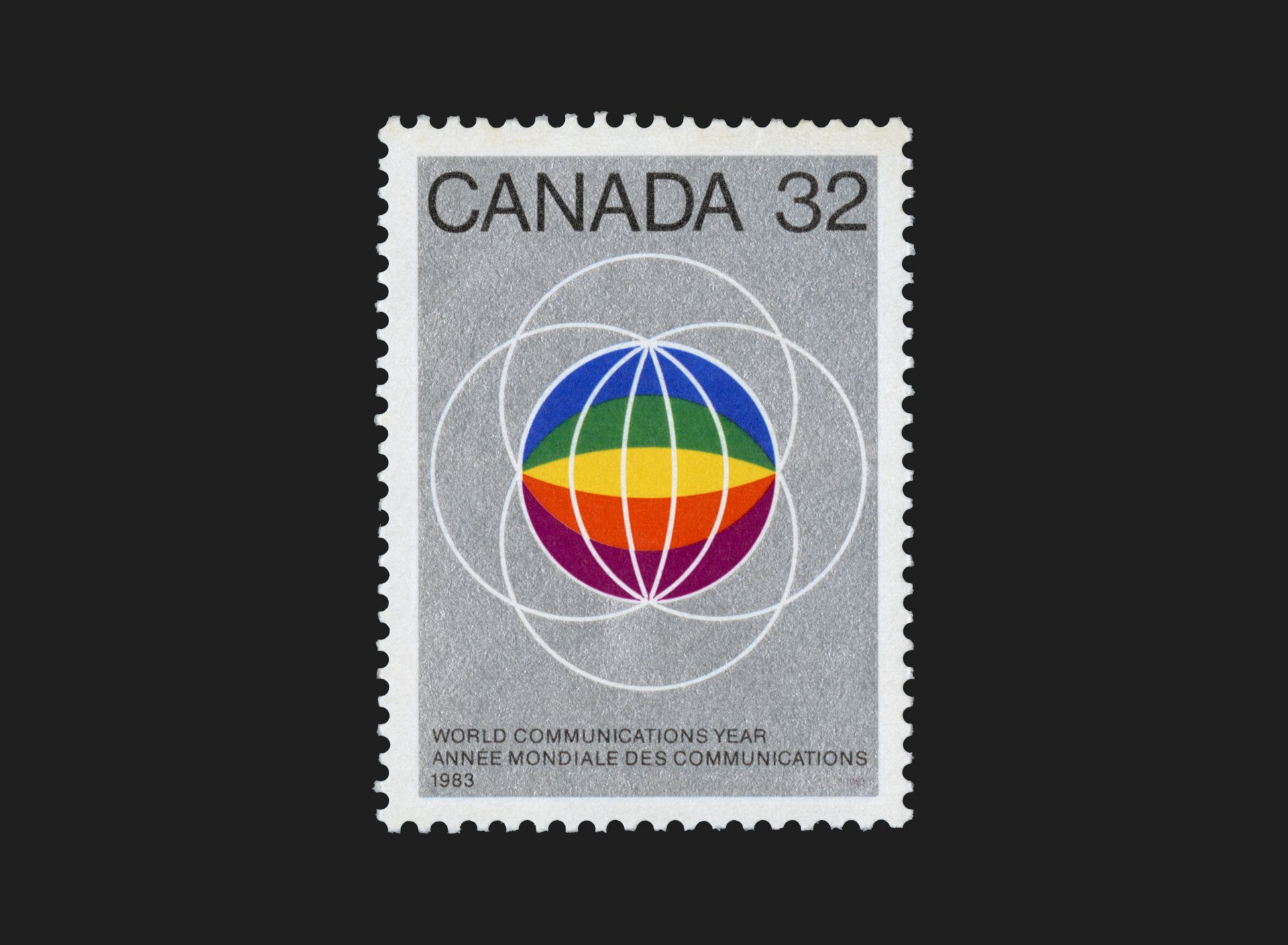 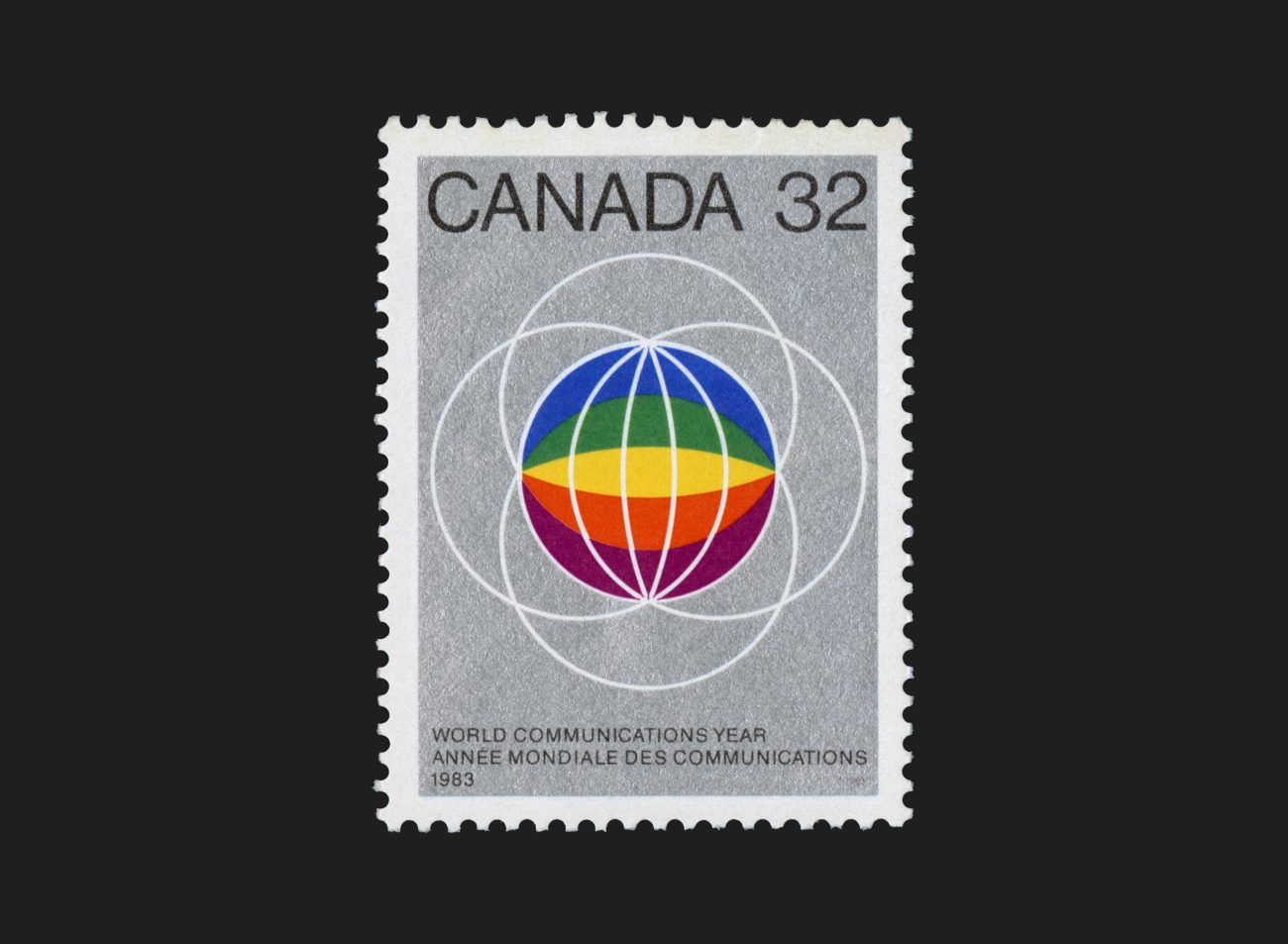 The World Communications Year stamp was designed by Montréal based Raymond Bellemare. His solution incorporates a symbolic rainbow coloured globe, surrounded by orbits (created from 4 overlapping circles) — suggesting the universal nature of communication and the impact of technical innovation. The stamp’s printed background is a striking metallic silver with typography printed in black in and set in Helvetica throughout.