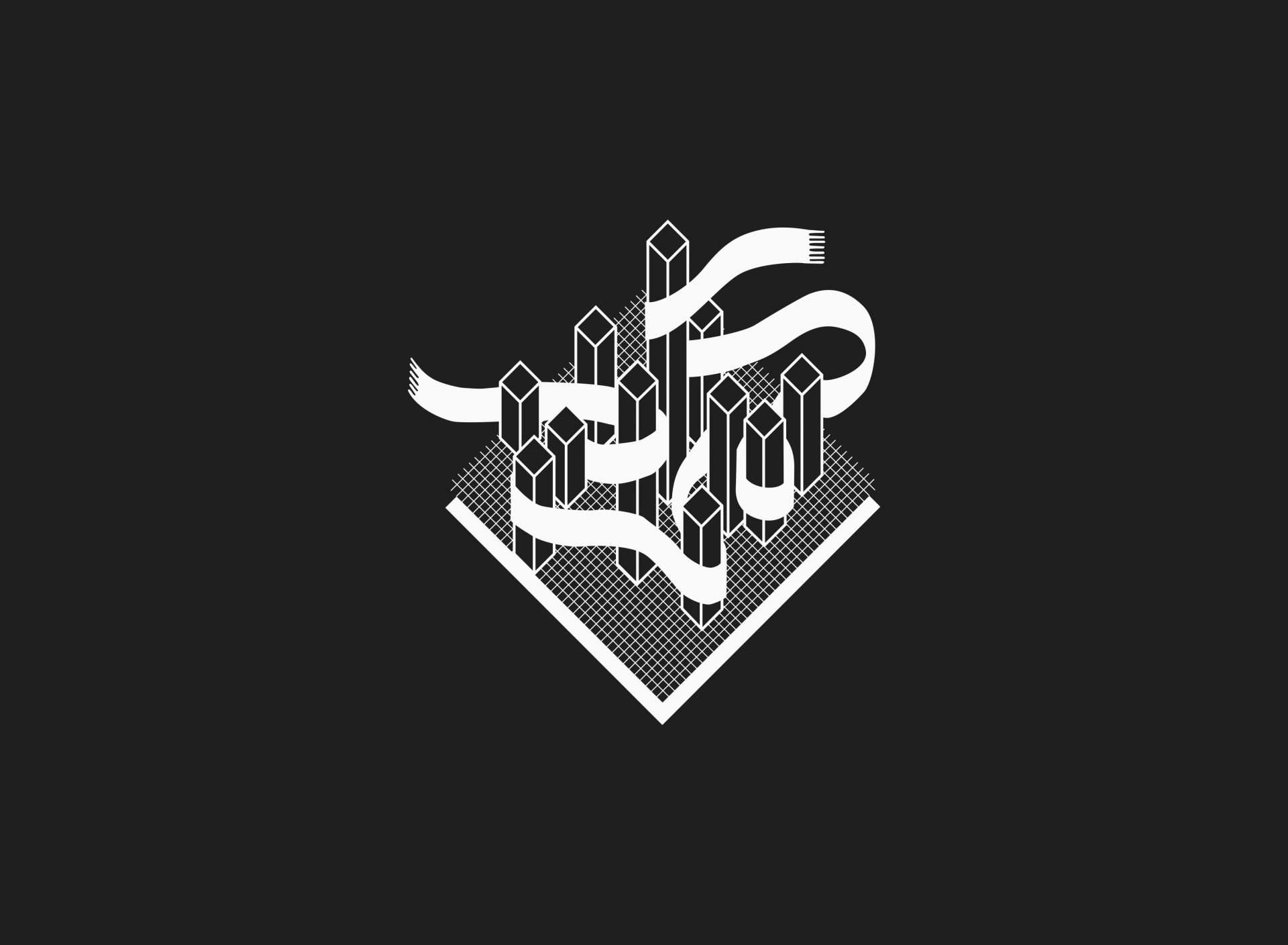 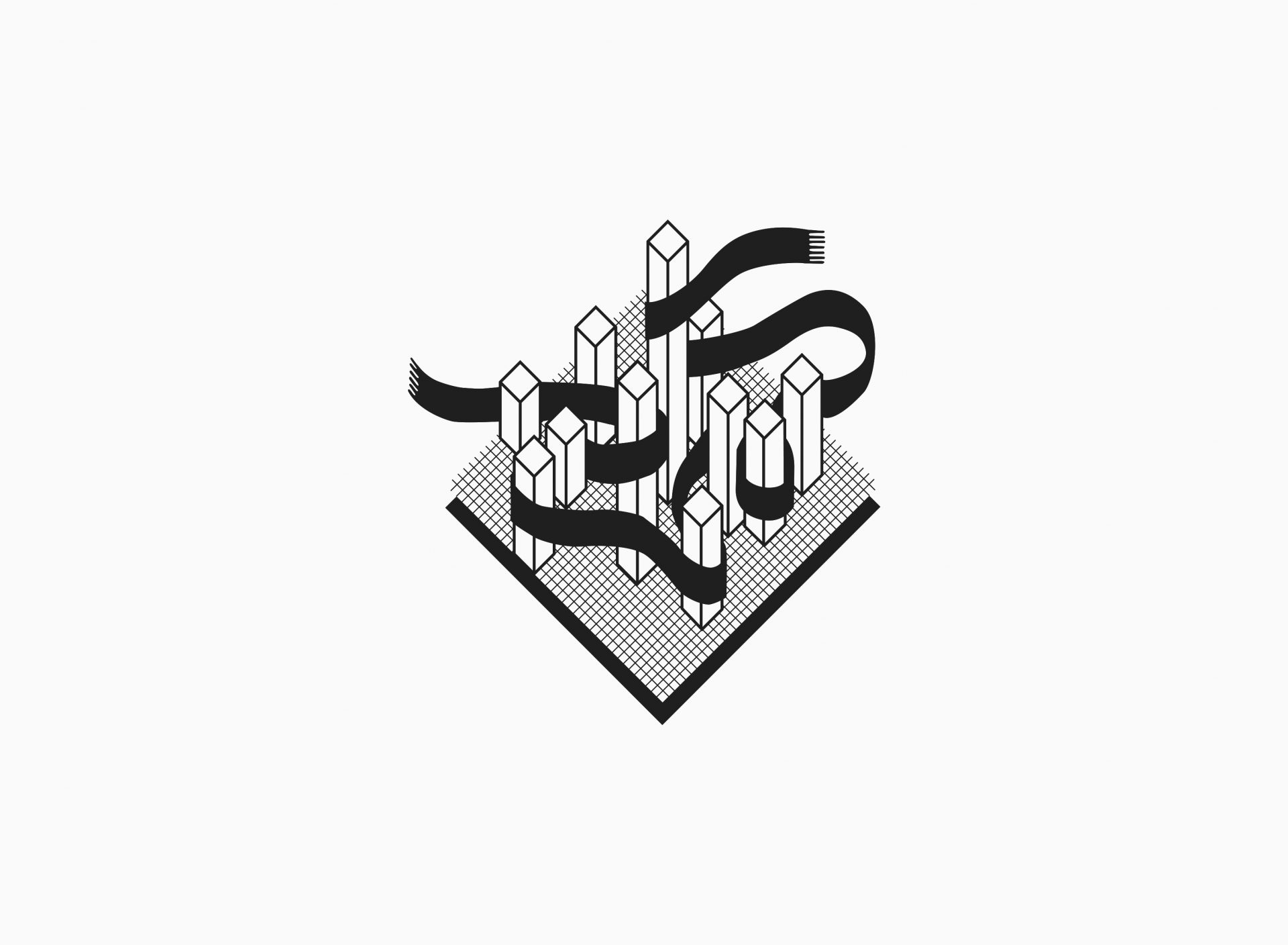 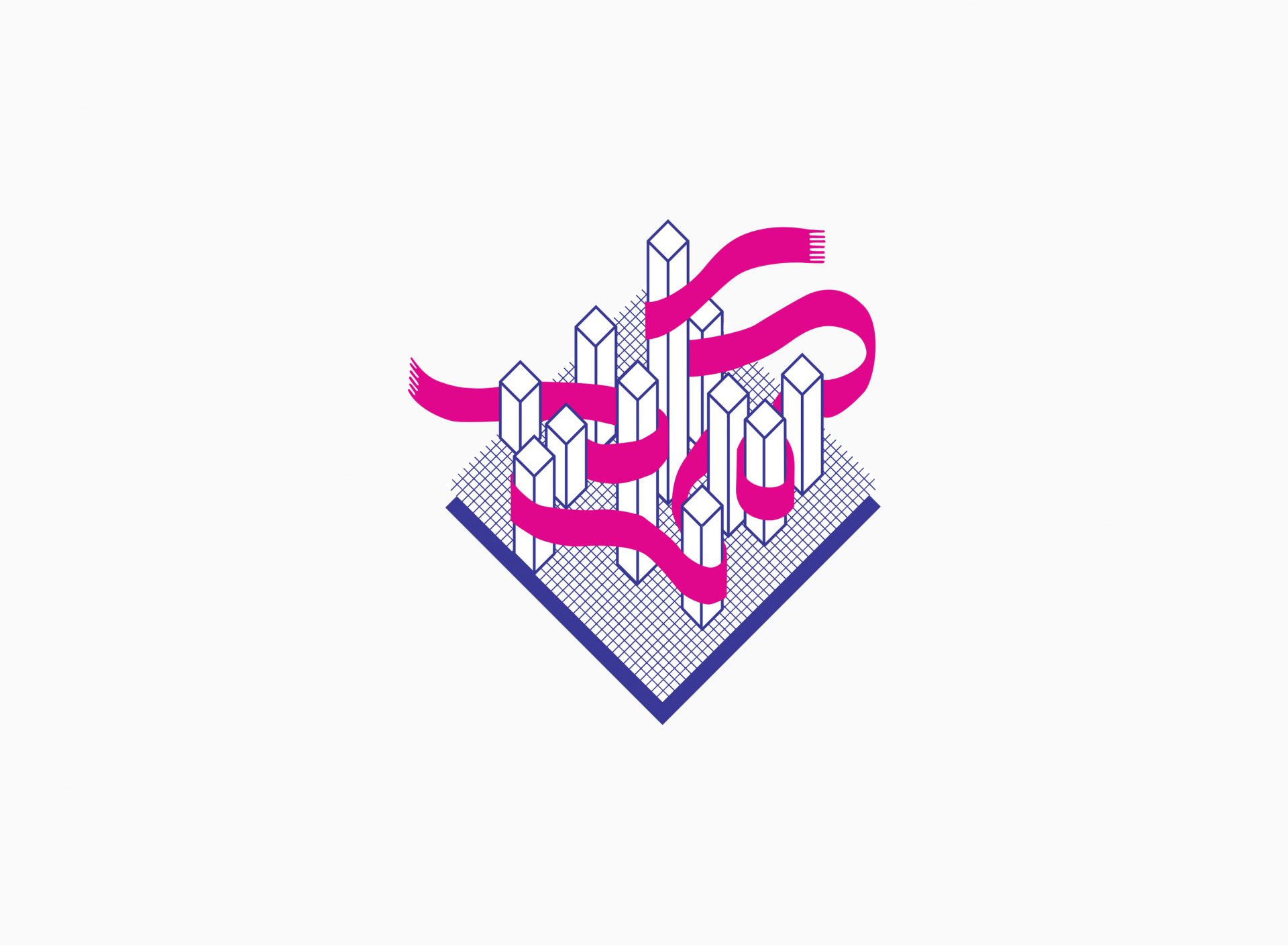 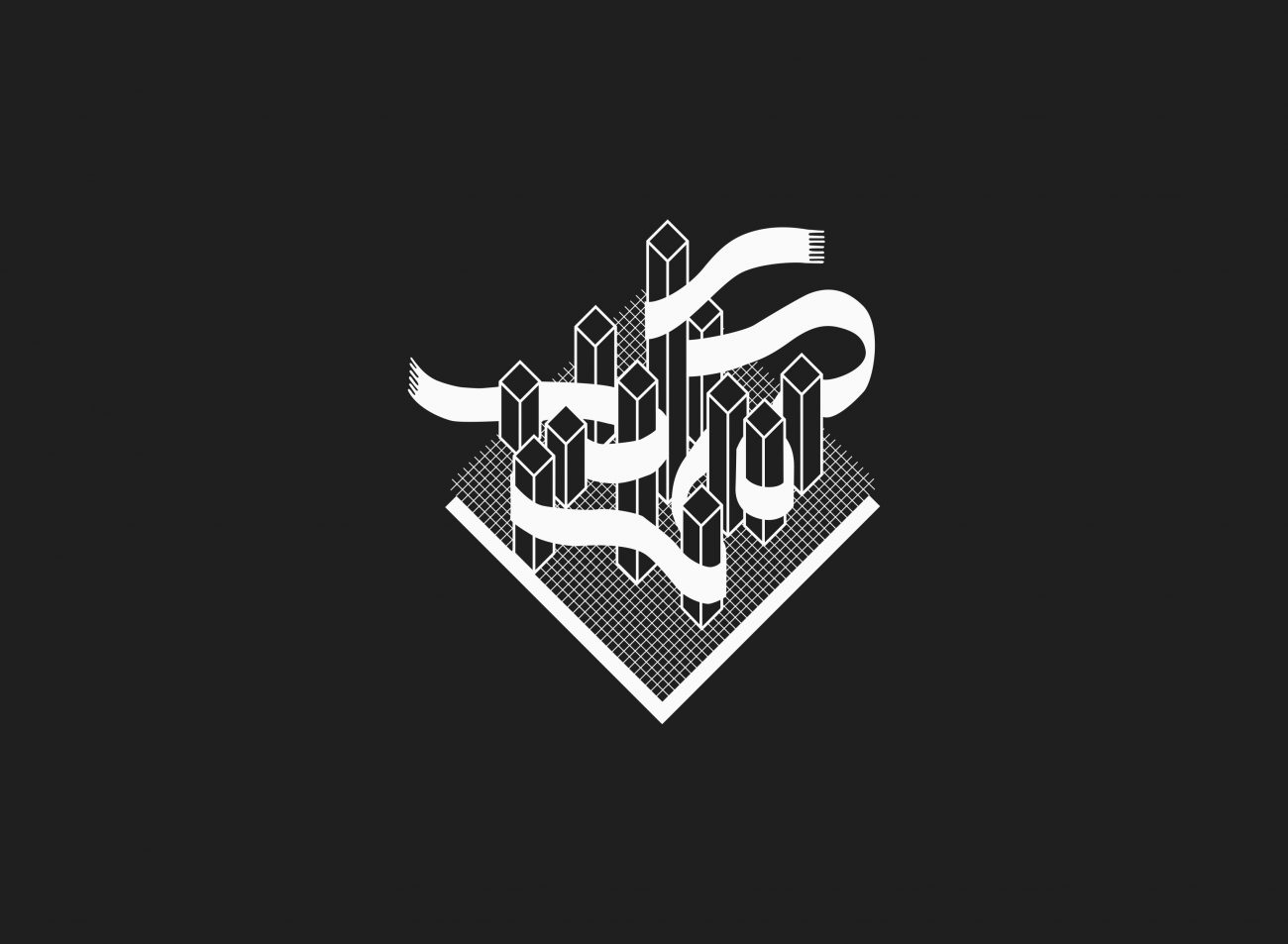 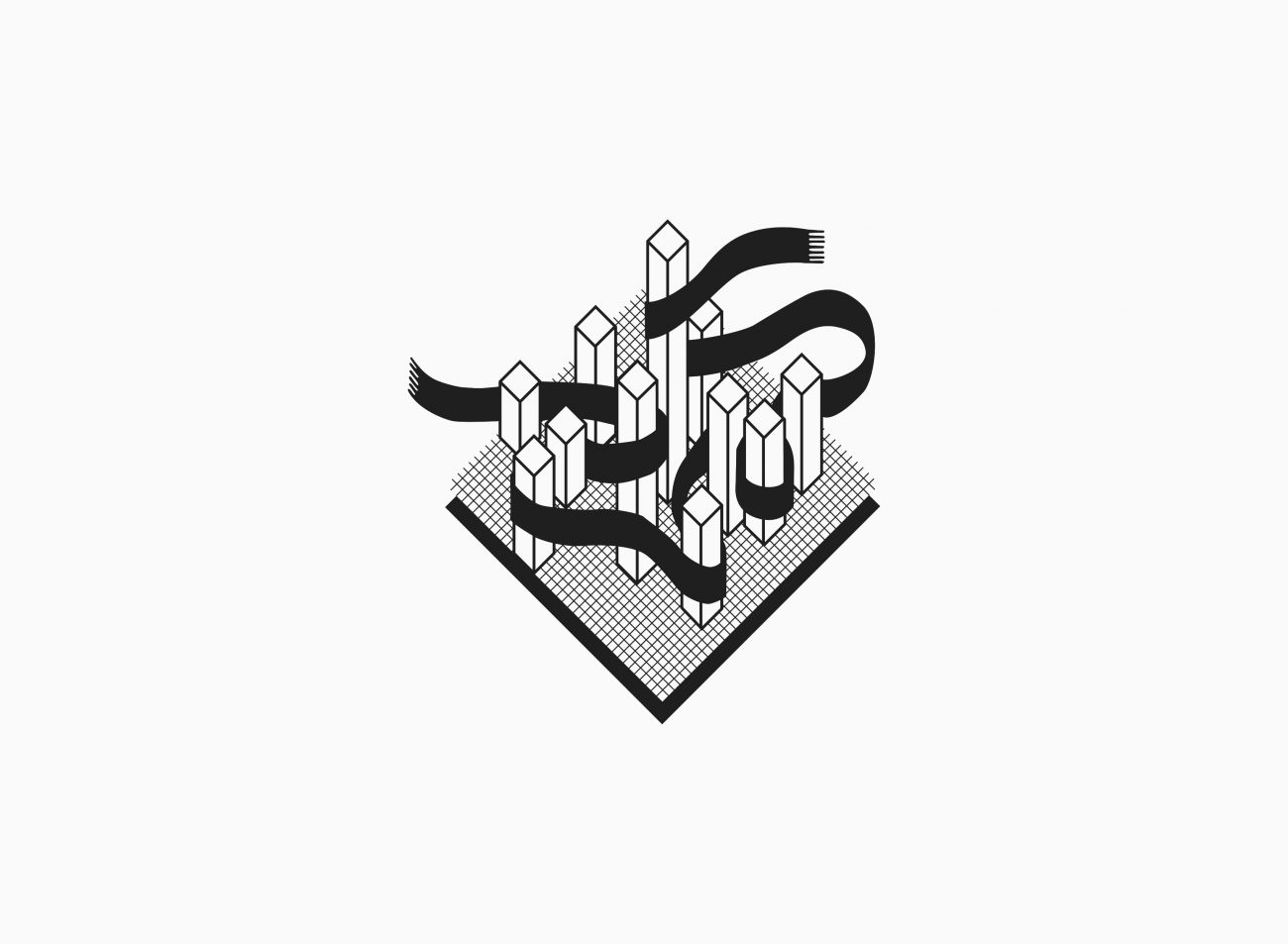 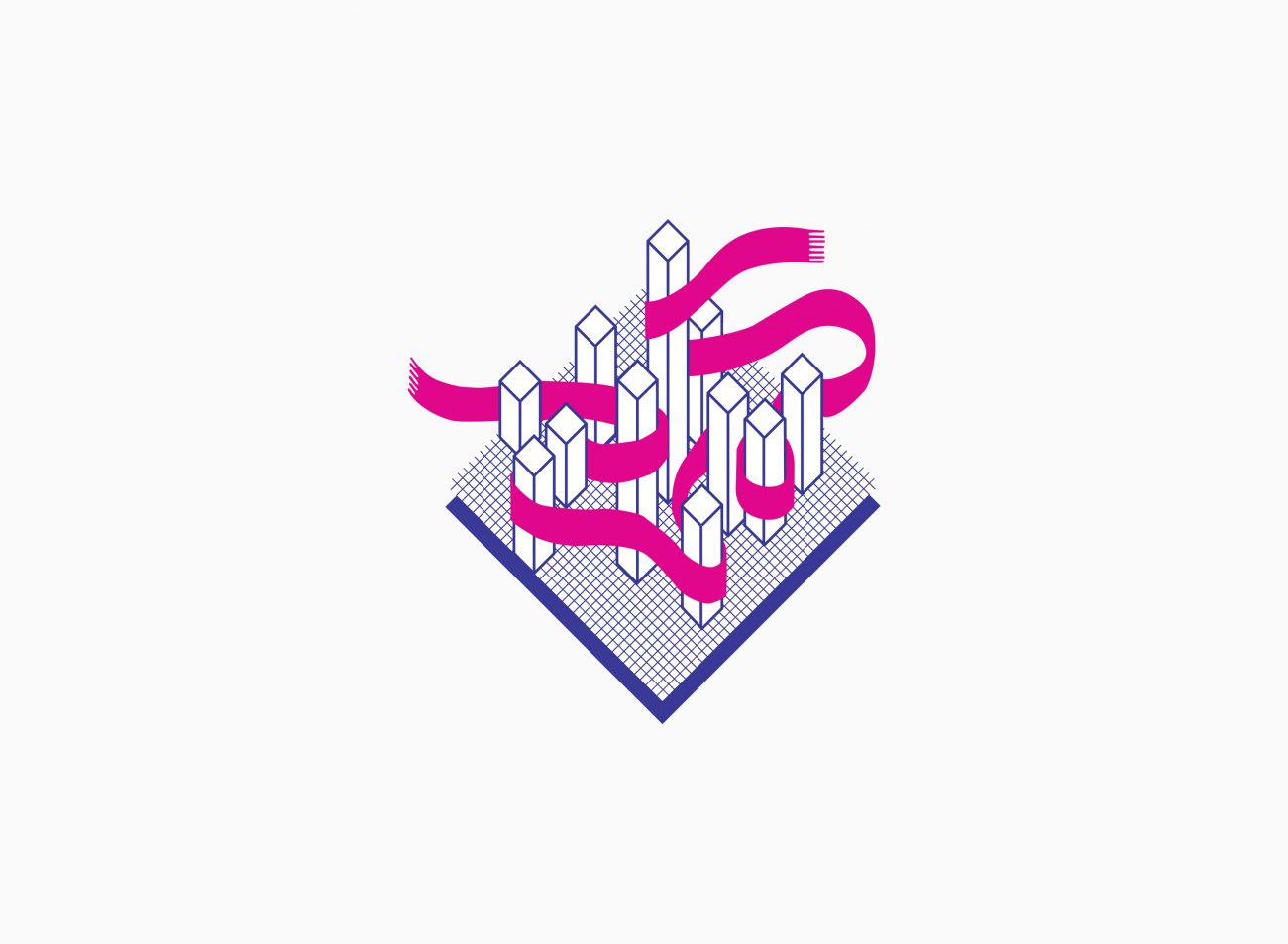 Winter Cities is an international forum where ideas are exchanged on how cities can be made more liveable in winter. Those attending learned the effects of low temperatures on people and the high-tech solutions to such problems. It had been held previously in Sapporo, Japan (1982) and Shenyang, China (1985). When Edmonton hosted the 1986 conference, Wei Yew was commissioned to develop the identity.

The conference must have had plenty to talk about, since Edmonton at that time was in the grip of a cold spell, with afternoon highs averaging -20°C. The playful and literal logo shows the city being dressed in a scarf, threading between the buildings as they huddle together for warmth. It juxtaposes the hard (cold), mechanical feel of the city against the soft (warm), flowing human scarf. Colour further reinforces this philosophy.