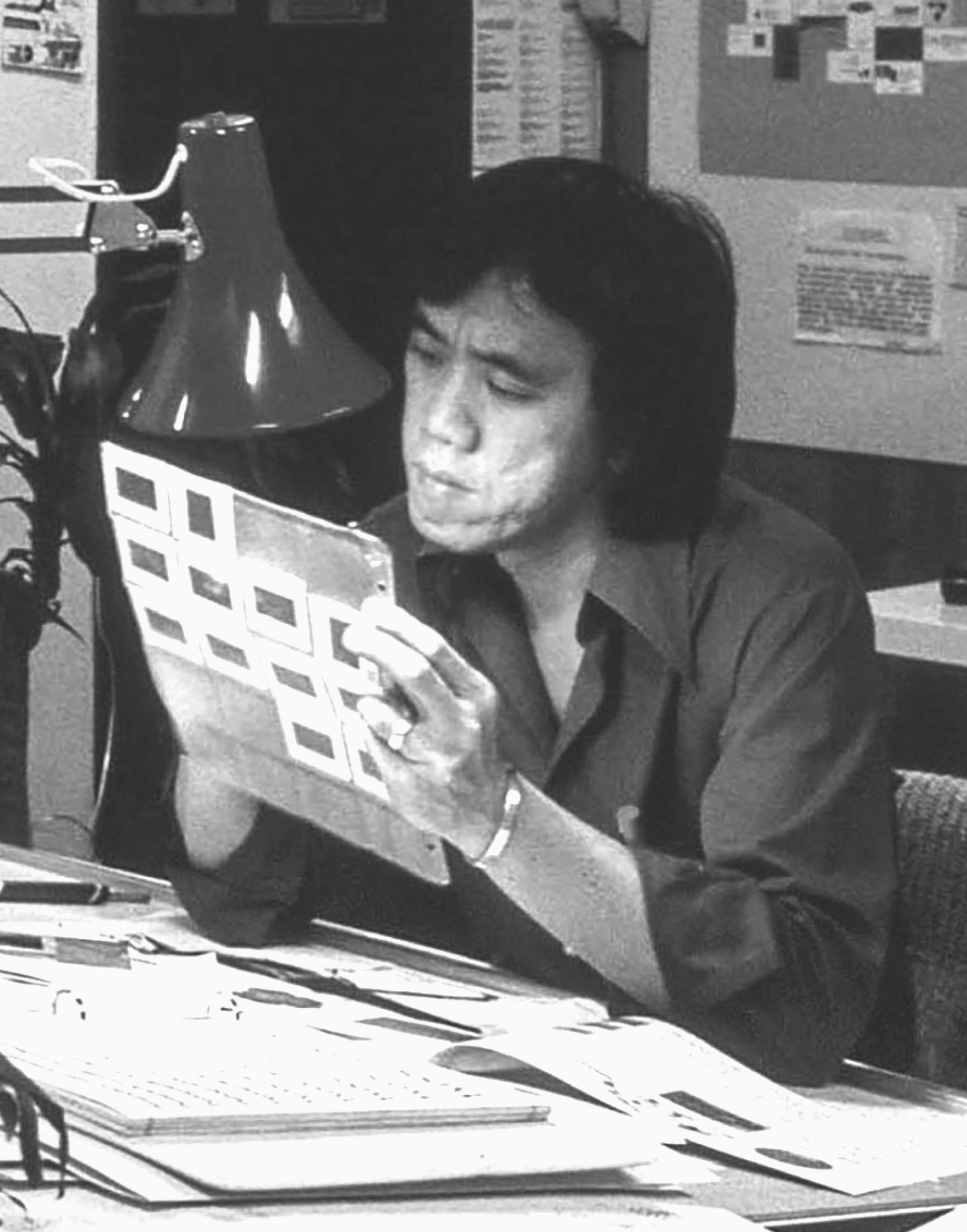 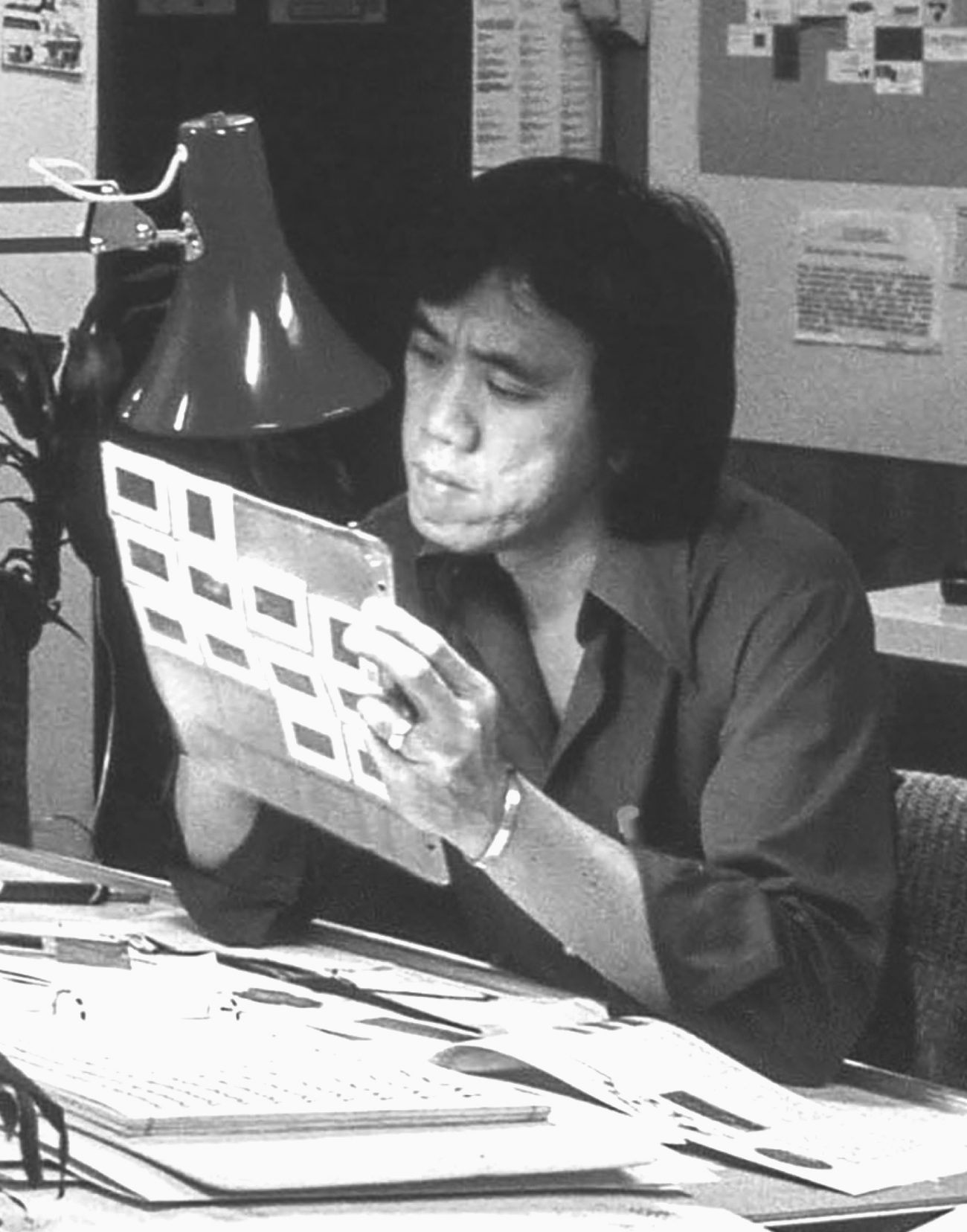 Wei was born in Singapore in 1943, a family of 8 living in a tiny house. His father, an electrician, encouraged him to become a lawyer or a doctor, but Wei’s creative talents led him in a different direction and he spent three and a half years training to be an architect. In the late 60s he started his architectural career in Singapore, but he soon became frustrated by the many and various building codes, by-laws and technical restrictions that he felt were stifling his creativity.

“I didn’t want to spend the whole of my life being held hostage by a bunch of municipal guys who determine the city’s generation. So I decided to go to art school.”

After art school Wei started working as a graphic designer, and his first big break came when a client suggested he work with Henry Steiner (the Hong Kong-based Austrian branding expert and leading exponent of cross cultural design), who also worked for Wei’s client in producing wayfinding signage. Steiner’s work was well known and celebrated throughout Asia at the time, so Wei jumped at the chance to learn from such a luminary.

Wei journeyed to Hong Kong, where he spent two fruitful weeks shadowing Henry and absorbing every bit of knowledge that he could. This short period profoundly affected Wei’s approach and his understanding of design and would go on to inform and influence his career thereafter.

Wei continued to form connections with practitioners that he admired. Henry suggested he contact Pentagram in London, which he did, and then when Colin Forbes opened Pentagram’s New York office he visited him there as well.

In the early 1970s a good friend of Wei’s who was practising architecture in Britain took the decision to emigrate to Canada in search of better work/life opportunities. By 1975 his friend had settled in Prince George, BC, and he contacted Wei to suggest he join him there, as his employer had plenty of wayfinding signage work that needed doing. Singapore was becoming much more crowded at that time, and so in 1976 Wei moved to Canada. He was amazed how much space there was, and how few people.

A couple of months after arriving his friend relocated to Vancouver leaving Wei feeling a little unsure about his decision. He had plenty of signage work from the architecture firm of Desmond Parker but felt the need to do more, and so moved to Edmonton where a friend from Singapore was also living. Wei had originally thought he would end up in Vancouver, but as it happened Edmonton became his permanent home. He interviewed for 2 jobs and was offered both, and spent the next three years working for a graphic and interior design firm, Hoffman & Associates.

In 1980 Wei and another designer called Tim Lau left Hoffmann & Associates to start their own firm called Studio 3 Graphics, in partnership with James Mah, who had been working in public affairs on a number of Government contracts. Clients included the Edmonton Public Library, for whom Wei produced signage and visual image design for many years. Another early signage commission was for the Edmonton Conference Centre (now the Shaw Centre).

The studio name was hastily chosen for their first client contract, reflecting the firm’s 3 partners at launch. However, James left after only a month, and Tim stayed for 4 years before leaving for San Francisco in search of warmer climes.

It’s interesting to note the modernist principles evident in these early projects, in contrast to the prevailing aesthetic at that time. Wei’s progressive outlook extended beyond their design principles, and his company was an early adopter of computer technology, starting with the purchase of an Apple Lisa in 1983.

In the fall of 1983 Wei secured a major commission from the Royal Tyrell Museum of Palaeontology, located in the heart of the Canadian Badlands, near Drumheller, Alberta. Having sole responsibility for a prestigious museum branding project was daunting at first, so he called on his old friend Colin Forbes and suggested he pay him a visit to help out. Colin agreed and invited Pentagram co-founder and architect Theo Crosby to come as well. With their consultation and experience, the resulting work was a resounding success.

In 1985 the firm invested in a Qolor Lightspeed, only the second of its kind in the country. It was purchased with a Government interest-free loan for the (then) astronomical sum of $185,000, and was the first real graphics workstation. This provided the firm with a significant competitive advantage, as for the first time clients could see what their artwork would look like before it was actually printed.

The 1988 Calgary Winter Olympics provided a host of creative opportunities, but the politics of the event meant that designers not based in Calgary were given few opportunities to win work by the organizing committee. Having lost the pitch for the main identity program in 1984, Wei received a call in 1986 inviting his firm to bid for the Arts Festival that would accompany the Games, along with an assurance that politics would not get in the way of the selection panel. Studio 3 was awarded the contract but Wei was later informed by the President that he couldn’t do the job as he wasn’t a Calgarian. Wei offered to get an address in Calgary in order to satisfy the President, and then went on to deliver the entire 17-month, $2.5million project from his Edmonton studio (coming in $250,000 under budget).

In 1991 Wei met IOC President Juan Antonio Samaranch and proposed a book to mark the Olympic Centennial. Samaranch agreed and gave Wei access to the organization’s archives in Lausanne. Wei spent the next five and a half years researching, writing and designing the book, The Olympic Image, which was launched in 1996 just prior to the Atlanta games.

During the development of the book, the IOC also invited Wei to participate in a worldwide invitation-only design competition to create a logo for the Olympic Centennial. His design was shortlisted in the final three but was narrowly beaten by a submission from Bruce Blackburn (the ex-Chermayeff & Geismar designer who, together with his partner Richard Danne, created the infamous NASA ‘worm’ identity). Wei’s design was selected as the logo for the Olympic Truce initiative instead. For the first time in modern Olympic history, flags with this Olympic Truce symbol were flown during the 1994 Lillehammer Winter Games, and the warring factions in Sarajevo paused to observe the Truce.

Over his career Wei has collected many international design awards and been honoured by numerous prestigious bodies and publications. A proud Edmontonian, he was awarded the 1994 Mayor’s Award for Business & The Arts, as well as The City of Edmonton’s Salute to Excellence and the Queen Elizabeth II Diamond Jubilee Medal. In 2014 Wei was commissioned to design the Moriyama Royal Architectural Institute of Canada International Prize Award. In late 2017, his Polar Iconic Structure was installed at the entrance of the Canadian High Arctic Research Station, Cambridge Bay, Nunavut.

A prolific publisher, Wei has produced numerous books on graphic design (under his own publishing arm, Quon Editions). As well as The Olympic Image, these include “Noah’s Art: The Best of Zoo and Aquarium Graphics”, “Gotcha! The Art of the Billboard” (and its sequel, “Gotcha Twice!”) and “Pacific Rim: Works of Fifteen Pacific Rim Graphic Designers”.

In 2002 Wei rebranded Studio 3 and became Wei Yew & Co, combining his work as a designer with lecturing, serving on the teaching staff at Grant MacEwan University and DevStudios eMedia Design School in Edmonton. He has also worked as a sessional lecturer at the University of Alberta, Edmonton Digital Arts College (formerly Guru Digital Arts College) and Pixel Blue College.