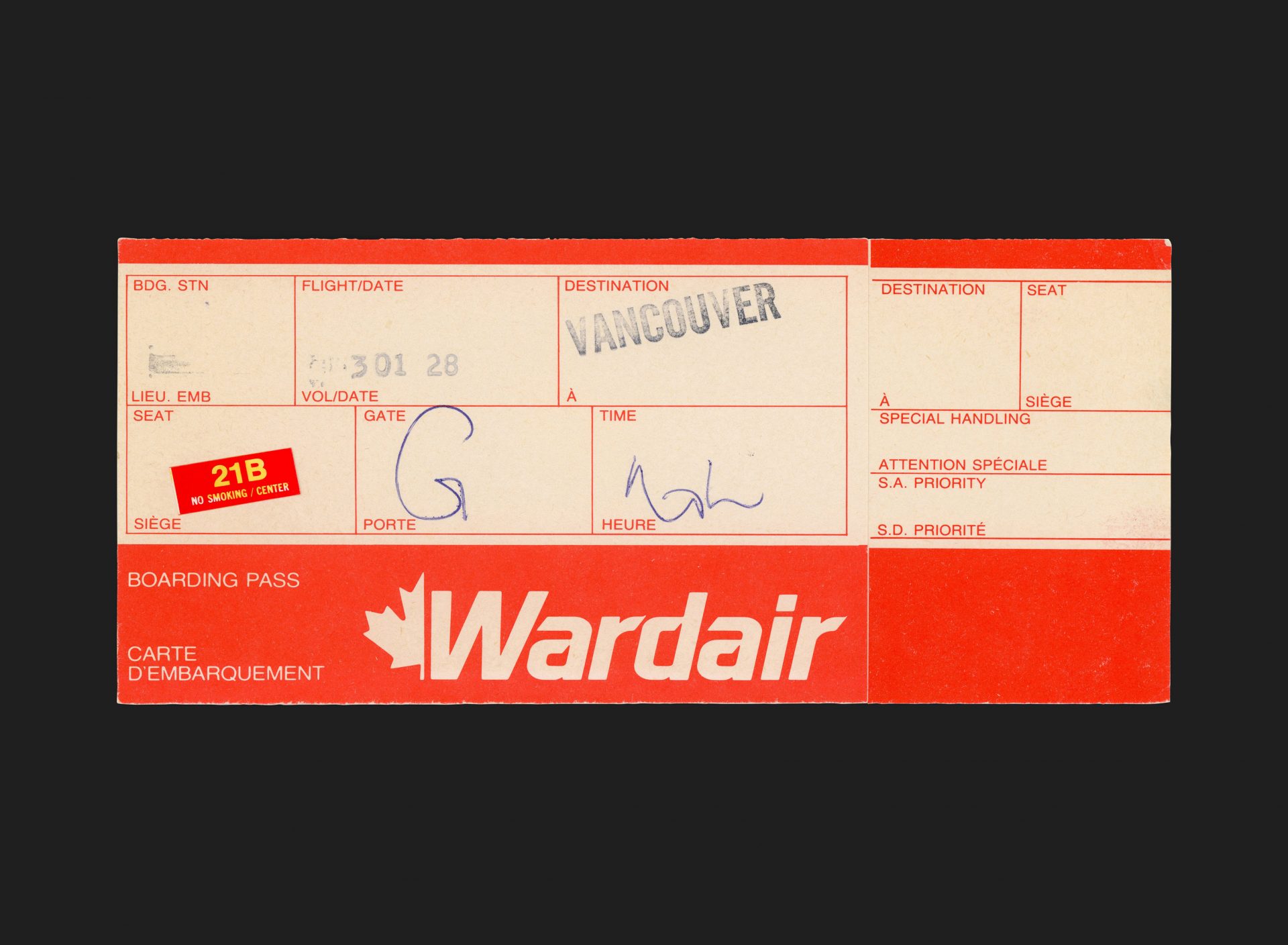 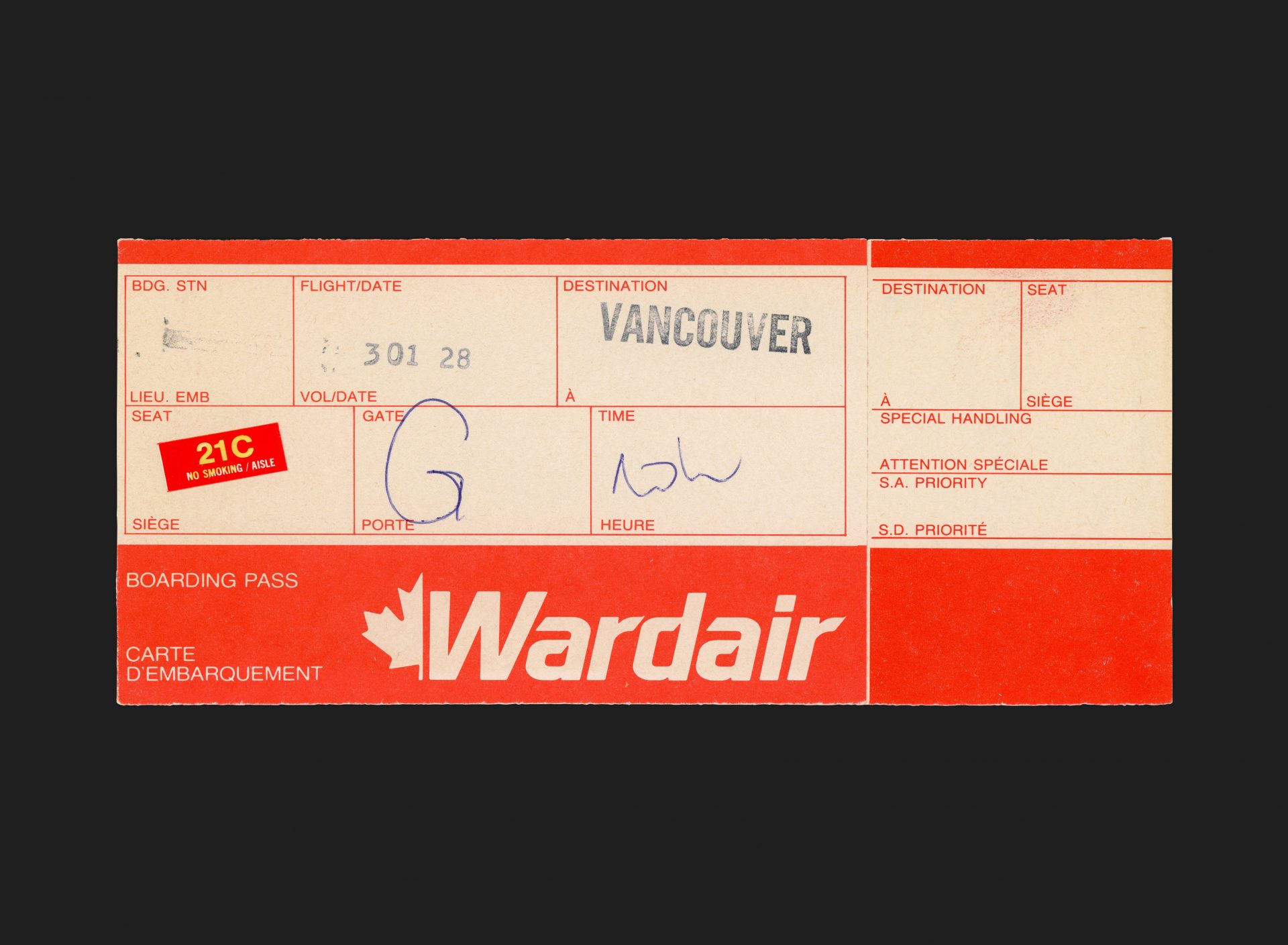 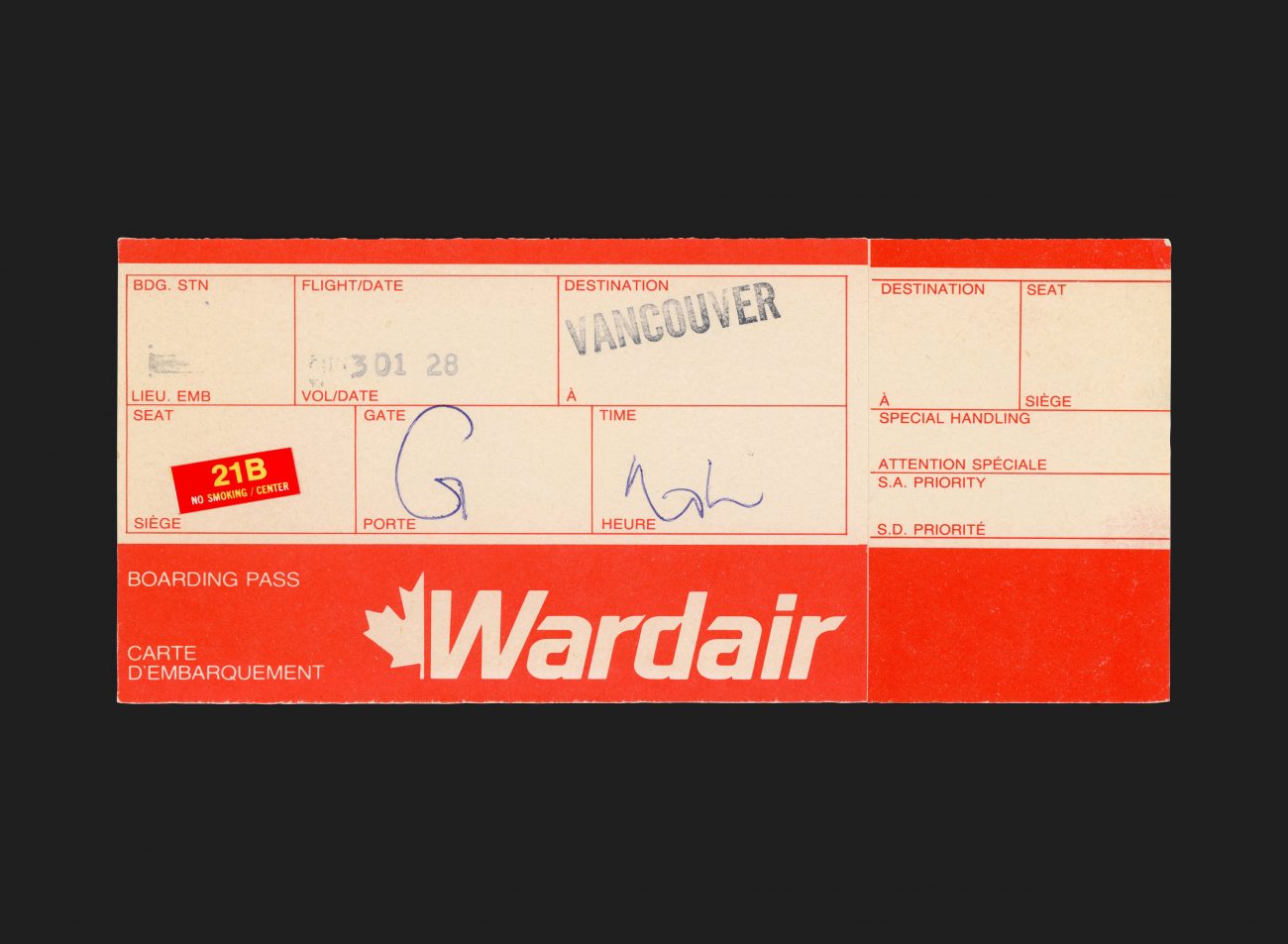 Wardair was a privately run Canadian airline, founded by Max Ward in 1952, and based out of Edmonton, Alberta. In its heyday the airline provided domestic services in Quebec, Manitoba, Ontario, British Columbia and Alberta, as well as International services to Europe, the United States, and several Caribbean and South American countries. In 1989 the airline was acquired by and merged into Canadian Airlines

Before boarding cards were printed by computer, their personalized markings consisted of a combination of rubber stamping, stickers and handwritten details. The Wardair logotype was famously designed by Jim Donoahue, but the ‘half maple leaf’ was an addition developed by the airline, initially used in their advertising but subsequently applied to their identity — much to the disappointment of Donoahue.

This pair of tickets (found inside another artefact, possibly used as a bookmark, or for safekeeping on a trip) were for a trip to Vancouver, BC. Unfortunately we were unable to identify the departure city / airport.