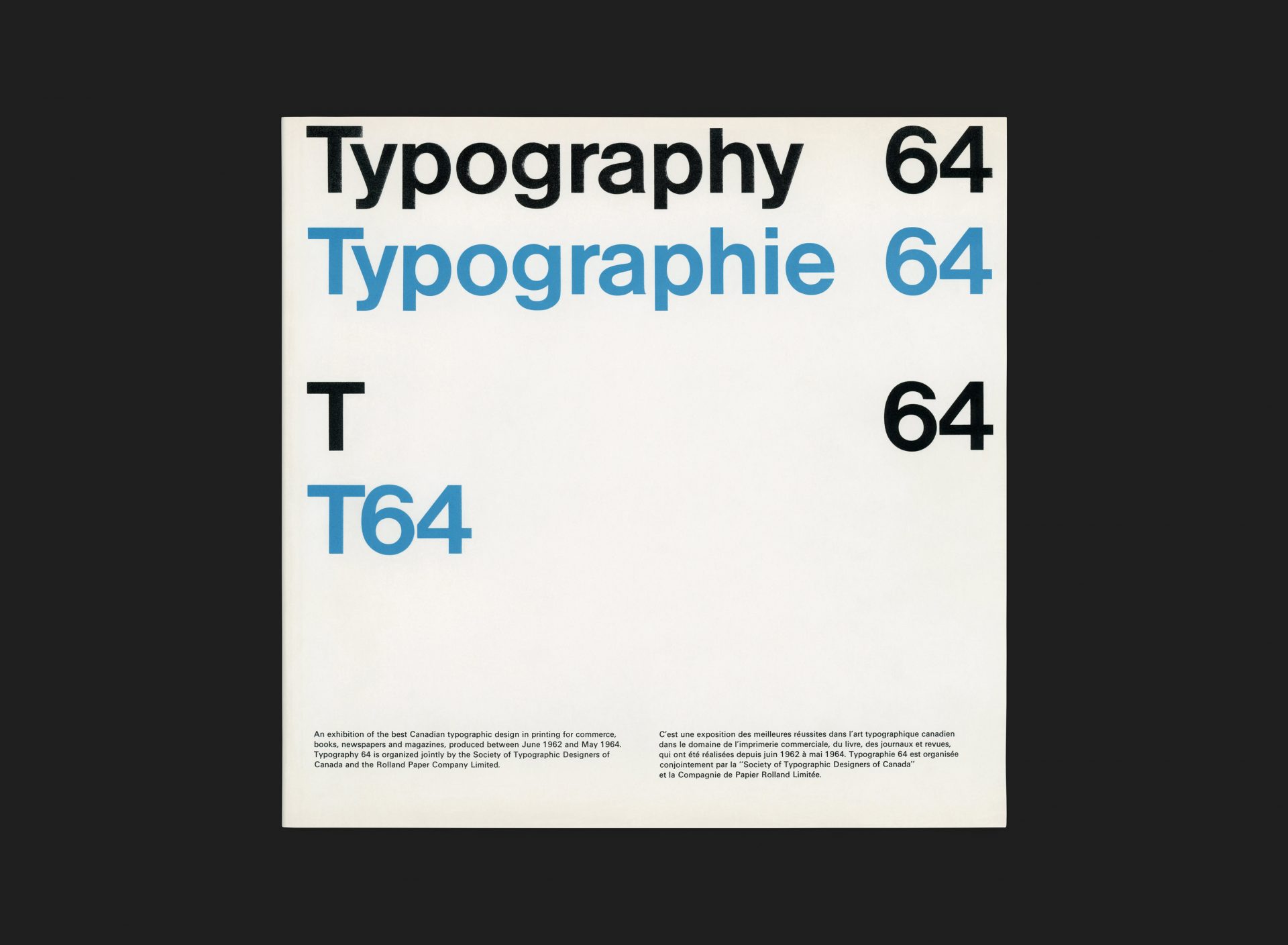 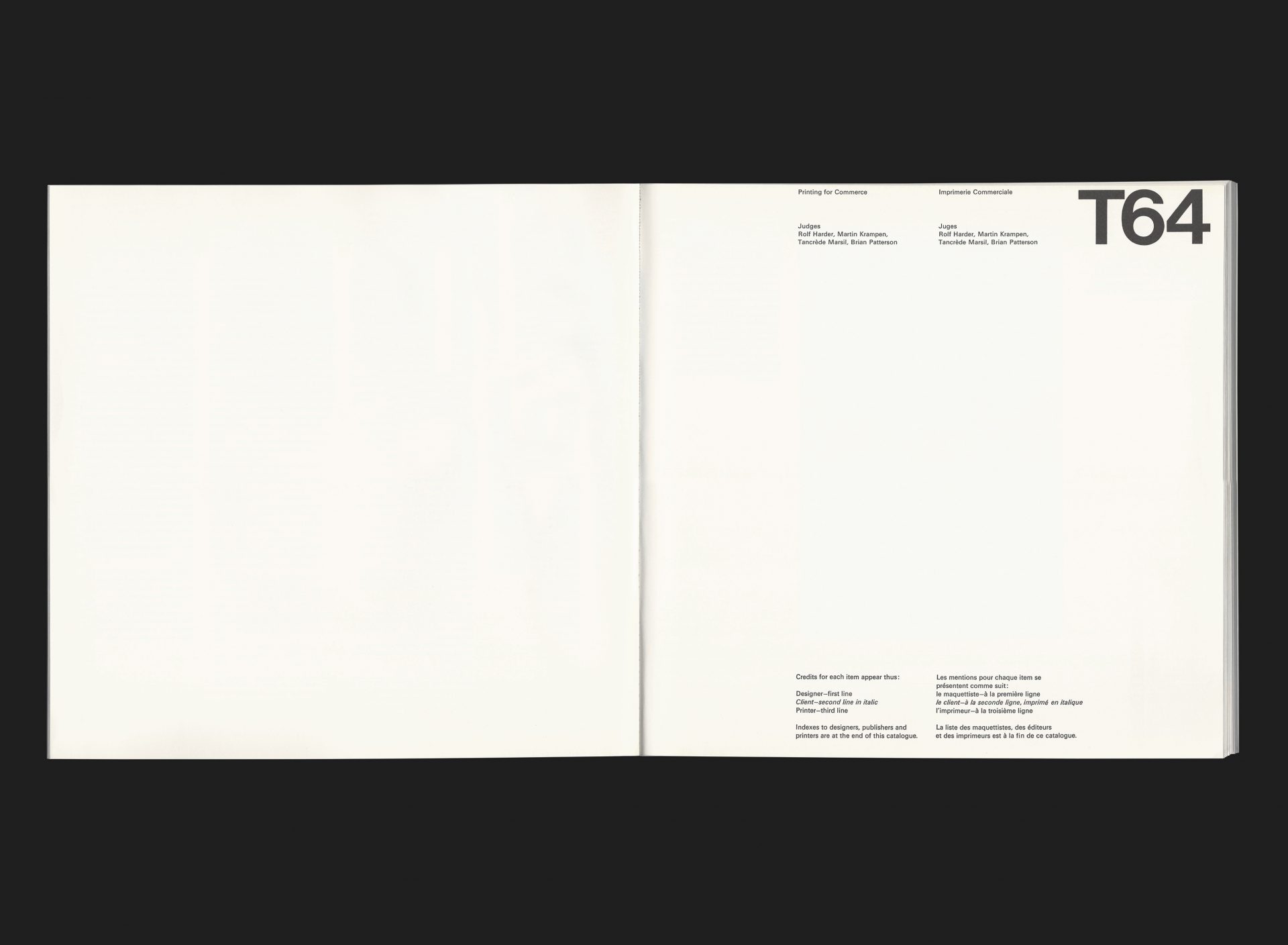 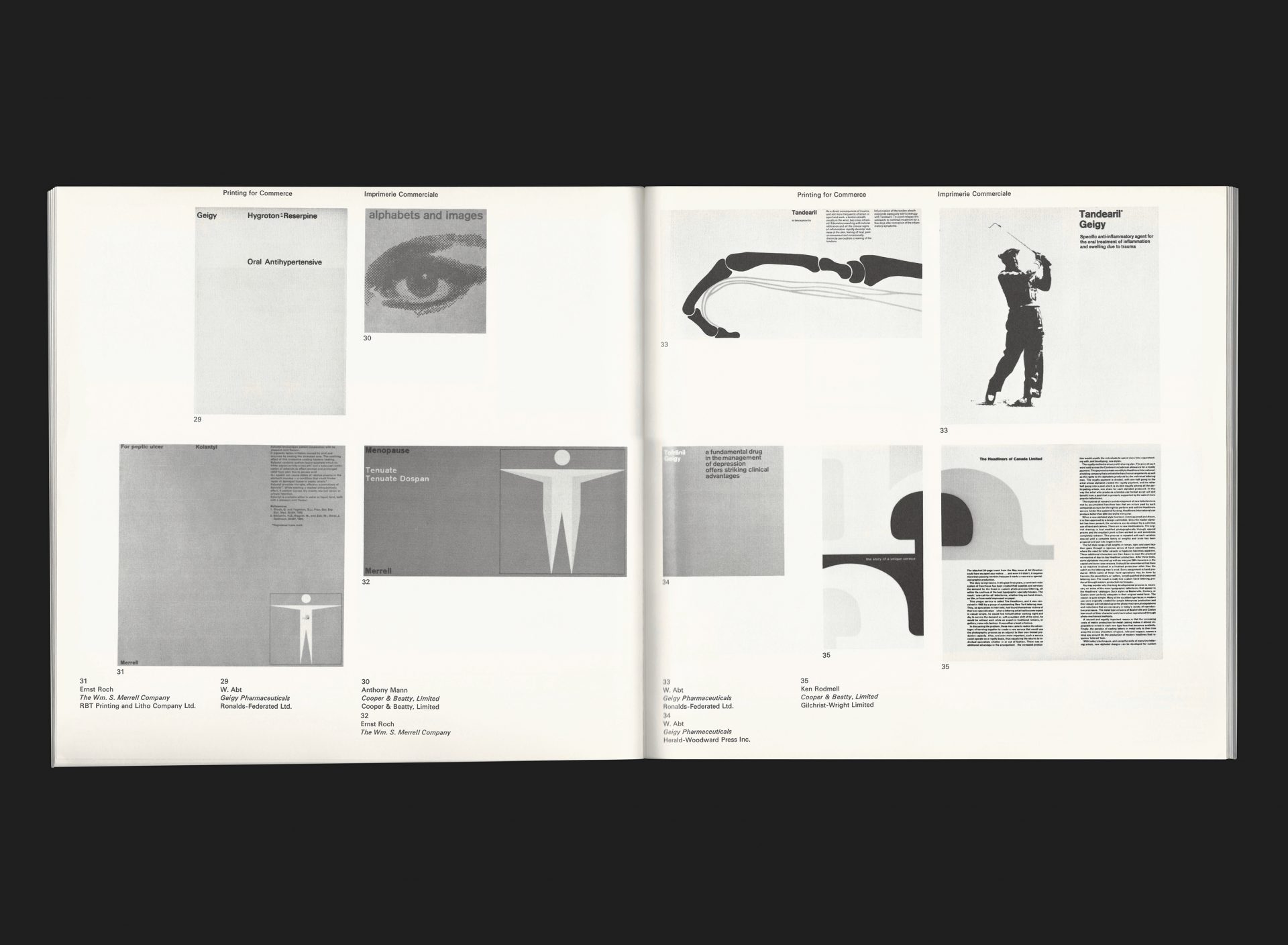 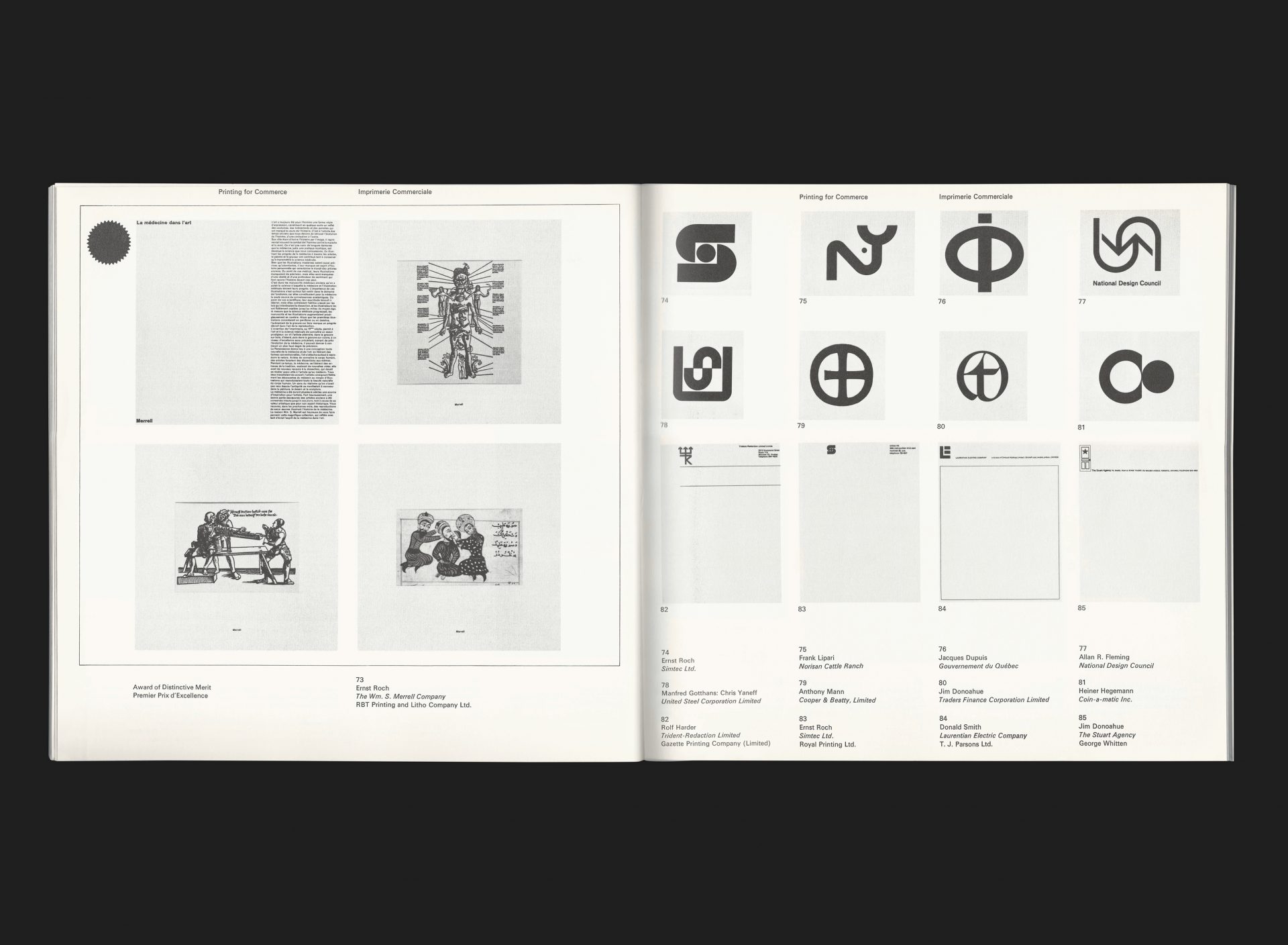 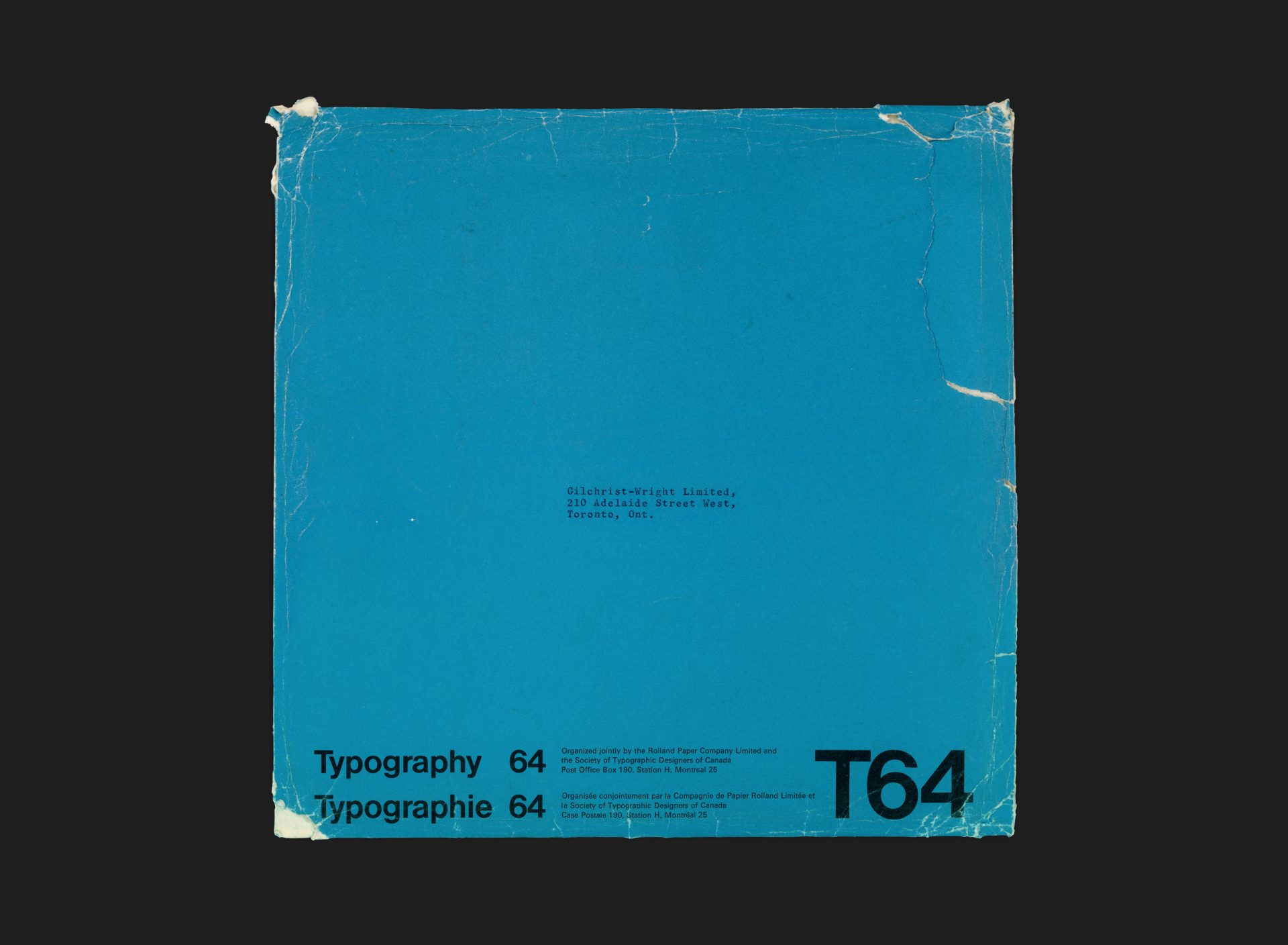 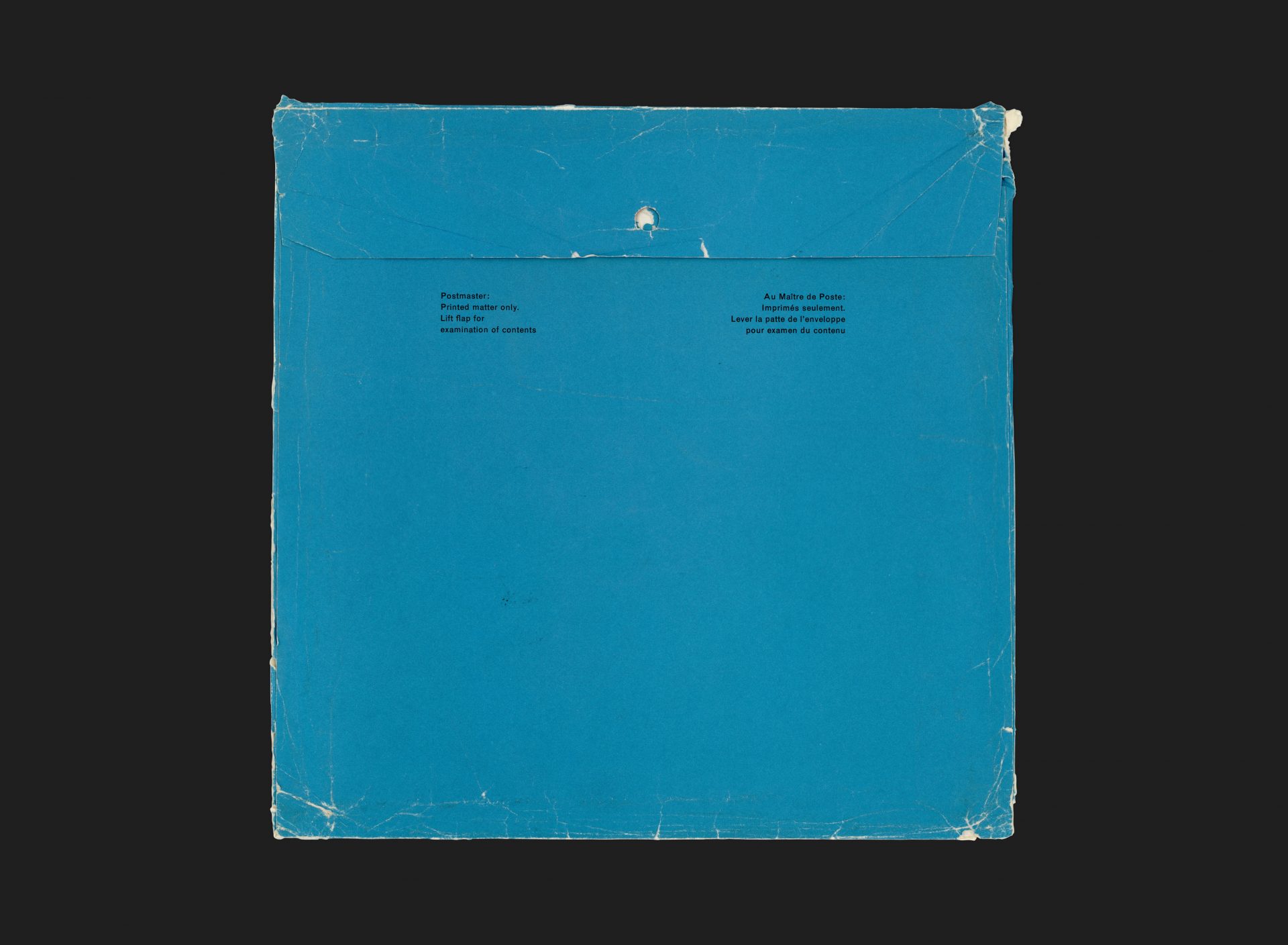 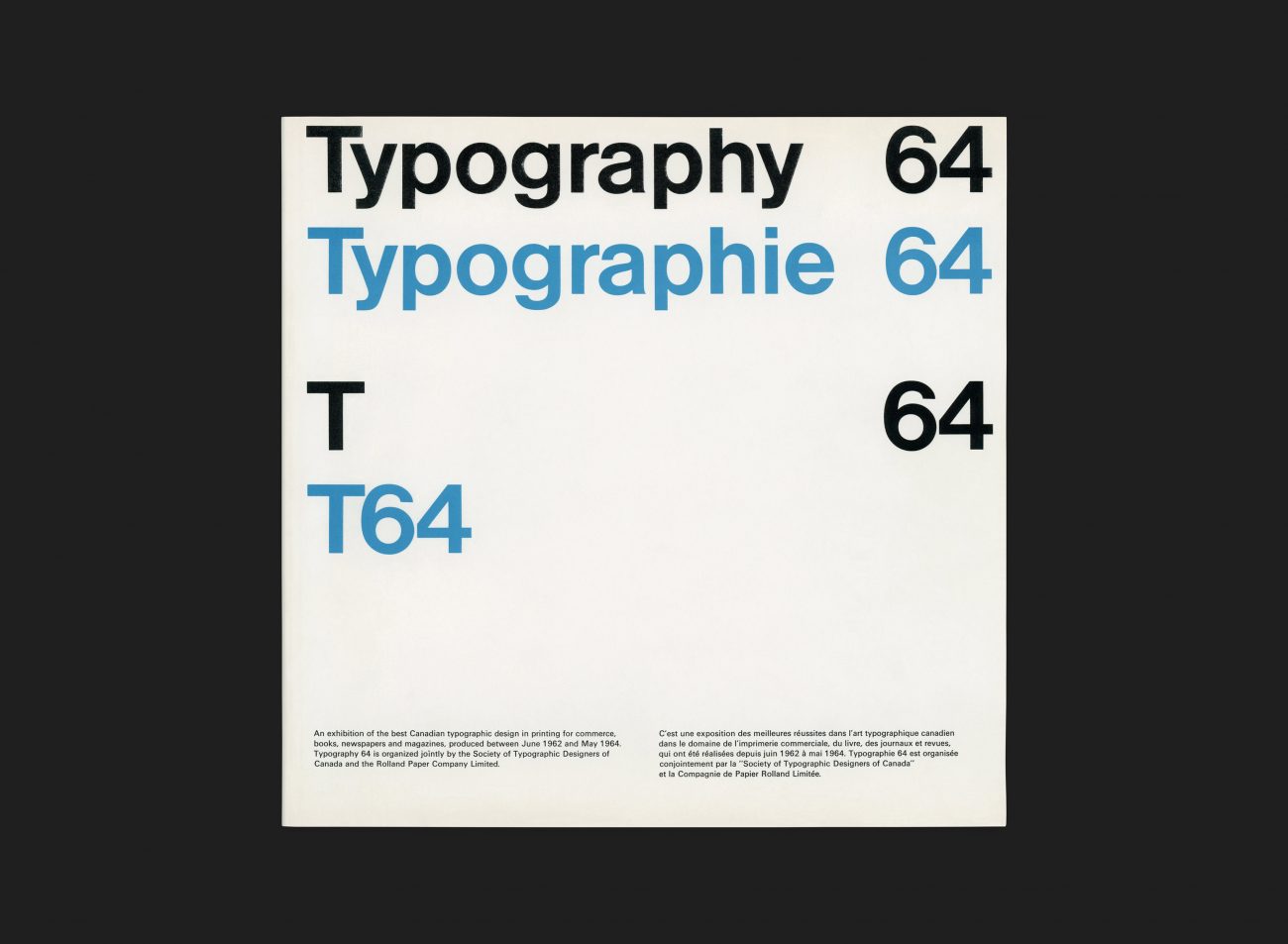 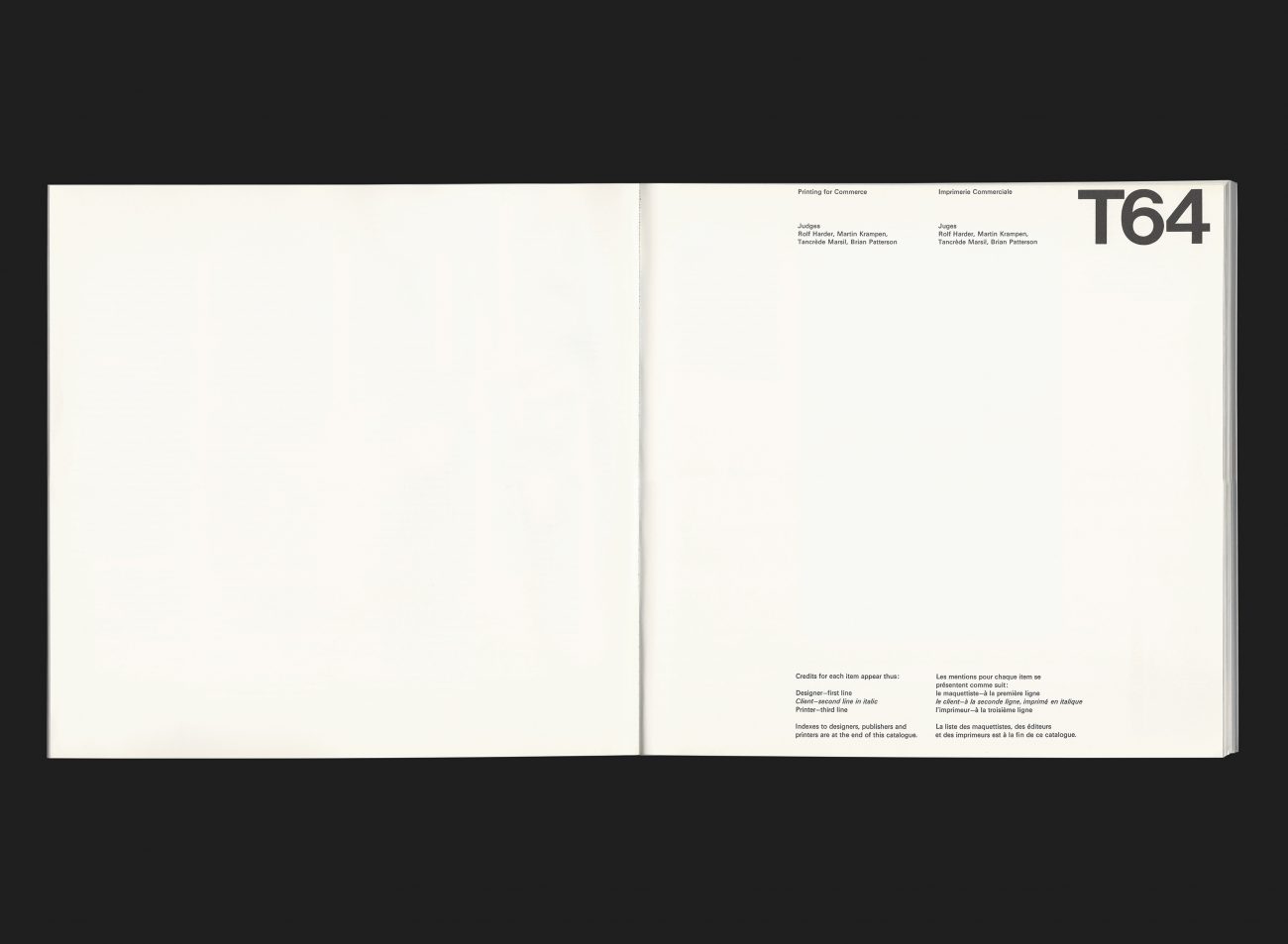 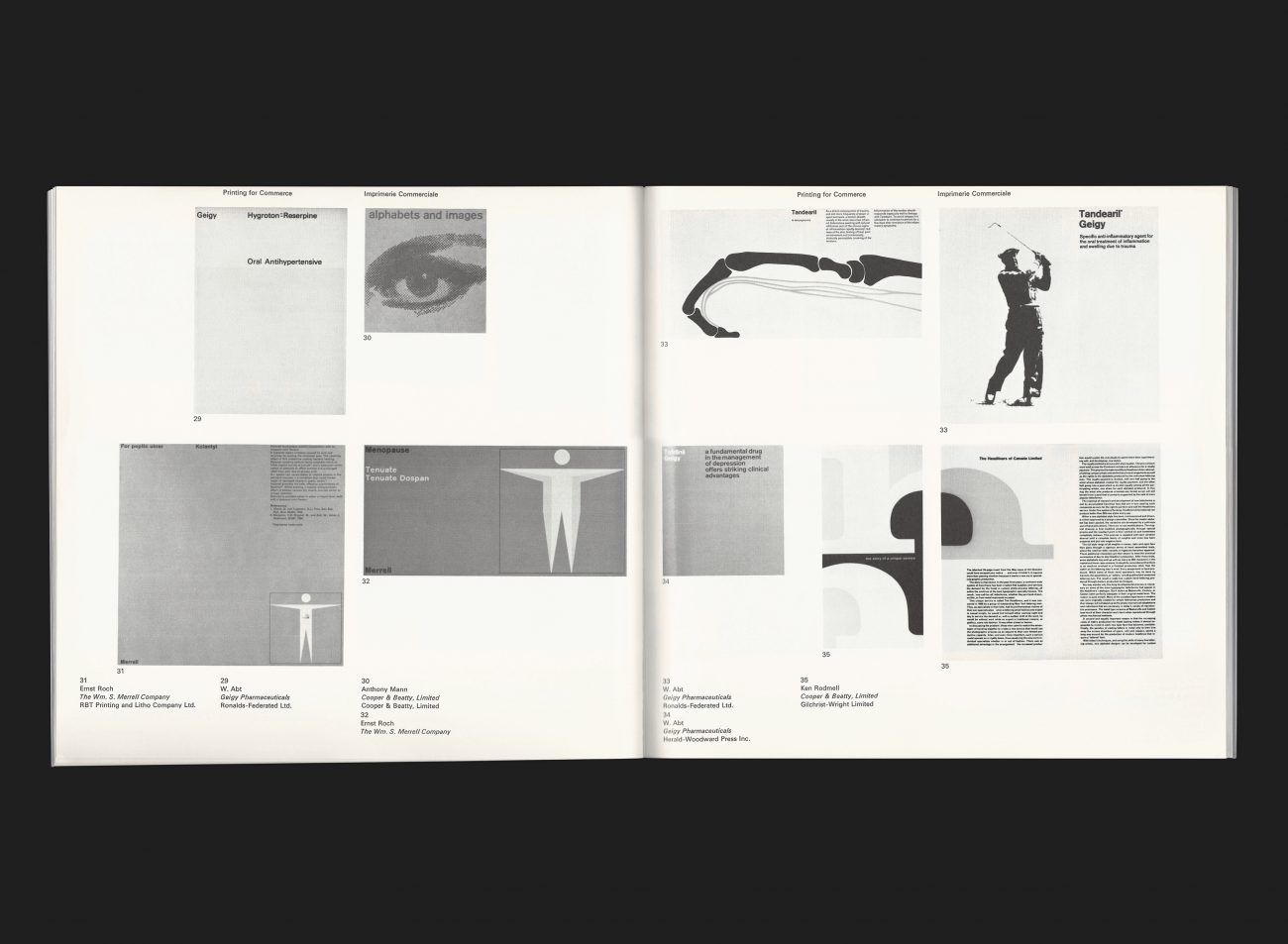 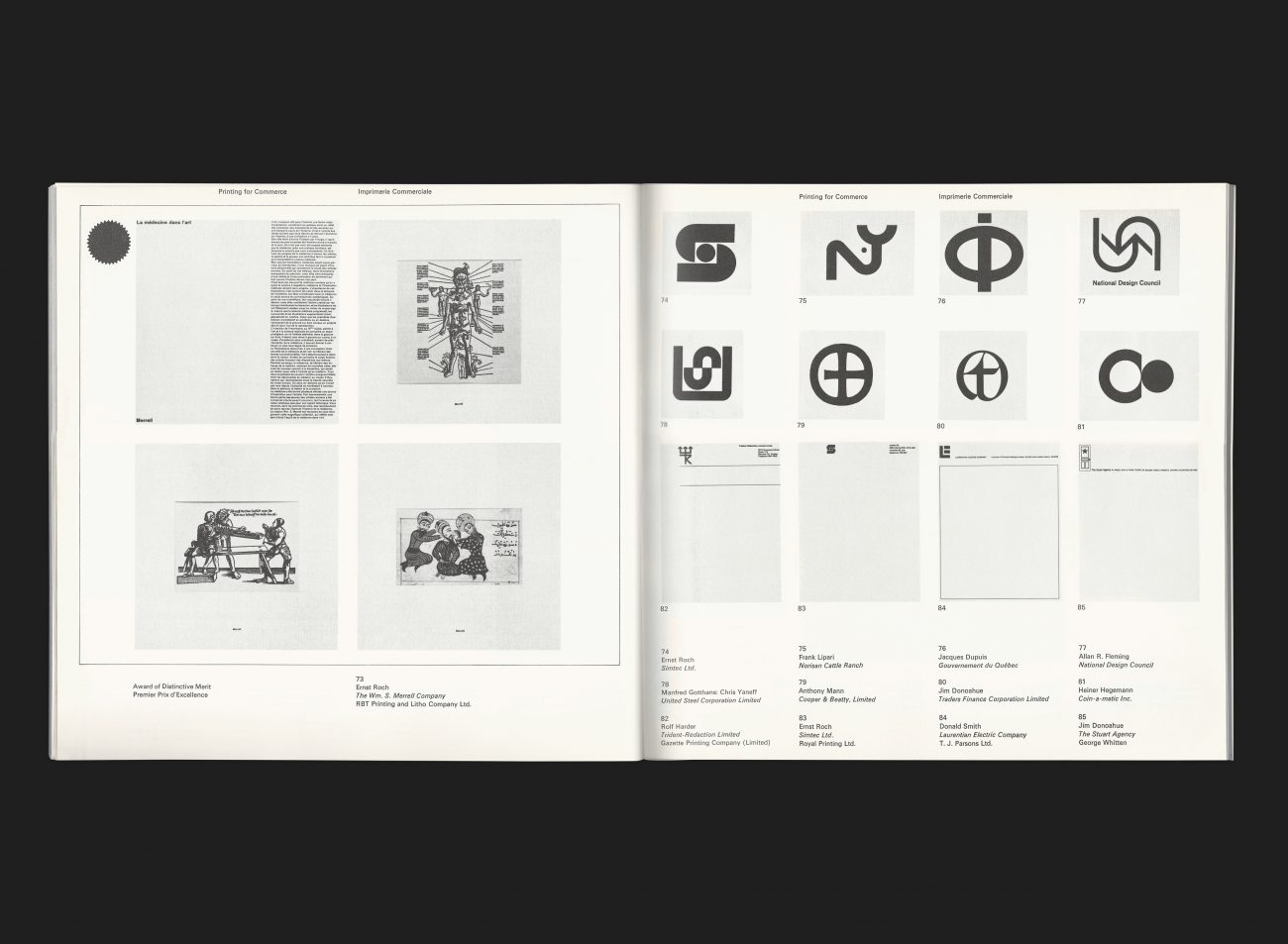 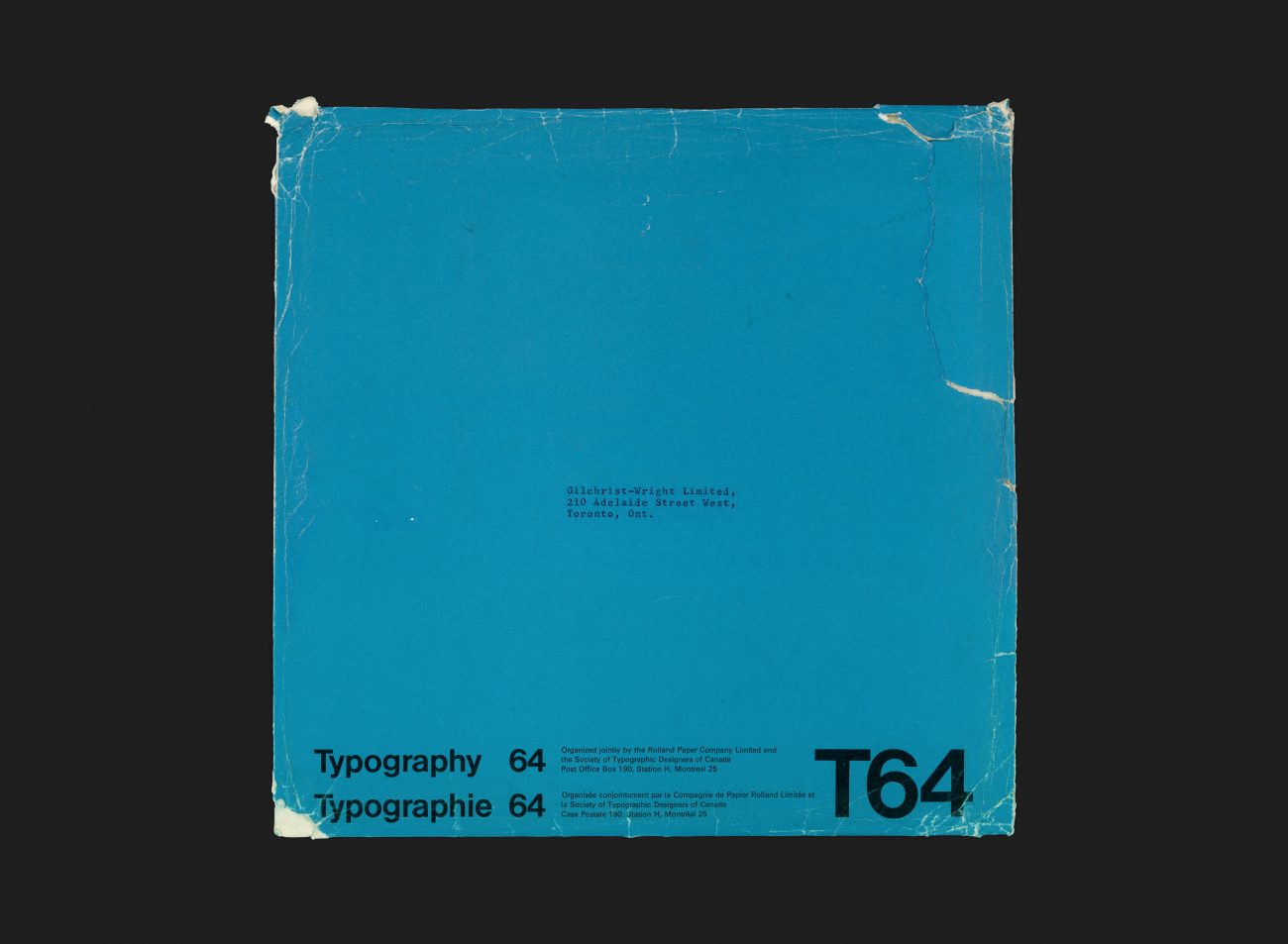 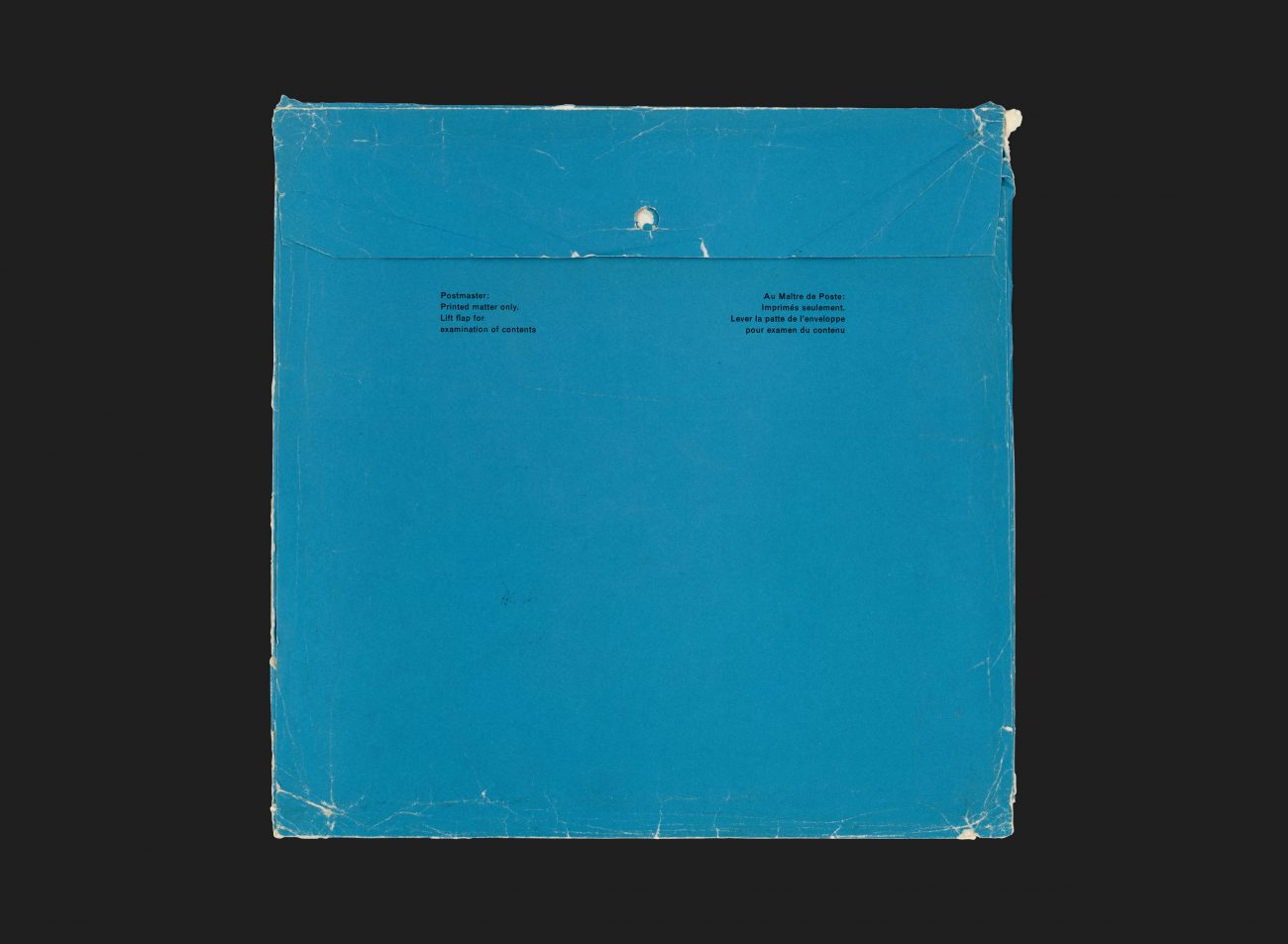 Client: The Society of Typographic Designers of Canada

After 7 years celebrating Canadian typographic design through the ‘Typography’ annual, The Society of Typographic Designers of Canada (TDC) broke convention by covering a 2 year period (from June 1962 to May 1964). This also marked an end to the series.

Typography 64 catalogue begins with “An Appreciation” by Allan Fleming. It’s here he laments the over-reliance on Swiss design, expressing concern at the loss of diversity and experimentation in exchange for this new approach. He exclaims that the influence of the International style should come with a warning — “There is no doubt that this is what the designers call a ‘Swiss Show’. And as such it is an extremely fine example — full of well oiled, highly professional and quite safely anonymous designs”. He goes on to say, “We have grown, and the Rochs, Harders and Doerriés of this world have fed and nurtured us.” but, he cautions, “The international style, characterized by the ubiquitous use of sans-serif typefaces like Helvetica and Univers and the pursuit of an impersonal ‘corporate’ or ‘institutional’ look, militates against the emergence of a specifically Canadian design identity”.

A total of 2272 submissions were entered into the show, of which 218 winning designs were selected for exhibition and inclusion in the catalogue. The judges were Rolf Harder, Martin Krampen, Tancrède Marsil and Brian Patterson (printing for commerce), John Gibson, Robert Reid, and Arnold Rockman (book design), George Beaupré, Paul Fiala, and Chris Yaneff (magazines and newspapers), Arnold Rockman and Chris Yaneff (experimental typography and student work).

The direction of the annual itself – especially the cover, which deviates from its predecessors in its square format, gridded layout and deconstructed Helvetica titling – demonstrates contrary to Fleming’s comment how significant a role the International style (softened with a Canadian spirit) had in the evolution of Canada’s own national identity. Taking a strong foothold for the following 2 decades, and still evident today.

The original mailing envelope, which has also survived, is addressed to Gilchrist-Wright Limited who are a print house in Toronto, established in 1919. The company is still in existence today but has migrated east from 210 Adelaide Street West to West Hill in Scarborough.