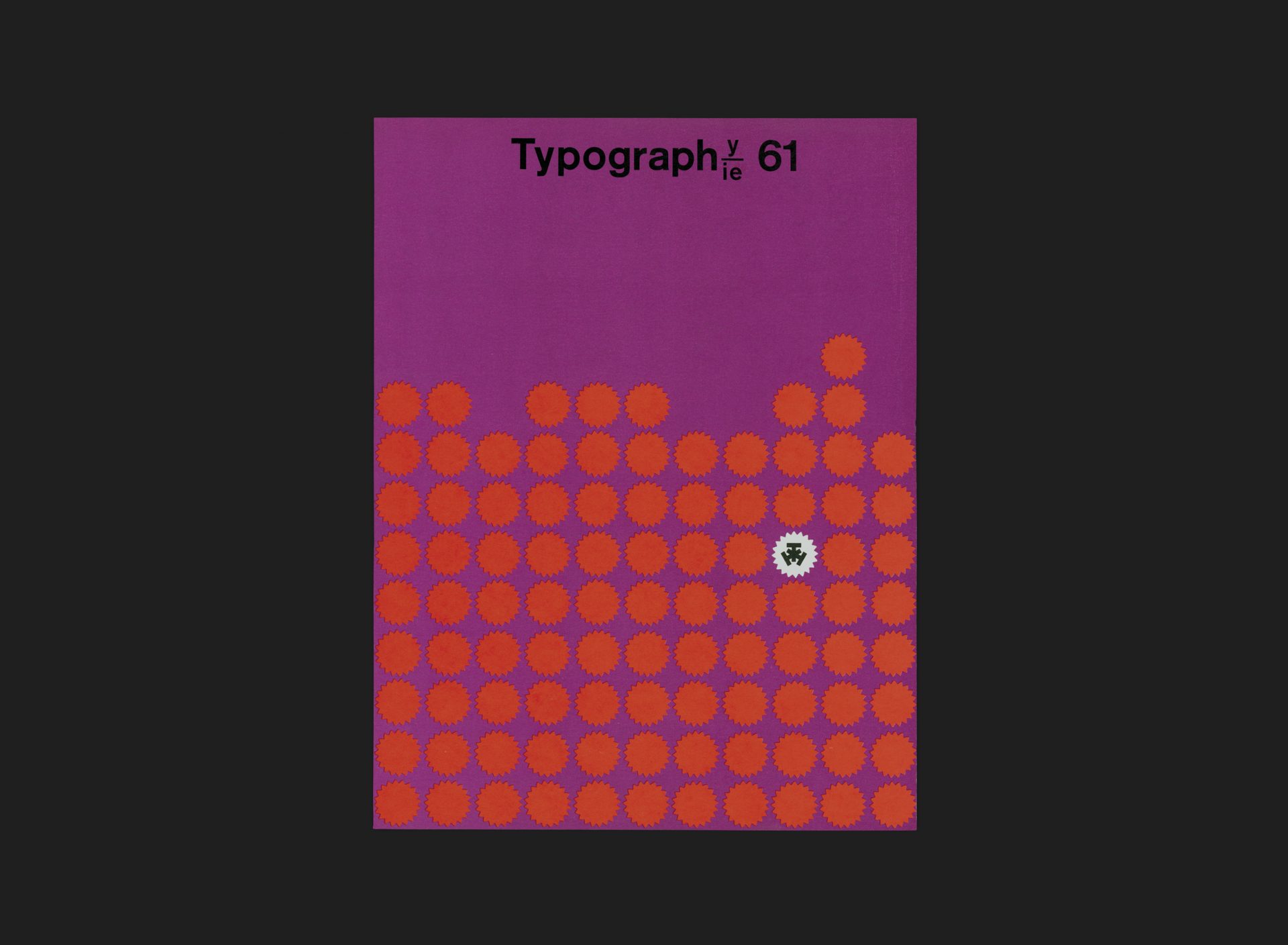 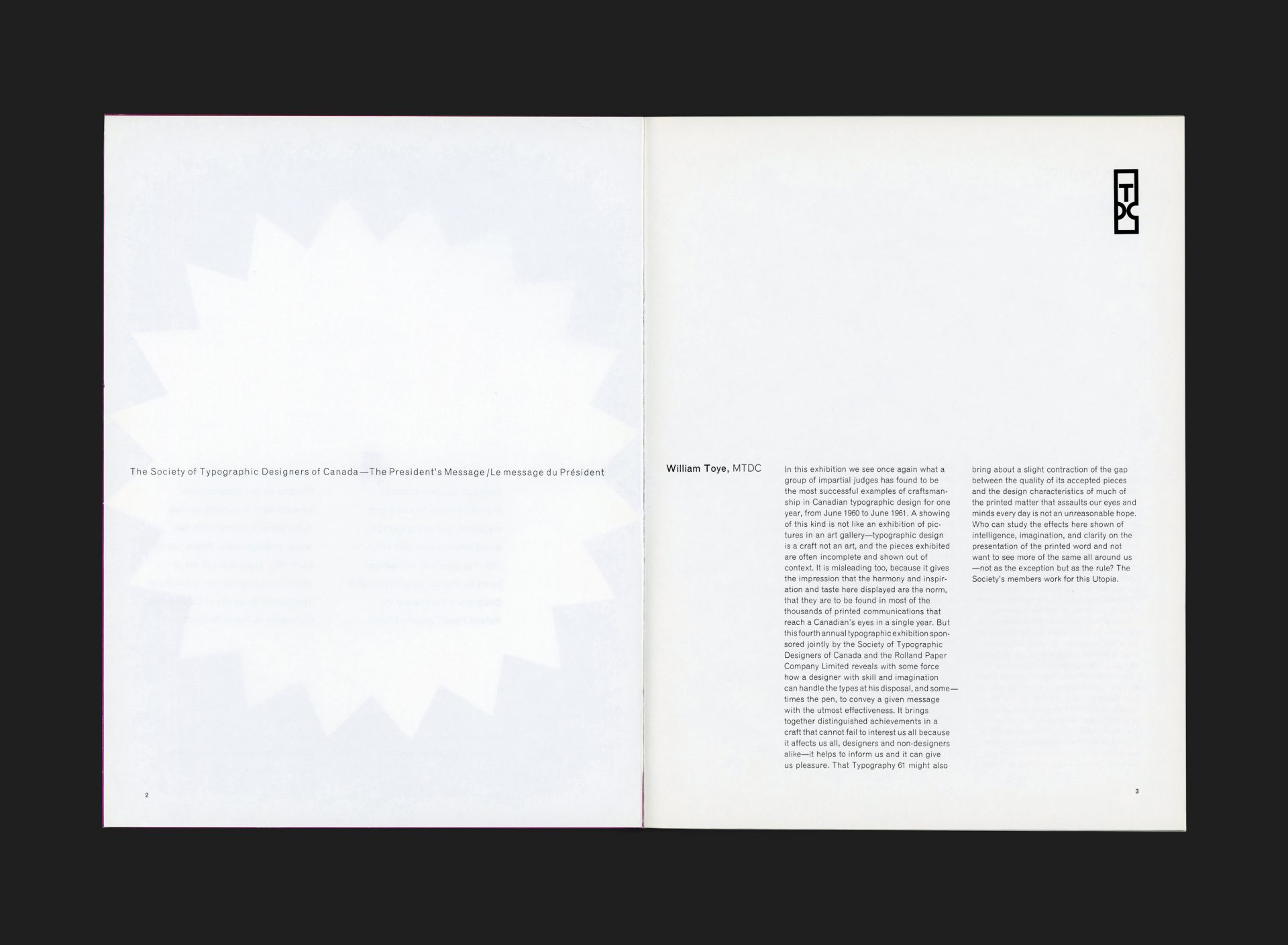 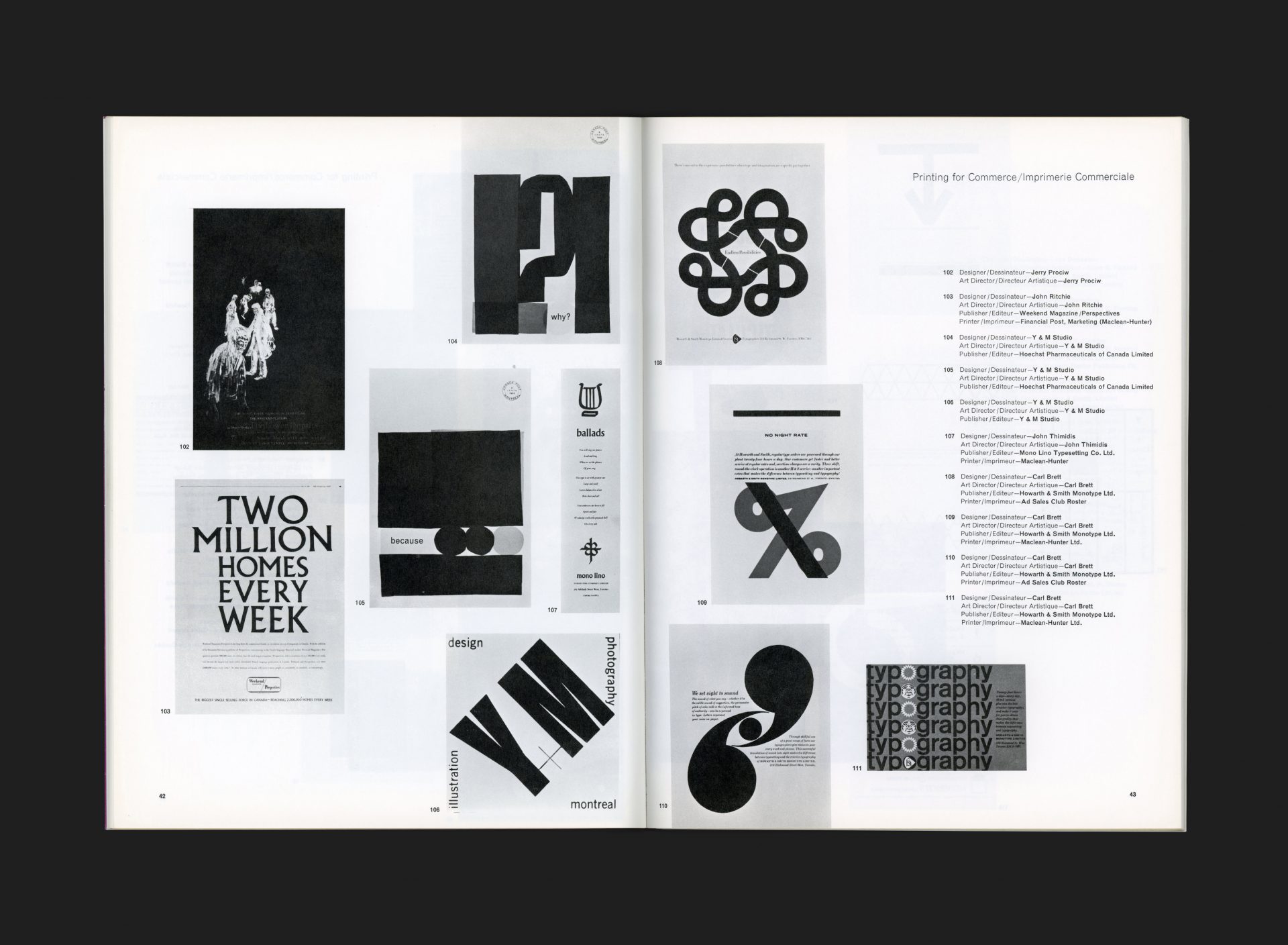 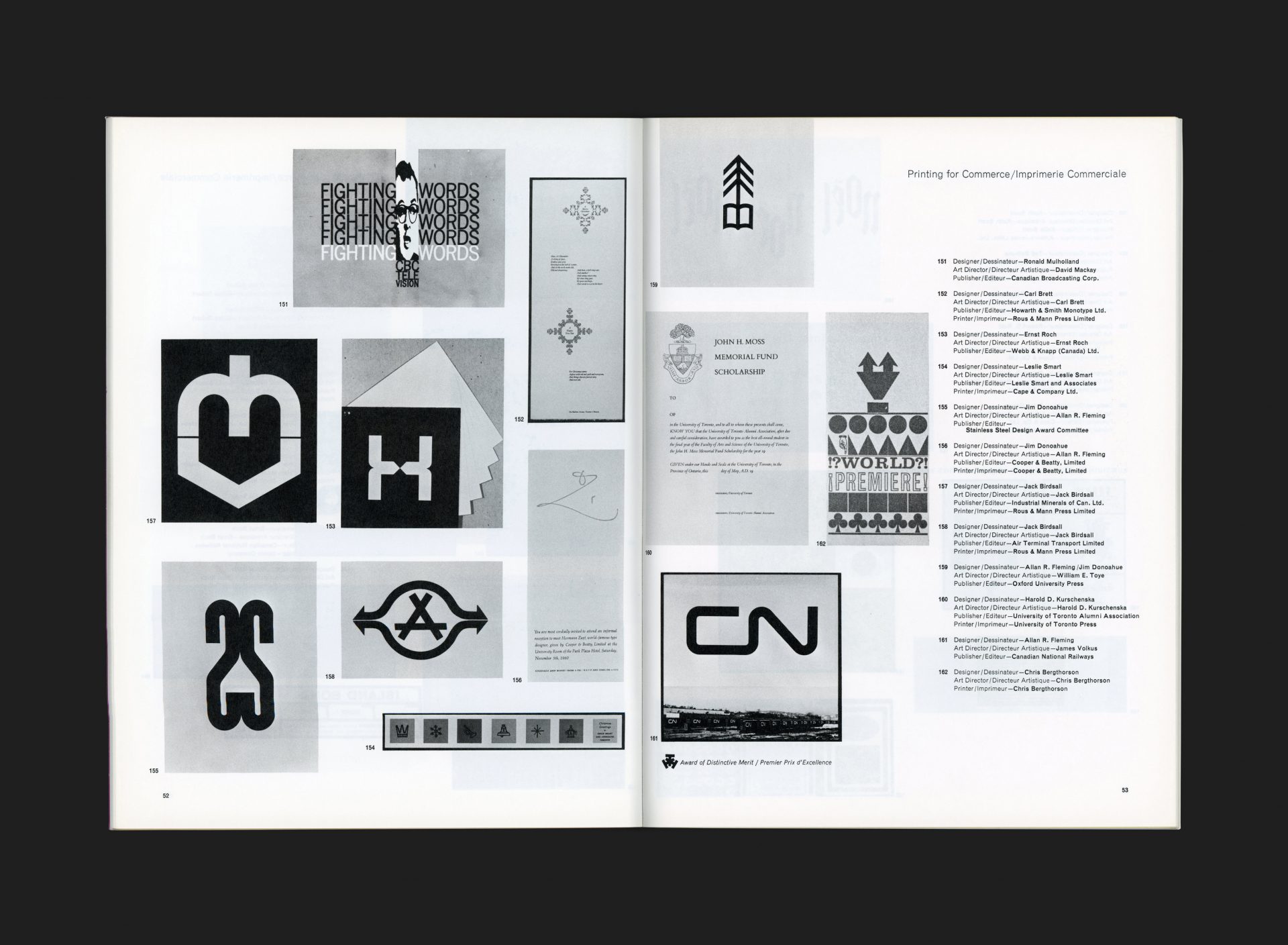 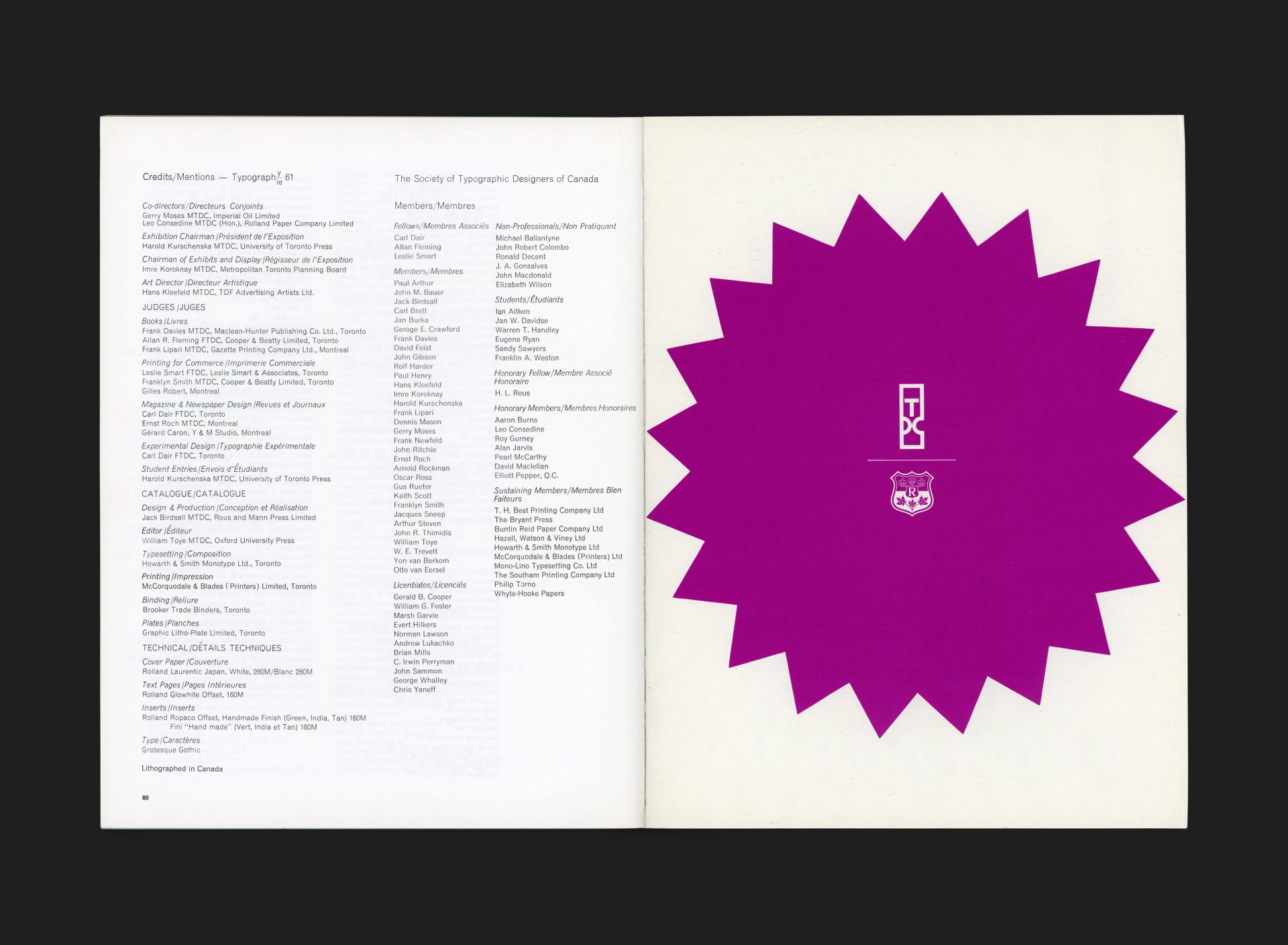 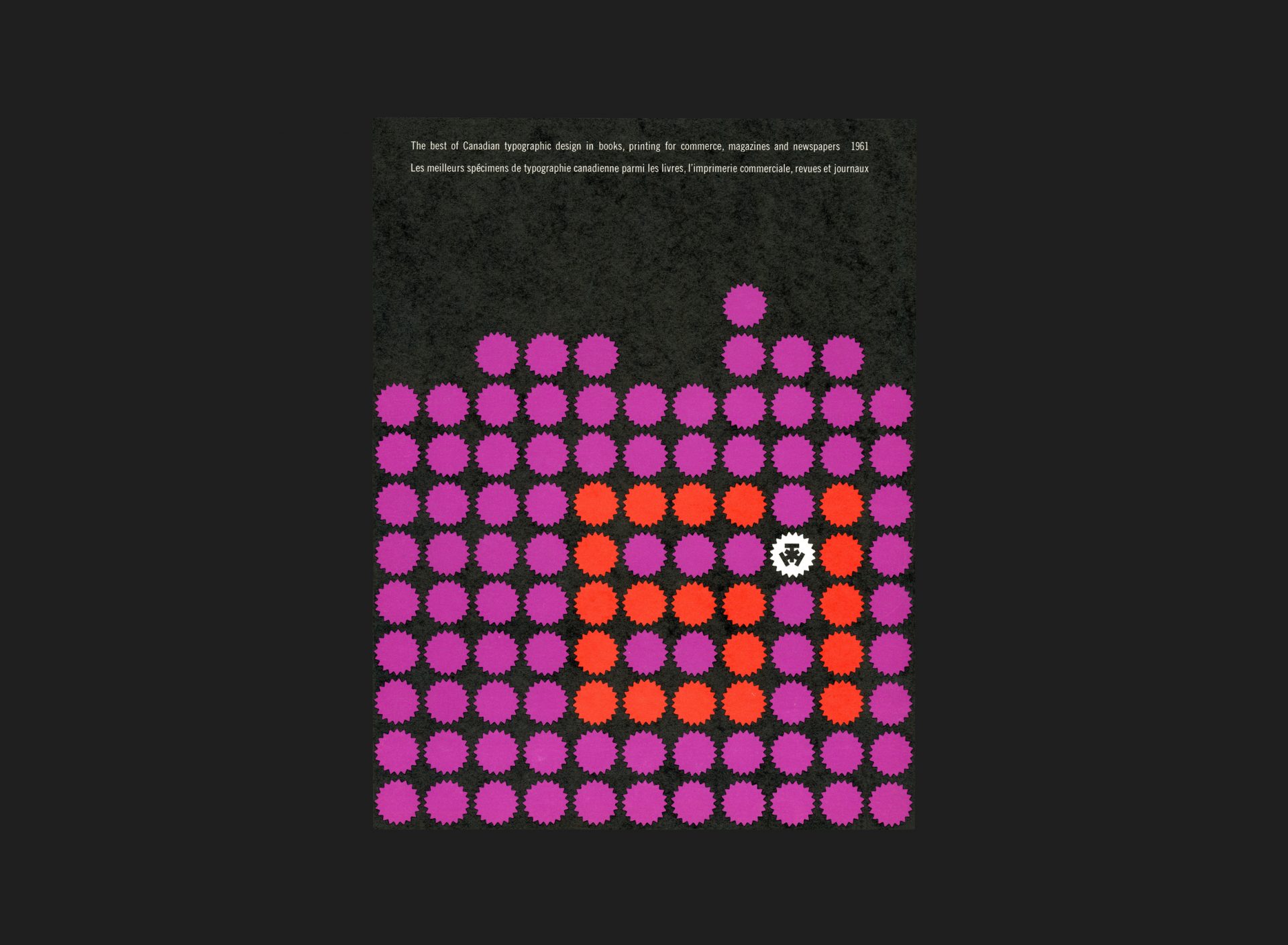 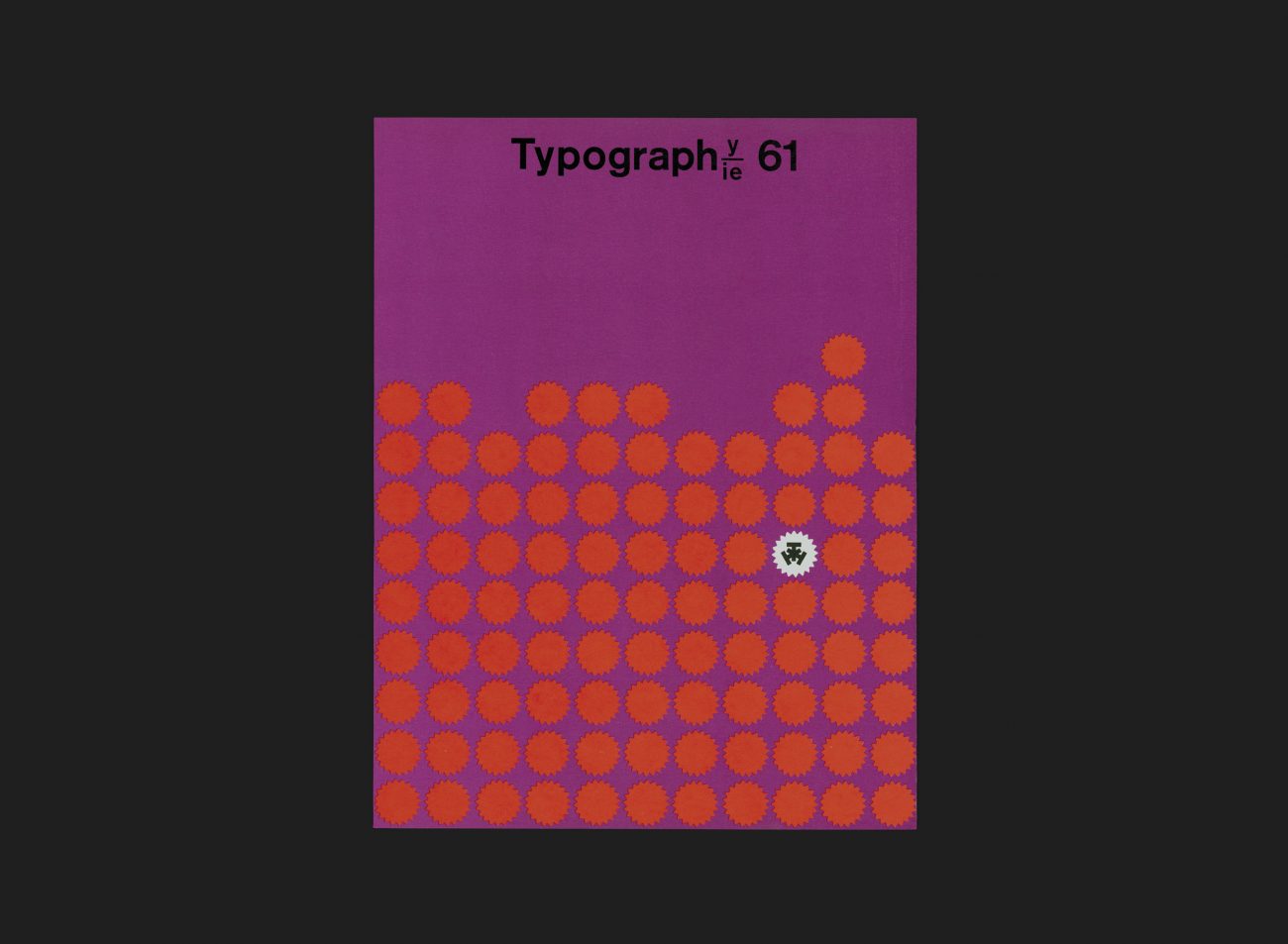 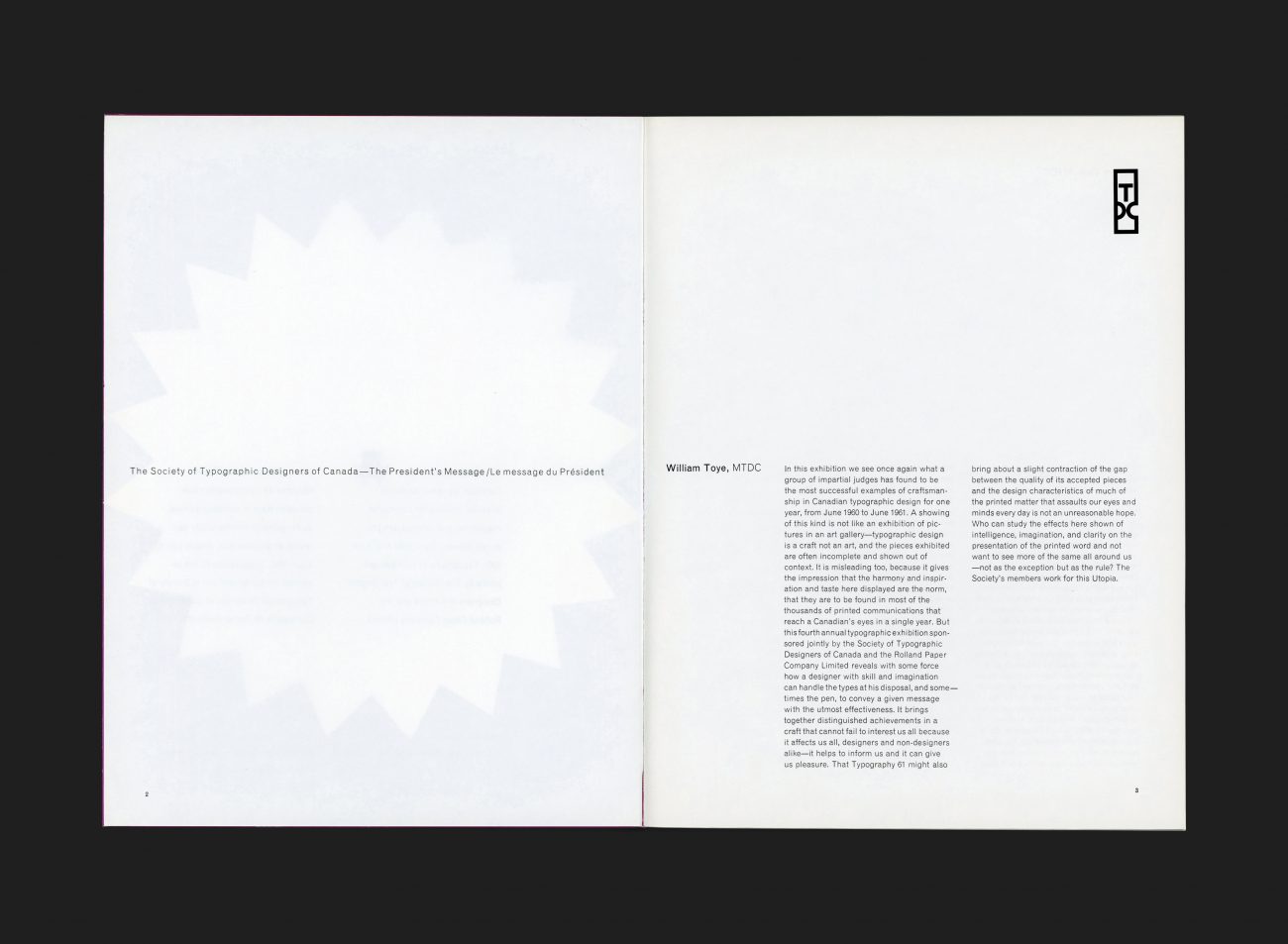 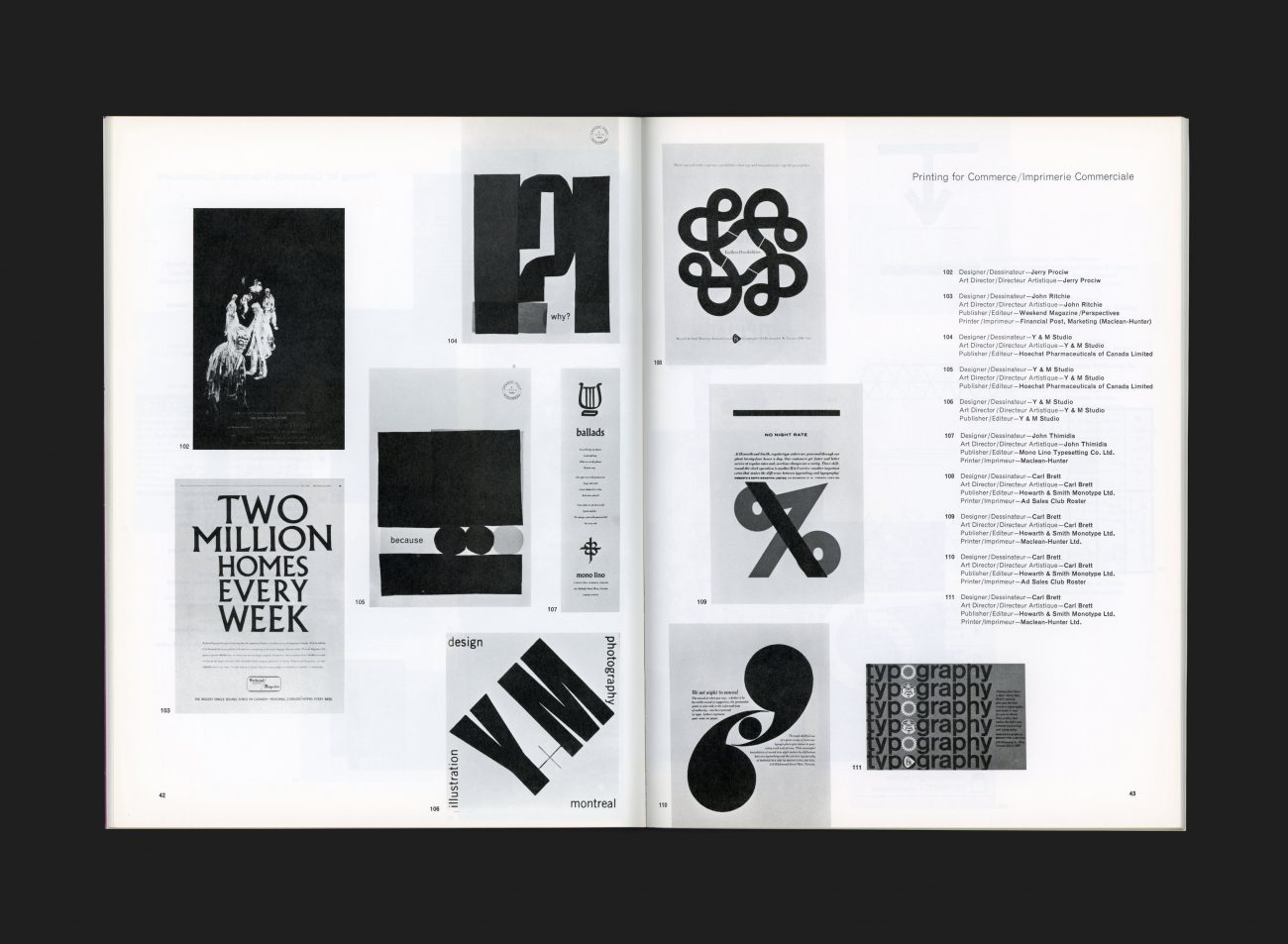 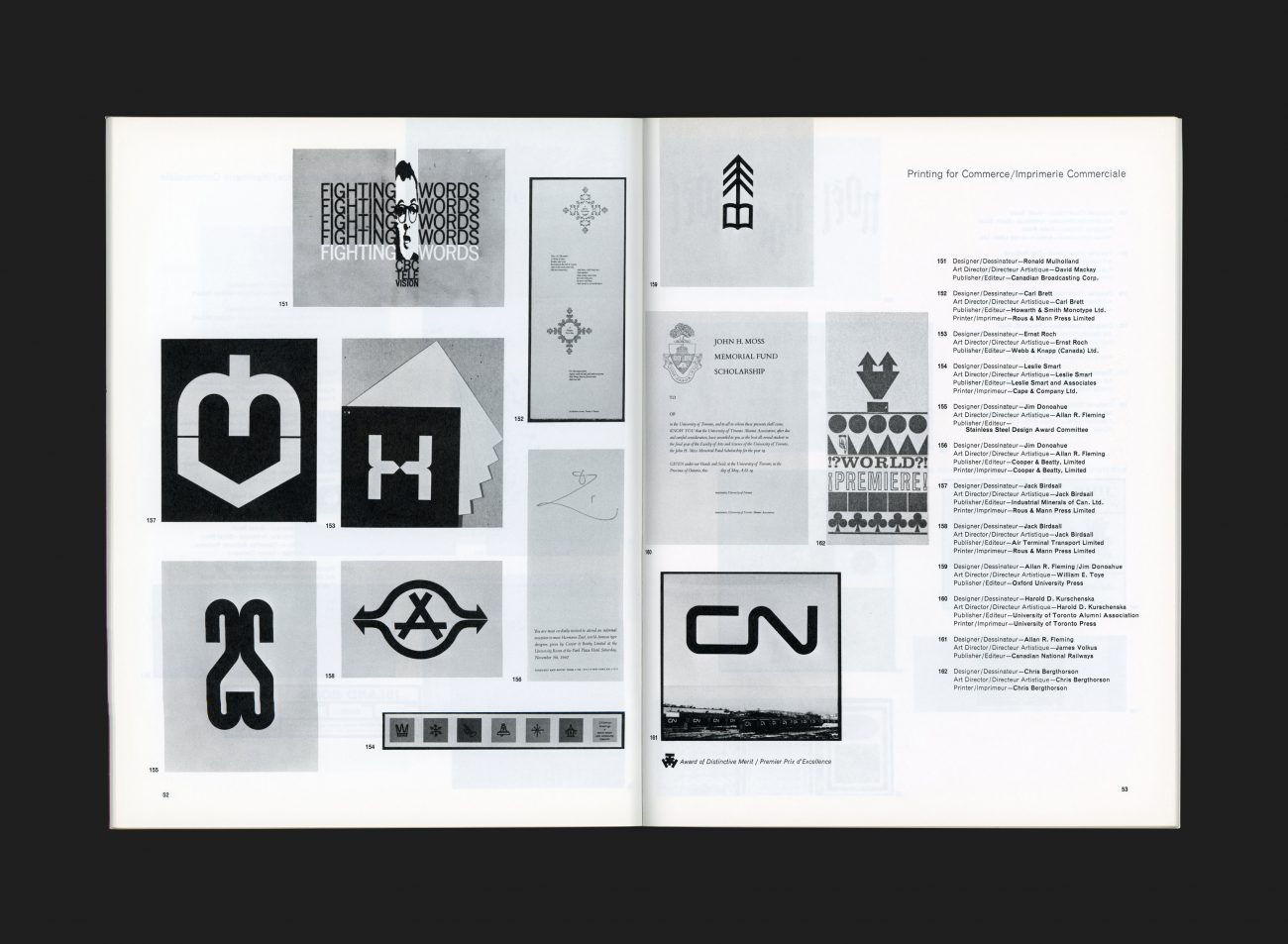 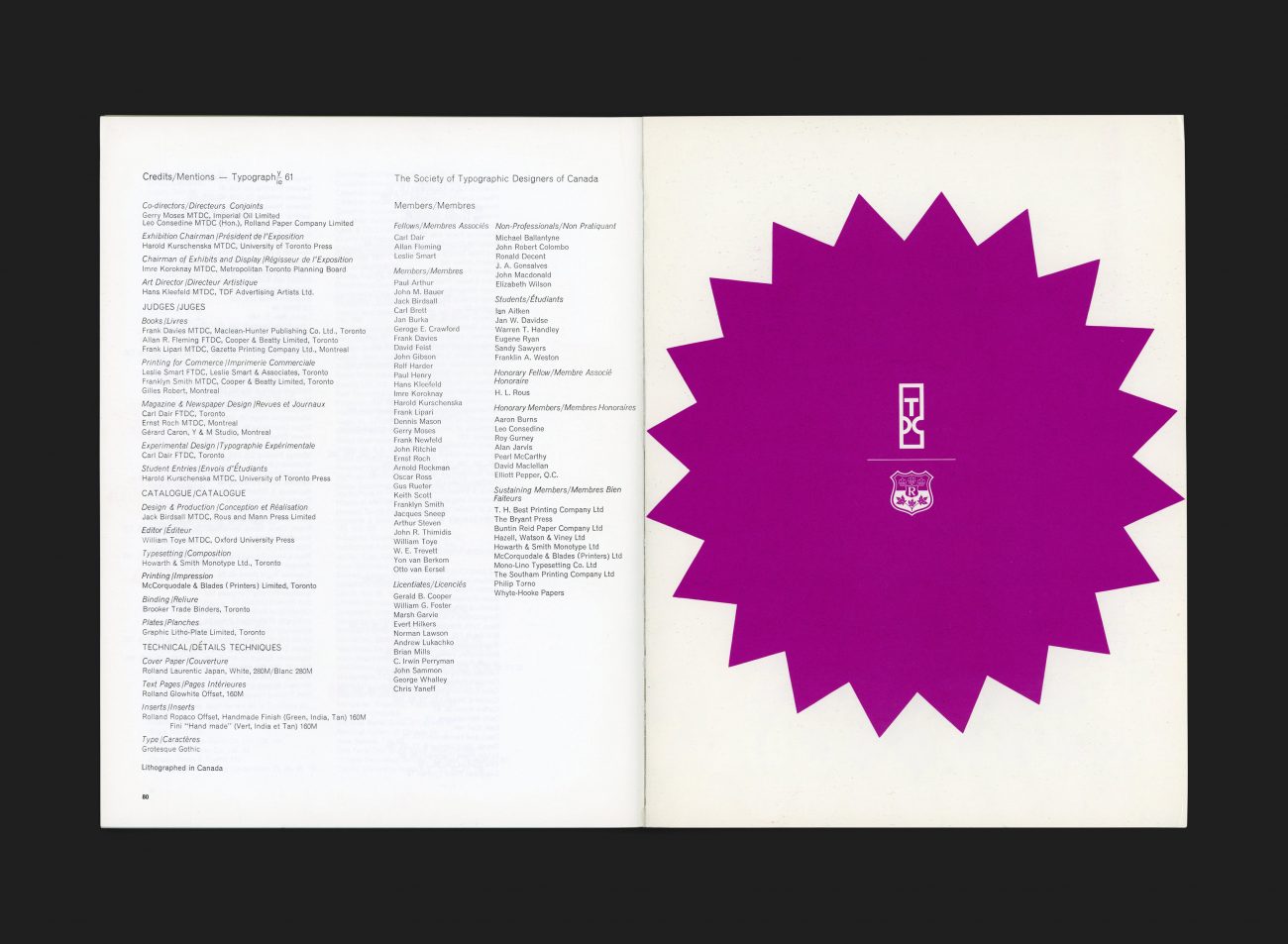 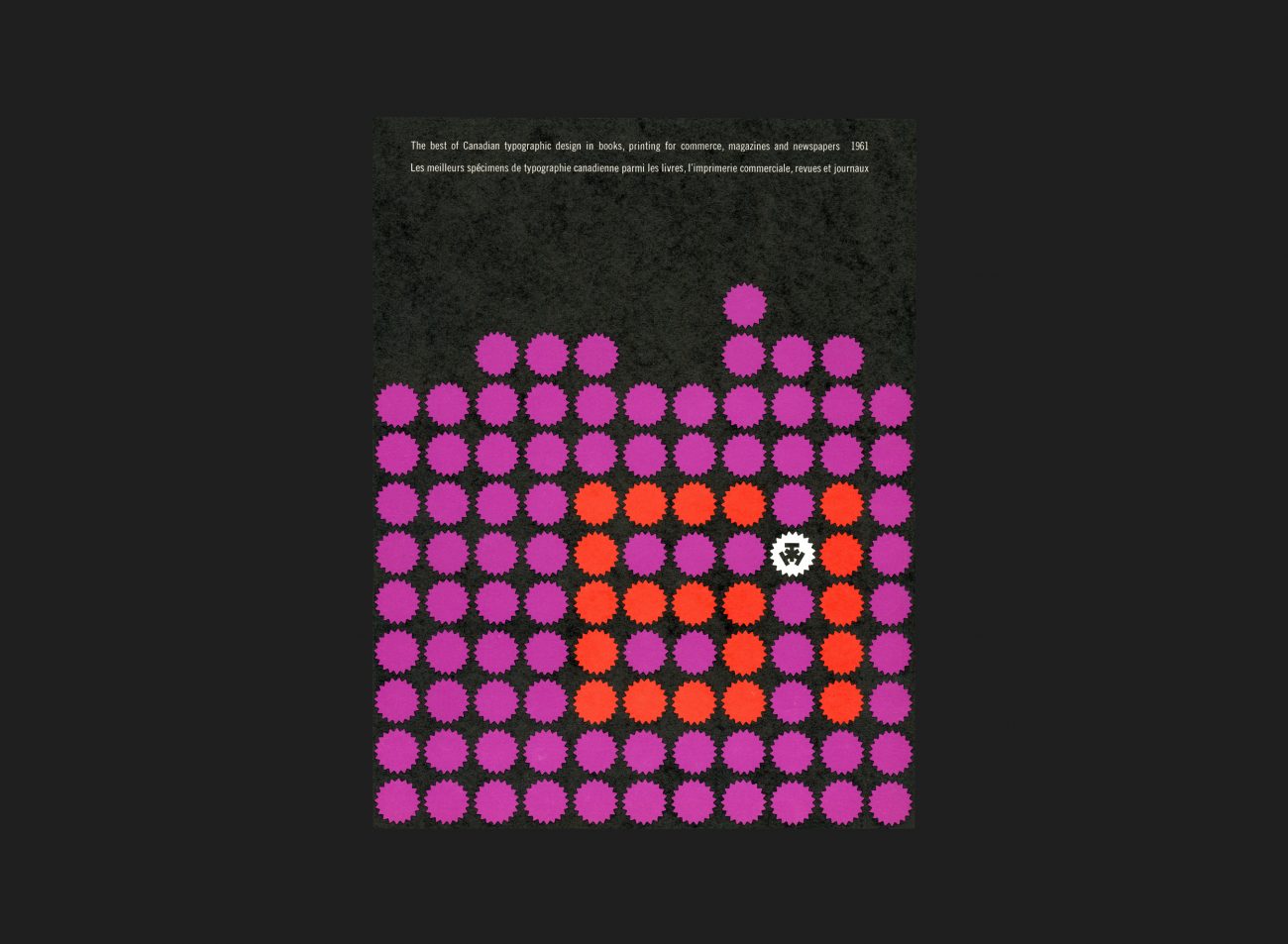 Client: The Society of Typographic Designers of Canada

The Society of Typographic Designers of Canada (TDC) held regular exhibitions between 1958 and 1964. These exhibitions celebrated the best work from a particular year, and 1961 signified an apparent pre-cursor towards the International Style when compared to previous three exhibitions.

The printed catalogues provided “a source of inspiration and guidance” for designers, and combined the best examples of work with articles and essays. This edition included a foreword by Society President William Toye, an introduction by Frank Davies, an article on the state of modern typography by the American designer Aaron Burns and section introductions by Frank Davies, Leslie Smart, Carl Dair and Harold Kurshenska.

There were 5 categories of entry – book design, design for commerce, magazine and newspaper design, experimental design and student design. The TDC received a total of 1,660 submissions, with the top prize for “Book of the Year” awarded to Frank Newfeld’s design of Leonard Cohen’s book “The Spice Box of the Earth”. All the award-winning entries were hung for two weeks at the Royal Ontario Museum in Toronto, and spent a further four weeks on display at the Museum of Fine Arts in Montréal.