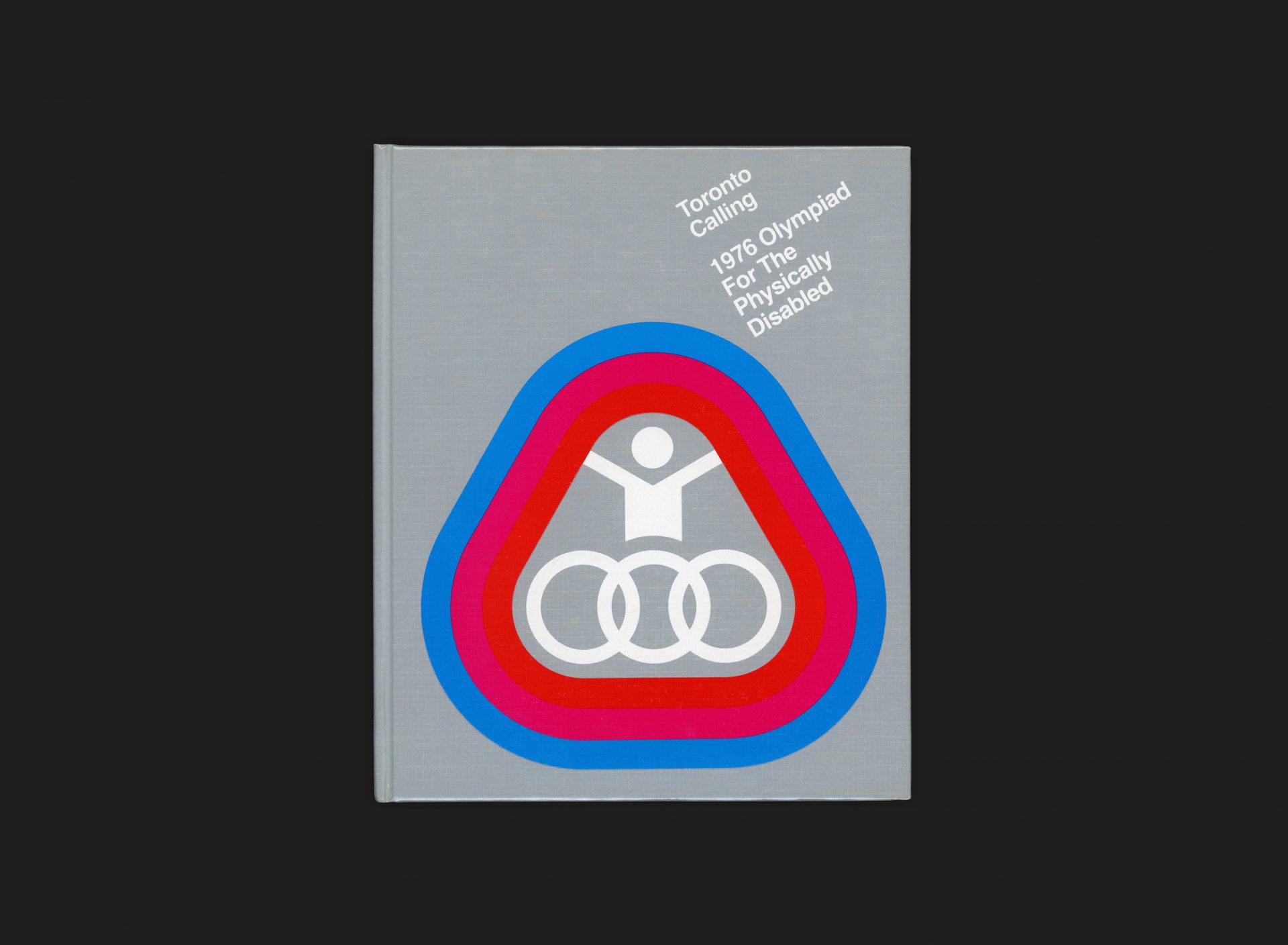 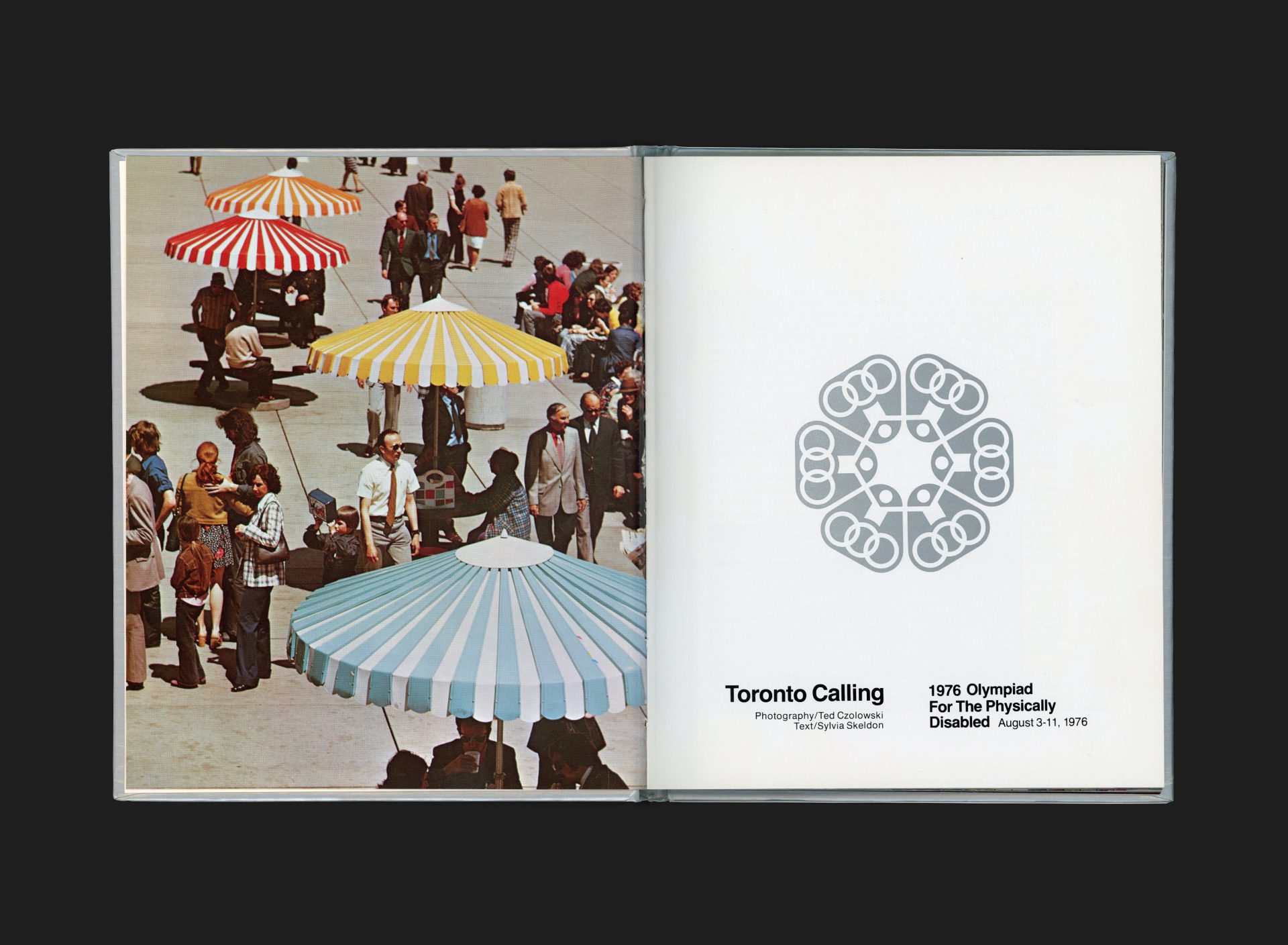 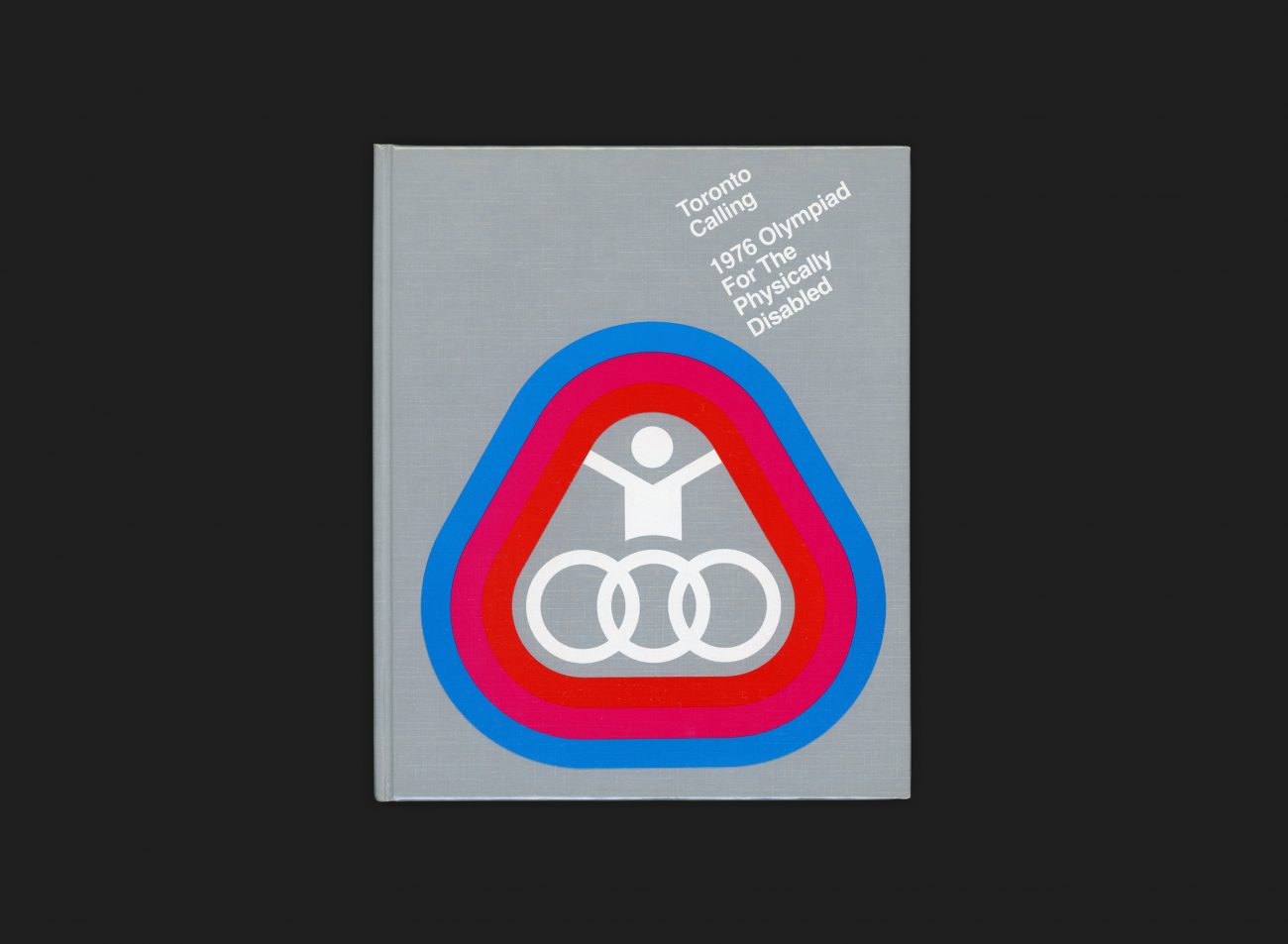 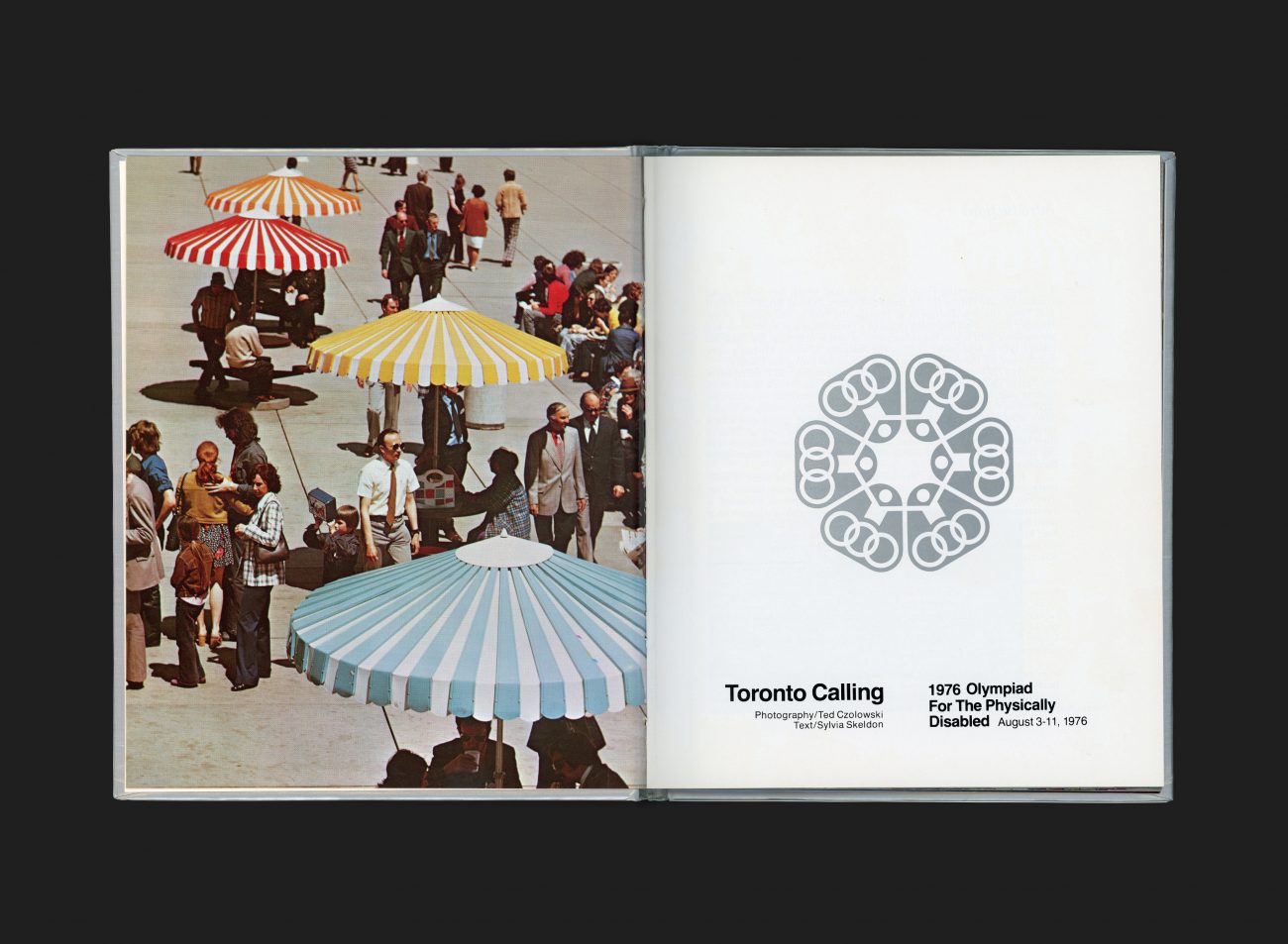 This book uses the 1976 Olympiad for the Physically Disabled to capture an interesting time in Toronto’s development, largely through Ted Czolowski’s photography. The result was designed to give people a fresh look at the city, not just visitors but also Toronto’s residents, who were ‘still struggling with the fact that the whole world seemed disenchanted with their city just a short time ago.” All that said, the most interesting aspect of the book is its striking cover.

The 1976 Toronto Games were the first to use the title “Olympiad for the Physically Disabled”, a single international event where for the very first time athletes who were blind or partially sighted, and amputees, could compete along with the wheelchair athletes. The identity (created by Toronto graphic designer Peter G. Robinson) featured a pictogram of a human figure with arms raised in a gesture of achievement over three interlocking Olympic rings (representing the three disabilities of blind, amputee and paraplegic athletes).