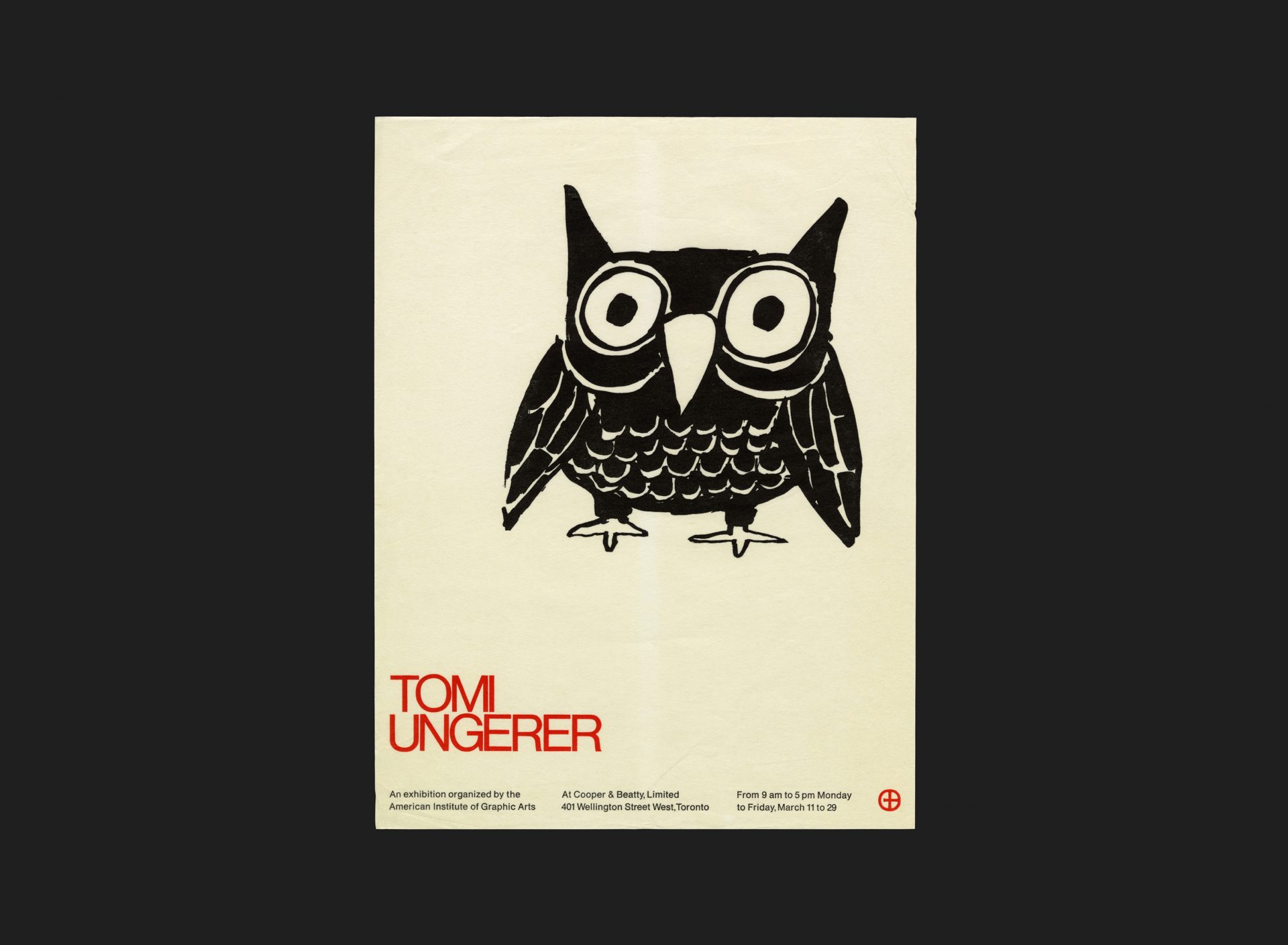 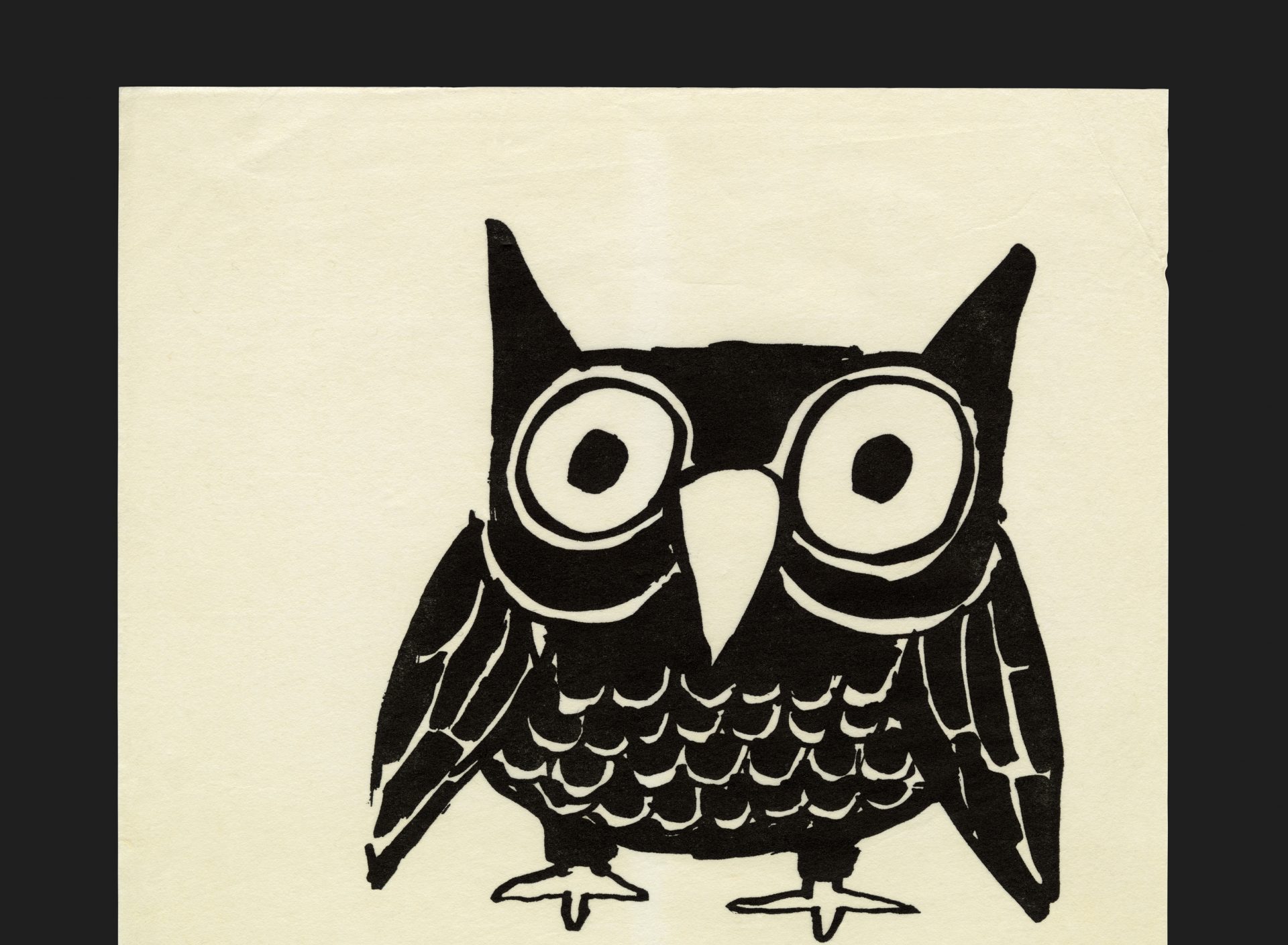 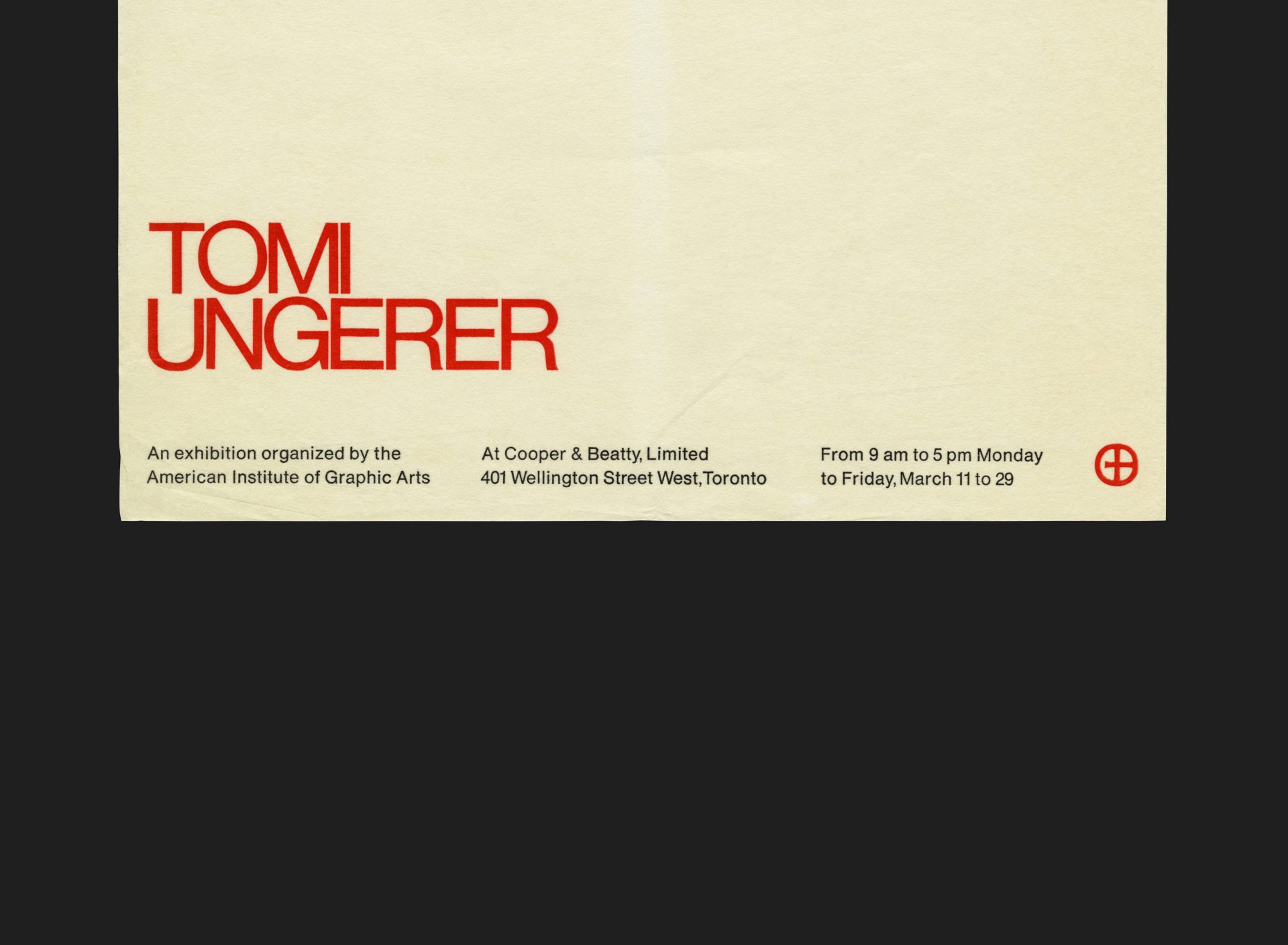 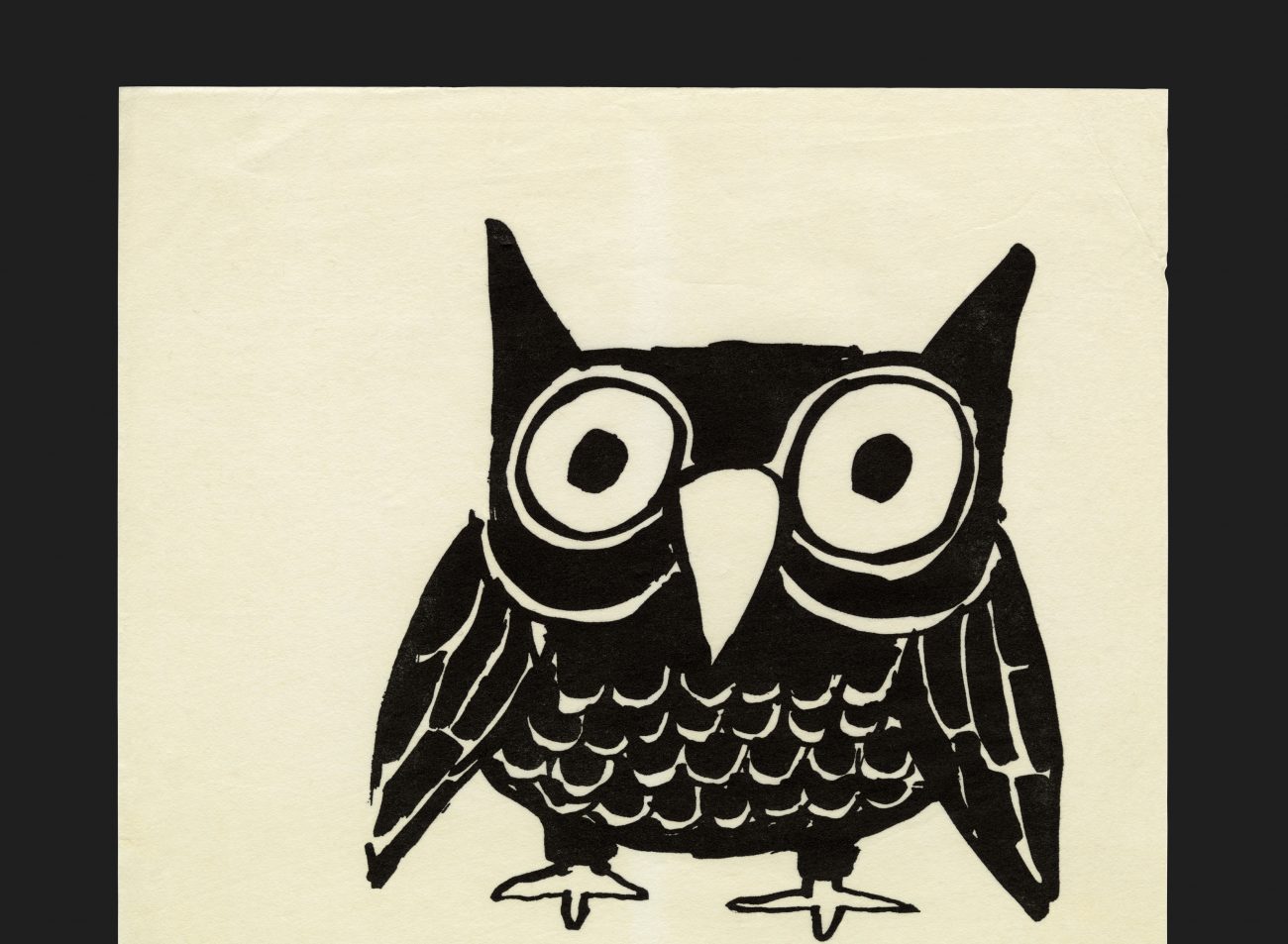 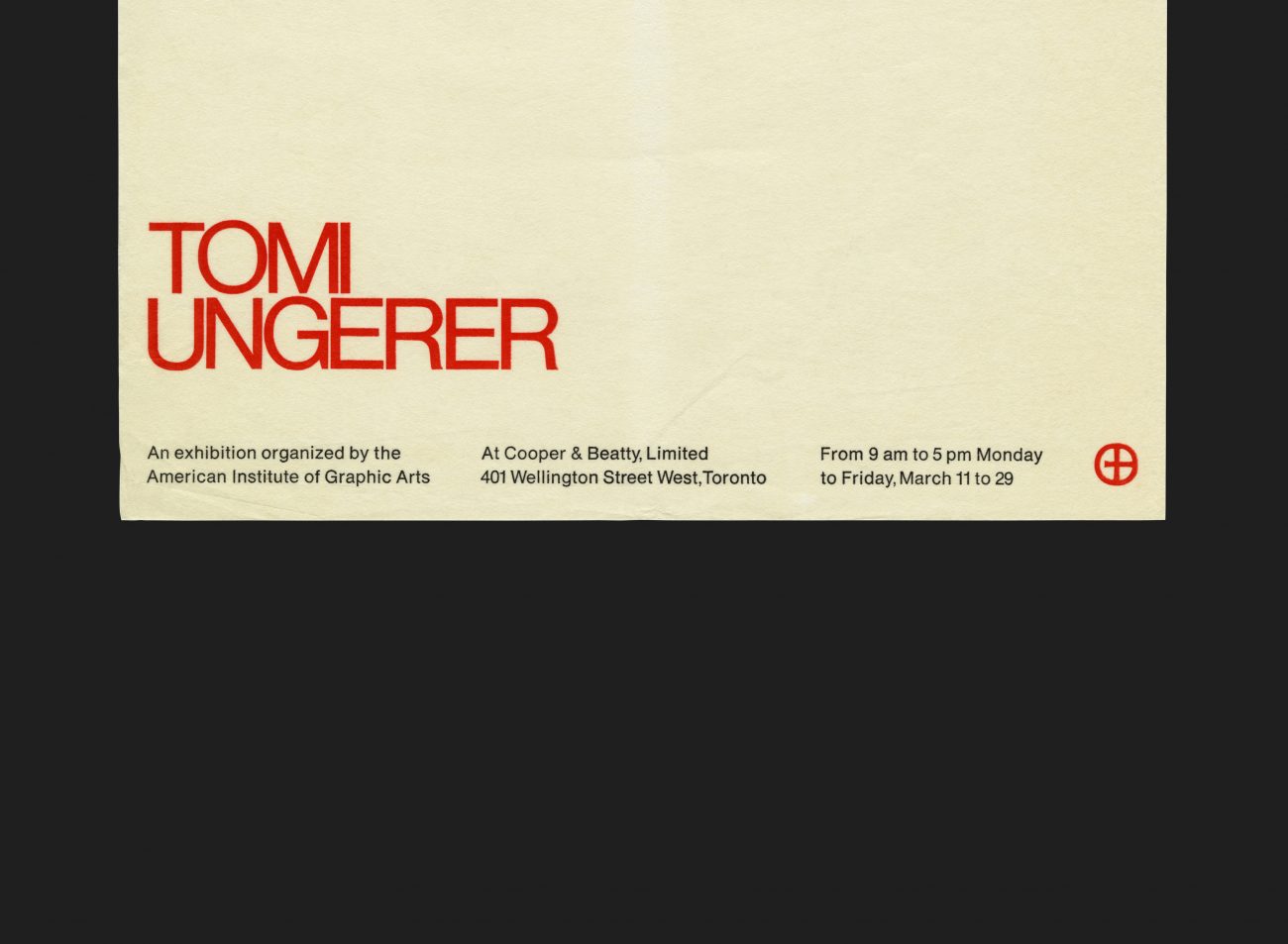 During the 1960s Cooper & Beatty famously held high profile exhibits at their Toronto and Montréal offices. Many of these earlier events were organized and promoted by the internal creative team of Anthony Mann (Creative Director) and a young Stuart Ash (apprentice).

This poster for the exhibition of works by ‘Tomi Ungerer’ was designed by creative director Jake Sneep who worked in this capacity between Anthony Mann leaving to join Rolf Harder, Ernst Roch and Al Faux as Design Collaborative in 1965 and Jim Donoahue taking the reins in 1969. French-born Tomi Ungerer was an illustrator and cartoonist who was most known for his work in children’s books and satirical political works. Having relocated to New York in 1958 (ten years before this poster was created) he went on to work extensively with Harper (on his own titles), as well as illustrating for books by other writers. A few of his most notable books include: The There Robbers (1961), Flat Stanley (1964), Moon Man (1966) — and A Book of Various Owls, written by John Hollander (1963) of which the little owl reference on this poster relates to.

The poster is printed on an extremely delicate and lightweight paper, certainly handmade and almost like rice paper. It is printed in black and red ink only. This particular example was previously part of the personal collection of Rolf Harder, who not only kept it in his collection, but kept it in pristine order.