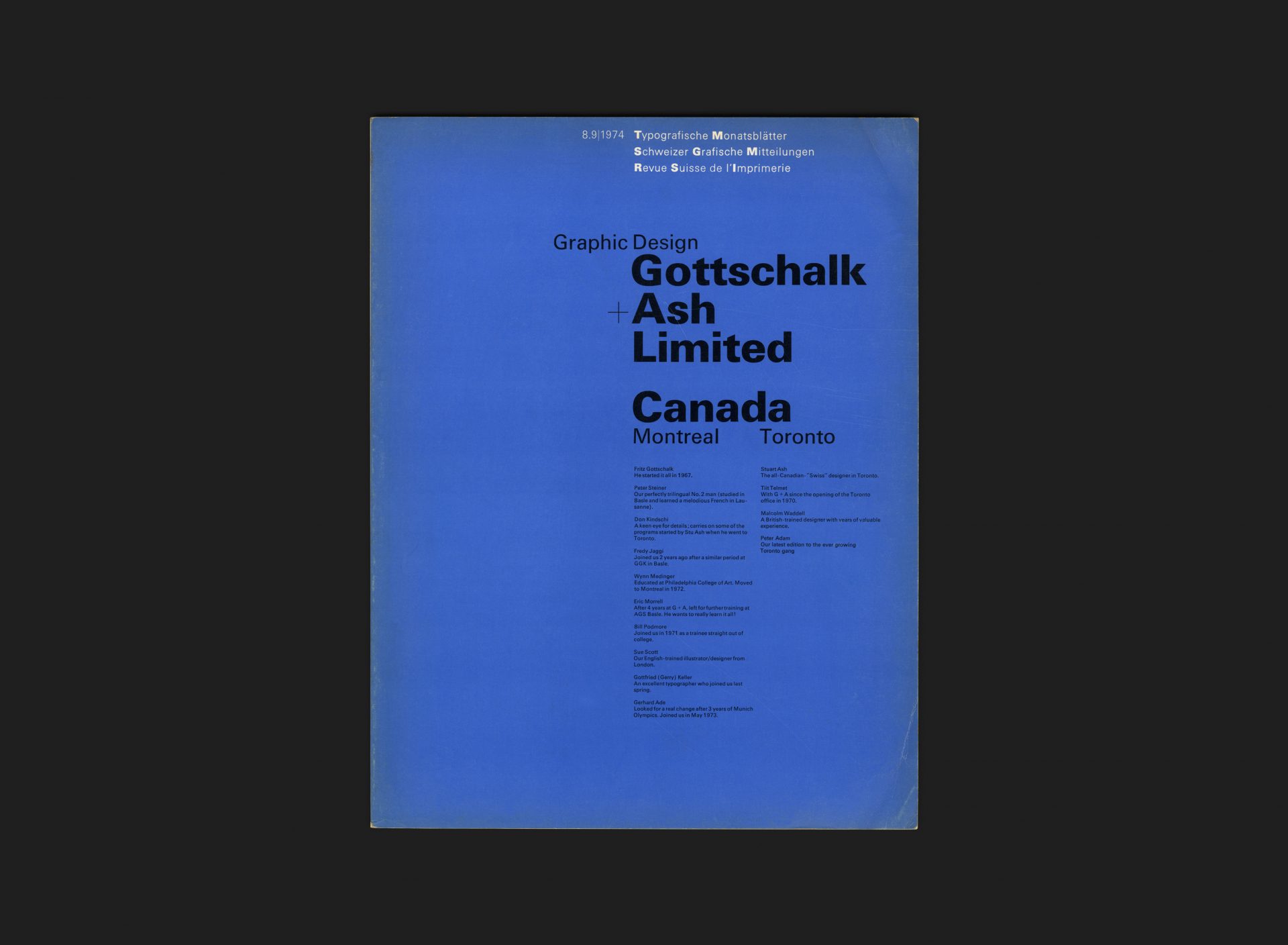 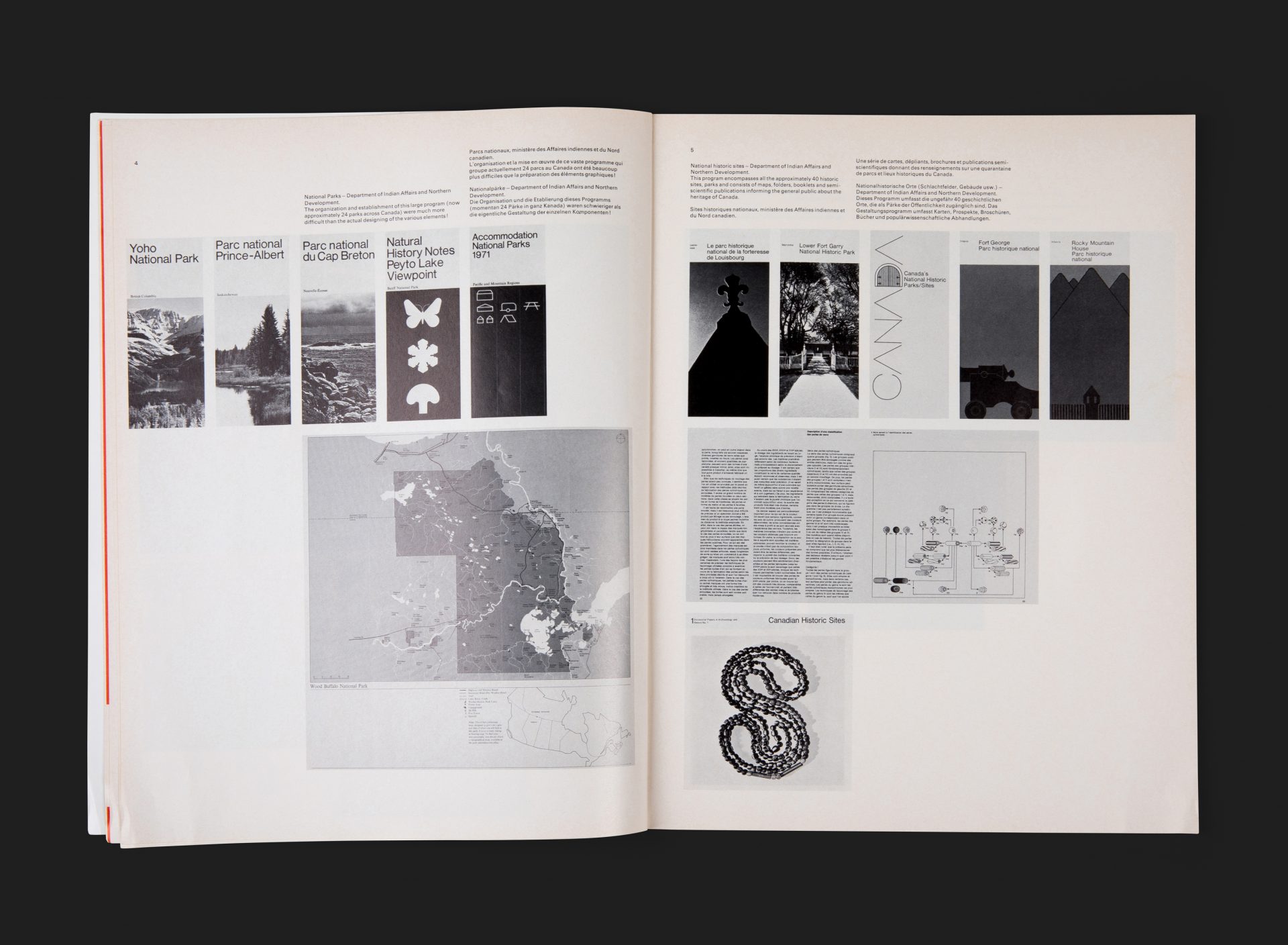 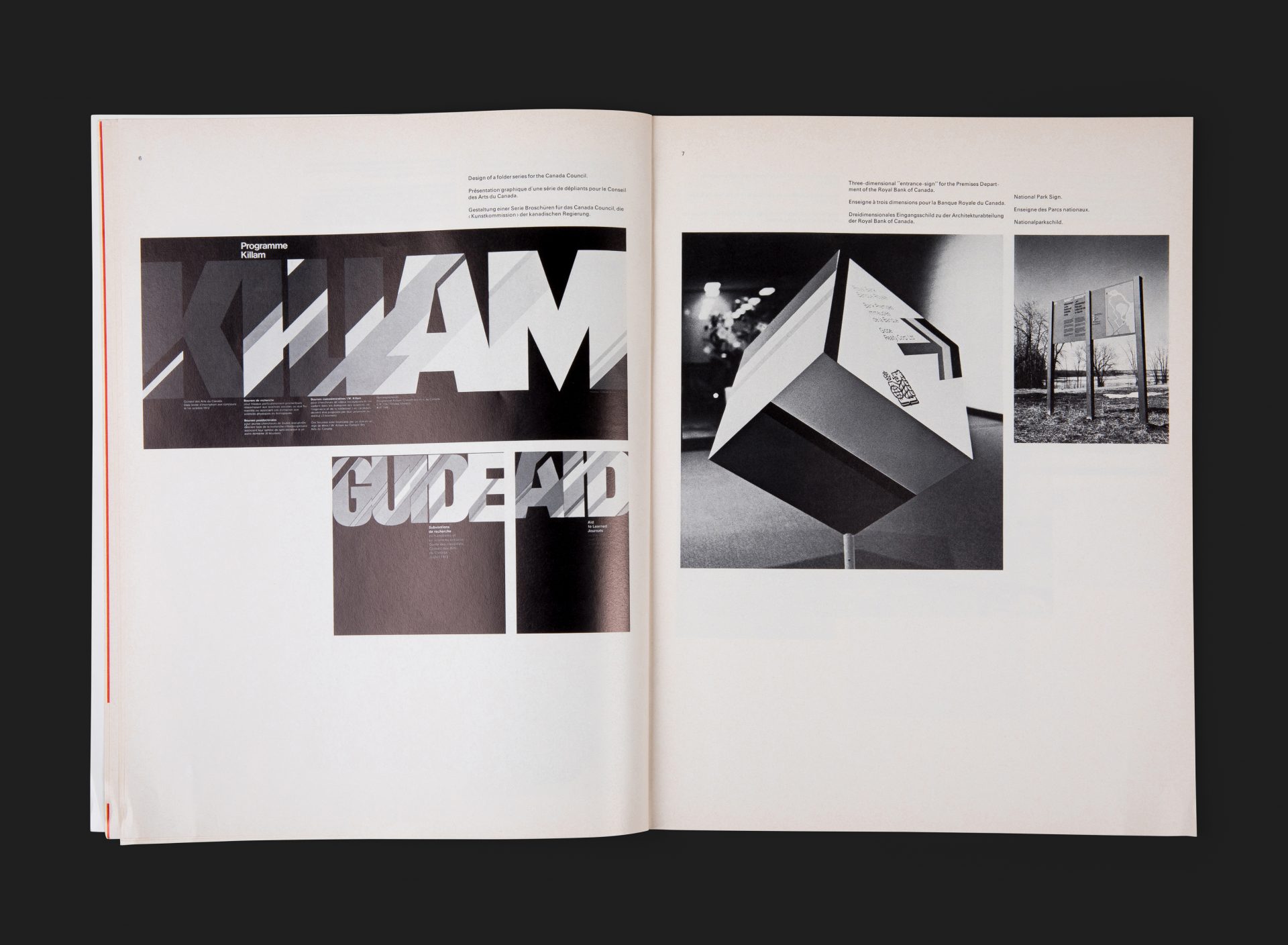 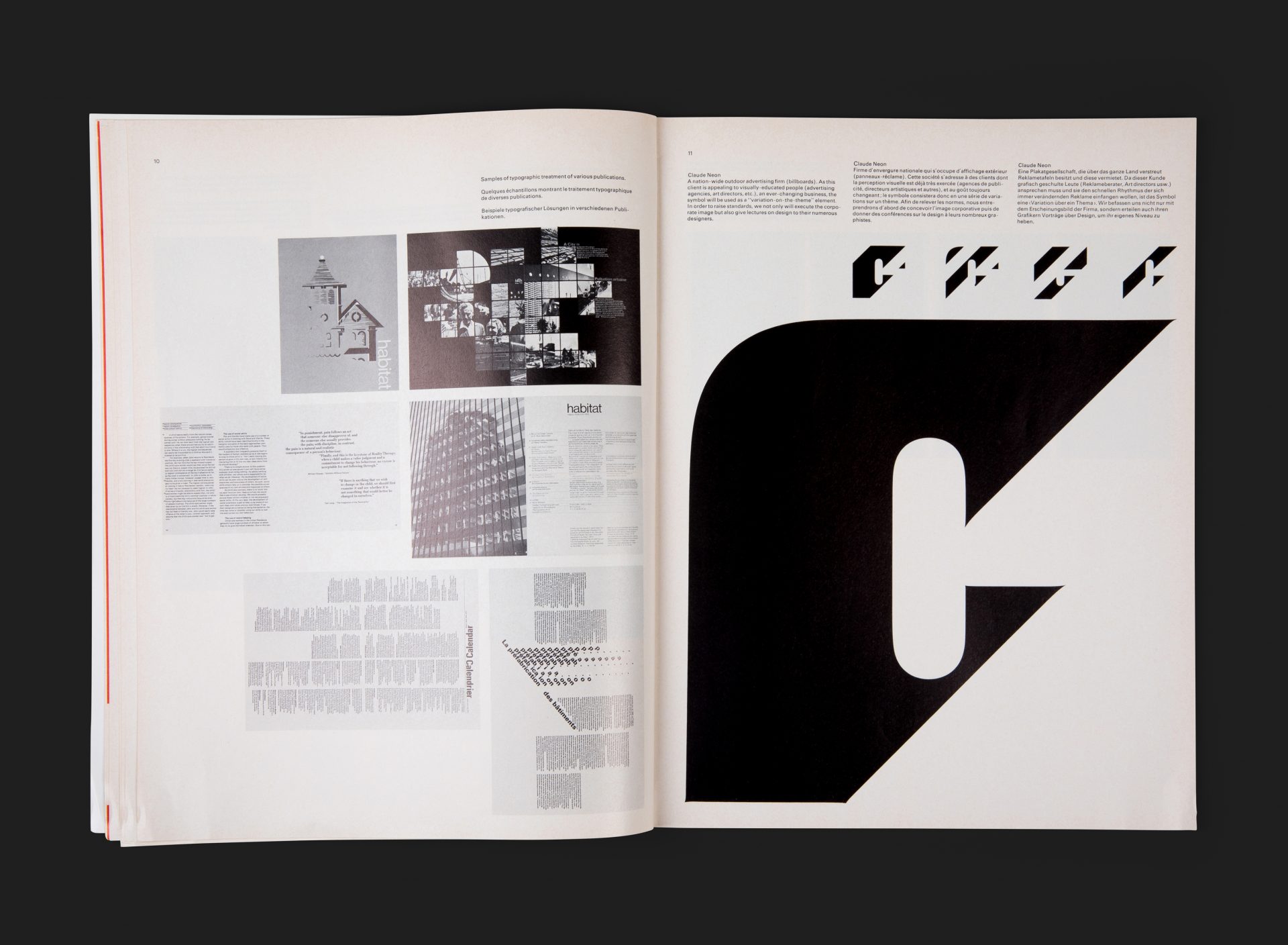 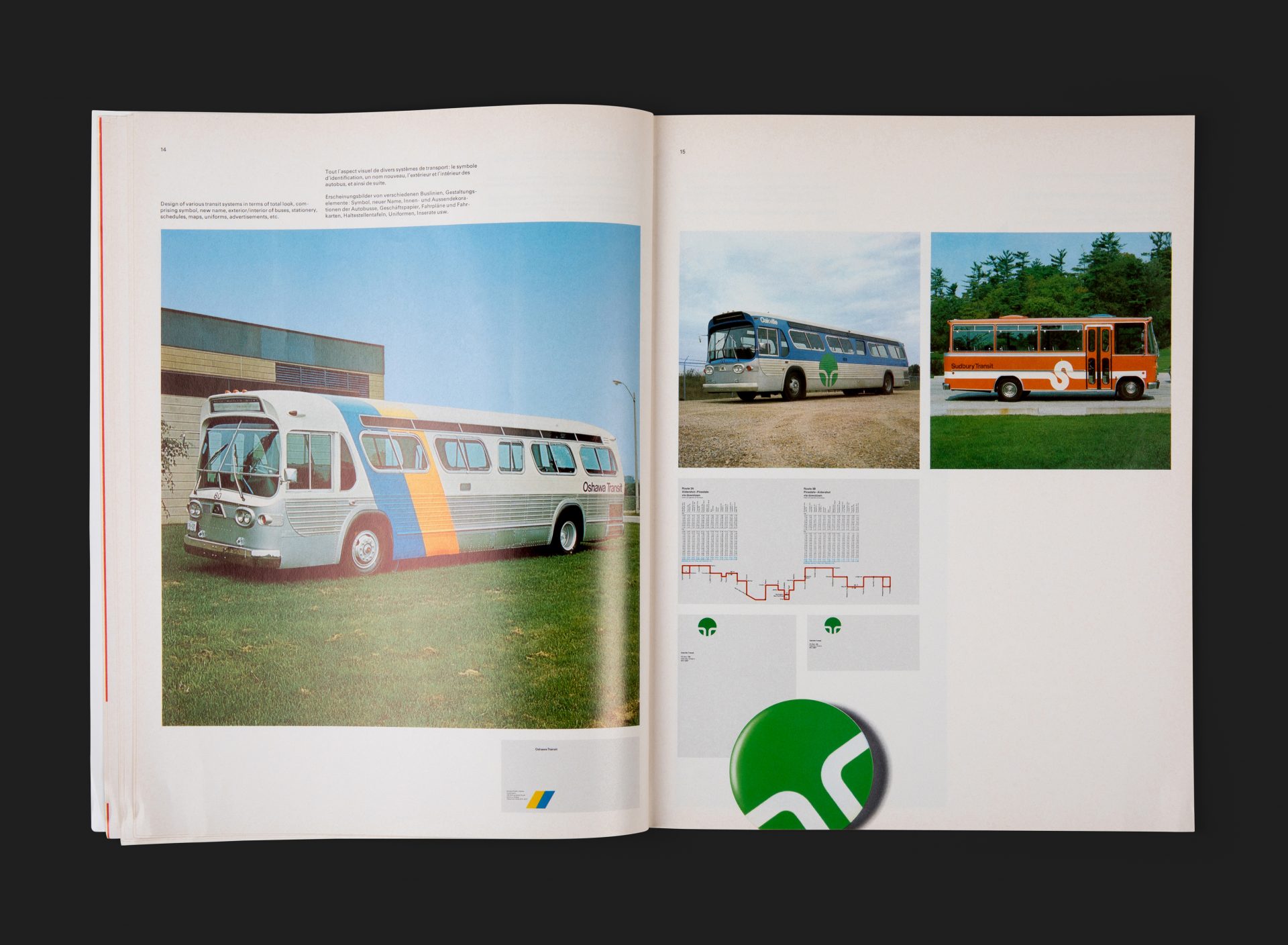 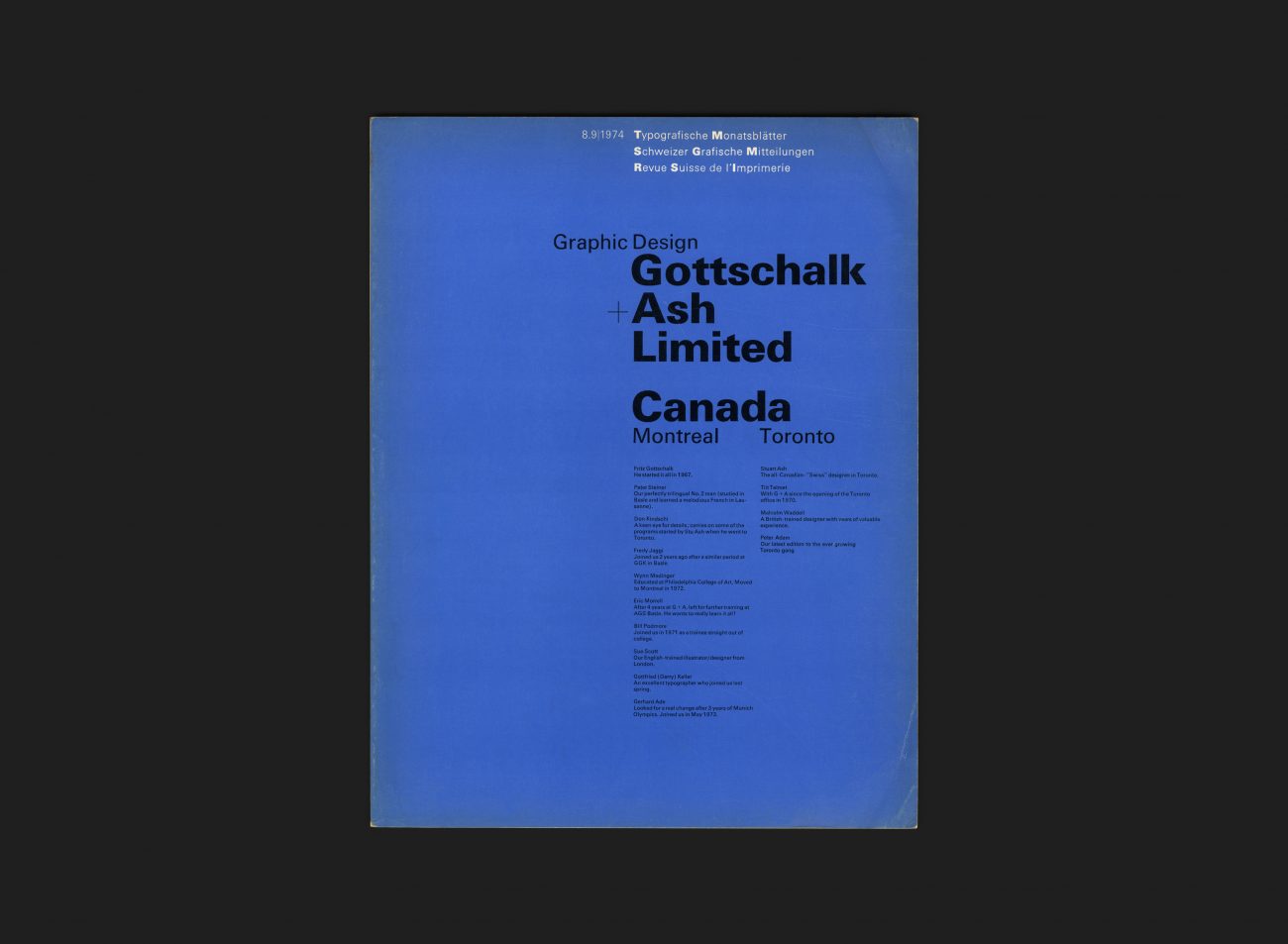 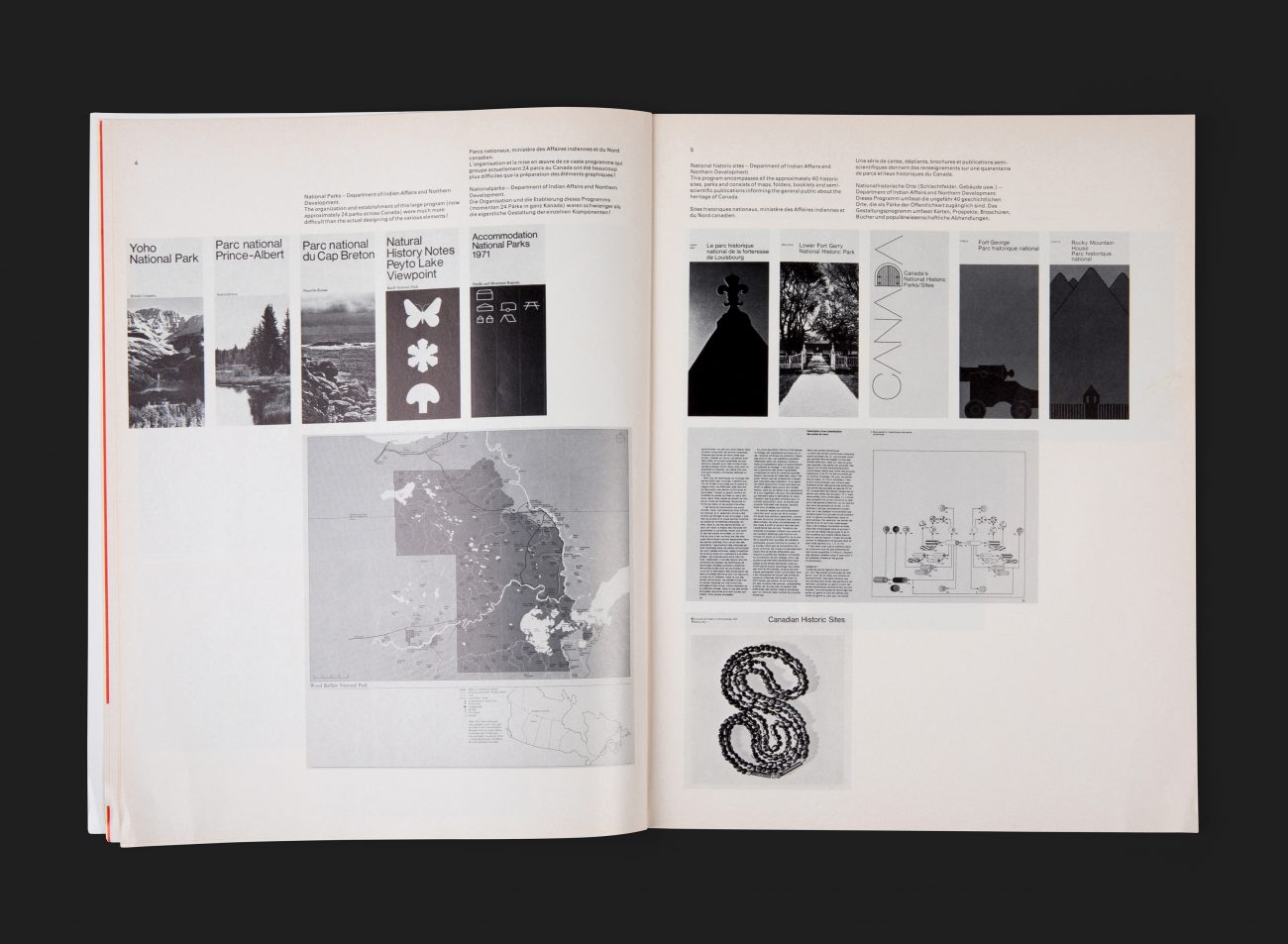 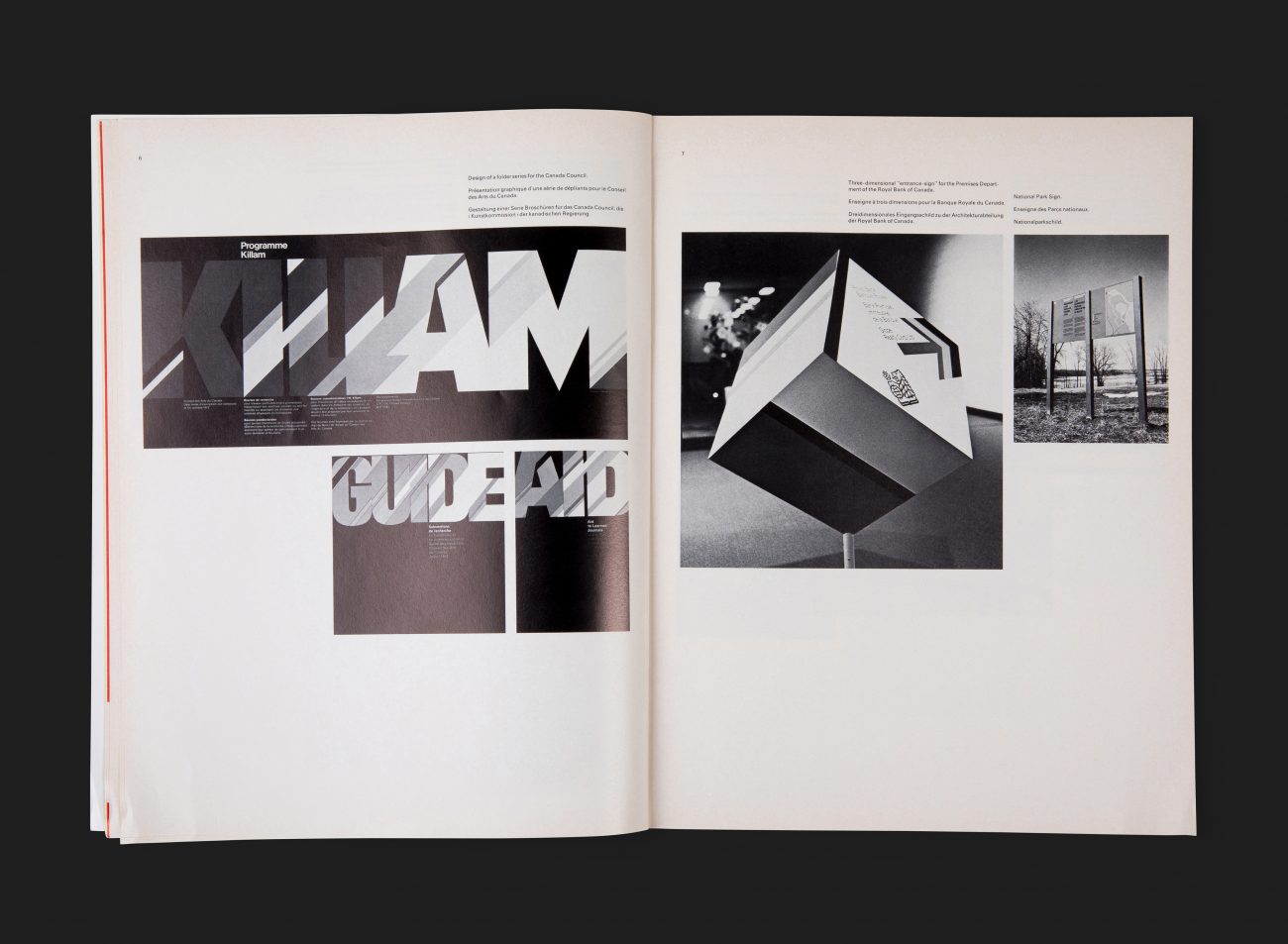 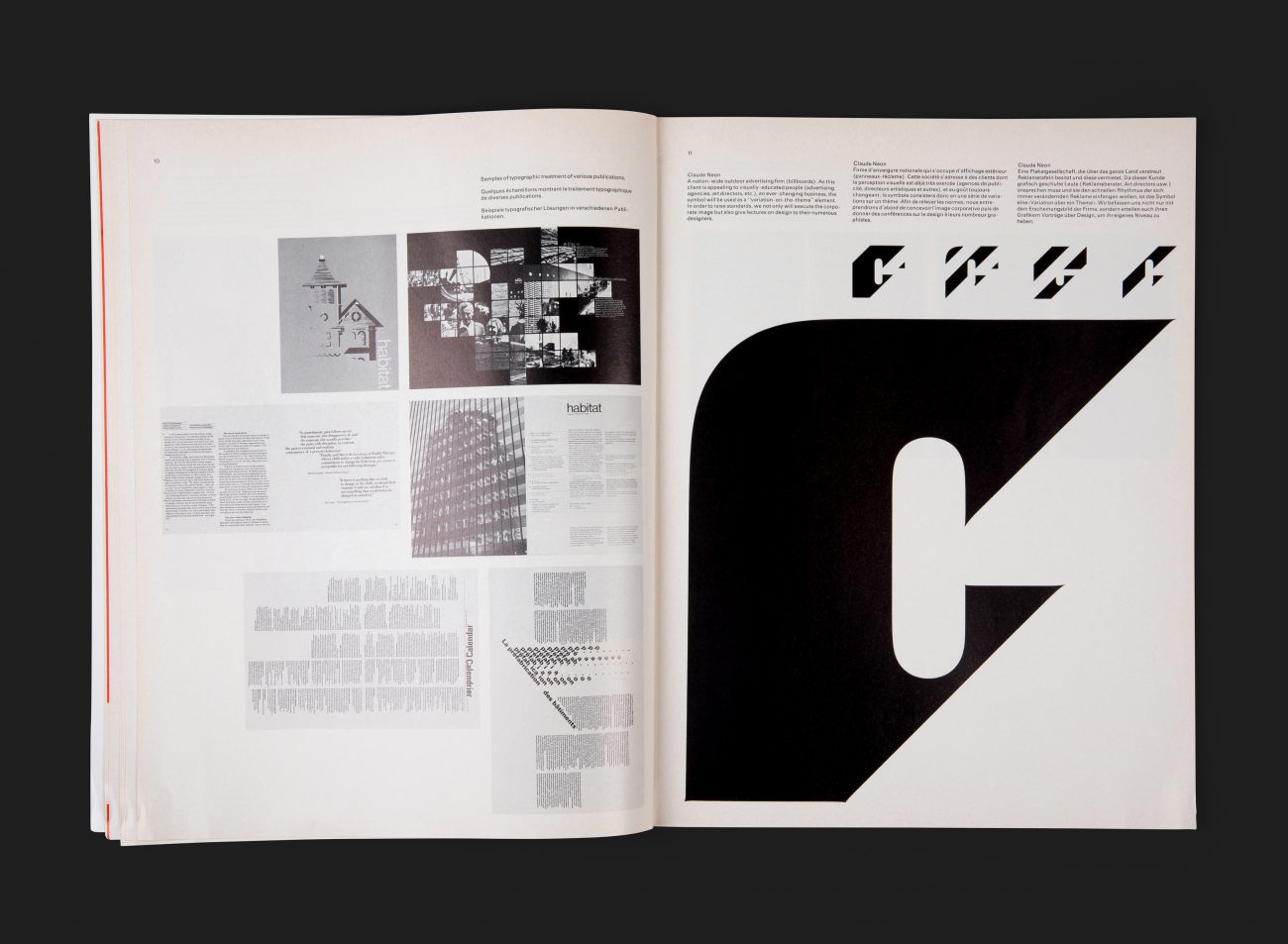 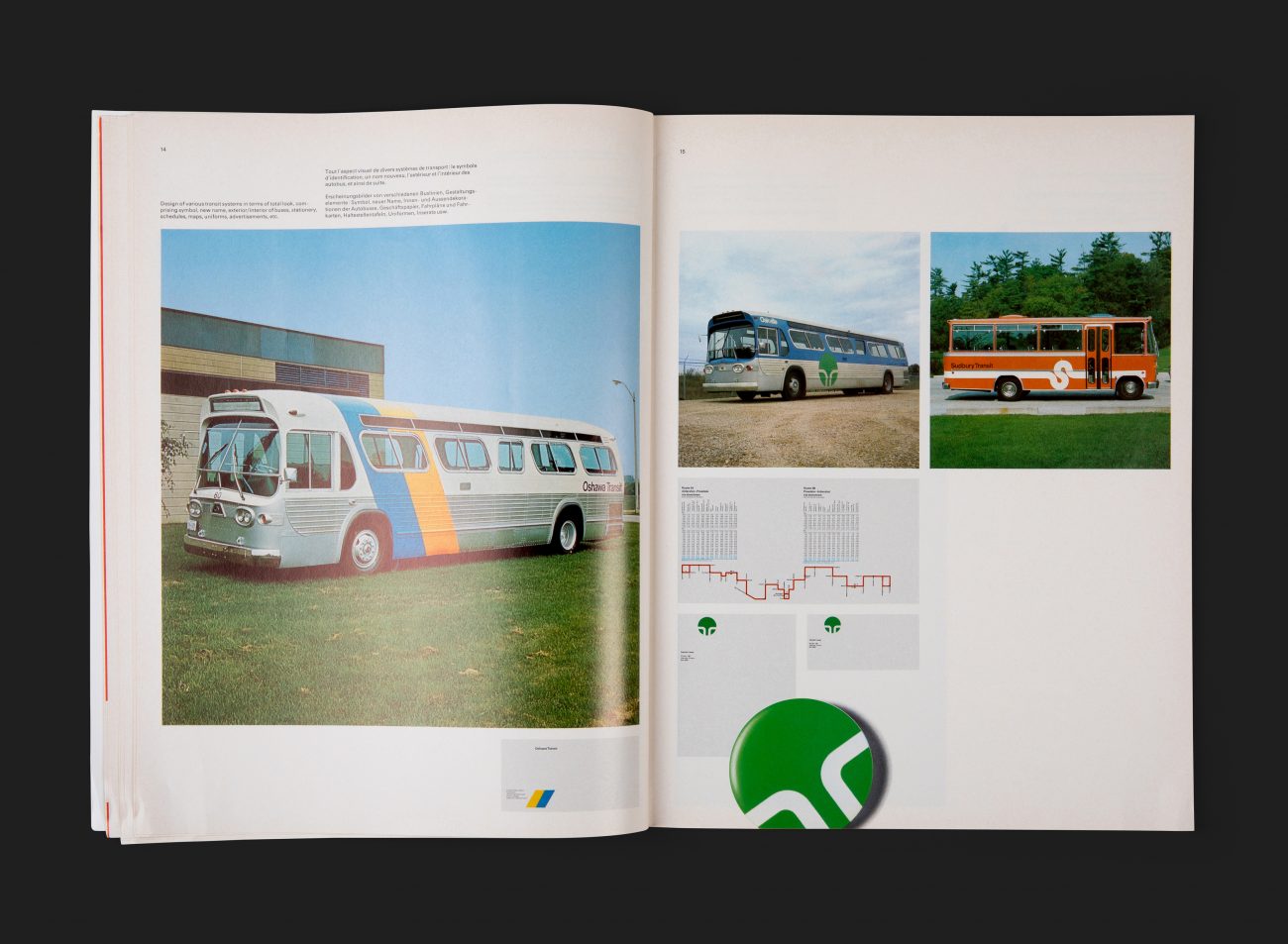 Gottschalk+Ash, now 8 years old at this point, managed to sustain close relations with the international design press — benefiteing them high profile exposure outside of their native Canada. In 1974 Typographische Monatsblätter (TM) profiled the studio. The cover of this issue was designed by Fritz Gottschalk and the enclosed feature written by legendary Czech/Swiss designer-writer Hans Neuburg — who himself had spent time at the G+A Montréal studio on several occasions prior to this.

Neuburg writes of the new breed of Canadian design aesthetic and how the Swiss Gottschalk and the Canadian Ash have managed to successfully combine the ‘functional approach’ with a ‘dash of guts’. Swiss based education, coupled with an openminded cosmopolitanism. Their success of working with a diverse range of clients from government, industry and almost any other sector, results from the fact that they’re able to view and analyze a client’s existing communication problems — good, bad or indifferent — and subsequently fit their own specific or overall solution into a fresh frame of reference.

The cover design is purely typographic and set in Univers. Pantone 285 overprinted with black ink. The details in the layout reveal the architecture behind the firm, giving credit to their full roster of staff at that point in time with a small description for each. A rare thing for any studio’s principals/partners to share the limelight with the fuller workforce… but something G+A have always shown respect for, especially in their crediting. The interior feature is predominantly in black and white, 18 pages in total showcasing a range of project across both studios with 1 colour spread dedicated to recent implementation of transit programs by Ash’s (newer) Toronto office — Oshawa Transit, Oakville Transit and Sudbury Transit.