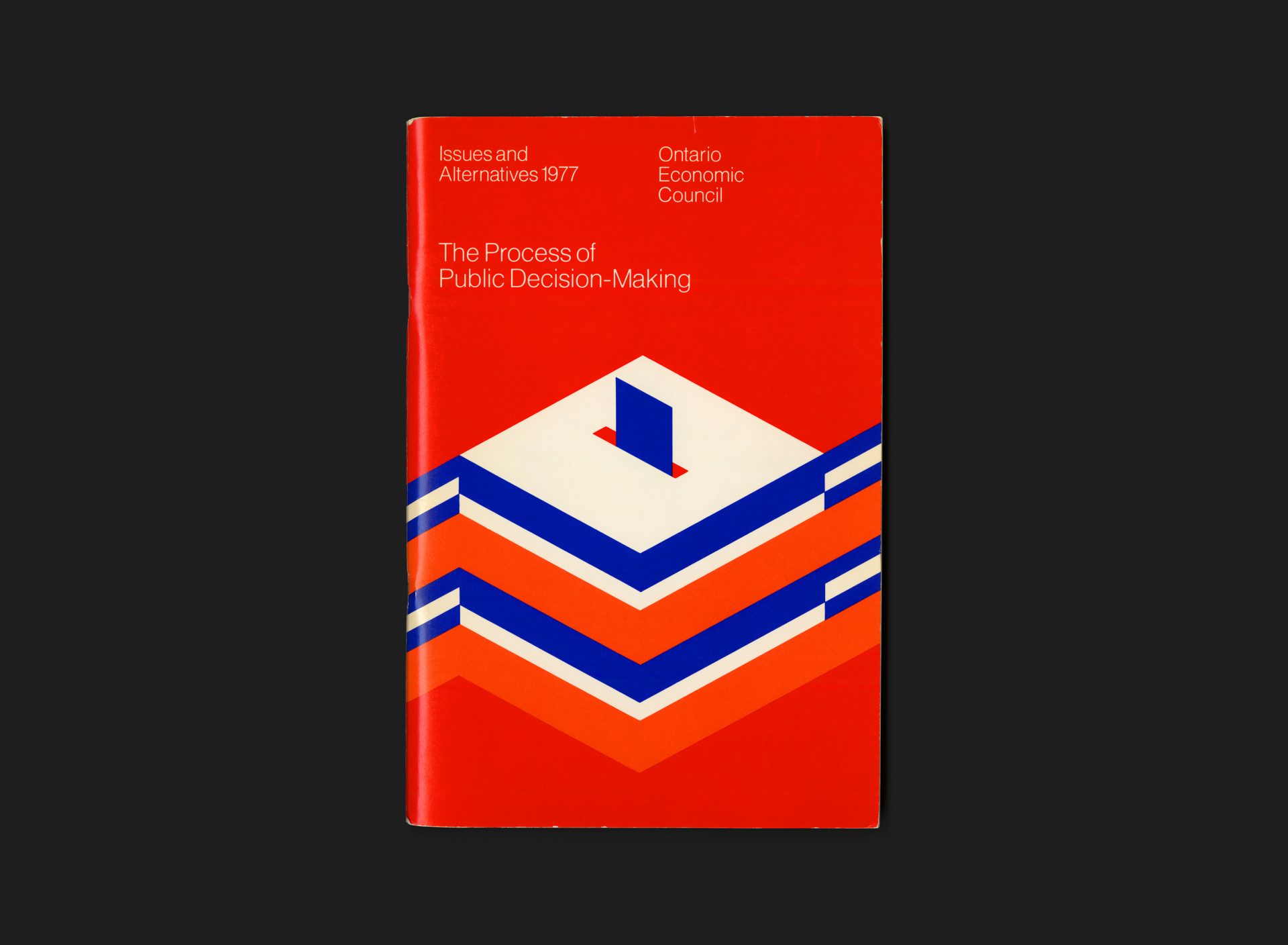 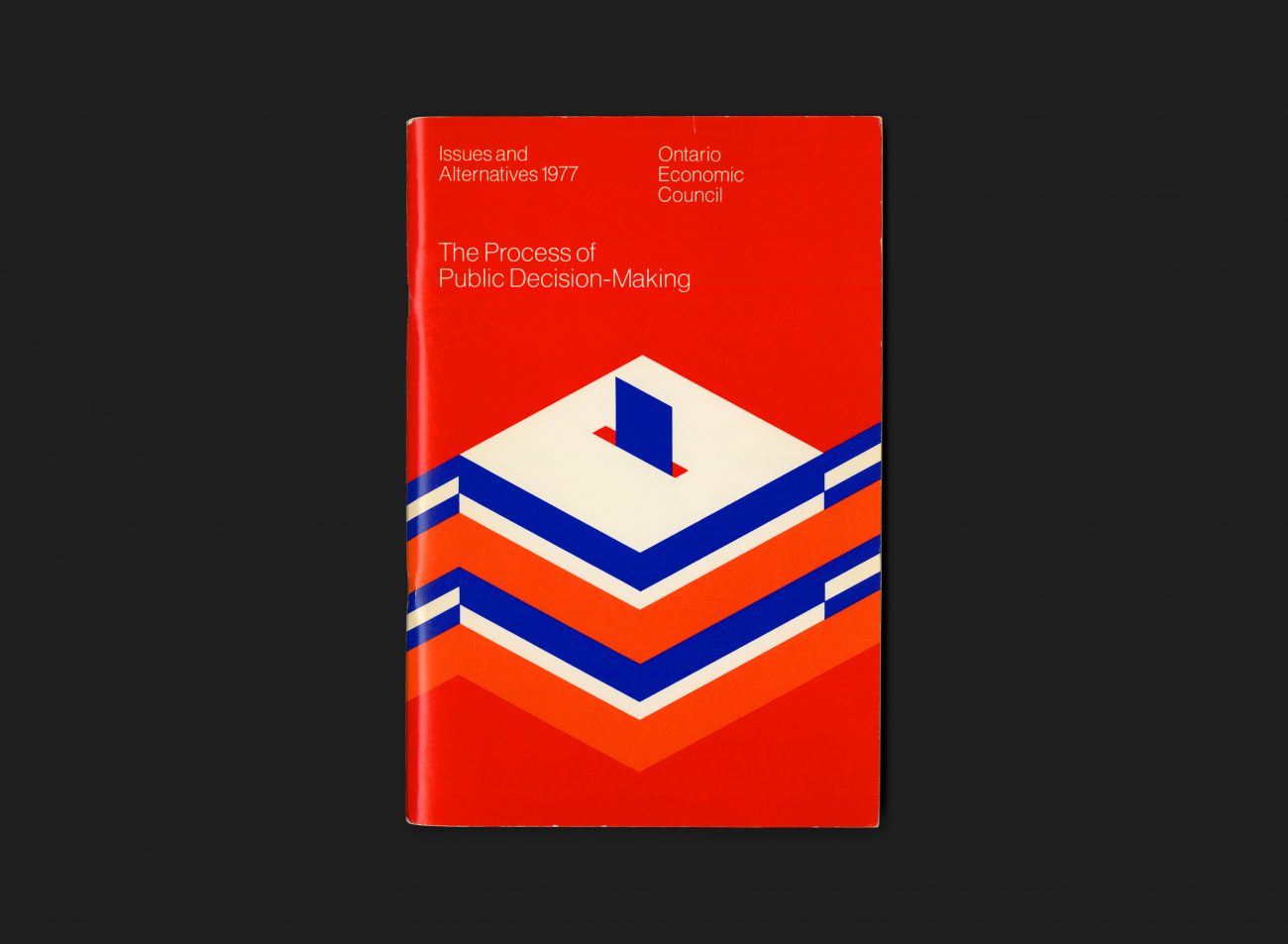 The Process of Public Decision-Making
CM311

Title: The Process of Public Decision-Making

Client: The Process of Public Decision-Making,

The Ontario Economic Council was established in 1968, set-up to to advise the Executive Council of Ontario (the cabinet of the Canadian province of Ontario) on its course of action relating to resources, growth, standards, public awareness, and socioeconomic issues of special significance to the people of Ontario. The organization functioned in this capacity until 1985.

This publication is one of a series of papers and attempts to elucidate the complex process whereby governments arrive at decisions in such areas as health, housing, education and social security policy. It’s primary narrative seeks to challenge the notion of ‘public interest’ as a central principle of policy making. Instead, it emphasizes that self-interest and the incentives for those participating in the process play a major role in determining what decisions are made (and not made). The report reflected the general consensus of its members at the time.

The cover design of this publication depicts a geometrically constructed ballot box, graphically illustrating the democratic process. It is printed in red and blue ink, which historically have represented the two primary political parties in Canada. The title is set in a light weight of Helvetica across 2 columns. In 1977, Bill Davis, from the Progressive Conservative party, was elected as Premier in Ontario.