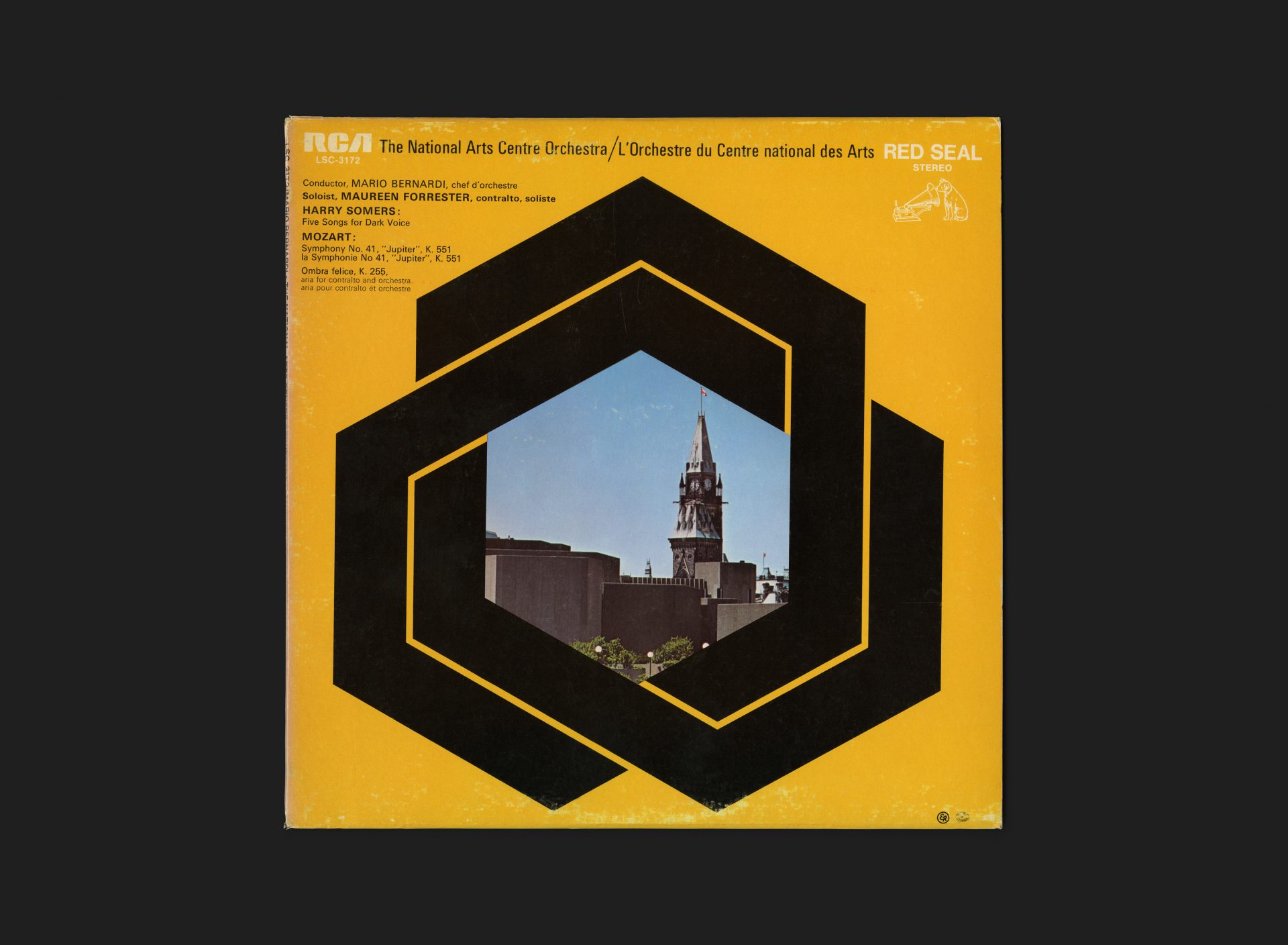 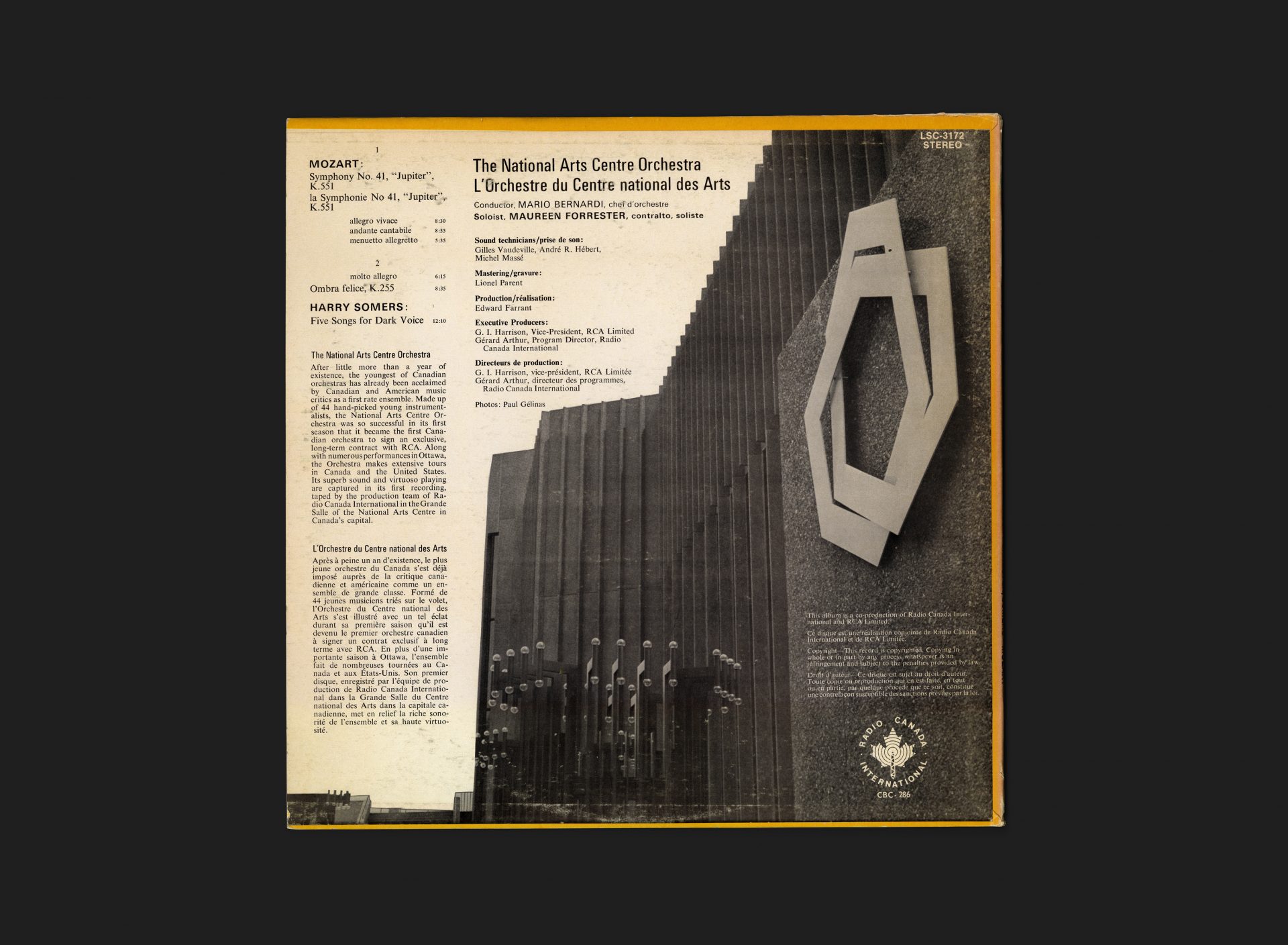 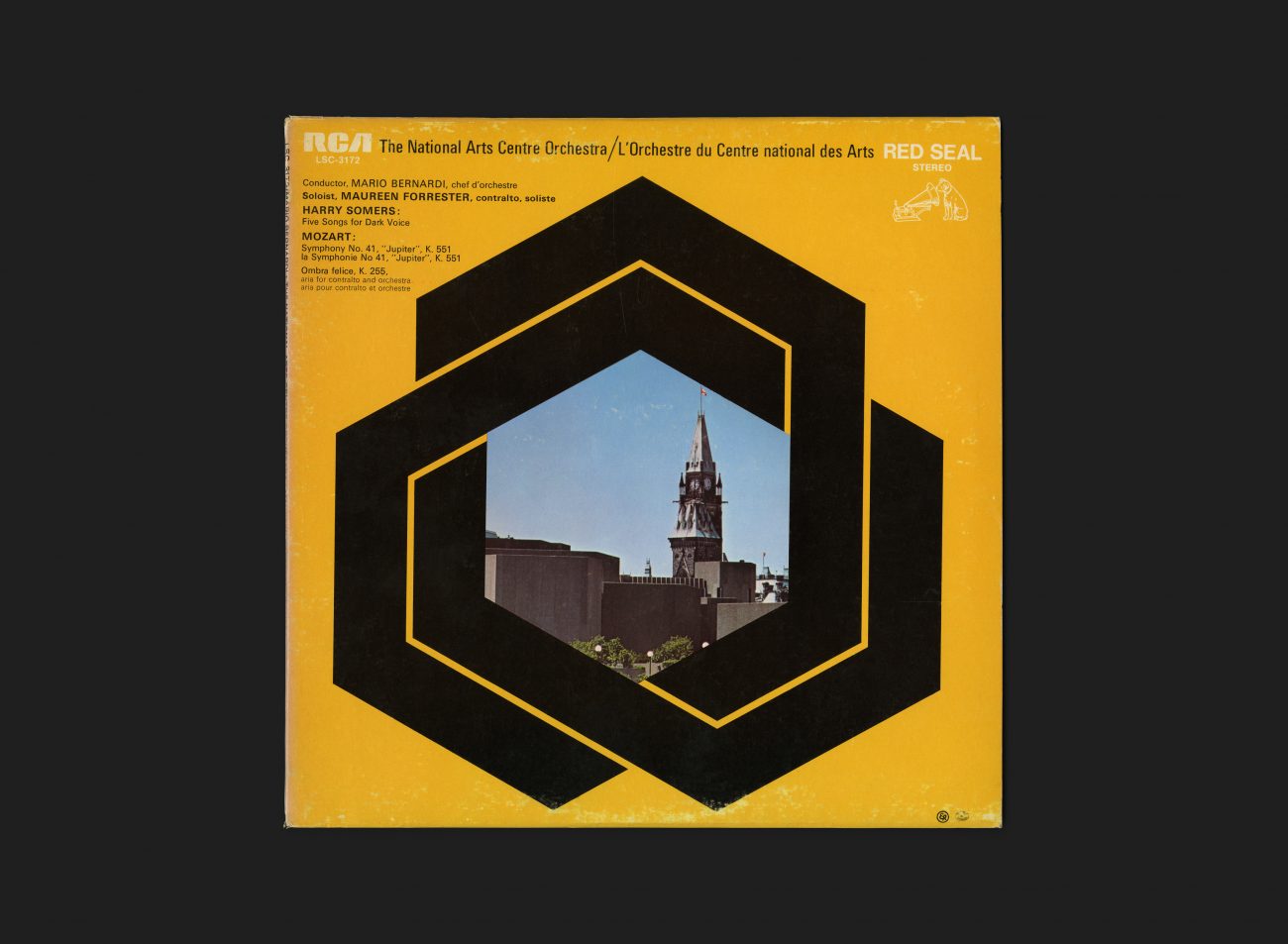 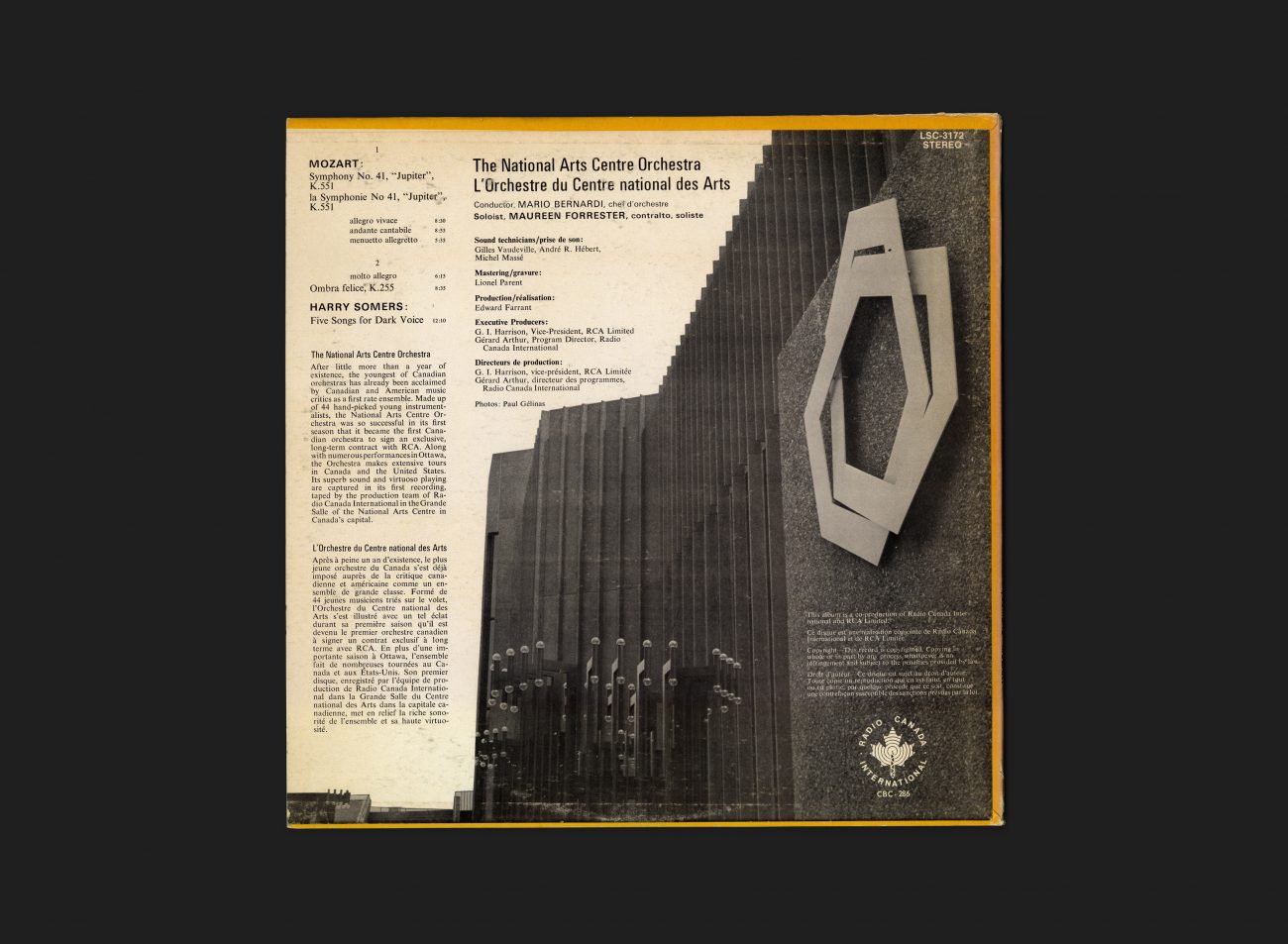 The National Arts Centre, after 7 years being built, opened in June 1969. It’s opening was planned to coincide with the country’s centennial in 1967, but fell 2 years behind schedule. Coinciding the the opening of the centre the National Arts Centre Orchestra made it debut, comprising of 44 hand-picked young instrumentalists. Within less than a year (when this LP was released) the orchestra had gained critical, International acclaim as a first rate ensemble. It was so successful in its first season that it became the first Canadian orchestra to ever sign an exclusive, long-term contract with RCA. This LP forms the first recording, taped by the production team of Radio Canada International in the Grande Salle of the National Arts Centre.

The sleeve of the record is comprised of an oversized corporate symbol with an inset image of the beautiful, concrete structure of the NAC in the centre, the parliament building visible in the background. Typography is set in the institution’s typeface Univers. The back features a large black and white image of the centre’s brutalist architecture, displaying one of the permanent signs applied to its walls.

The symbol, designed by Ernst Roch (see here) is comprised of  three interlocking forms representing the performance art forms of music, drama and dance. The implementation of the fuller identity and its application was handled with Rolf Harder under their studio Design Collaborative.