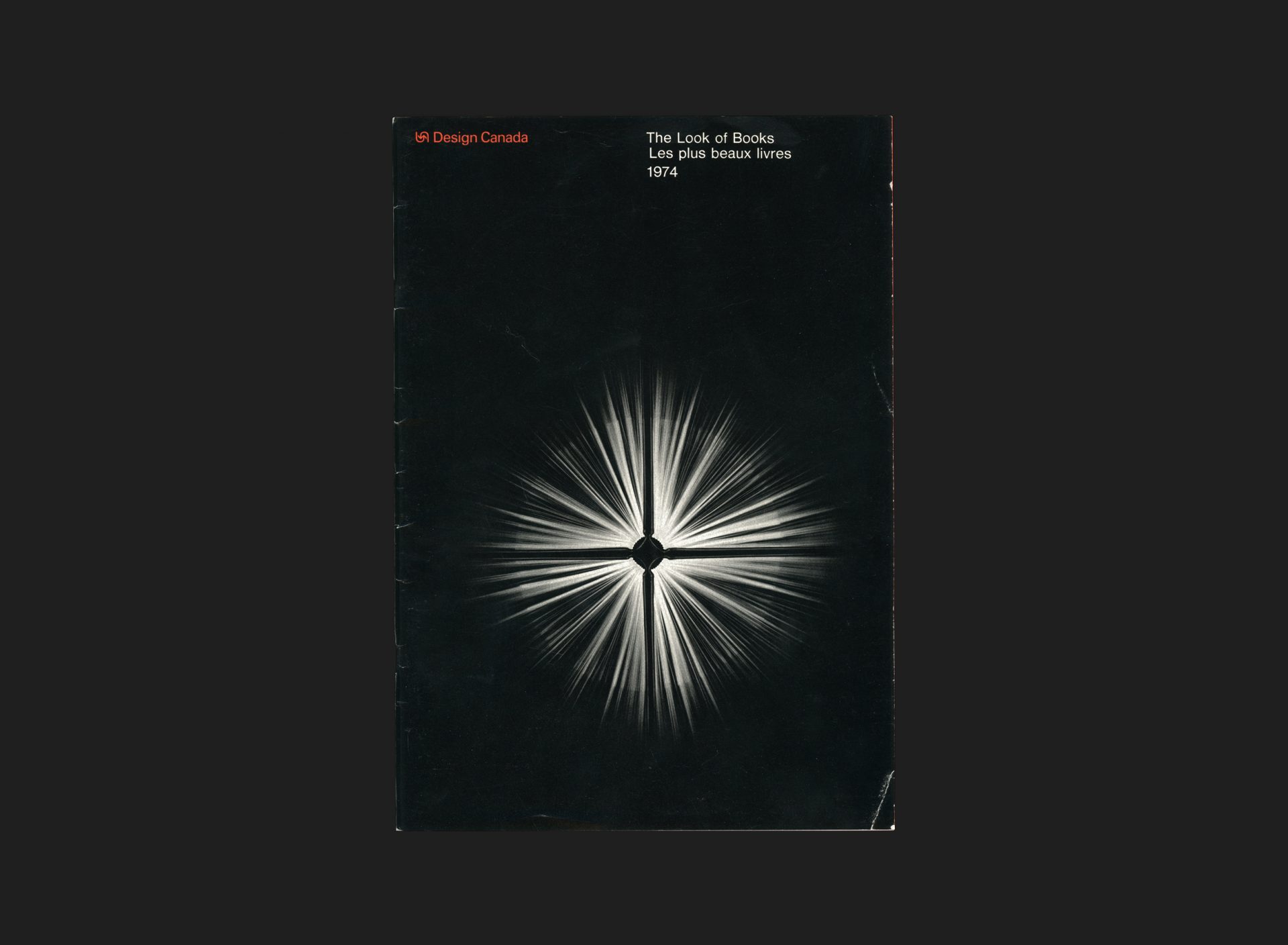 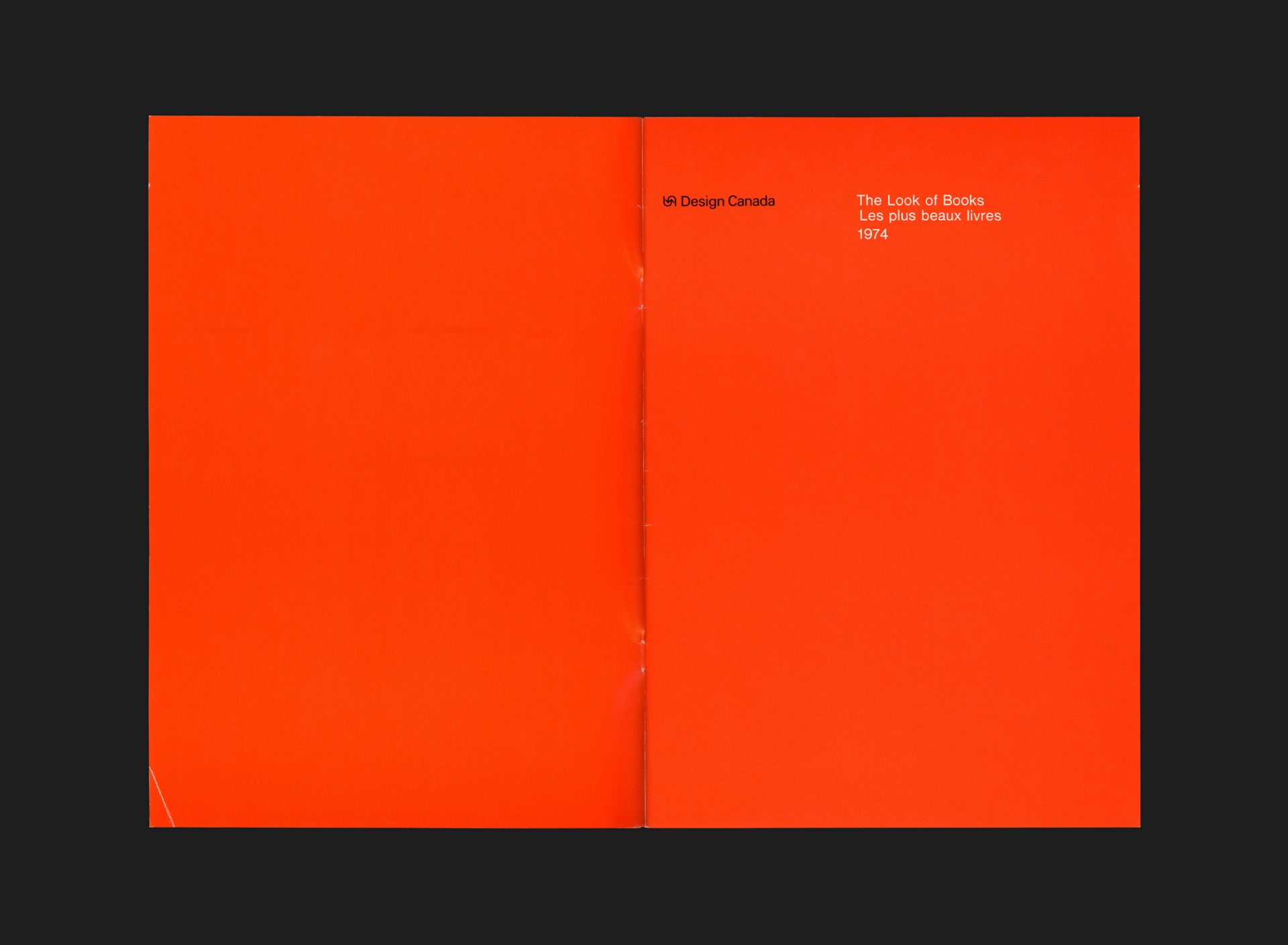 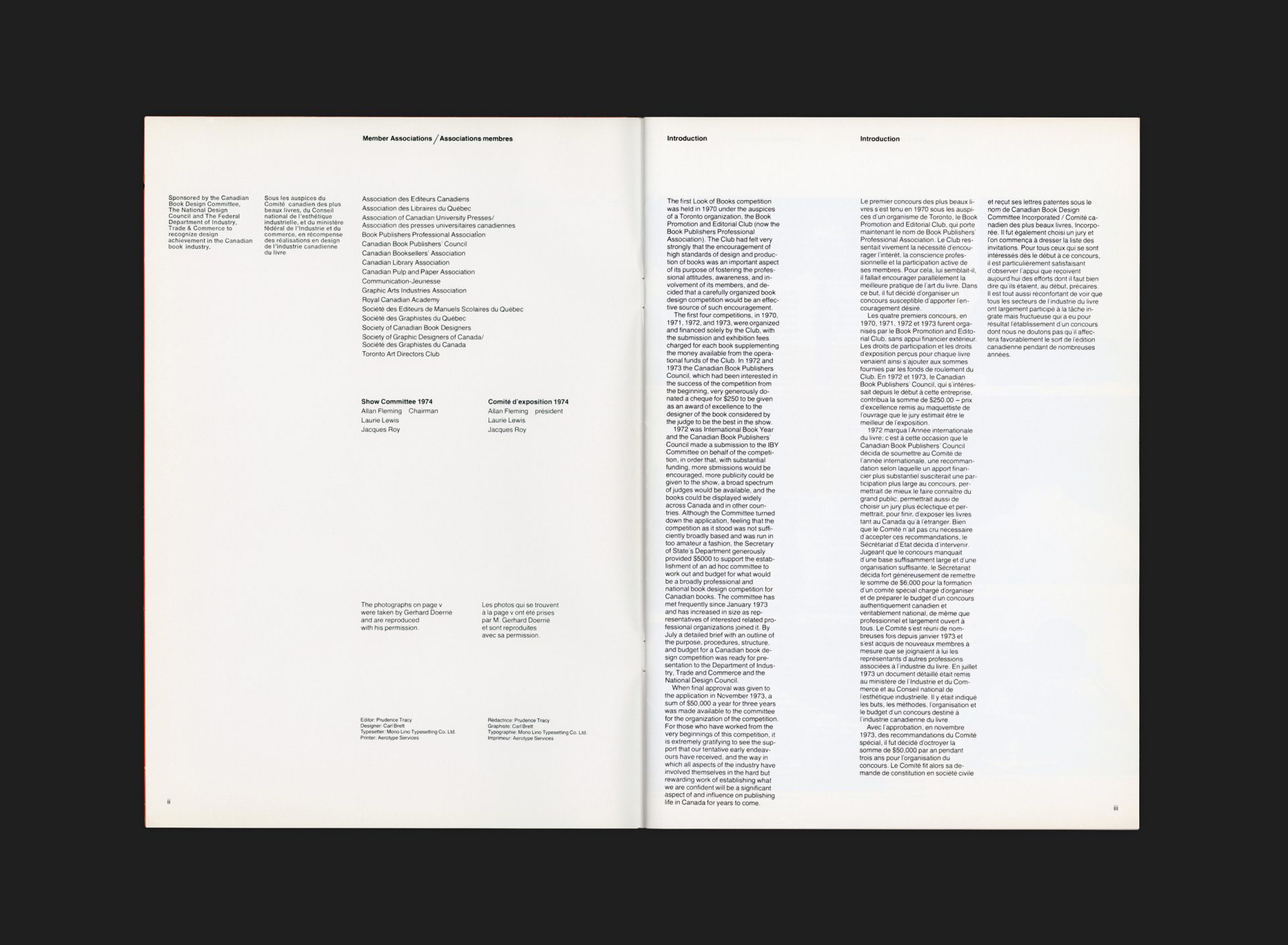 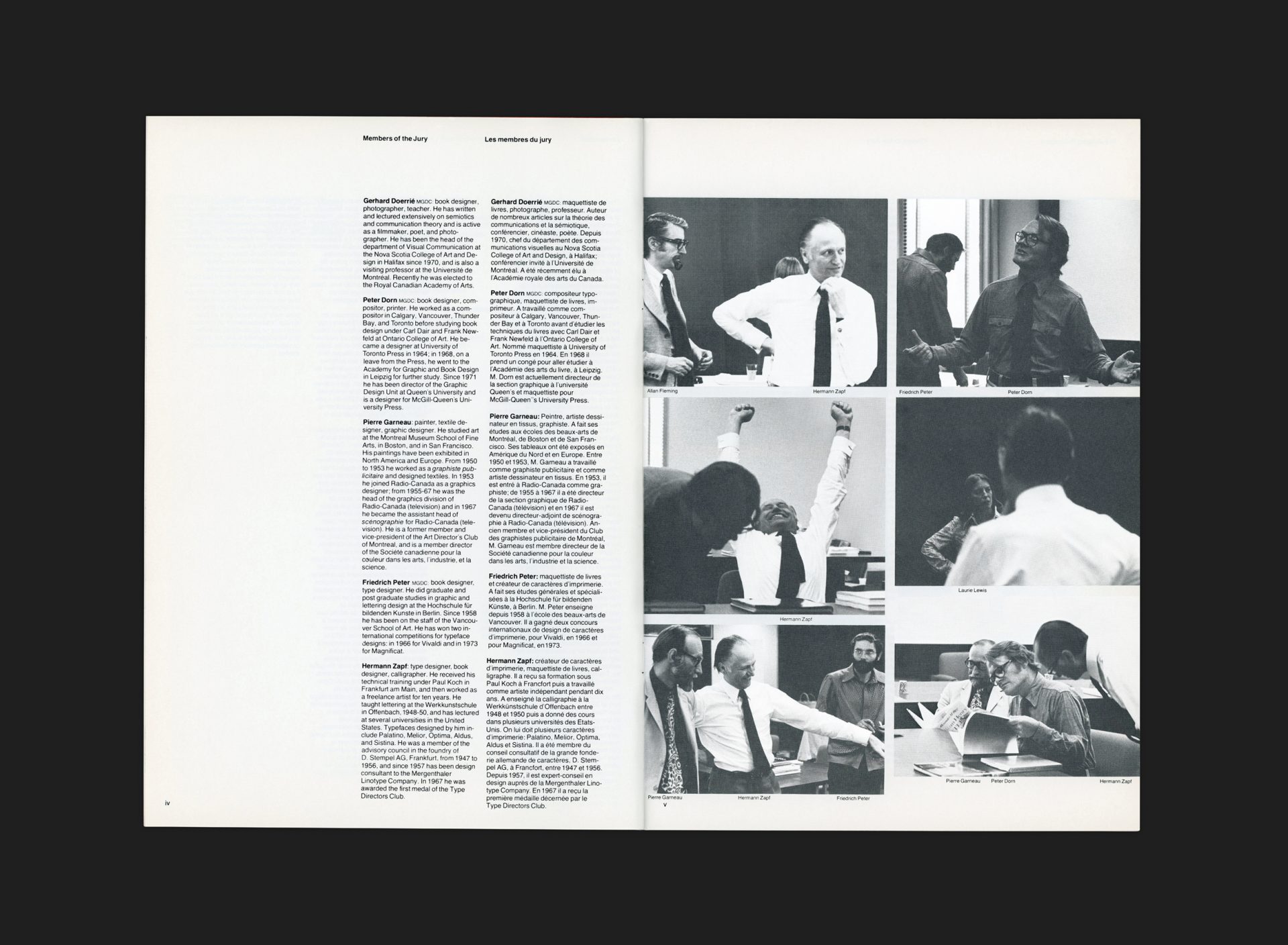 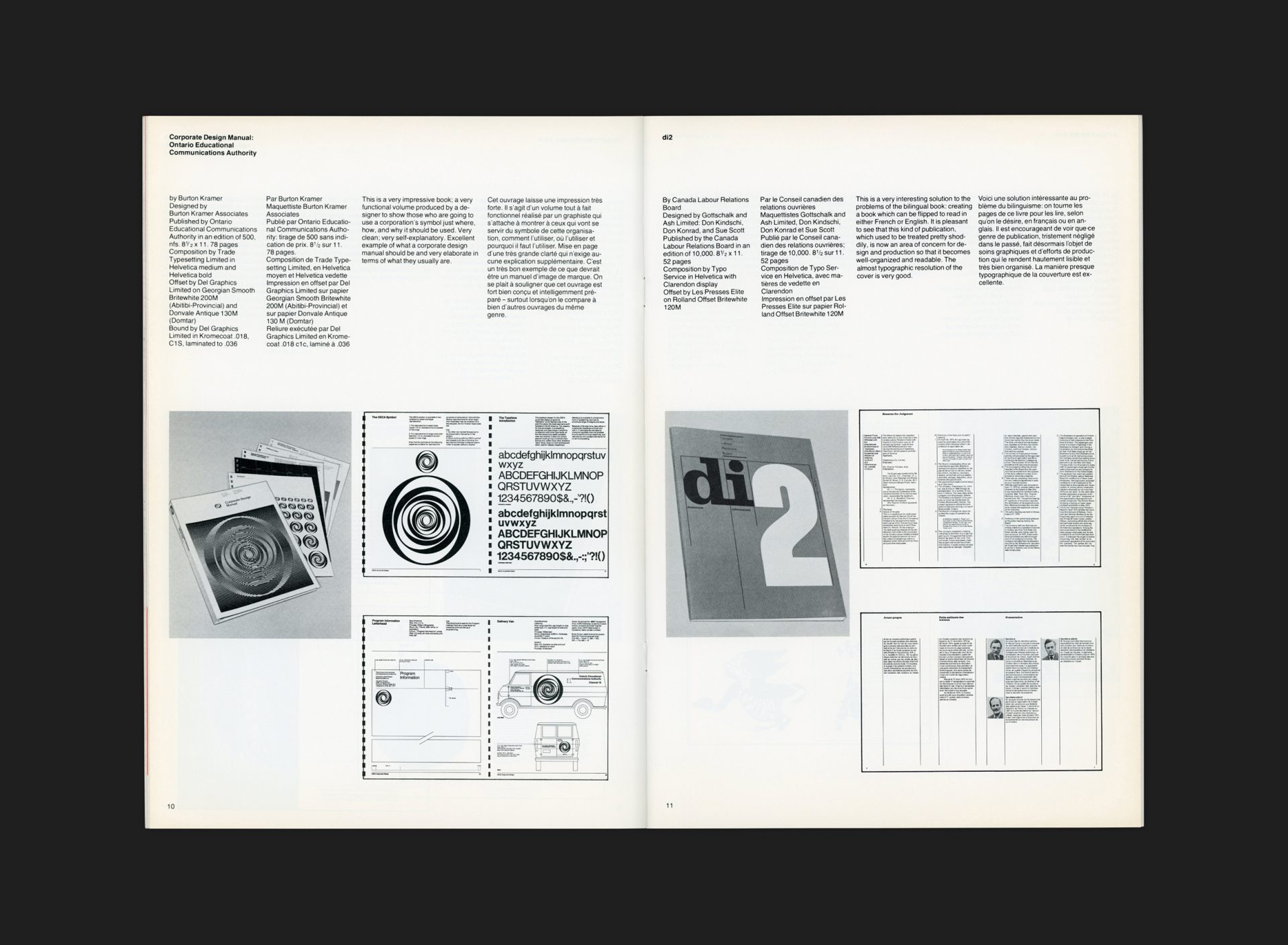 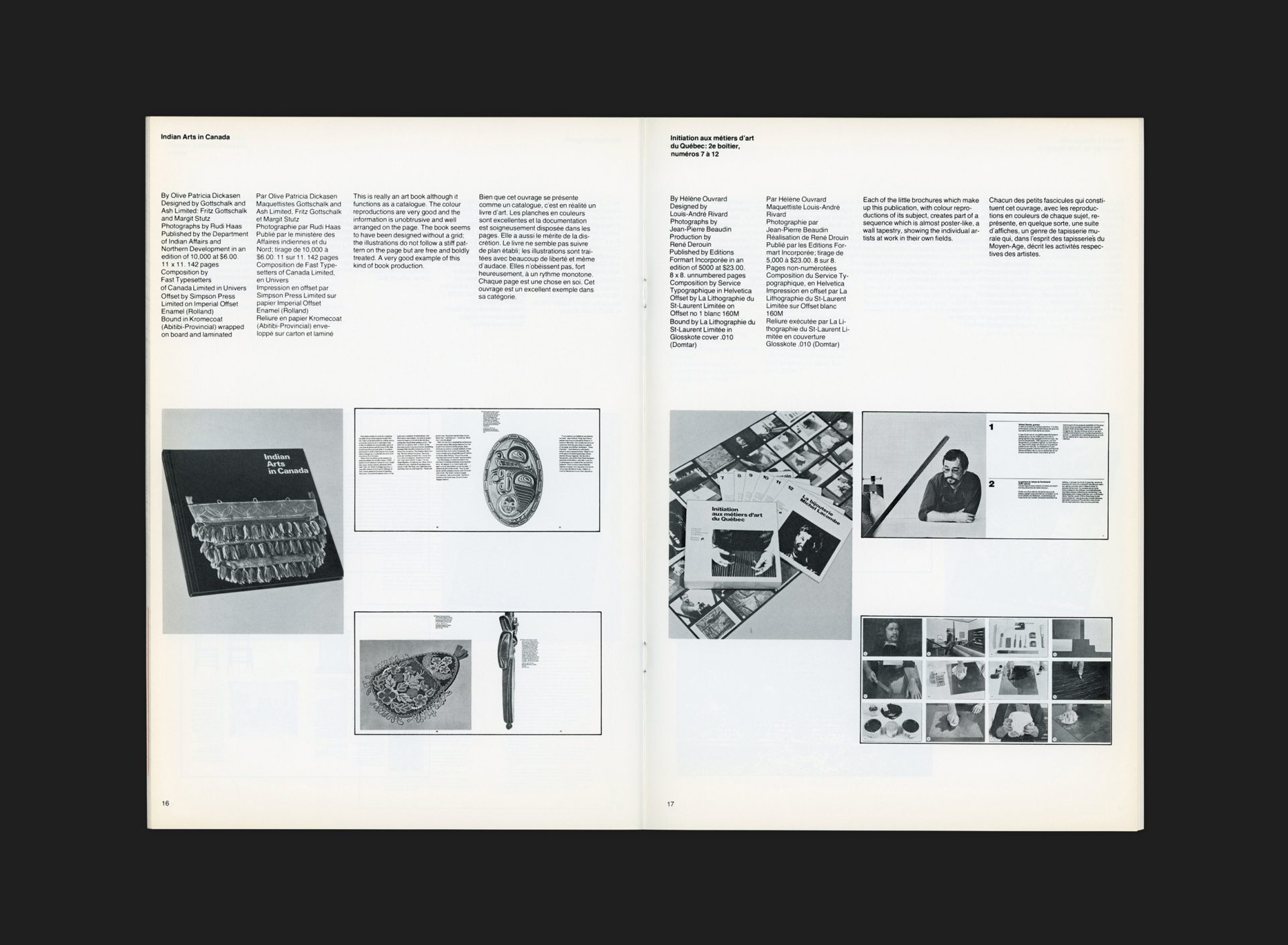 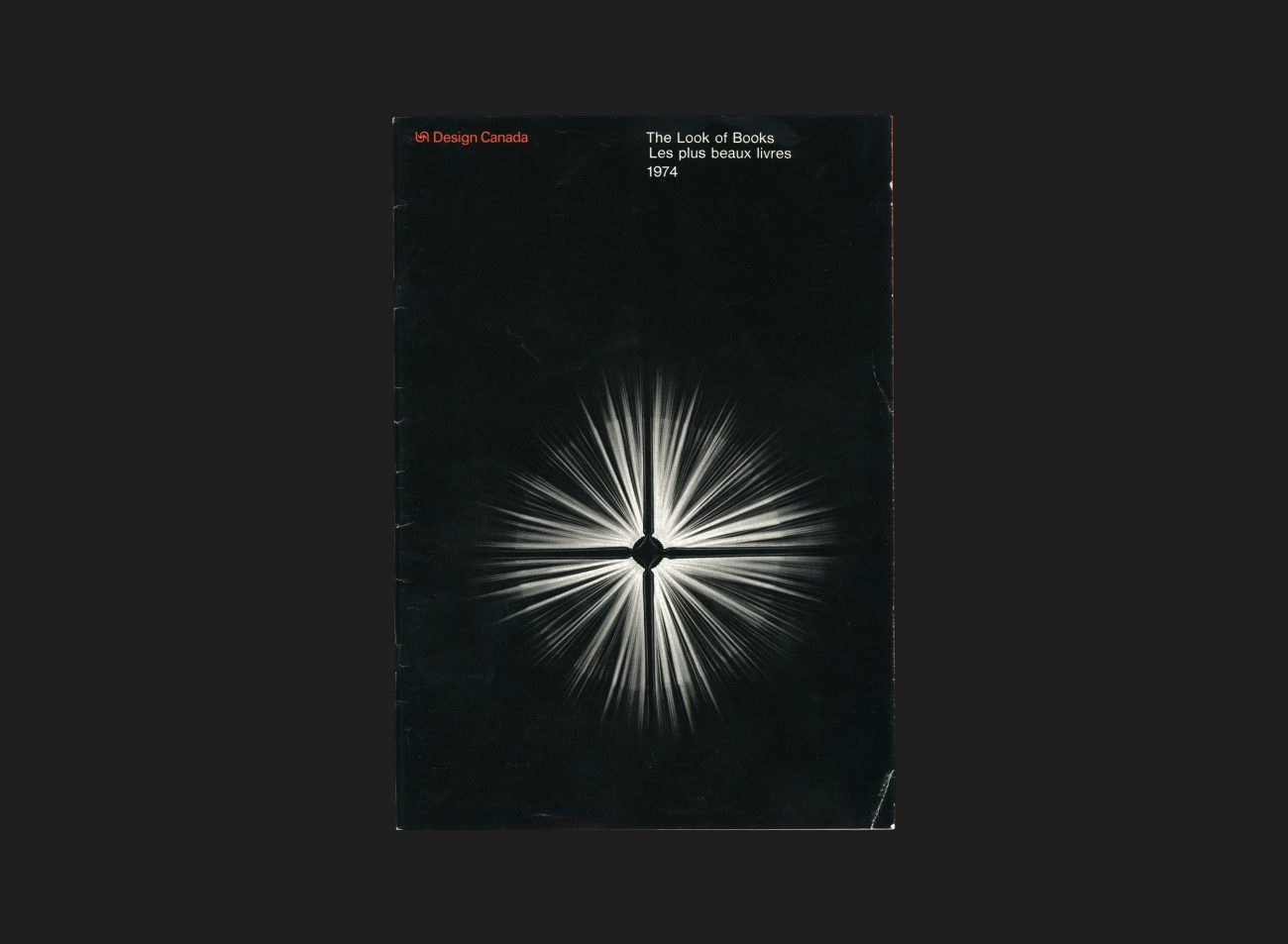 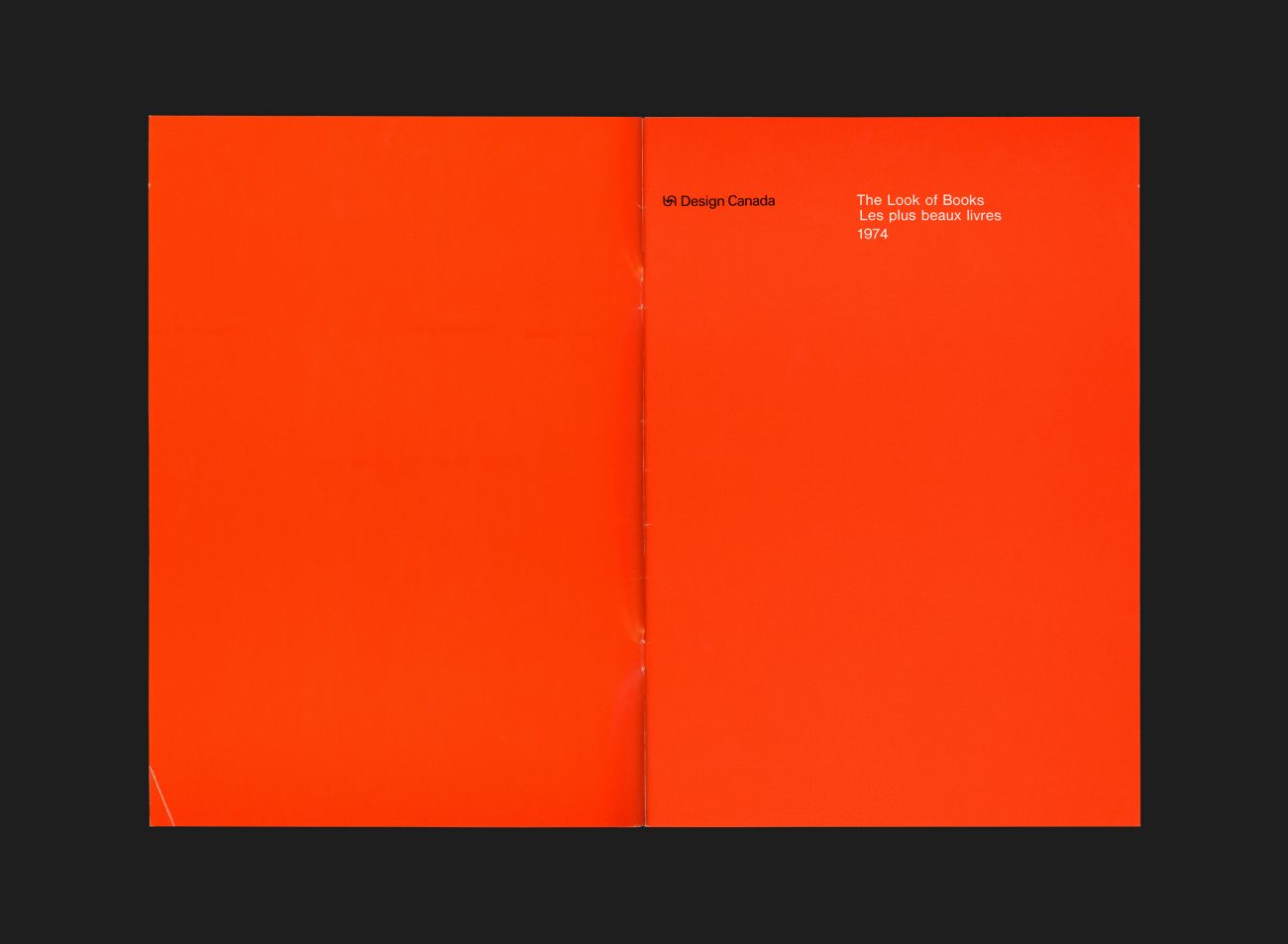 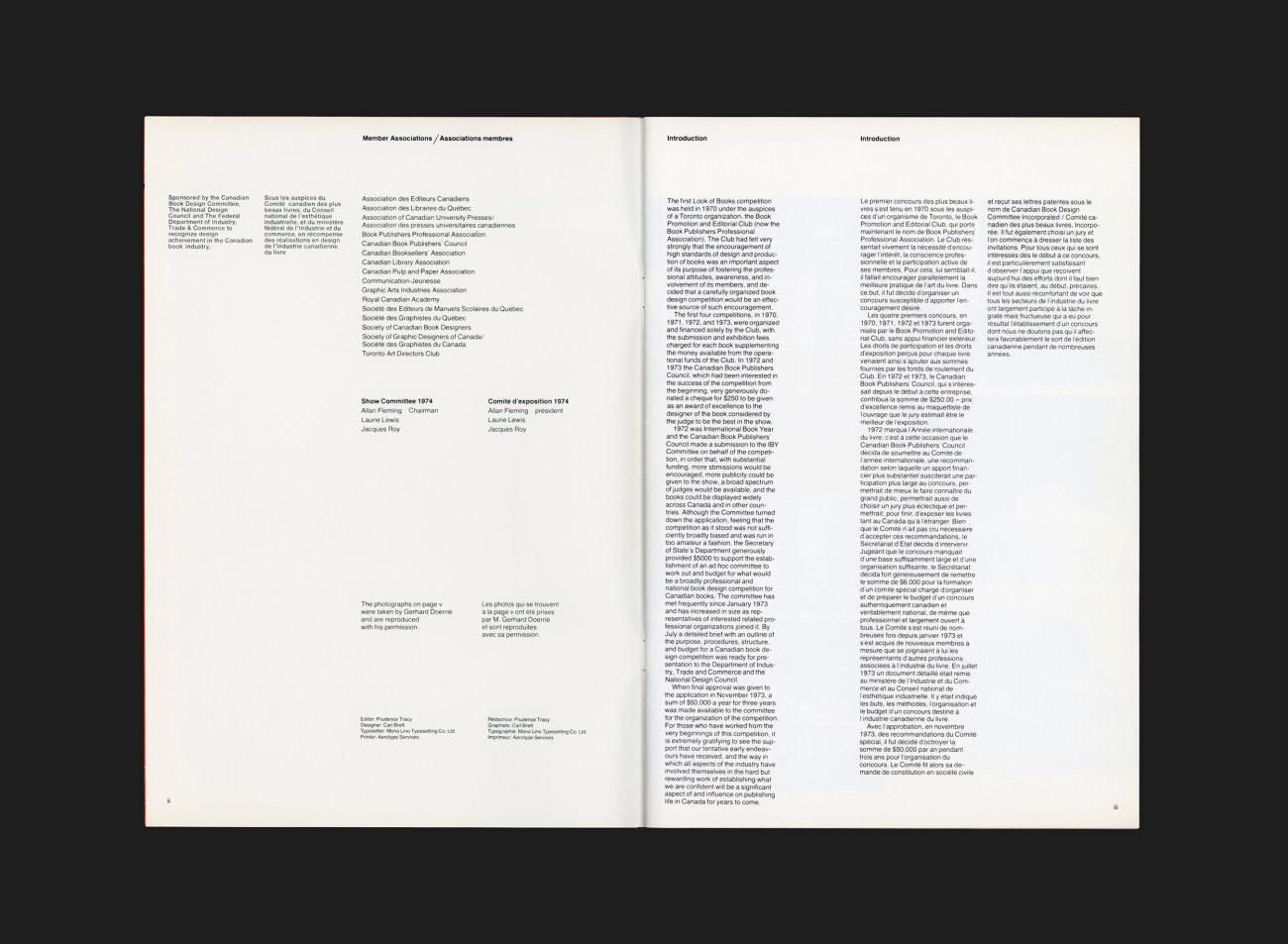 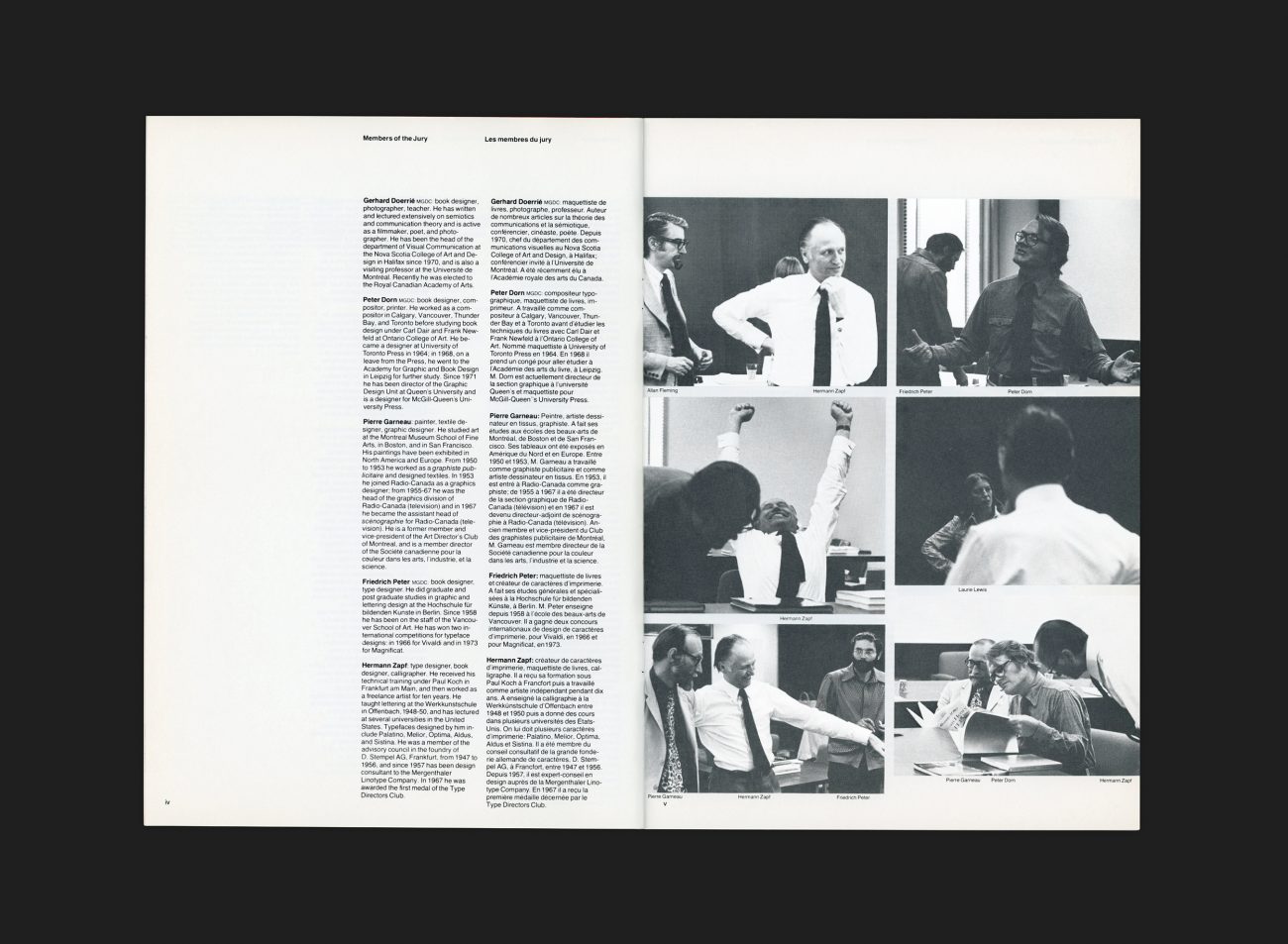 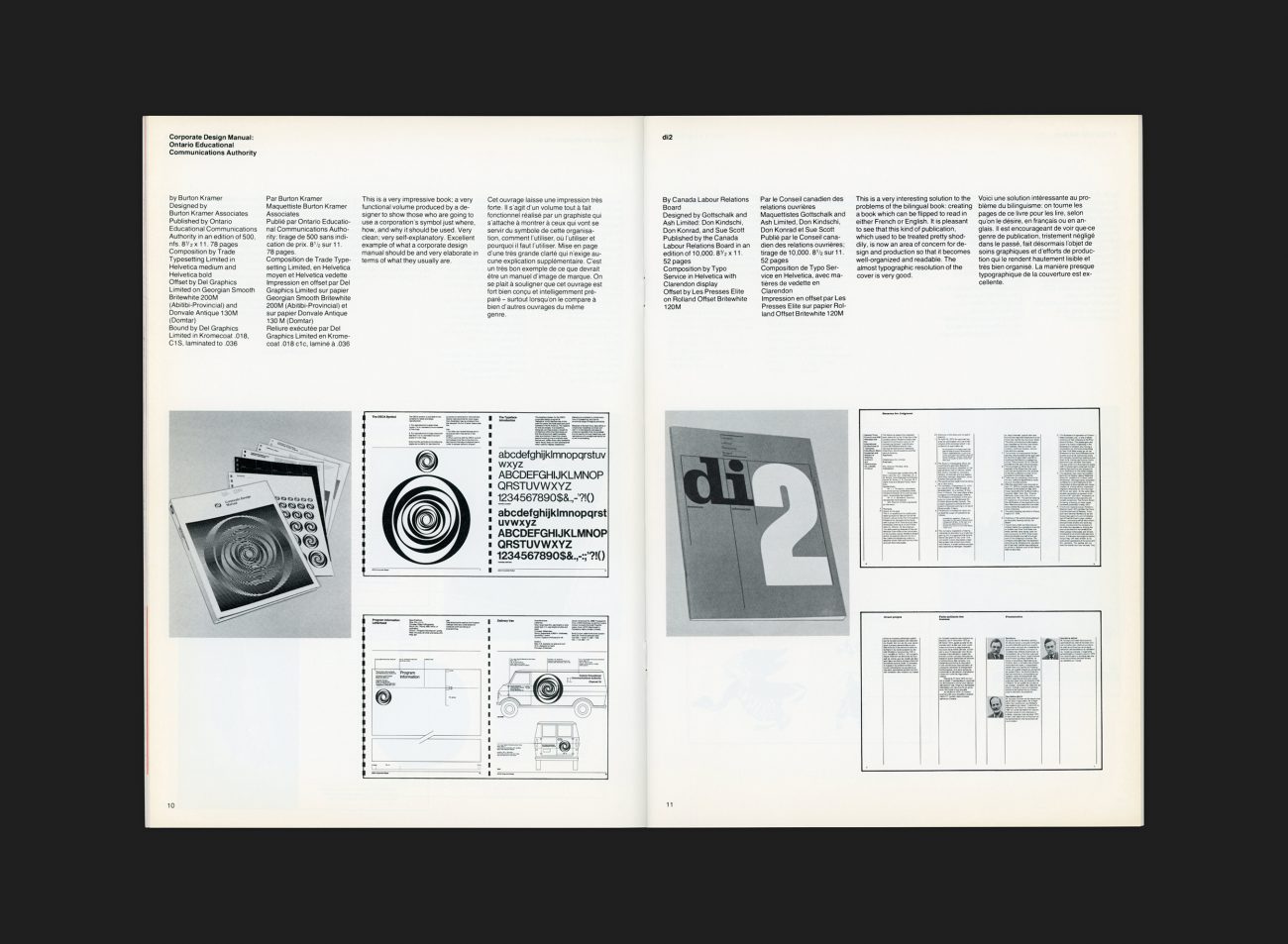 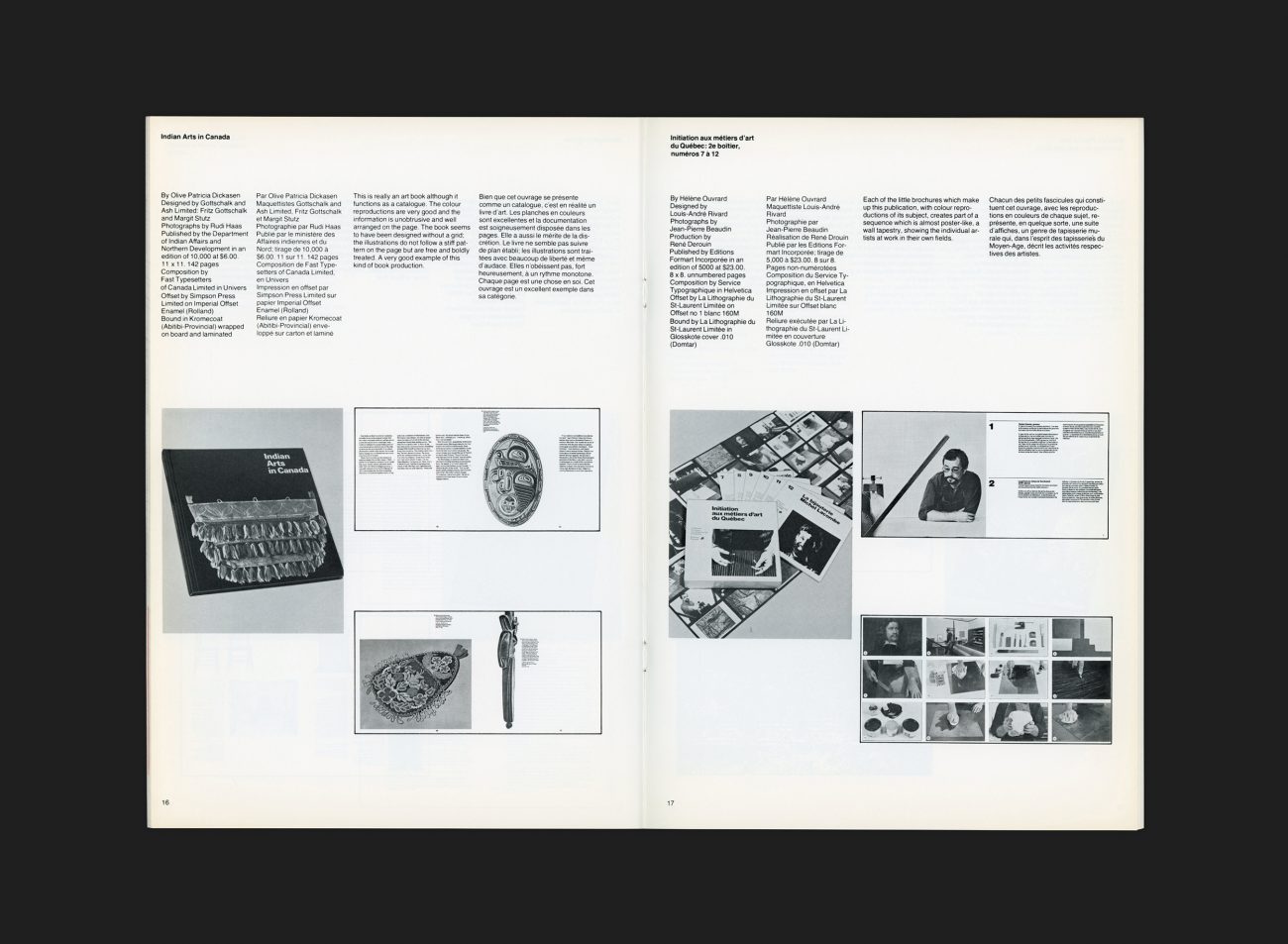 The Look of Books competition was originally conceived and run by the Book Promotion and Editorial Club of Canada, but after 4 years it successfully gained funding from the Department of Industry, and as a result became a ‘Design Canada’ competition. The 1974 exhibition was the first year under the auspices of Design Canada.

The Jury were Gerhard Doerrié, Peter Dorn, Pierre Garneah, Friedrich Peter and Herman Zapf. The 1974 Show Committee consisted of Allan Fleming (Chairman), Laurie Lewis and Jacques Roy. The Jury commented that “The books which have been chosen for the exhibition show that Canada is capable of producing excellent books. But the hundreds of rejected books show that there is still a good deal of room for improvement: in printing, and binding in general, in halftone printing, in the choice of paper, and in typesetting where there is still much to be learned in the use of new technology: IBM photo-composition etc.”

The competition programme, designed by Carl Brett, gives a full page to each winning entry, dedicating the top third of each page to technical details and jury comment, and the lower two-thirds to photographs of each cover and selected contents. The programme cover features a striking concept of four open books with their pages fanned, to form a circular image. The four covers create an almost biblical cross at the centre, and this image became the overarching identity for the entire show. The programme is printed in black throughout, with a second red ink preserved for the cover section and a couple of key areas within.