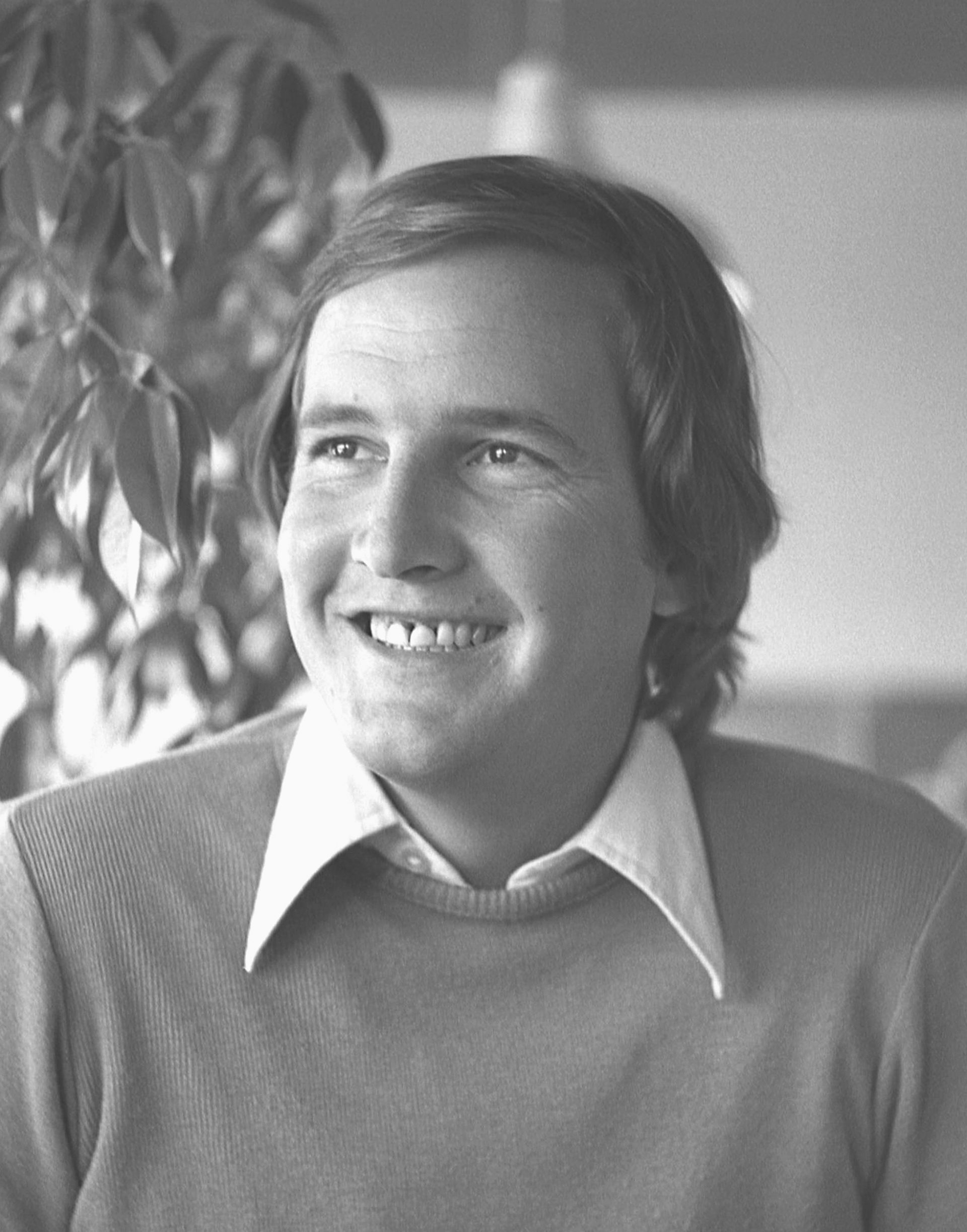 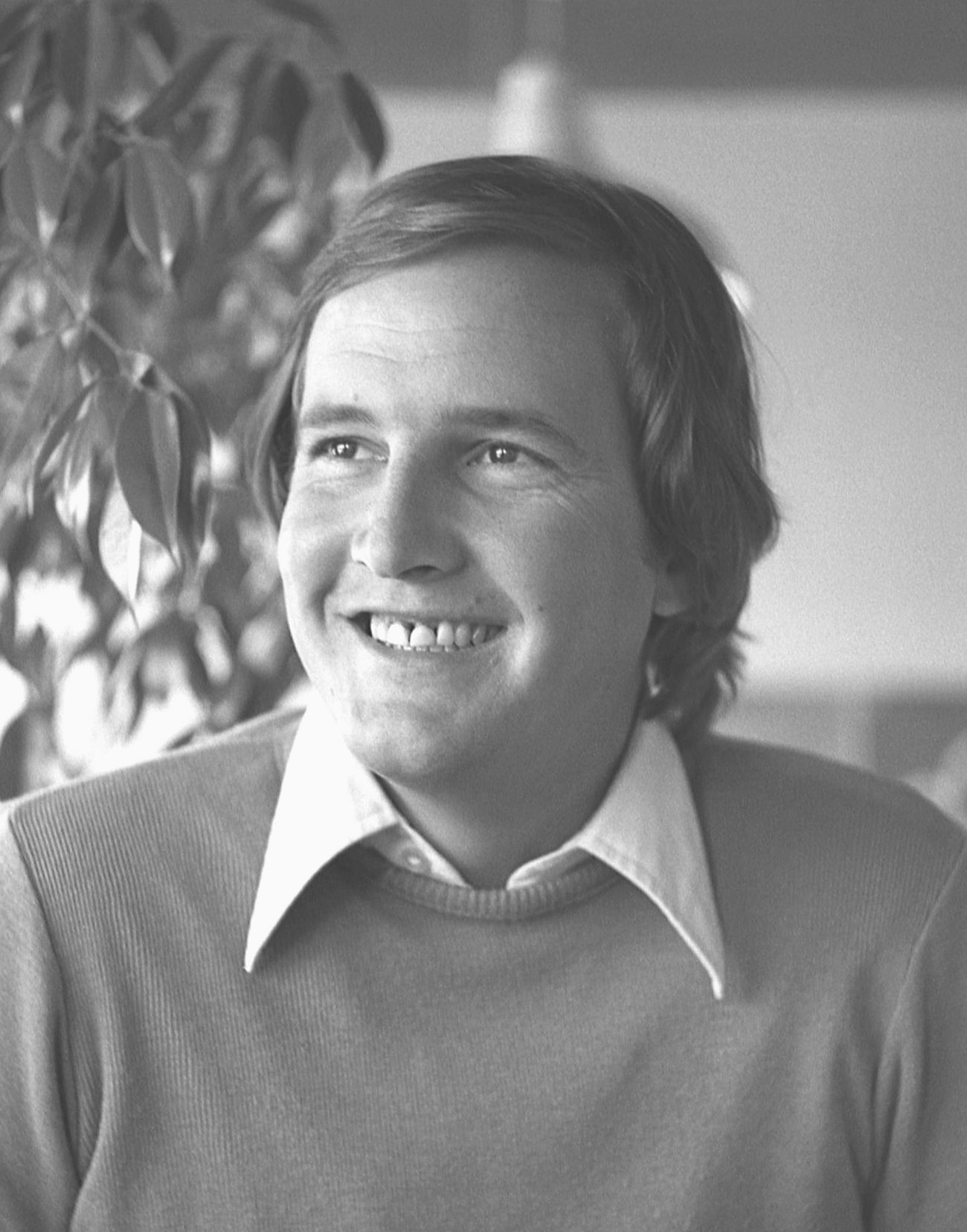 Stuart Ash was born in Hamilton, Ontario, in 1942. The son of a banker, he soon found his love of drawing and illustration, and was regularly called upon at school to design posters. After 2 years at Western Technical College between 1957 and 1959, he enrolled at Ontario College of Arts to study design, one of the youngest students to be accepted on the course.

During his time at OCA, Stuart quickly became frustrated by the focus on what he described as “Boring, British centre-style typography”. It was through the pages of Graphis Magazine that Stuart gained an understanding of the International Design Style and those designers practising it globally. Stuart began to follow the designers who were doing the most progressive work in both North America and Europe.

“For me, I was experiencing a philosophy. Like a religion, it came with a way of thinking, but also a way of behaving, and a way of organising yourself.”

Graduating from OCA in 1963, Stuart took a summer job delivering type for Cooper & Beatty. At that time they were at the forefront of typography in Canada under the creative leadership of Allan Fleming. He would see all the work and began once again, carving out his own luck; meeting people and building connections that might one day prove fruitful.

As a result, the summer job led to an internship at the firm. This proved to be a pivotal moment not just in Stuart’s career, but also in the development of Canada’s design history. Stuart started just as Allan was retiring and Anthony Mann was taking over, which also coincided with Cooper & Beatty shifting their focus away from book publishing and towards advertising.

“At that point, it was a pivotal shift in the use of typefaces, that’s when Univers came out. We did all of the promotional material for that. It was really powerful stuff and it made the change from the old to the new, Tony was instrumental in that.”

In January 1963 the Canadian Centennial Commission convened, and initiated a number of projects in support of the nation’s Centennial celebrations. It was through these projects that Carl Dair would create the typeface Cartier, Gordon Lightfoot would write the song “Canadian Railroad Trilogy” and Stuart Ash would design the Centennial Symbol.

Following an initial (and disastrous) open competition to design a new symbol, Cooper & Beatty was brought in. Tony Mann selected his promising young apprentice to work with him on the task, while also engaging an affiliated design firm, Paul Arthur+Associates in Ottawa, whose resident designers were Fritz Gottschalk and Gerhard Doerrié.

Numerous options were designed, out of which 2 final submissions were selected – one by Stuart and one by Gerhard. These were then presented to the then Prime Minister Lester B. Pearson, who chose Stuart’s now famous arrangement of 11 equilateral triangles in the form of a maple leaf.

Having designed the winning symbol, Stuart was made responsible for its implementation in 1965, which also meant working with Paul Arthur in Ottawa, as they were handling that part of the work. It was also around that time that Tony pointed the ambitious young Ash towards industrial design, and in particular the prestigious Ulm School of Design in Germany.

In Ottawa, Stuart would have worked alongside Fritz Gottschalk, had Fritz not relocated to the firm’s Montréal office around the same time. After less than a year working for Paul Arthur in Ottawa, Stuart turned his attention to Germany and secured a position with Lufthansa to support him through his studies. While making plans for the move, Stuart paid a visit to Fritz.

And so another pivotal encounter laid the foundations for what would become the rest of Stuart’s professional career. Fritz, having left Paul Arthur to set up his own studio was working from home and preparing to take a holiday. He had recently begun working on a major project for the Montréal Museum of Fine Arts, and, being aware of Ash’s precocious talent, saw an opportunity to join forces (and, crucially, to take care of business while he was away!)

“He was just in one little office that took up half his apartment, with a sliding door through to his living space. I was North American, only just appreciating the culture of the European attitude. He said ‘I’m going on holiday for a couple of months, you take over, live in my apartment and help me out.’ So I said OK! For me it was brilliant timing.”

Fritz returned a happy man when he saw the work that Stuart had done, and so the partnership was cemented and in 1966, Gottschalk+Ash was born. The two of them would work in collaboration but competing with each other to achieve better design on every job. They picked up clients against the more established partnership of Harder/Roch at Design Collaborative. They started to challenge the dominance of the printers who commissioned much of the design work at that time. More and more they reached the point where they were controlling the whole project from initial research through strategy to writing, design and eventual production.

The combination of the warmer and more relaxed North American with the precise and perfectionist Swiss was a natural fit, although this only tells part of the story, as Stuart was driven and ambitious, while Fritz was enchanting and expressive. Whatever the dynamic, it clearly worked.

In 1972, after 6 years working together in Montréal, Stuart suggested to Fritz that he open a new studio in Toronto. At that time Toronto still lagged behind Montréal, but it was beginning to emerge as a new financial centre, helped by its proximity to the US. Fritz consented to the plan, including an agreement that the two studios would operate their own balance sheets. Stuart hired Tiit Telmet, his first employee, and they started to look for work, initially finding success in the cultural sector with clients such as the St. Lawrence Centre for the Arts.

In many ways Stuart’s Toronto office was in an ideal position. The country’s major corporations were keen to build on the International outlook that had been built through events such as Expo67 in Montréal. G+A had been a key part of that movement, and the other design groups in the city were focused more on advertising and less on pure design. This enabled Stuart to rapidly build a reputation that saw major projects beating a path to his door. Meanwhile Fritz’s studio became the Quality Control Office for the 1976 Montréal Olympics.

In 1976 G+A opened another office in New York, under the direction of Ken Carbone (who had worked with Fritz in Montréal until visa issues forced him to return to the States) and Leslie Smolan. Initially Fritz was more involved with the New York studio than Stuart, until in 1978 Fritz took the decision to return to Switzerland and open a studio in Zürich, leaving the Montréal office under the management of Peter Steiner (and later in 1985, sharing the role with Hélène L’Heureux). As a result, Stuart assumed financial responsibility for Montréal and New York as well as Toronto. In 1985 Ken and Leslie finally divested from G+A to become Carbone Smolan Agency.

Over the next 20 years G+A Toronto continued to work on many of the largest environmental projects in North America. Diversifying their marketing efforts, the firm targeted larger strategic branding, as well as architectural and environmental design projects. The integration of architecture, graphic design and branding was just beginning to happen, so this shift in focus led to a number of important projects.

With this new focus, branding and environmental design programs followed, including the American Airlines Arena in Miami, working with the well-known architectural firm Arquitectonica, as well as the Boston Exhibition and Convention Center working with Rafael Vinoly Architects. Other important projects included the Toronto’s PATH and Skydome, plus the visual identity for Royal Bank of Canada. In 1997 Ash opened an office in Calgary (under Chris Herringer) to support the Ottawa and Calgary airport contracts.

The firm was then selected through a worldwide competition to develop a new global brand for Ciba Specialty Chemicals, headquartered in Switzerland. Both G+A Montréal and G+A Toronto undertook the project, which had to be completed in secrecy, outside of Switzerland. The initial consulting work was completed only with the company’s two top executives. A few weeks prior to the global launch of the brand, Stuart presented the work for the first time to the senior management committee, in a meeting in a small Swiss mountain village. The work was well received.

In 1998 Stuart hosted the annual conference for the Alliance Graphique Internationale (AGI) – with its membership of the most influential designers in the world — held at the Royal Ontario Museum in Toronto.

For Stuart, creating a graphic design business was about building personal relationships, mentoring new talent, setting new standards for quality and solving complex communication problems. Stuart loved the interaction with people who shared similar values. He became fascinated with the creative process, and exercising intuition in the search for the essence of a simplified creative solution.

“Design is about creating something that is unique, not stylistic, and that has emotional resonance. It is not about ego but rather a search for an inherent idea that functions to communicate a simple message. It is about getting passionate about details like typography, form, colour and iconic images – all maturing into a design concept that addresses a key communications issue.”

Stuart has continued to accumulate design honours during his retirement, including the Society of Graphic Designers of Canada’s Lifetime Achievement Award (2008), the Communications Design Association (2011) and the ADCC Les Usherwood Lifetime Achievement Award (2017). His work has been exhibited in the Montréal Museum of Fine Arts, the National Gallery of Canada and the Mead Library of Ideas in New York.

But despite all these accolades across a long and stellar career, it is the Centennial Symbol that he designed as a young apprentice to Tony Mann that he looks back on with the most pride.

“I grew up with typical Canadian values and evolved through the association of a number of early, mostly European mentors, to appreciate timeless international design and philosophy.”