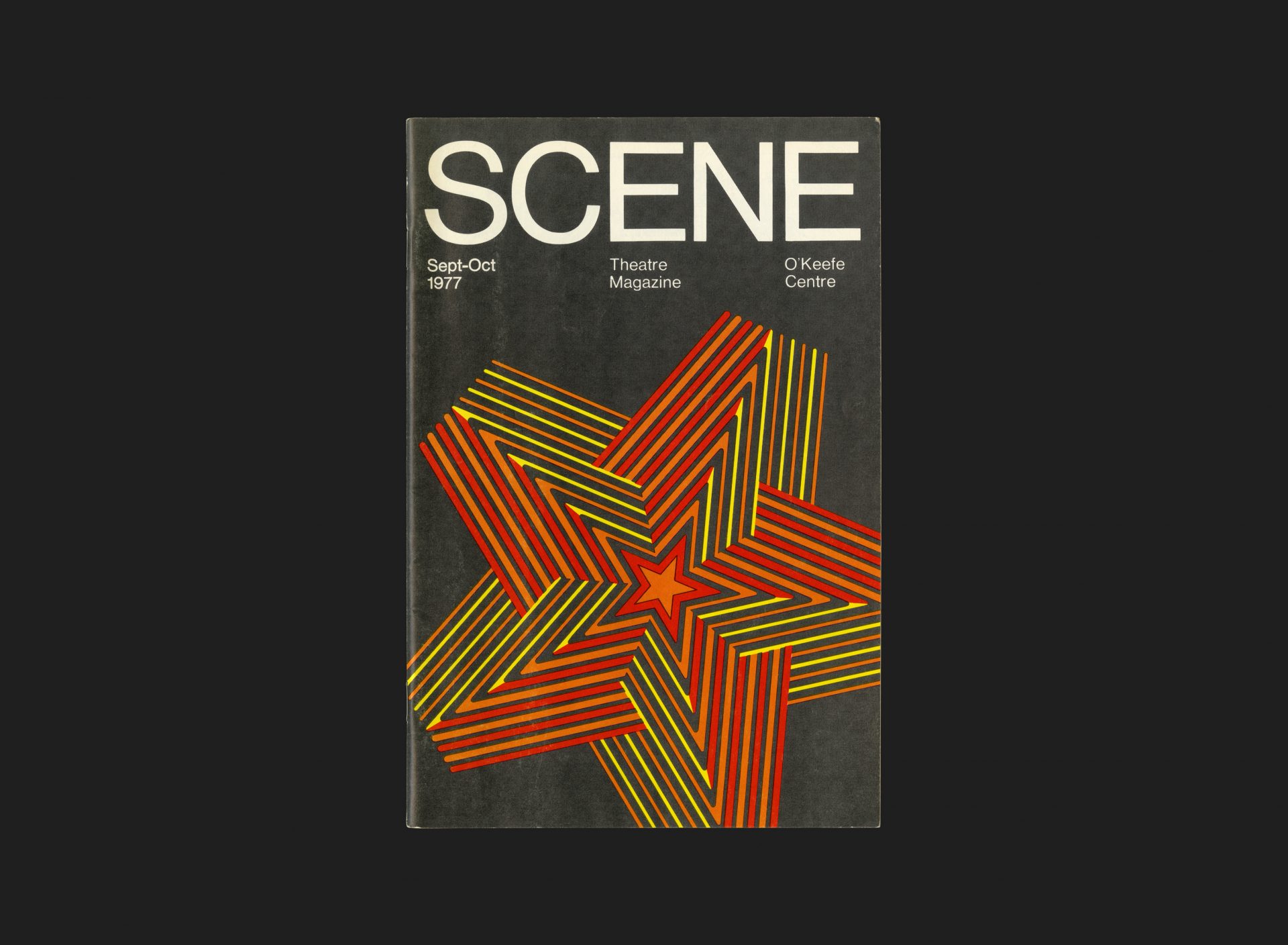 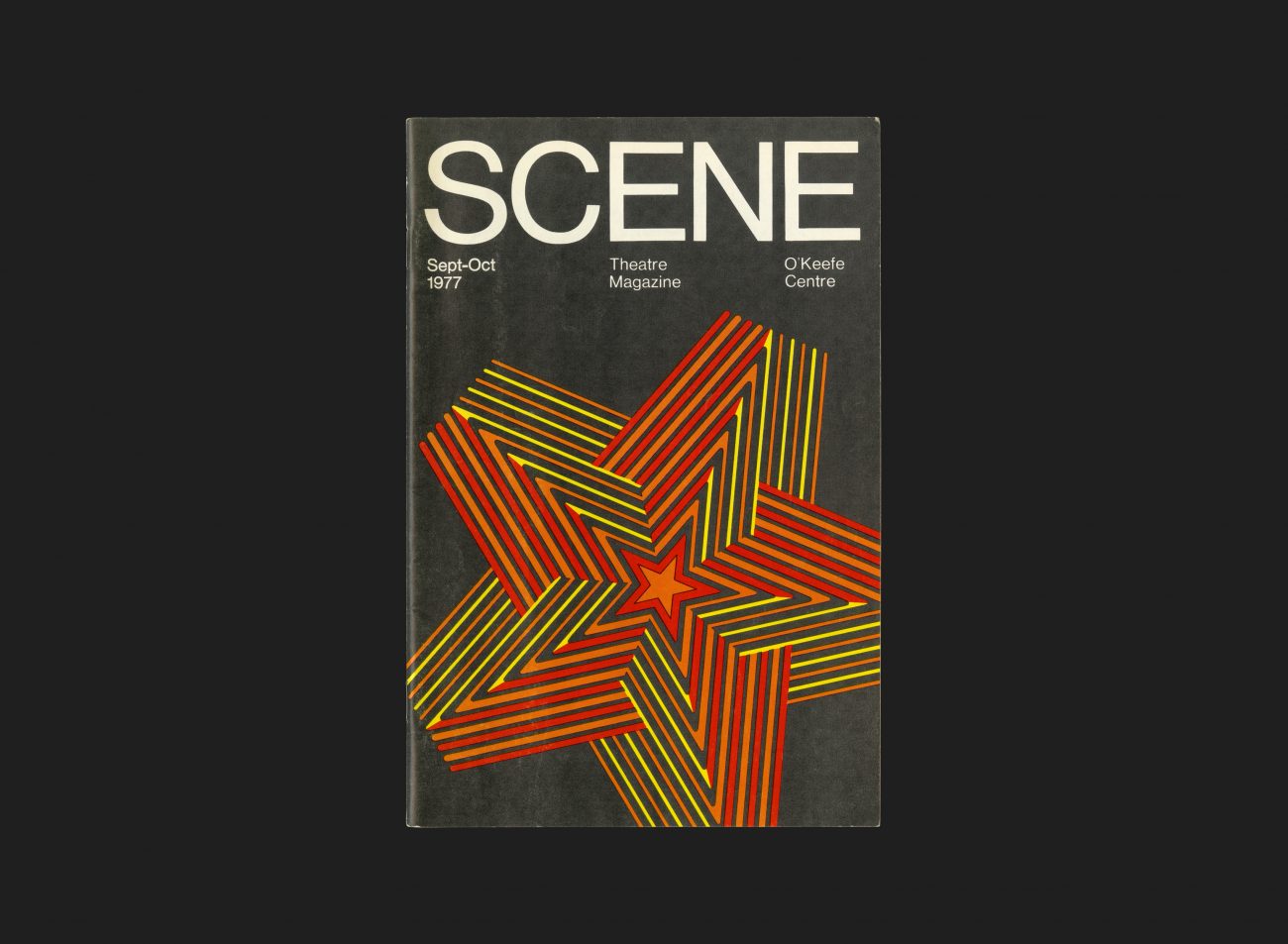 The O’Keefe Centre is the original name for what is now called the Sony Centre for the Performing Arts, a major Toronto venue that opened in 1960, designed in the Mid Century style. It remains to this day Canada’s largest ‘soft-seat’ theatre, but perhaps its biggest claim to fame is that Mikhail Baryshnikov defected to the West from its stage in June 1974.

Burton designed the signage for the Centre, as well as the cover for this programme, that was produced in a magazine format. Five interlocking sections around a central star create a 3D optical illusion, giving the image a sense of energy and motion. This particular issue was the first one produced after Lotfi Mansouri took over as General Manager of the Canadian Opera Company, and the programme has a significant focus on opera and the Company’s upcoming season.