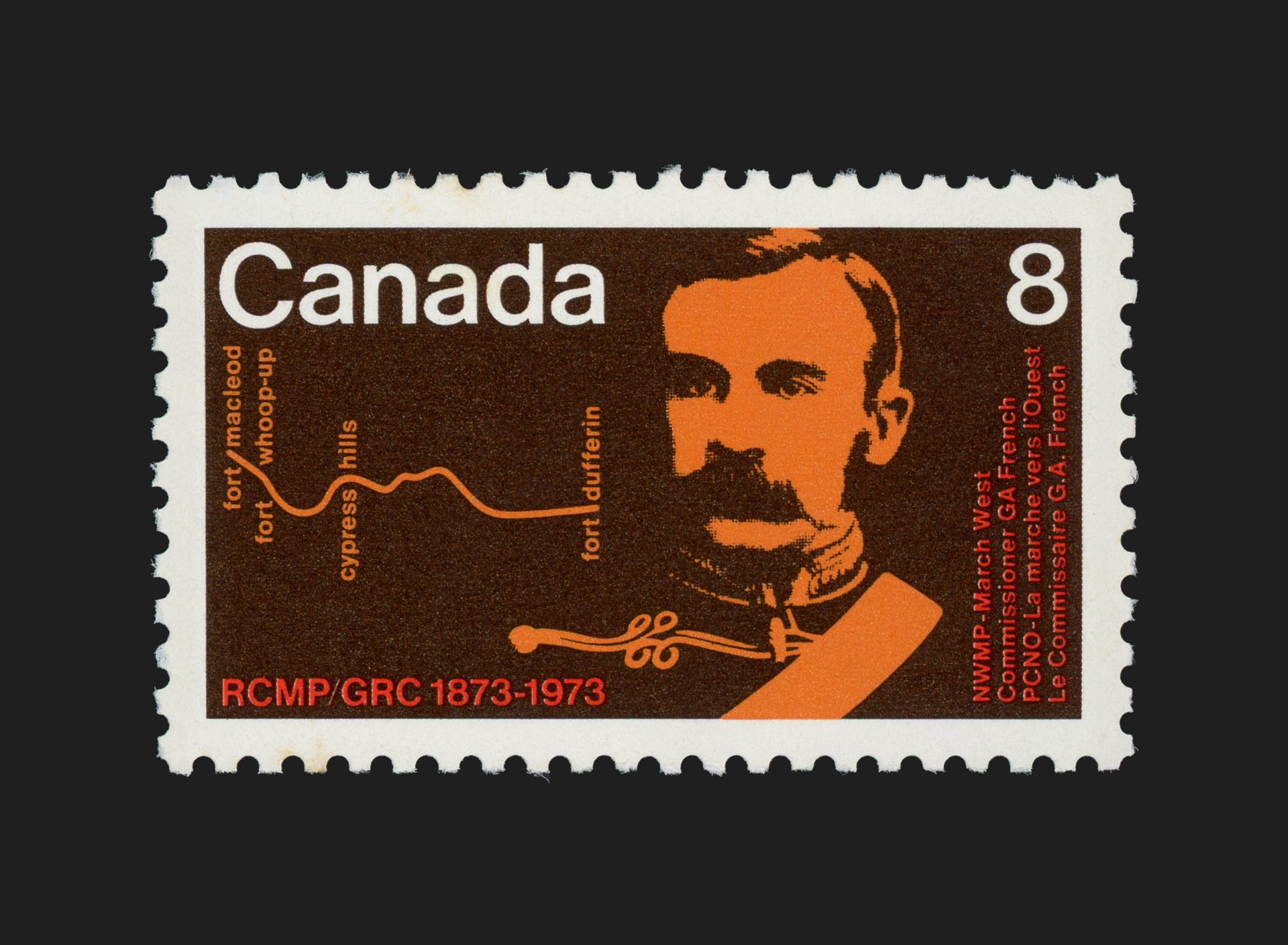 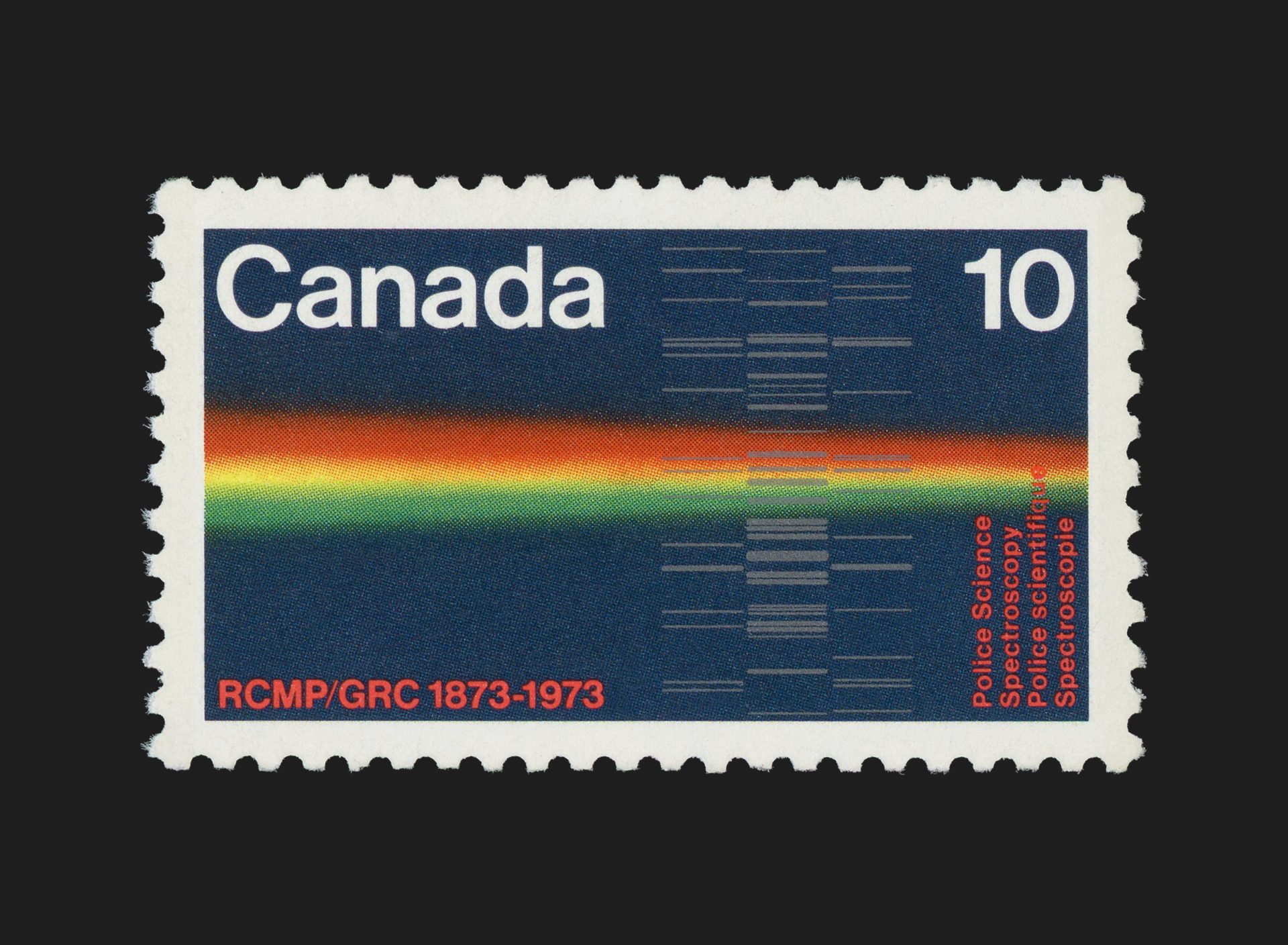 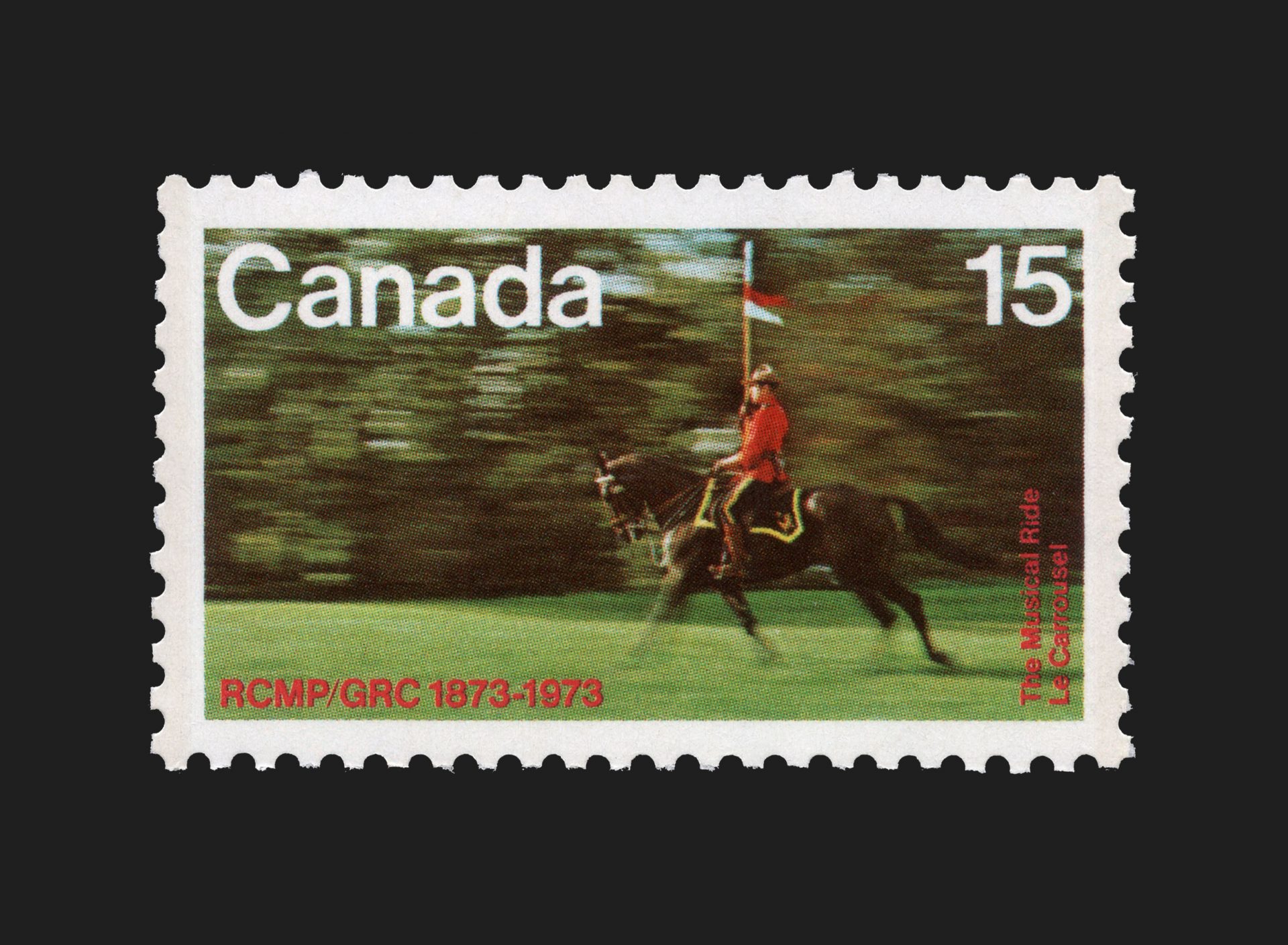 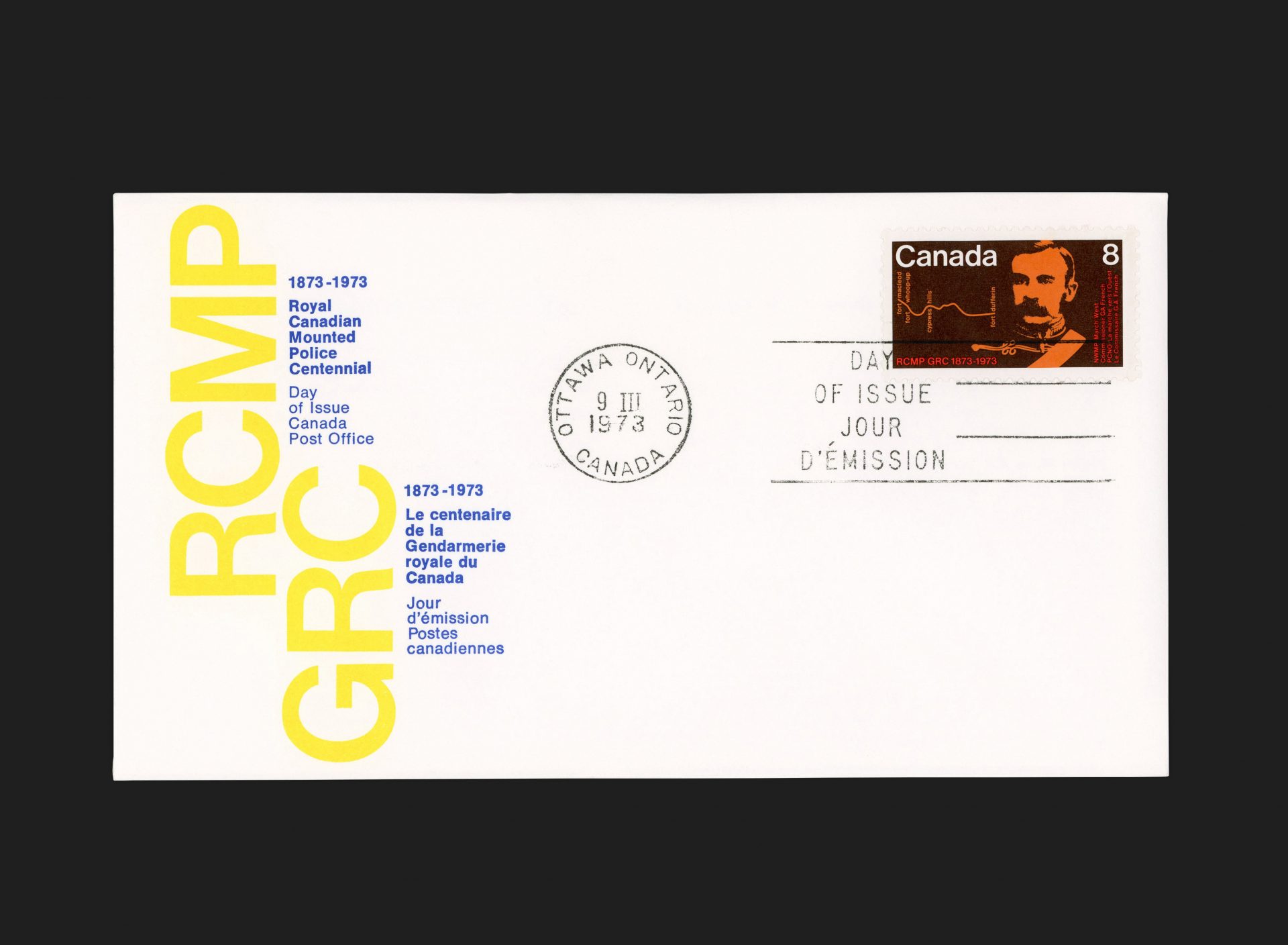 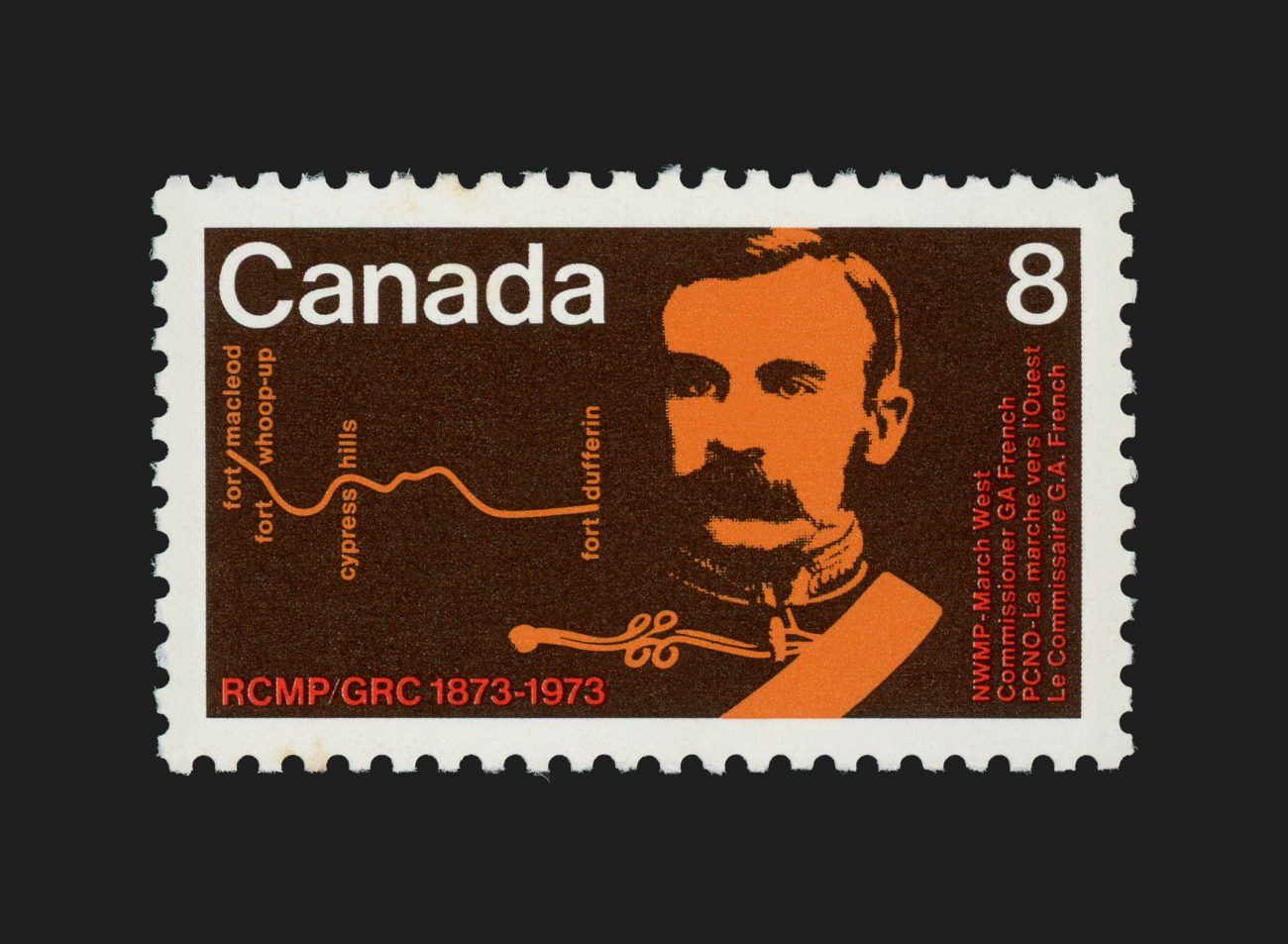 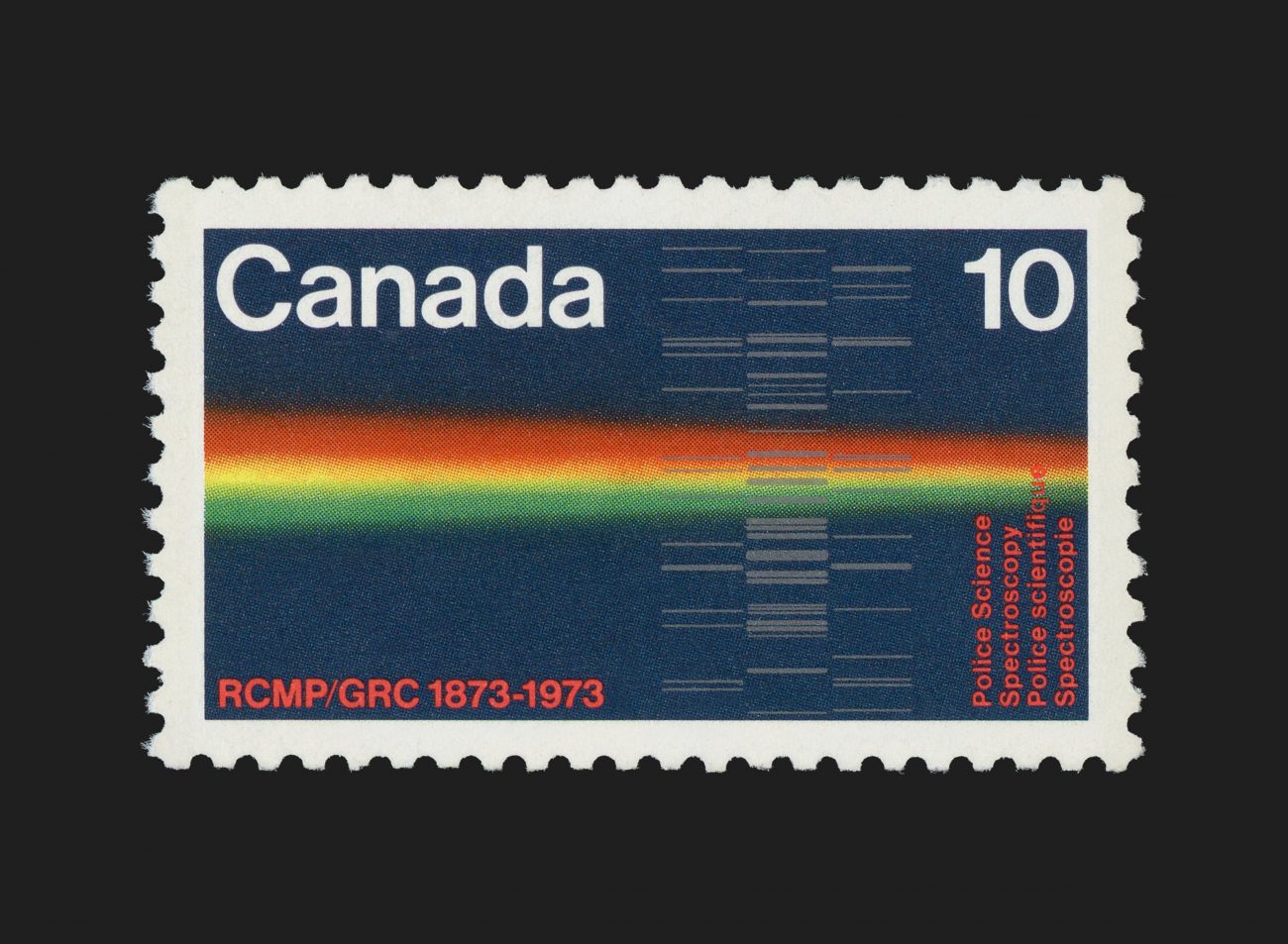 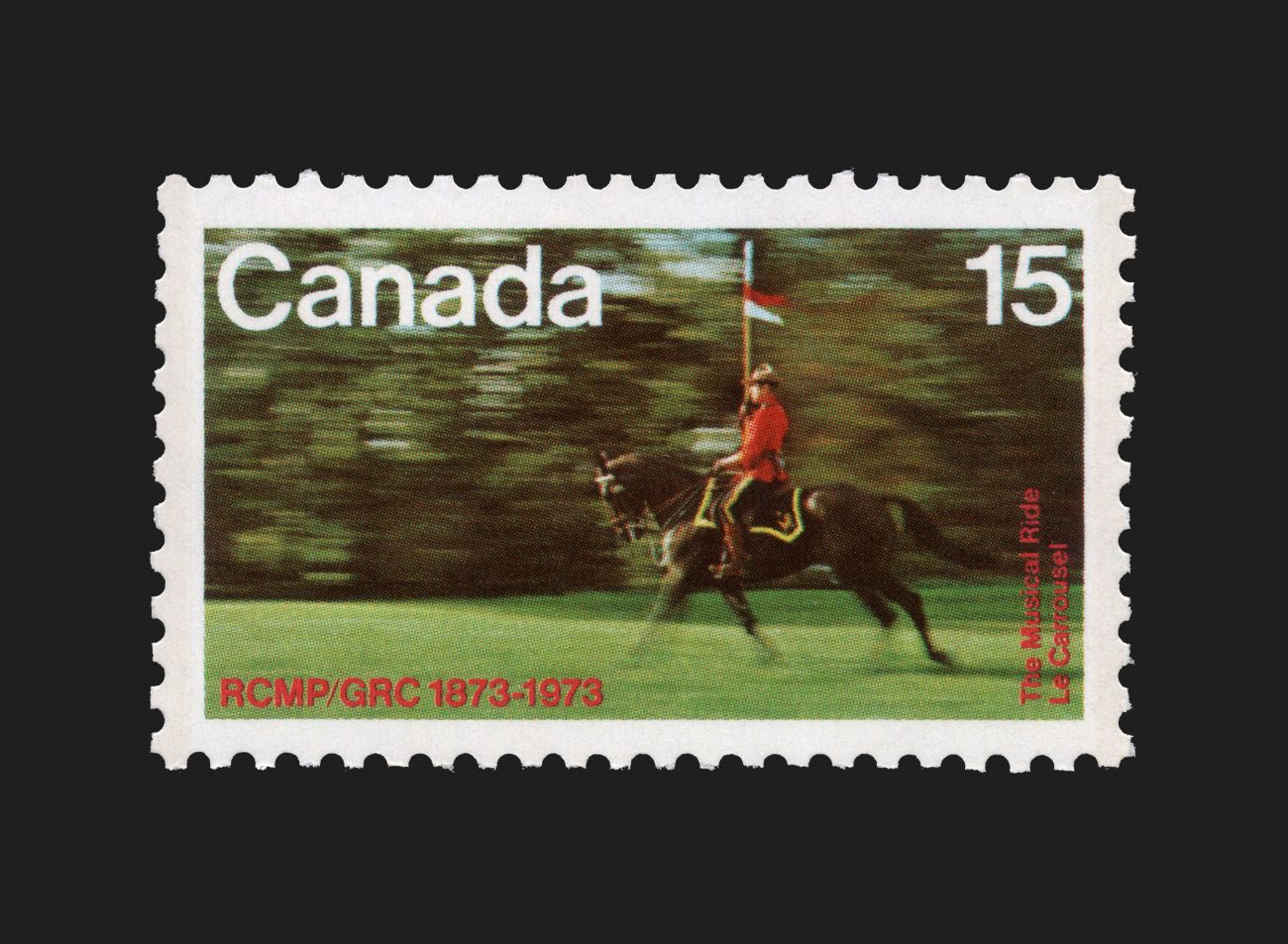 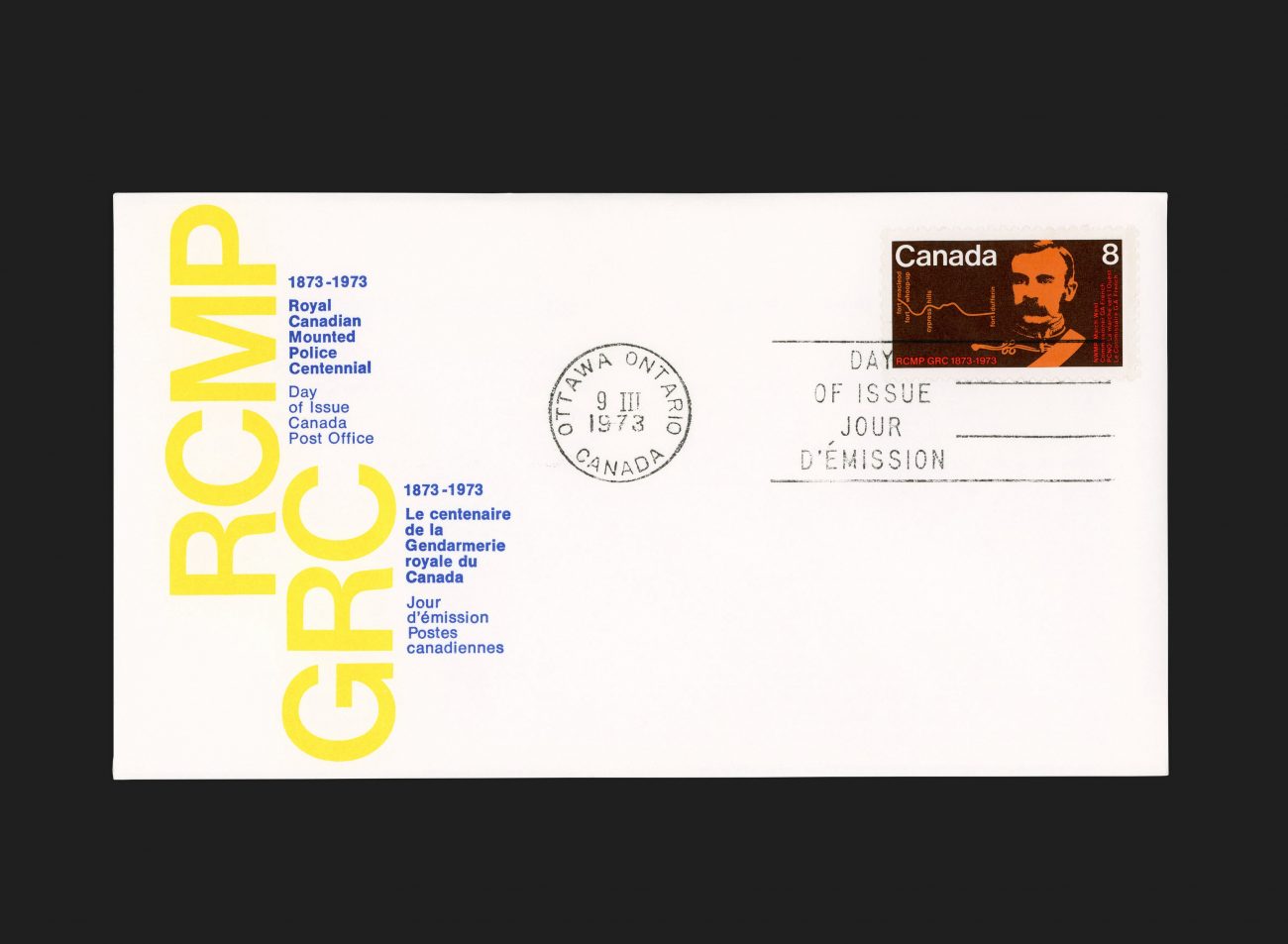 A series of postage stamps designed by Jean Morin to commemorate the centenary of the Royal Canadian Mounted Police.

The 8¢ stamp depicts “The March West”, a mission led by the first commissioner G A French in 1874, when 275 raw recruits marched for southern Alberta, where American whisky traders were operating illegally among the Aboriginal people. The stamp shows French himself along with the route they took to reach and establish Fort Macleod at the end of their arduous mission.

The 10¢ stamp features a spectrograph, a device which computes the visual spectrum of a substance as a method of identification.

The 15¢ stamp features “The Musical Ride”, an equestrian display event first performed in 1876 and established as an annual event in 1887. The display is performed by a troop of 32 riders on black horses that are specially bred for the event.