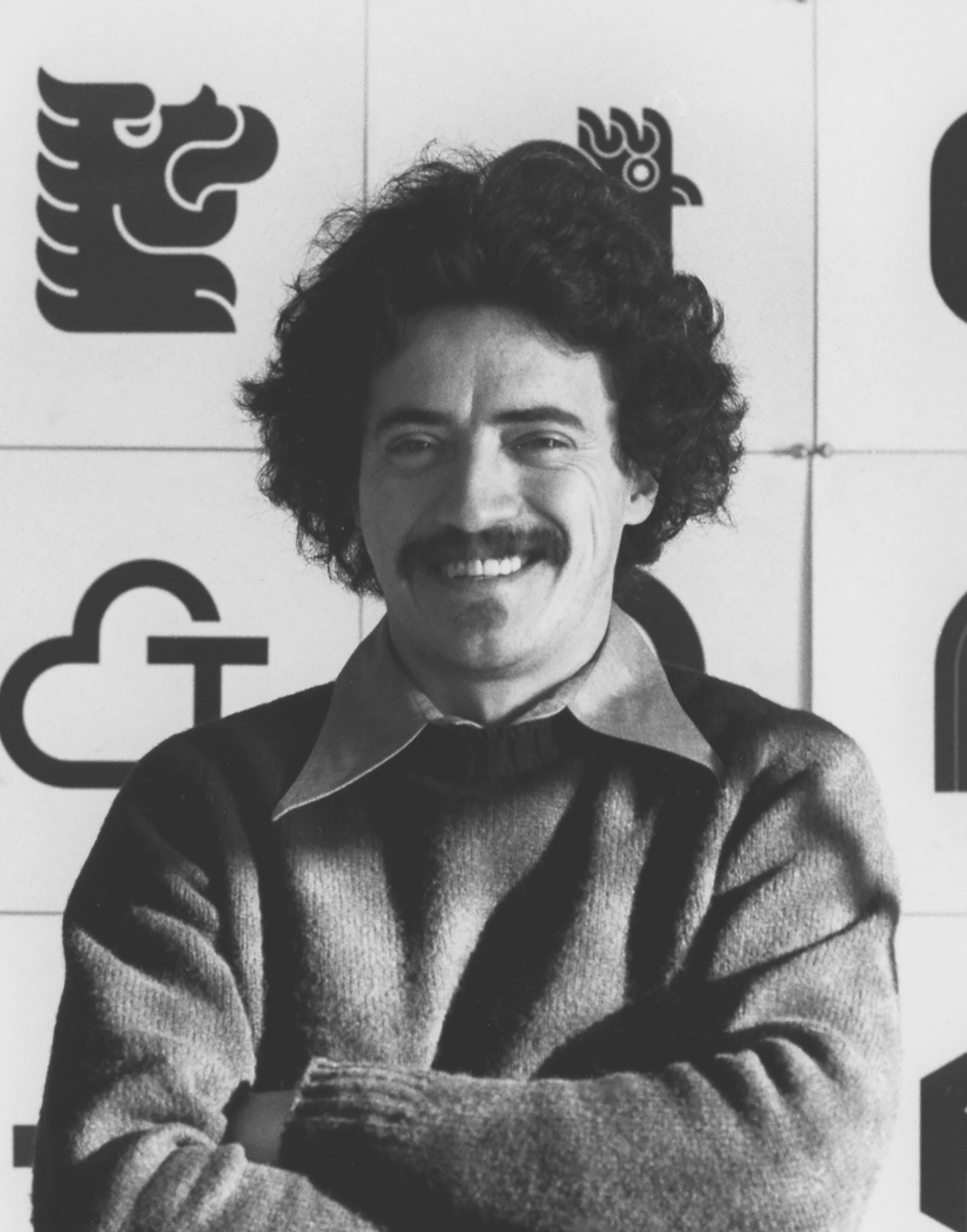 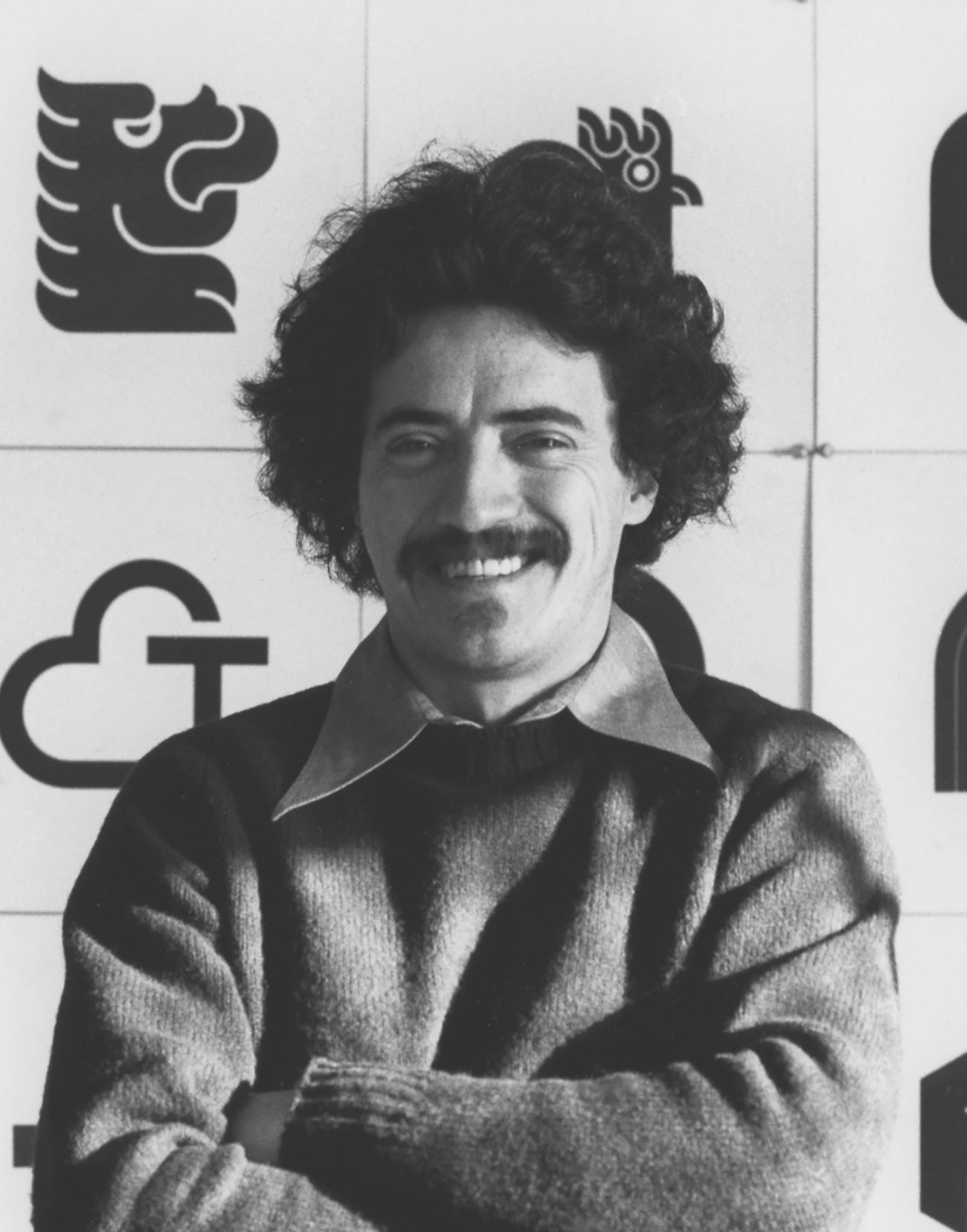 Born in the small town of Nicolet, Quebec, Raymond grew up on the family farm. Life in Nicolet revolved around agriculture and Church, with little opportunity to experience art, listen to music or even read books. Culture was sacrificed in the name of work and religion. Despite this, from a very early age Raymond had a passion and obvious talent for drawing, and he would sketch at every opportunity. In 1958, at the age of 16, it came as no surprise to anyone when he enrolled to study art & design at the Ecole des Beaux-Arts of Montréal. Initially the course covered a broad arts-based education, but after 2 years, and with the encouragement of a guiding teacher, Raymond specialized in ‘Publicity’, as graphic design was called at the time.

In 1963, after graduating, Bellemare gained his first creative job at the publishing and printing firm of Thérien & Frères in Montréal. Pierre-Yves Pelletier (who he would later work with) had recently left the company in 1962. It was here that his real design education really began, learning the valuable technical skills of production such as typography, printing, platemaking and binding, as well as a greater understanding of the print process. During his tenure at Thérien & Frères, Raymond’s main role was developing ‘concepts’ within the design department.

A year later he left to take a position at Studio Guy Lalumière. The firm had just relocated to the Old Montreal district at the bottom of Place Jacques Cartier with ambitious plans of expansion. During this time the firm was busy fulfilling contracts in the build up to Expo67, so as a junior Raymond was exposed to some of the most exciting work being produced in Quebec at that time, most of it completed by the more senior designers working in the studio.

Coincidentally, and through a family contact he did manage to secure a small number of freelance design projects for Expo67. He began attracting commissions that he would work on outside of the day job, including posters for numerous clients in the entertainment industry. His contacts within the cultural sector would prove to be a rich source of commissions over the years ahead.

Bellemare was influenced by many of the European designers working in Germany, Switzerland and France. At that time in the 60’s there were few well-known designers in Quebec. But taking inspiration from what was around him, and that of what was happening abroad, he started mixing together the formal European ‘International Style’ approach with a freer (American-inspired) aesthetic. This became a personal union for Raymond and the basis for his own distinctive style.

“My style is a combination of geometry and logic, but avoiding too much rigidity. When you look at nature, everything is geometric most of the time, but it doesn’t look rigid, and you should keep this in mind. I was born surrounded by nature, and I look at all the fauna and flora. You can find a great deal of inspiration in that… and peace of mind. There’s always things to look at and to discover all the time.”

By 1967 Raymond had begun to build his personal reputation, and this led to a new position at Gilles Robert et Associés, combined with some teaching at Cégep du Vieux Montréal. At Gilles Robert Raymond quickly became an indispensible part of the team, and he worked on a wide range of logos, posters, book covers and communication materials. Within three years he was responsible for much of the firm’s graphic design output, and this gave him the confidence to begin working under his own name.

After leaving Robert Gilles in 1970 he started working as a freelance designer, supported by some brief periods teaching at the Université du Québec à Montréal. It was also in 1970, through an introduction by Toronto based designer Allan Fleming, that Raymond first started working with Canada Post, first as part of the prestigious Stamp Advisory Committee, and then over the next 20 years where he designed nearly 100 stamps and supporting materials. Some standout designs include a series of provincial flag stamps in 1979, Canada Day themes in 1981 and 1996, World Communications year design in 1983, and in the same year a wonderful set of colour coded Maple Leaf definitives.

In 1971 Raymond accepted a job at CBC / Radio-Canada, 10 years after being turned down by the same organisation straight out of college. His experience of being his own boss however proved too much of a lure and this lasted less than a year.

“I had quit CBC to start out on my own as a designer. Some of my relatives thought I was crazy to leave the safety of a full time job, while others encouraged me and told me if I don’t quit now, I never will.”

Raymond’s first long term client was healthfood company Natur, a relationship that began with an introduction by a printer’s sales rep. What started as a simple label design job soon grew into a more comprehensive redesign, as Raymond persauded the new owner that a more radical transformation was required, starting with the logo and eventually touching every aspect of the company’s visual language.

It was then in 1973 that Raymond became involved in one of his most significant roles. He became Director of Graphics at COJO (Commité d’organisation des Jeux Olympiques), joining Georges Huel and Pierre-Yves Pelletier. Bellemare would continue to work as a designer on the Olympics program right through to its completion, but within a year switched to become an external consultant. He worked with Pierre-Yves Pelletier to develop the overarching graphic standards for the games, and designed many of the well known thematic posters including the much discussed ‘jean jacket with badges’ design. Other projects included the Arts and Culture Programme identity, the opening and closing ‘flames’ symbols and the actual Olympic medals.

“There were more than 1000 printed items for the event, with a very tight timeframes and budgets — the entire design team had their work cut out.”

In 1976 he founded Raymond Bellemare Designers Inc, a company he still operates to this day. Over the intervening years he has also partnered with associates to capitalise on opportunities that arose. The first of these was Bellemare de Passilé et Associete in 1979. Georges de Passilé was a production collegue who had worked with Raymond on both Expo67 and the Olympics, and their partnership was able to offer clients a complete design and printing package, in the days before computers became ubiquitous.

Then in 1987 came Bellemare Rivard & Associates, with long-time friend and designer Louis-André Rivard joining Raymond to create a more design-focused studio offering, this time in the early days of the Macintosh establishing itself as a design tool.

Raymond is also involved with Parle Moi d’Amour (“Talk to Me About Love”), a non-profit initiative supporting mental health therapy. A month-long art exhibition takes place each St Valentine’s Day with work by established artists shown alongside pieces by mental health patients, and all pieces (around 100 each year) are sold to raise funds for further outreach and art therapy.

Several distinctions have also been awarded, including awards from the American Institute of Graphic Arts (AIGA), the Art Director’s Club of New York, Graphica (Art Director’s Club of Toronto/Montréal, the magazines Communication Arts and Deco Press, Design Canada, the Packaging Association of Canada, the Society of Graphic Designers of Canada, Suppon Publishing Company of Washington and the University of Quebec in Montréal.

Raymond continues to practice as a designer and artist, having returned to his roots to live and work in the country near the Quebec/Vermont border in Noyan. He recently appeared in Greg Durrell’s documentary film ‘Design Canada’.