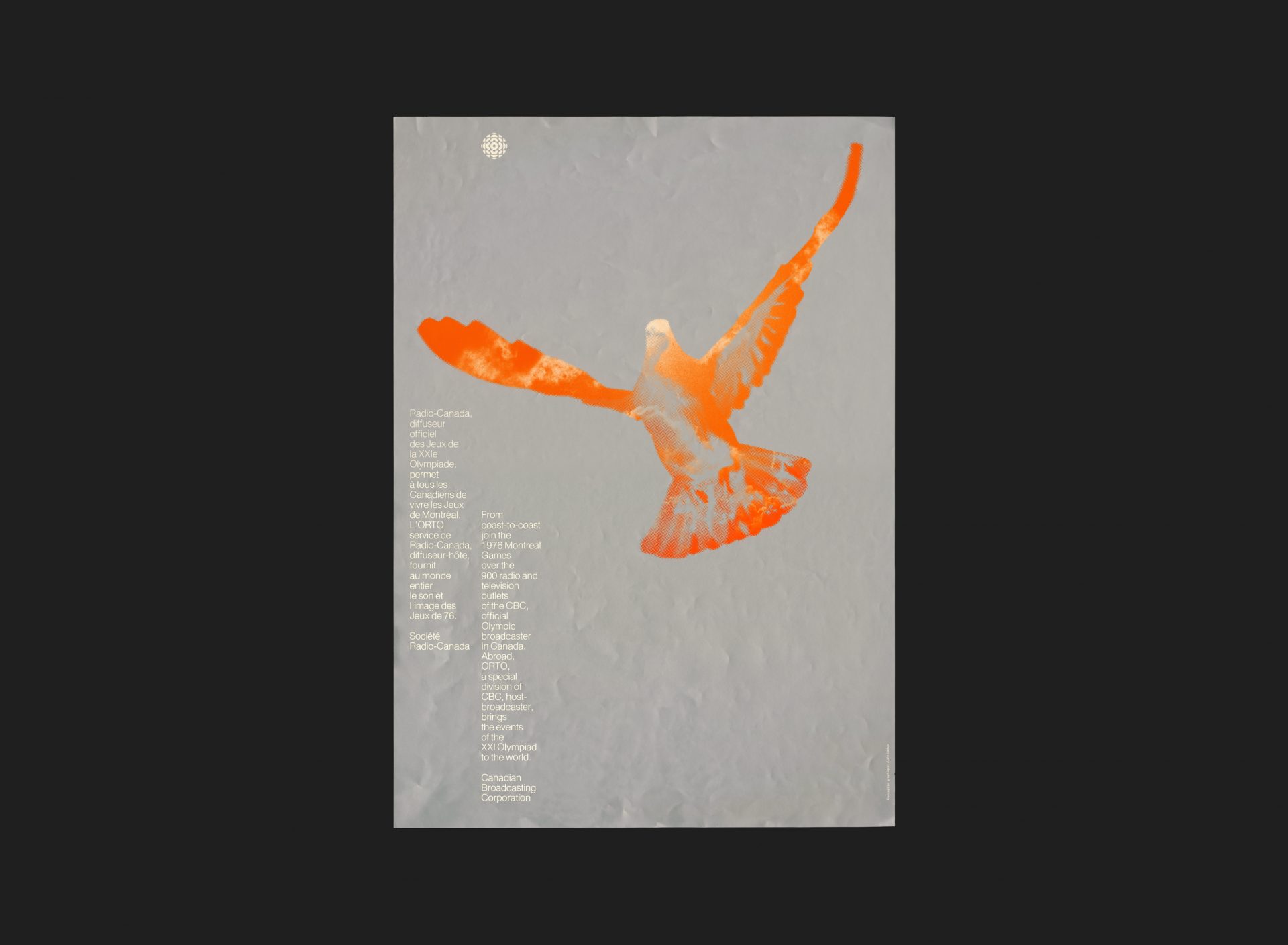 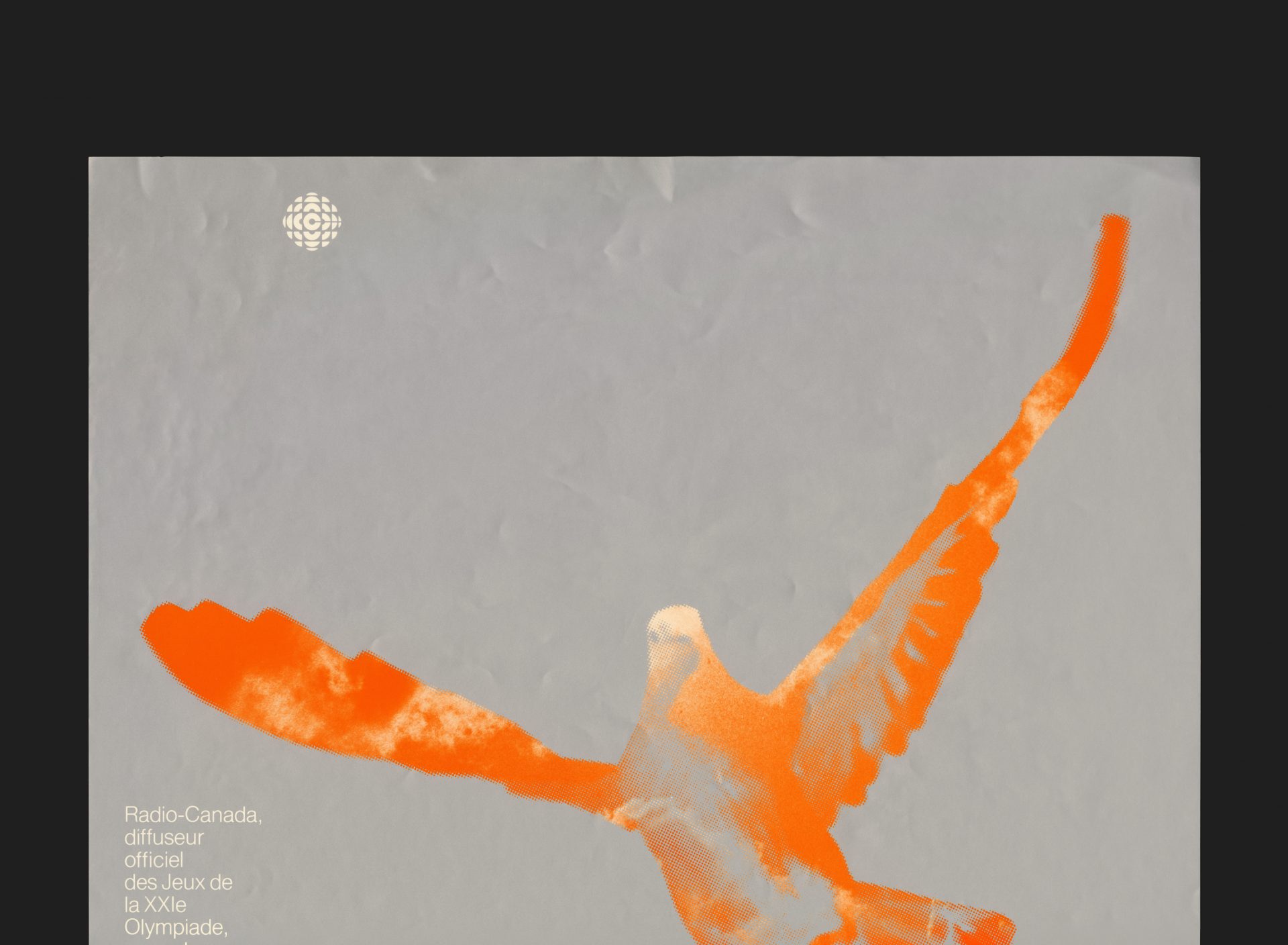 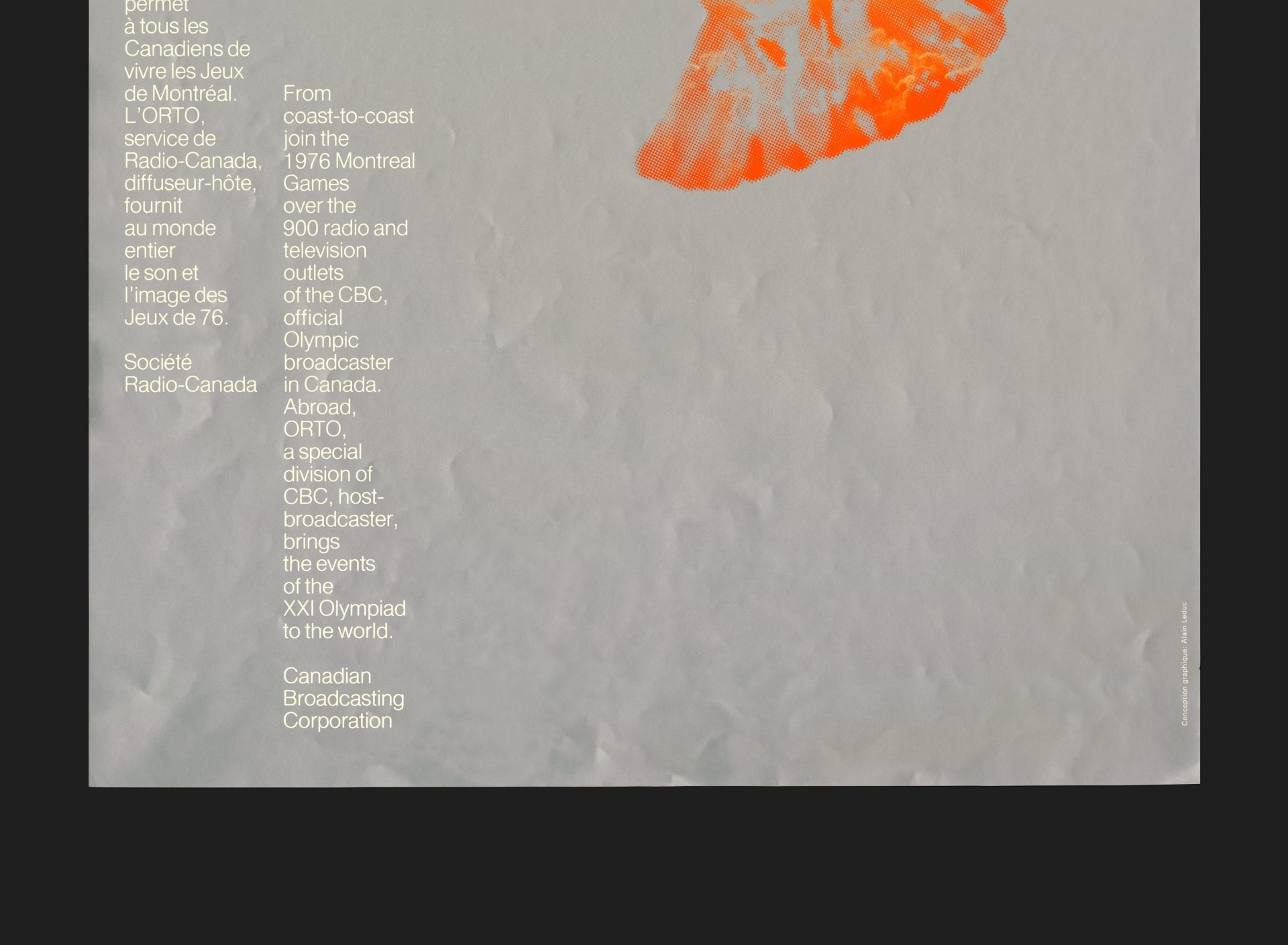 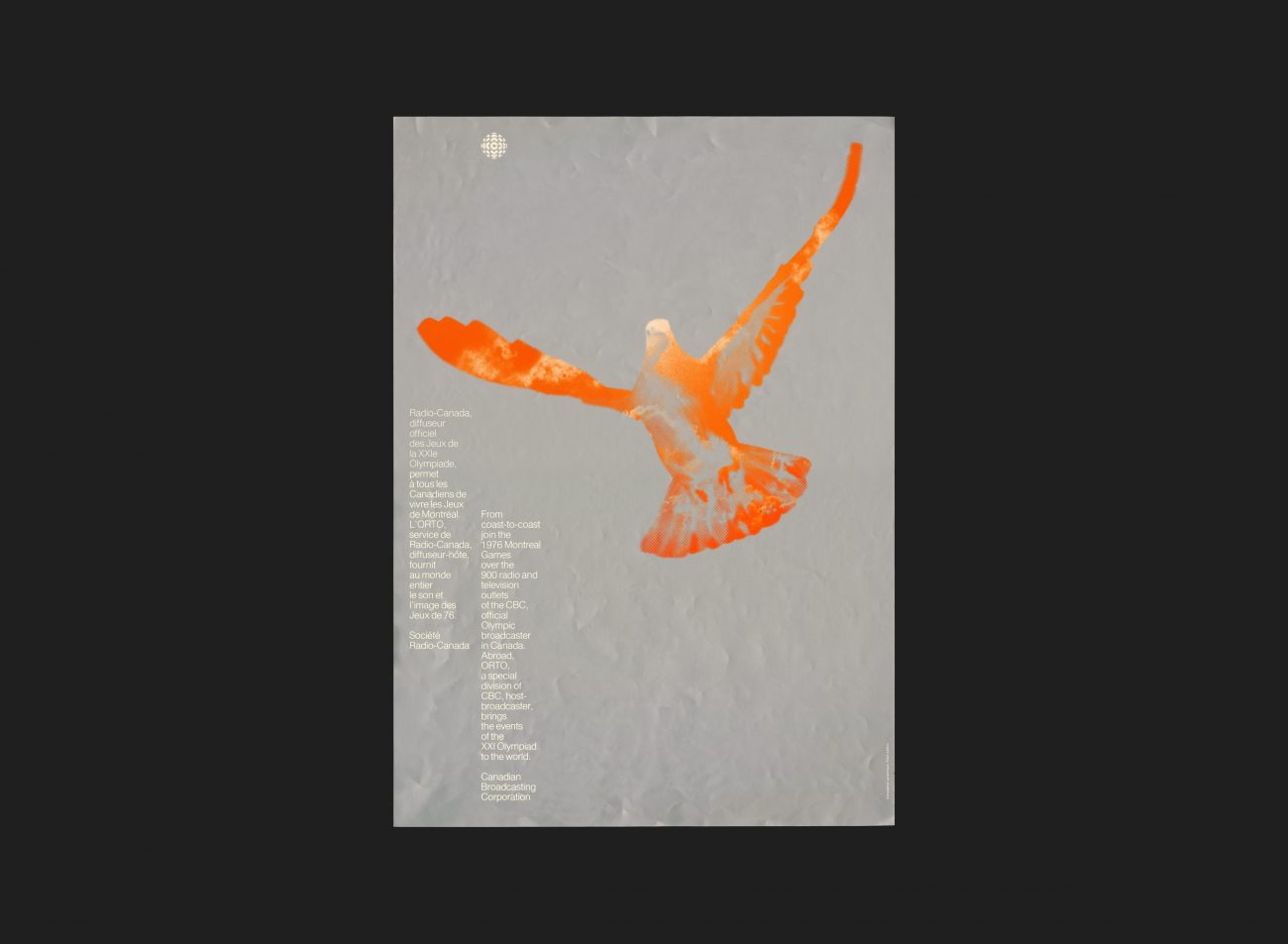 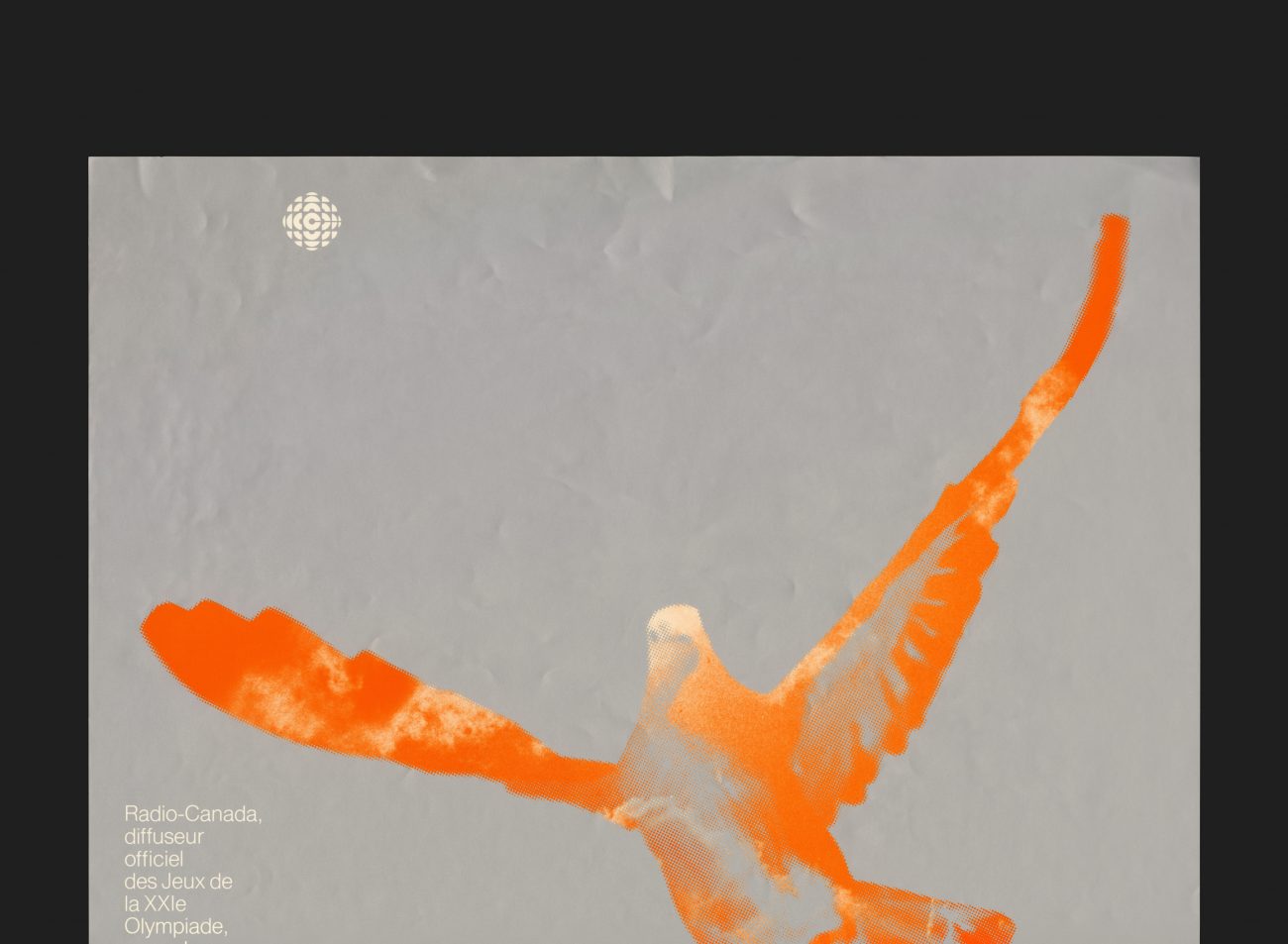 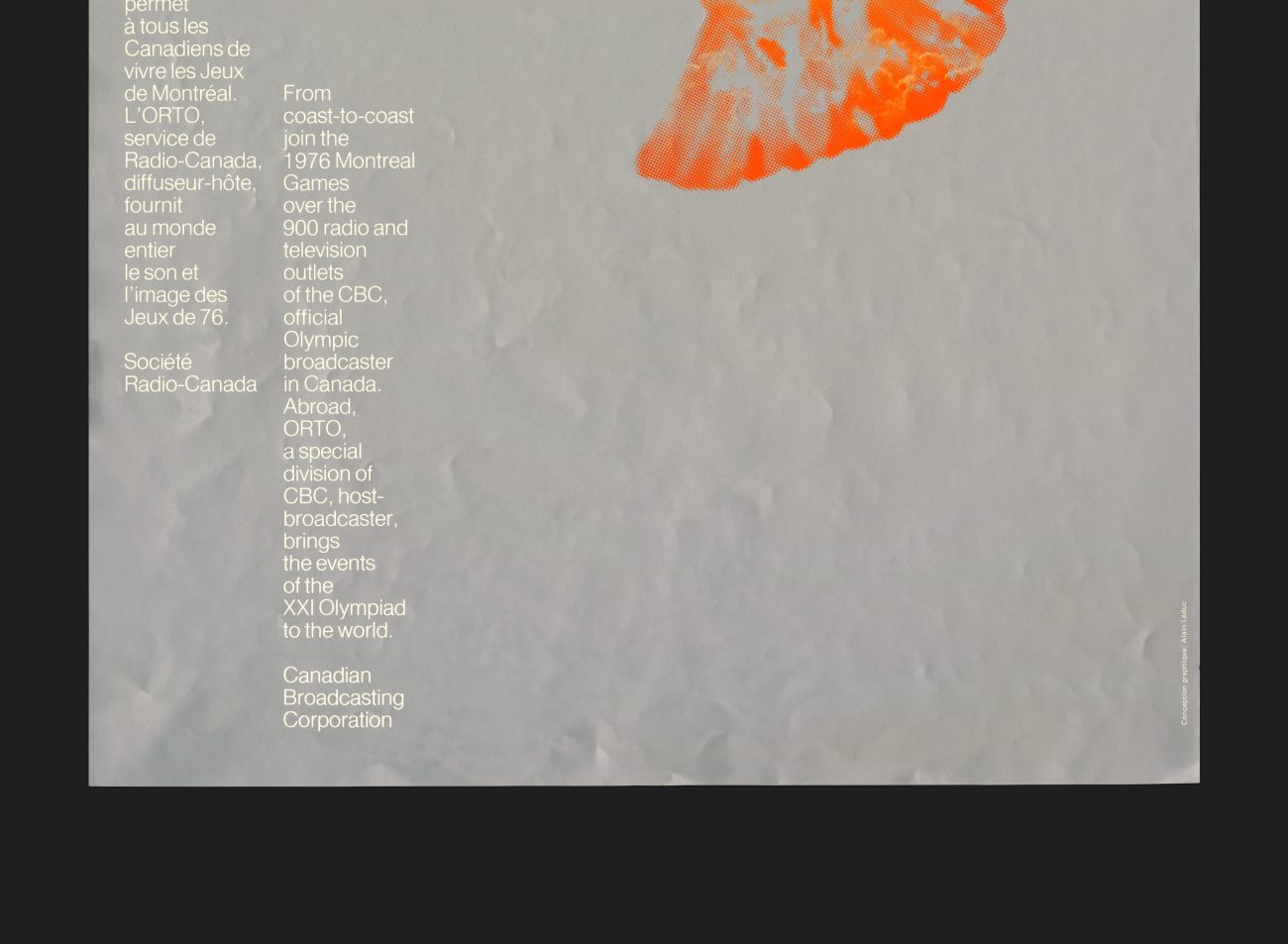 Client: The Organizing Committee for the
Games of the XXI Olympiad, Montréal 1976 (COJO)

During the summer of 1976, athletes from across the world descended on Montréal, and CBC/Radio-Canada was the host broadcaster for the Olympic Games, utilizing a specially formed CBC unit known as ORTO (Olympic Radio and Television Organization). Coverage was the most staggeringly ambitious undertaking and the greatest challenge in the history of Canadian TV. Not only did the CBC undertake 10 to 12 hours a day of coverage for each of its own television networks (English and French) as well as day-long radio reports, but also, as the public broadcasting system of the host country, it assumed the burden of providing basic international signals for ORTO, sending its signal to 115 member broadcasting systems worldwide. Whiteout doubt eclipsing the spectacle that was Expo 67 with with an estimated audience of one billion people. All regular programming was put on hold between July 17 until August 1, 1976.

This poster was created to promote ORTO and the work it would undertake. It depicts a peace dove, hovering in flight, rendered internally with an abstracted sky and clouds and emblazoned in the CBC orange and yellow colour palette. The background is formed from a large area of silver ink (similar to that of the Olympic Stadium poster) with the CBC/Radio-Canada logo top left, aligned with the second column of typography (set in Helvetica).