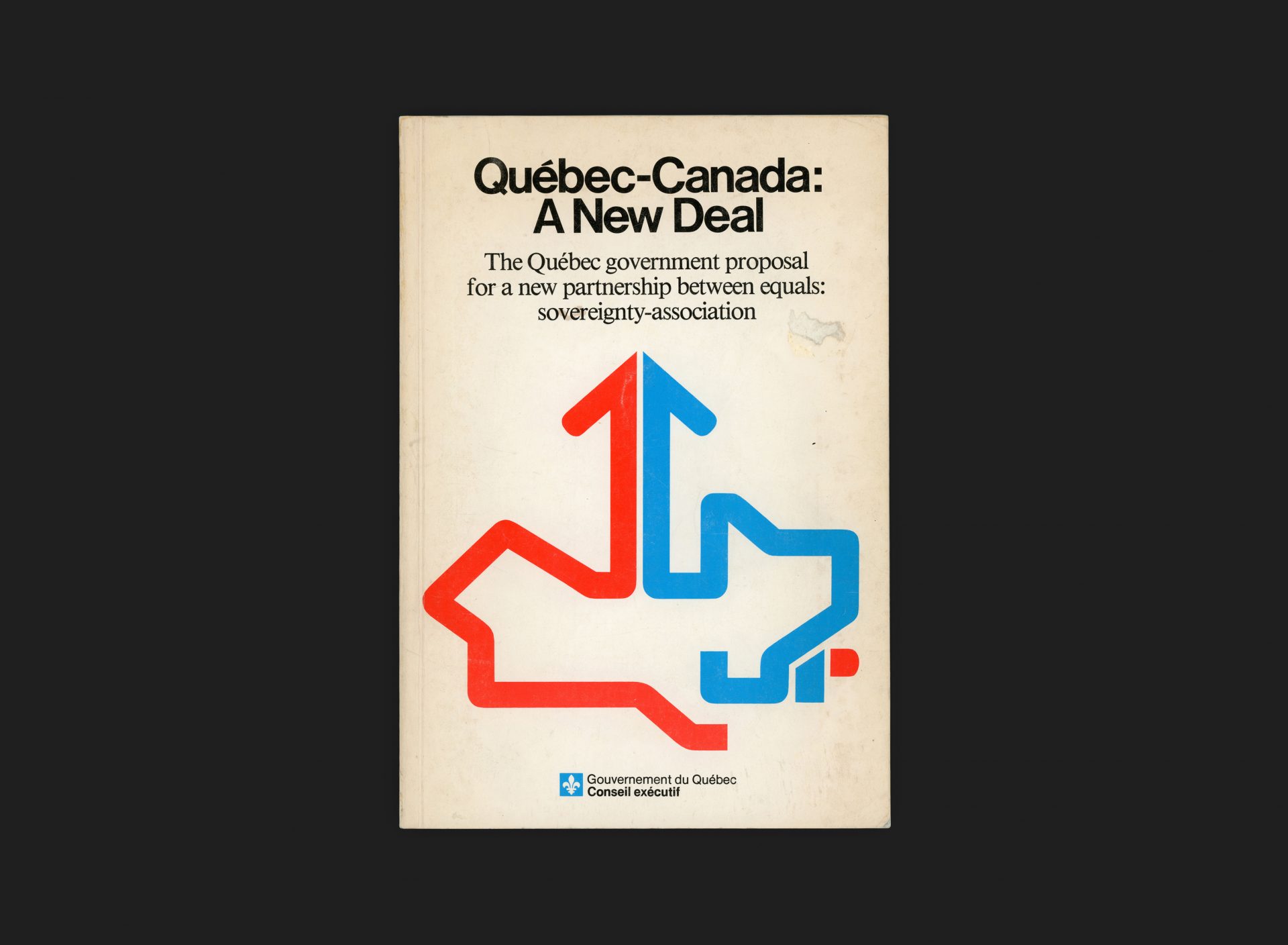 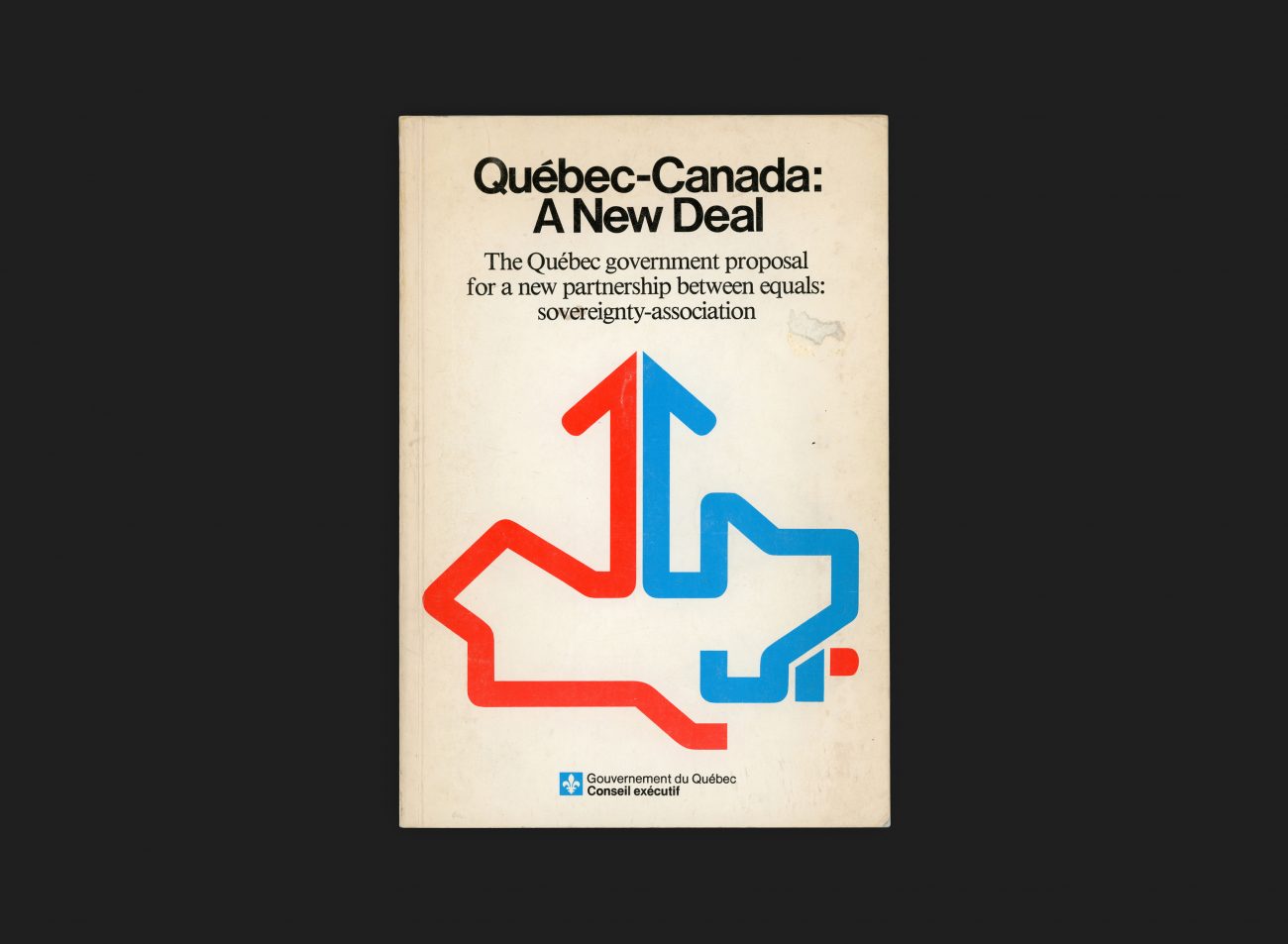 In May 1980, the Parti Québécois government used a referendum to ask the people of Québec for a mandate to negotiate Sovereignty-Association with the federal and other provincial authorities.

The white paper envisioned a politically sovereign Quebéc that would have its own citizenship, passports, NATO, Norad and UN membership (and even the possibility of remaining in the Commonwealth). Yet it would also retain a common currency and free trade with Canada. The document served as an impassioned plea to vote Yes in that referendum, however it was ultimately unsuccessful and the PQ lost the vote with only 40% of people in favour of the plan.

The cover features the logo that was designed to represent Sovereignty-Association (Souveraineté-Association in French).