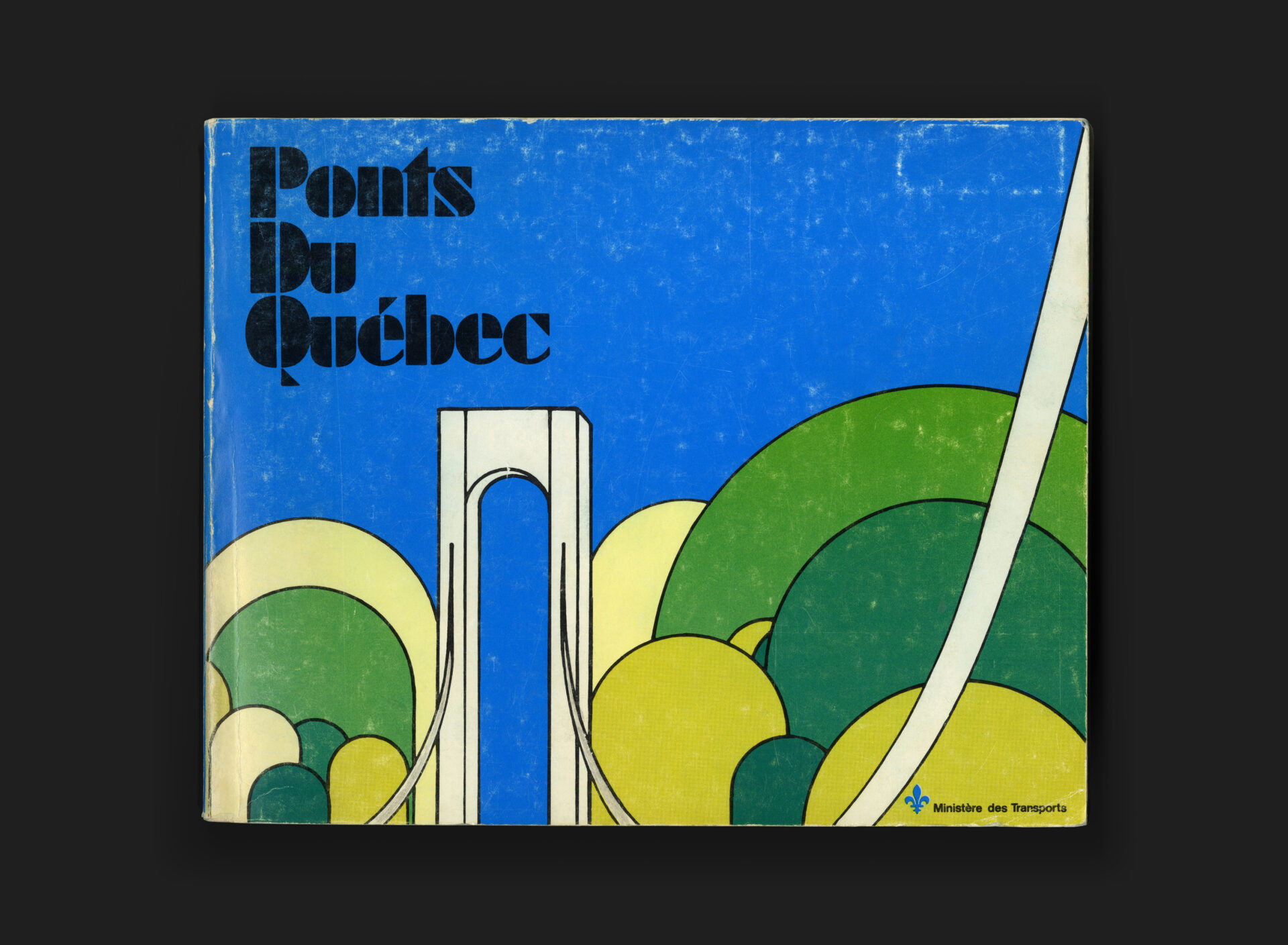 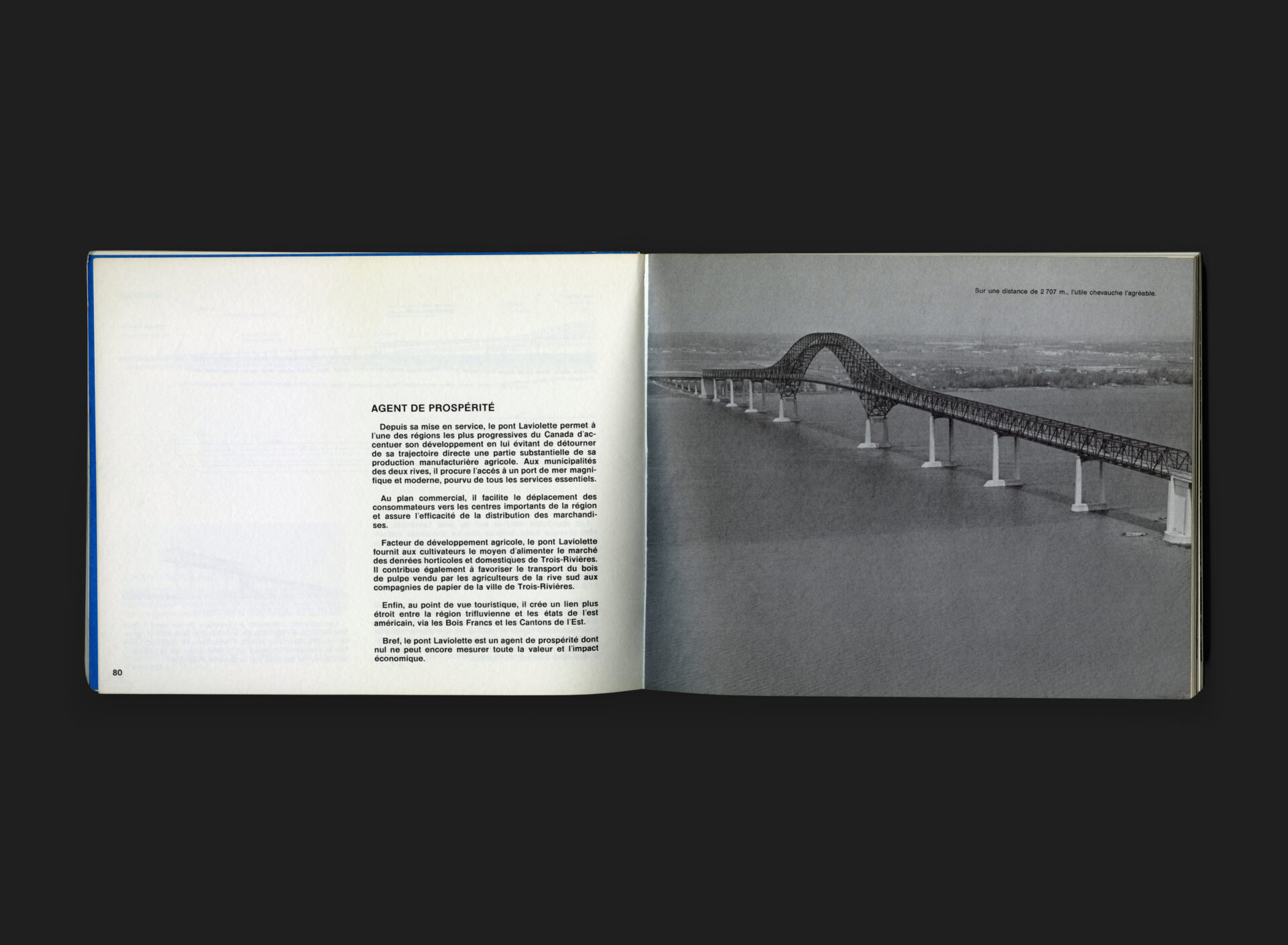 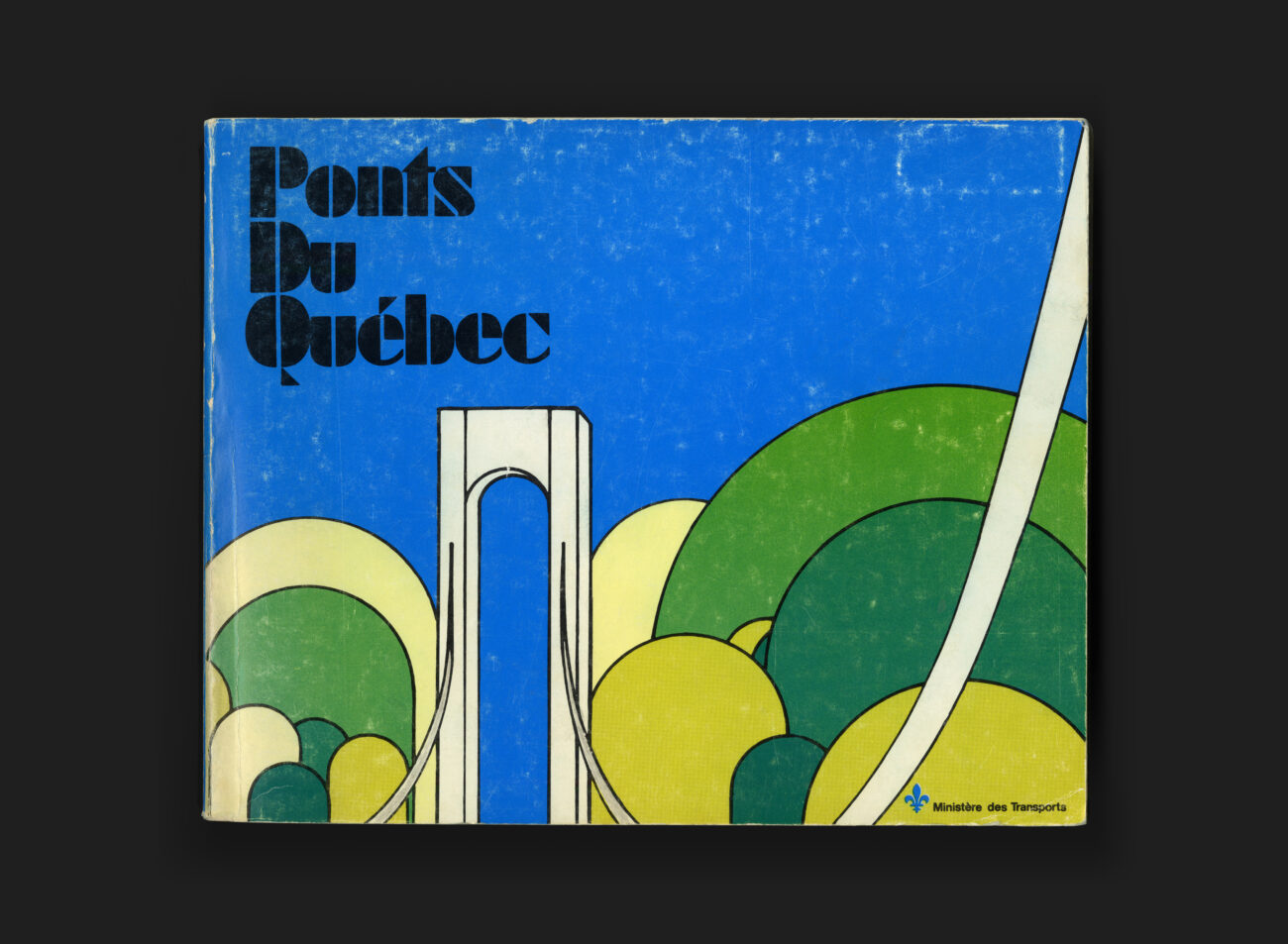 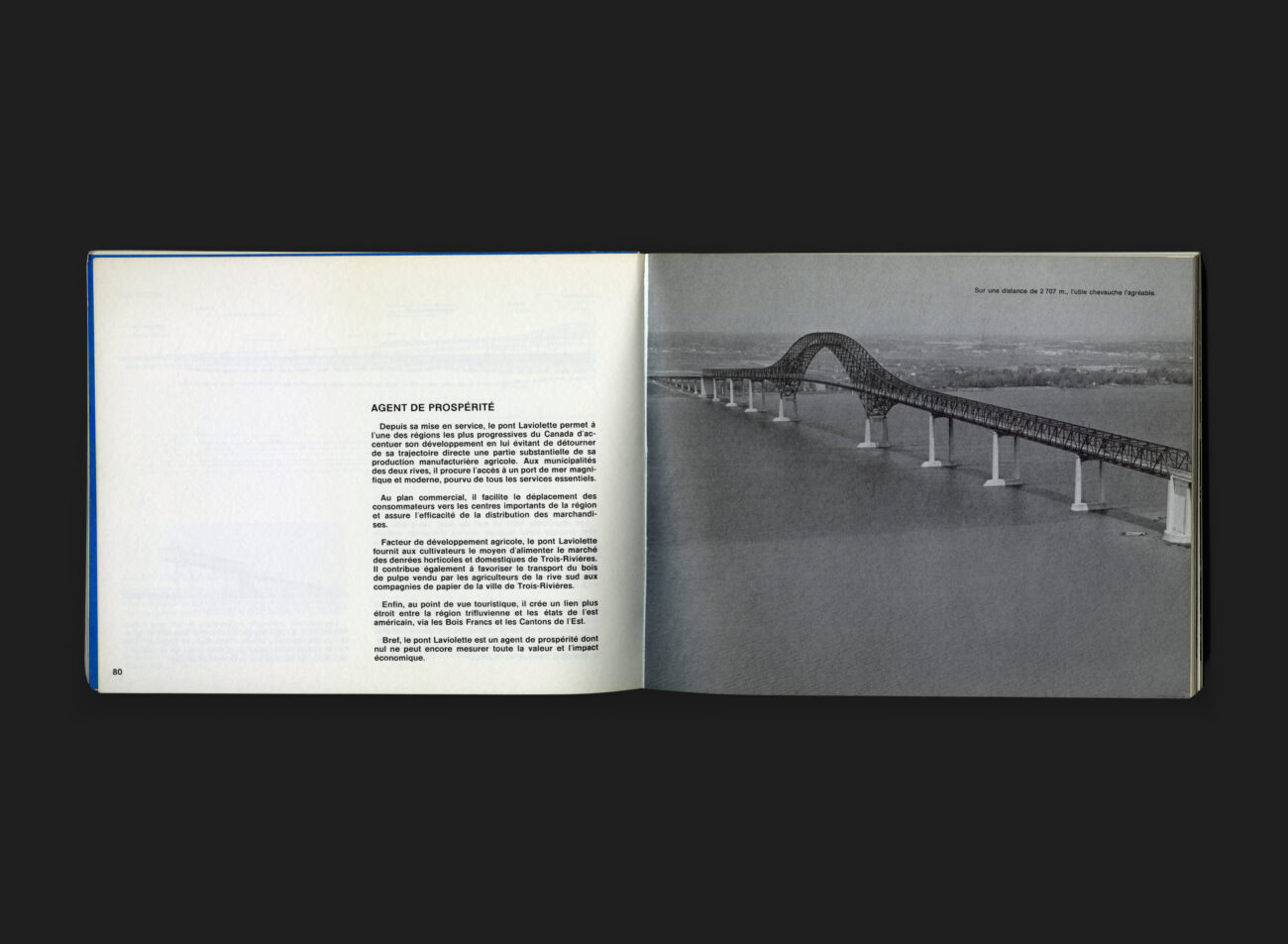 Québec’s infinity extends over 1,540,509 km2 and could easily contain Spain, Portugal, France, Belgium, Switzerland and Germany. With its valley of Saint-Laurent, its Appalachian region and its subarctic zone anchored to the Precambrian shield, Québec remains a boundless province, and Canada’s largest.

In 1836, the railway became part of the Québec landscape. The first train traveled between Laprairie on the Saint-Laurent and Saint-Jean on the Richelieu. In 1856, the Montréal and Toronto line was built. The Victoria Bridge, inaugurated by the Prince of Wales (future King Edward VII) in 1860, equipped with railways, facilitated Montreal’s trade with the rest of the country.

With the invention of the automobile, provincial governments continued to make improvements to their road systems in the years that followed. By 1975 (the year this book was produced) the Québec road network had reached 84,800 km in length, including 10,000 bridges of small, medium and gigantic scale. This book is the story of a few of these bridges.

In design terms, the inside text pages of Ponts du Québec are fairly formulaic in nature — images and diagrams accompanied by supporting descriptive text in a basic layout. However, its the cover image, with its bold, colourful expression, which is the star of the show. A suspension bridge, nestled between geometrically constructed trees and shrubs, primarily of circular form, set in various green shades fills the space. The addition of title text, set in Futura Bold Stencil, is a lovely bonus, and so indicative of the time and the ‘Letraset’ age.