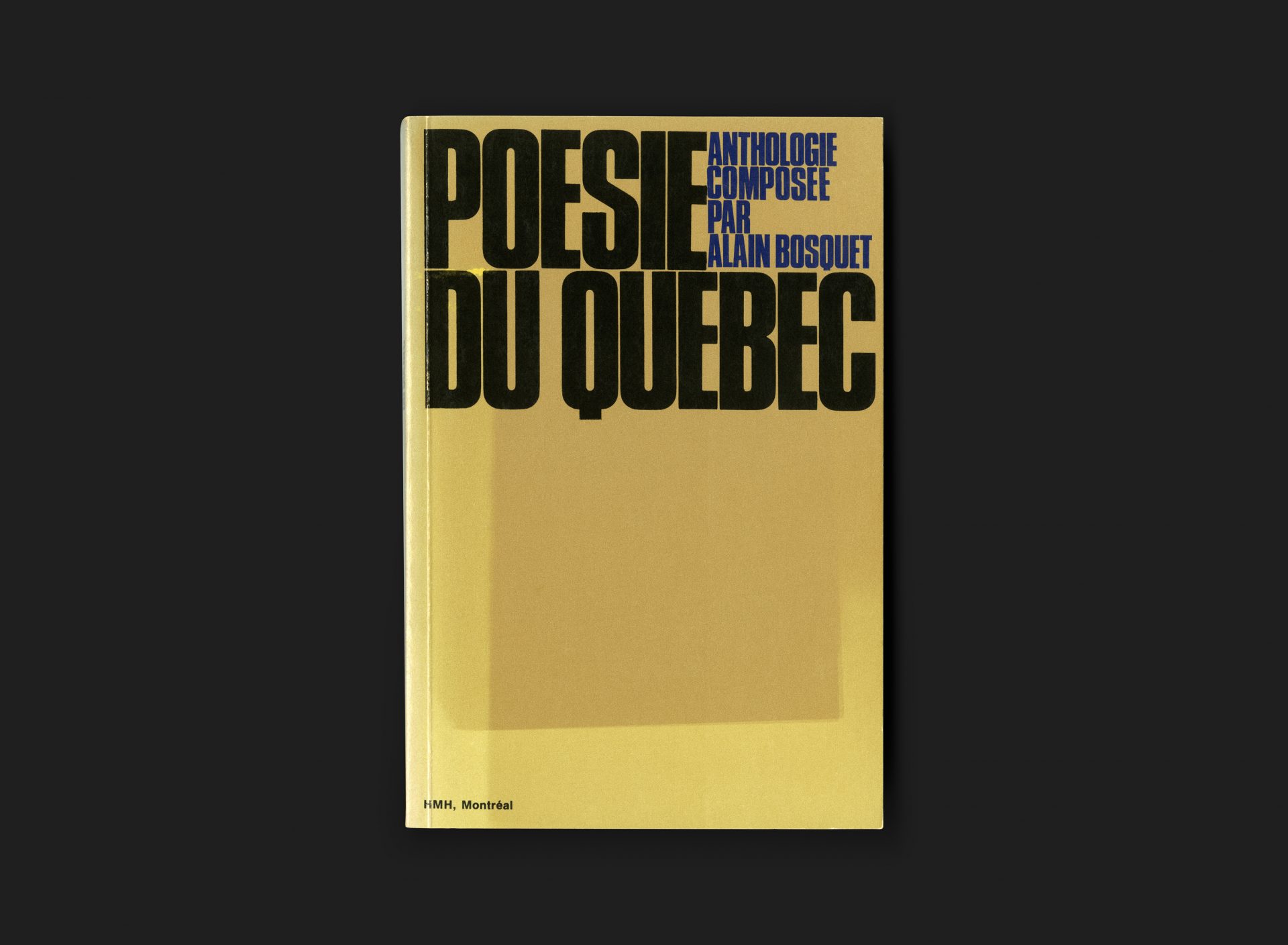 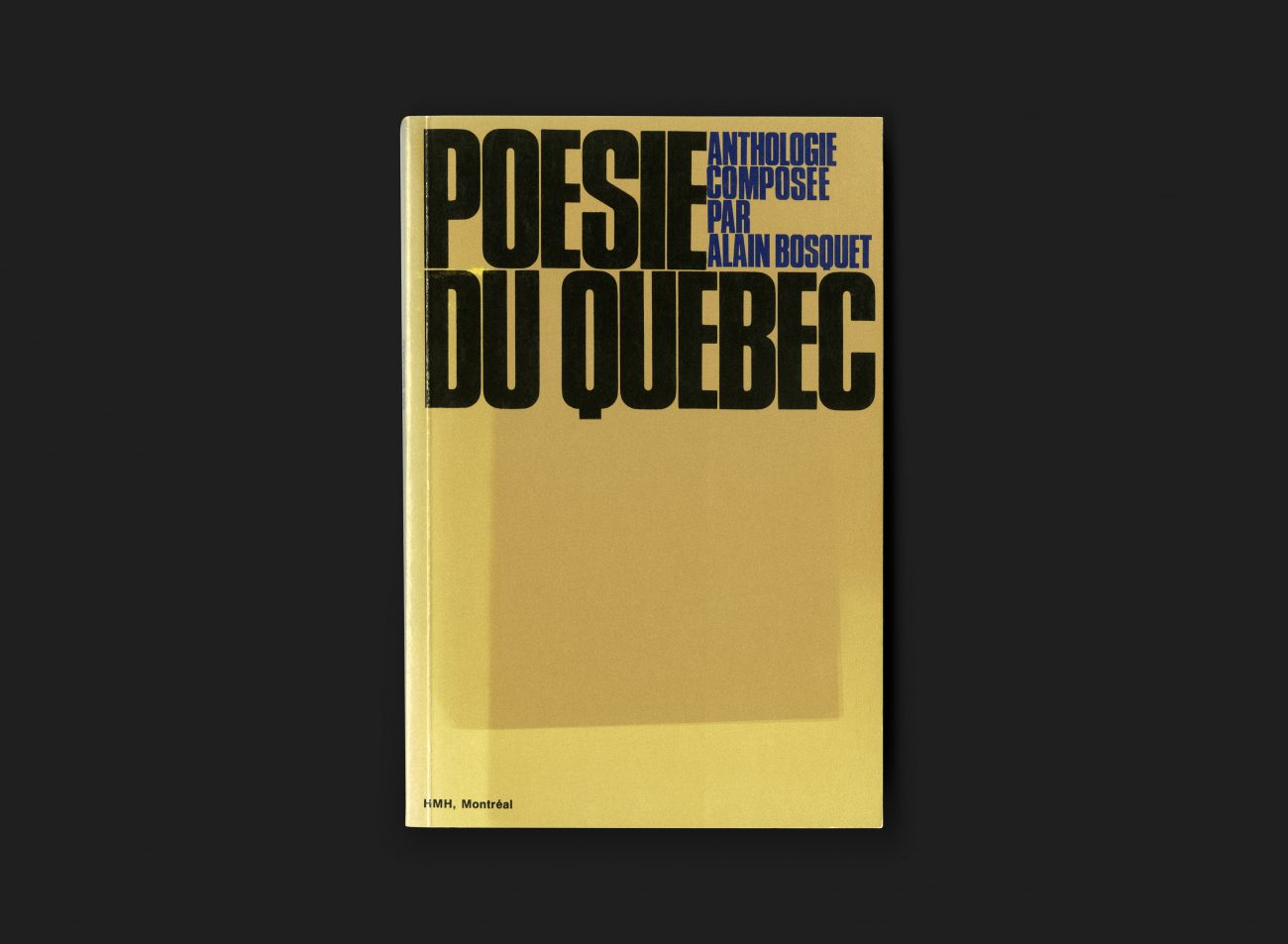 This book originally published in France, some 20 years earlier, is and updated version (1st pressing was in 1962) and now considerably larger in content. Focused, as the title suggests, on Poetry of Quebéc. The primary objective of the title was to alter perceptions held throughout the world, particularly the French speaking world, that Canada has evolved from its old fashioned, moralizing, cumbersome reputation in writing poetry. Instead, now it had flourished into a powerfully ambitious nation, who’s tone is now delivered with purpose and aspiration — putting an end to the indifference and ironic misunderstanding of which scholars oppose to in Canadian poetry.

The design of the book cover itself is deliberately simple, dedicating more than 50% of its cover to white space (or beige space). Typeset in a tightly spaced condensed grotesque, and printed in black and blue ink, onto a solid beige background. The generous use of space provides a sense of visual poetry, treating the page like a canvas. A picture as a text, using space creatively to invite the reader to interact with it. The fact that this particular artefact has an unusual, almost 3 dimensional geometric sun bleached area to the cover, simply adds to this poetic perspective.