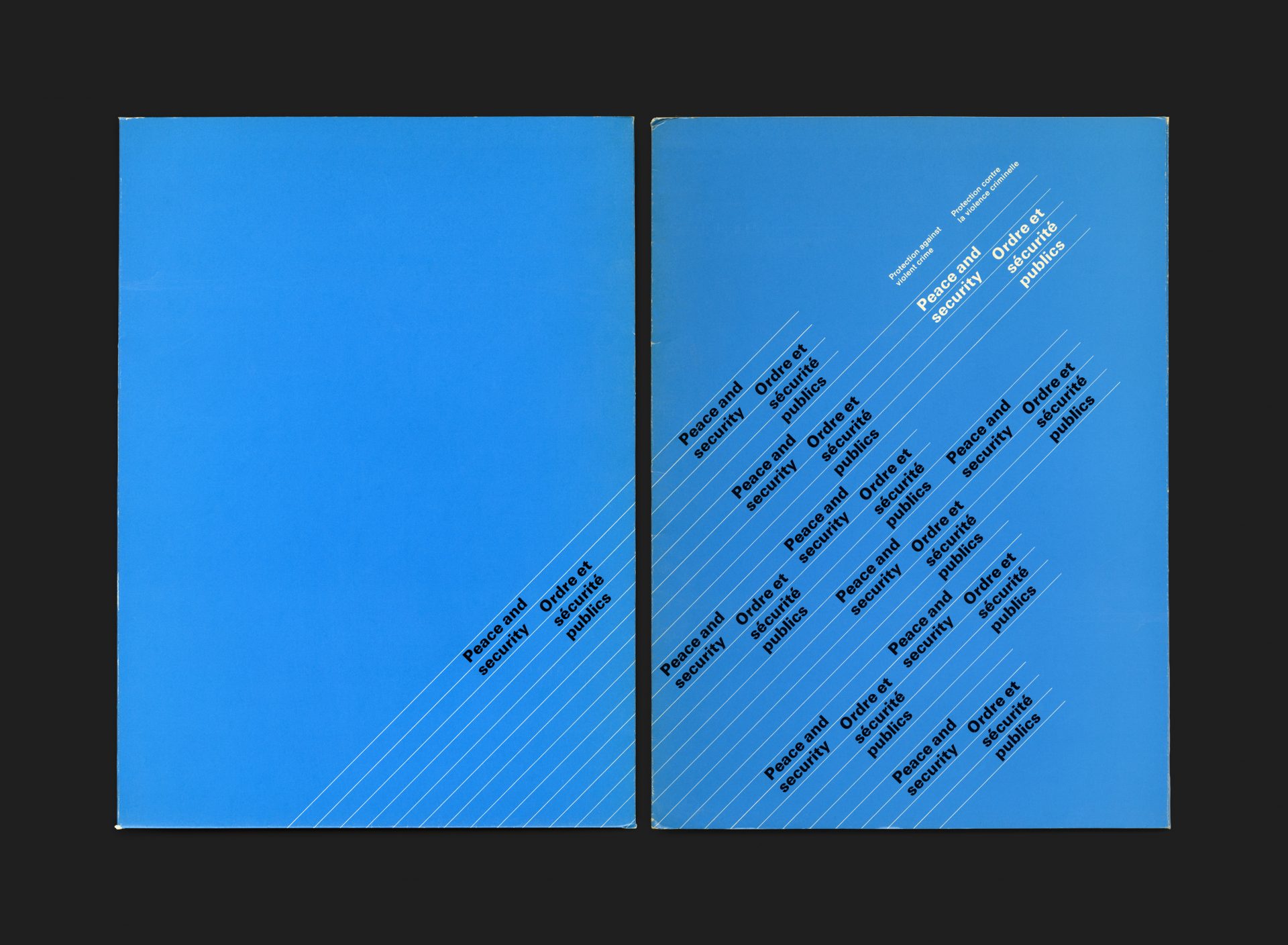 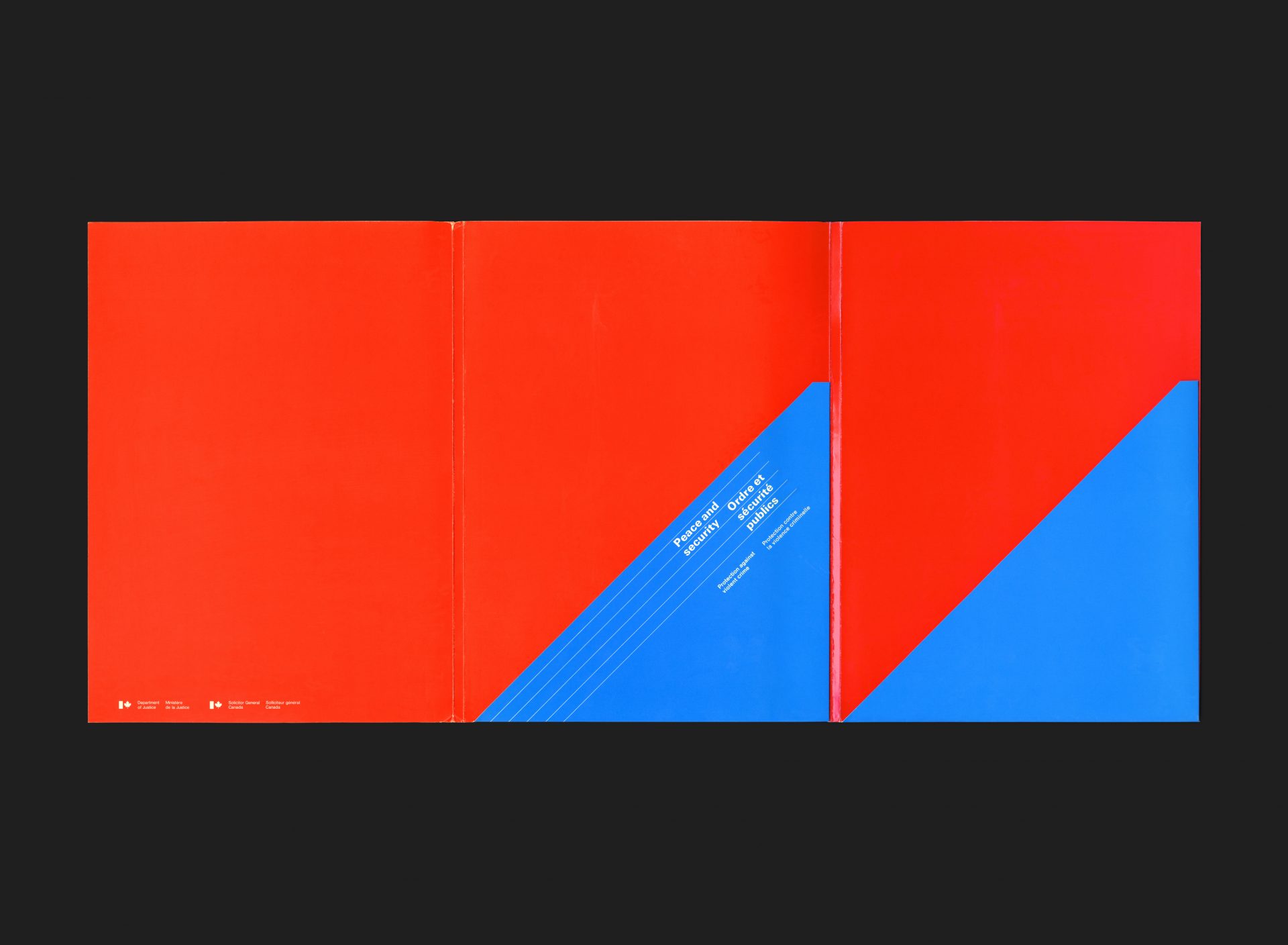 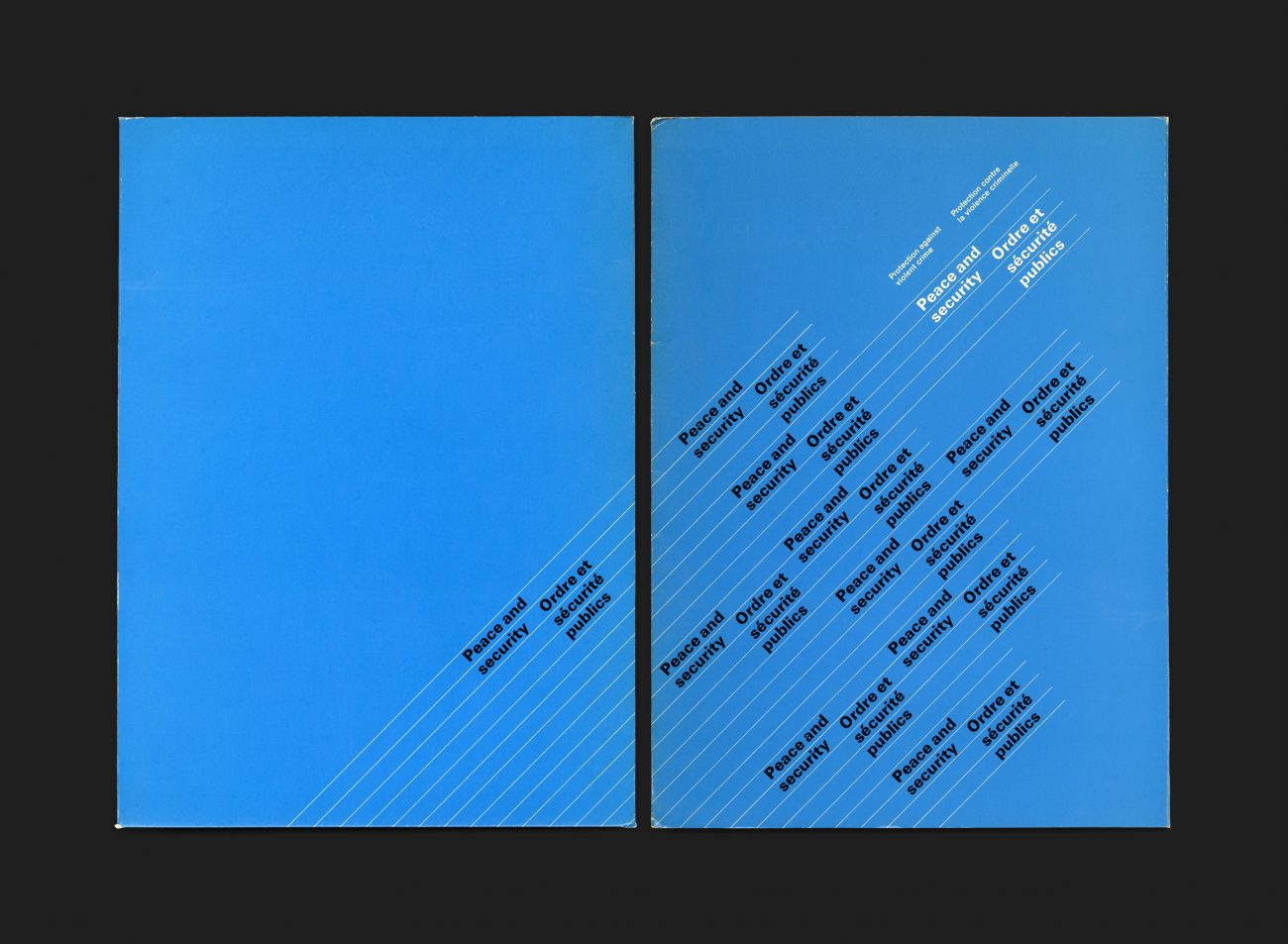 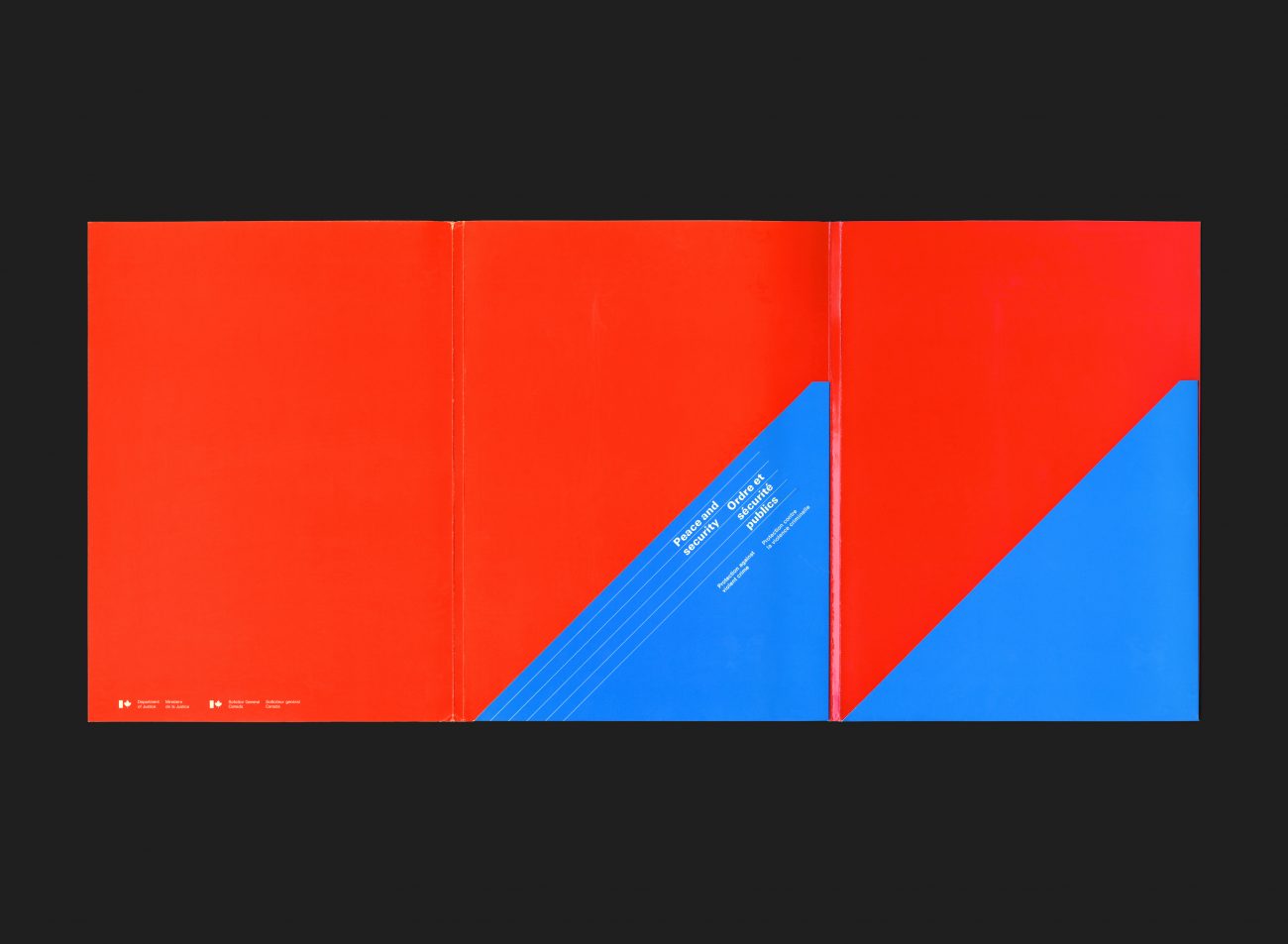 Since 1867, the Department of Justice / Ministère de la Justice, a department of the Government of Canada, has worked to ensure that Canada’s justice system is fair, accessible and efficient. The Department’s responsibilities reflect the double role of the Minister of Justice, who is also by law the Attorney General of Canada, concerned with the administration of justice, including policy in such areas as criminal law, family law, human rights law, and Aboriginal justice. This artefact was used in the area of the protection of violent crime.

This 6 page folder has been designed around a 45º typographic grid as its key focal point. The display of varying bilingual text housed within diagonal bars hints at incarceration and the safety of everything which sits outside of it. It has been typeset in Univers. The piece is printed in blue and black to the outer face and red only to the inside face. The introduction of right angled pockets, which chimes wonderfully with the typography, contrasts powerfully against the red beneath and emphasizes the importance and immediacy of the communication of which it represents.