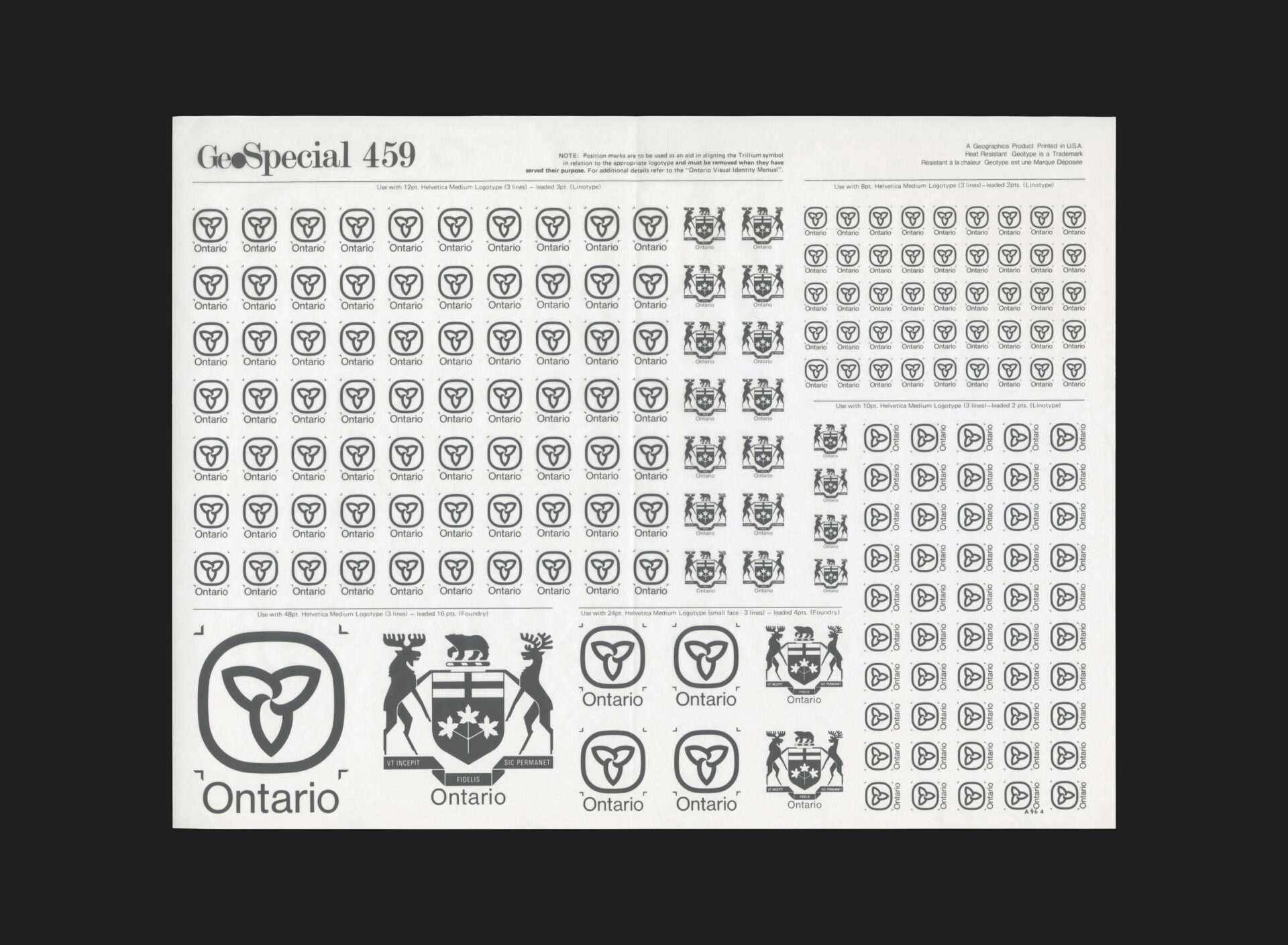 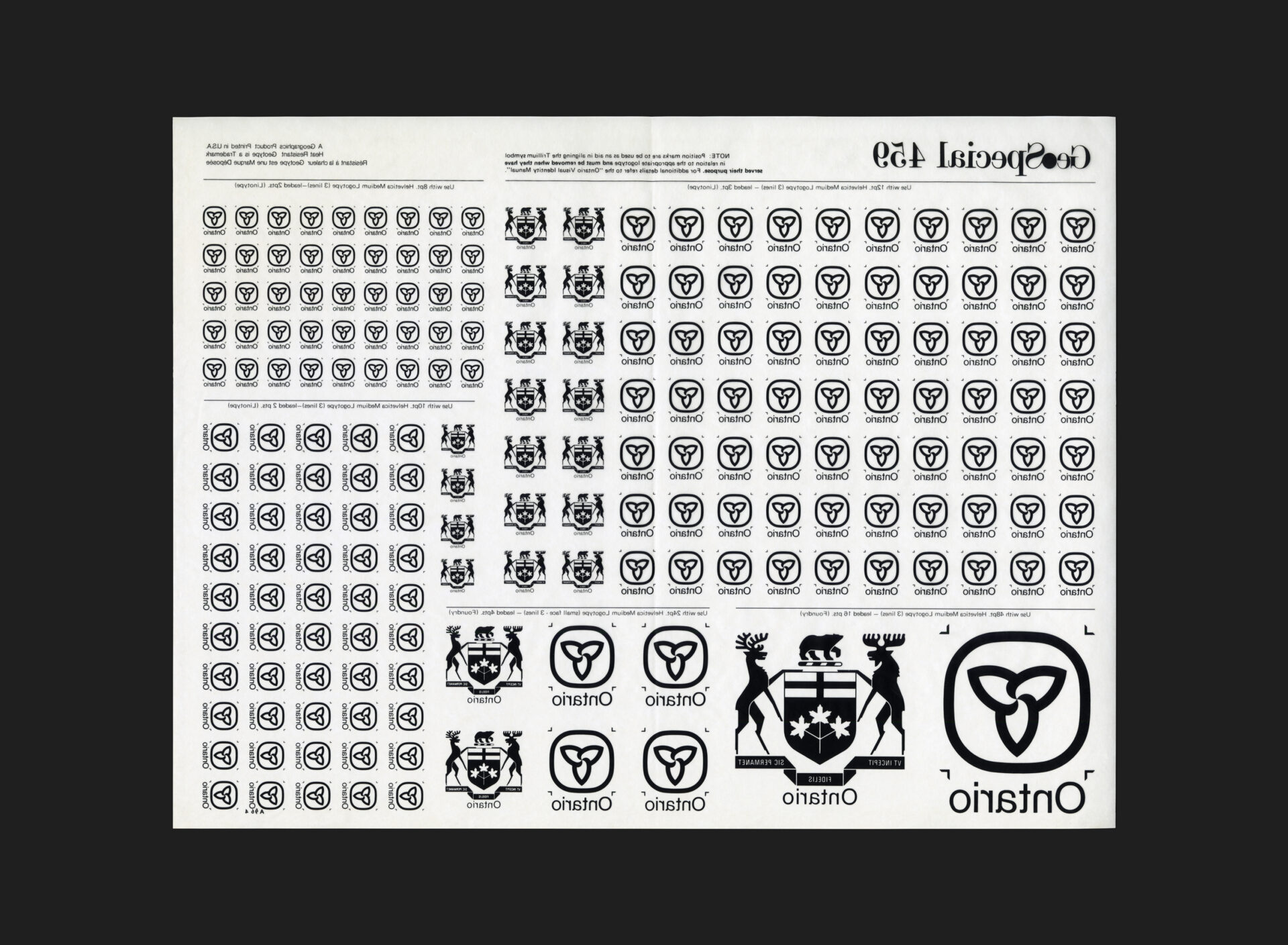 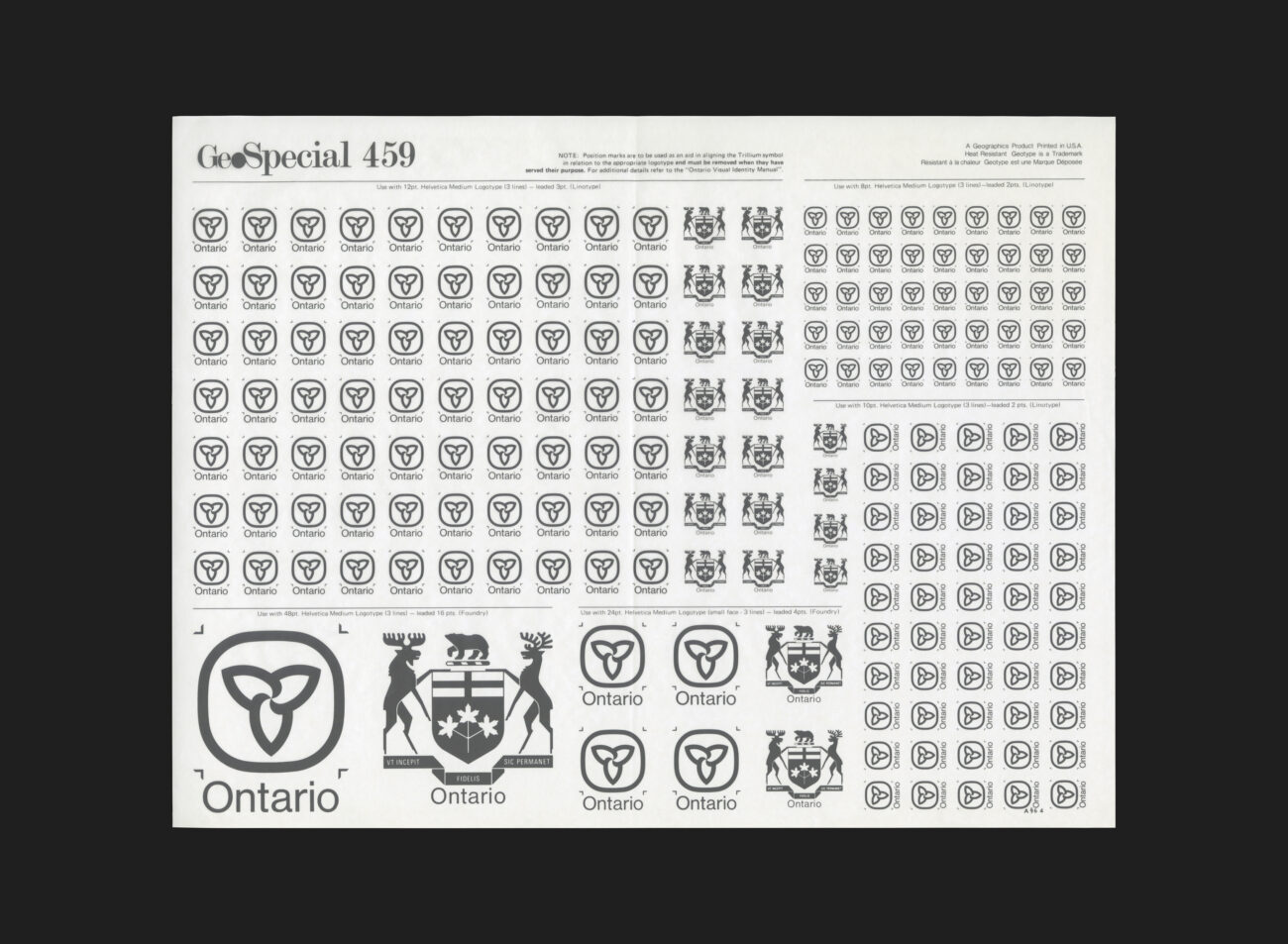 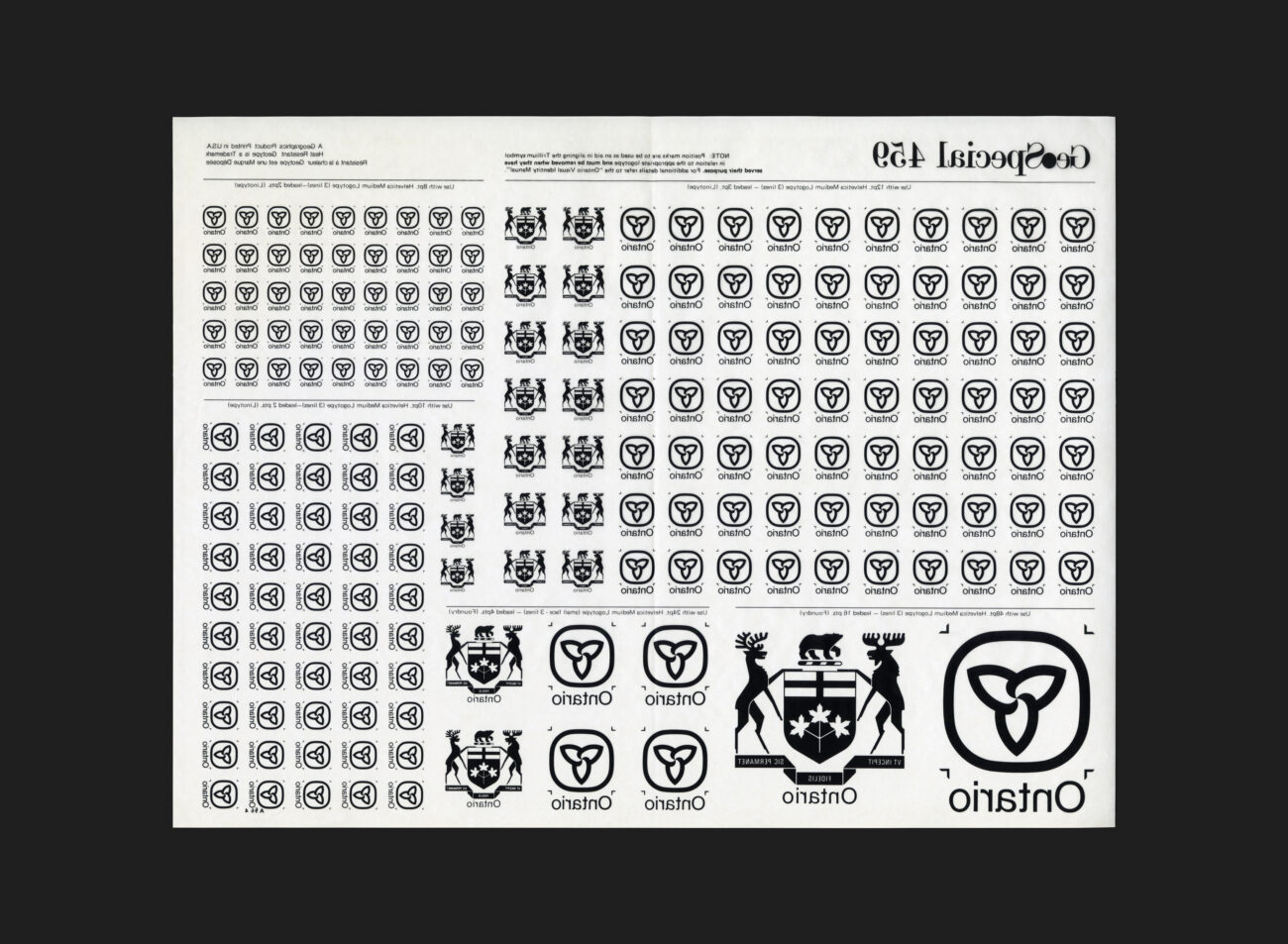 Geographics are a graphic materials company producing sheets of dry-transfer lettering similar to Letraset. They were formed in Vancouver in 1974.

During the pre-computer age of creative production, dry-transfer lettering was a staple tool for both graphic designers and layout artists. In addition to lettering (typefaces in fixed sizes) Geographics produced special order custom sheets. Due to the investment required, these were mainly aimed at larger organizations. This sheet was one such special edition (GeoSpecial 459), produced for the Government of Ontario and features various scaled version of the Trillium Symbol (designed by Glenn Fretz) and the official Coat of Arms (designed by Ernst Barenscher).

Geographics still exists today, but is now based in the USA and mainly deals in paper stationery products and display board. In 2002 it became a ‘Royal Consumer Products’ brand, part of Mafcote Inc. — one of the largest paper coating companies in the United States.

An interesting sidenote, the Geographics logo was designed by Theo Dimson and is still being today.