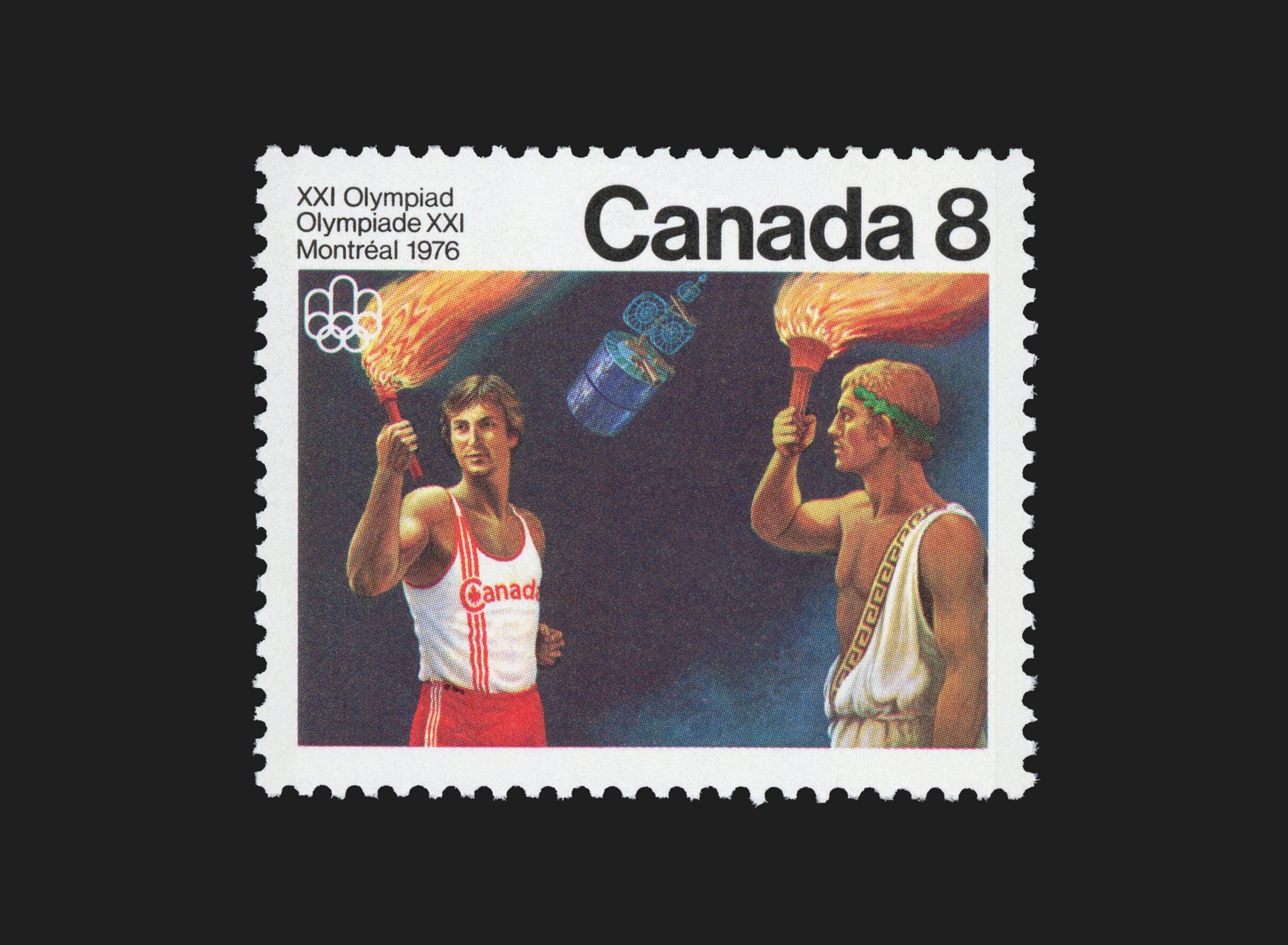 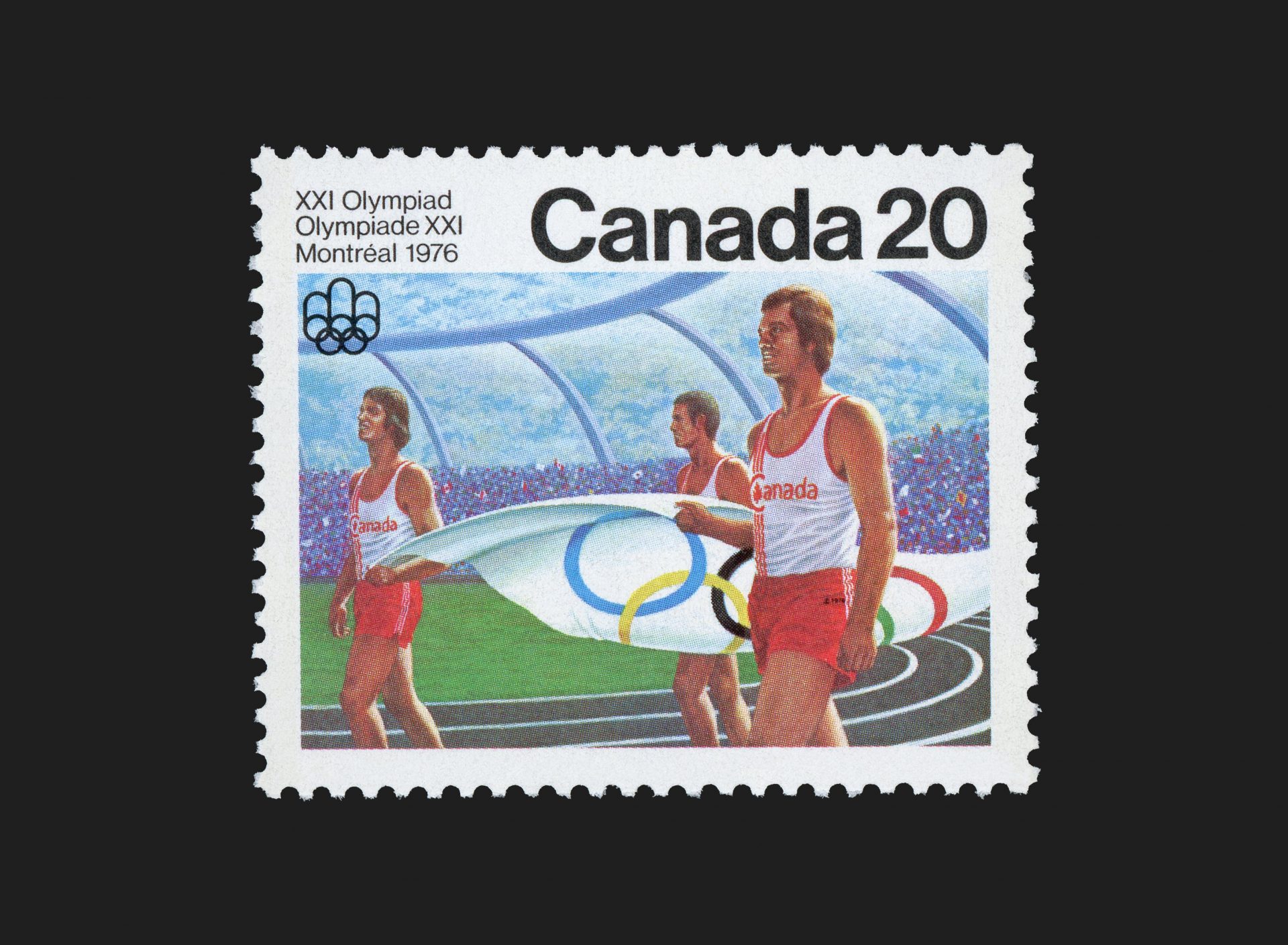 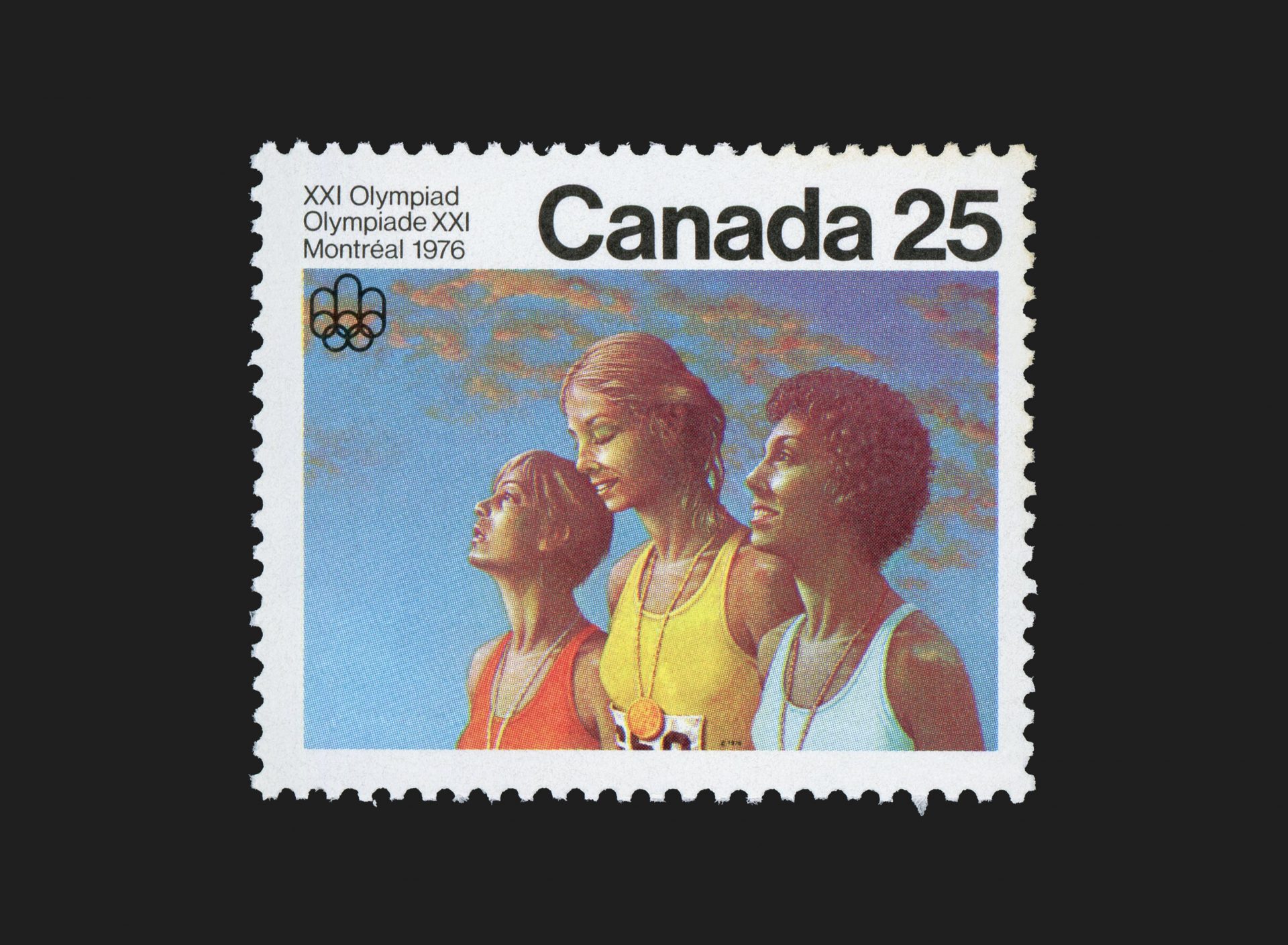 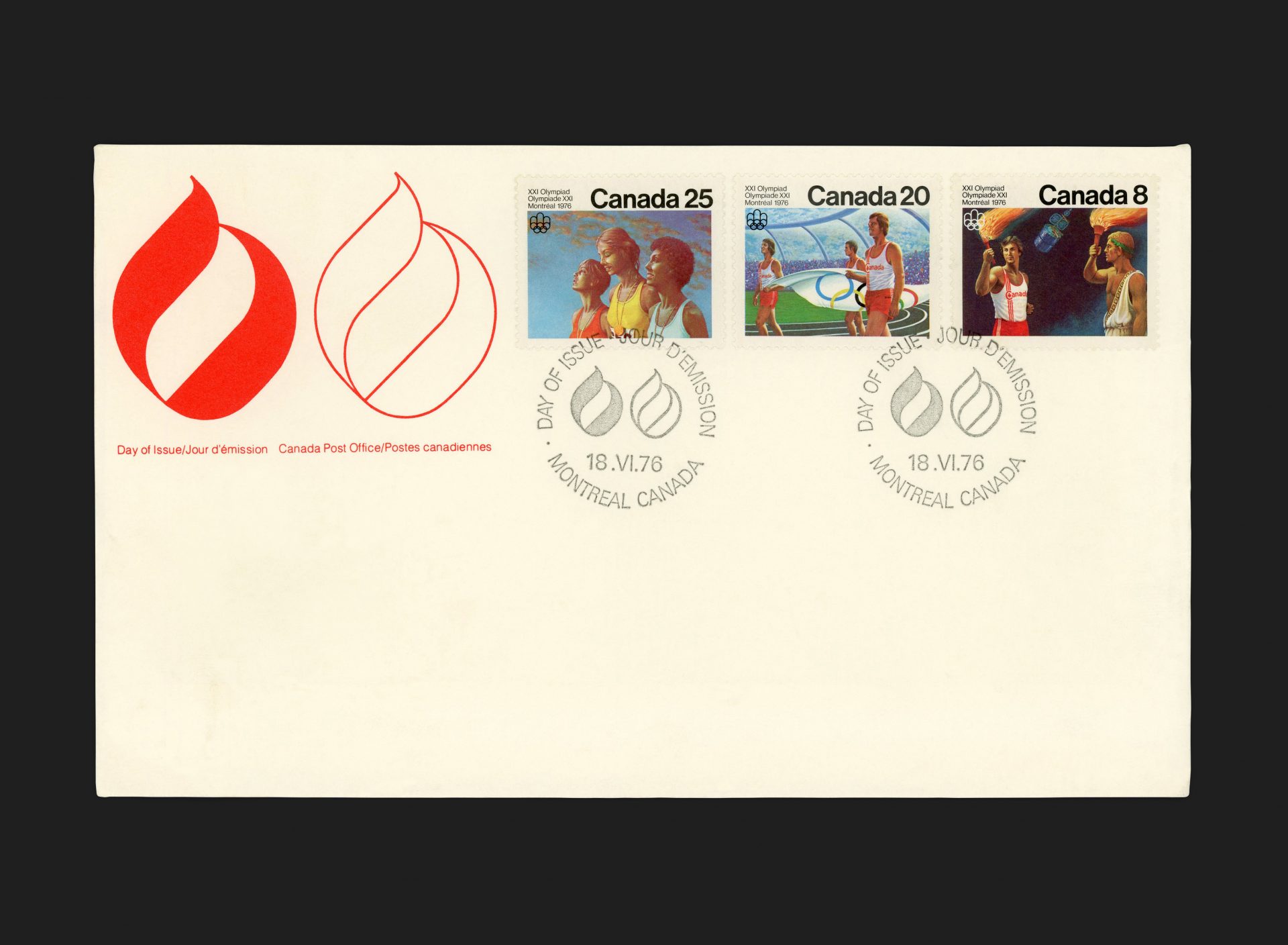 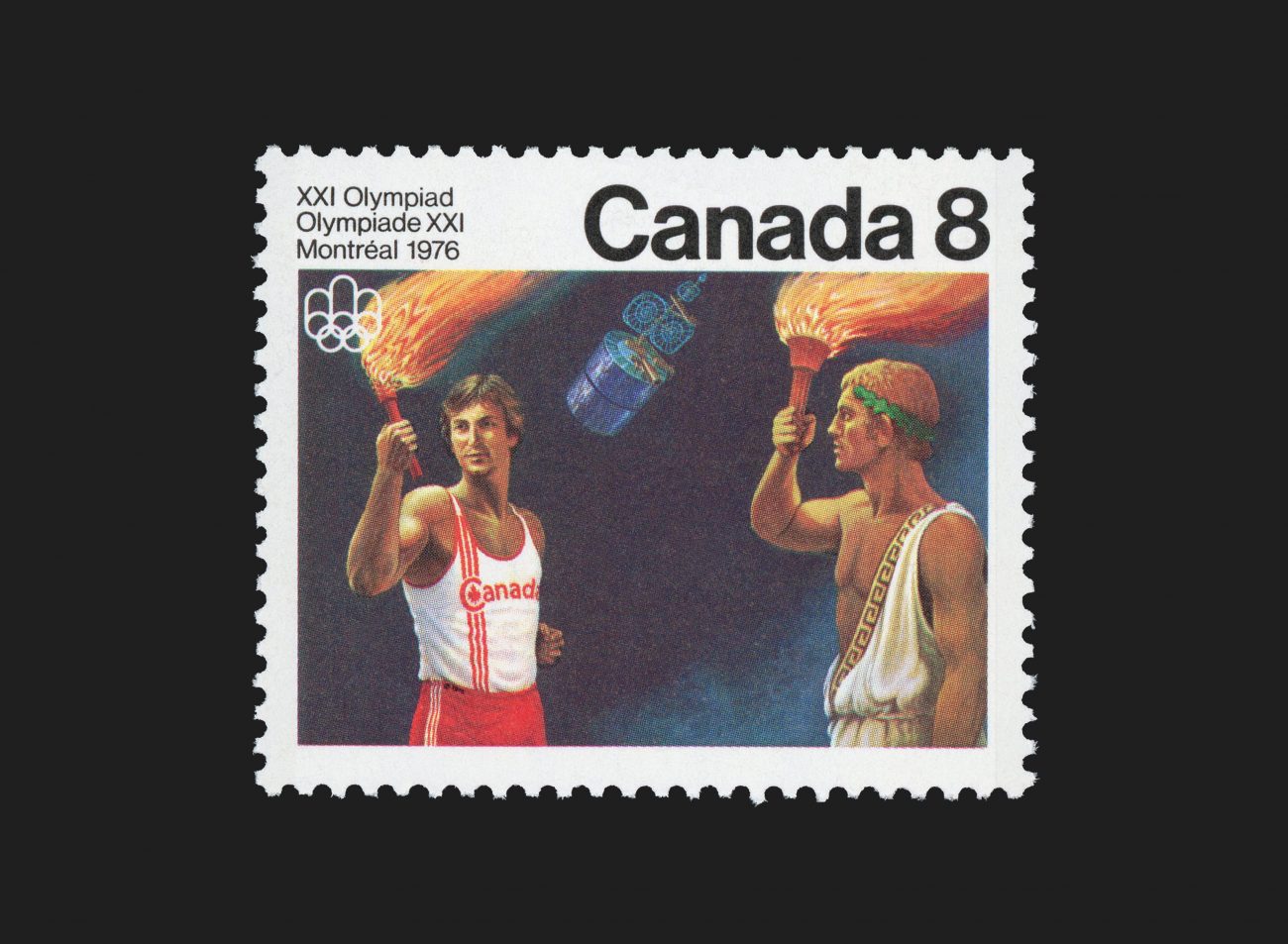 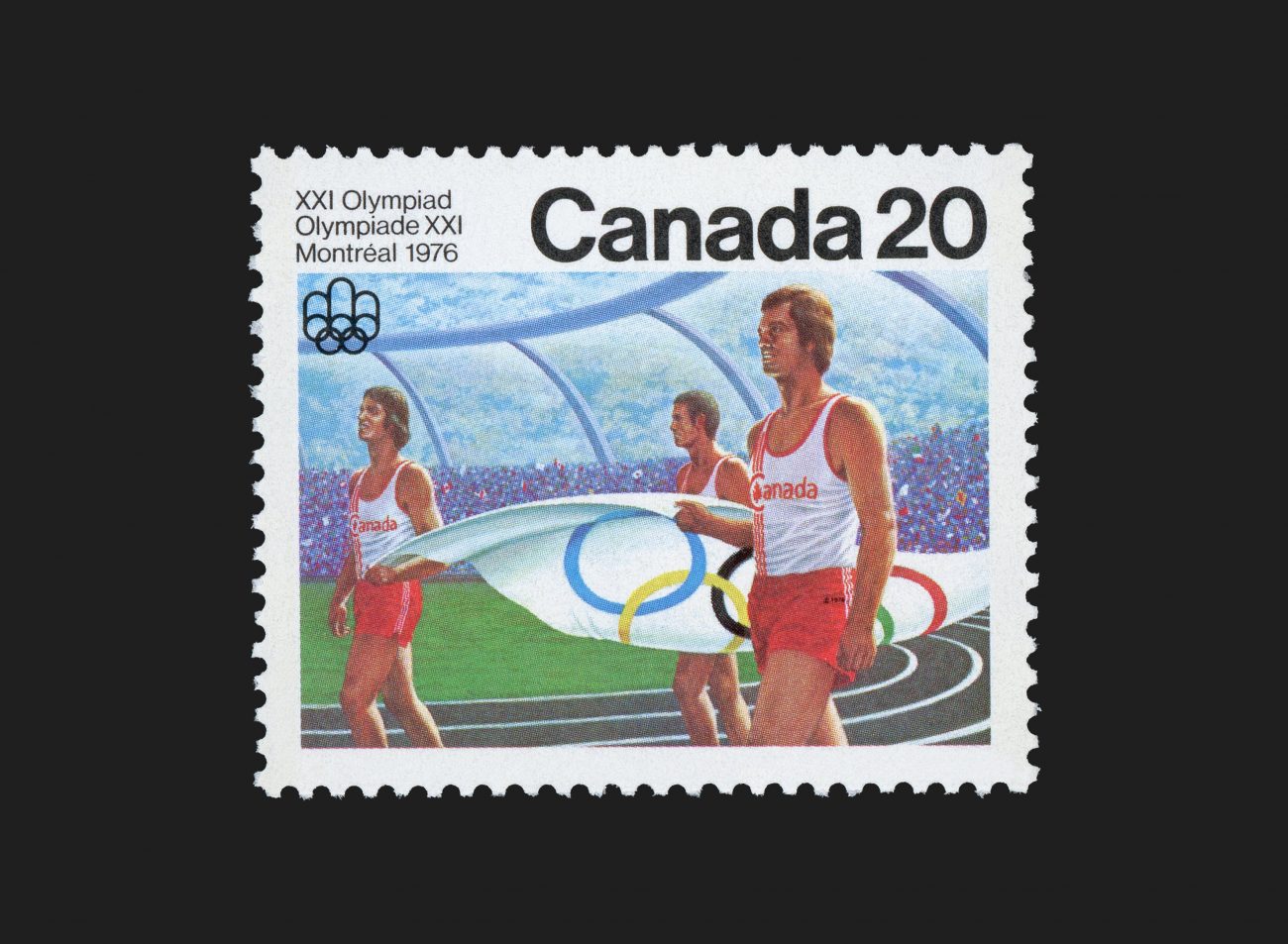 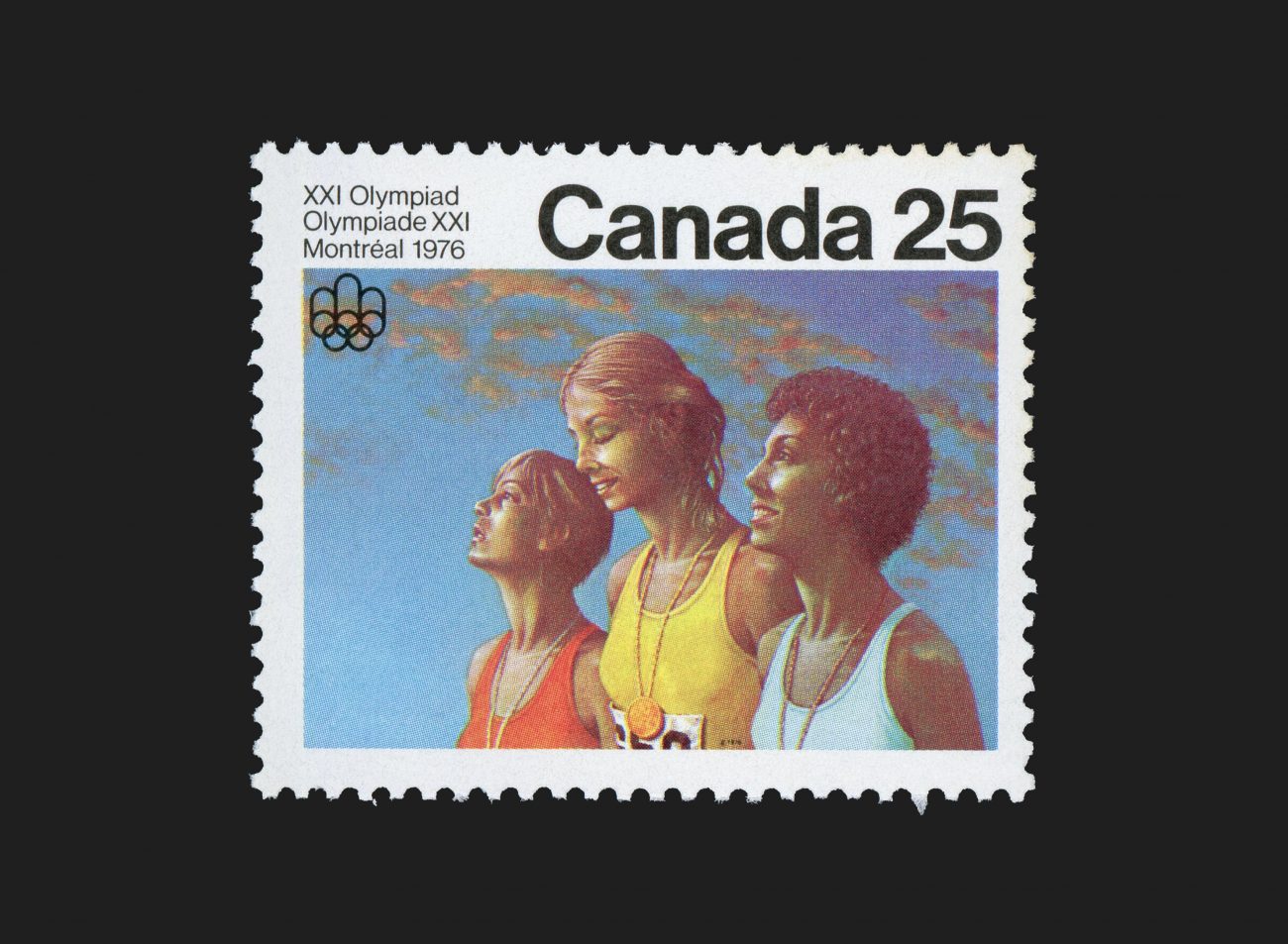 A set of three stamps commemorating the 1976 Montréal Olympics, each capturing a different aspect of the Games’ ceremonies. Award-winning Toronto-based illustrator Peter Swan had illustrated Canadian postage stamps previously, and his style is very evocative of the period. The 8¢ stamp represents the transfer of the Olympic flame (via satellite) to Montréal from Greece during the flame ceremony. On the 20¢ stamp is a team of Canadian athletes carrying the Olympic flag into the stadium during the opening ceremony, and the 25¢ stamp features a trio of Olympic medal winners on the podium during their medal ceremony. The First Day Cover also features the pair of matching symbols designed by Raymond Bellemare for the Opening and Closing Ceremonies.