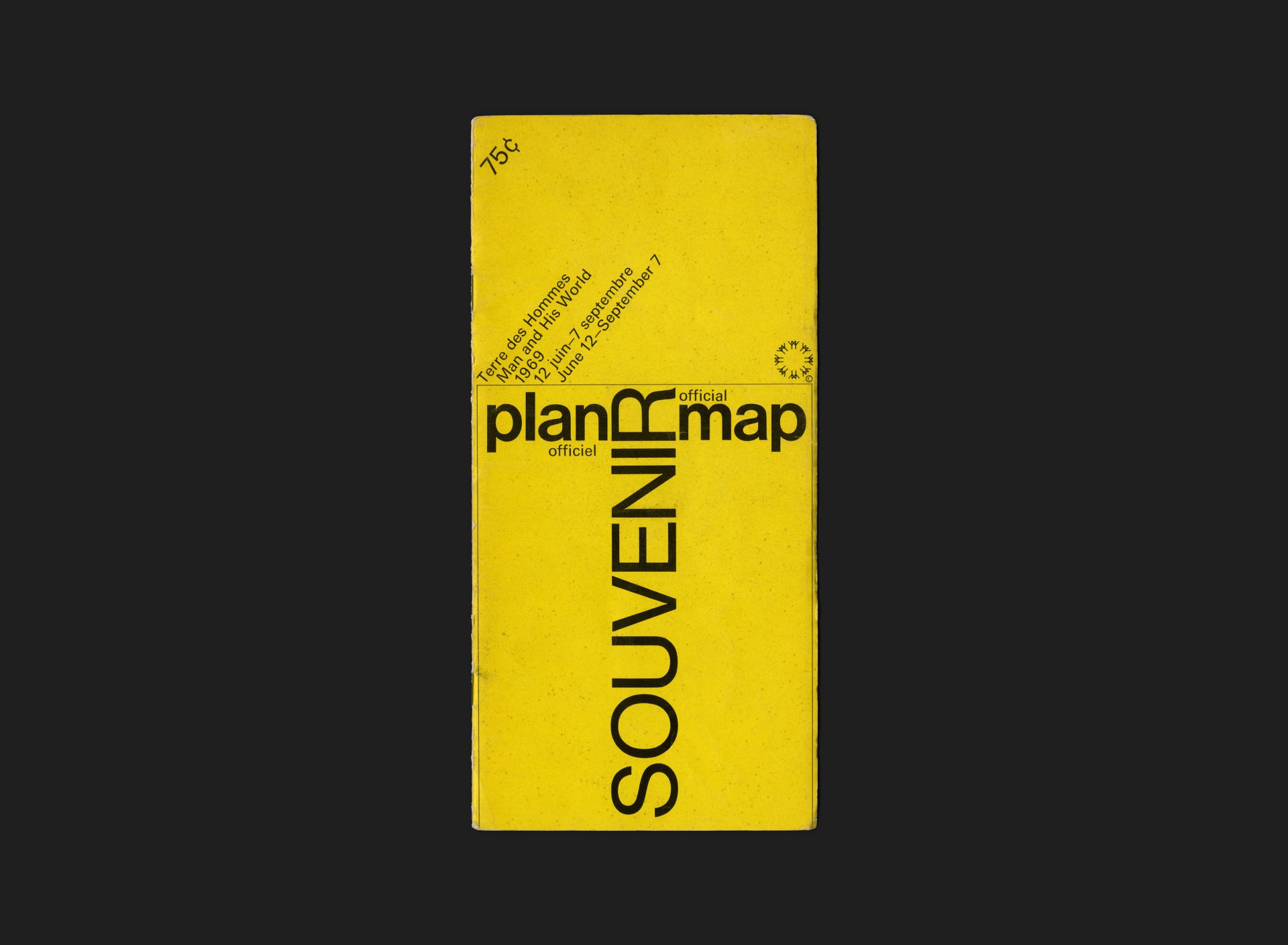 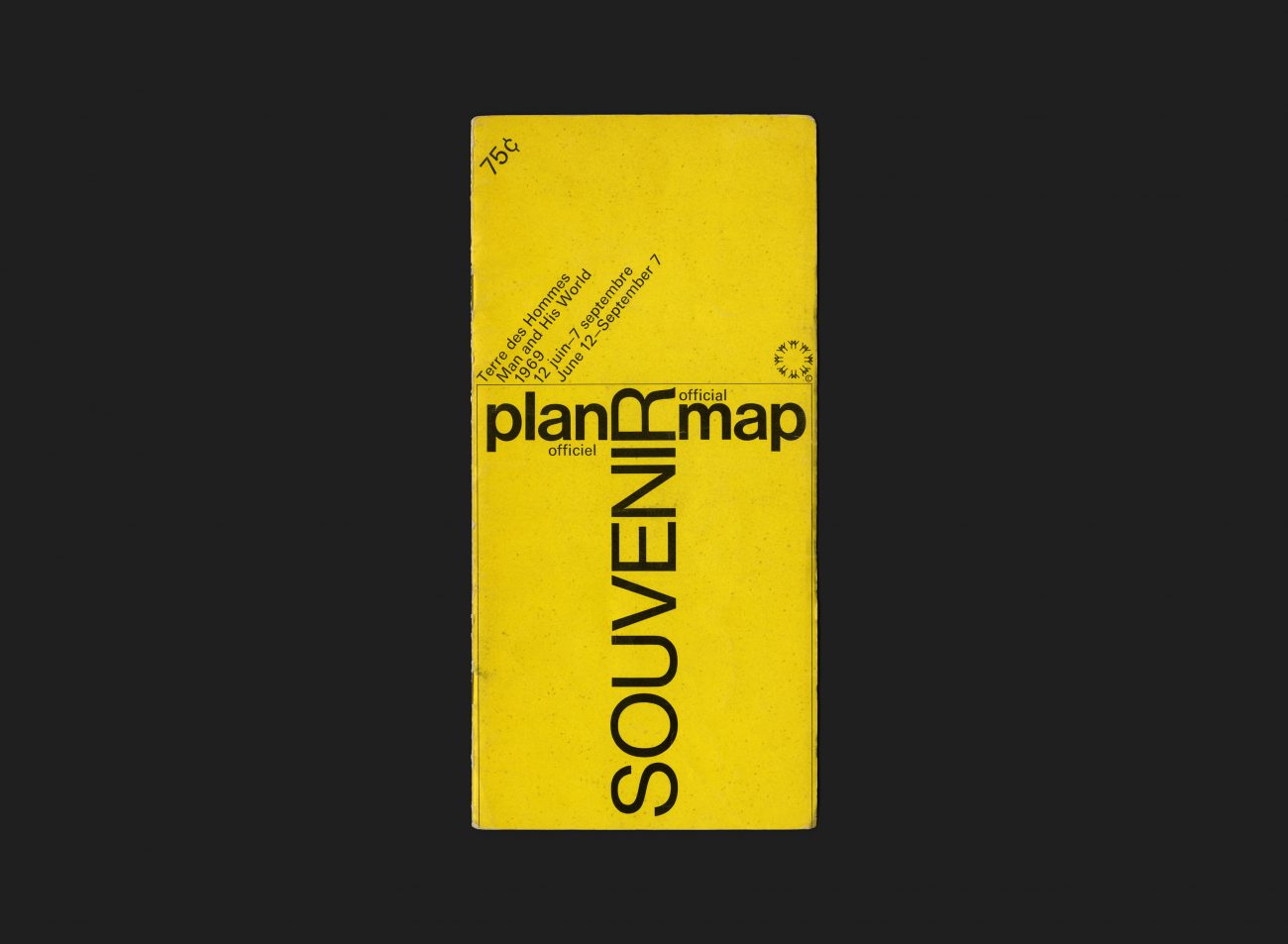 Man and His World

Although Expo67 was only intended to last for the duration of the event in 1967, extremely strong attendance numbers led to the decision to continue operating the site after the world’s fair’s official closure. In 1968, after a short break, it re-opened as ‘Man and His World’ / ‘Terre des Hommes’ (which was the theme of Expo67), running as a summer festival for 16 further years, until 1984.

For each year ‘Man and His World’ / ‘Terre des Hommes’ operated, a new official souvenir map (and guide book) were produced — each with its own evolving look. This artefact was one of the earlier iterations of marketing collateral and is perhaps the epitome of the pure, typographic style of the time. The outer cover is printed in yellow and black ink only (set in Univers), whereas the inside use a common map, used through the years that follow, and was not specially designed to match the cover. Sadly there is no design credit for this piece, nor can any information be found connected to it. It’s a particularly rare item to come by despite it being produced in high numbers.

Man and His World