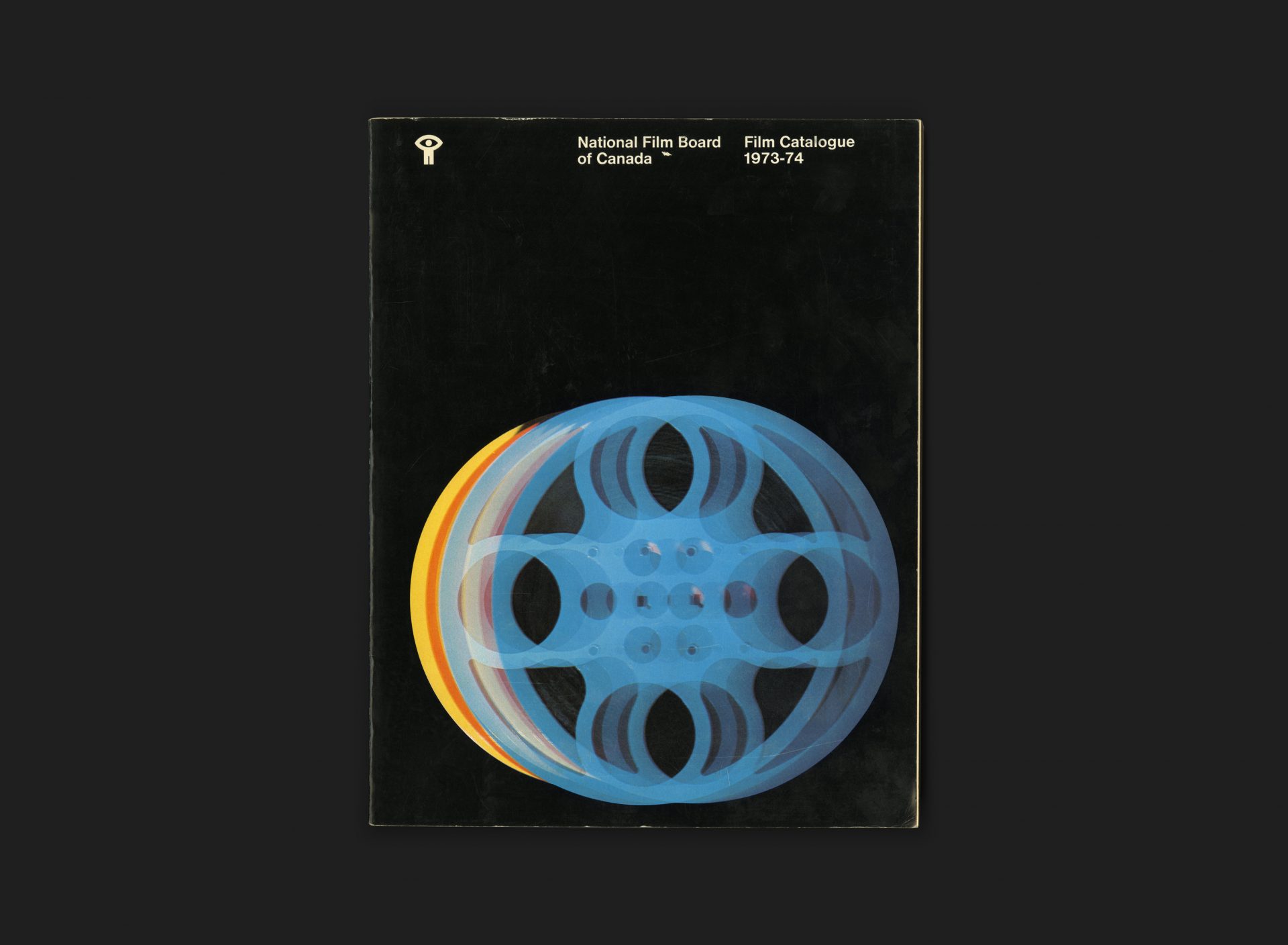 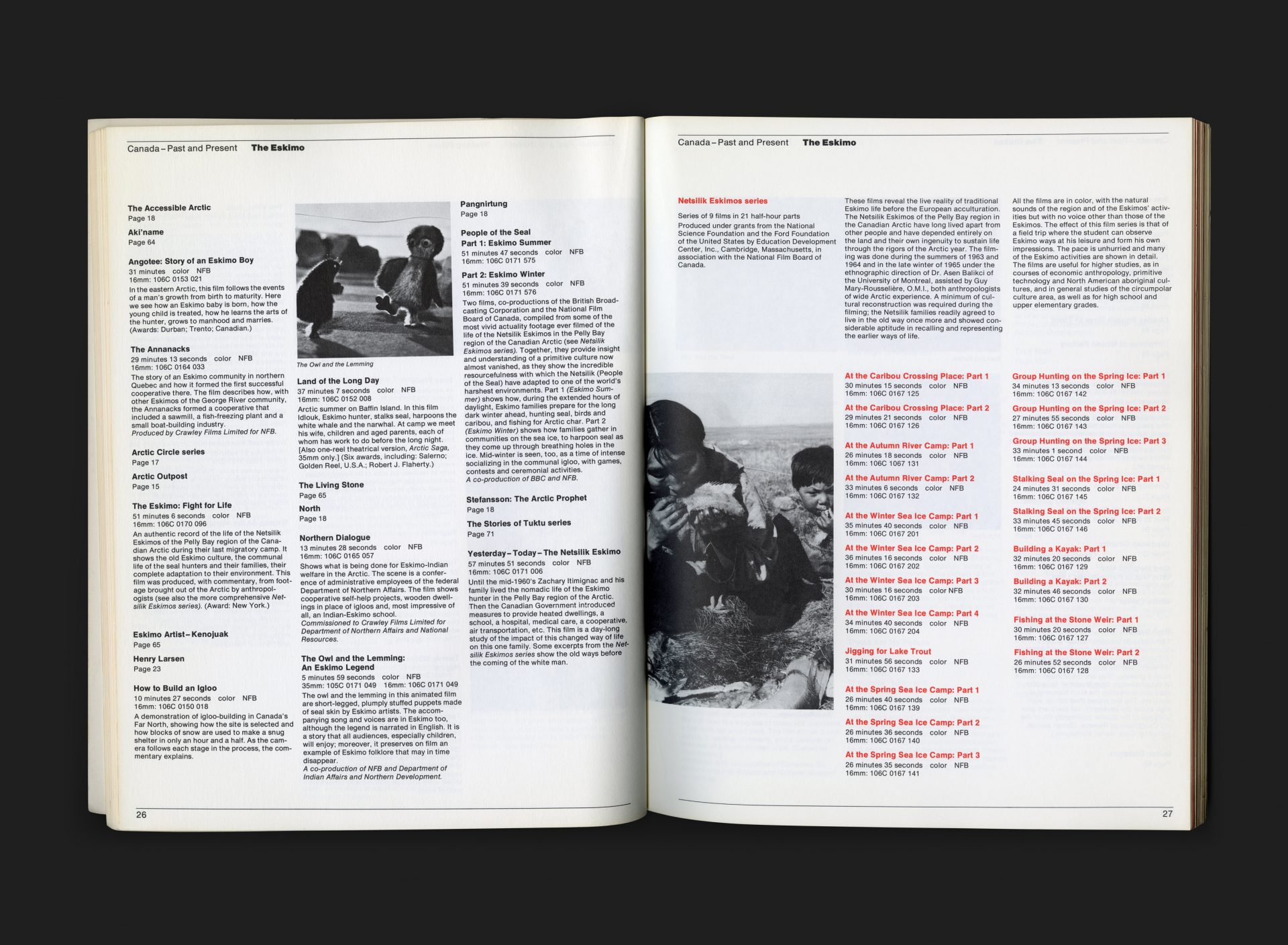 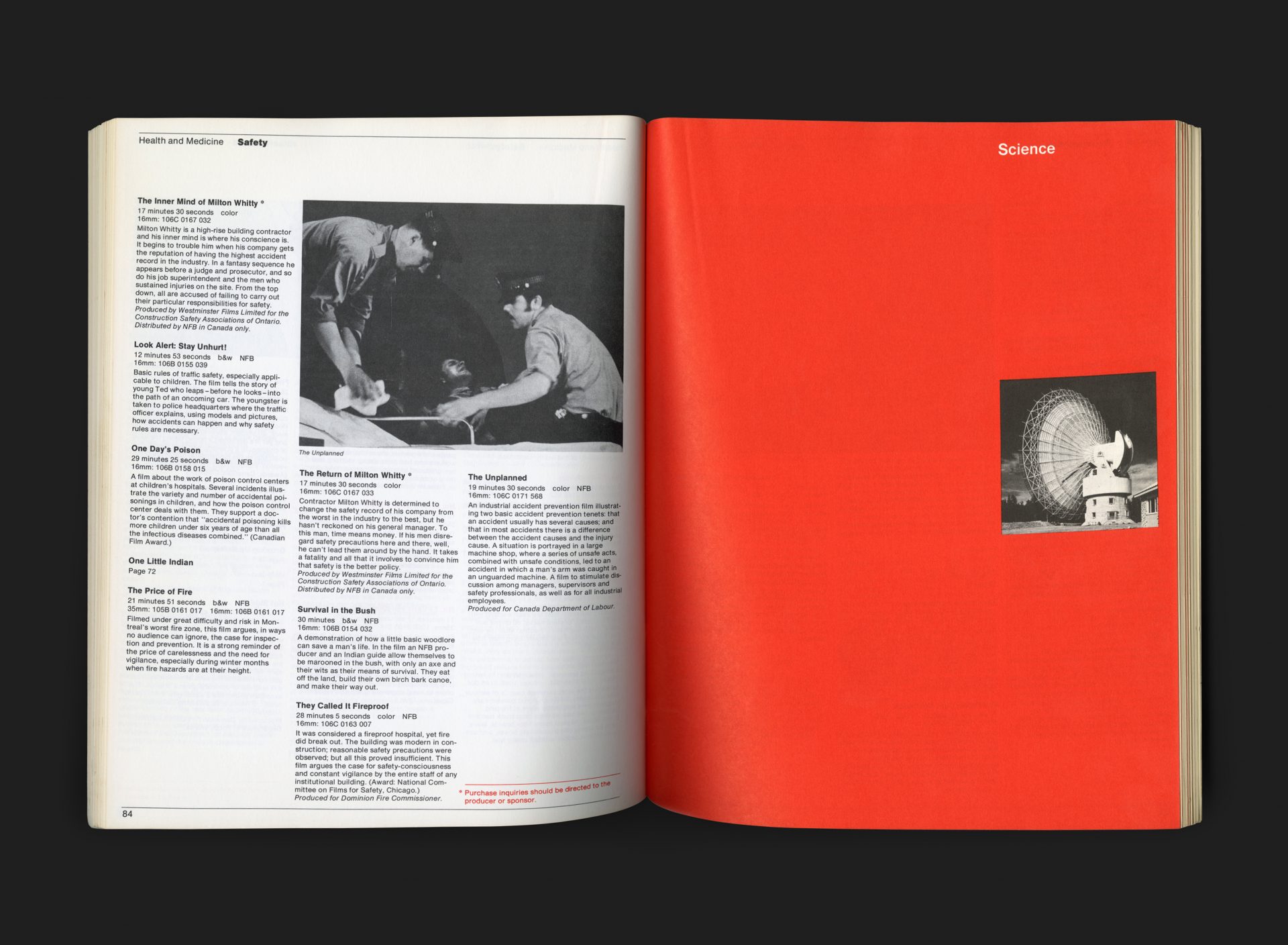 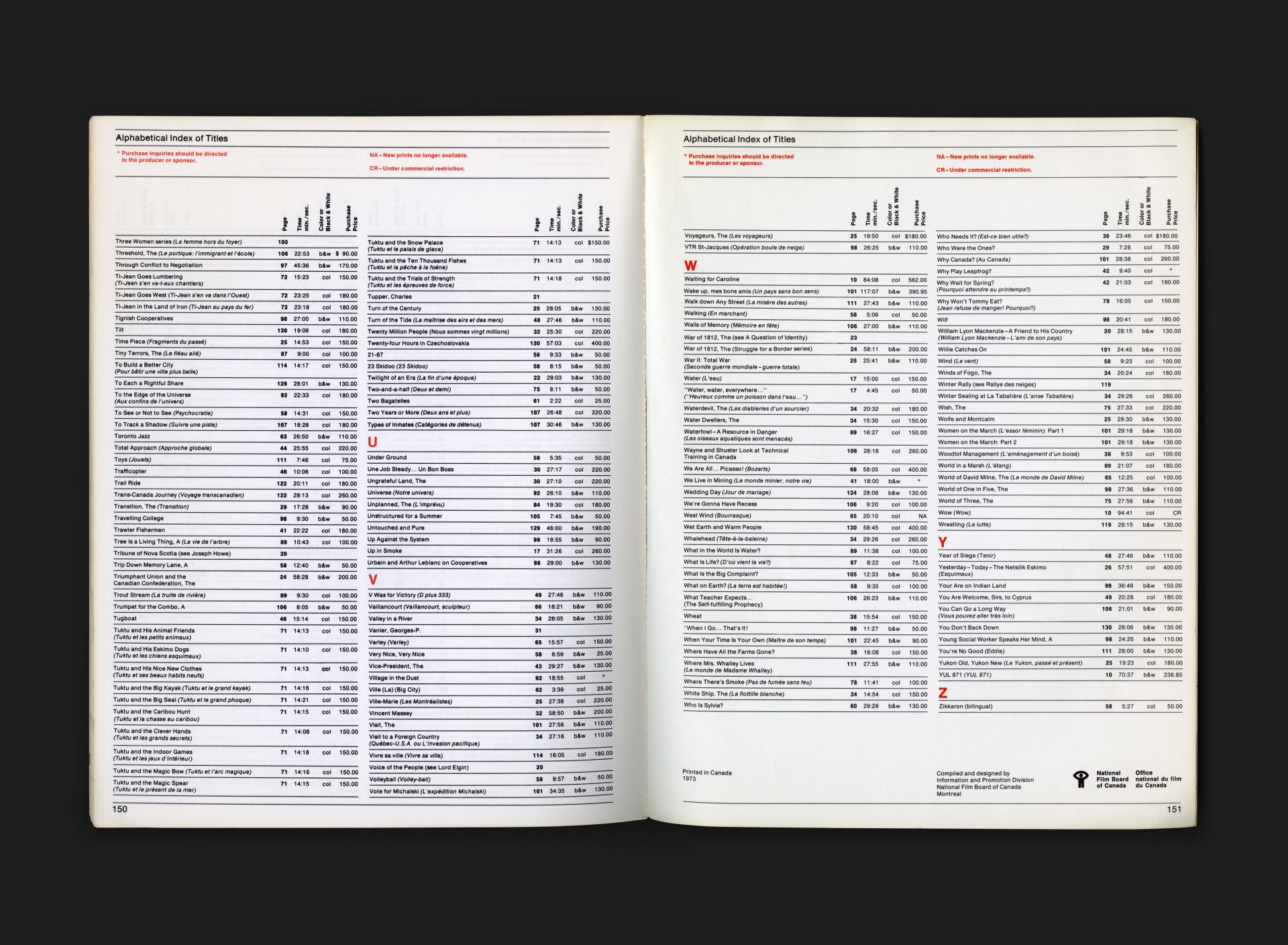 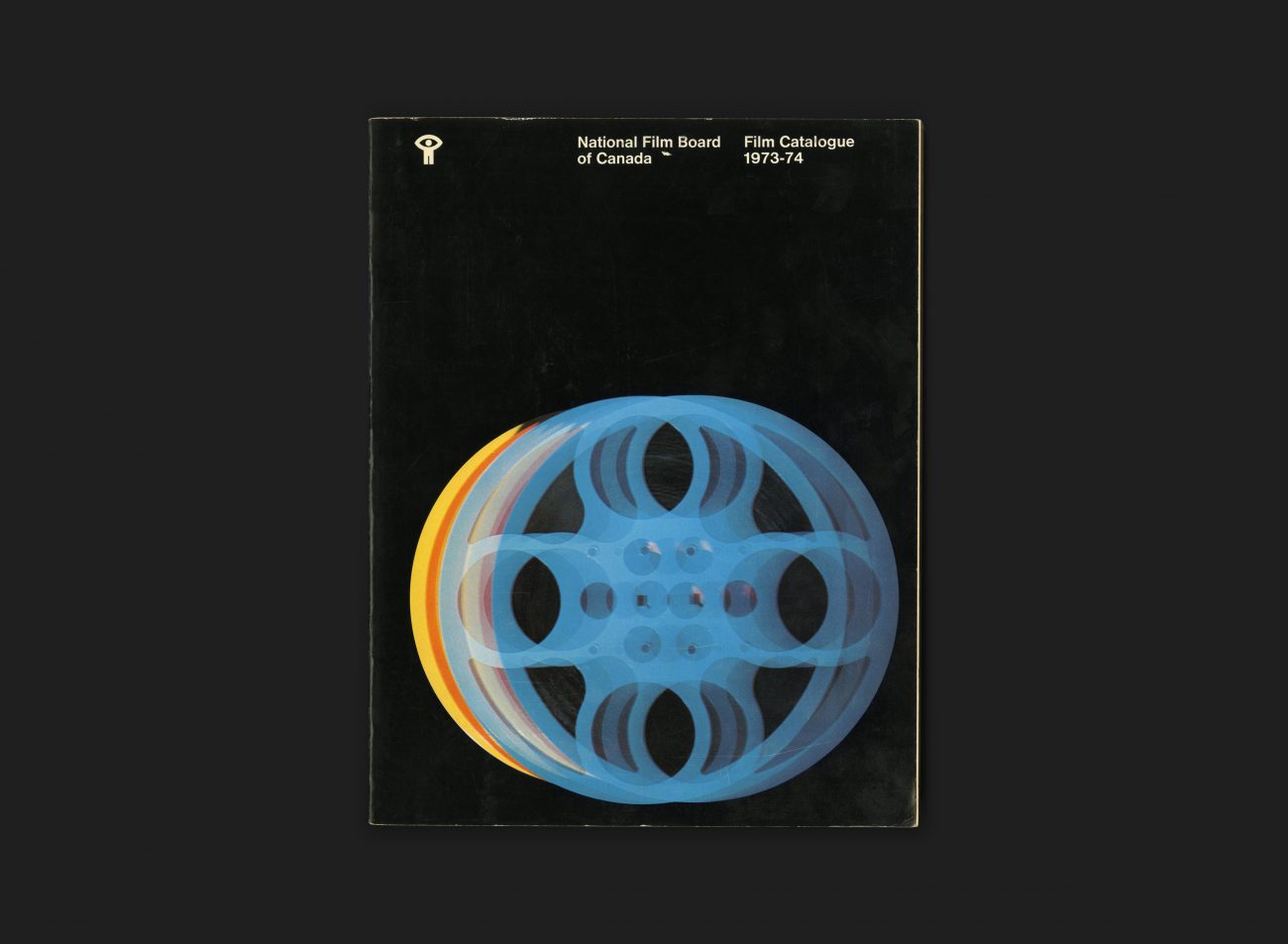 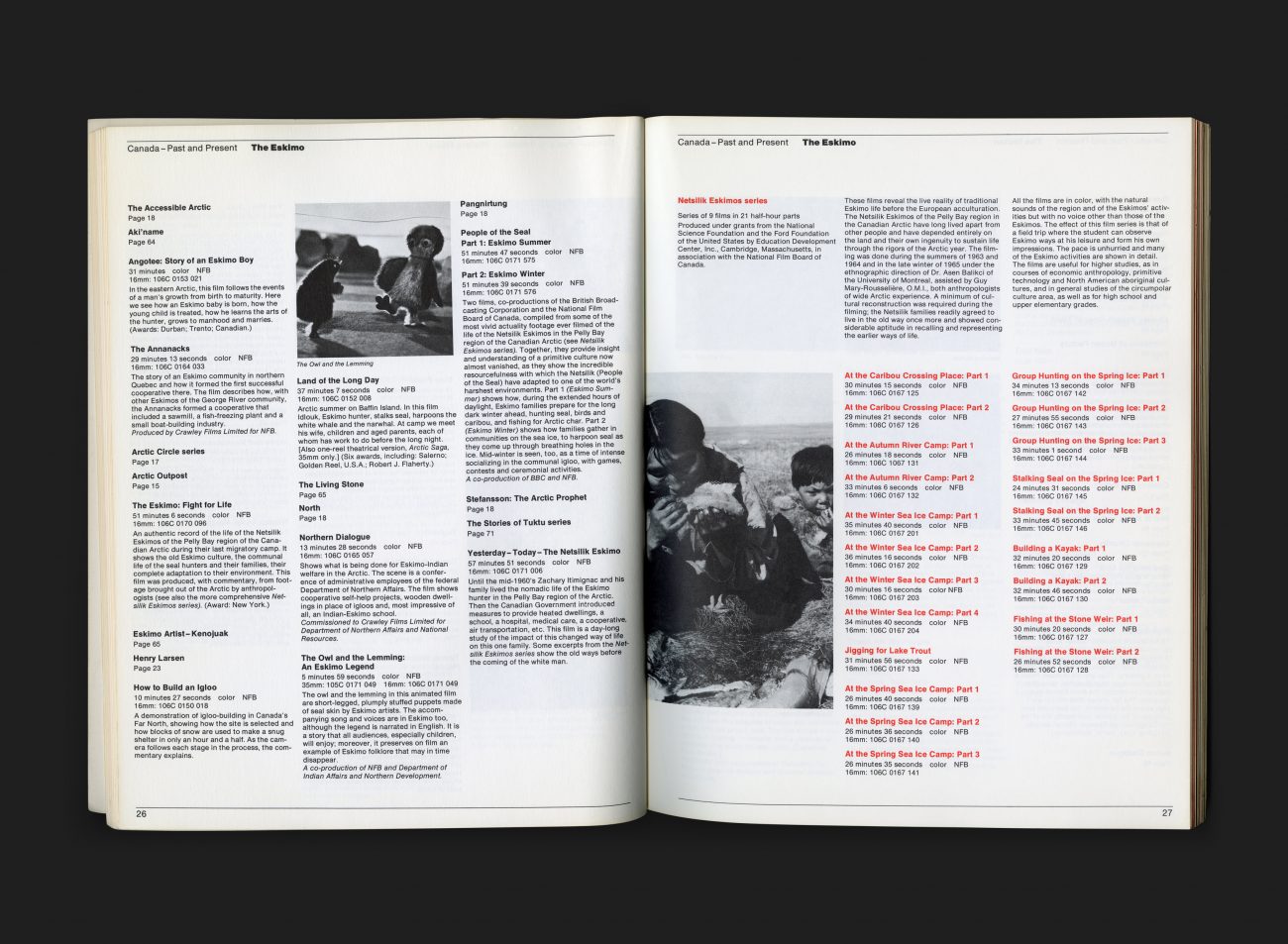 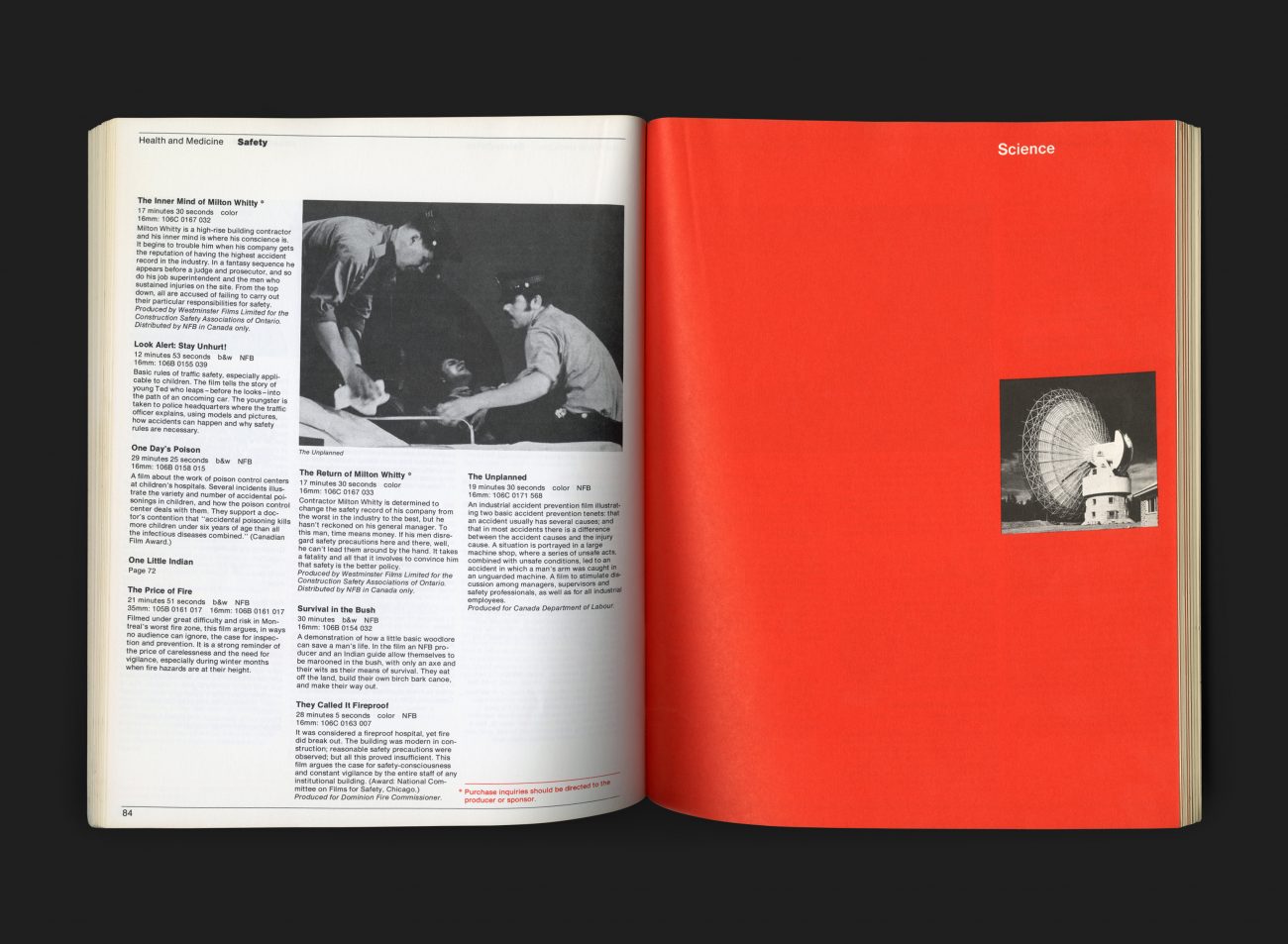 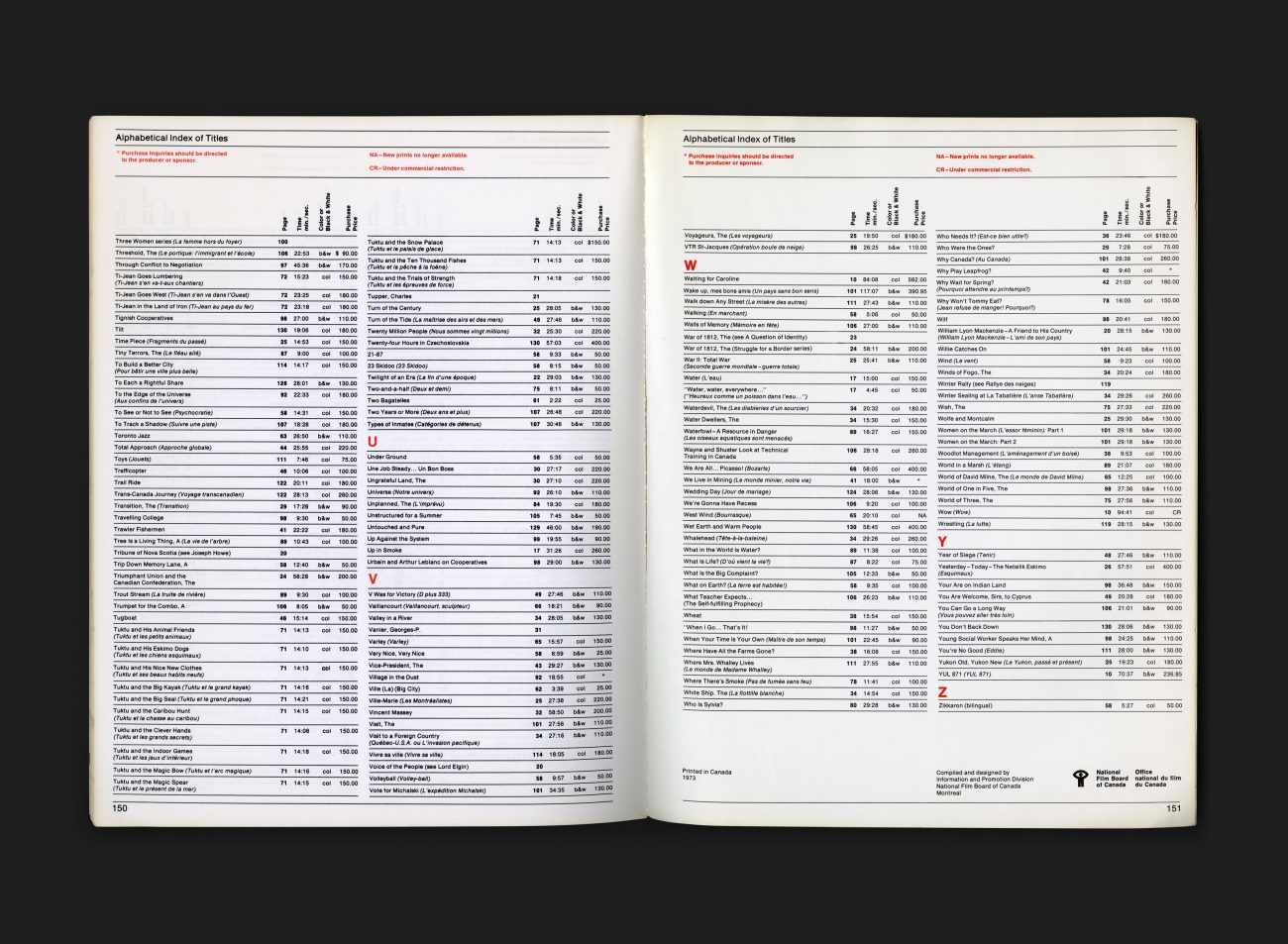 Client: National Film Board of Canada

The National Film Board was established in 1939 by Act of Parliament. At the time of publication it was Canada’s official film-maker and distributor, and today still remains the face of Canadian public film and digital media production and distribution. Films typically relate to the common interests of Canadians and the interests they share with people in other countries around the world. This catalogue is broken into 10 sub-sections revealing the Canadian endeavor, the Canadian scene and the Canadian outlook on the world: Canada — The Land, Canada — Past & Present, Canada — Industry, Canada — National Defence, Creative Arts, Health and Medicine, Science, Social Science, Sports and Recreation, The World Around.

This piece was designed in-house at the National Film Board of Canada. It is assumed, at the time of posting, that is is the work of graphic designer Pierre Fontaine (who produced several other pieces around this time with a very similar aesthetic). The striking cover is dominated a composition created of several overlapping images of 16mm film reels, each a different colour or shade. The result produces an arresting sense of motion and evokes a diverse range of content. The insides, whist more restrained and typographically driven, is confidently set on a 6 column grid in Helvetica and printed in red and black ink throughout.