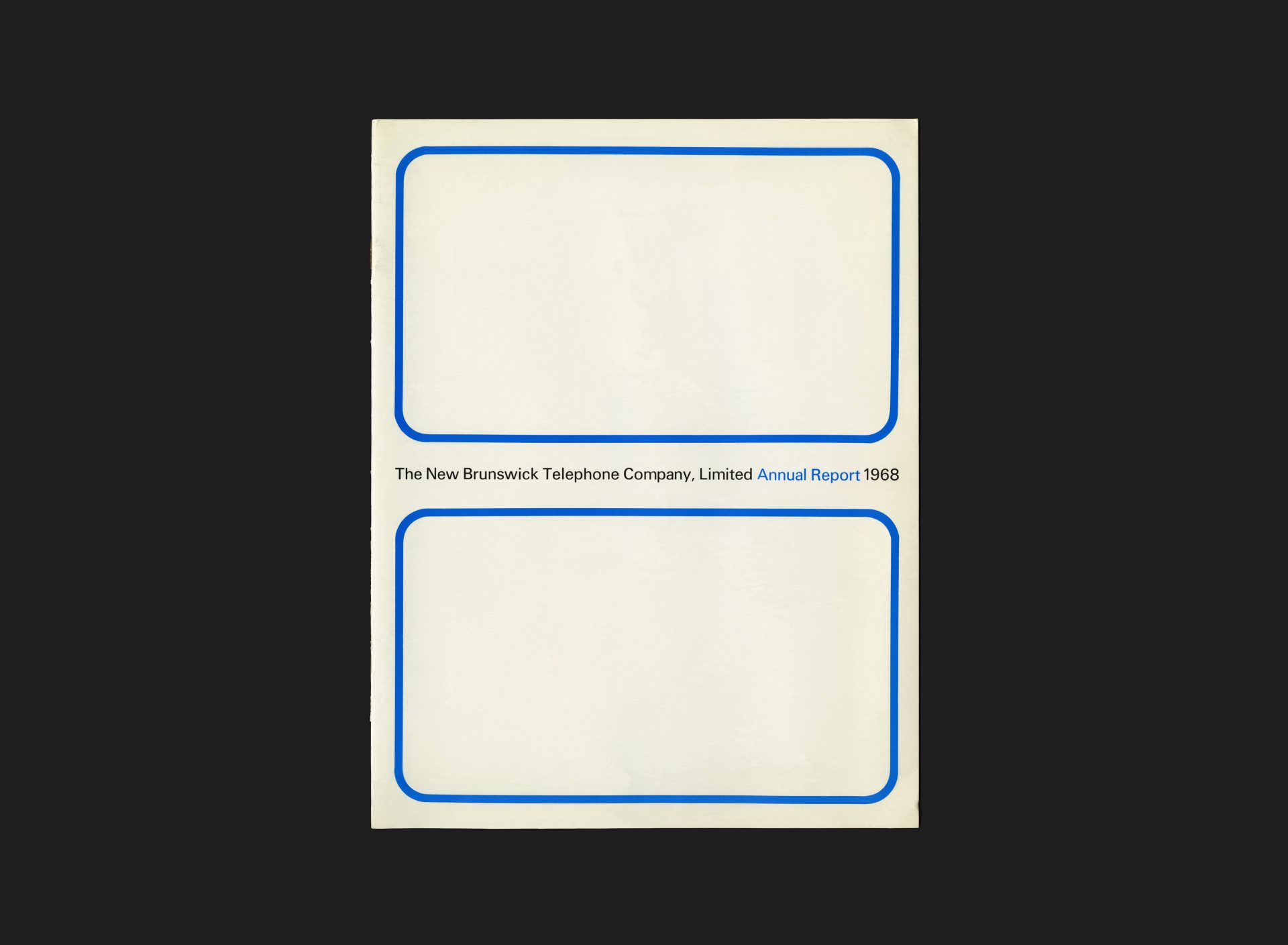 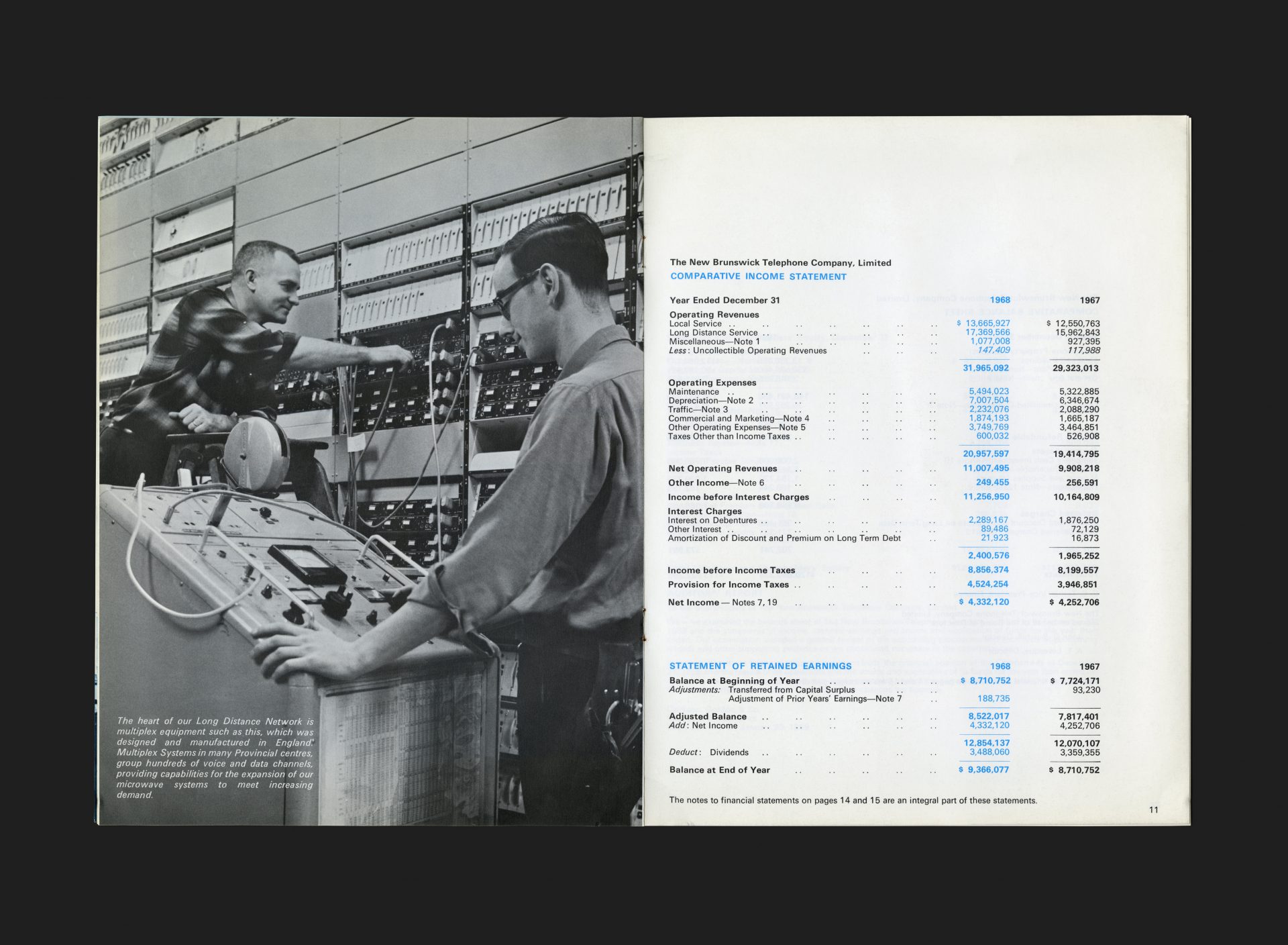 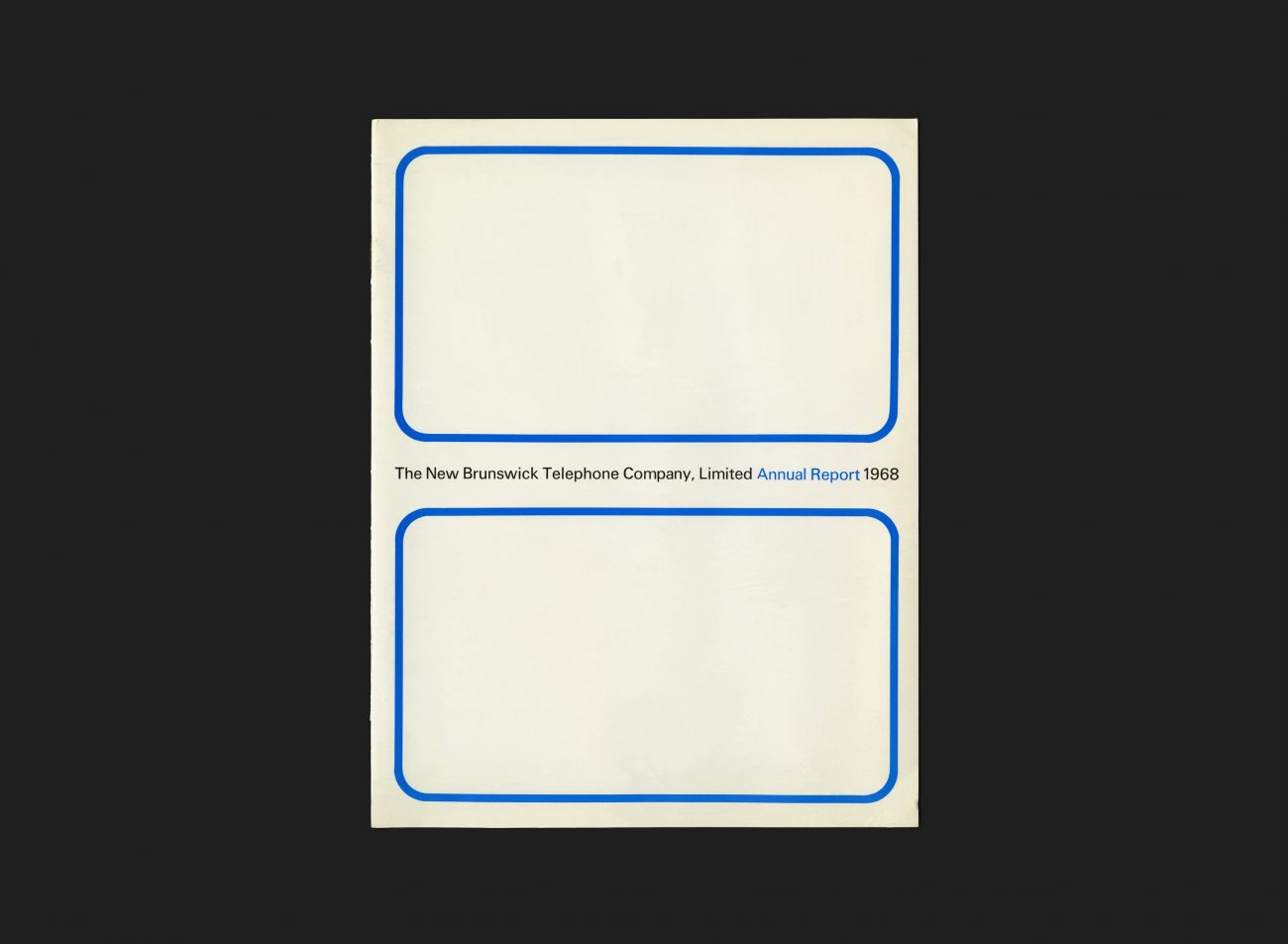 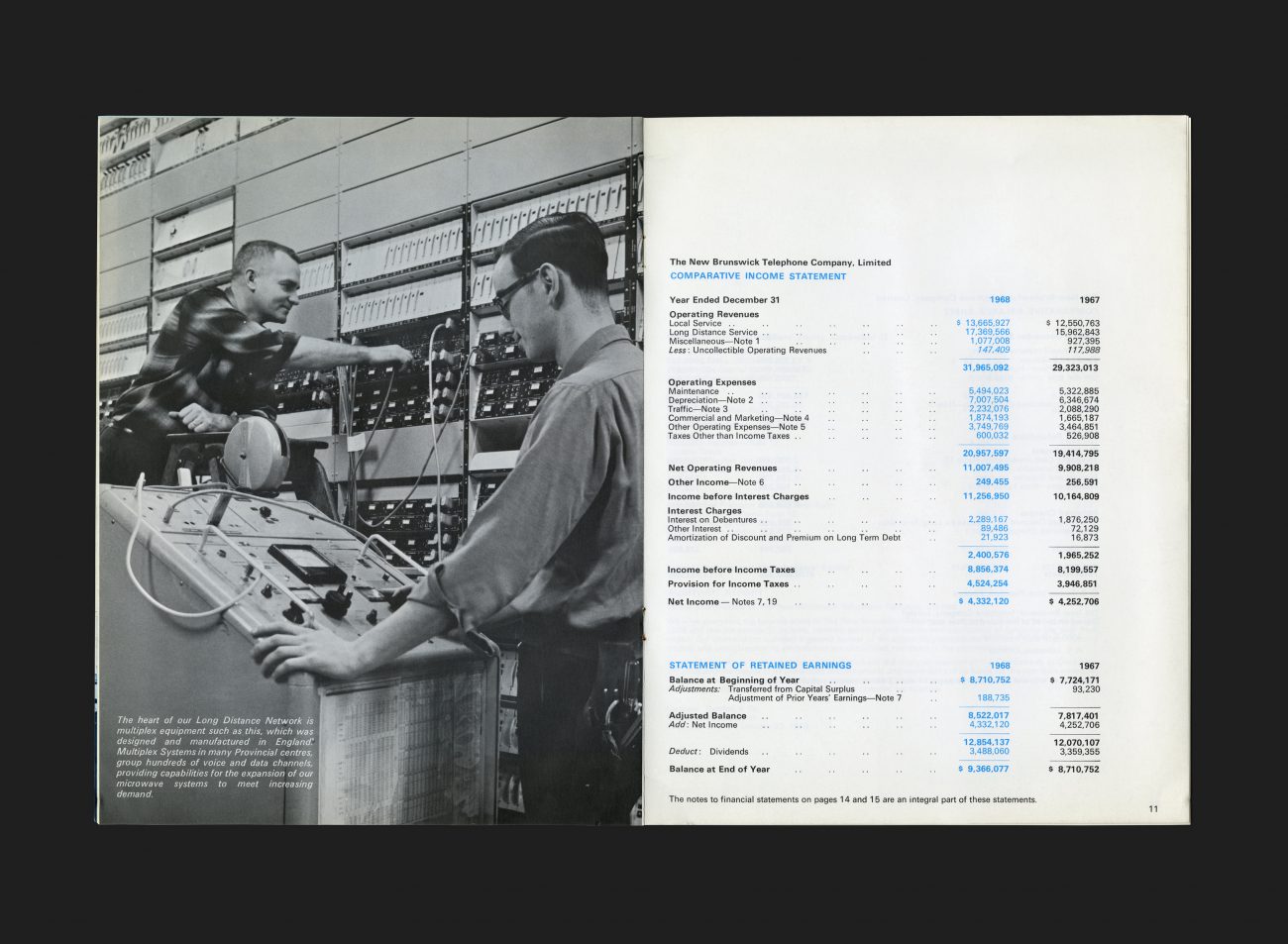 The design of this annual report in 1969 is uncredited, so it is undetermined if Ernst Roch had any part to play in its creation or direction. Whilst the cover is suitably minimal, with Roch’s signature Univers used throughout, the inside does not display the same level of typographic rigour one might expect of him — albeit it perfectly handsome in areas. The piece is printed in black and blue ink throughout and is a self-cover booklet displaying the typical financial records and achievements over the year.