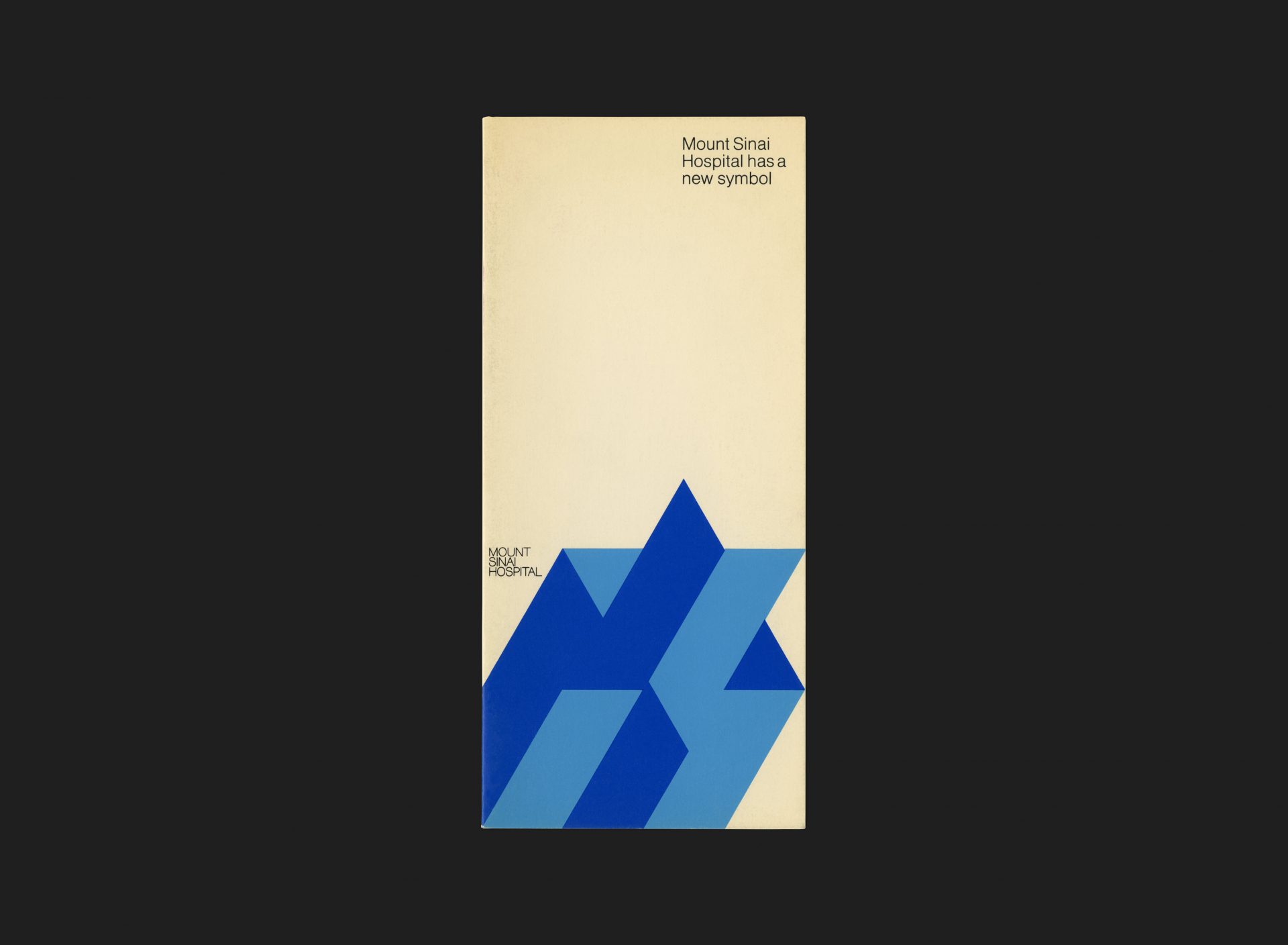 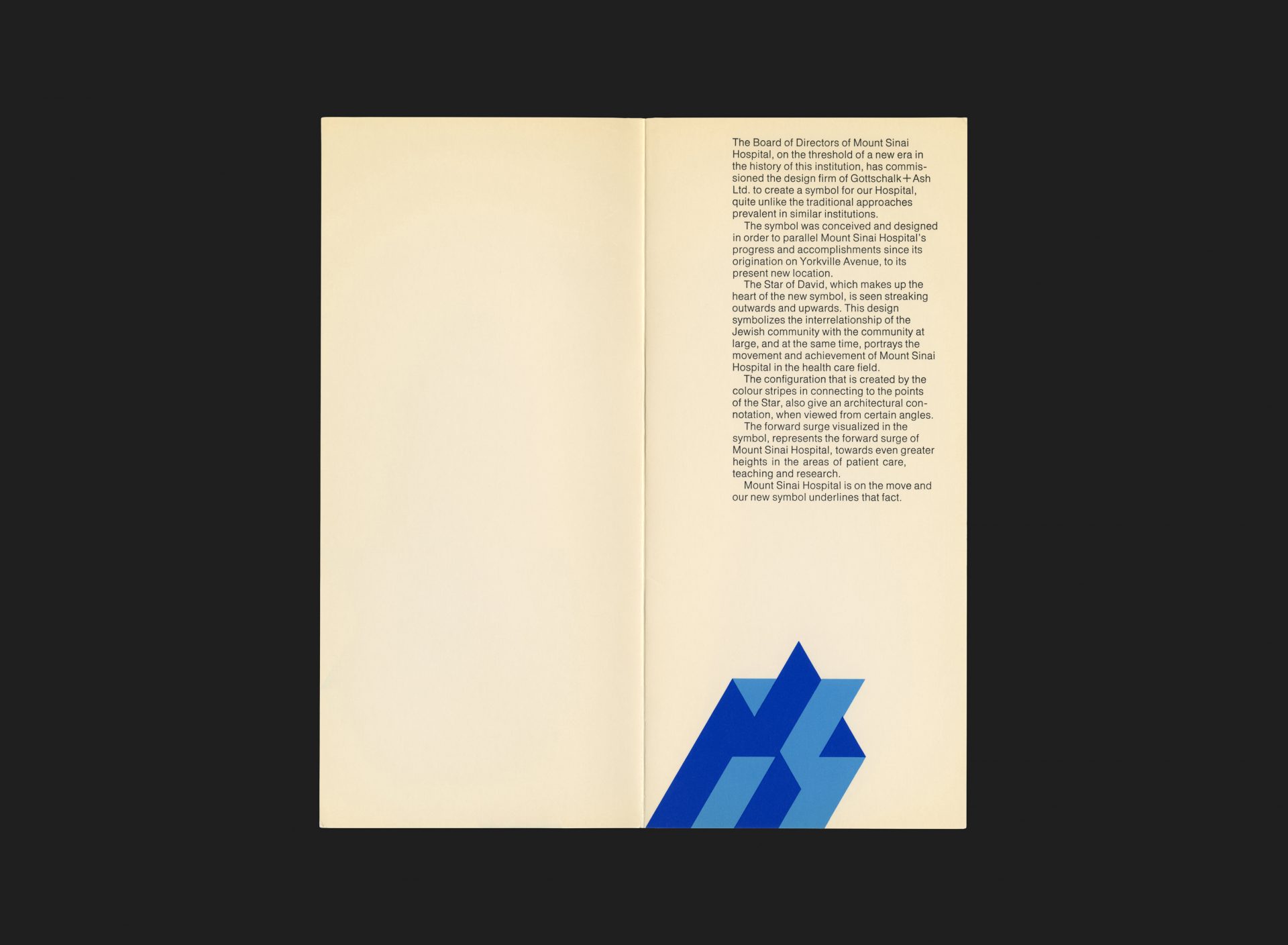 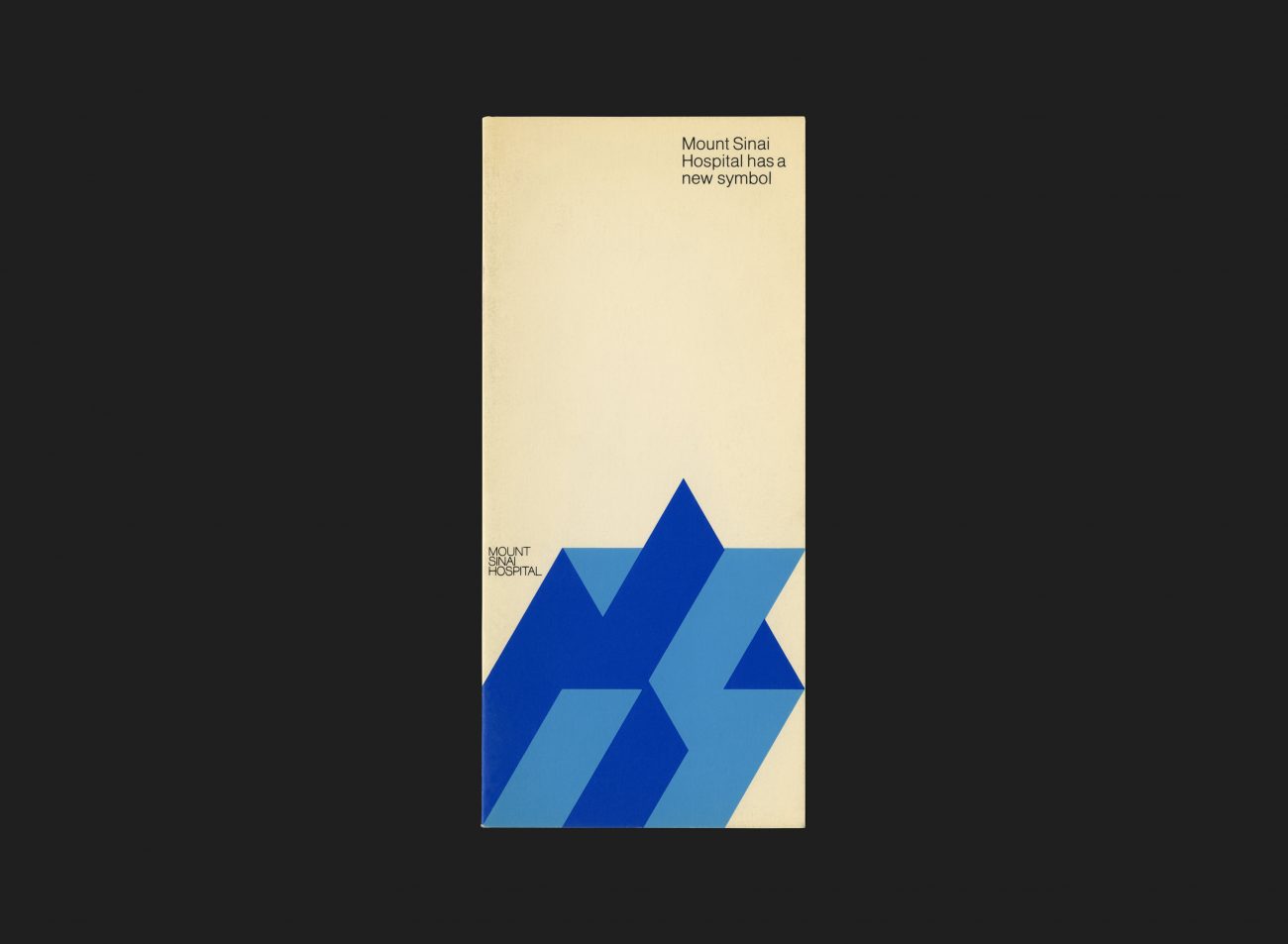 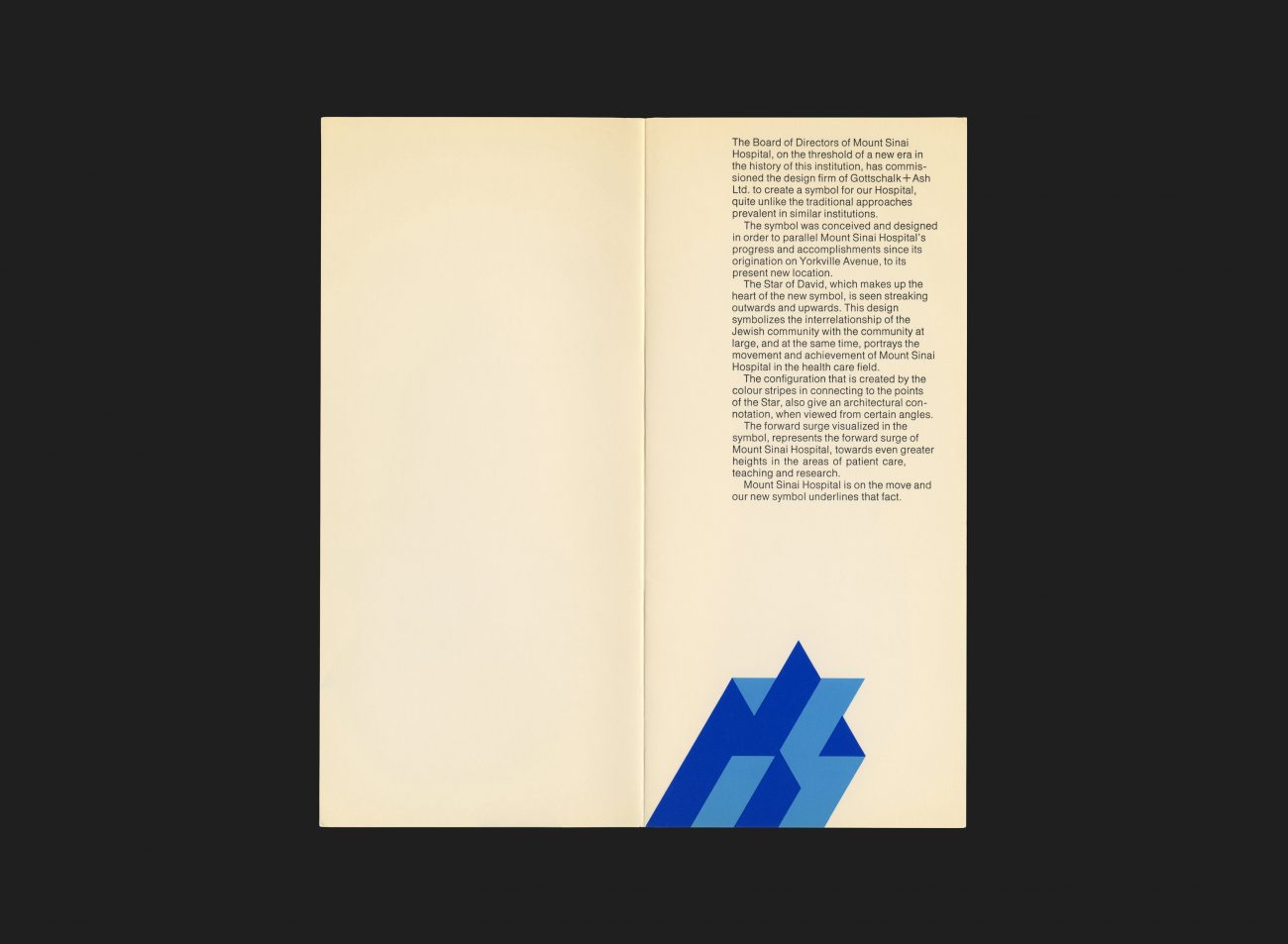 The story of Mount Sinai Hospital began life in 1913 when four immigrant women from Toronto’s Jewish community started knocking on neighbourhood doors to raise money for a new hospital. 10 years later, in 1923, The Hebrew Maternity and Convalescent Hospital (as it was originally called) opened its doors on Yorkville Avenue.

In 1973 the Hospital moved from 550 to 600 University Avenue, in what is called the Joseph and Wolf Lebovic Health Complex. As part of this move G+A were appointed to redesign the Hospital’s identity, and part of that project included this announcement to publicise the new symbol and explain some of the rationale behind its design.

From the contents: “The Star of David, which makes up the heart of the new symbol, is seen streaking outwards and upwards. This design symbolizes the interrelationship of the Jewish community with the community at large, and at the same time, portrays the movement and achievement of Mount Sinai Hospital in the health care field.”