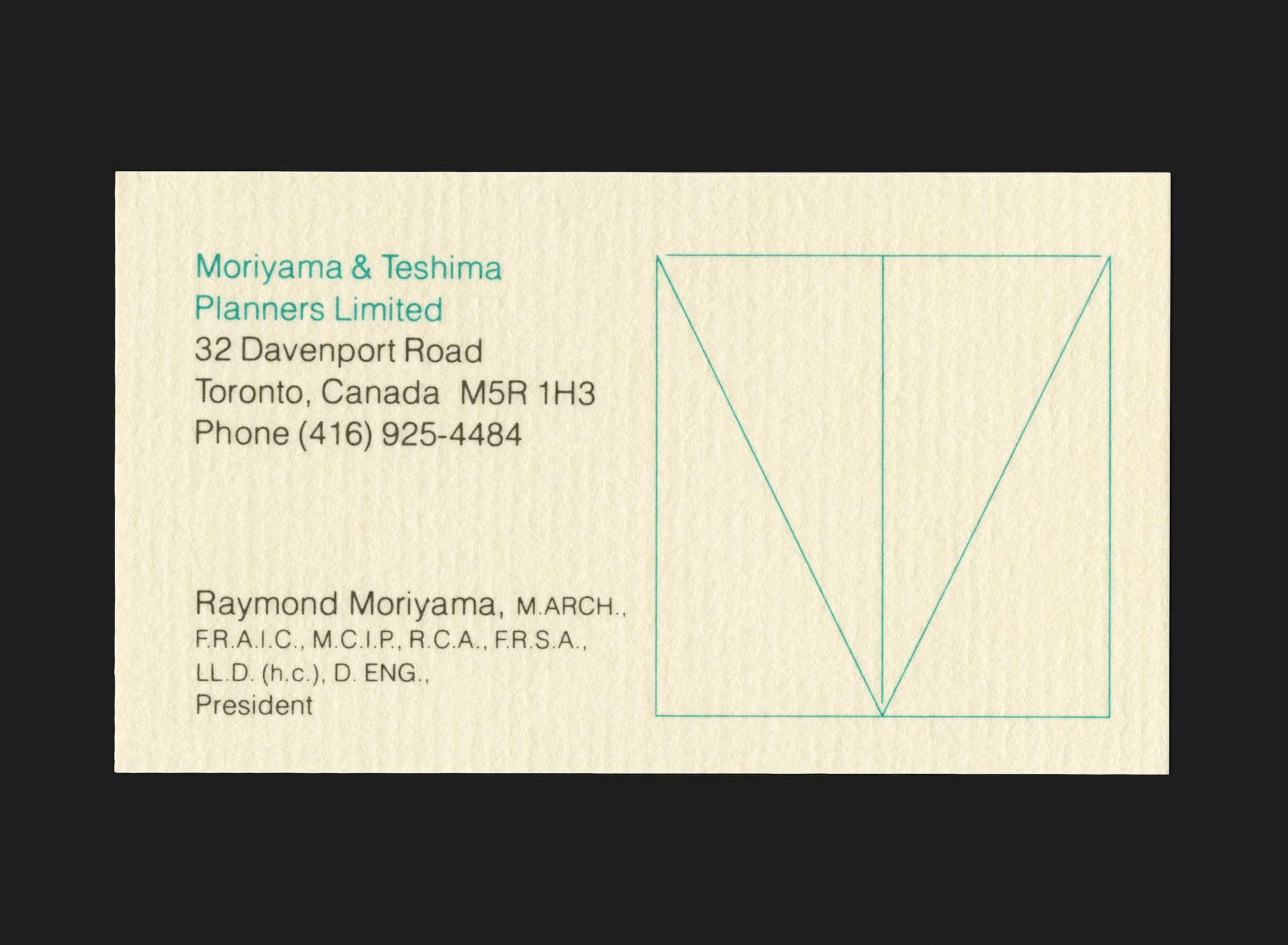 They formed their partnership in 1970, for which Donoahue adapted his existing logo for Moriyama (originally just the ‘M’ in an enclosing rectangle). Fortunately the inclusion of the T retains the simplicity and symmetry of the original form. It has a Japanese-inspired lightness and technical feel.

Moriyama & Teshima Planners Ltd specialises in landscape architecture, urban design and environmental planning. Both this firm and Moriyama Teshima Architects have retained Donoahue’s logo, albeit in a supporting capacity.