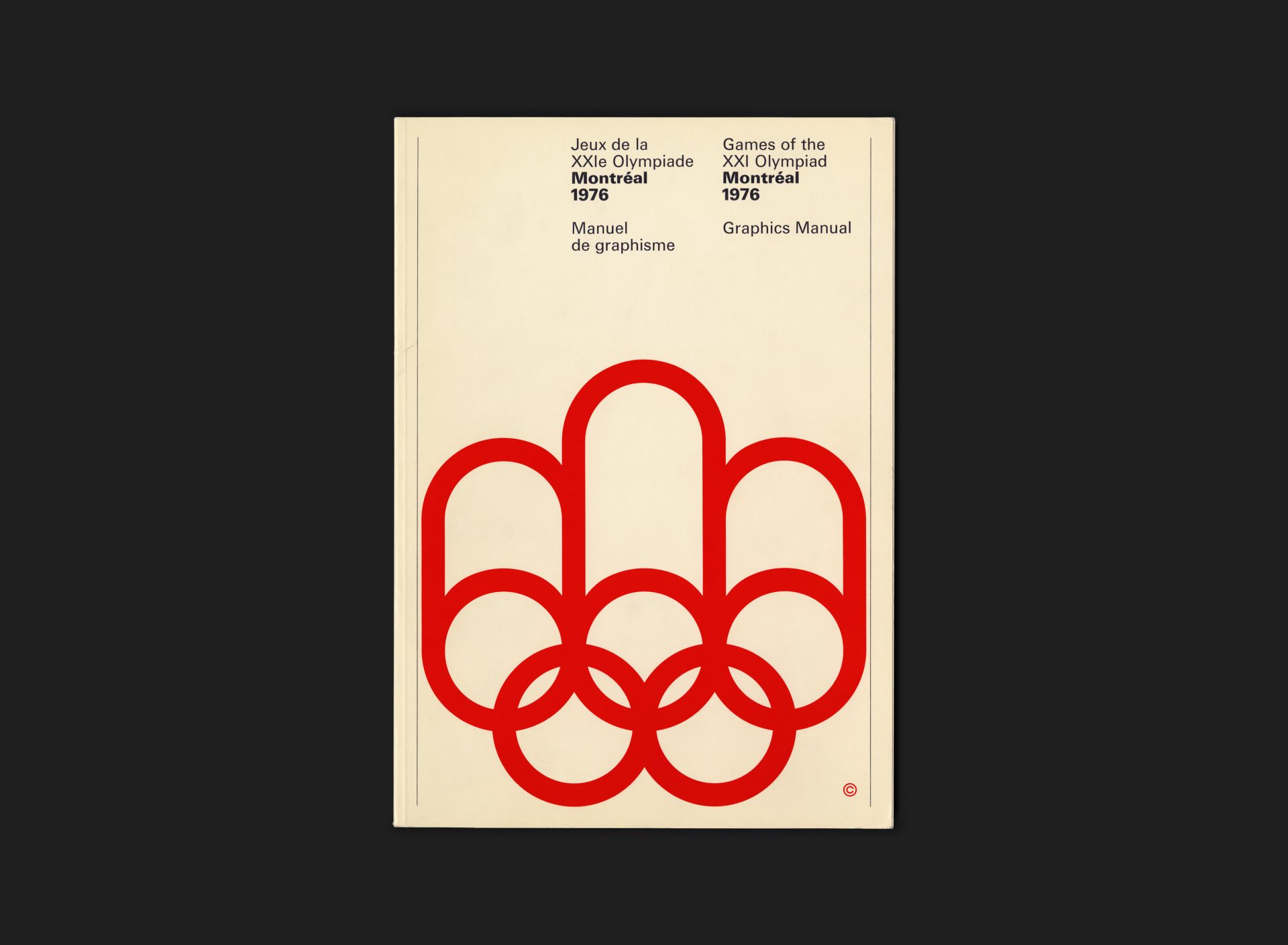 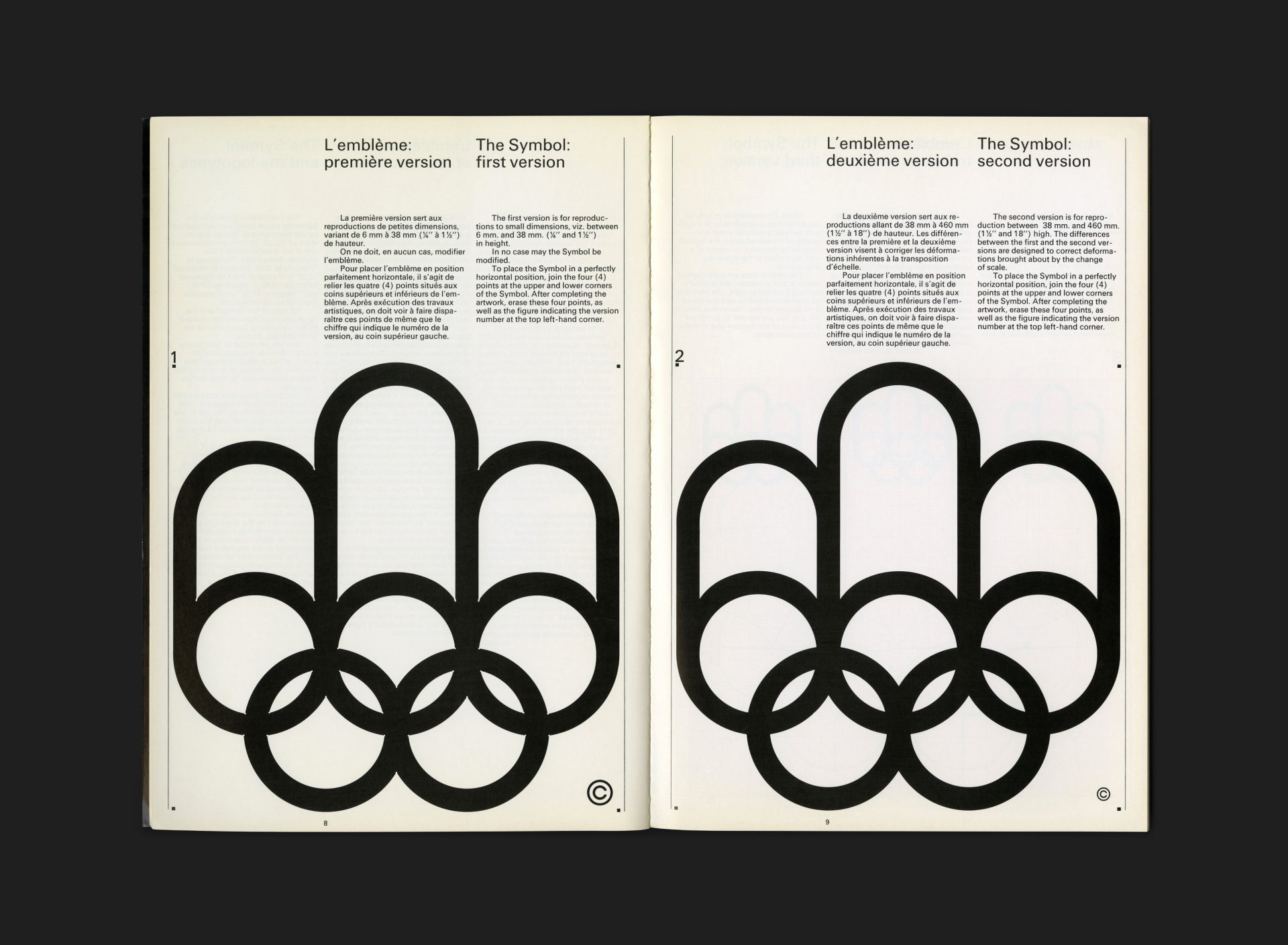 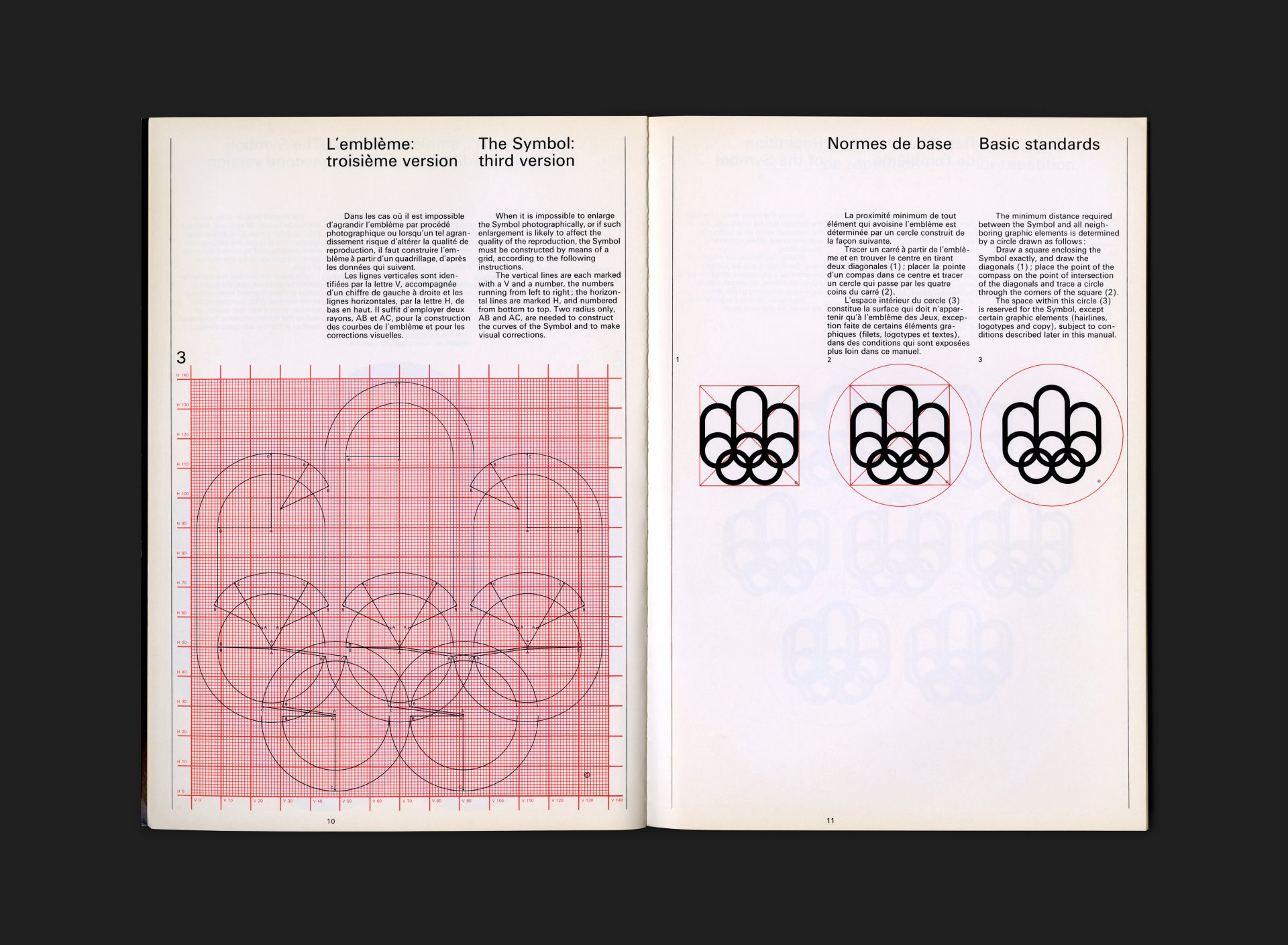 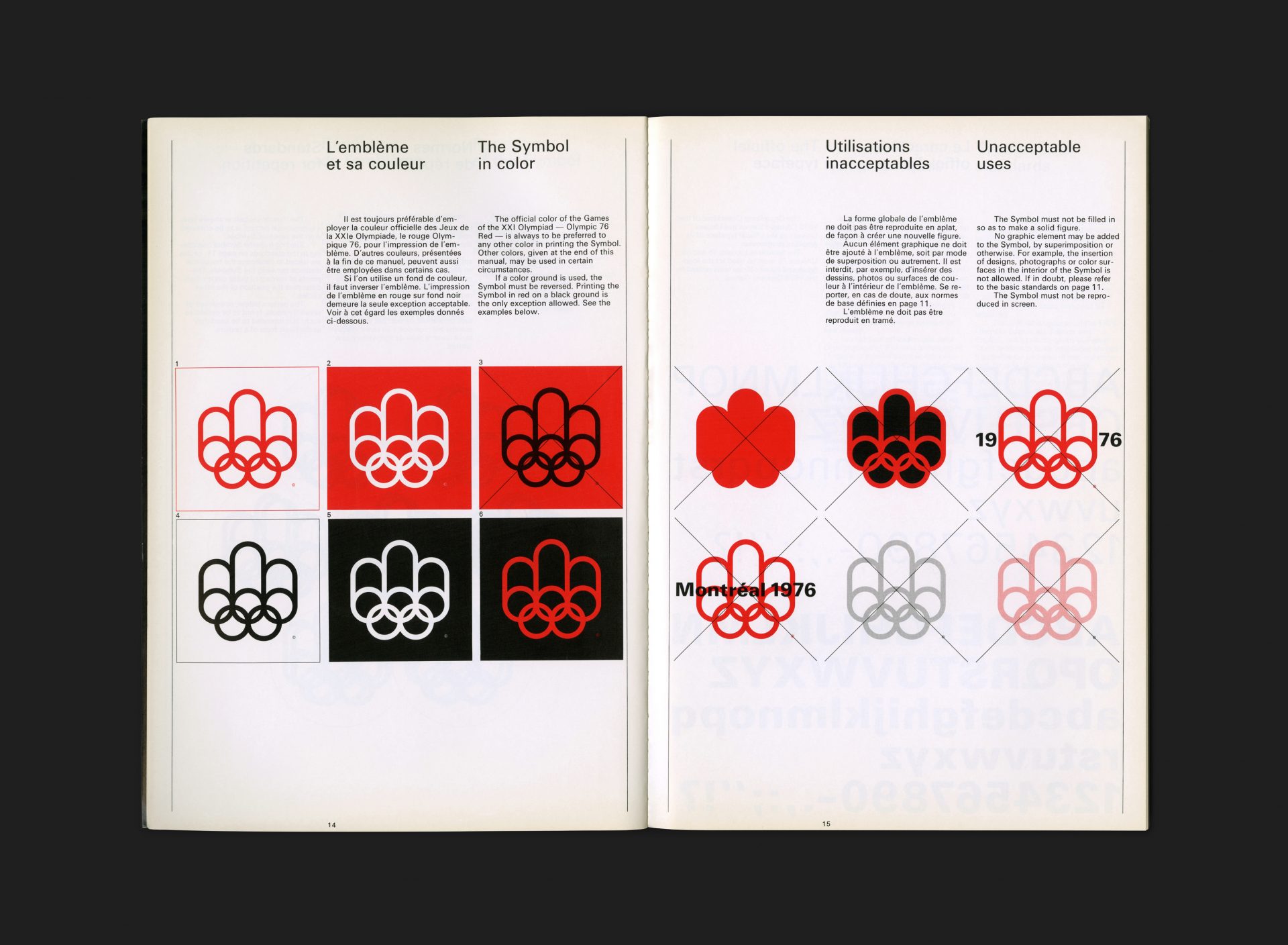 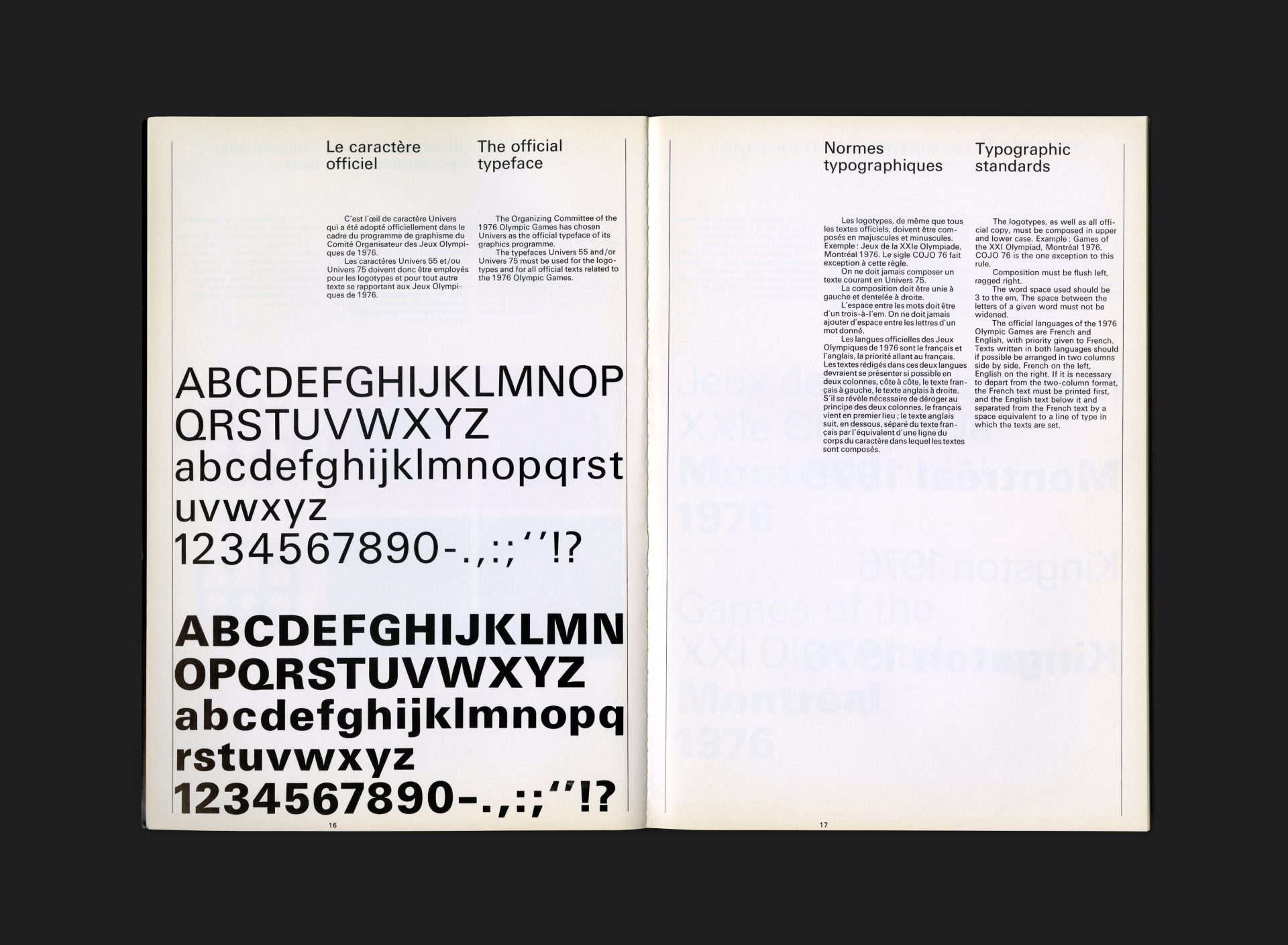 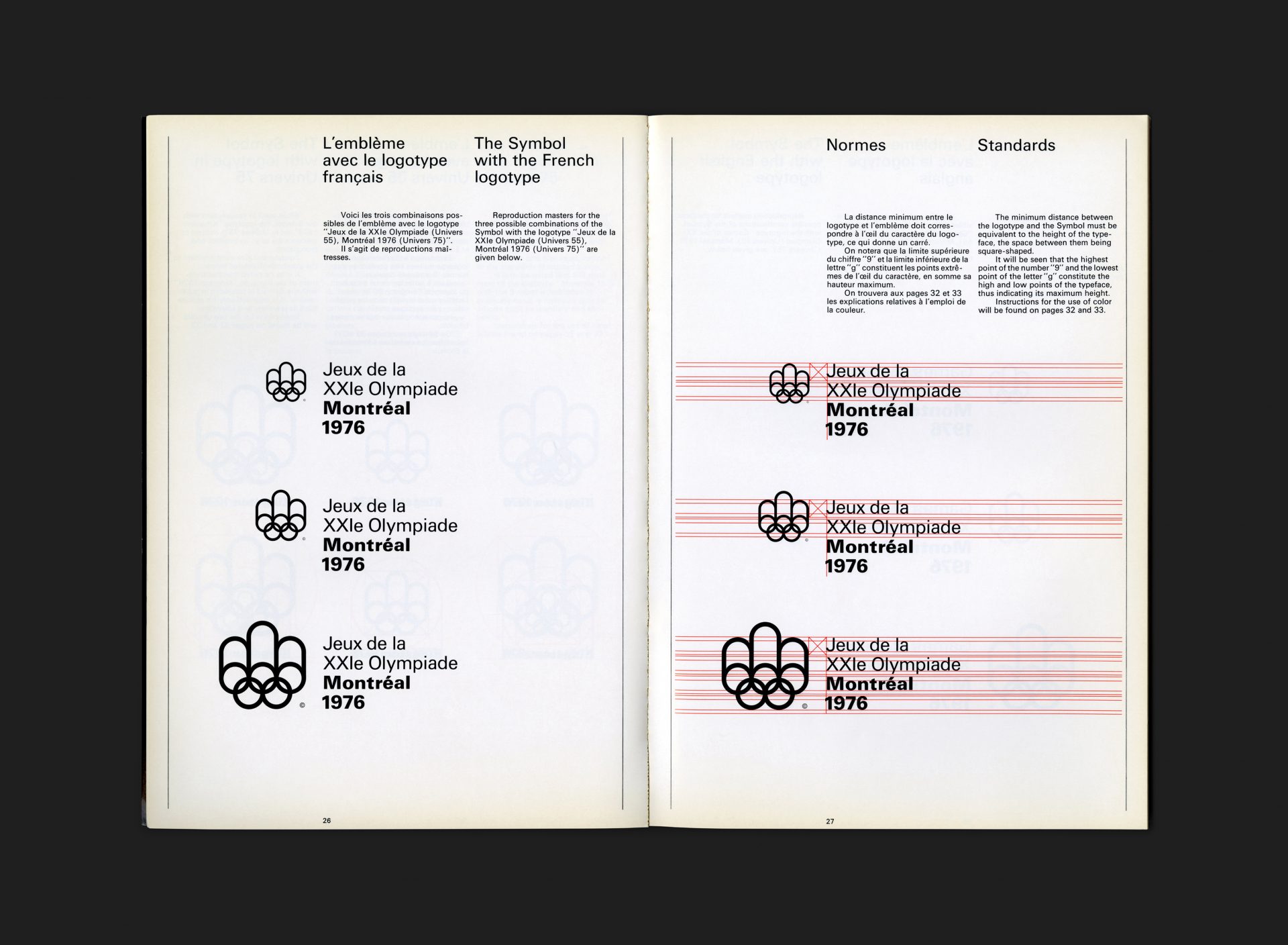 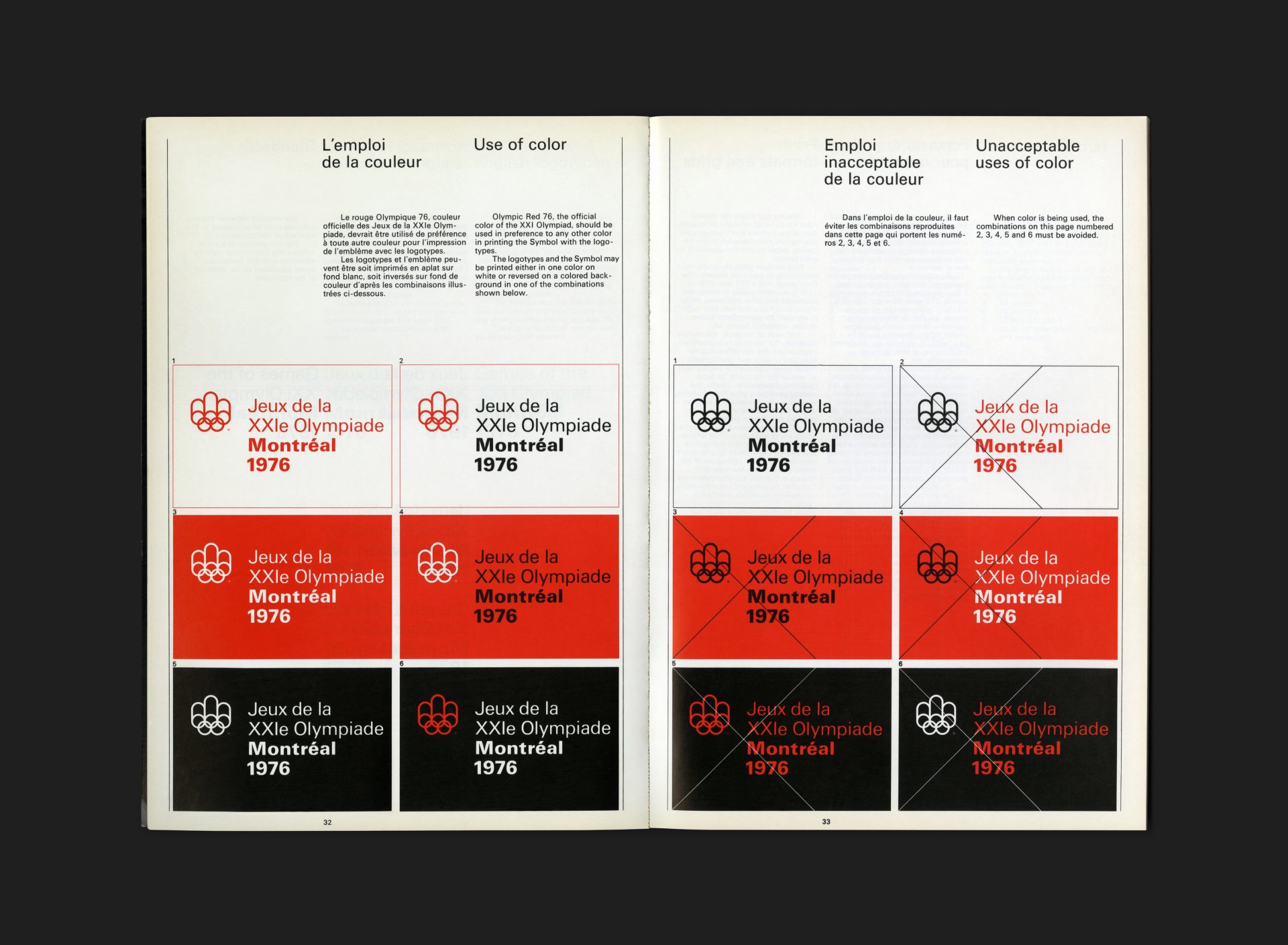 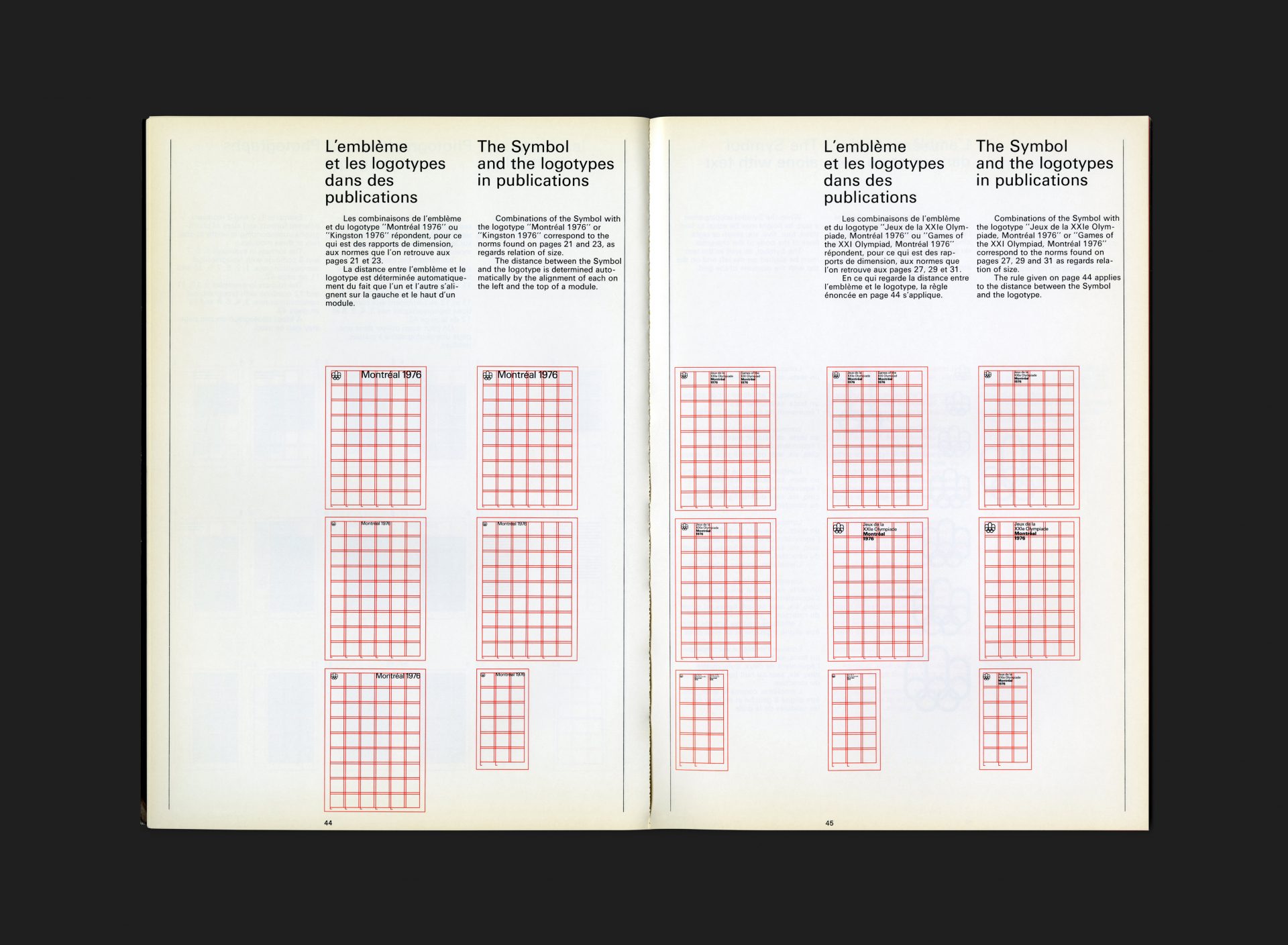 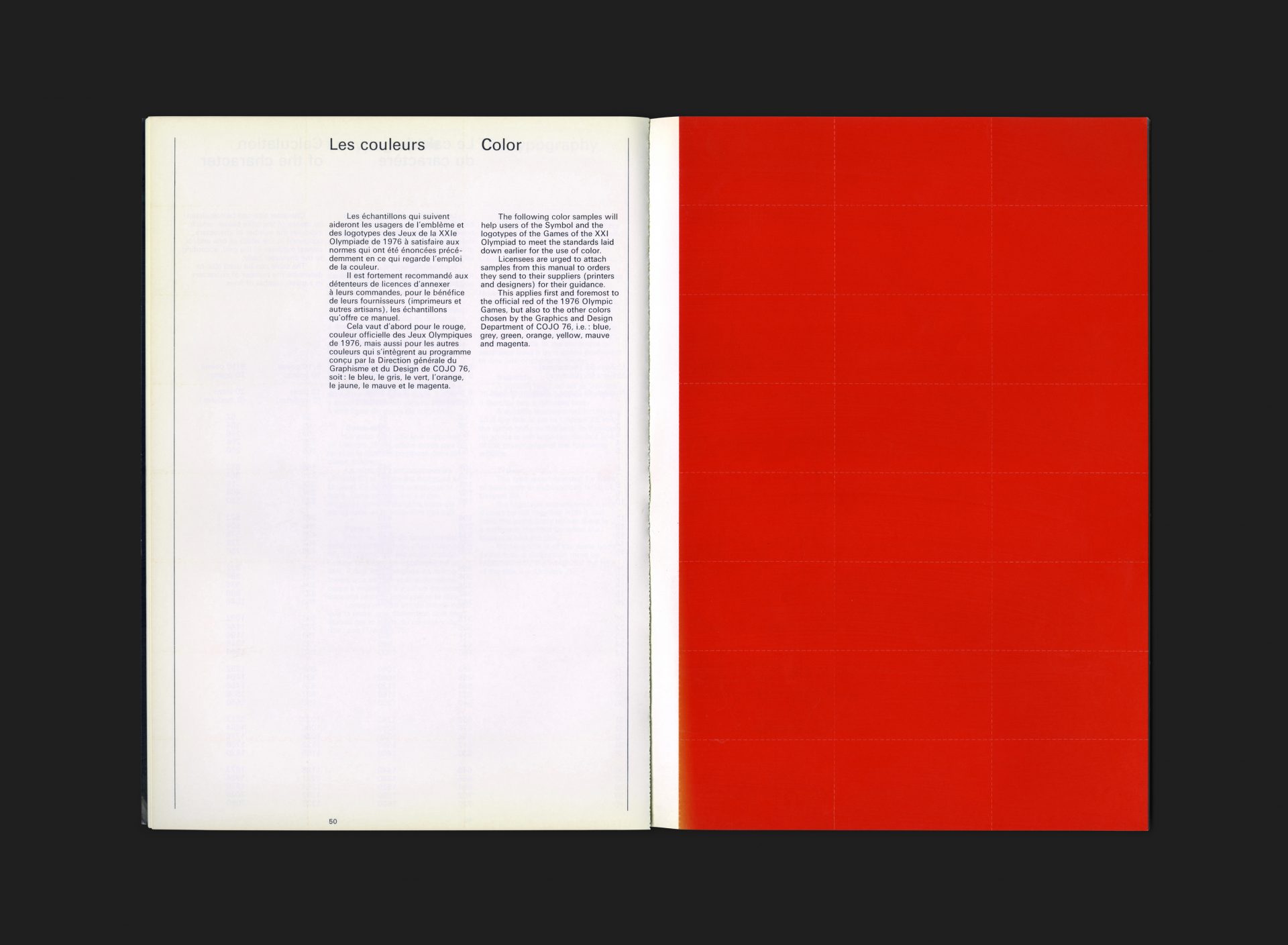 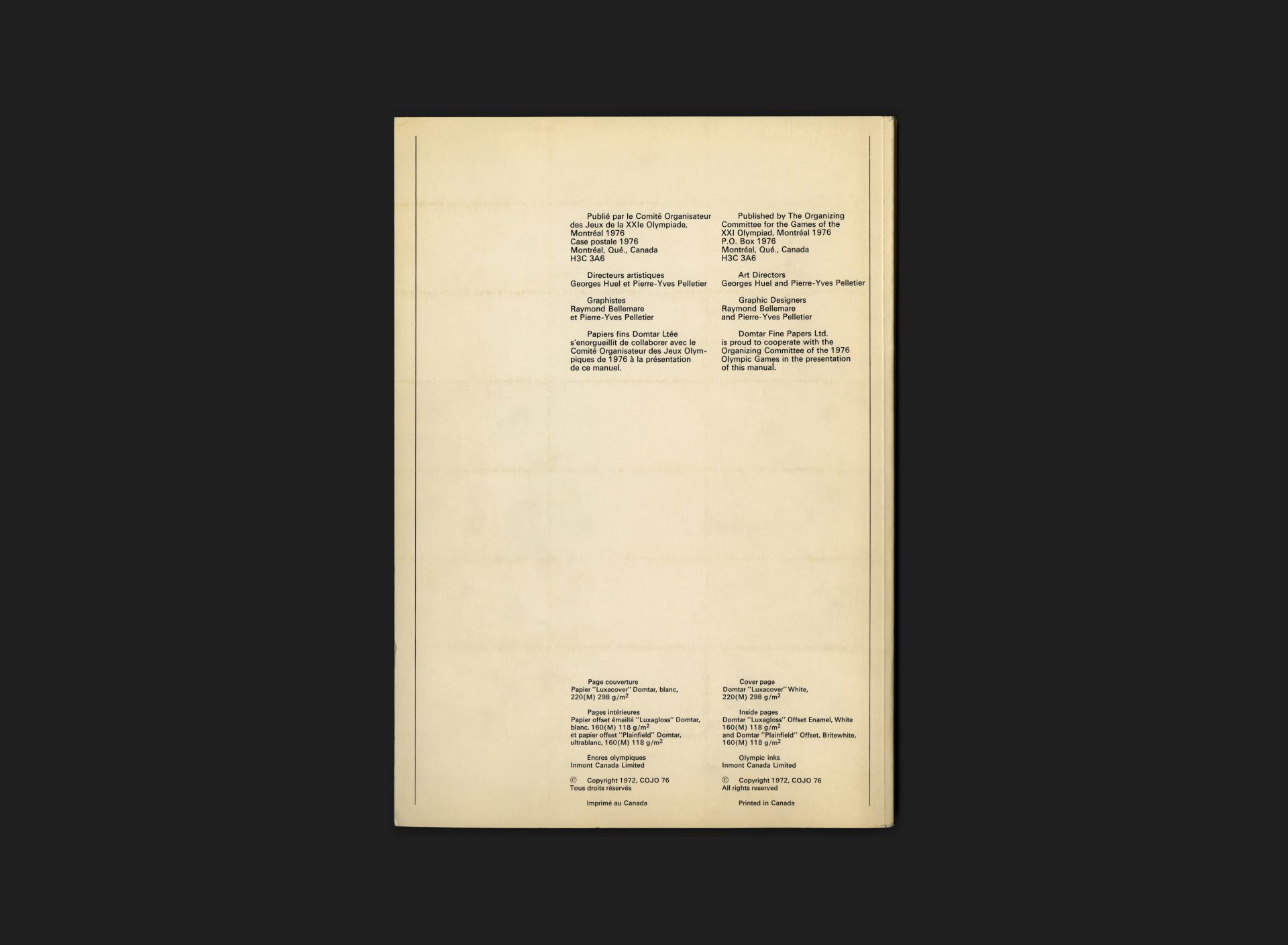 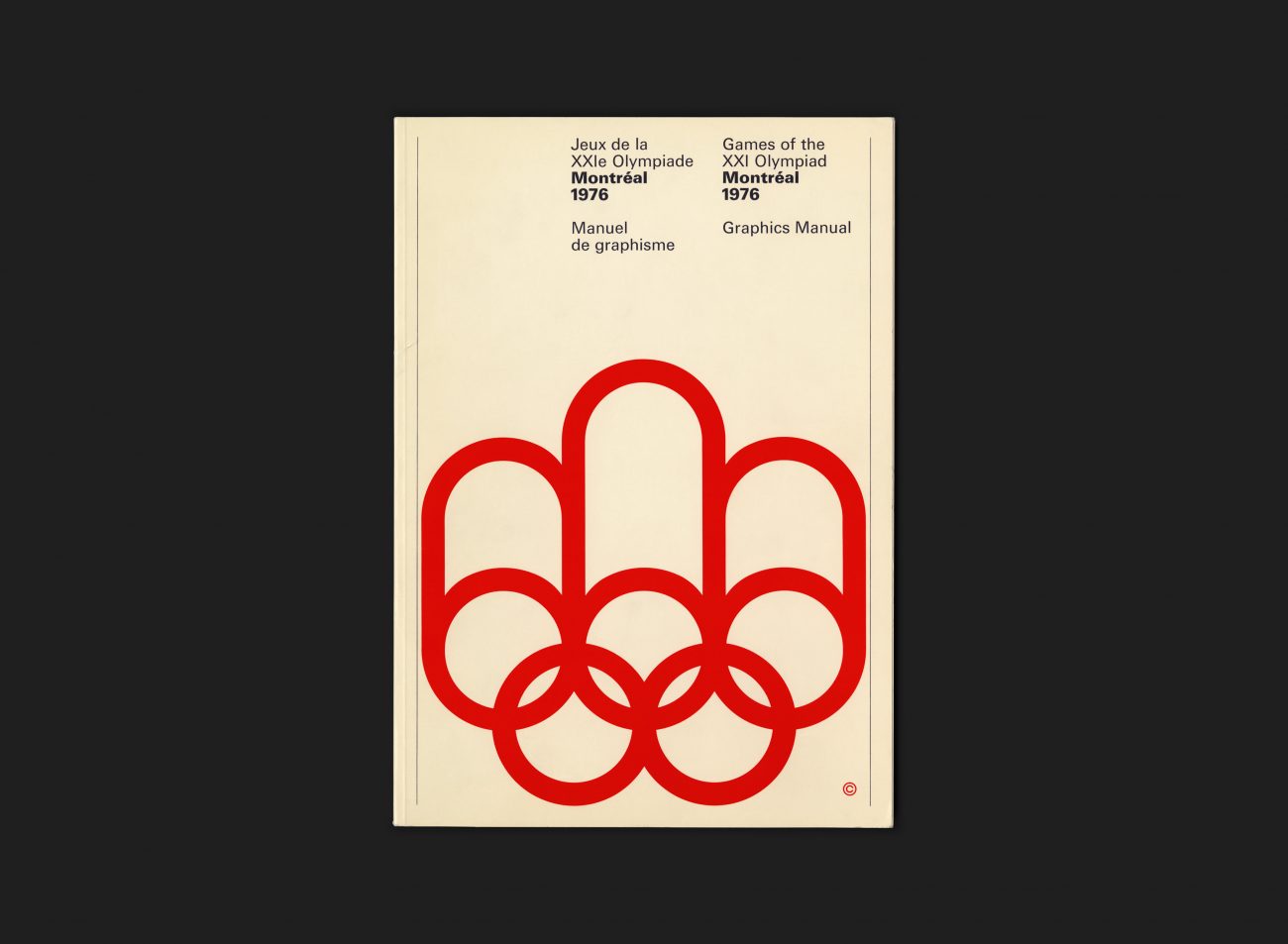 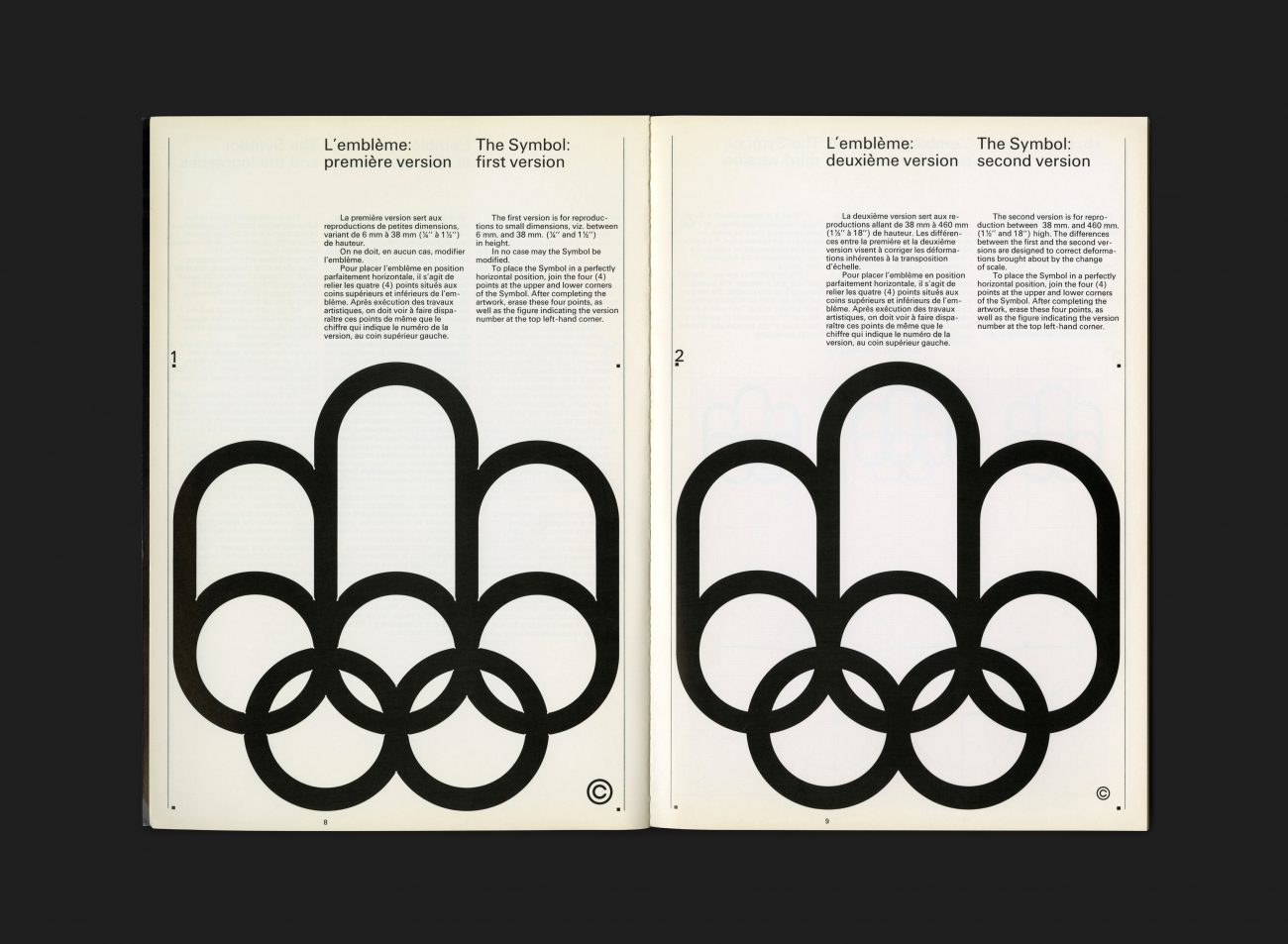 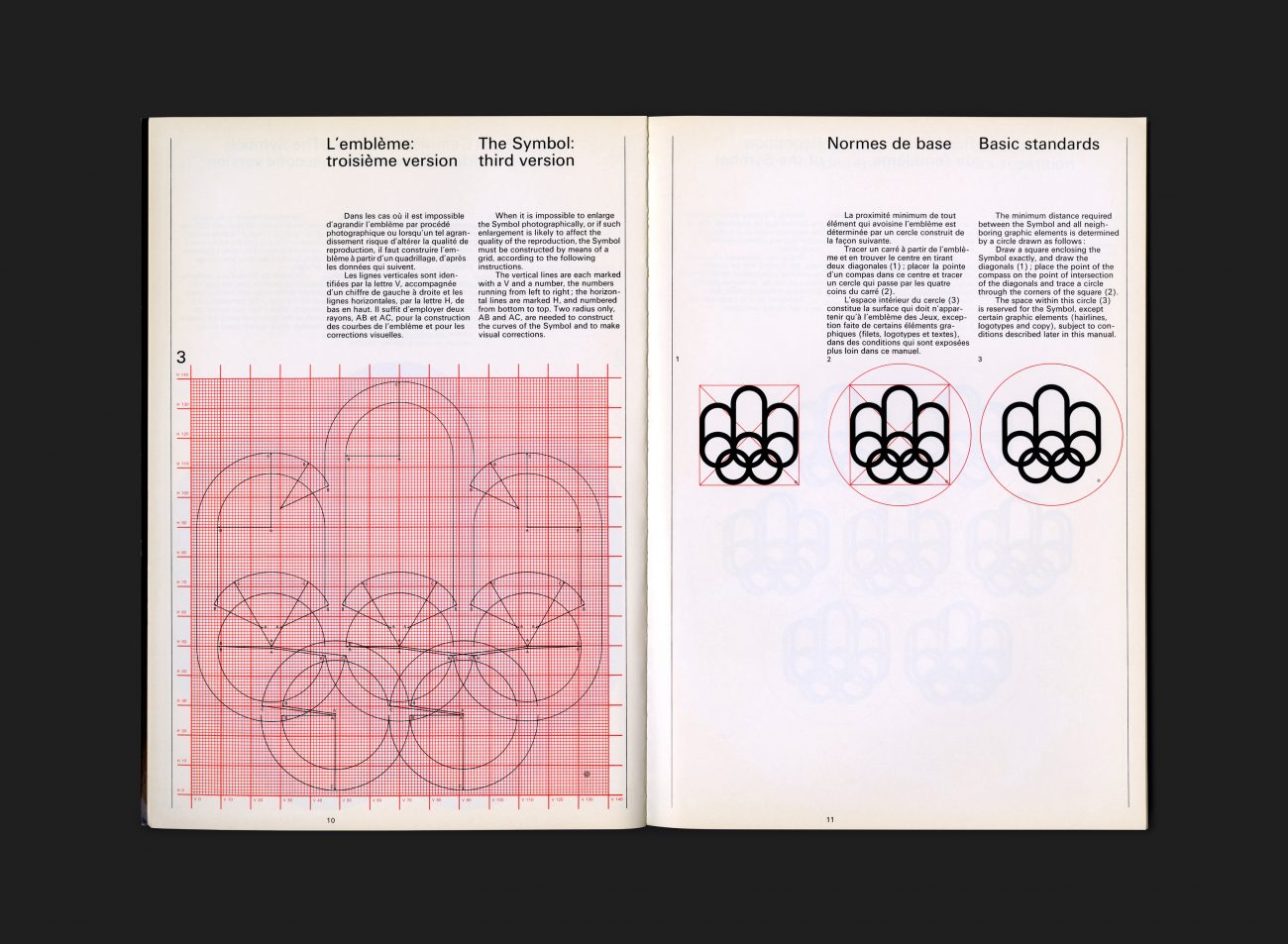 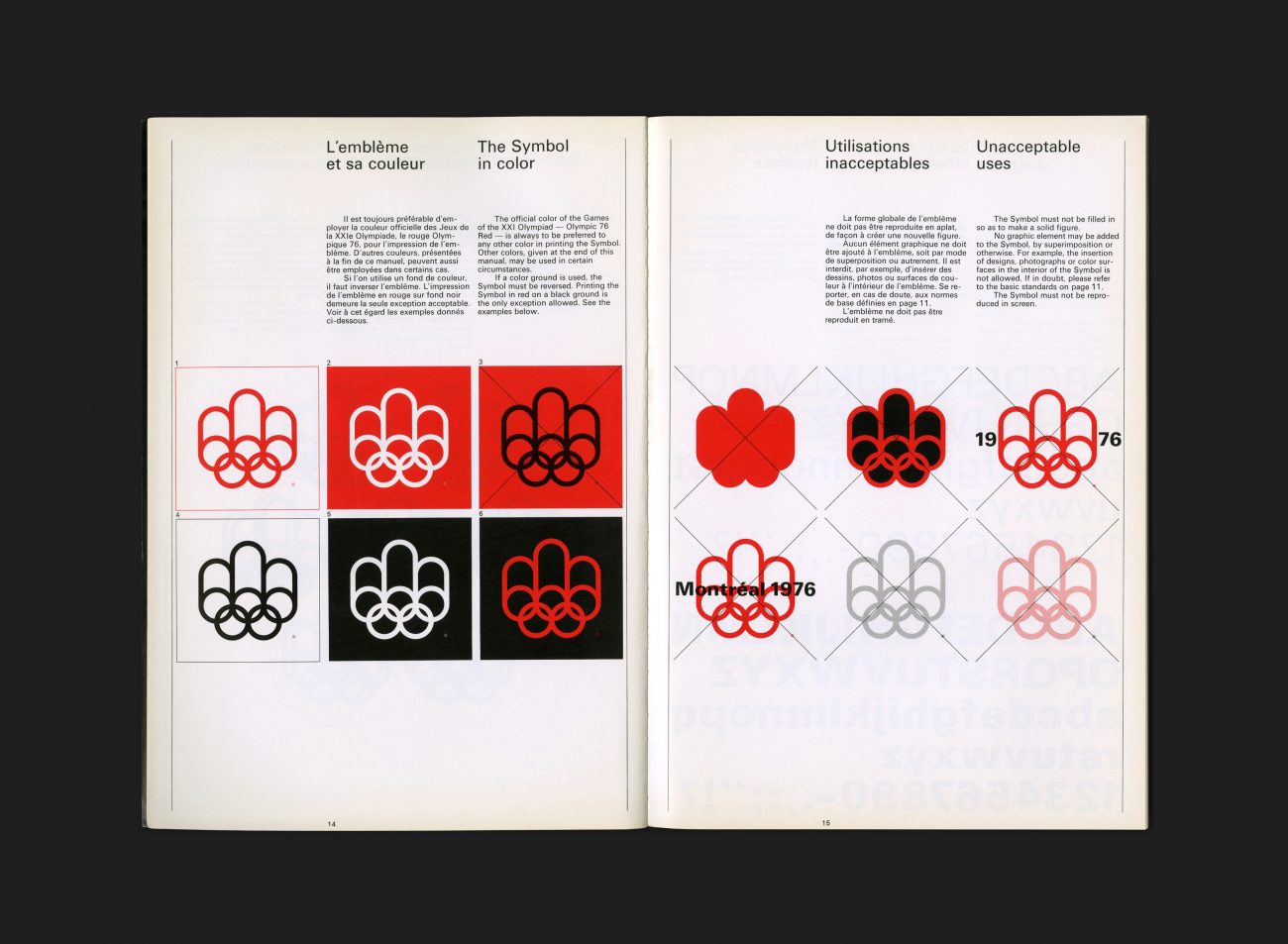 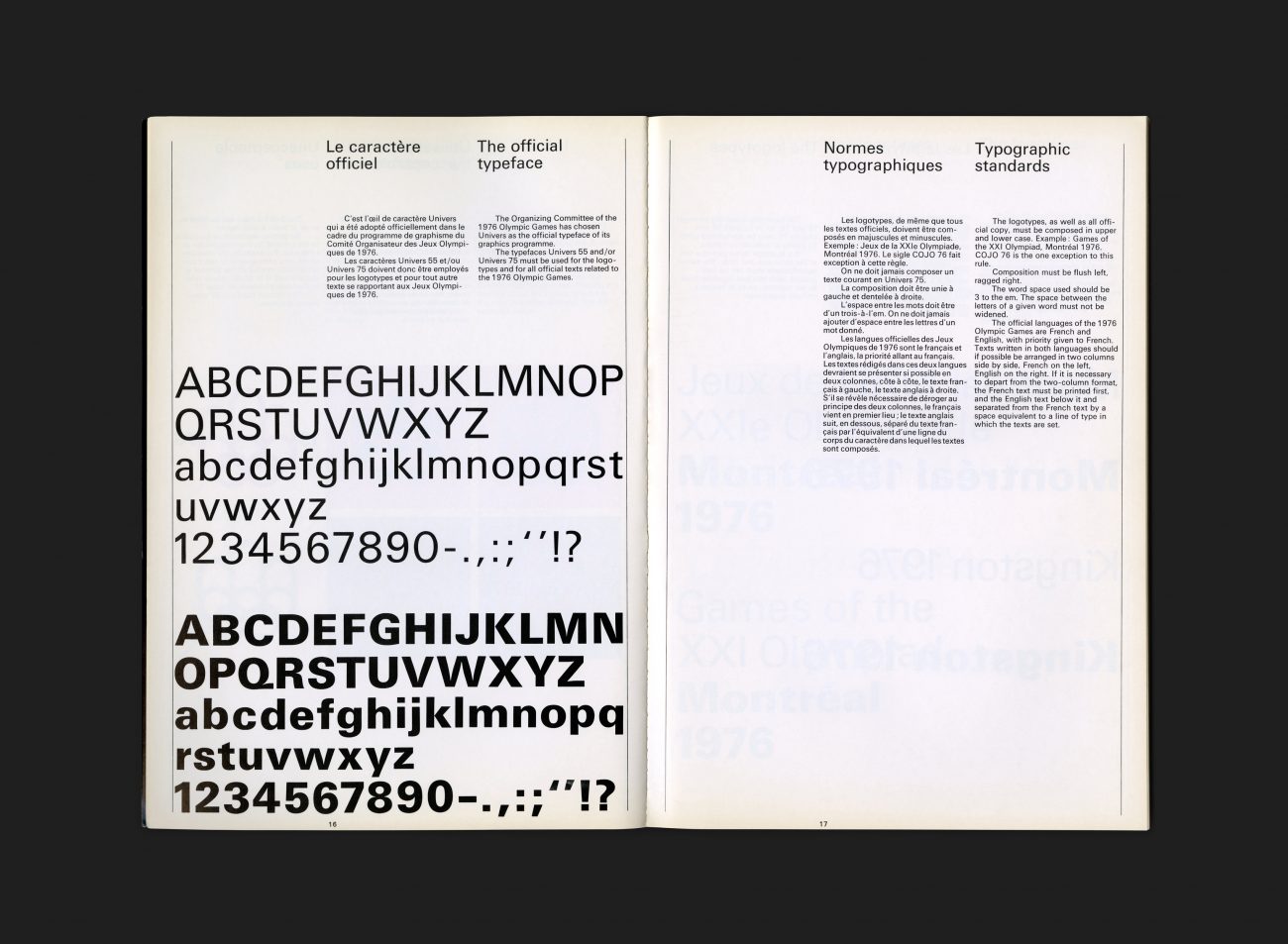 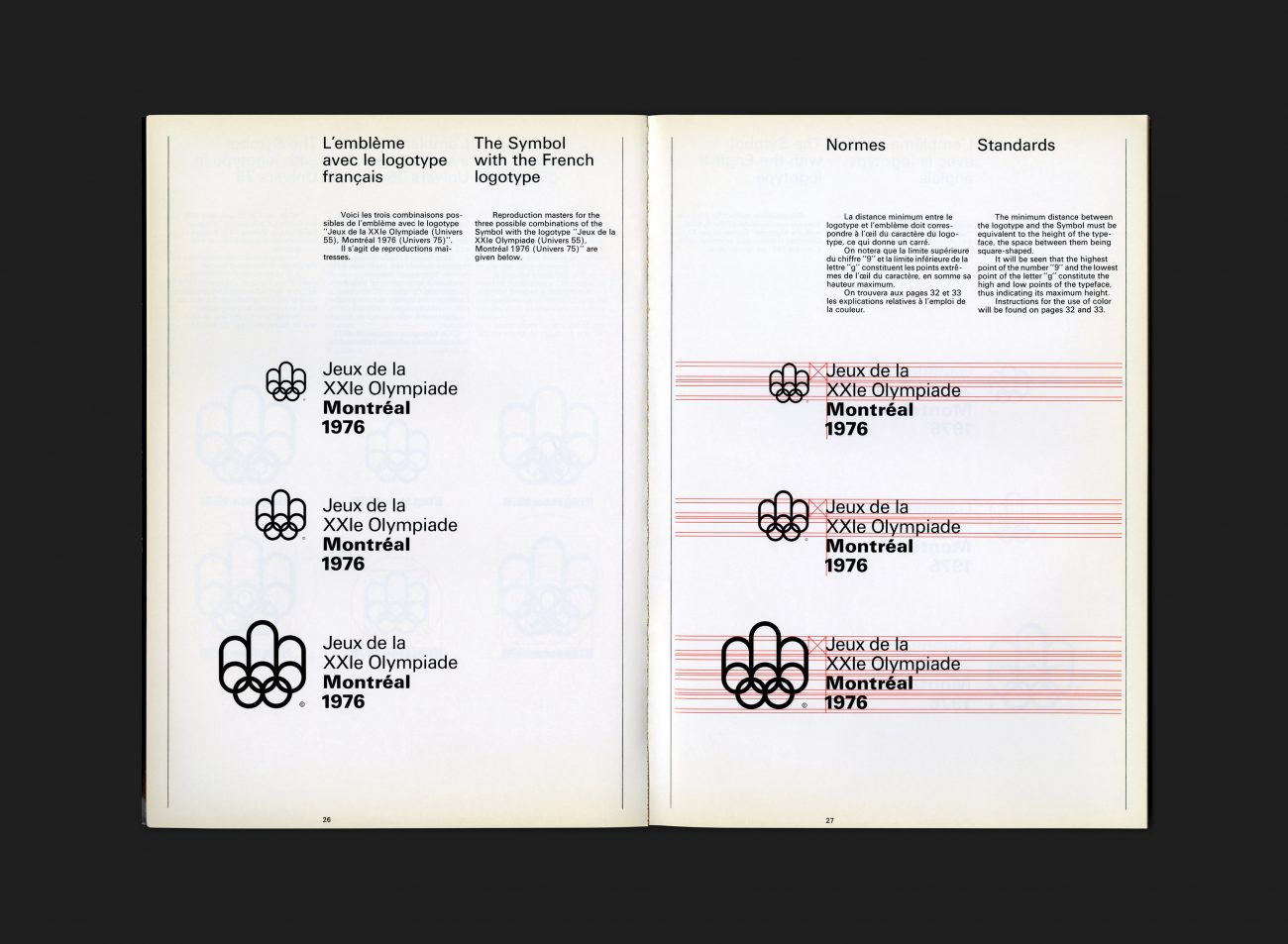 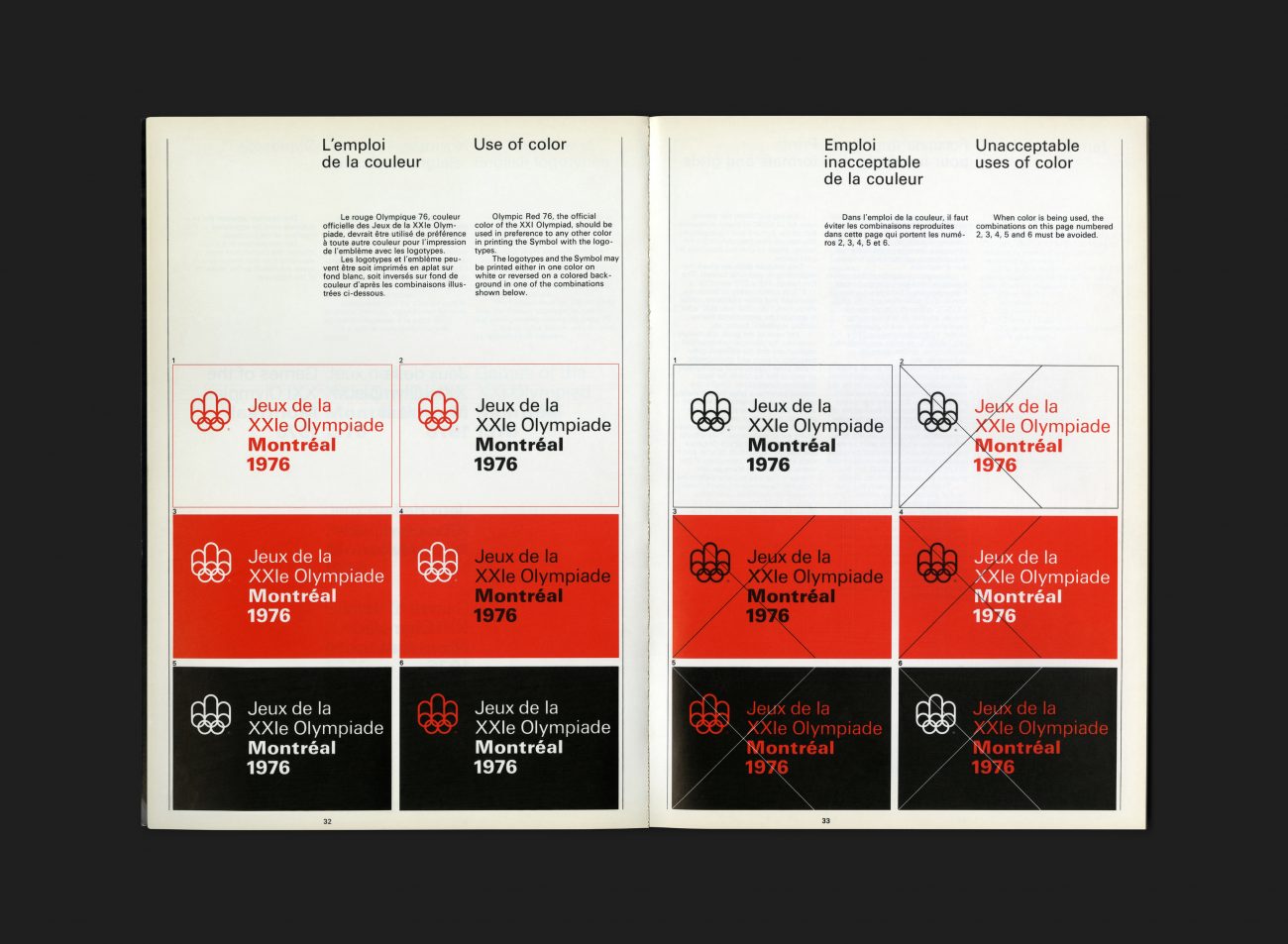 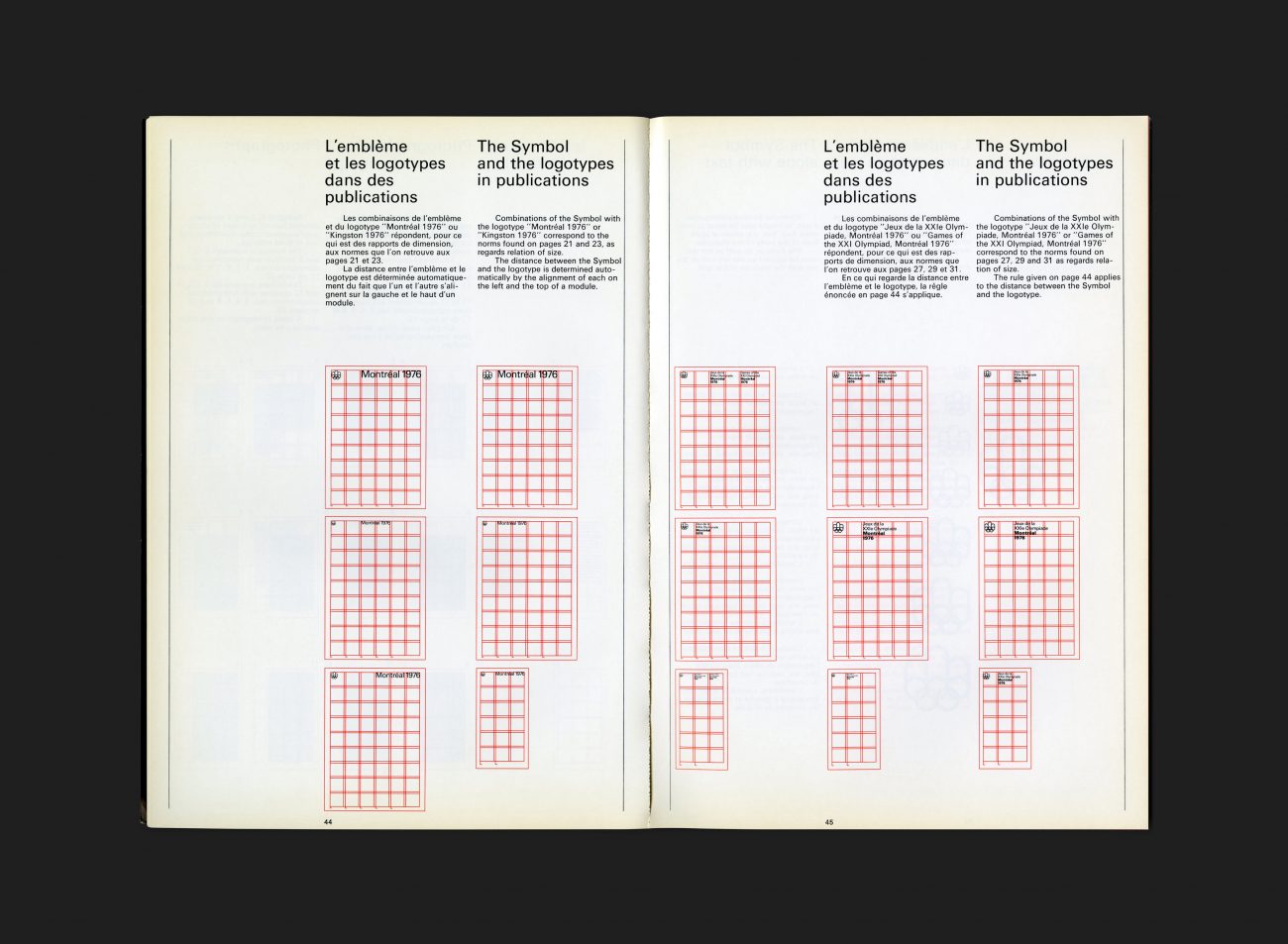 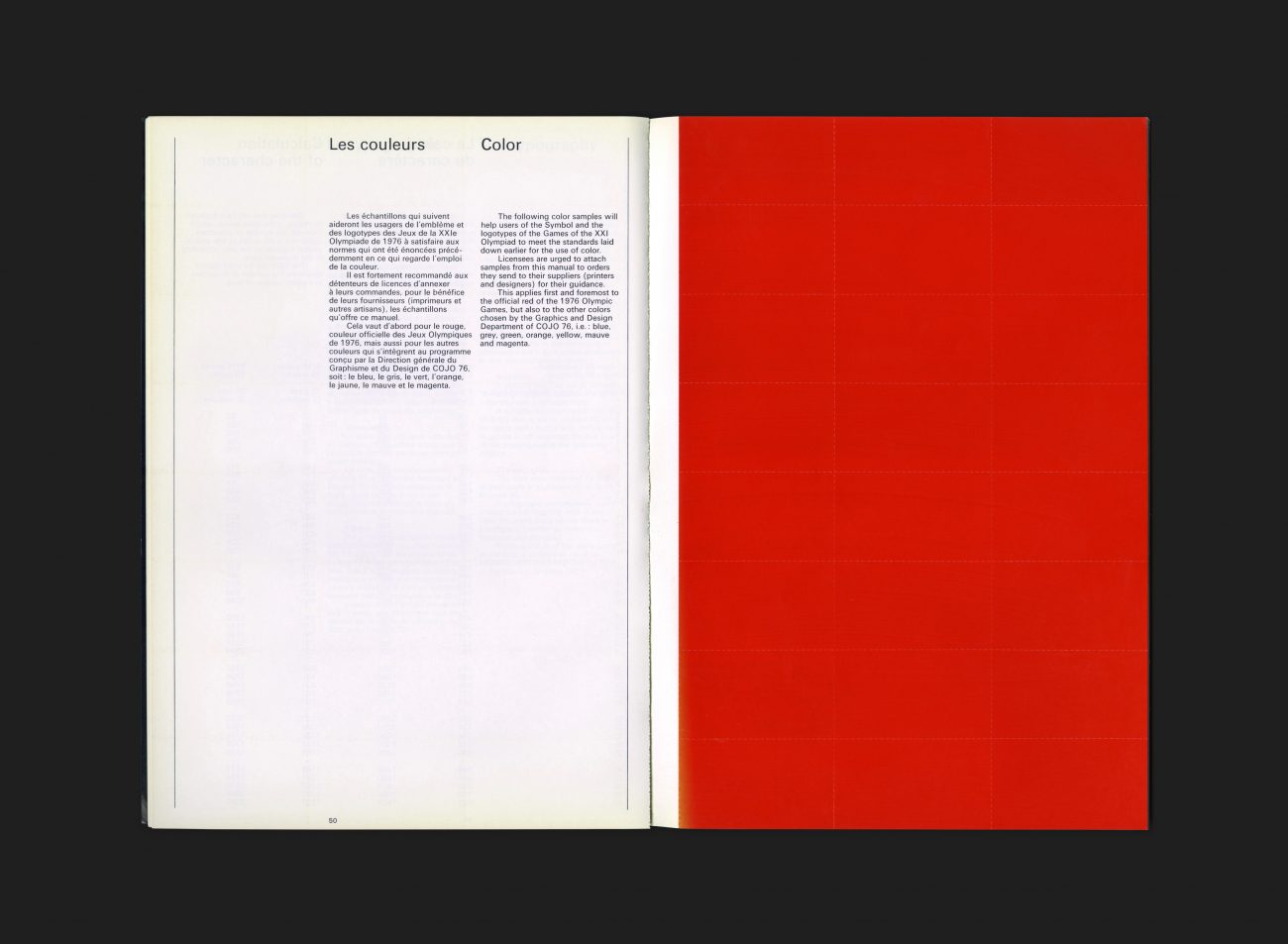 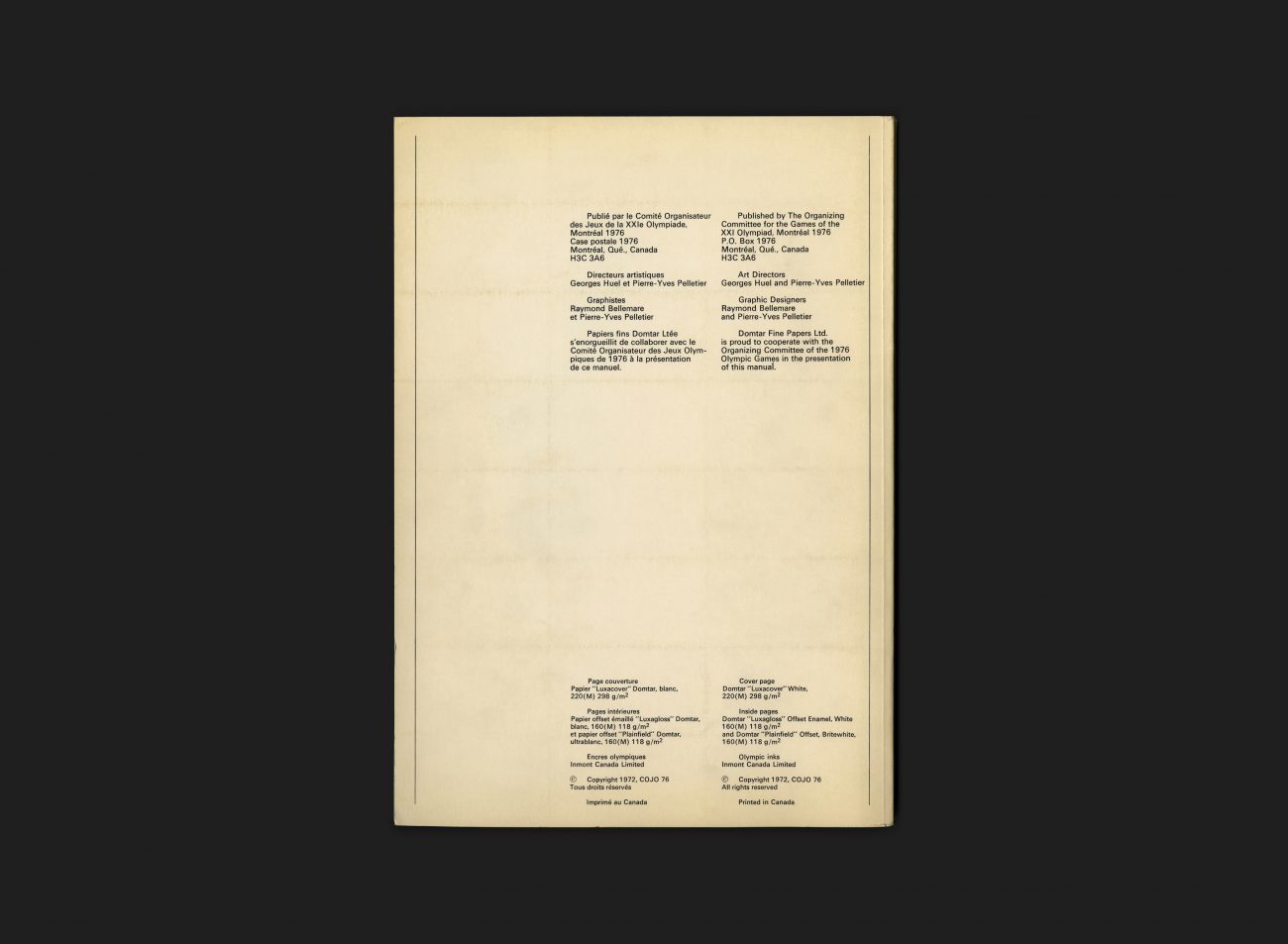 Studio: The Organizing Committee for the Games of the XXI Olympiad, Montréal 1976 (COJO)

Client: The Organizing Committee for the Games of the XXI Olympiad, Montréal 1976 (COJO)

Compared to many Olympic Graphics Manuals, Montréal feels quite industrious — heavy on instruction and less so on colourful, aspirationally applied graphics and imagery. Instead it provides a clear and confident window into the the design system at work, with painstaking detail and rigor.

This purity of concept and practical application feels appropriate, as the budgets invested in developing the identity and supporting graphics for the Montréal games were much smaller than those that were spent on Munich or Mexico City. This was a source of pride for Georges Huel (Director General of graphics & design, and creator of the Montréal Olympic Symbol), but at the time was still a bone of contention within the Executive Committee, who saw Huel as very much “the Mayor’s man”. He was perceived as an independent force, working in a different building and not subject to the same scrutiny as other departments.

The credit for the design of the manual itself belongs to Huel’s Deputy Pierre-Yves Pelletier and Raymond Bellemare, who Pelletier subsequently appointed as Design Director. Together they established the standards, grids and colours that enabled more than 1000 printed pieces and countless other applications that were required for the games. Univers was selected as the typeface following a disagreement between Huel (who favoured Helvetica) and Pelletier. Univers was selected as the more ‘complete’ typeface, and this provided a degree of continuity, having been used both on the Munich Olympics and Montréal’s own Expo67. The extended colour palette was selected through the process of developing the games’ mascot Amik. A rainbow. Chosen for their attractiveness, dynamism, vibrancy and sense of youth.

“For me, when I knew there was a possibility of being involved in the Montréal Olympic Games program, I thought it was so important to participate. I thought it was important to give a quality image to my home city and show the world that we’re here. And I was lucky to have this chance to be involved in the program. The result, I think, was really interesting, allowed many other designers to also participate. What is interesting at that time was that all these people were competitors, and through this important work we created a family. And we remain as close today.”
Pierre-Yves Pelletier, in an interview with Greg Durrell, 2012

“A city discovers an extraordinary amount about itself when it organizes the Olympic Games. It finds out about the quality and range of its own human resources. It discovers its own capacity for creativity and innovation.”
Michael Guay, former COJO Vice-President of Operations and Sport

Manual Provenance
It should be pointed out that there are two copies of the 1976 Montréal Olympics Graphic Manual housed in the Canada Modern permanent archive. Both copies came out of the Gottschalk+Ash offices. One from the Toronto office of Stuart Ash, and the second from Montréal and used by Eric Morrell. Fritz Gottschalk headed up and ran the Quality Control Office for the games in Montréal. That office was situated directly opposite G+A’s studio in the same building and much of the work cross-pollinated between them. Eric, for example produced the Licensed Olympic Merchandise book. So these copies are historically connected to the production of some top level designs and materials for the games, making them even more important.