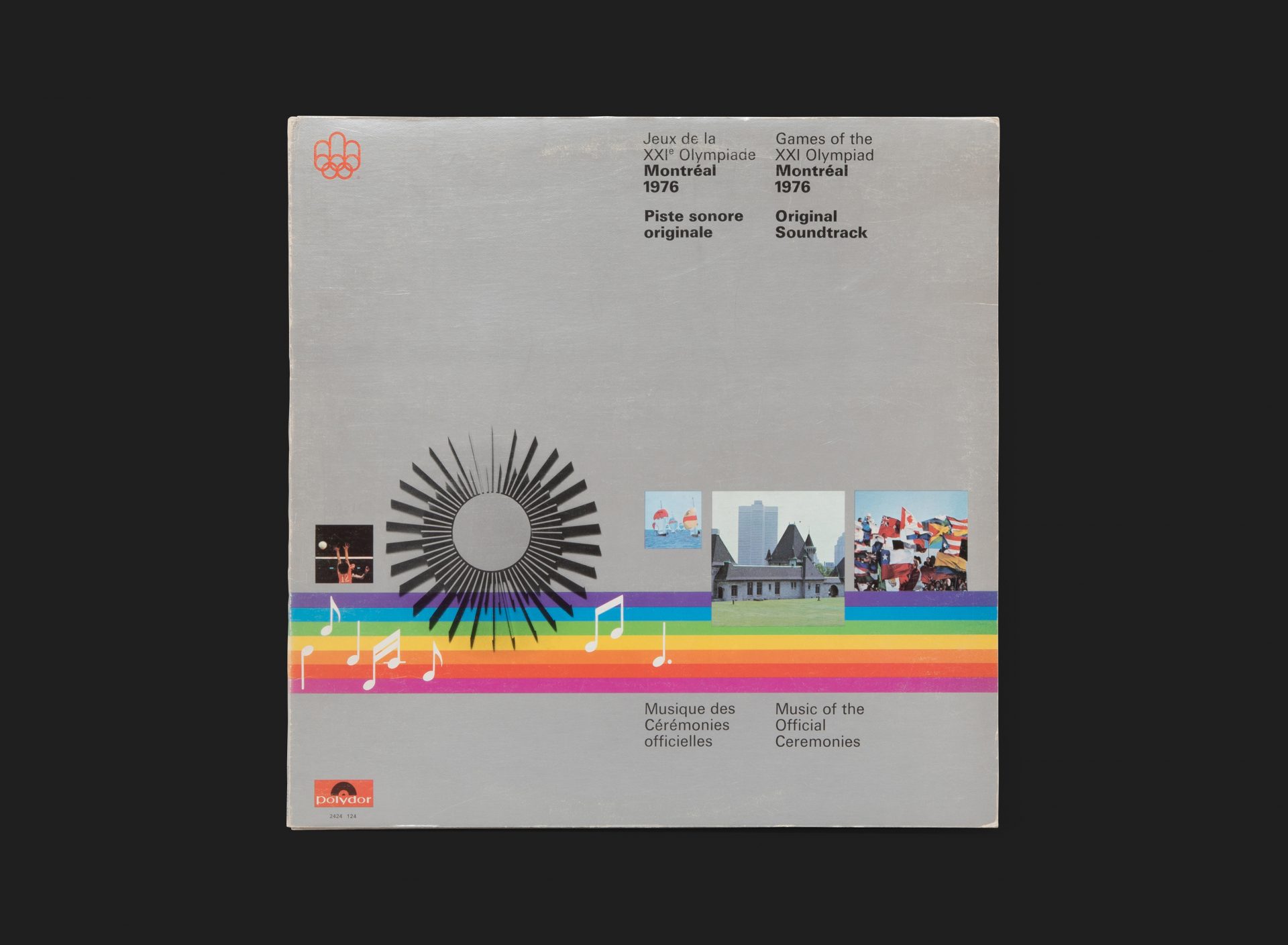 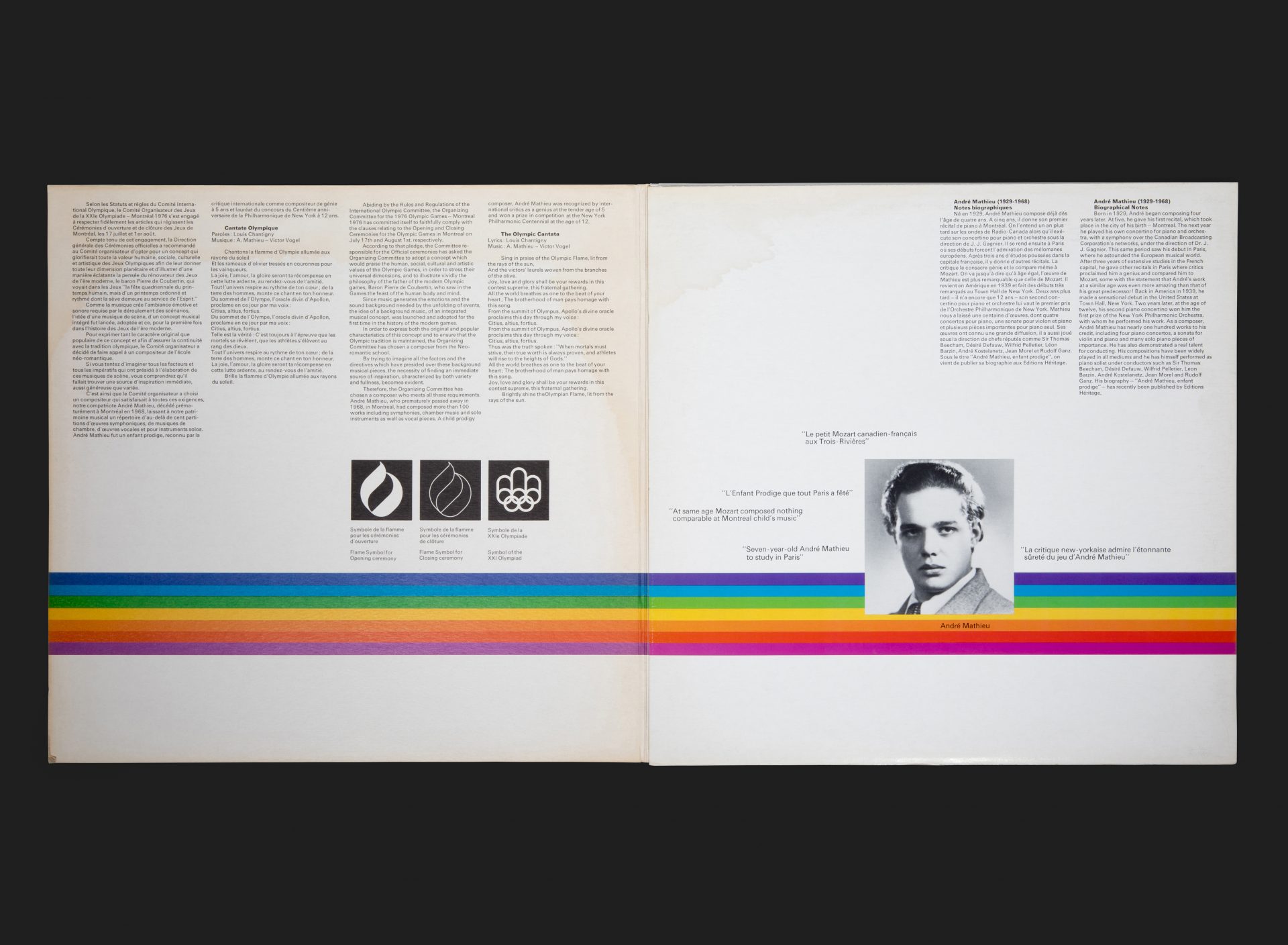 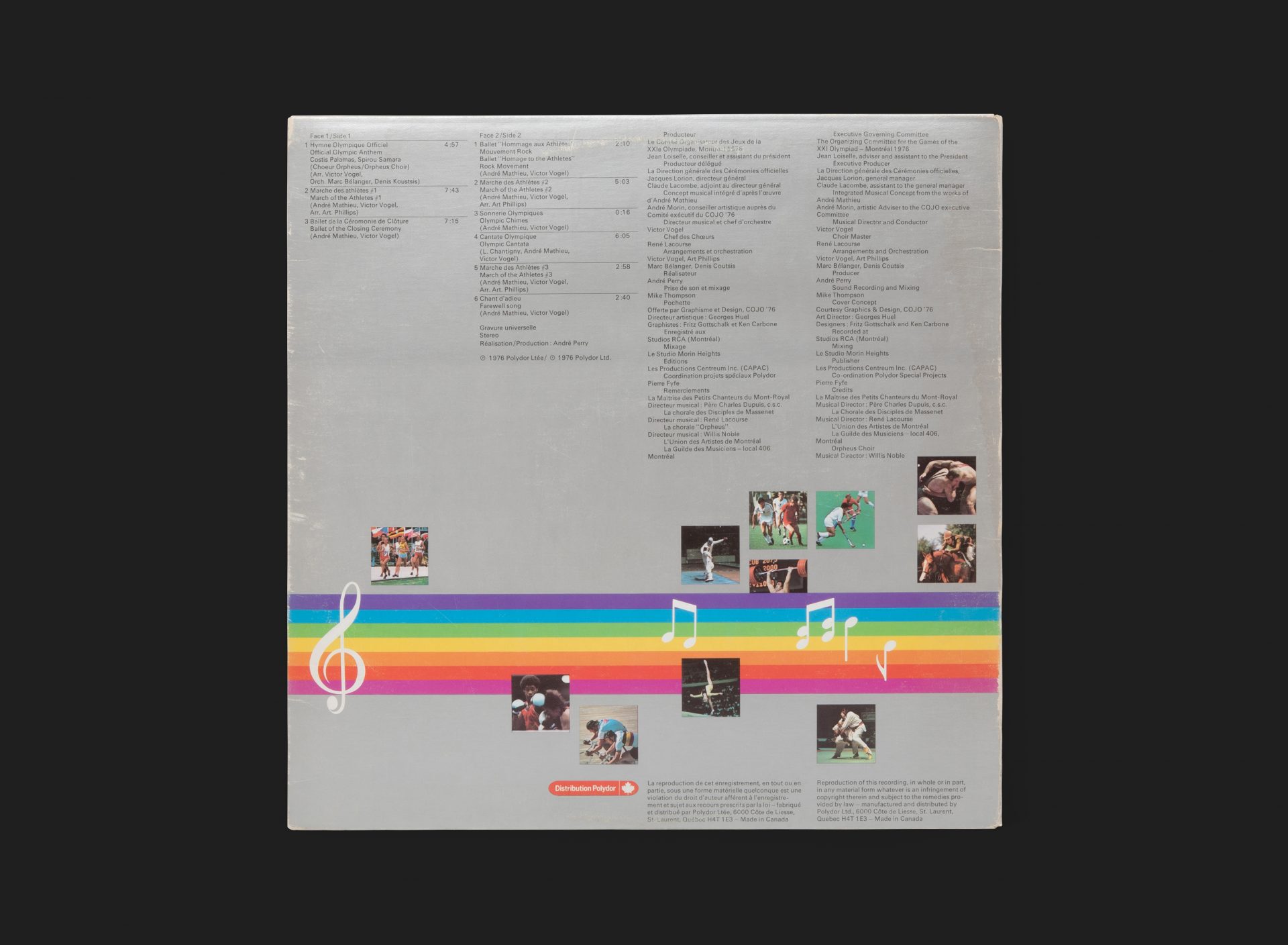 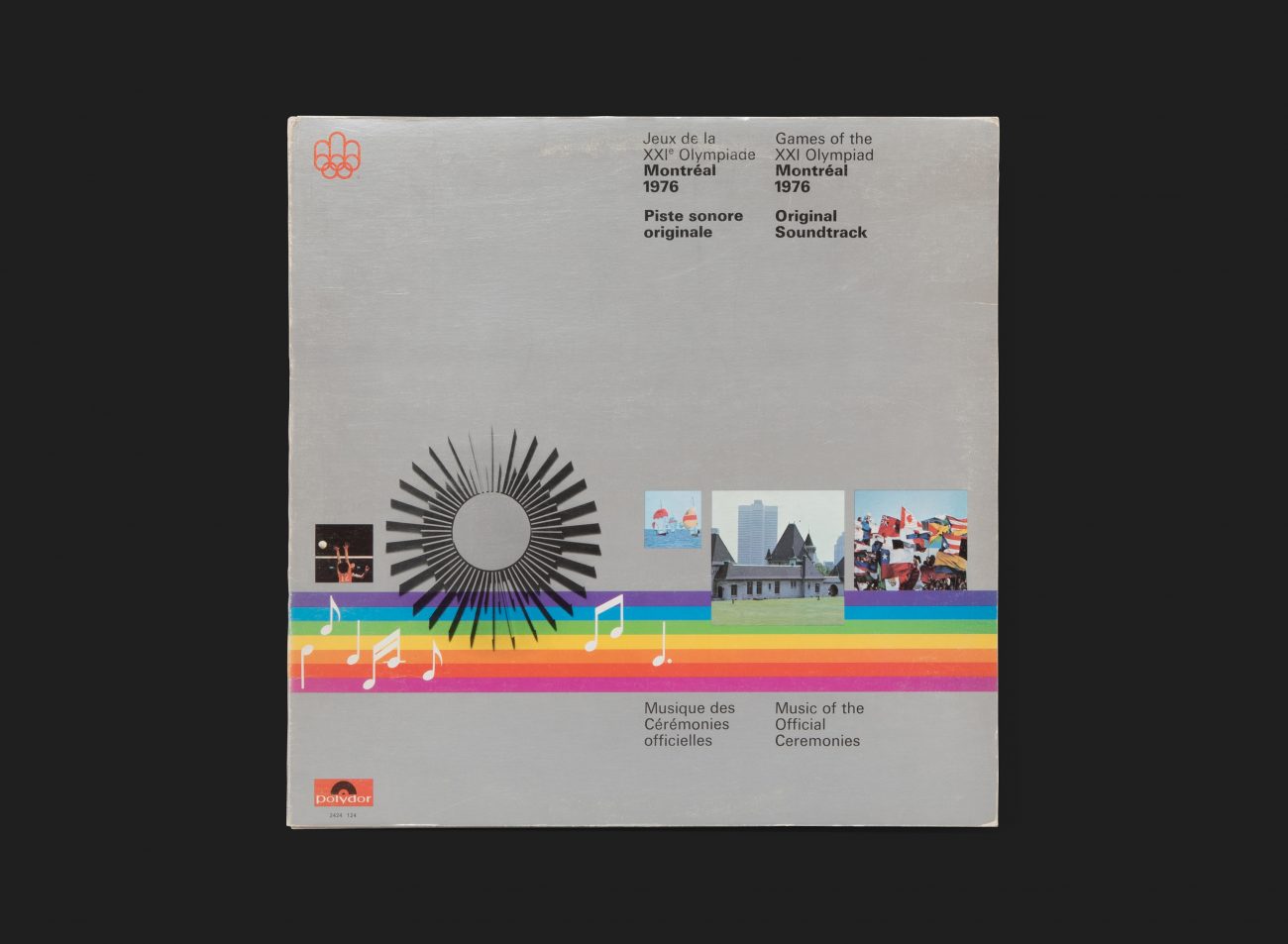 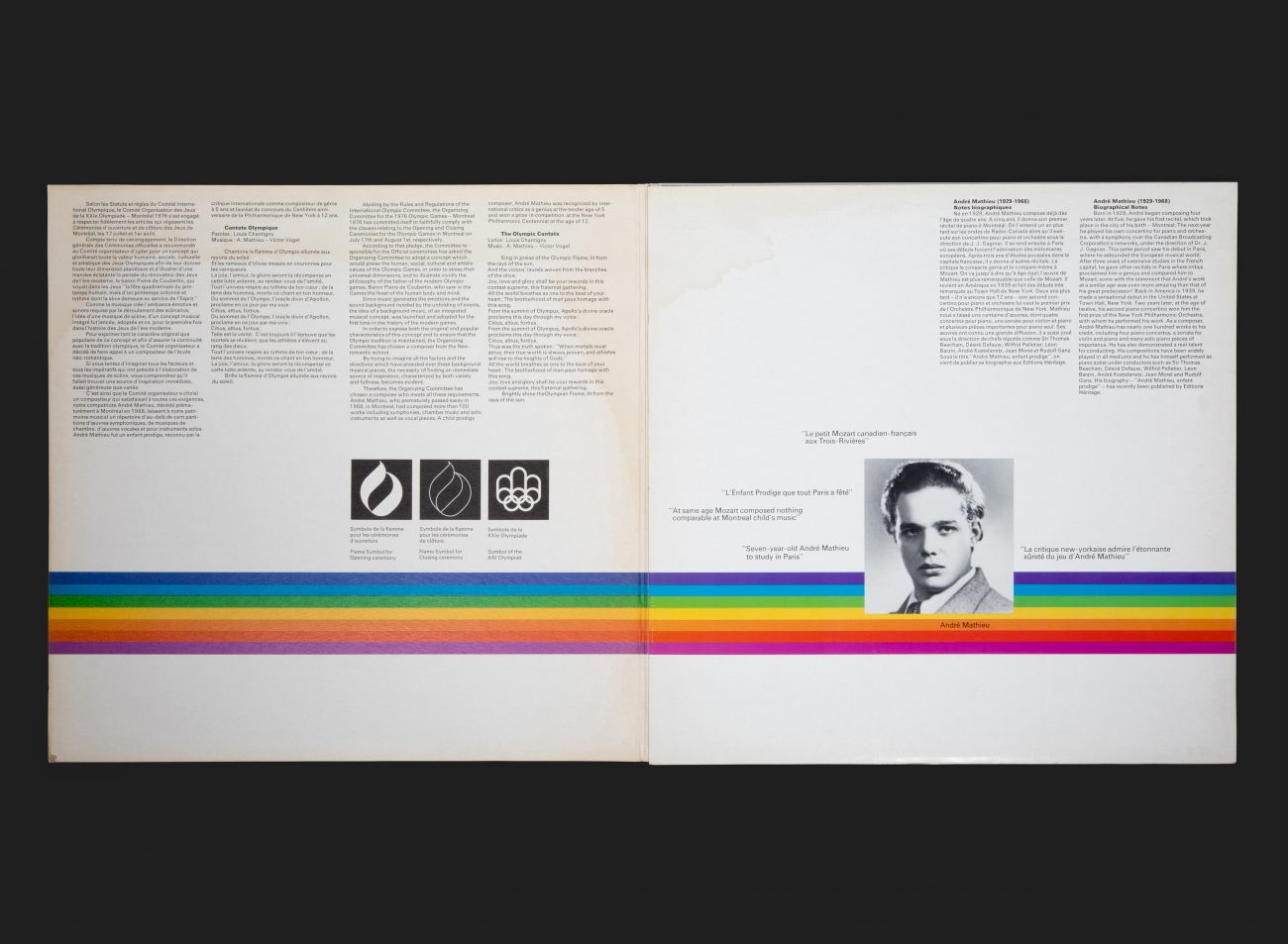 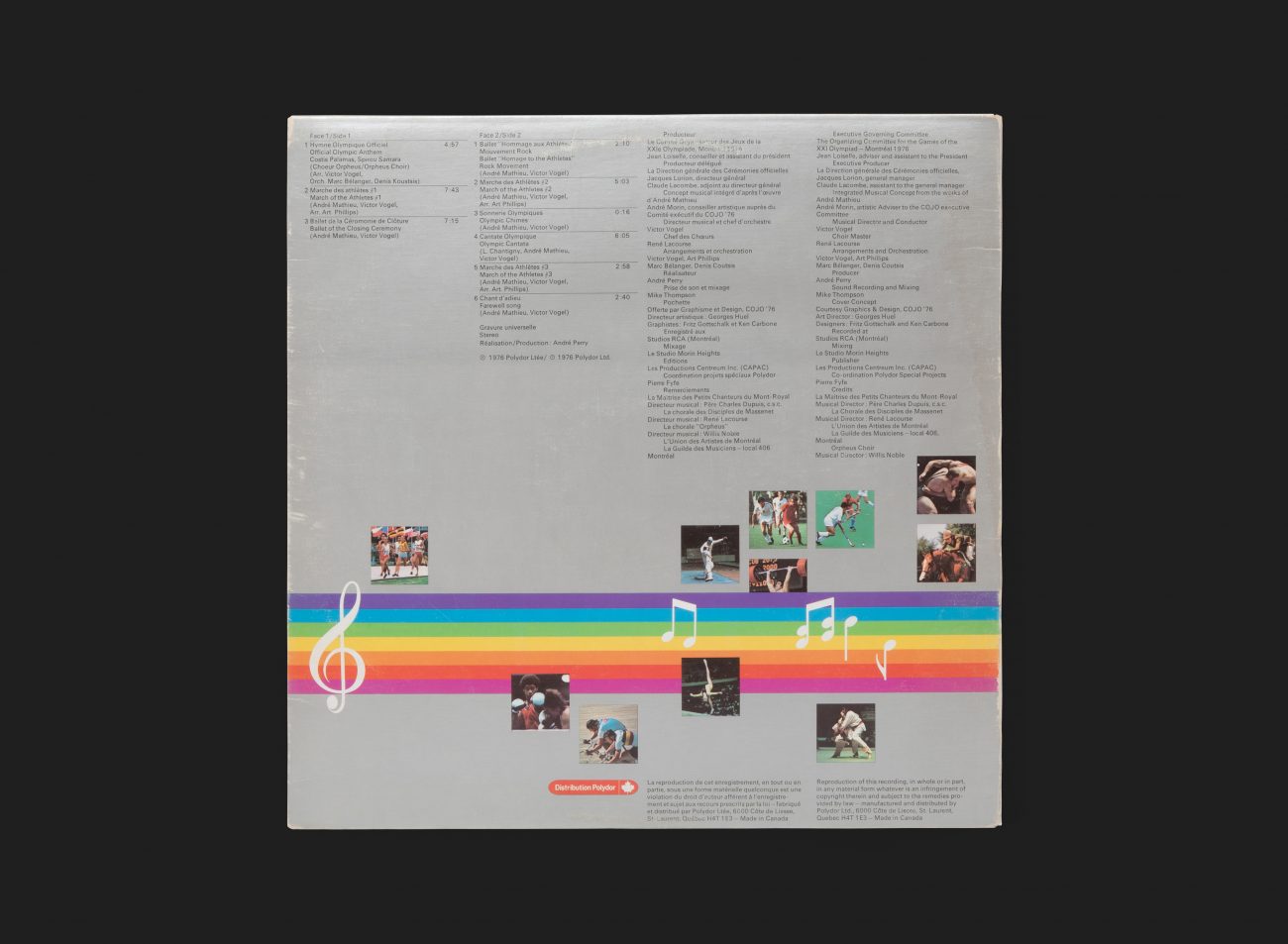 Client: The Organizing Committee for the Games of the XXI Olympiad, Montréal 1976 (COJO)

For the 1976 Montréal Olympics, the idea of a specially commissioned soundtrack was adopted for the first time in the history of the modern games. Works by Canadian composer André Mathieu (who died in 1968 at the age of just 39) were selected, and the jazz pianist, composer, trombonist and conductor Vic Vogel was commissioned to create the final arrangements. The main track is the official Olympic Cantata with its opening line “Sing in praise of the Olympic flame, lit from the rays of the sun.”

The cover combines a silver background along with a rainbow-coloured (the official games colours) band running across the entirety of the gatefold cover. This features musical notation imagery while simultaneously expressing themes of diversity and celebration. Supporting sporting imagery strengthens the Olympic theme, and ‘Flame’ symbols (designed by Raymond Bellemare) for the Opening and Closing ceremonies are incorporated alongside the official Montréal Olympic Games logo.