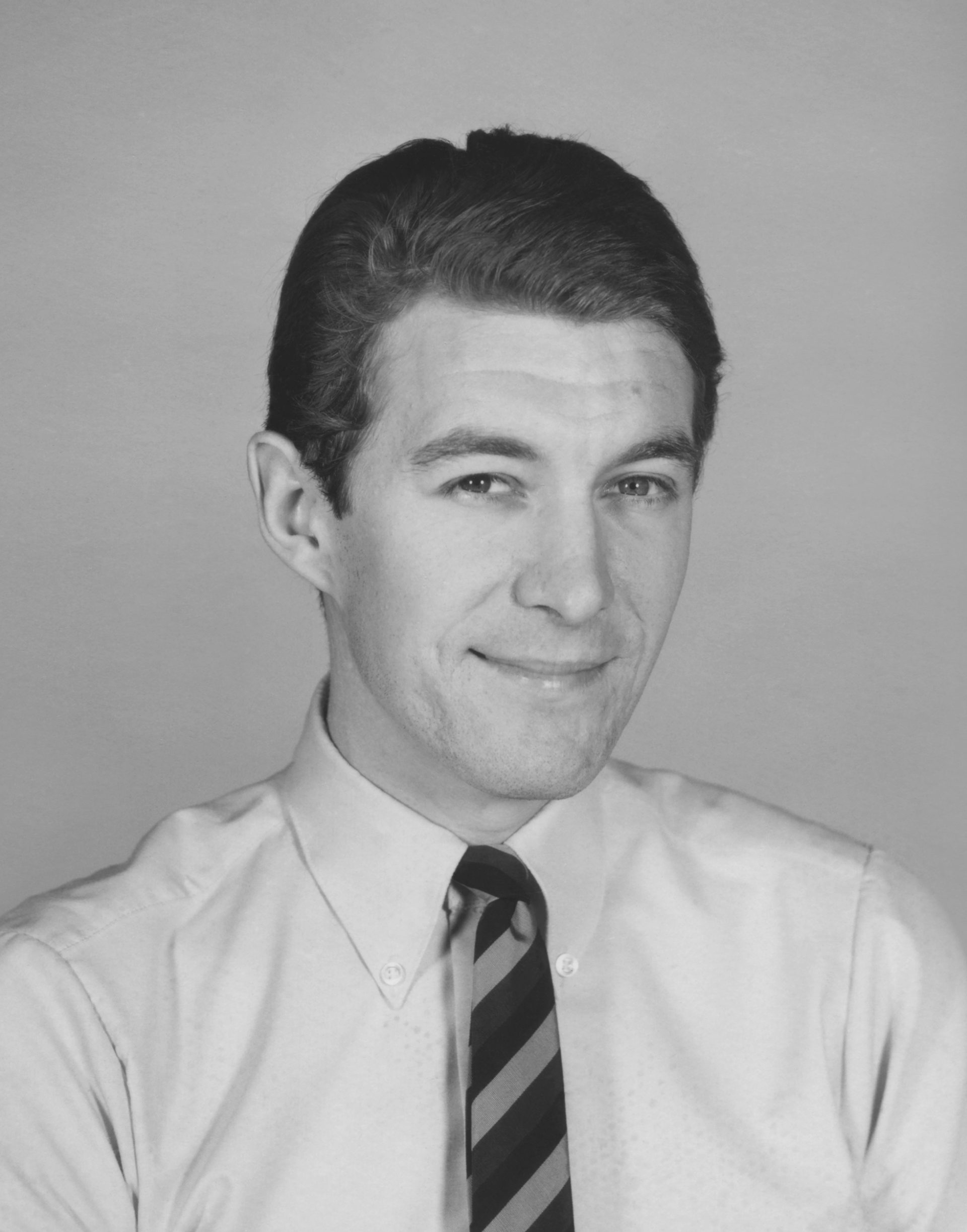 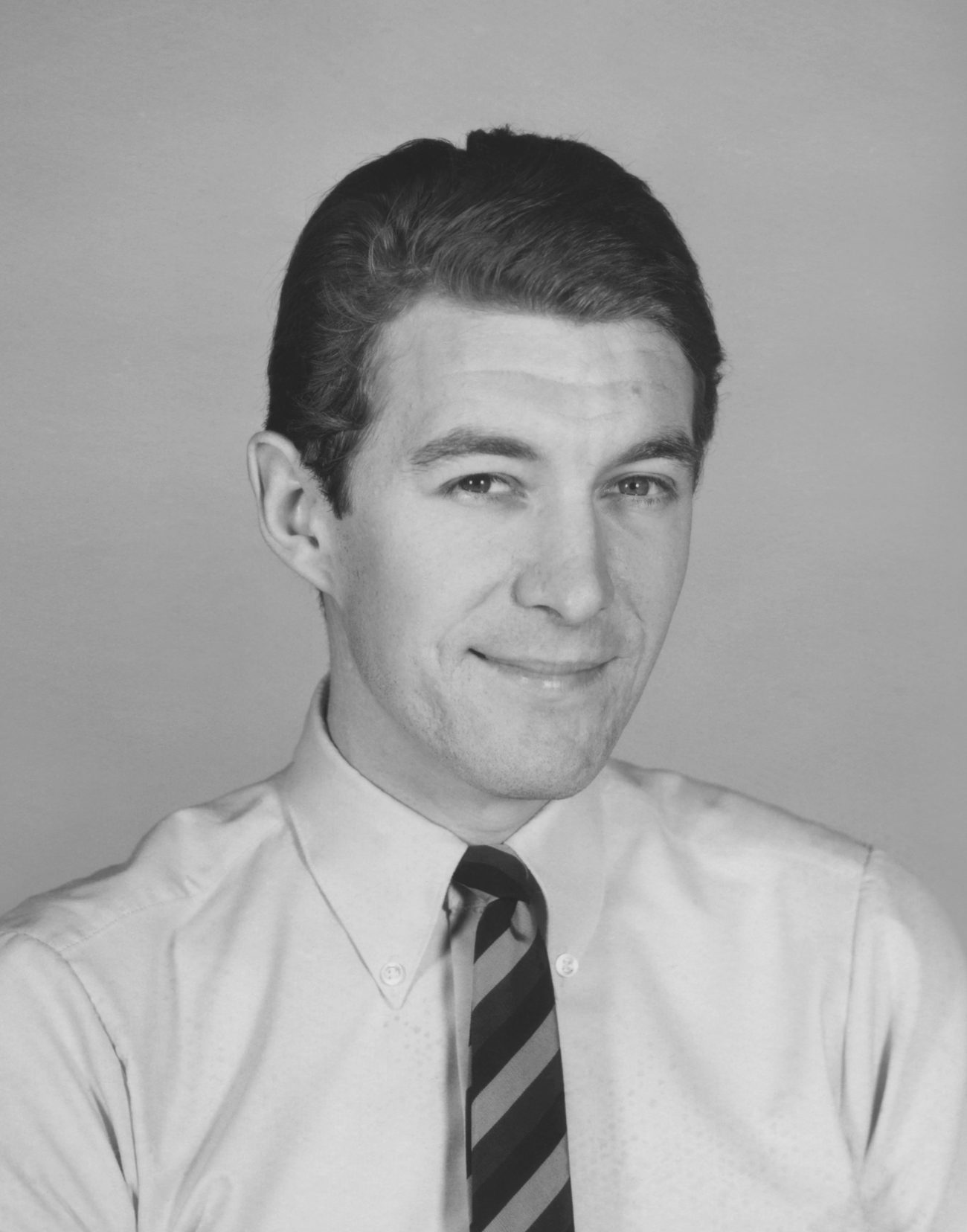 Michael Lewis Pacey was born December 1942 in Oshawa Ontario, and grew up in Winnipeg where he developed an early interest in art. He was influenced by his mother who enjoyed painting and drawing and showed an early talent in design when, at the age of twelve, his crest design was chosen to represent his school, J.B. Mitchell. Michael continued to flourish creatively during high school and developed a fascination for cartoons and animation. This became a career path he aspired to, following in the footsteps of some of his heroes like Walt Disney, Al Capp and Ronald Searle.

After finishing high school Michael gained his first taste working as a trainee at well-known studio Phillips-Gutkin & Associates in Winnipeg. PGA primarily produced television commercials and during the 1950s had grown to become one the biggest and busiest commercial studios in North America. In 1963 Michael moved to Toronto to take up a position with Film Design Ltd. and started working on the popular children’s television series ‘Mr Piper’, that was broadcast on CBC (and later in the UK). One of the artists painting backgrounds on ‘Mr Piper’ was Barry Zaid, who later went on to work at Push Pin Studios, the legendary New York design and illustration agency founded by Milton Glaser and Seymour Chwast.

“Barry would work straight on the acetate with no sketches or preparation. We’d tell him ‘it has to be registered Barry, you can’t just go loose’ and he’d say ‘oh don’t worry about it, it’ll be fine!’ and it always was.”

Michael next worked at Crawley Films in Ottawa as an assistant animator on the animated TV special ‘Return to Oz’. This special for NBC gave him the opportunity to work with Bill Mason, the celebrated Canadian naturalist, canoeist, photographer and filmmaker/animator.

Michael still dreamed of working as an animator with Walt Disney and headed south to California where he found working drawing ‘plat maps’, maps drawn to scale for surveying purposes, at California Land Title. Here Michael satisfied his creative instincts by adding subtle embellishments such as North arrows in the style of harpoons or Native American firing arrows. These were the first signs of Pacey moving into a more graphic direction with his work.

In 1967 Michael returned to Winnipeg, where he combined a job drawing maps at Western Nuclear Mines with freelance cartooning for JTG Art Production. It wasn’t long before JTG offered Michael a full time position, which marked the end of his animation career and the beginning of one in design.

Michael returned to Los Angeles and enrolled at the prestigious ArtCenter College of Design. Here he developed an understanding of conceptual design and the need to make a logical connection between an idea and an execution. It was in California that he met his future wife, and the two of them moved to Vancouver before Michael had completed his studies.

In the early 70’s Michael took a job as an art director at the Vancouver advertising agency Walker, Ricks, Ehrig Ltd. He worked there for two years before starting up on his own. By now his influences had grown, and he was avidly influenced by designers such as Pentagram, Woody Pirtle, Pushpin Studio and Theo Dimson in Toronto.

For the next 24 years Michael worked as an independent designer, initially under the name ‘Super Graphics’ and later as ‘Michael Pacey Design’. Over time he built an impressive portfolio, notably in the field of corporate identity design. During this period Michael would regularly submit his work to prestigious publications and award shows, a tip he’d picked up from Woody Pirtle in a CA magazine article, and he was very successful. One year alone he had seven pieces featured in the Art Directors Club of Vancouver.

“It was really satisfying seeing my work rub shoulders with some of the greatest names in Canadian design at the time. I had one mark in the New York Art Directors Club early on, and I was the only international entry in that category, so I was thrilled.”

Michael evolved a style and approach influenced by the work being produced and talked about around him. Many of his earlier award-winning symbols leaned towards the International Style, but Pacey never wanted to be pigeonholed as a particular kind of designer, as he felt his job was to honour his clients by producing work that was appropriate to their business and image. One day in the mid 70s a young illustrator brought her portfolio to his studio on the corner of Davie and Hornby in Vancouver. She looked around at the symbols Michael had displayed in plexiglass boxes on his walls, and said to him — “Oh, you’re one of those designers… who works with a geometry set.” He was taken aback by the comment but on reflection thought she probably had a point. He had never wanted to do work that fitted a particular trend, and was much more interested in work that was built on the premise of longevity.

“I’ve always felt that the best logo designs tell you something about the service or industry they were created for. If they needed an explanation then they were just ‘copywriter’s logos’. Nice but so what?”

In addition to the many trademarks and identities that Michael has designed over the years, he also accepted commissions that would push him outside his comfort zone. When the brief required something different he would look to bring in a partner and learn from them.

Michael remained a one-man operation throughout his career until 1998 when another name appeared above the door — that of his son Robert. Now known as Pacey + Pacey, Michael still prefers to do most of his work at the drawing board, while Robert produces his concepts on the computer and the two work together to produce finished digital files — a complementary blend of old school and high tech. Their close bond and mutual appreciation of each other’s contributions to the process has provided the perfect union and allows Michael to continue practicing 45 years after he first started out on his own.

The partnership is still based in Vancouver, and they work with a range of clients including the ATP, Alberta Tennis Centre, Invest Comox Valley, Fitness Town, the University of British Columbia, Langlois Brown Wealth Management, and Squash Canada.

Michael and Robert Pacey  For support, co-operation and conversations.