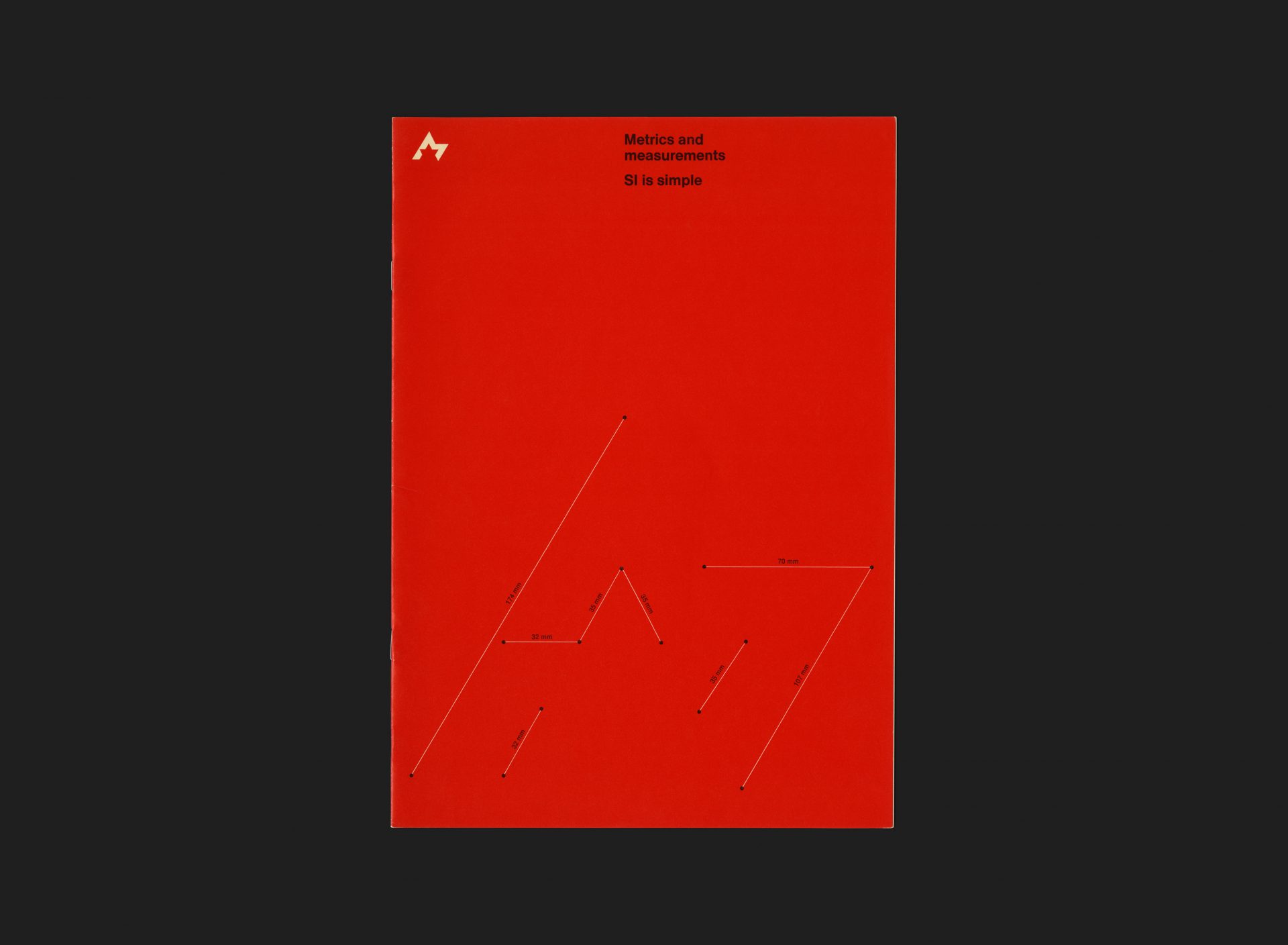 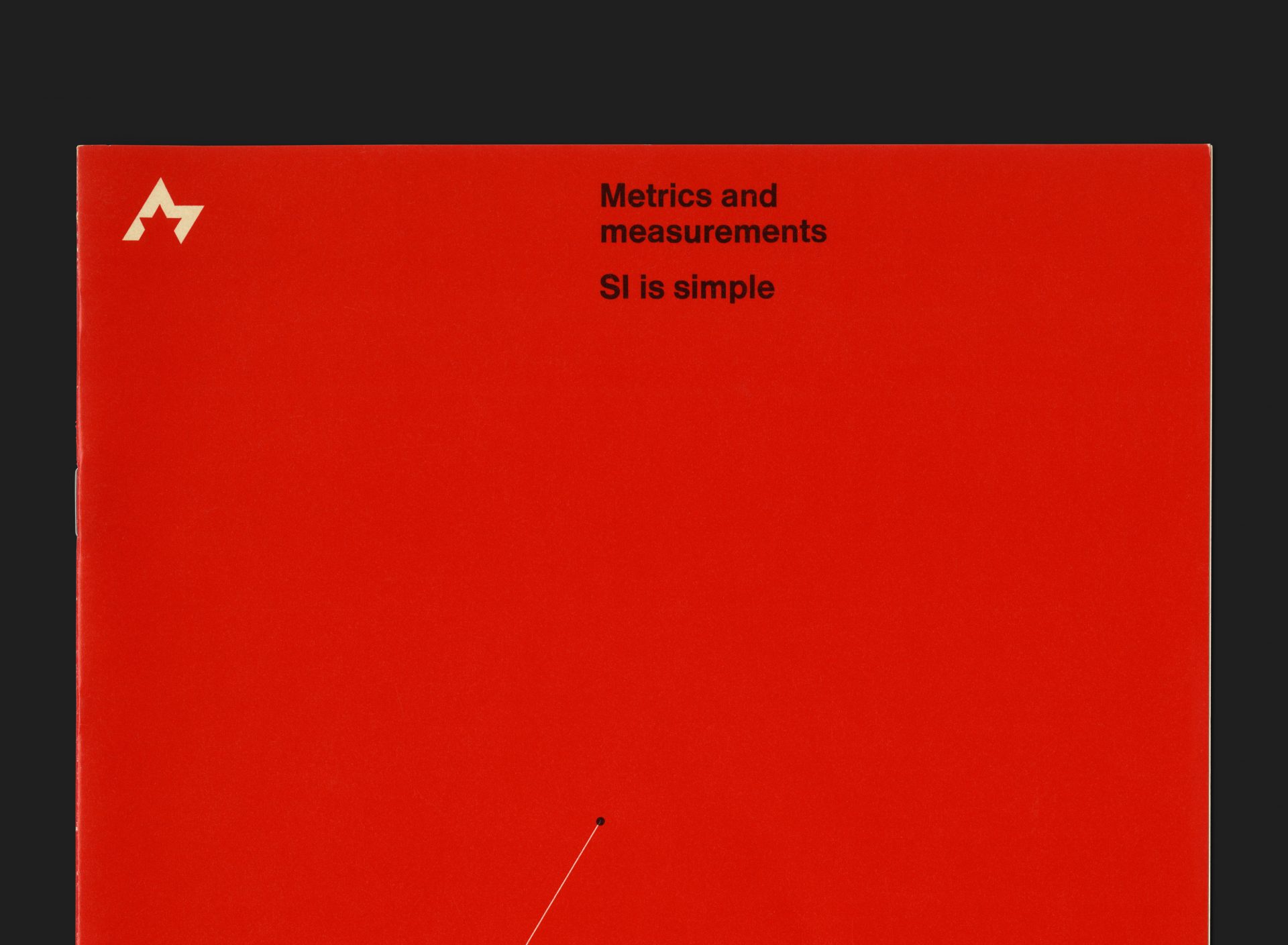 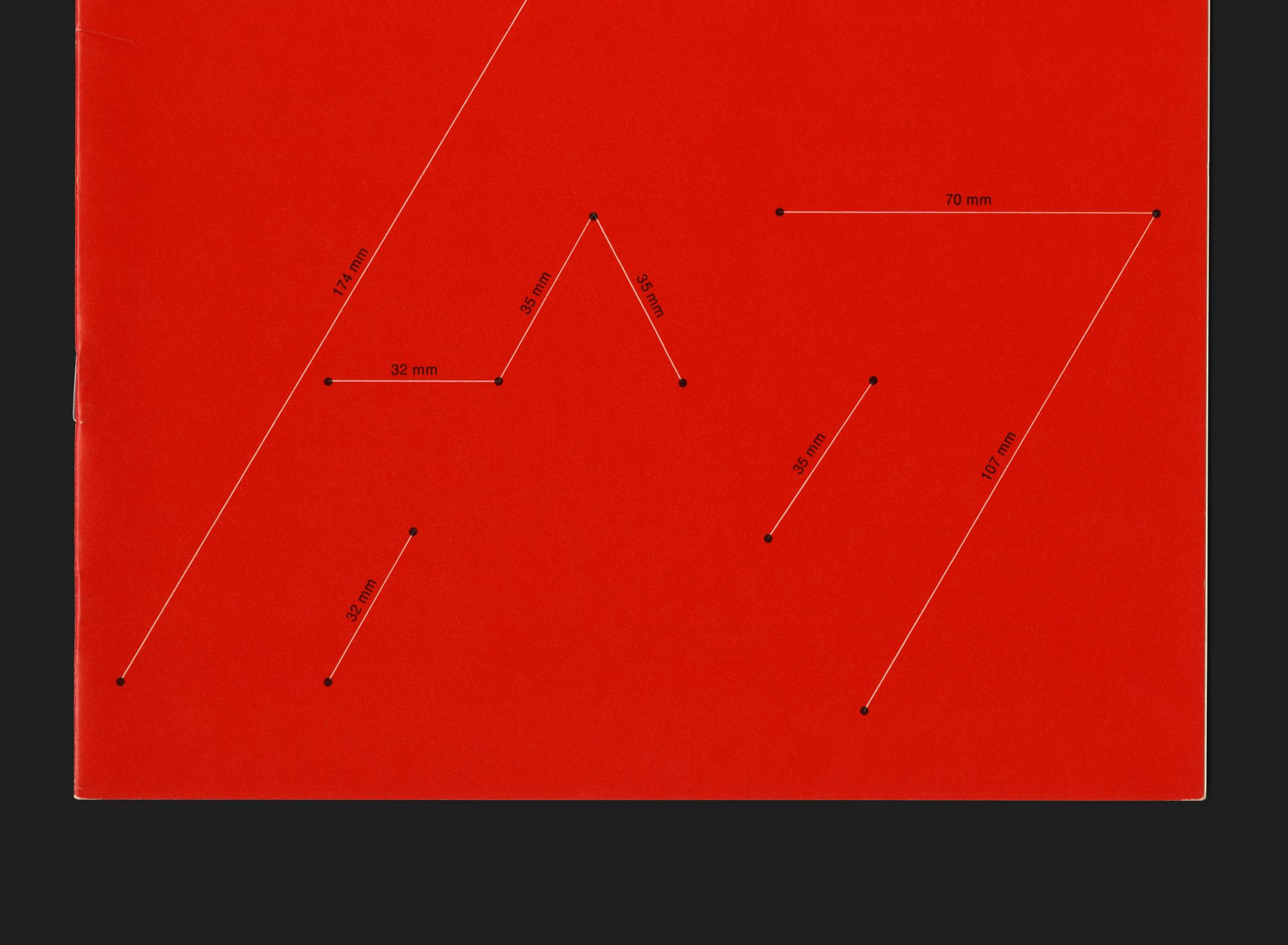 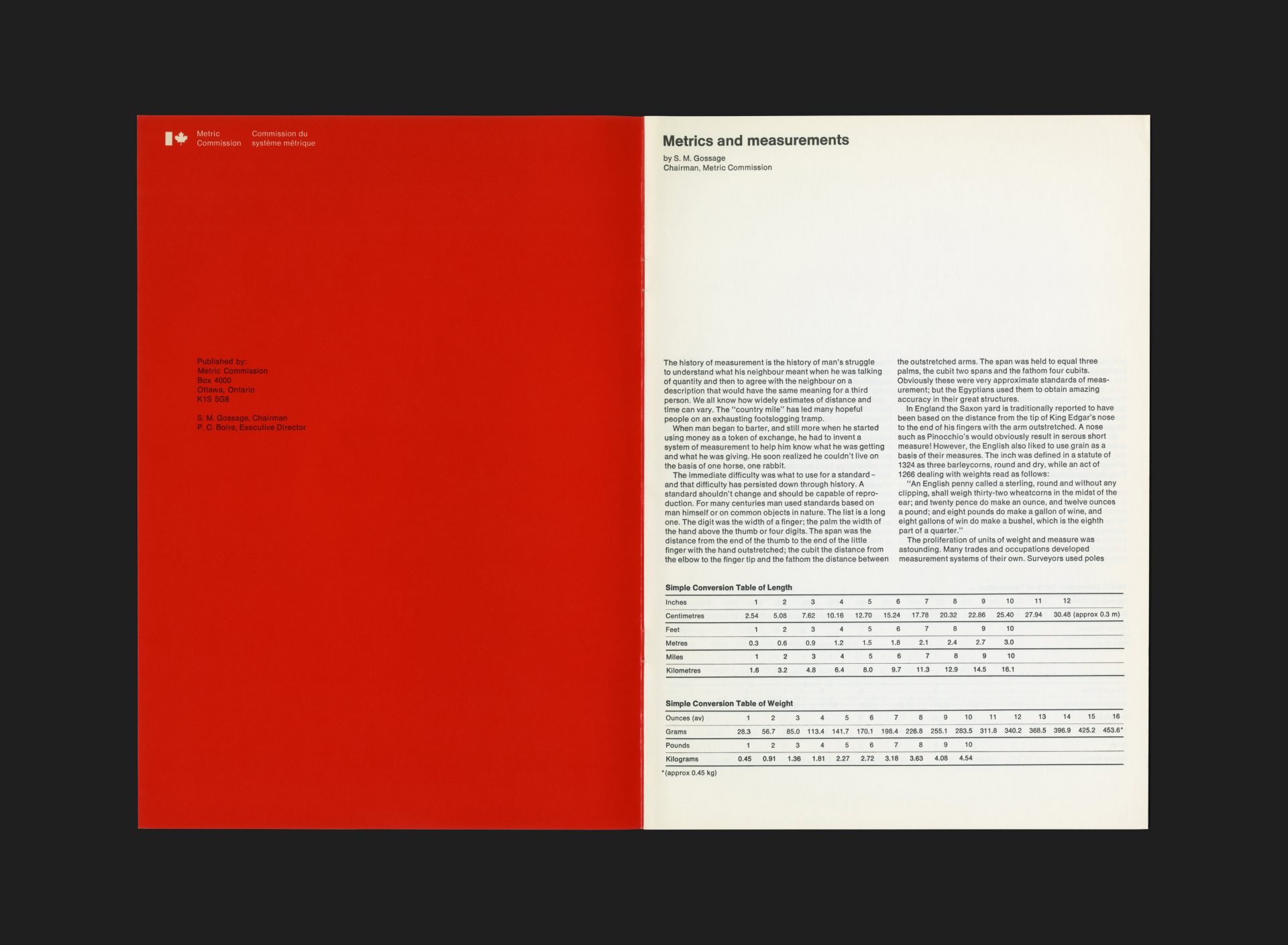 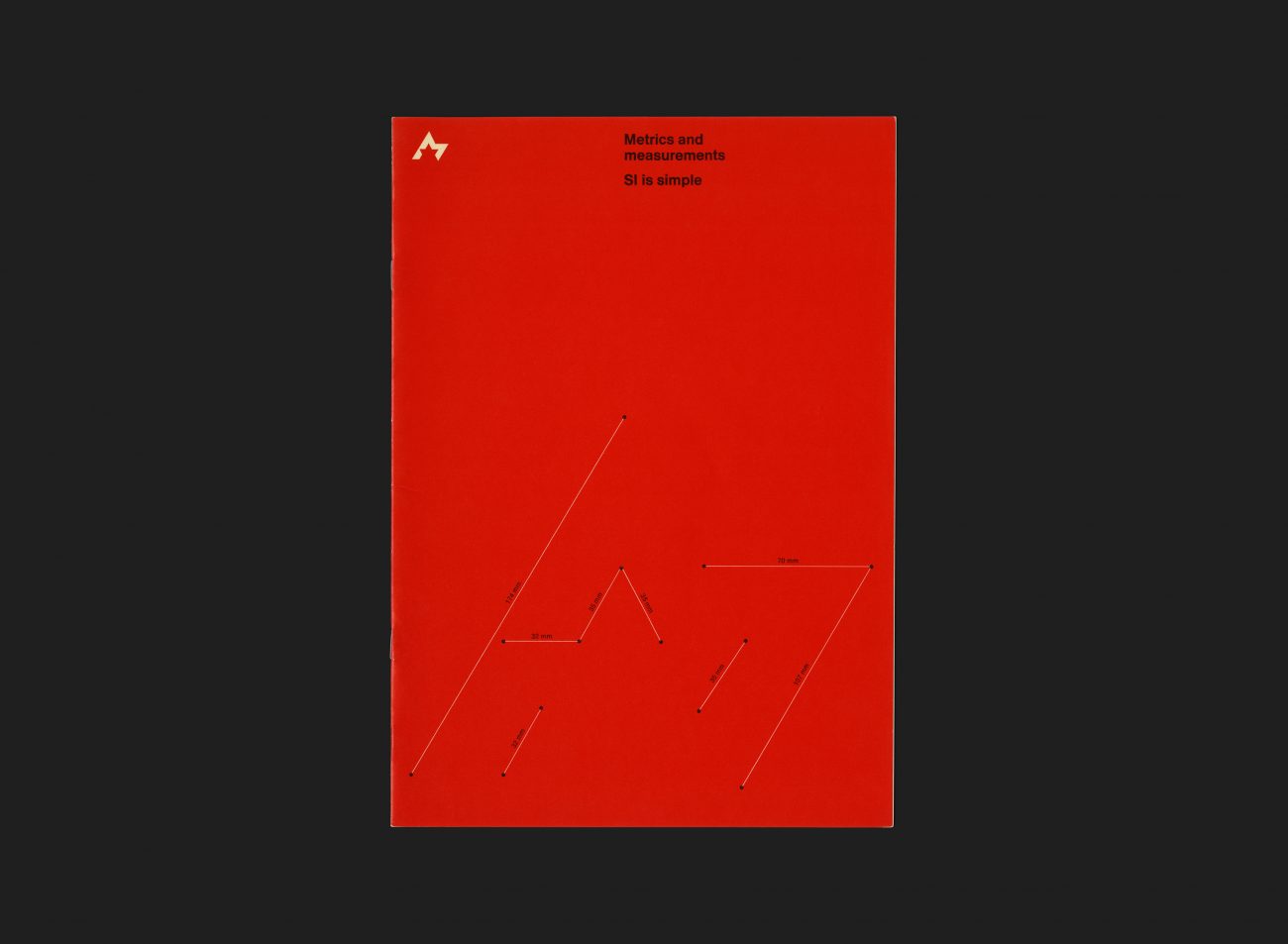 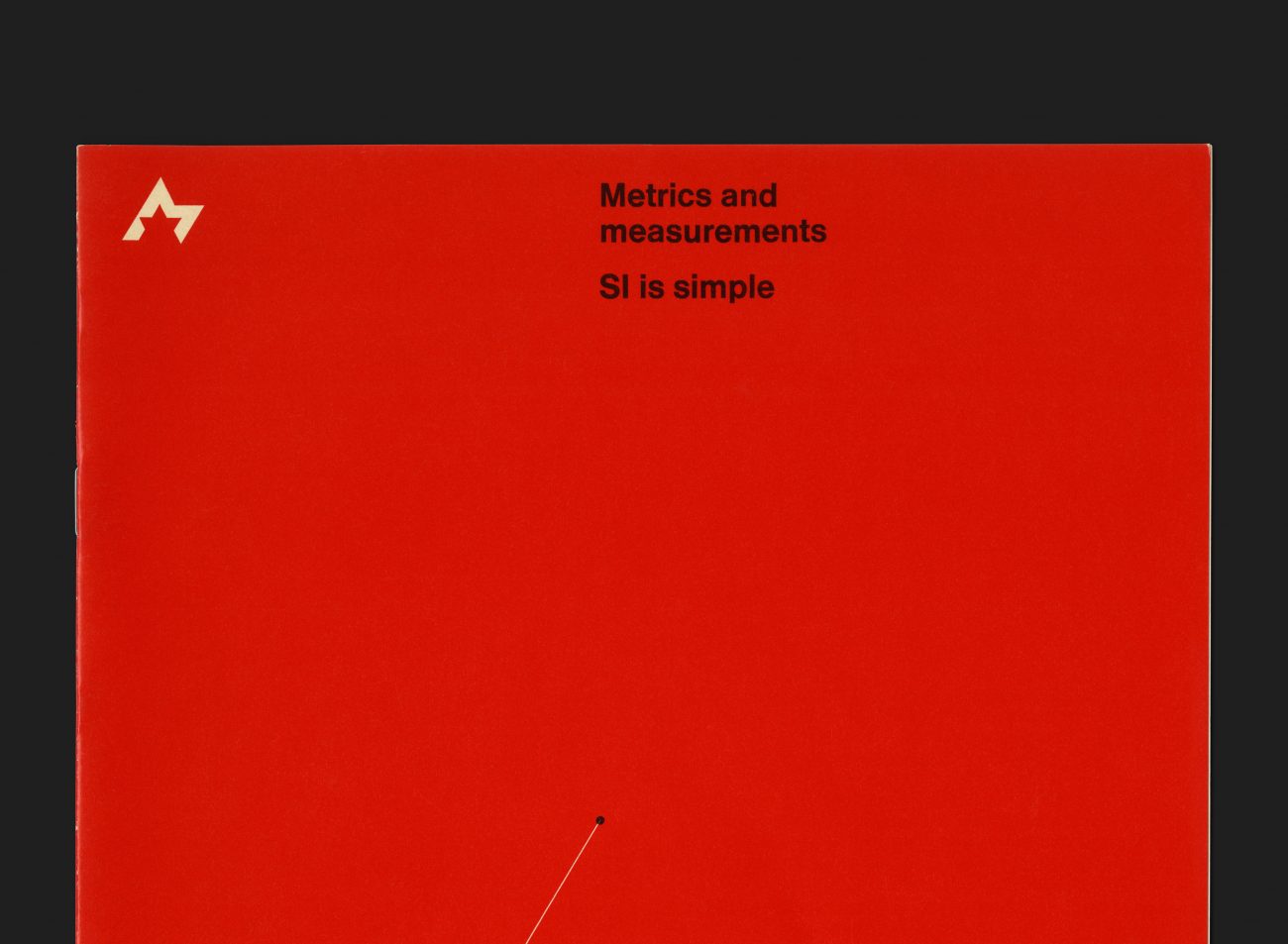 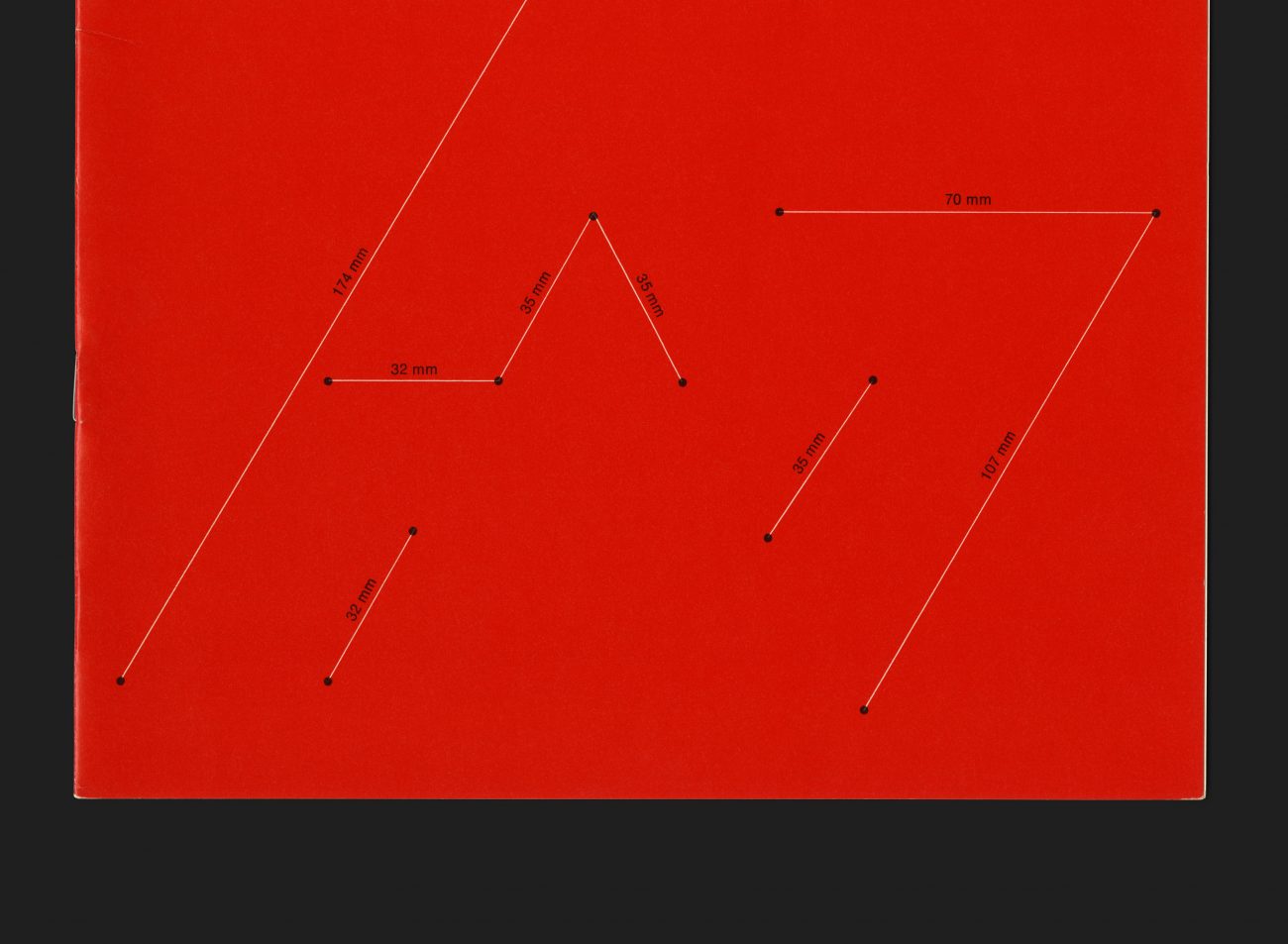 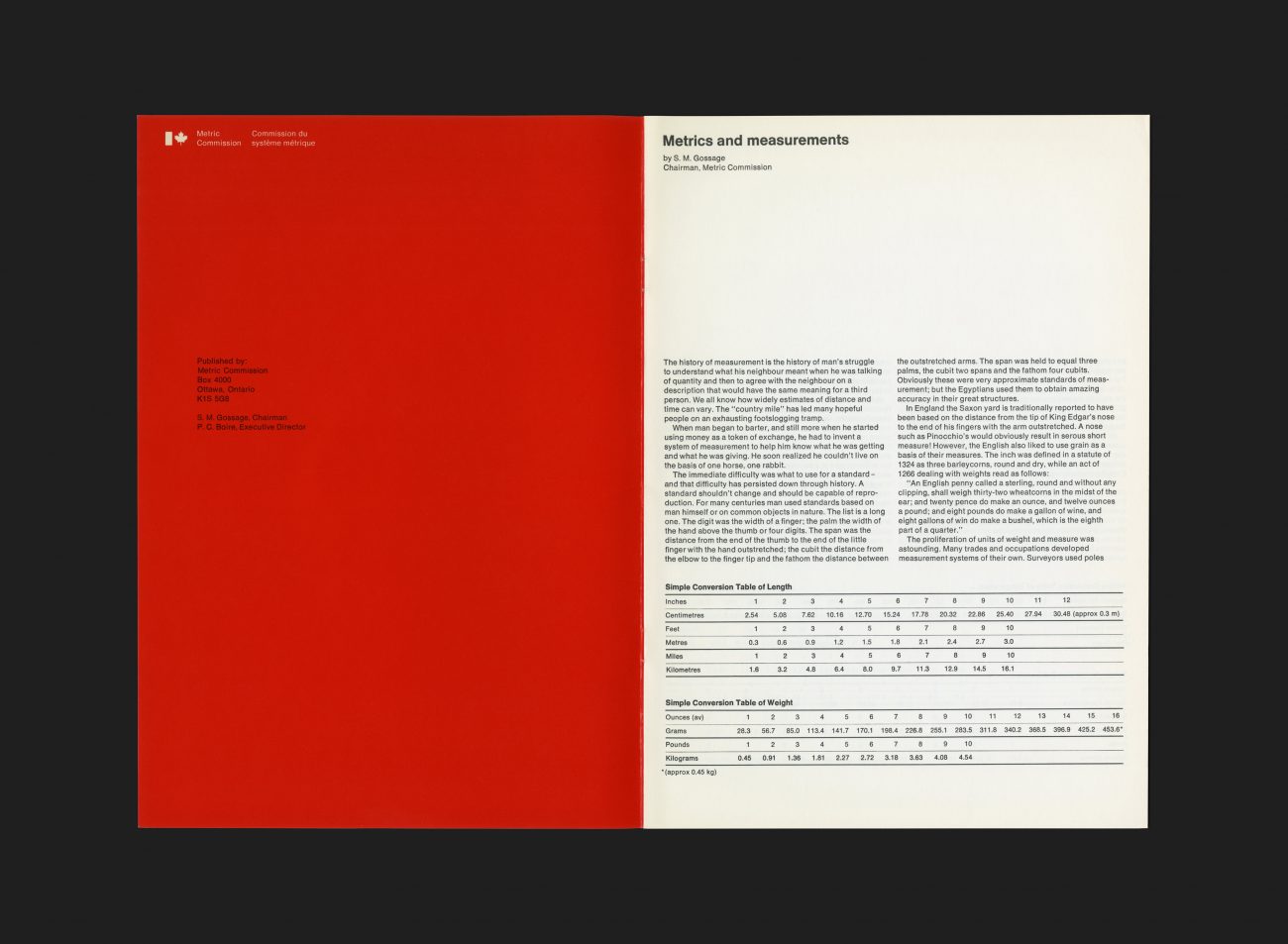 A short A4 document produced to republish two articles written by Metric Commission Chairman, S. M. Gossage. The articles originally appeared in the November/December 1972 and January/February 1973 issues of Canadian Consumer, a periodical published by Consumers’ Association of Canada. The articles sought to articulate to Canadians the need for ‘metrification’, its benefits and the work being done by the Metric Commission to implement this change. Further information goes on to help demystify readers on the move to metric, including explanation on units and conversion using Si (which means International System, in all languages).

The design of the lower half of the red cover displays a graphic expression of Stuart Ash’s symbol in the form of points, interconnecting lines and measurements — further reinforcing the subject matter and the precise accuracy of the system. The text pages are all in black and white and set in Helvetica.