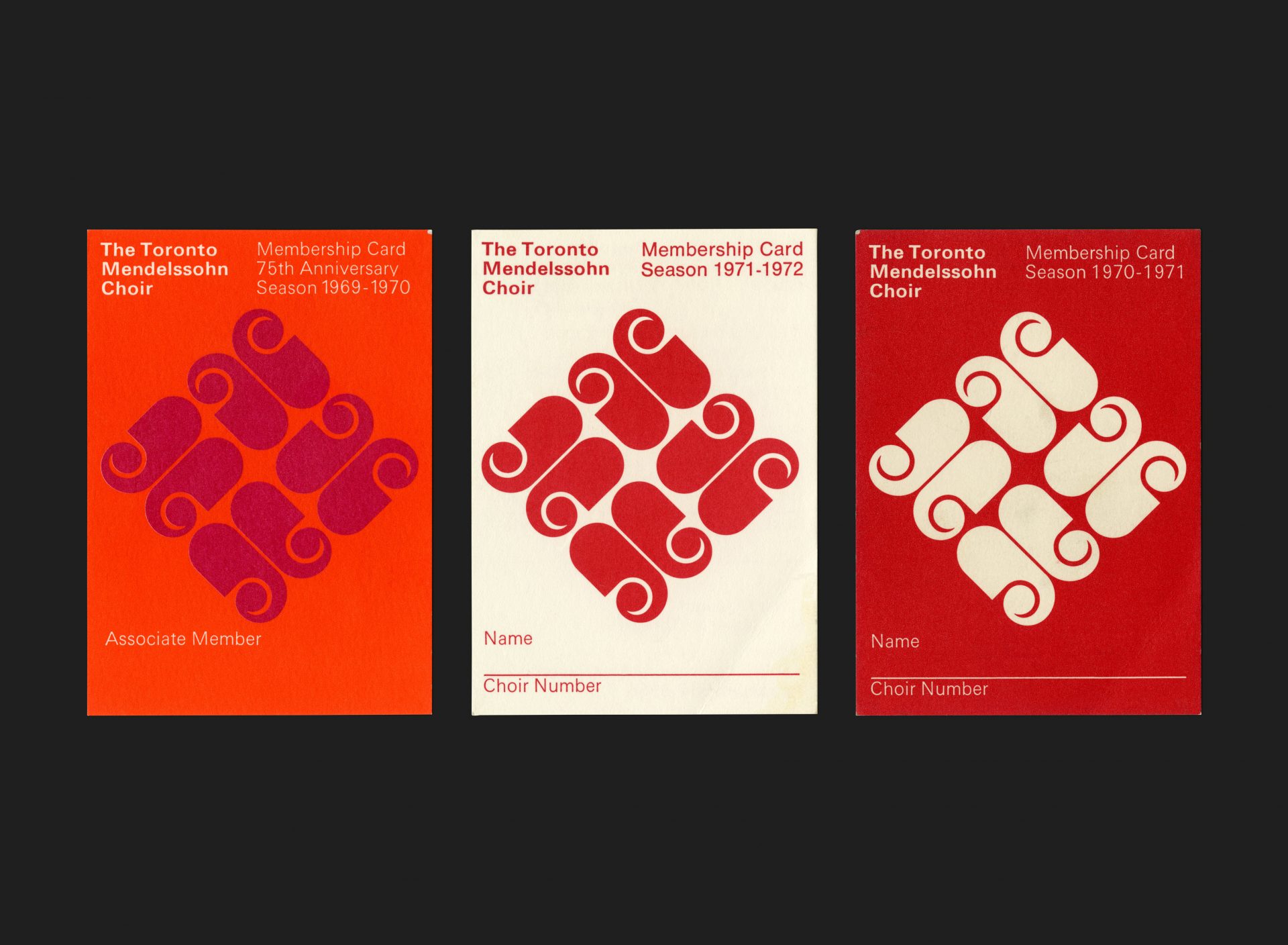 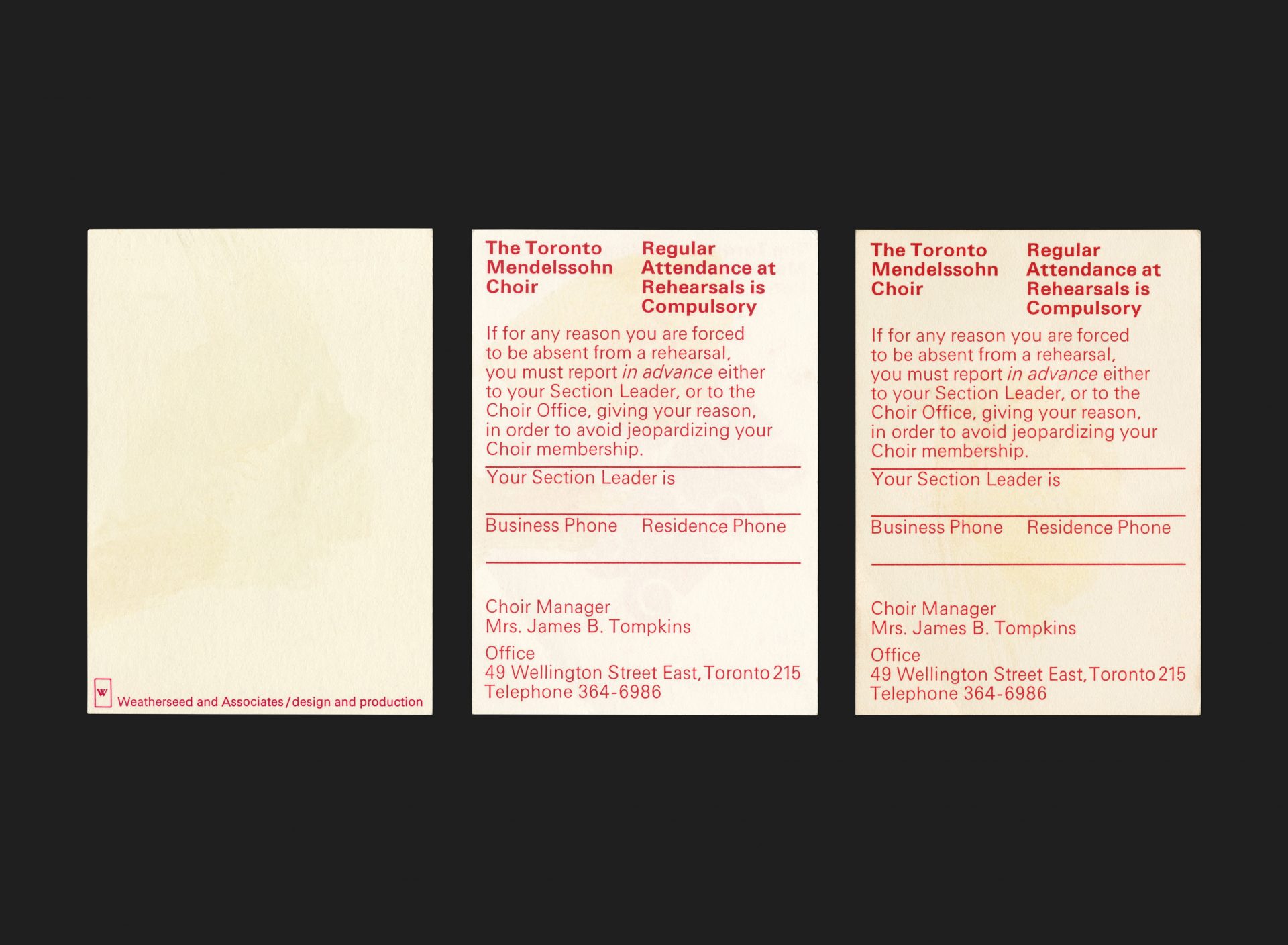 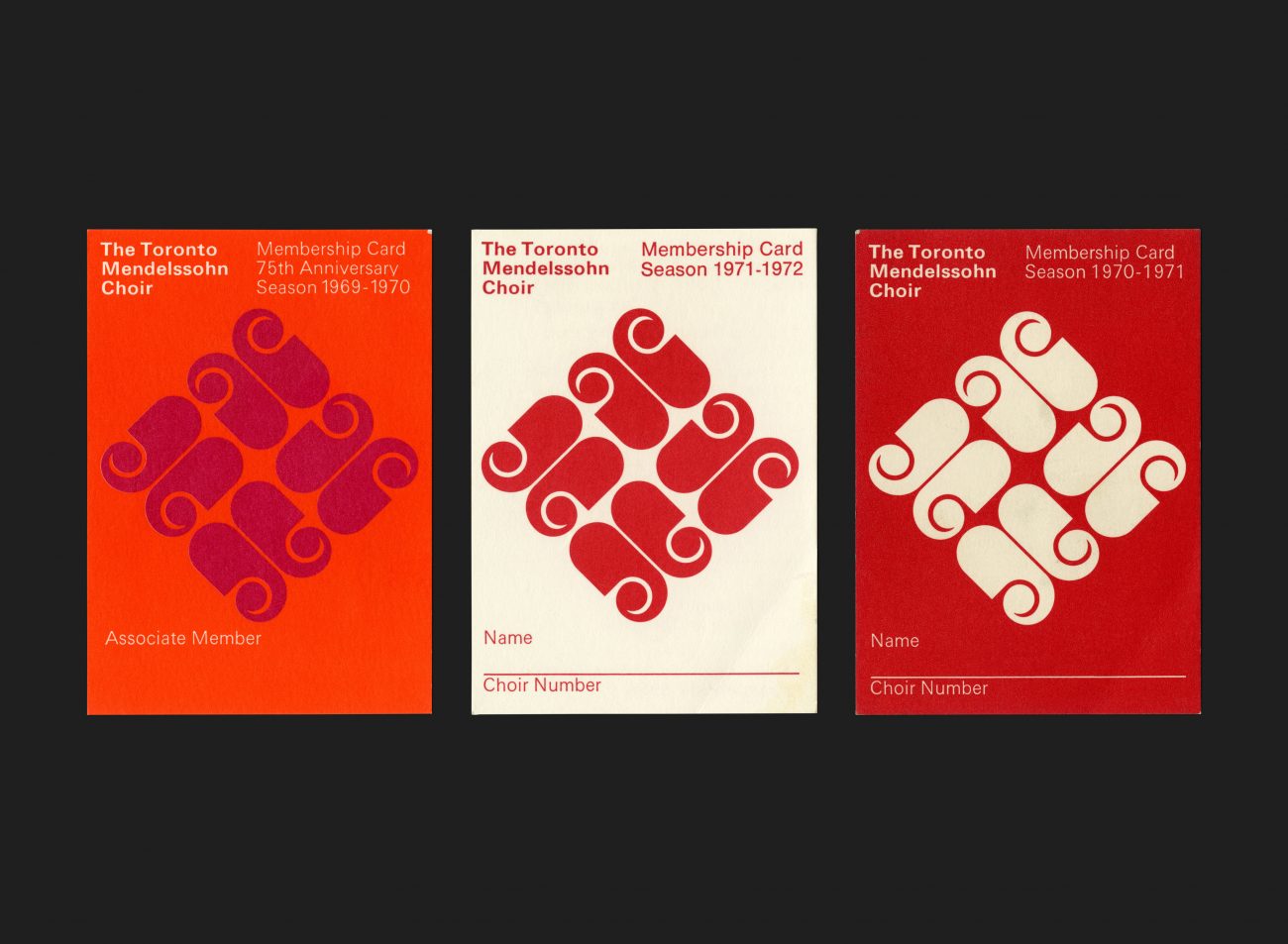 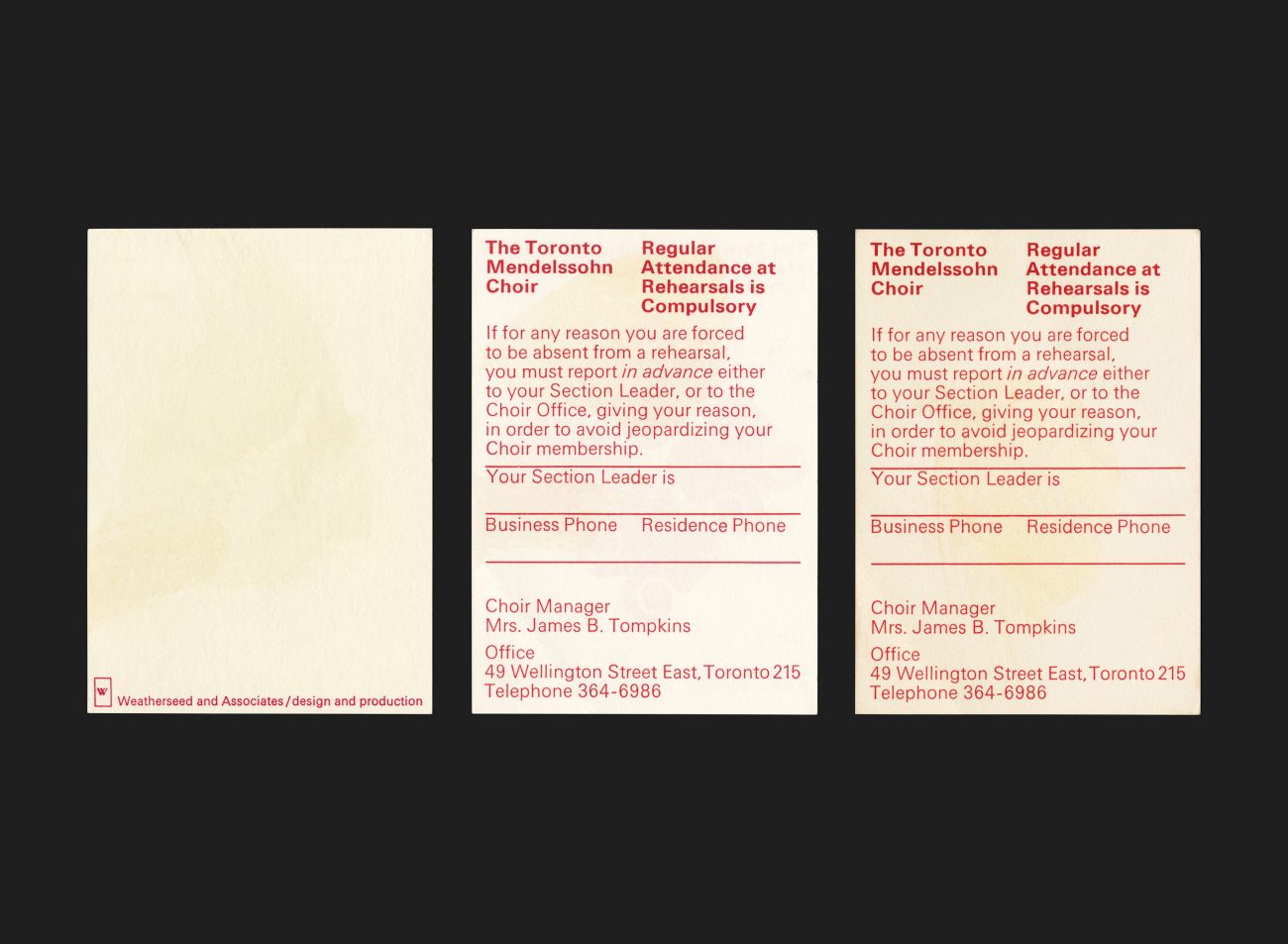 The Toronto Mendelssohn Choir is one of Canada’s oldest, largest and best-known choral ensembles. Founded in 1894 by Augustus Vogt, the Choir presented its first concert in Massey Hall, as part of the hall’s inaugural season, on January 15, 1895.

These membership cards were first introduced for the 1969/70 season, which also coincided with the celebration of The Toronto Mendelssohn Choir’s 75th anniversary. Along with these striking, more contemporary designs, it heralded the introduction of the choir’s new visual identity by Margrit Kapler, who designed it during 1968. Printed on uncoated vellum stock and set in Univers.