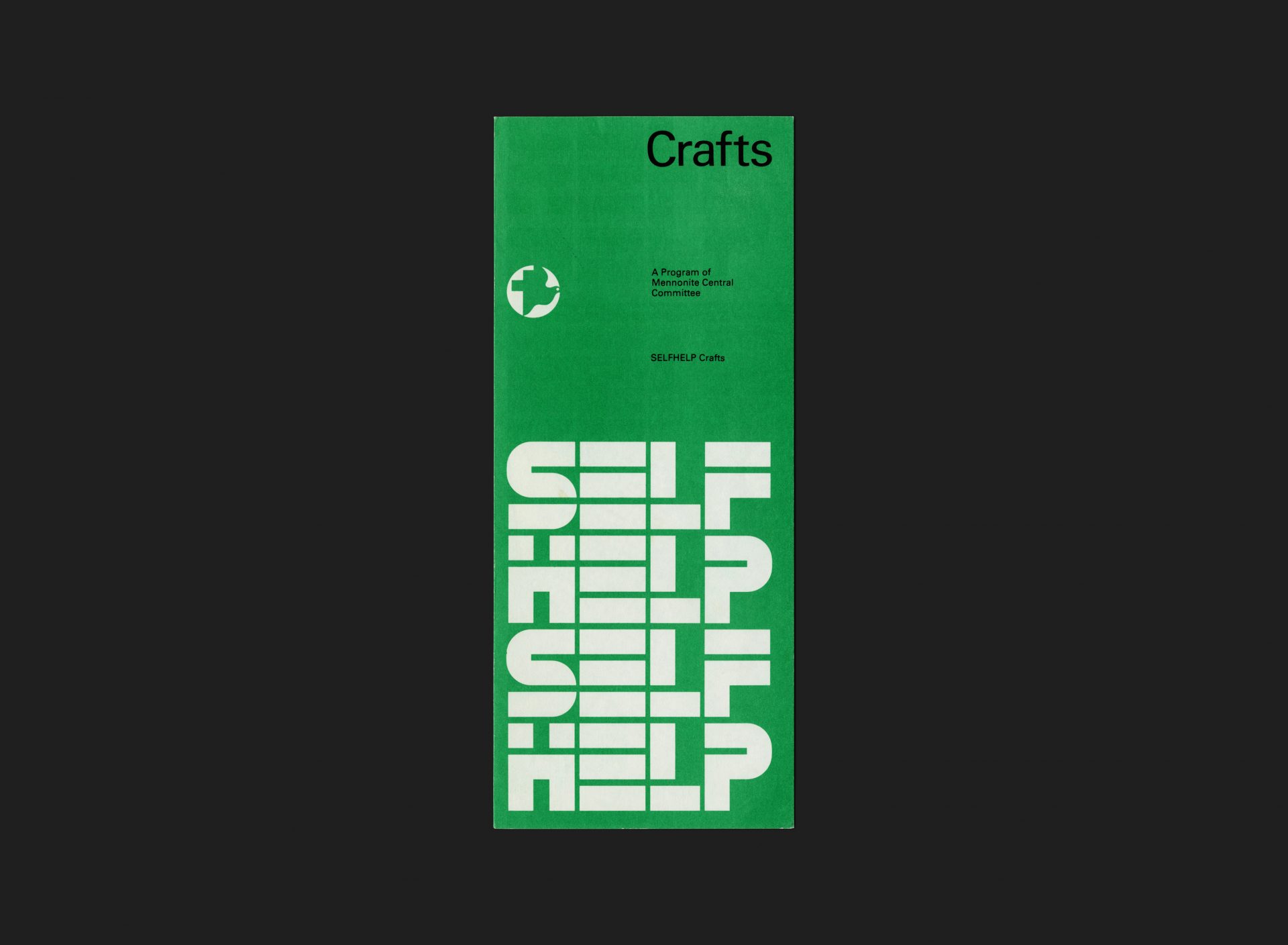 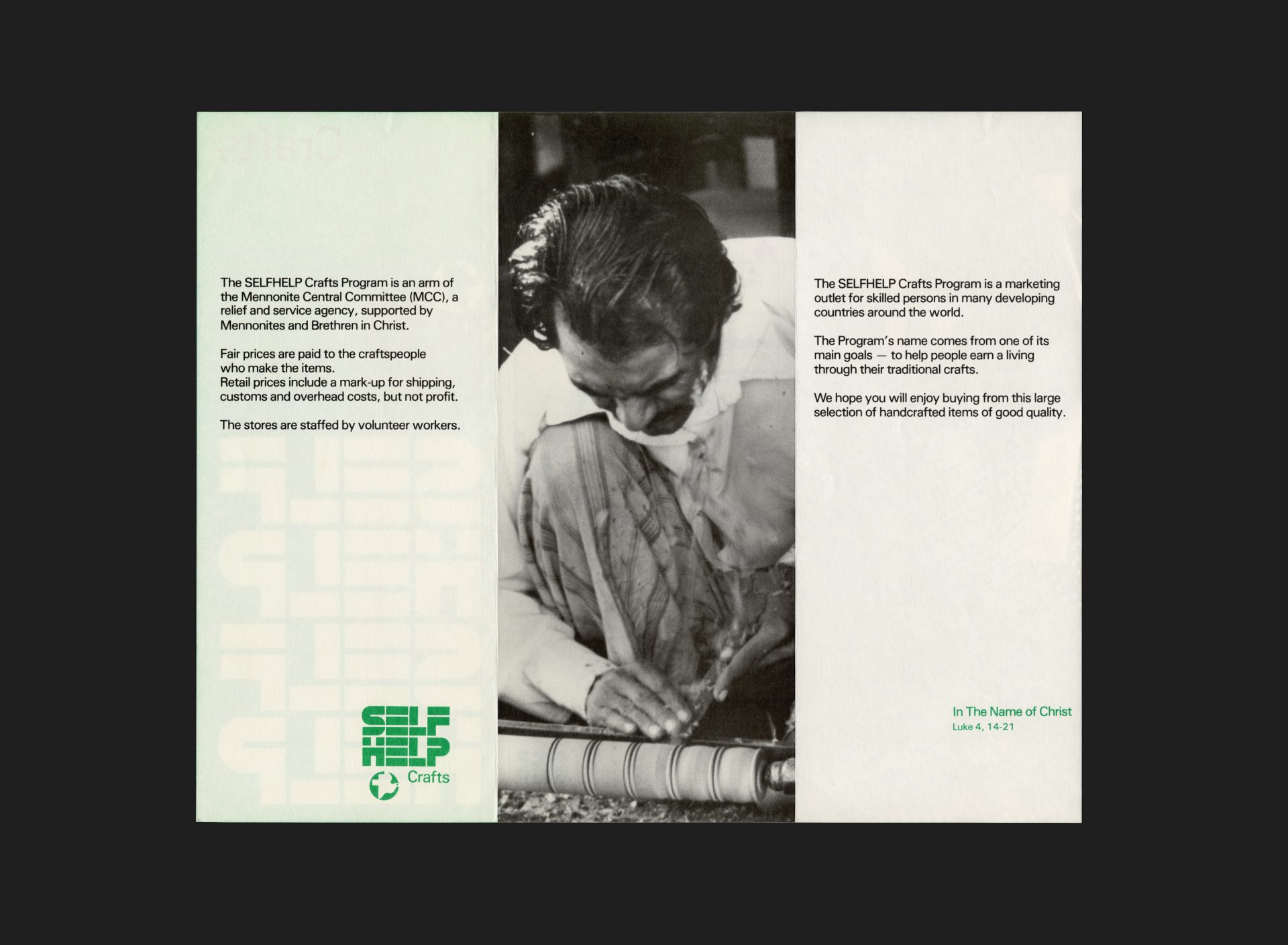 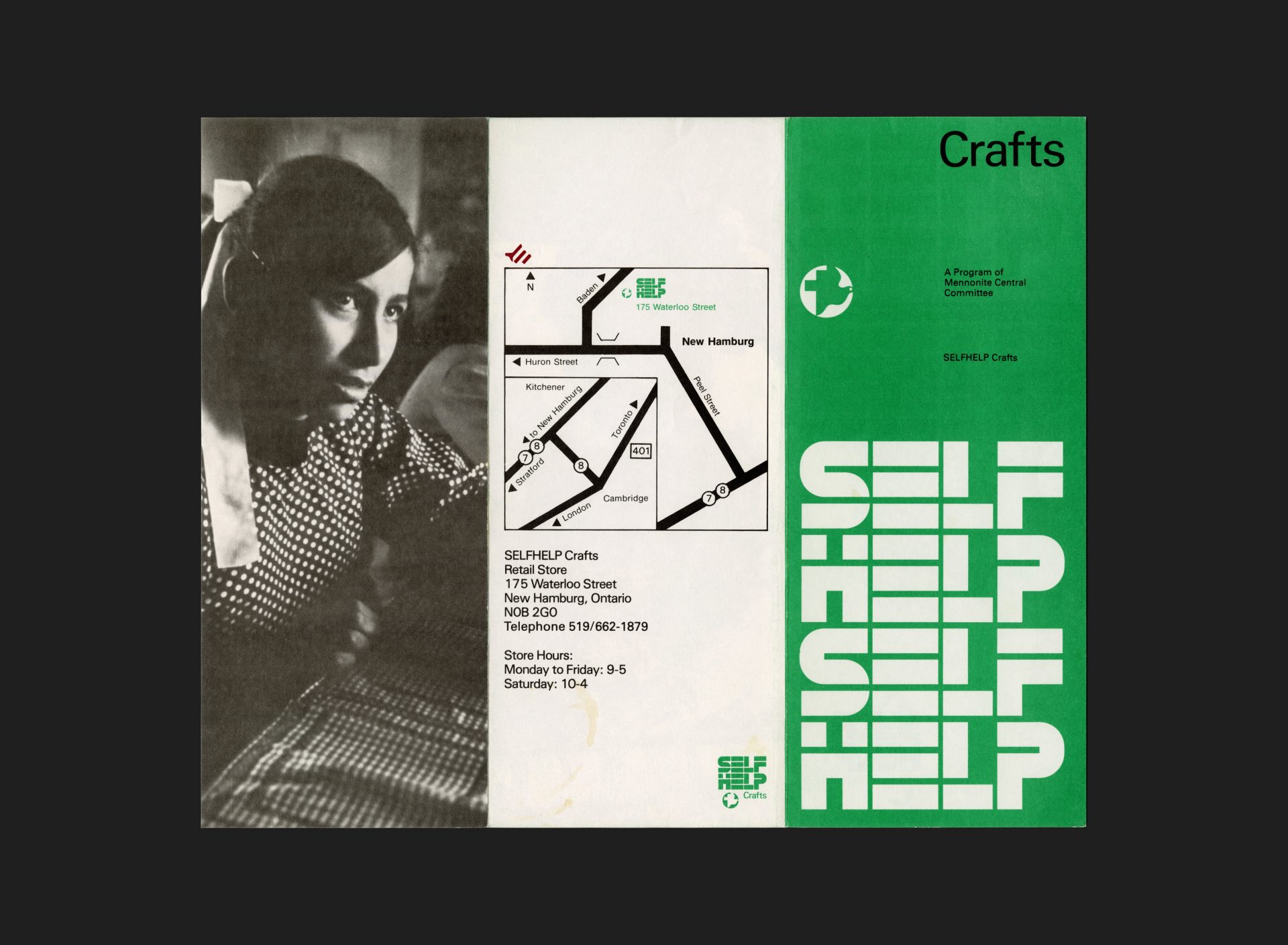 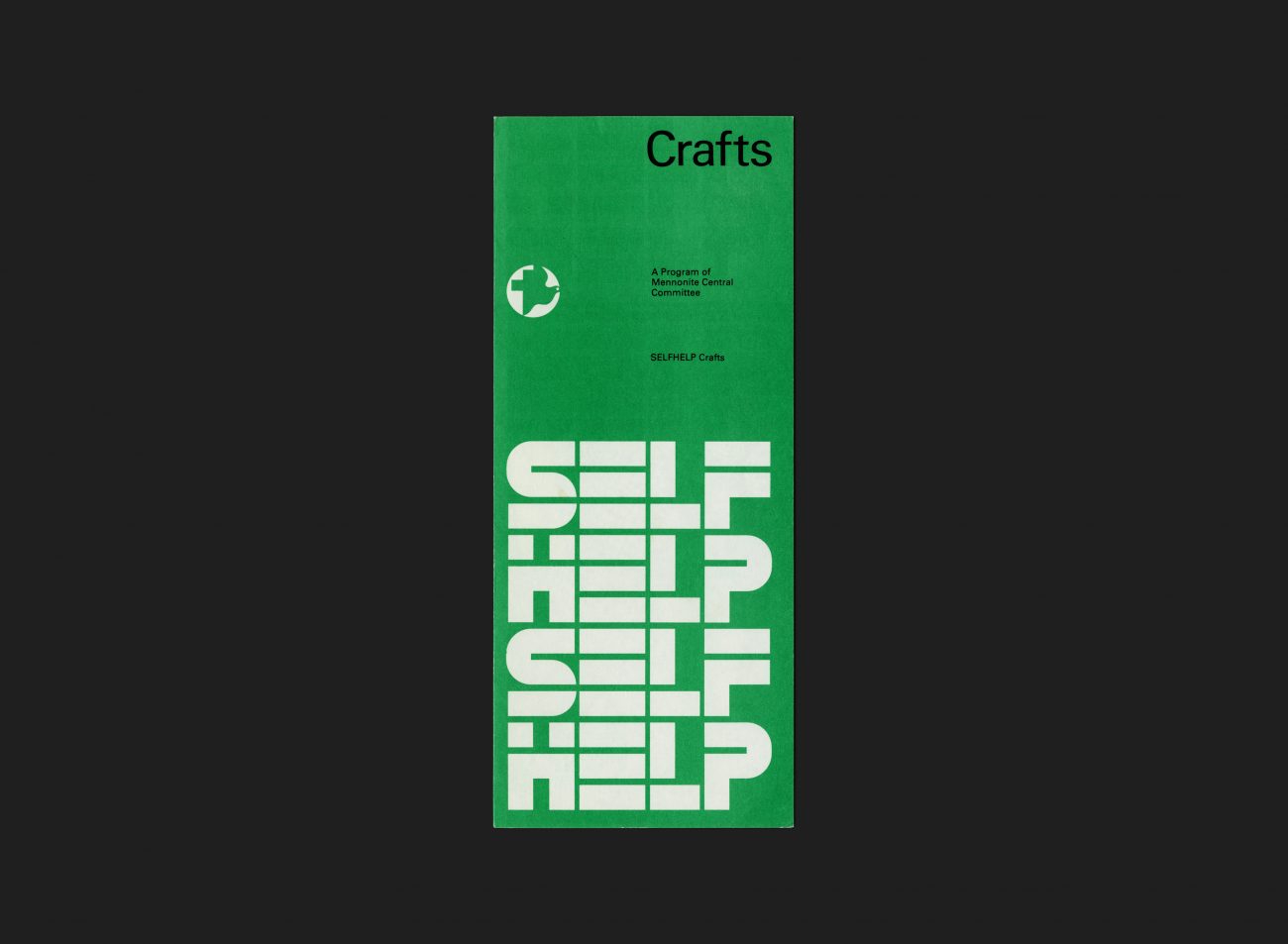 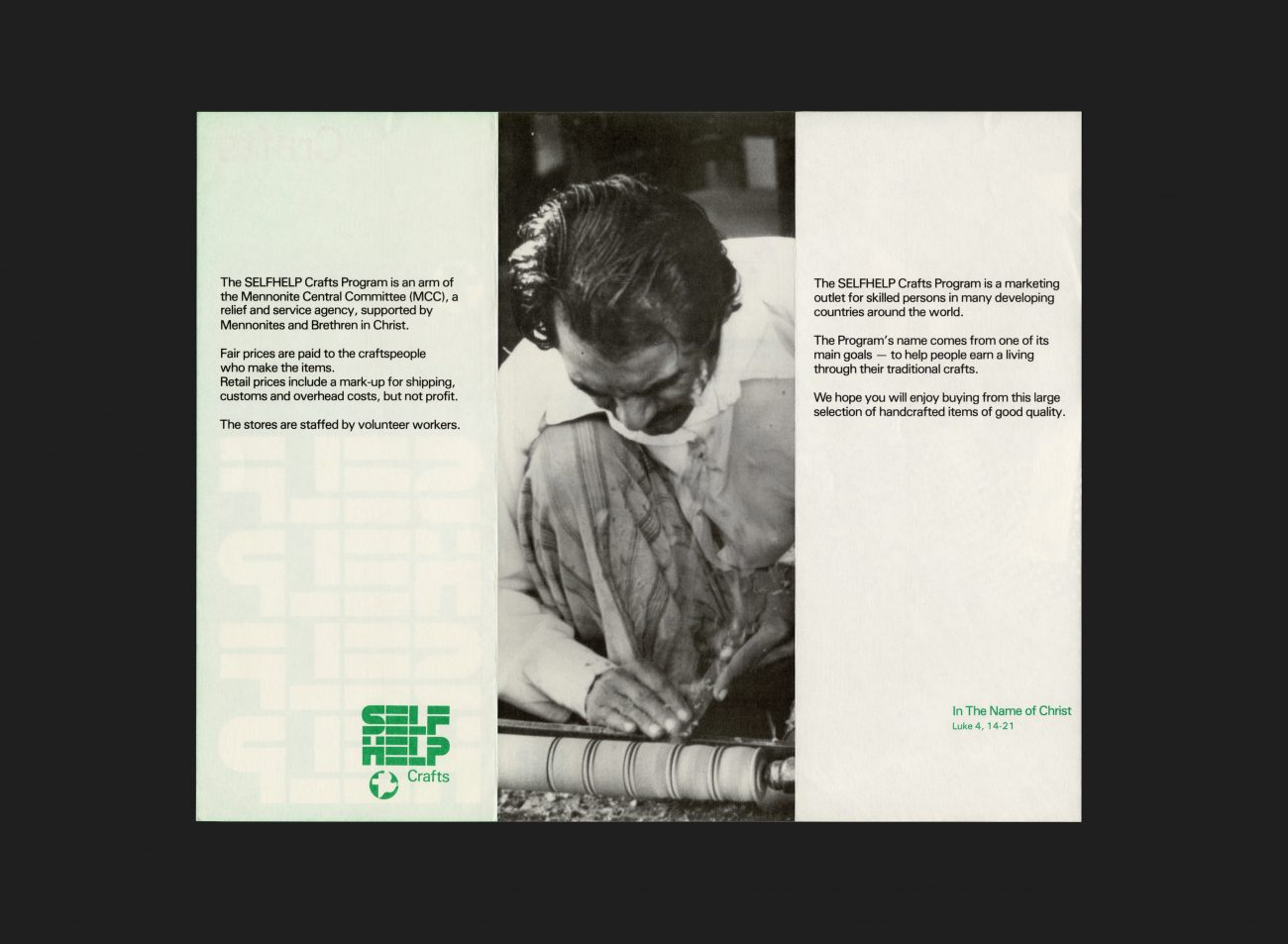 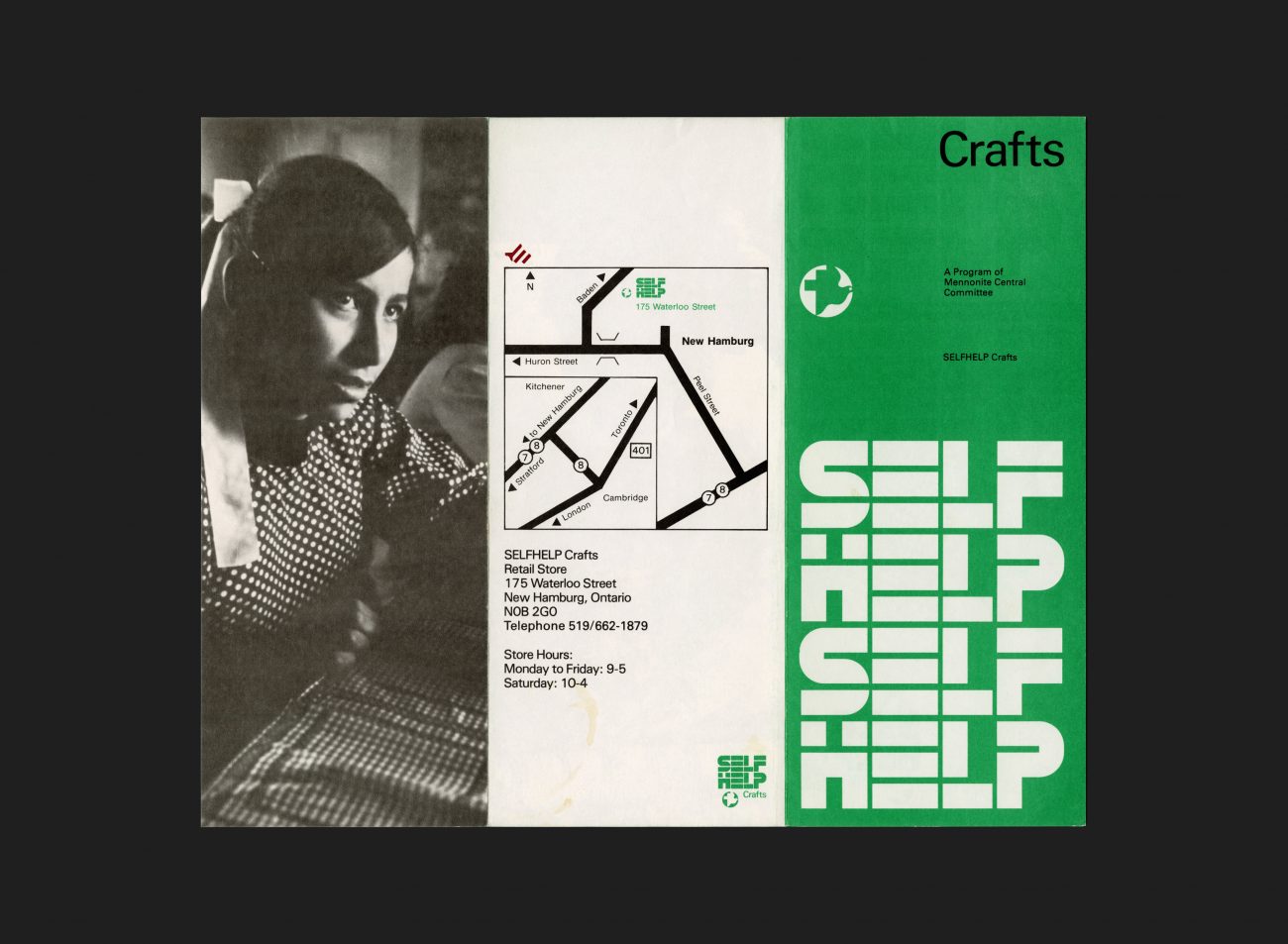 Title: SELFHELP Crafts
A Program of the Mennonite Central Committee

The roots of SELFHELP Crafts stem back to 1946 when Edna Ruth Byler, a volunteer with Mennonite Central Committee (MCC), visited a sewing class in Puerto Rico where she discovered women — living in poverty — who produced beautiful lace. She returned to her home in the US and sold their handicrafts to friends and neighbours. The money was then sent back to the women who produced the work. As these pieces became more popular, cross-stitch needlework from Palestinian refugees and hand-carved Haitian wooden crafts were added to her inventory. The project continued to grow from Edna’s basement, as she worked with more and more communities worldwide and in 1958, the first retail shop was opened. In 1965, marketing in Canada began when the Canadian Overseas Needlework and Crafts Project launched in Saskatchewan. In 1972, the first SELFHELP Crafts store opened in Altona, Manitoba and nine years later, in July 2081, the Canadian headquarters, retail store and warehouse opened in New Hamburg, Ontario under the direction of Herman Neff.

With the help of thousands of customers and volunteers, this program evolved into an alternative trading organization which ultimately became the roots of the global movement now known as ‘Fair Trade’.

To coincide with the launch of the opening of the new headquarters and store in New Hamburg, Glenn Fretz designed a suite of marketing materials including this simple 6 page promotional leaflet. Printed in black and green (the organization’s corporate colour), this piece introduces SELFHELP Craft’s mission and features black and white imagery of the skilled artisans at work in developing countries. As well as this collateral, Fretz created the SELFHELP wordmark, a monospace geometric design that utilises the repetition of the letter ‘E’ to create a ladder — a visual metaphor for climbing out of poverty. The wordmark was adopted by the wider organization and was used across North America until 1996 when the name was changed to Ten Thousand Villages. Fellow Mennonite designer Kenneth Hiebert developed the MCC ‘dove and cross’ symbol in 1965.