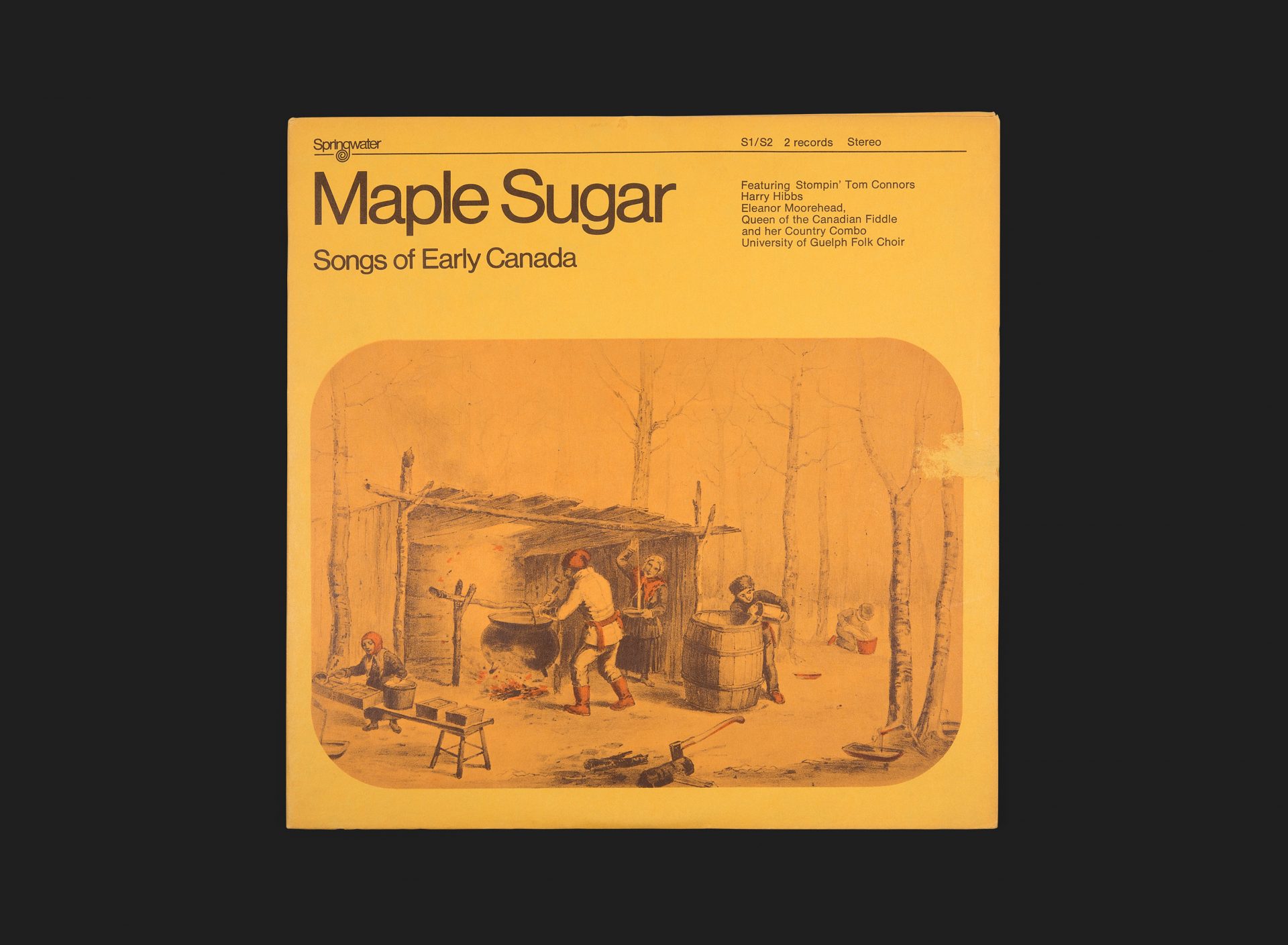 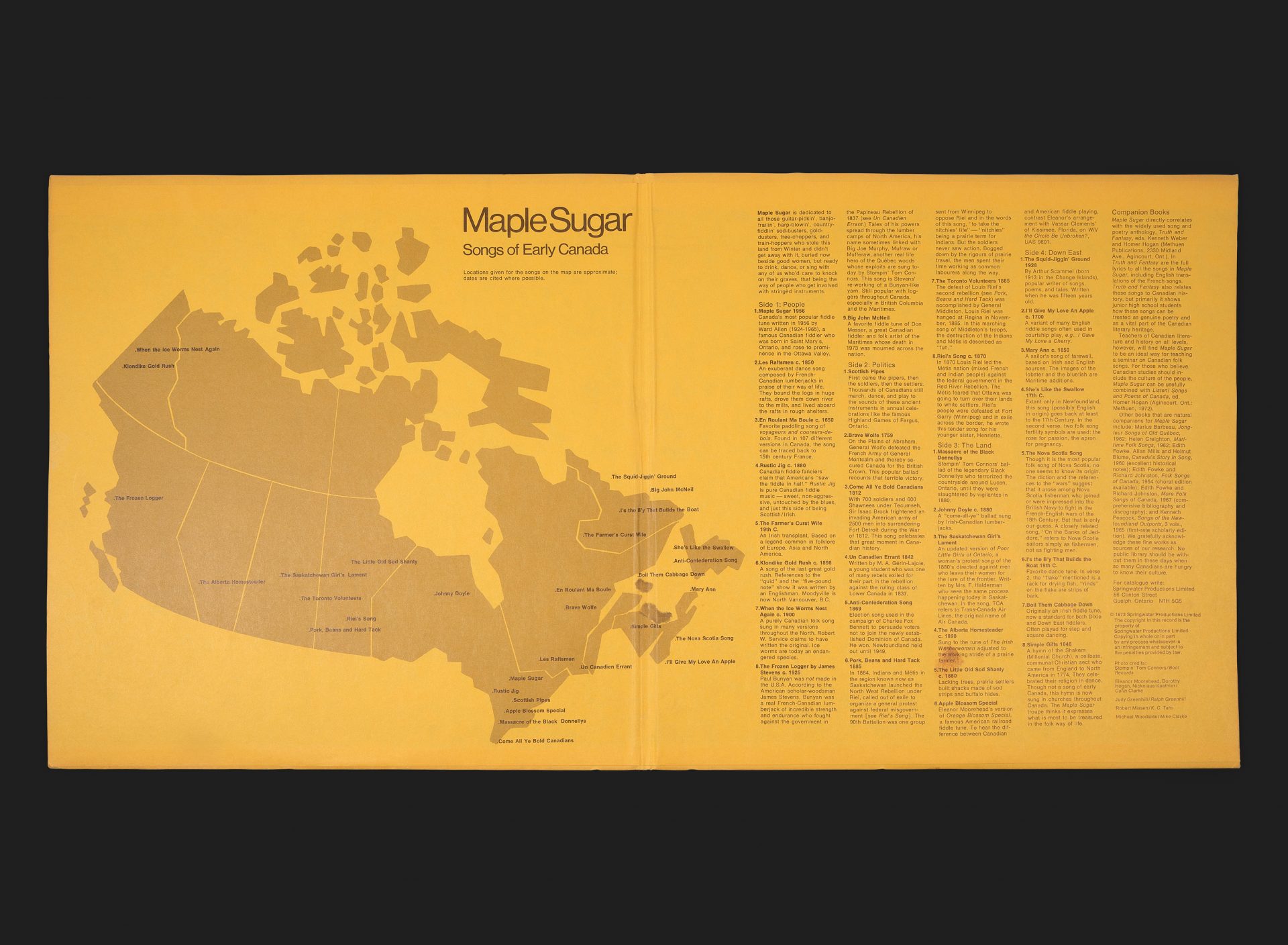 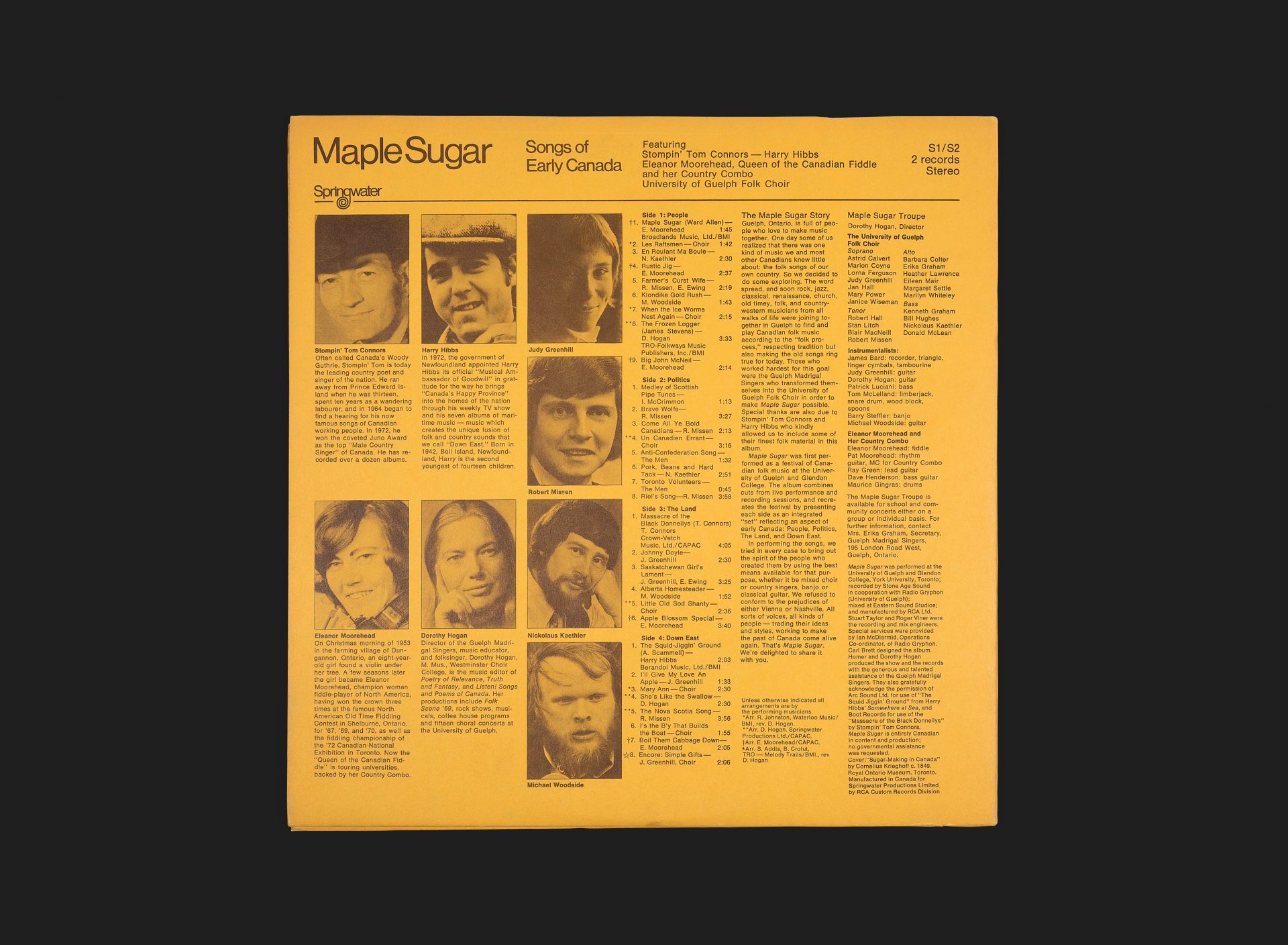 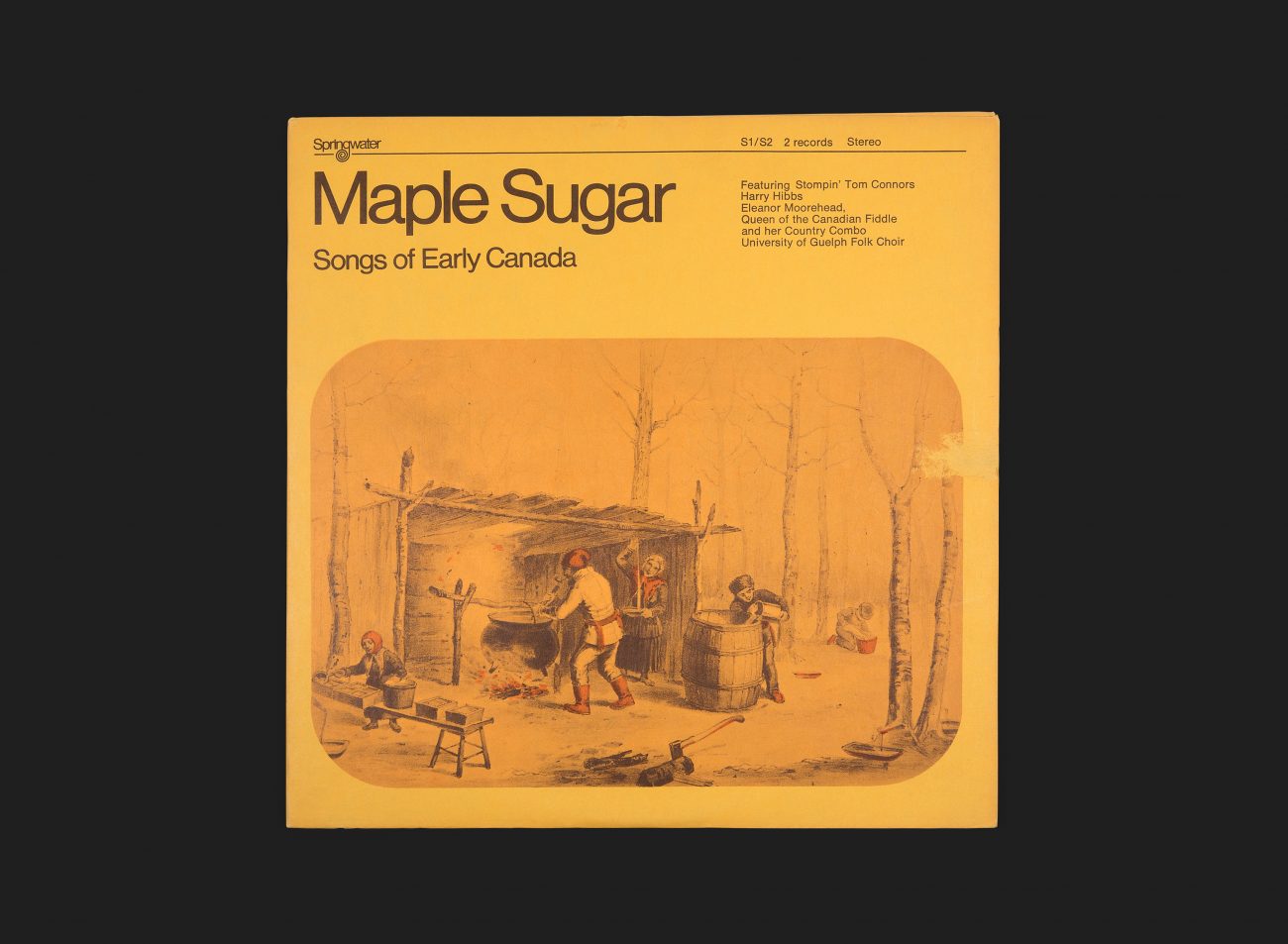 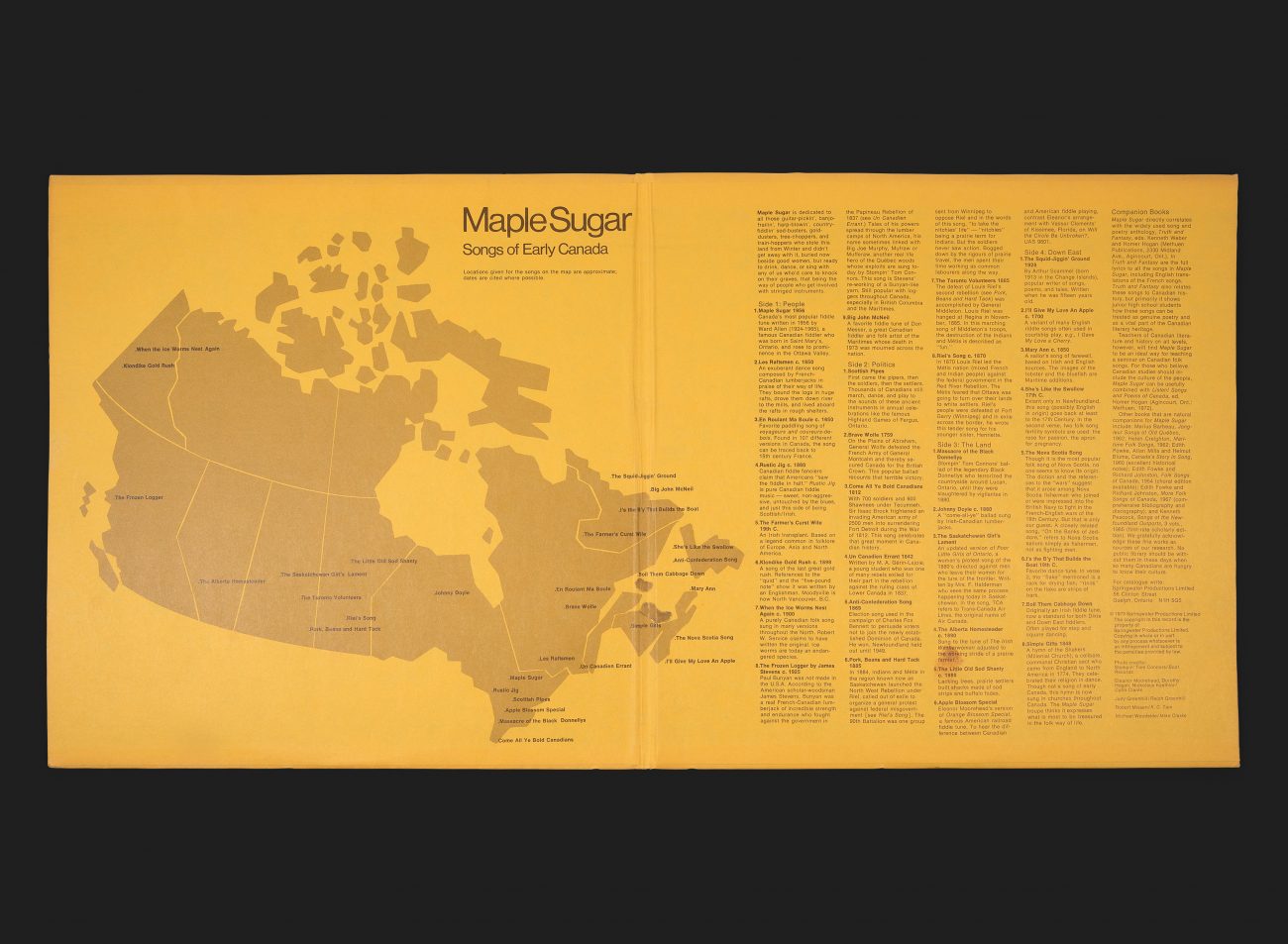 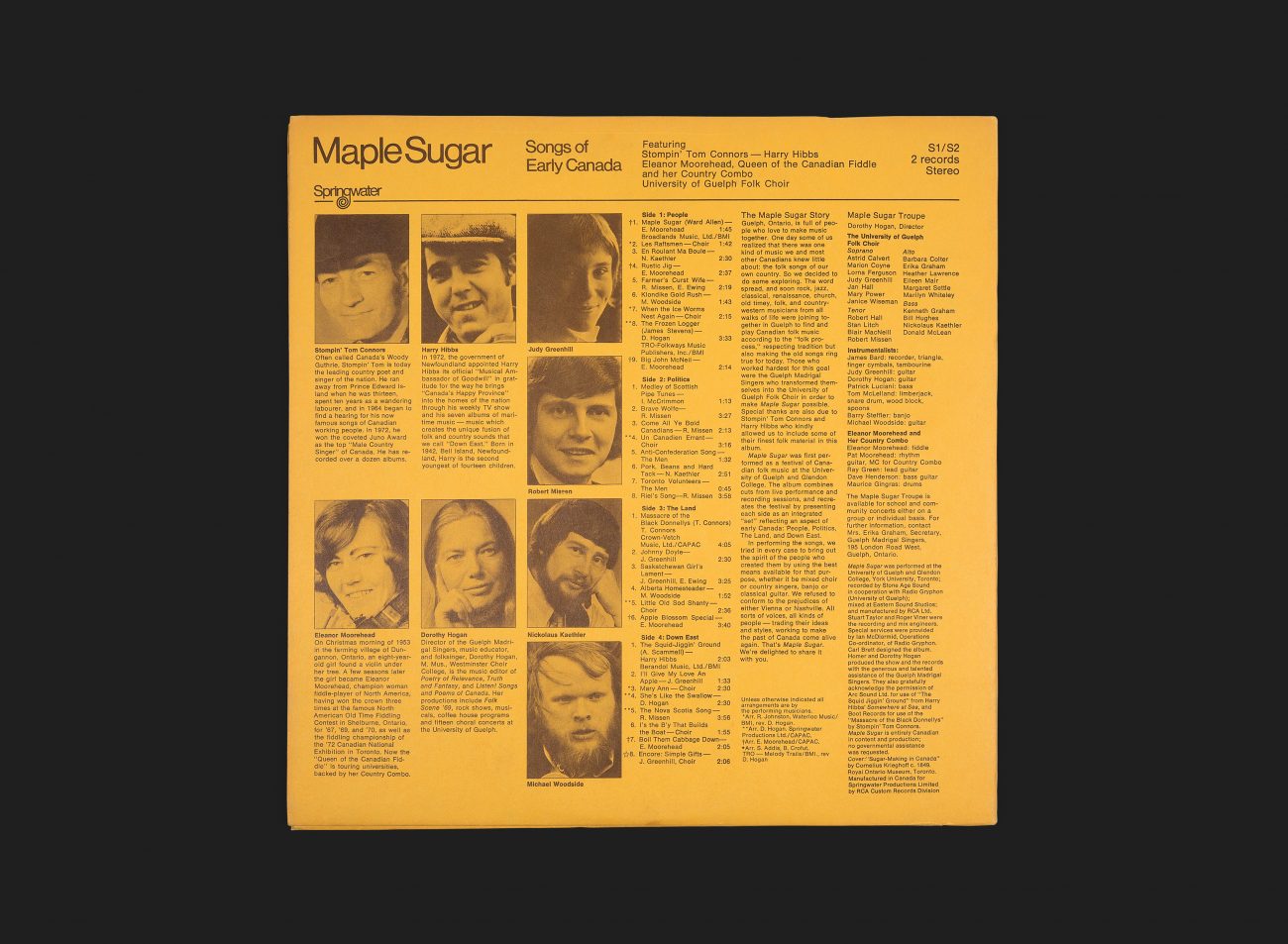 Maple Sugar, Songs of Early Canada is a double album of Canadian folk songs by Springwater Productions, originally performed at Guelph University and Glendon College, Ontario. The sleeve takes a traditional illustration, entitled ‘Sugar-Making in Canada’ by Cornelius Krieghoff c. 1849 and unexpectedly applies it over a six-column typographic layout, everything overprinted onto a rich golden base colour — giving the resulting print a glorious mellow hue. The sleeve is printed on an unusually pulpy, highly fibrous, uncoated board — reinforcing Canada’s natural resources and the ‘Maple’ theme of the album.

Songs are arranged across the four sides, with each side given a specific theme – People, Politics, The Land and Down East. The sleevenotes include a stylised national map, marking approximate origins of each song.

The result is the perfect representation of the Canada Modern philosophy — disciplined, restrained typography paired with a relaxed, human-centred spirit, sensitive of its subject matter. As quirky and interesting as the song titles themselves.