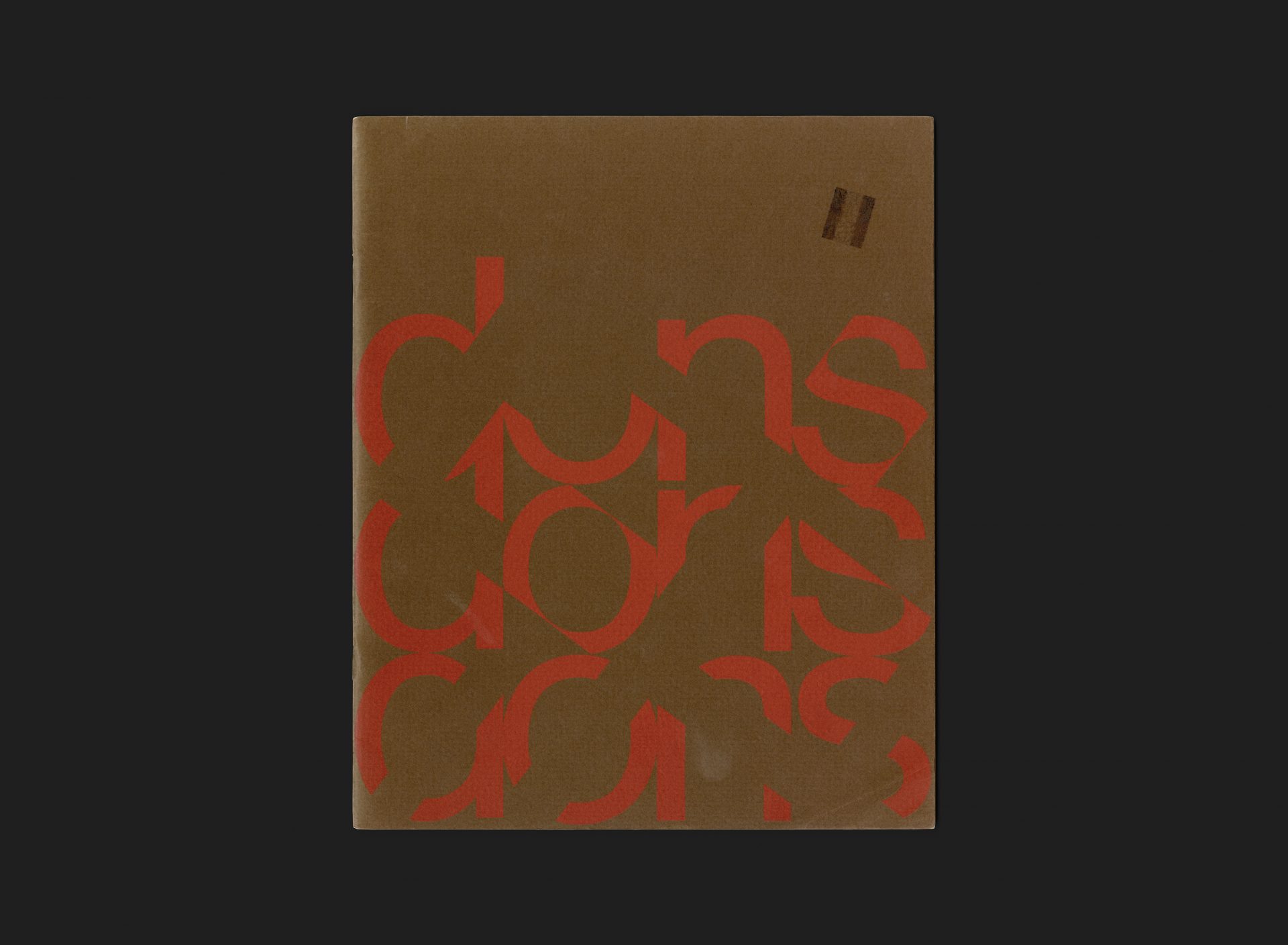 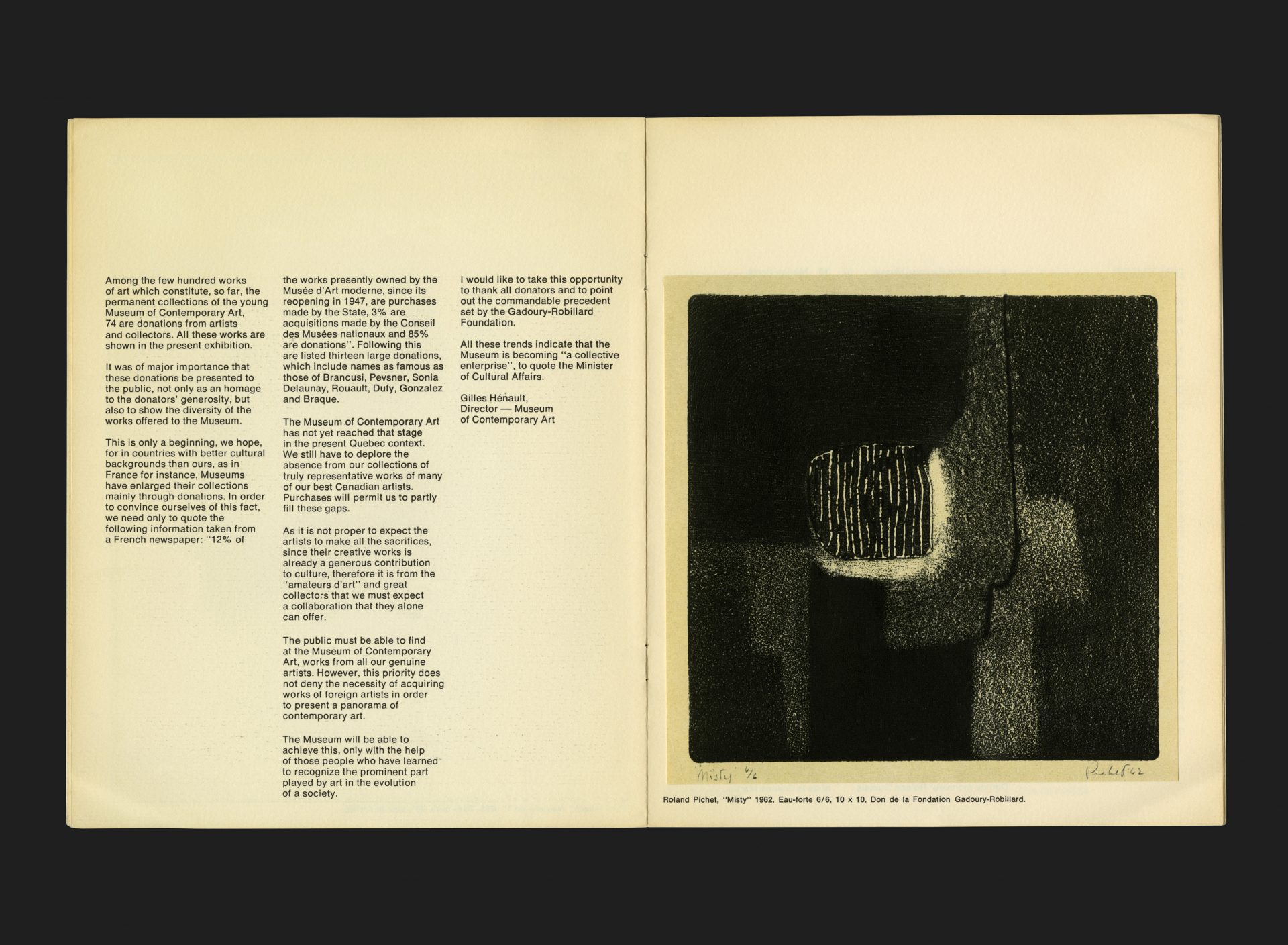 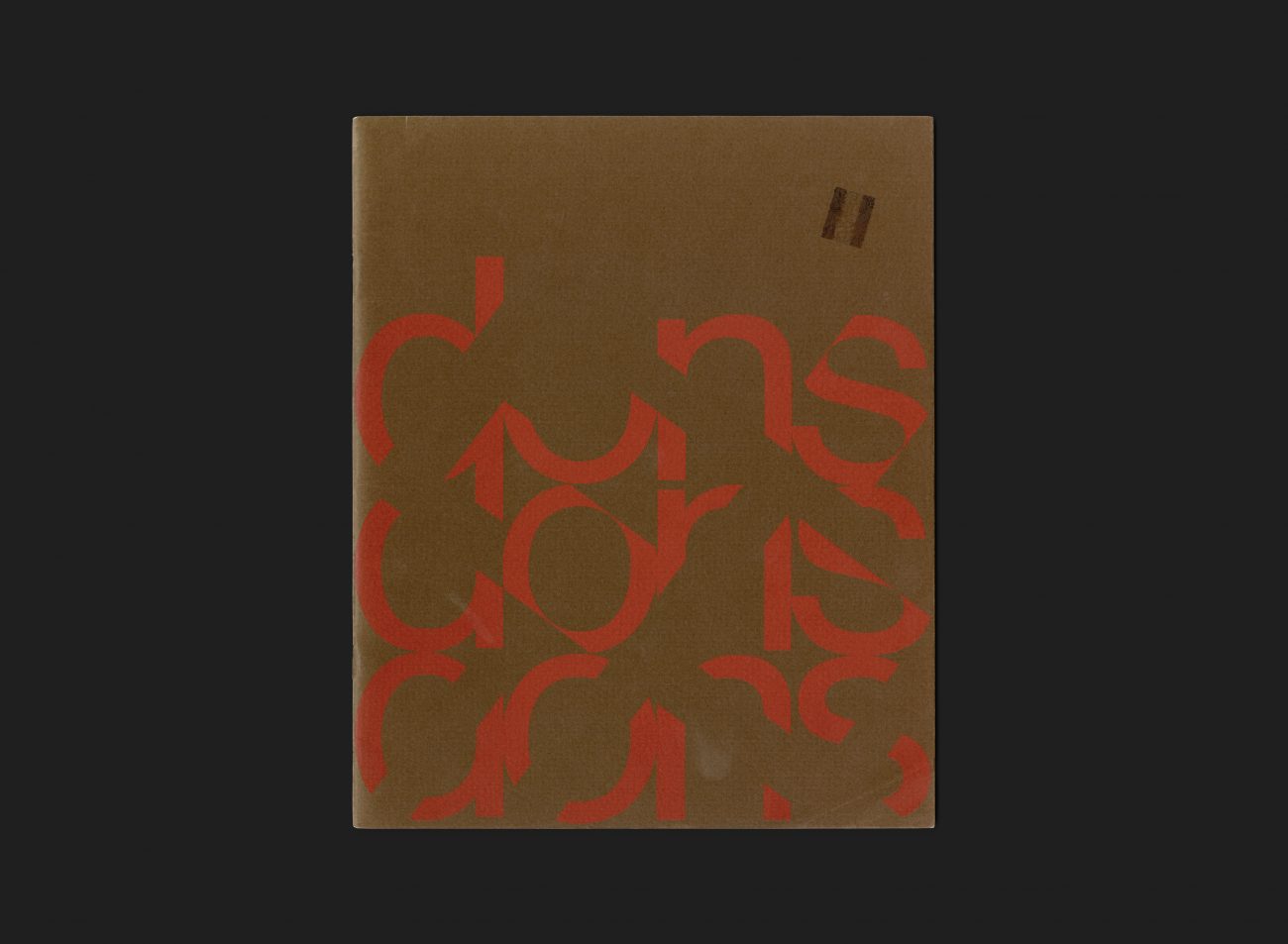 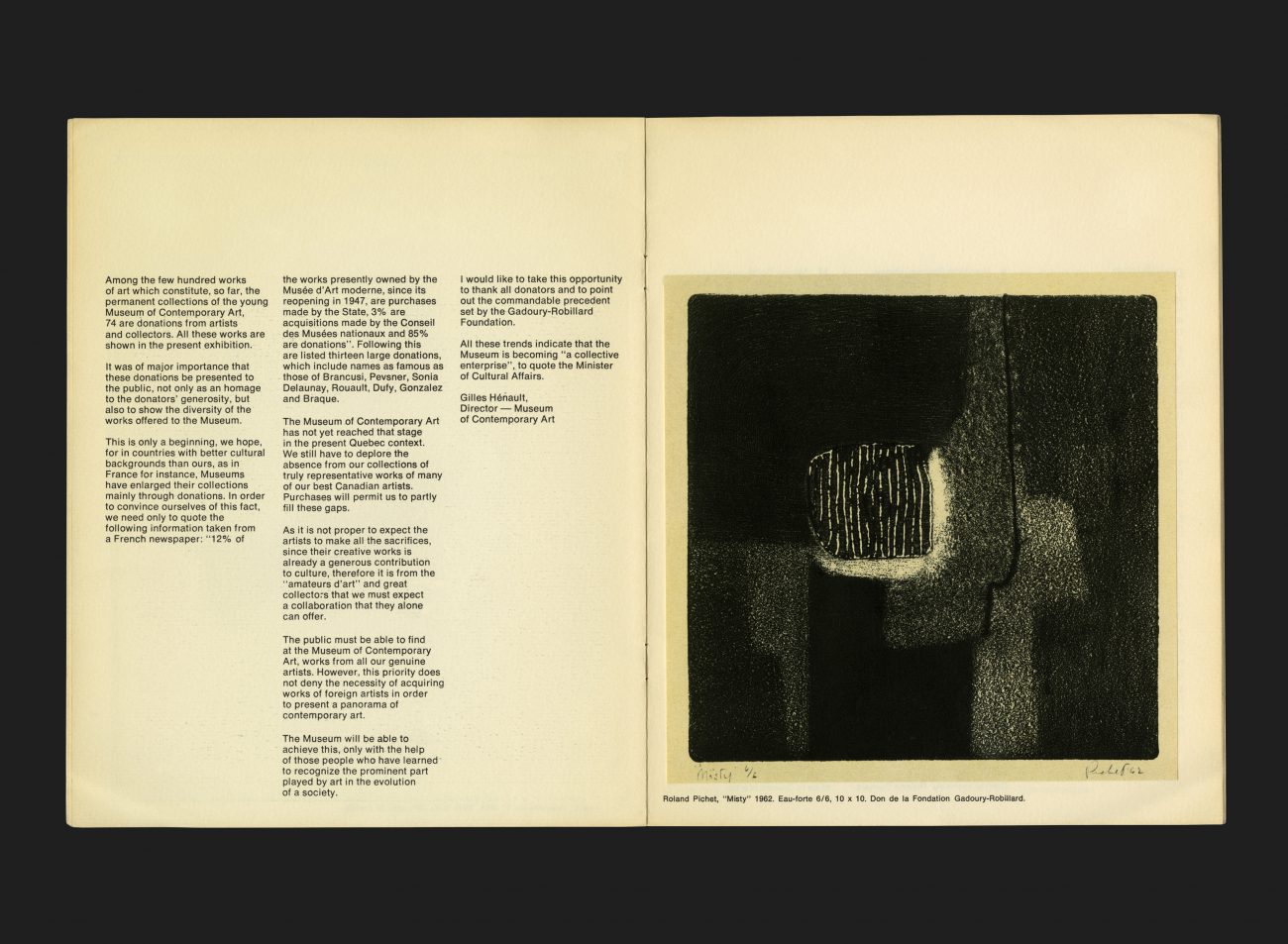 Founded in 1964 by the The Ministry of Cultural Affairs (Québec government), the Musée d’art contemporain de Montréal was established by the desire of provincial artists and collectors looking to build a collection of contemporary works by artists from Montréal, Québec, Canada and around the world.

Initially opening its doors in March 1965 within temporary premises at Place Ville-Marie, the museum then moved to Château Dufresne on rue Sherbrooke in 1965. It was during this period that this catalogue was produced (June 1966). Following the success of Expo 67, the museum relocated onto the site of the Gallery of International Art, at the Cité du Havre in 1968. After 24 years, in 1992, the museum made its final move to Sainte-Catherine Street, in the Place des Arts, where it remains today.

In 1966, among the few hundred works of art which constituted the permanent collection of this young Museum, 74 represented donations from artists and collectors. It was of major importance that these donations be presented to the public, not only as an homage to the donators’ generosity, but also to show the diversity of the works offered to the Museum. It was hoped that in doing so it would attract further donations, ultimately seeing the museum’s collection grow to become truly representative of the best of Canadian art.

The design of this catalogue’s cover takes a textured, uncoated cover stock with a flood of brown ink, and emblazons the front face with red abstracted typography — 3 lines of the word ‘dons’ (‘donations’ in English). The inside text pages are printed in black ink only, on a 3 column grid and set in Helvetica. The piece de la resistance, however, is the tipping-in of 3 individually placed images of works from the collection, one of which is in colour (the 1964 piece ‘les migrateurs’ by Gérald Tremblay). Shown here (on the spread) is ‘Misty’ by Roland Pichet (1962).