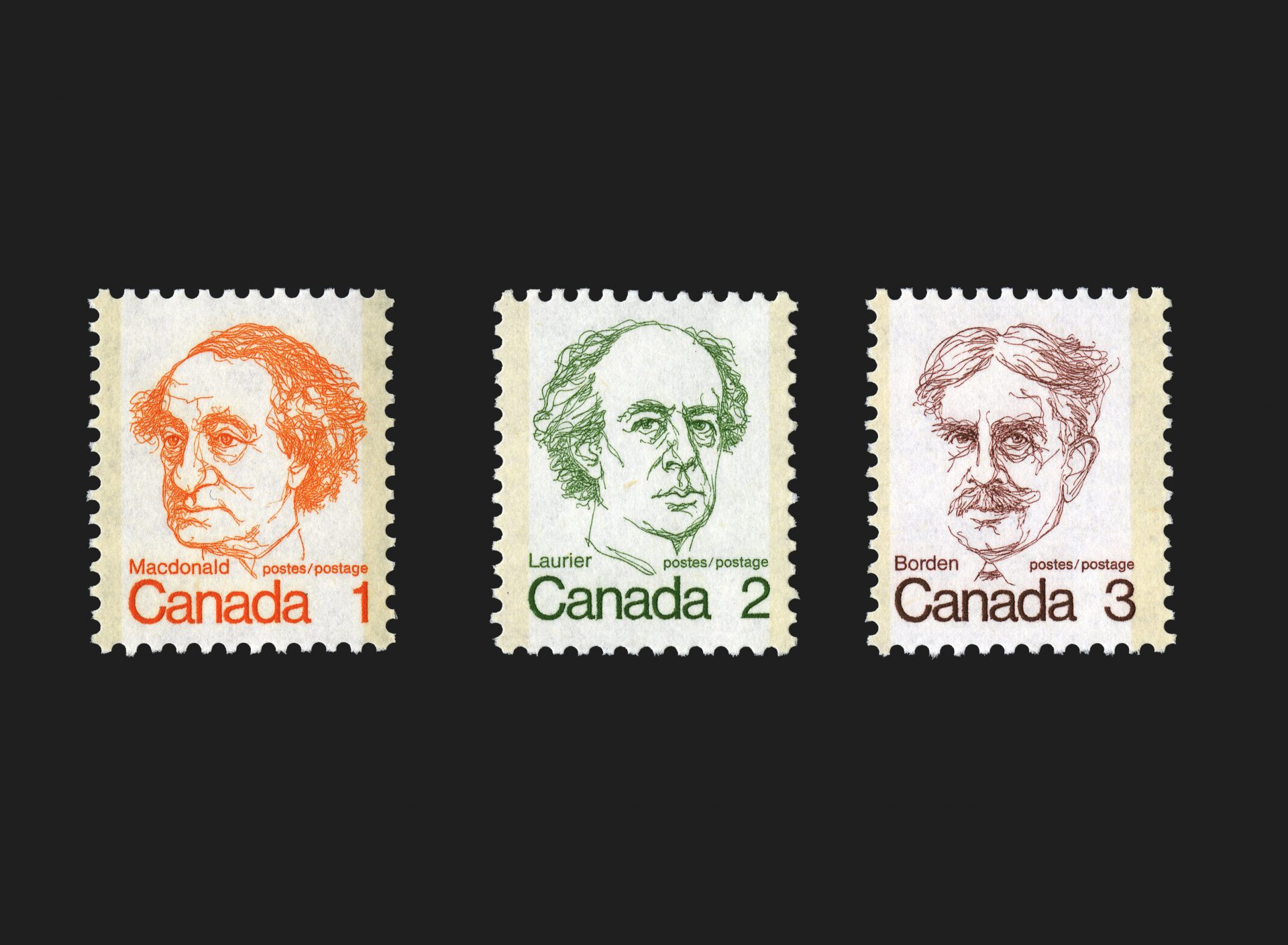 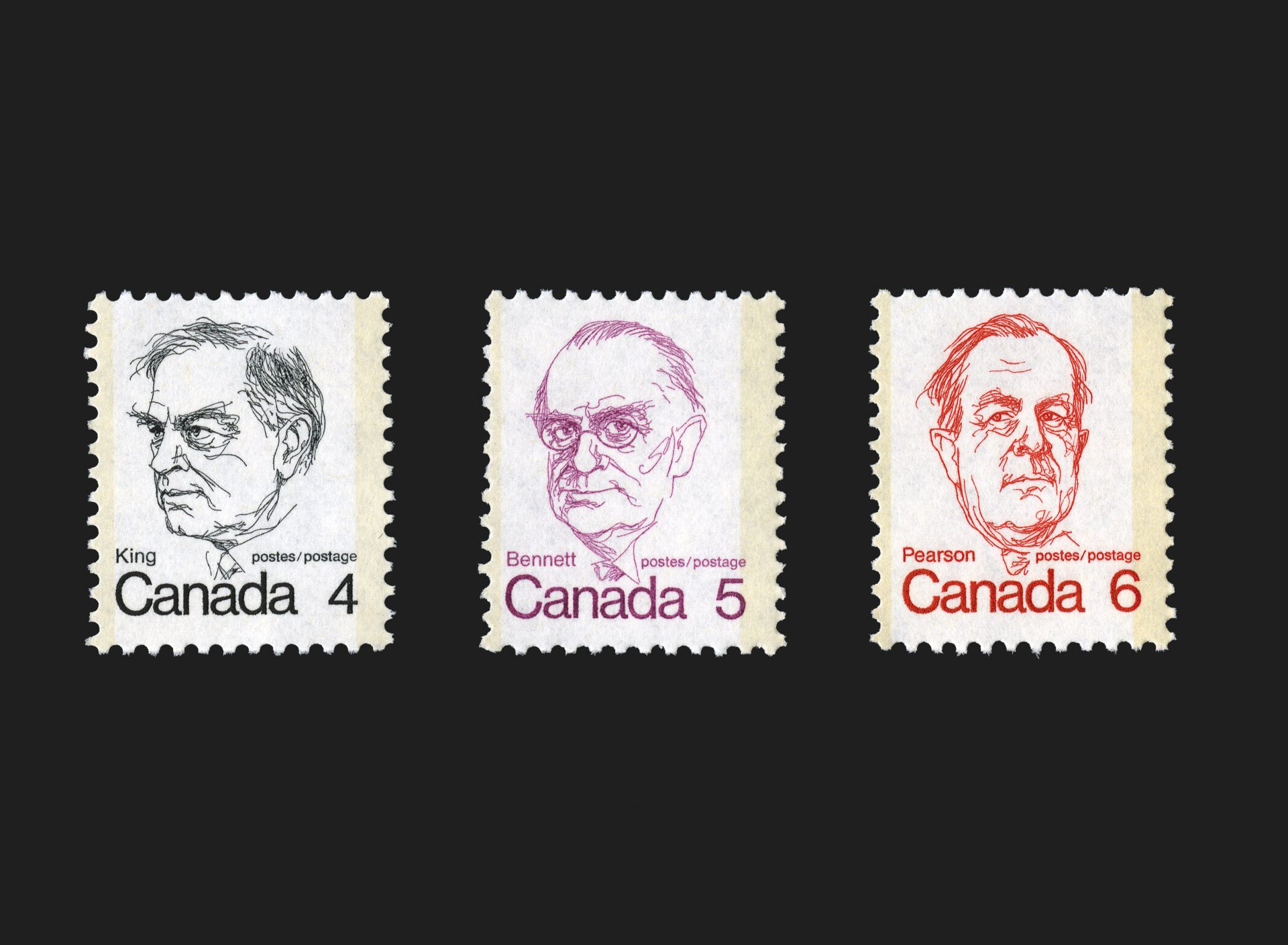 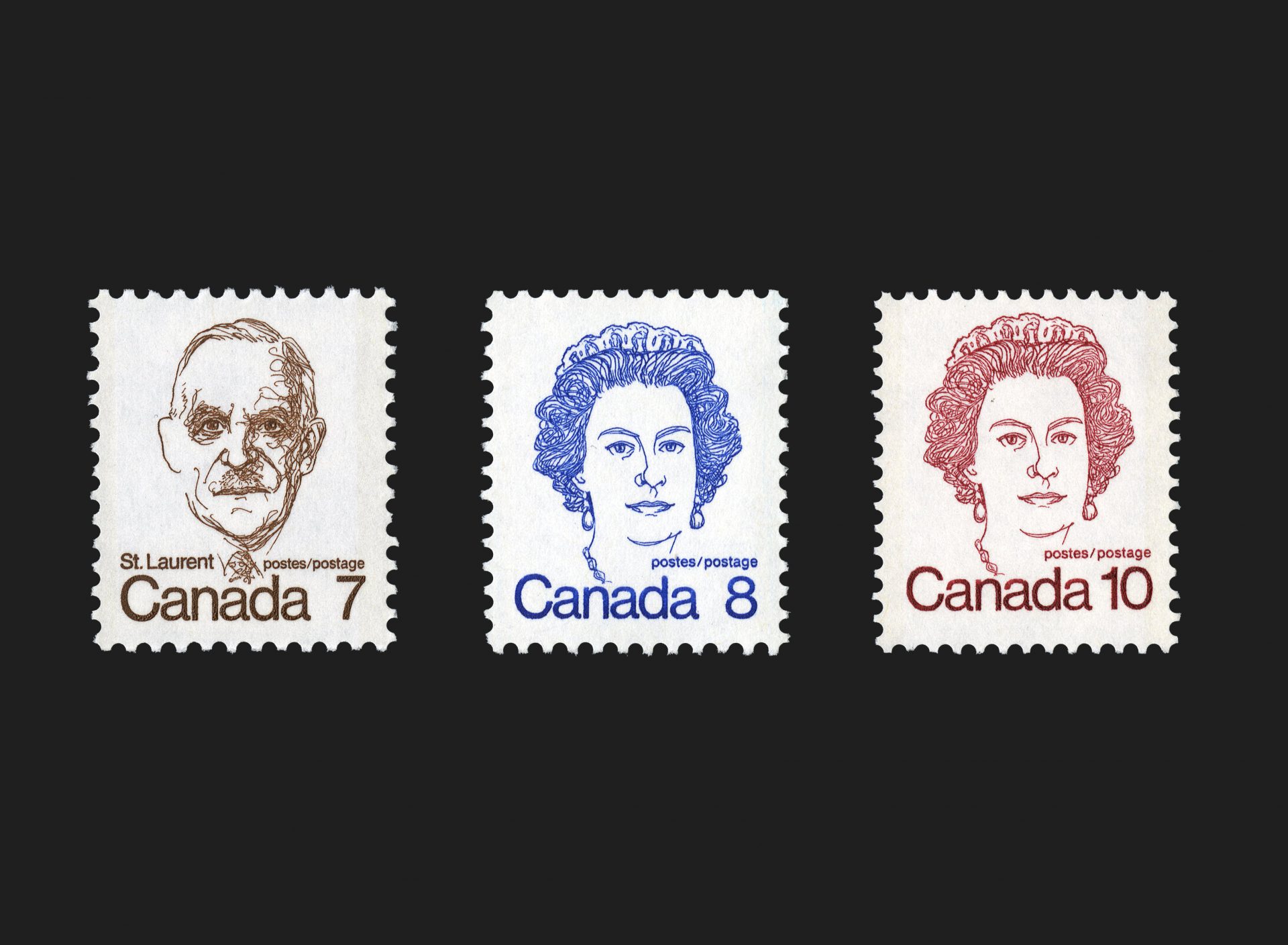 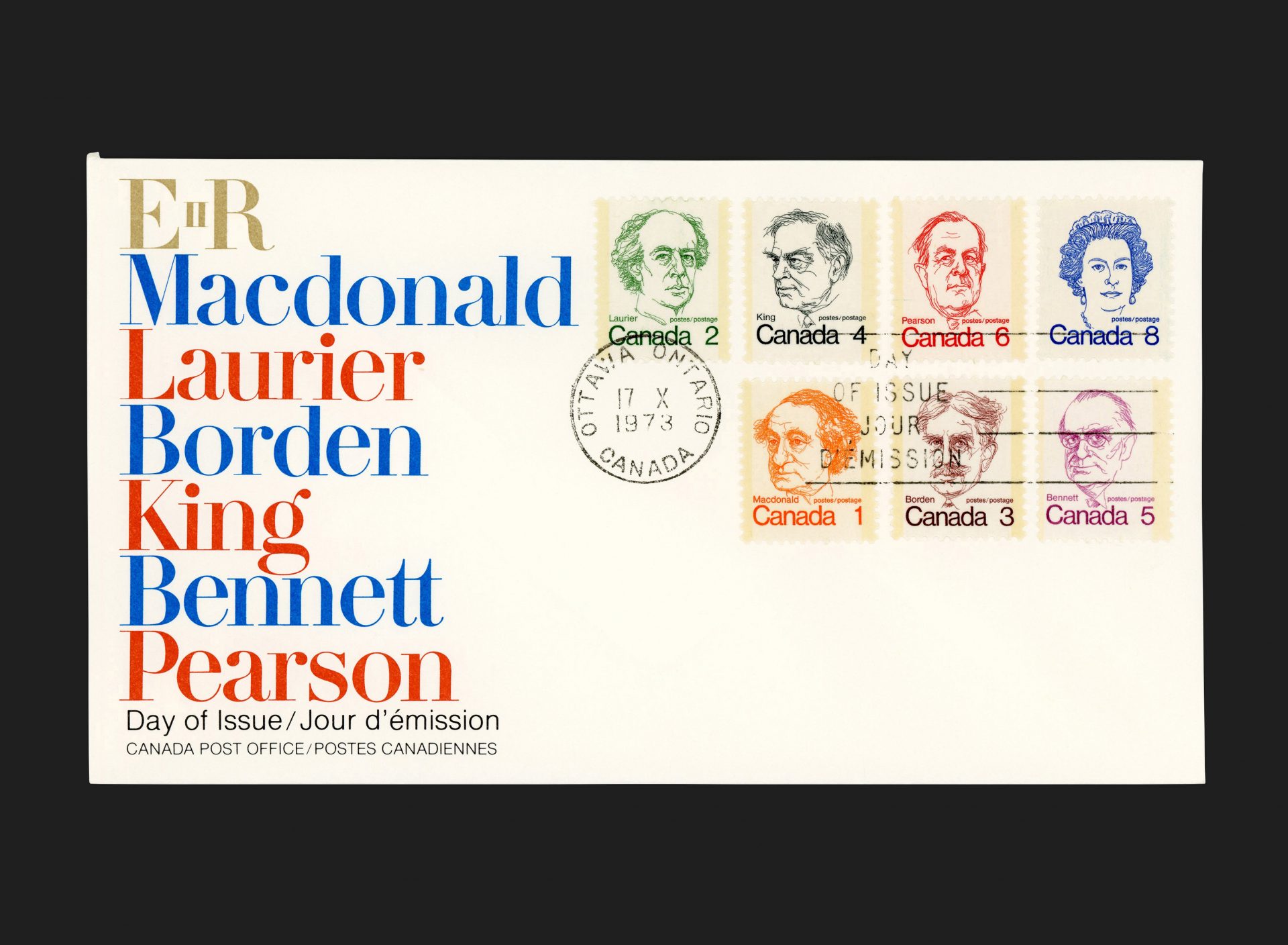 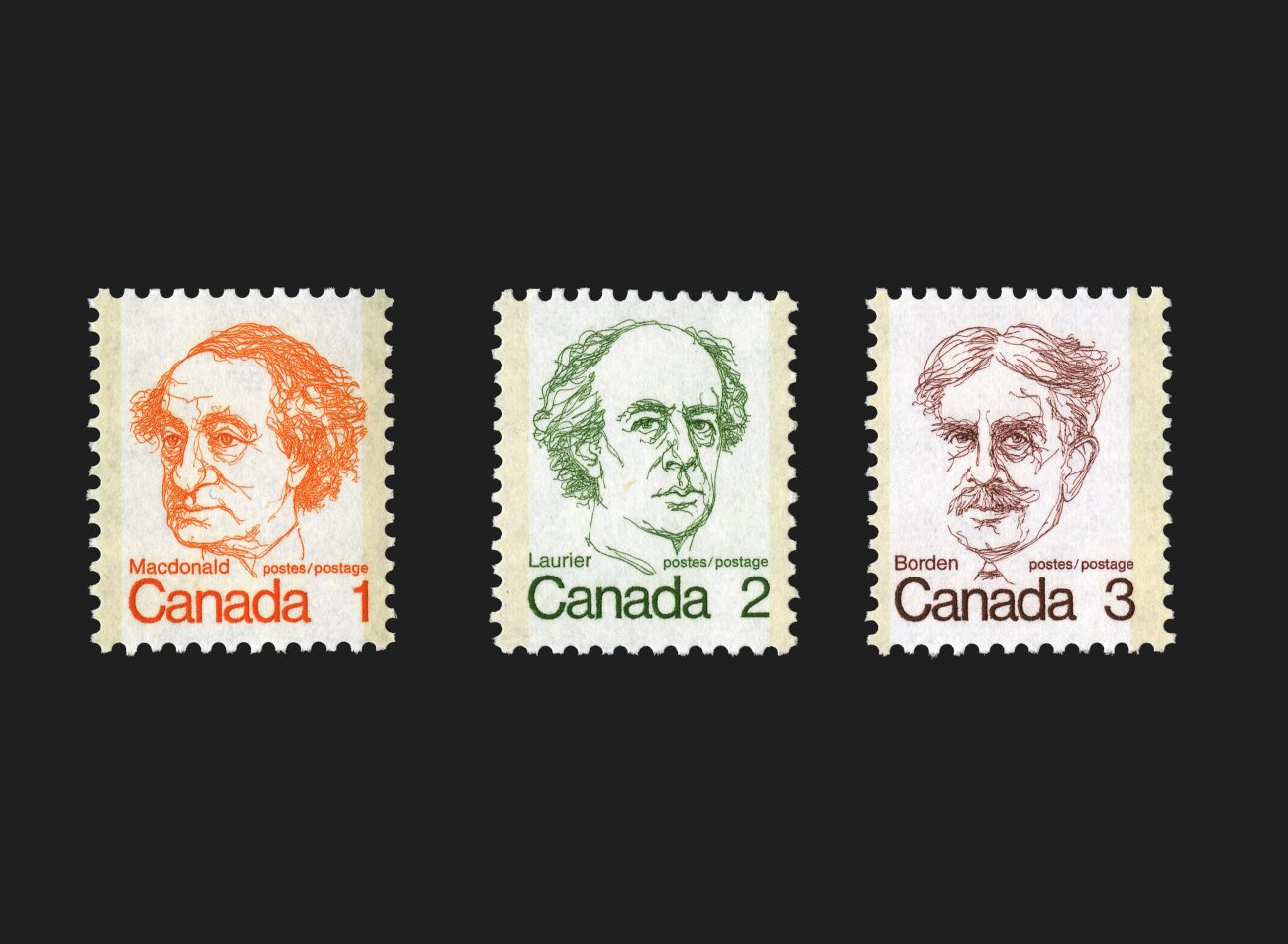 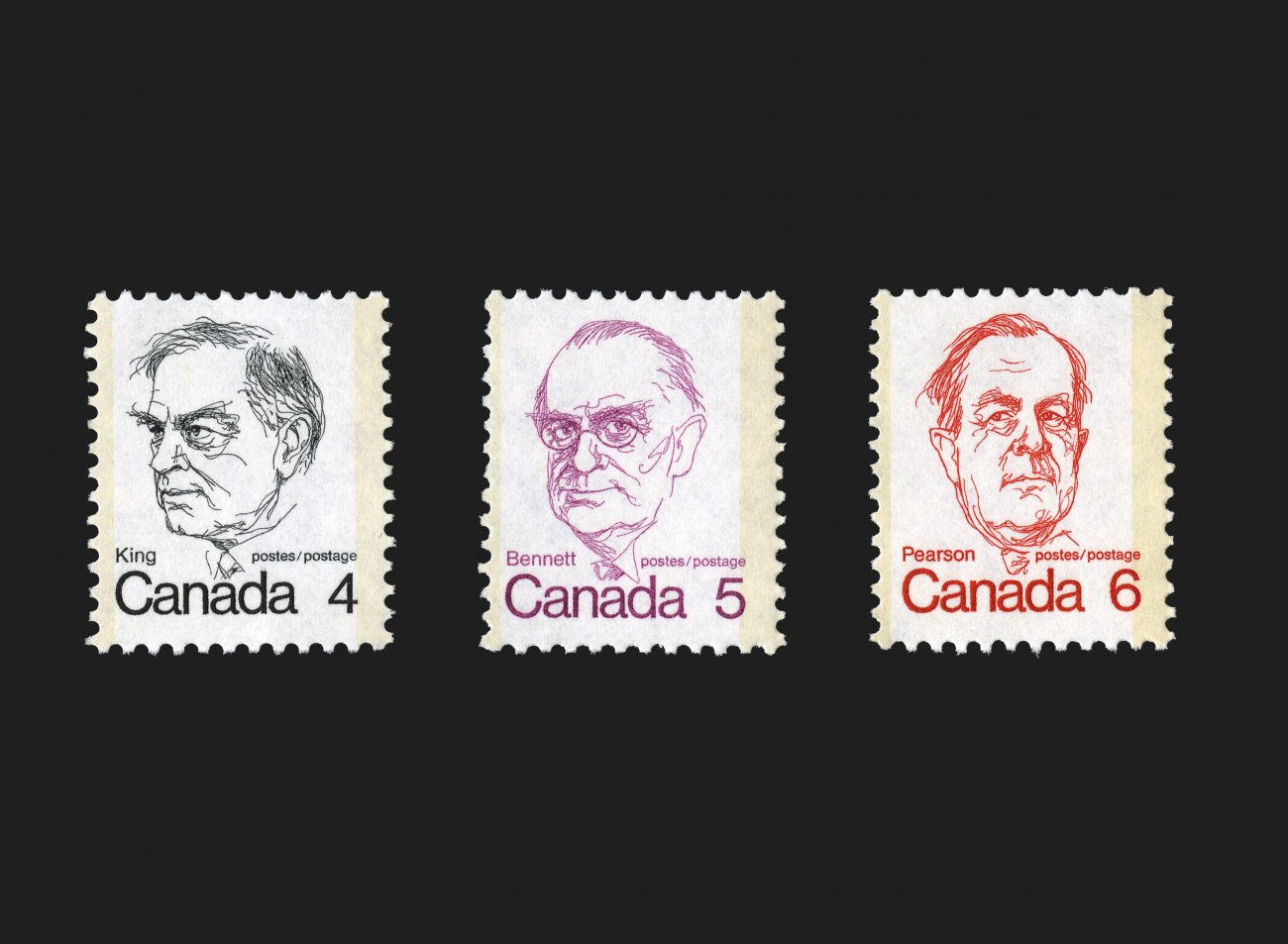 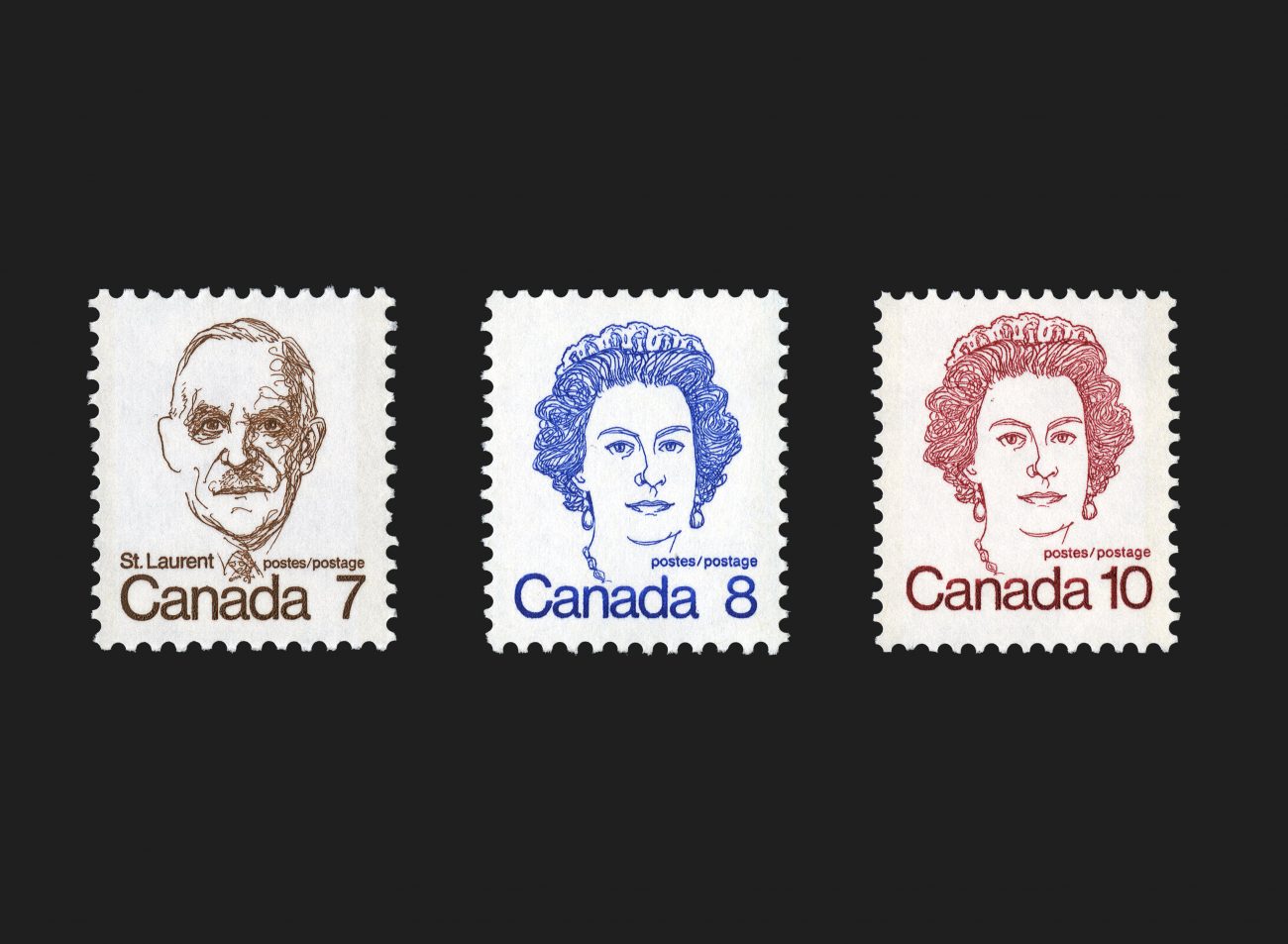 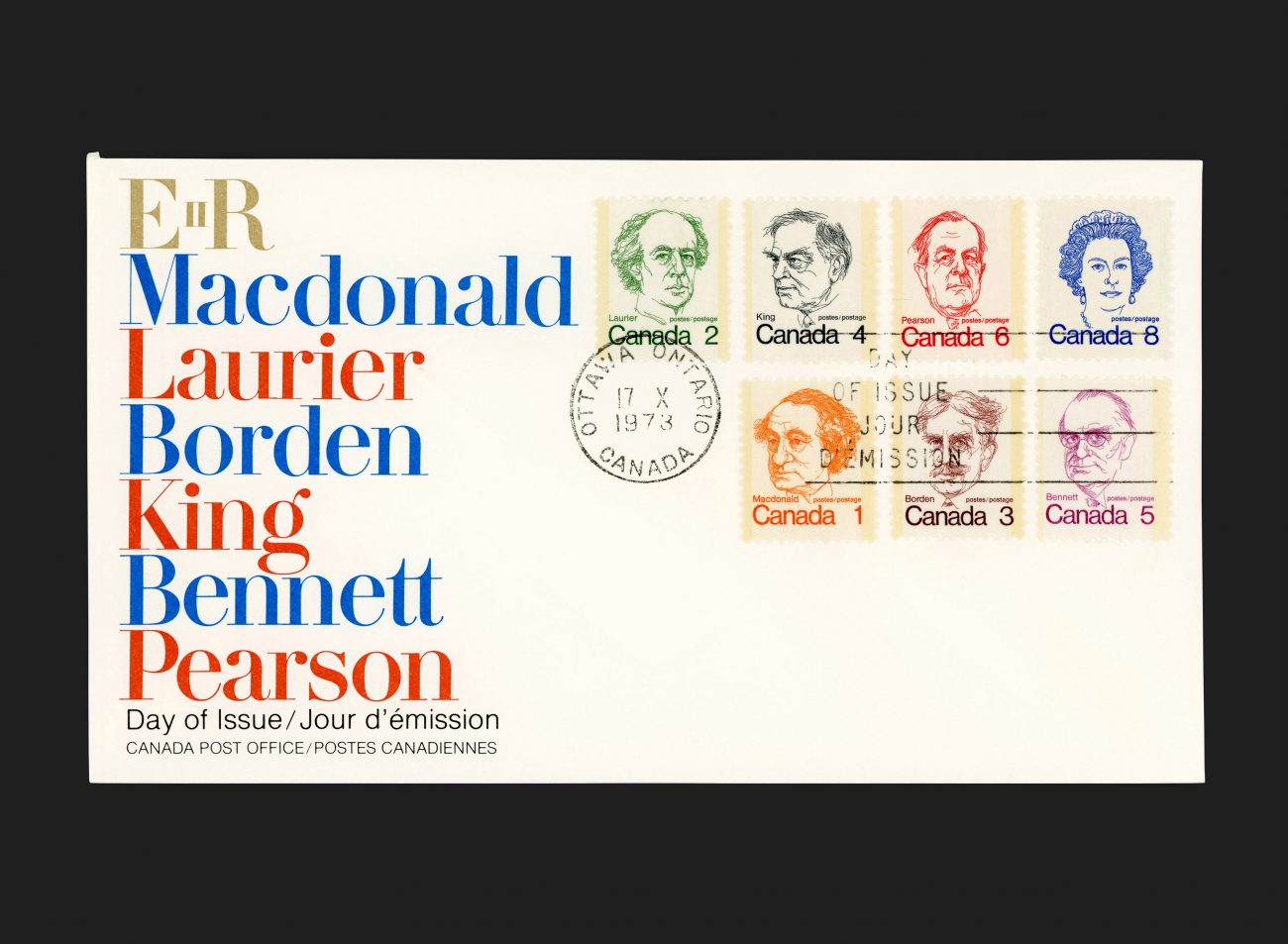 A set of seven definitive (regular issue) low value stamps issued in 1973. Six former prime ministers plus Queen Elizabeth II were celebrated on the original set, with pen and ink illustrations by David Annesley and lettering by Ken Rodmell. These were added to with a 7¢ stamp that featured a seventh Prime Minister, Louis Stephen St Laurent in 1974, as well as a 10¢ stamp that used the same illustration of Queen Elizabeth in an updated colour in 1976.

David Annesley was one of the greatest literary caricaturists of all time, a man with a tremendous influence on all cartoonists that followed.

“A caricaturist of rare ability. Annesley believed that less is more, and his simple lines — sometimes flowing, sometimes spikey — spoke with eloquent artistry.”