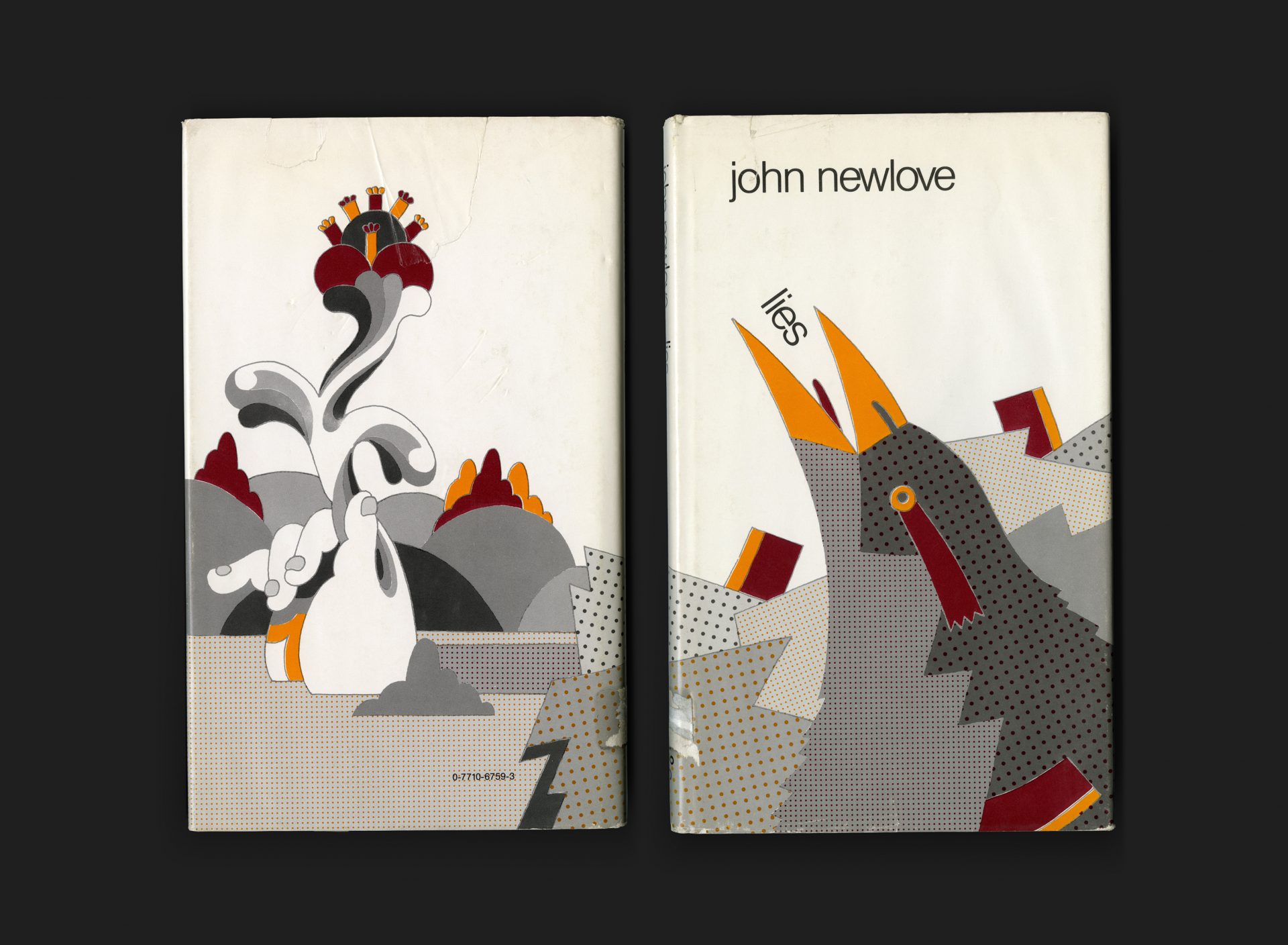 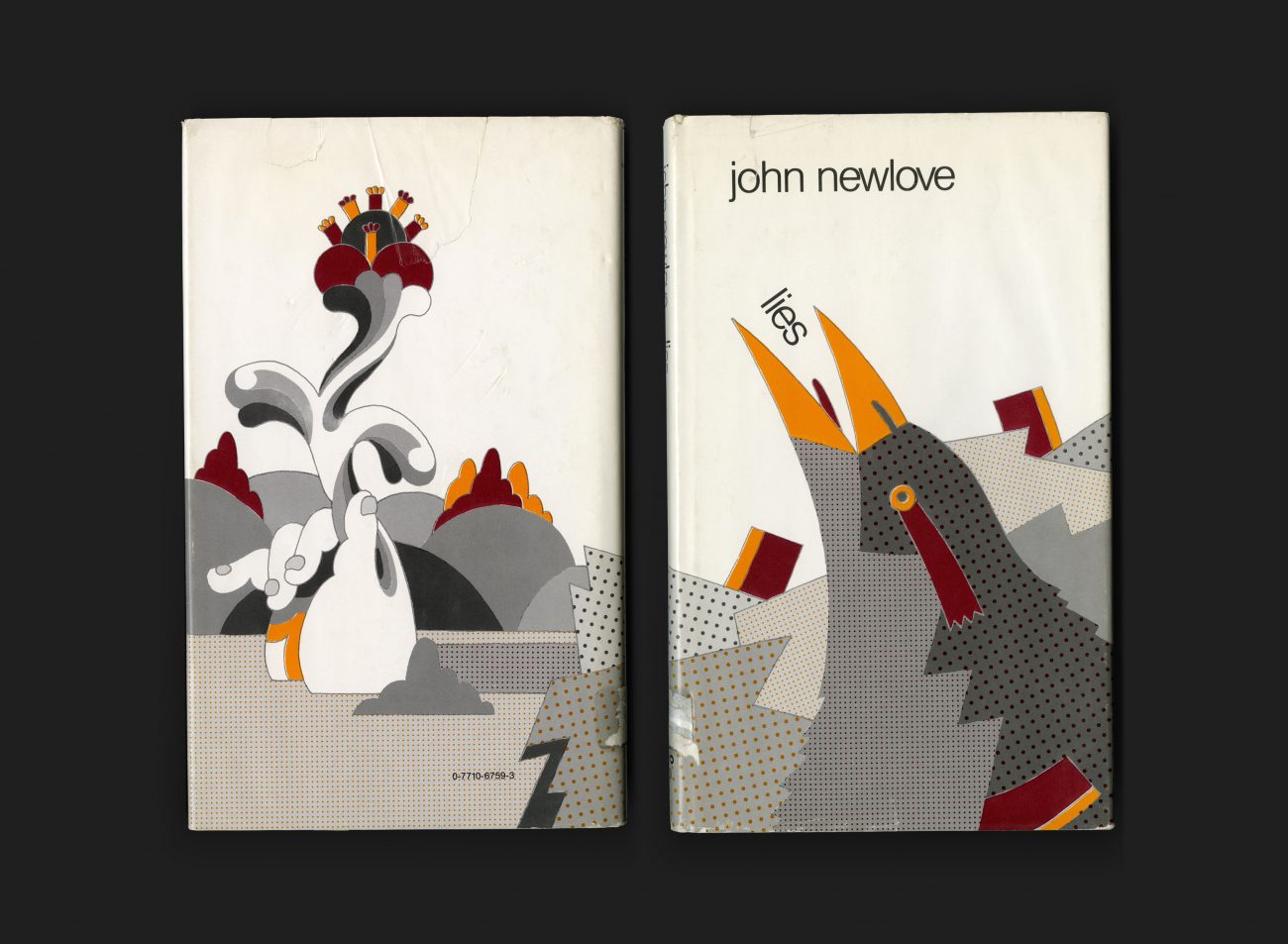 John Newlove (1938—2003) is considered one of the leading exponents of the genre known as “Prairie Poetry”. His poetry of drifters in contemporary space and historical time gained him a reputation as a major chronicler of loss and alienation. In addition to his own writing he was an editor at McClelland & Stewart (the publishers of this volume) between 1970 and 1974, as well as being writer-in-residence at various universities including Loyola College Montréal and the University of Toronto.

Lies includes 67 poems that address human history, and especially the history of war and cruelty. It was the recipient of the 1972 Governor General’s Award for Poetry. The wraparound illustration features a bird (that features in several of the poems) on the front cover, and using halftone patterns seemingly rendered from paper or textiles.