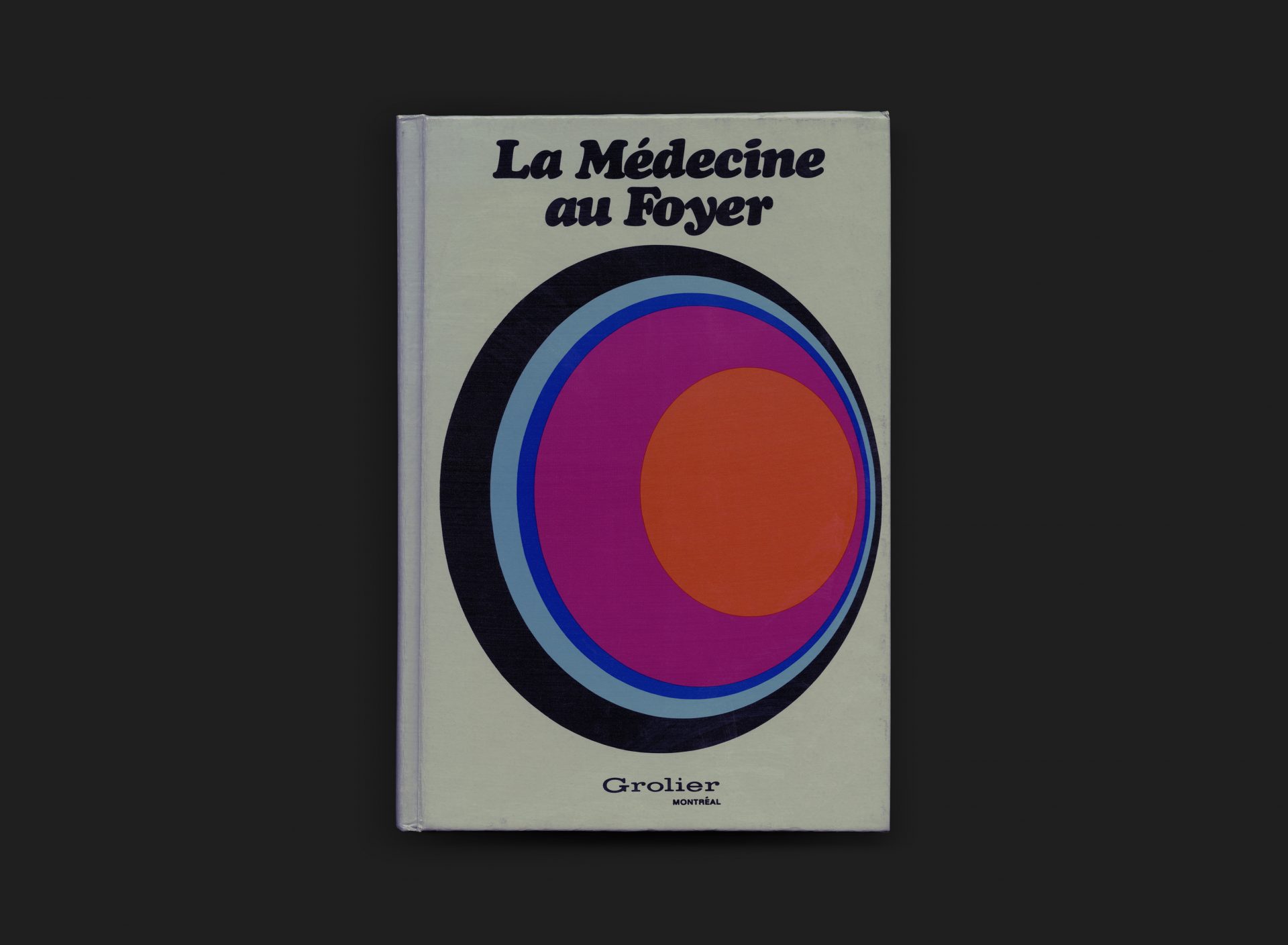 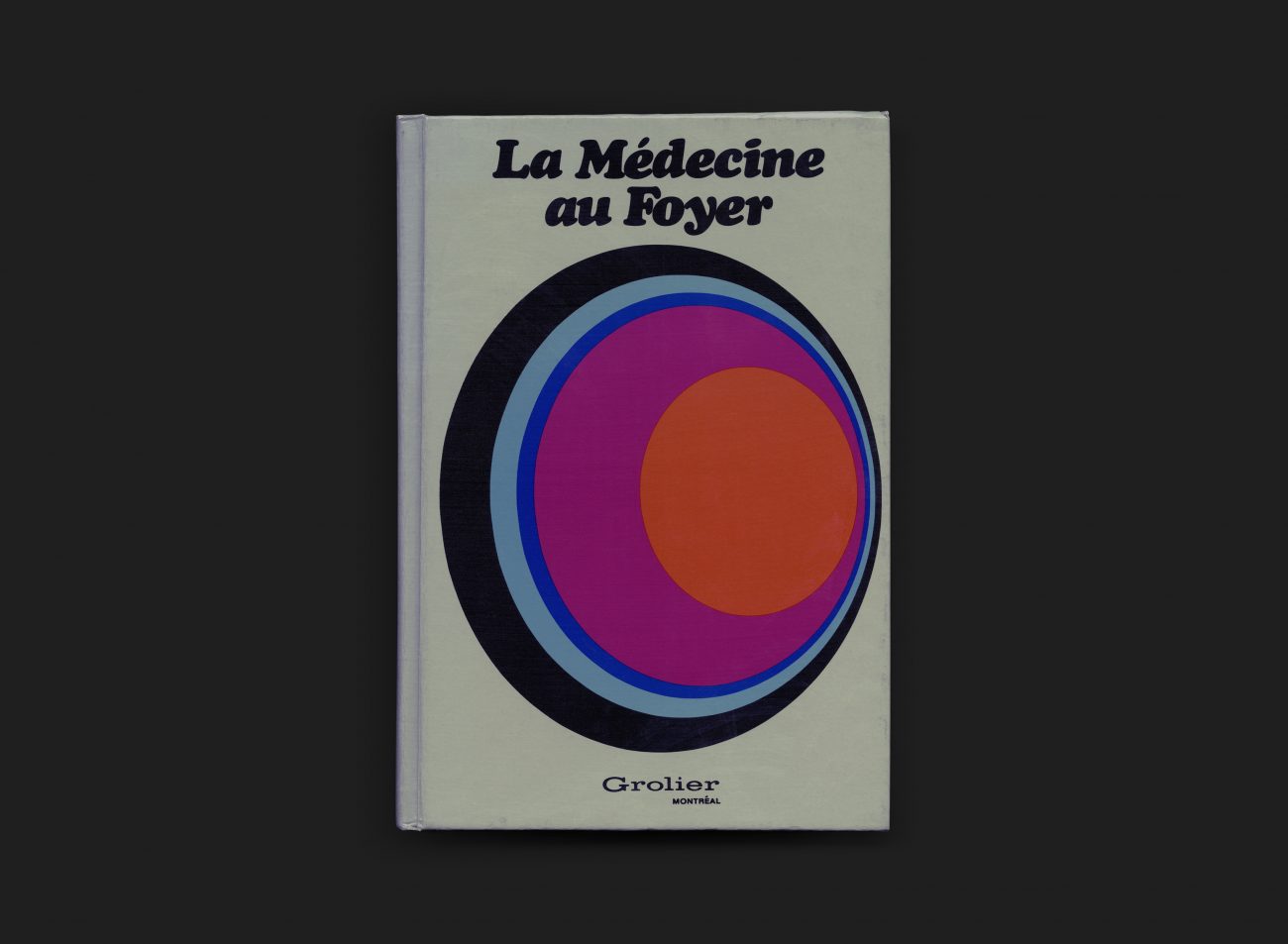 La Médecine au Foyer was originally published in 1955 by the Grolier Society. This French Canadian title set out to educate and inform Québec households on the topics of health, disease and medical procedures and was aimed at families. This fourth edition was hugely revised and expanded since the first edition was published some 25 years earlier, discoveries and changes in medical practice and diagnosis having shifted significantly over the course of time. As a result, over 300 articles all deemed to be inconsistent with modern practices and data of the time, were either revised or simply removed altogether.

Little is know about the design of the cover art for this publication. It depicts 5 concentric ovals and one suggestion is that perhaps hints at human life itself? The inner red fetus protected by a number of outer layers, the support system within the mother’s uterus surrounding it — either way it’s certainly an unexpected and striking design for such a title on this topic. The use of Cooper Black Italic adding further connection to the timeframe, yet giving the cover a certain sense of gravitas in contrast to the mid-grey background on which it sits.

Grolier is one of the largest publishers in North America, known mainly for their production of general encyclopedias, most famously The Book of Knowledge, Encyclopedia Americana and Academic American Encyclopedia. In June 2000 Grolier became part of Scholastic Corporation.