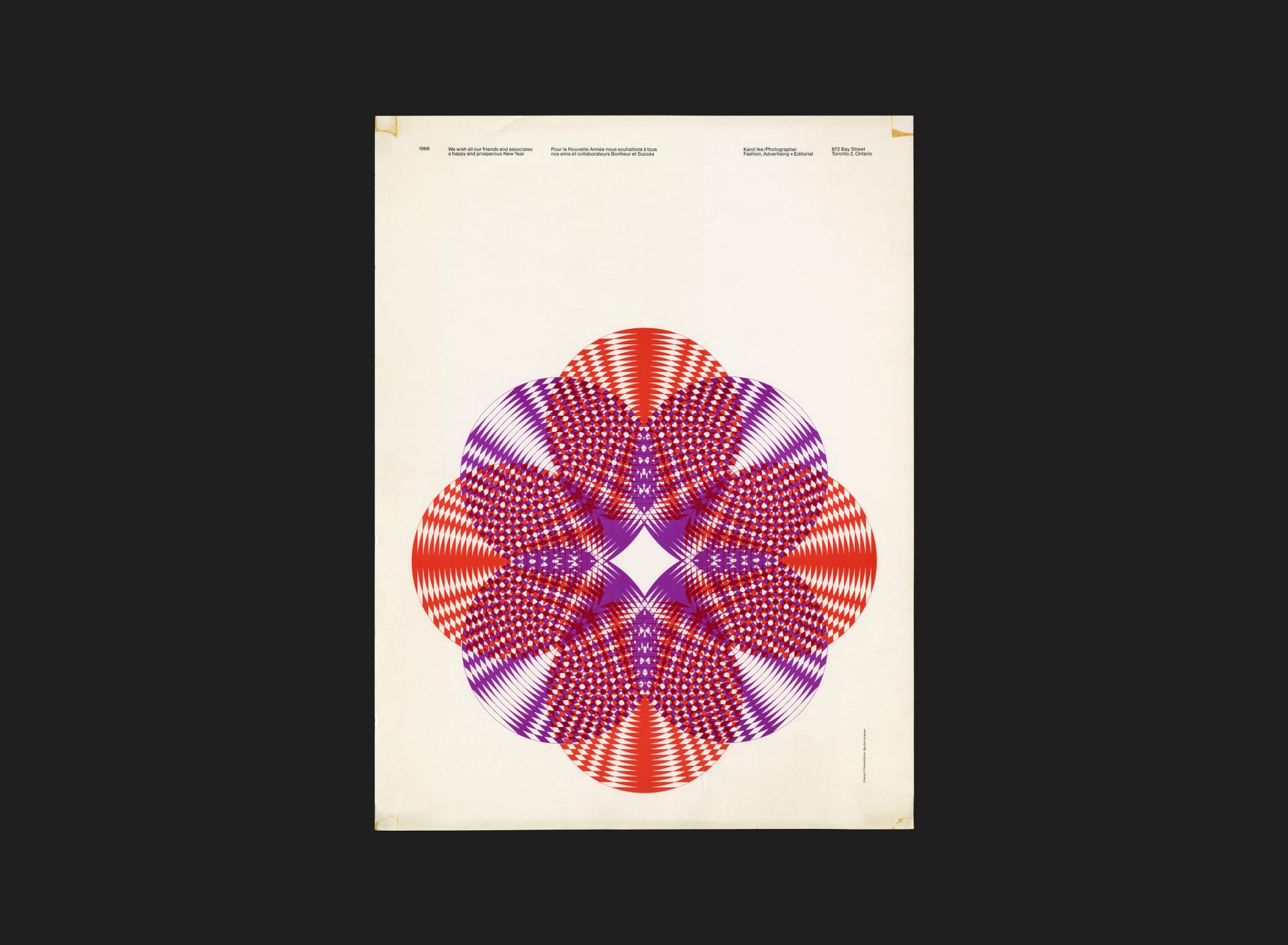 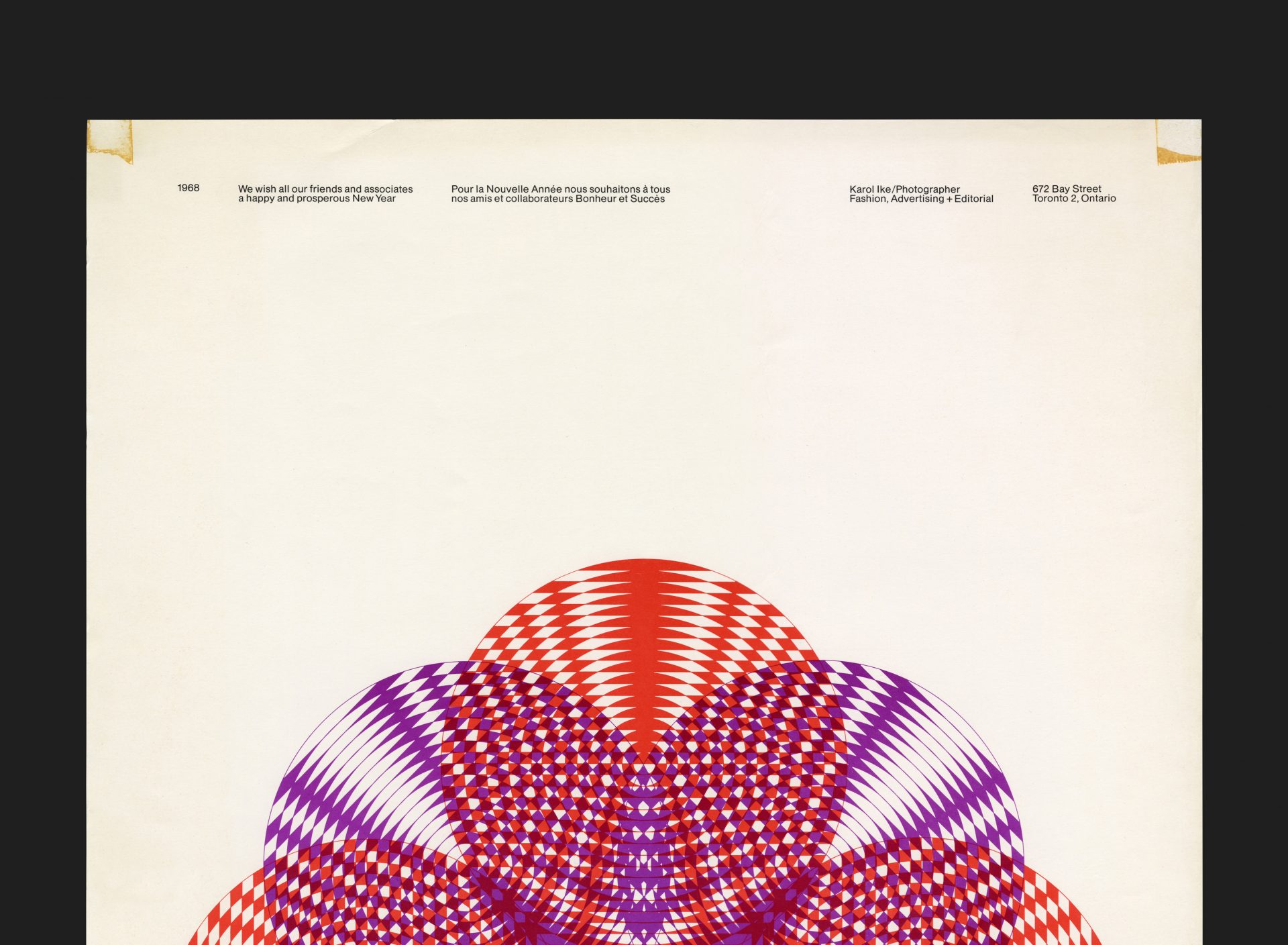 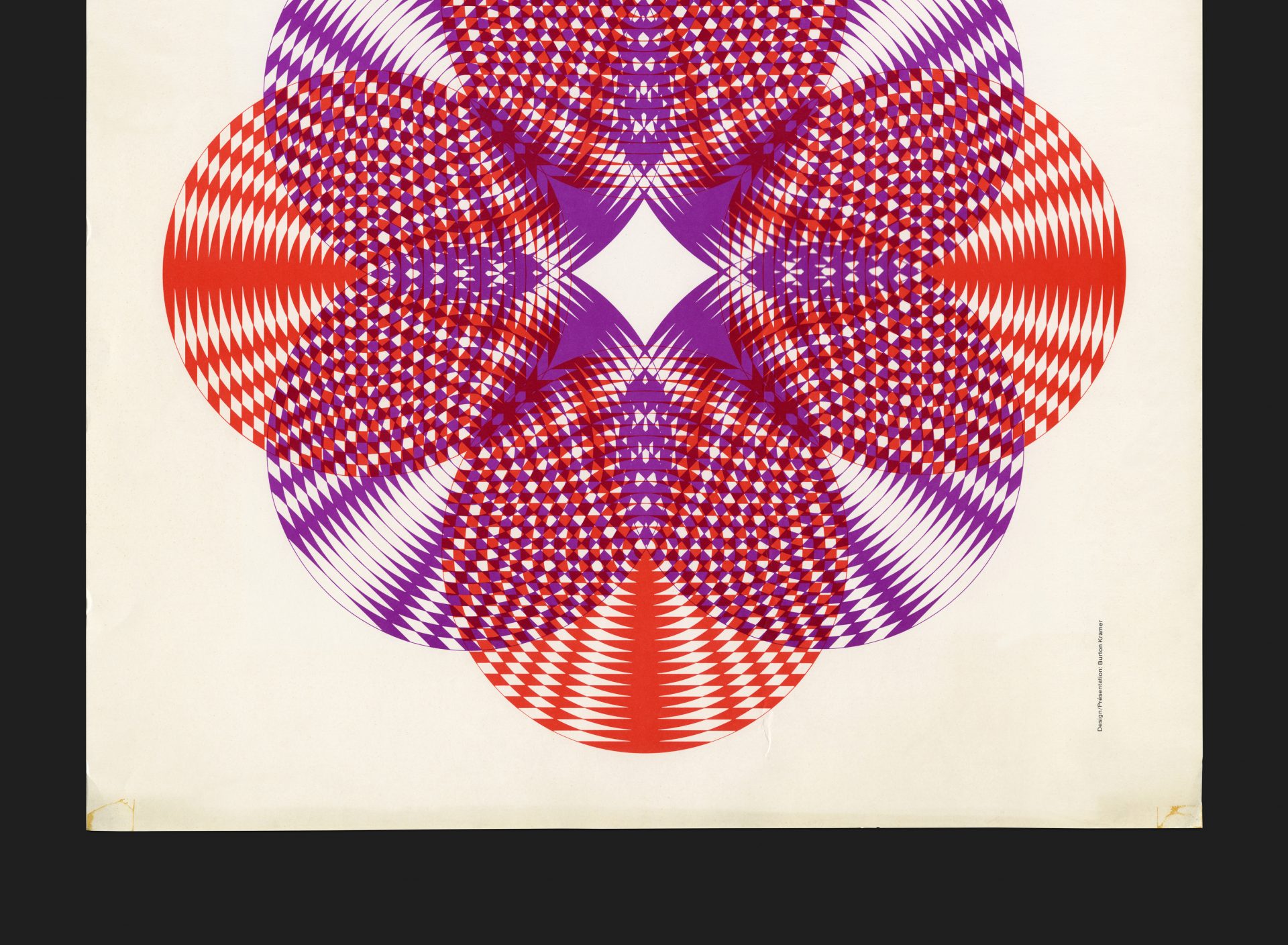 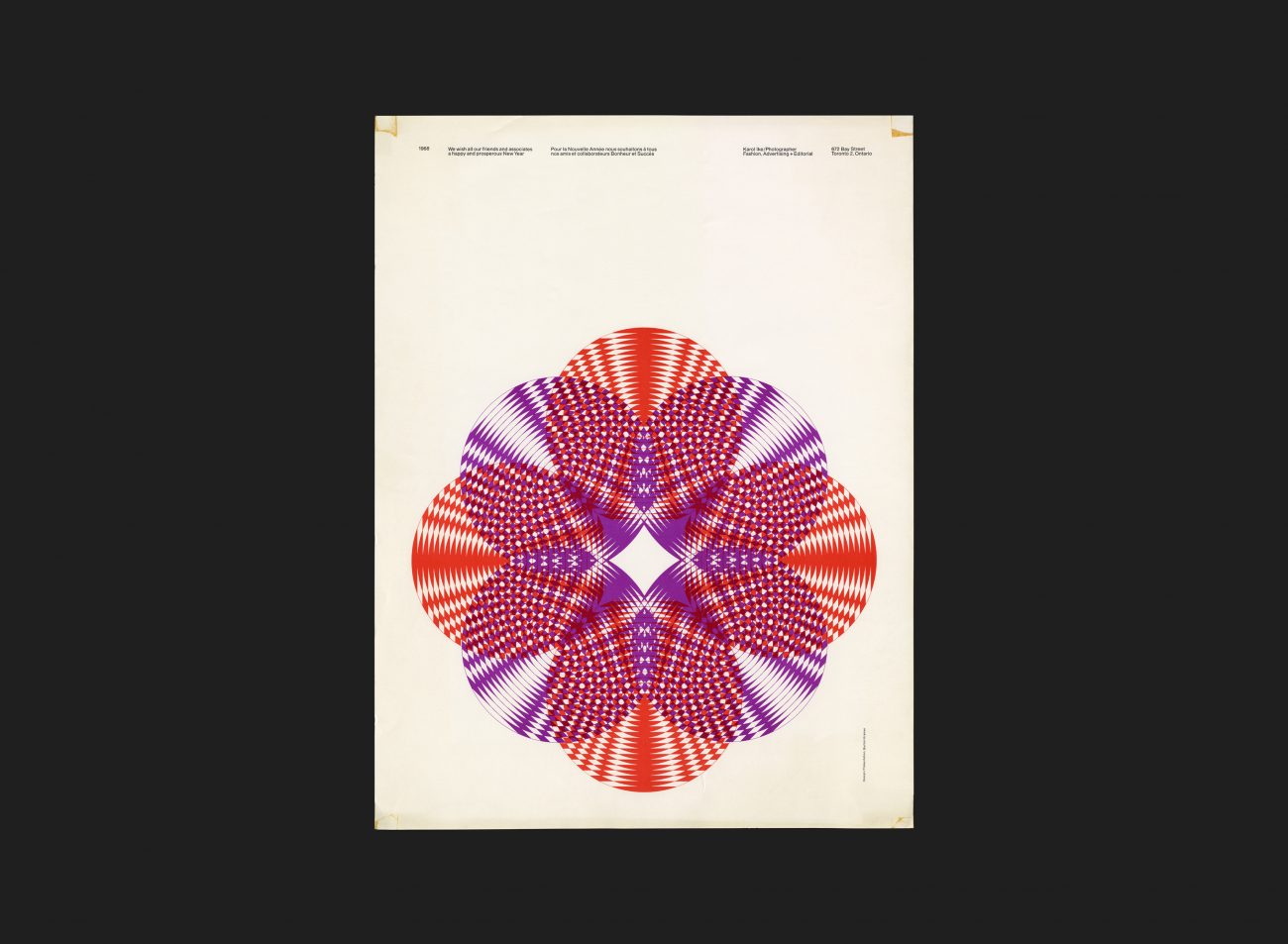 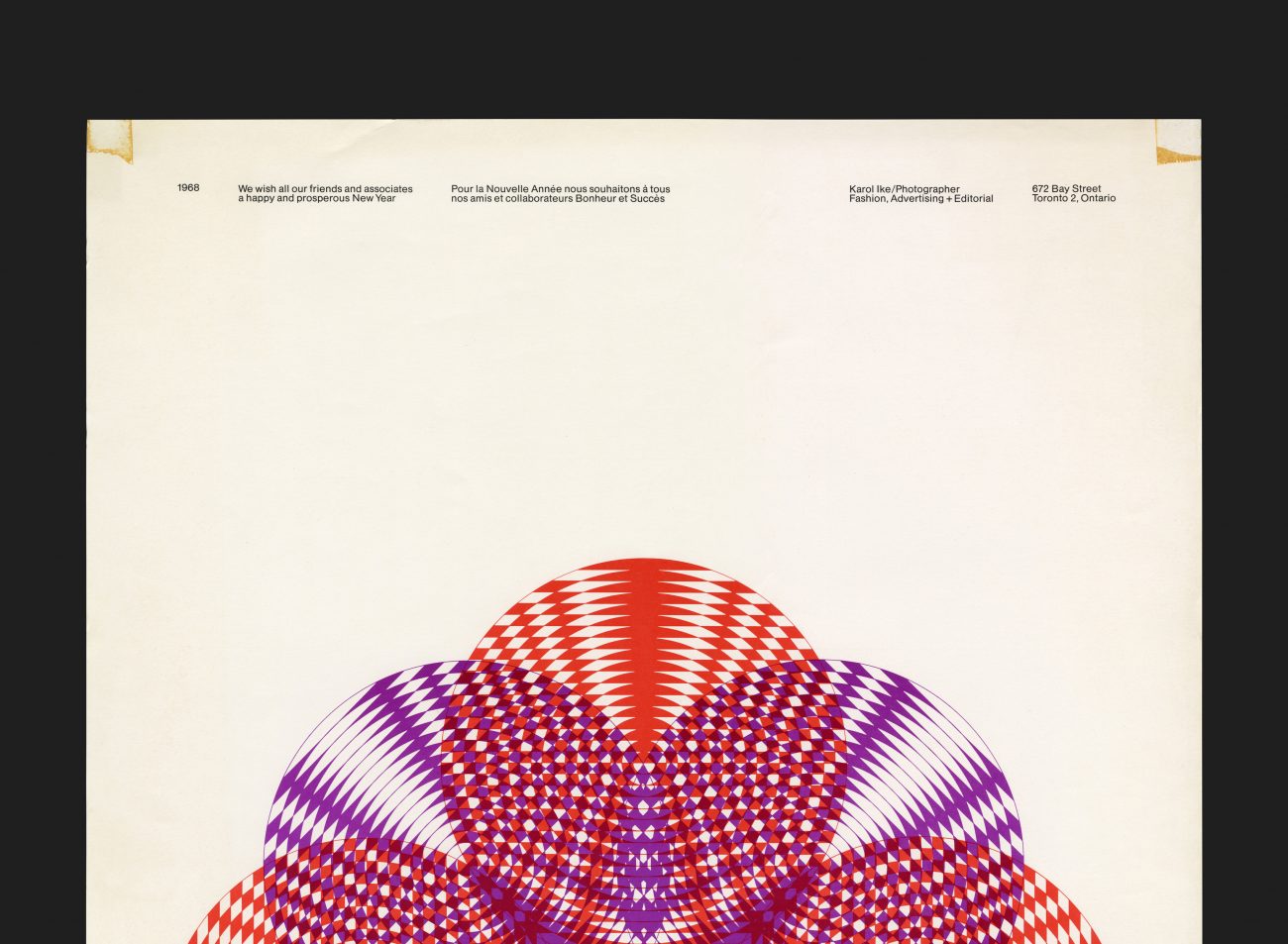 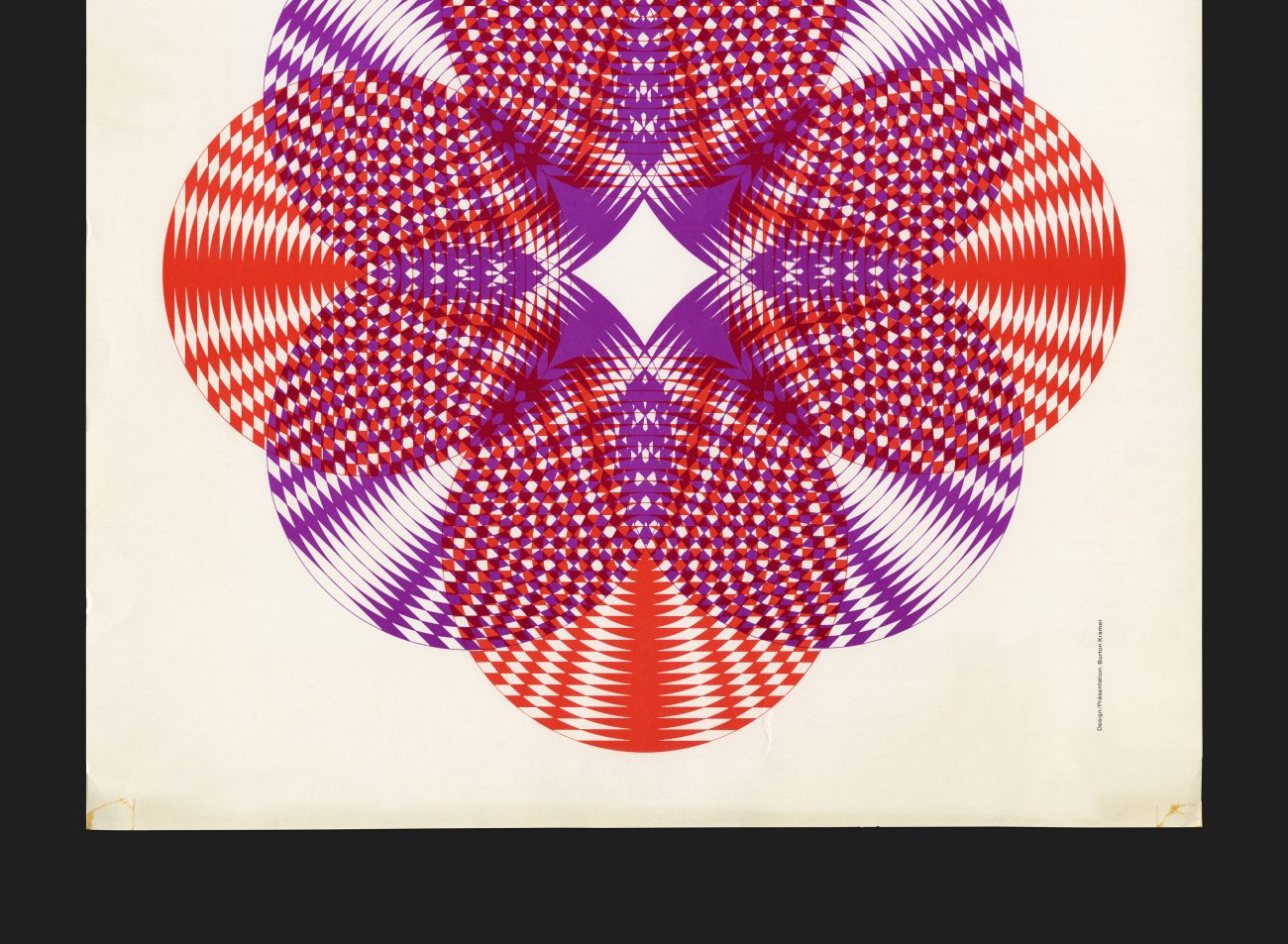 Title: We wish all of our friends and associates
a very happy and prosperous new year. 1968

Acquisition: With the help of the Rolf Harder Estate

In the fall of 1967 Burton Kramer formed his own graphic design consultancy, initially setting up shop in a small area of photographer Karol Ike’s studio/office on Bay Street. To celebrate this new beginning and the year ahead Kramer crafted a New Year poster. A second edition of this same design was modified for associate Karol Ike (the version shown here) by way of a simple name and address change. It is worth noting that at this point Burton had relocated (or would have relocated by the time this was issued) to his own premises on Bloor Street, as the addresses differ between the two.

The design takes two sets of four circular graphics, one in red and one in purple — each made up of 20 levels of concentric pattern. By arranging each alternating, overlapping circle through 45º rotation produces a complete circular group, made up of interconnected abstracted optical patterns.

Karol Ike was a fashion, advertising and editorial photographer. Along with his professional association with Kramer he had also worked with Rolf Harder of Design Collaborative on assignments for Hoffman-La Roche. Ike, later transitioned to that of cinematographer/cameraman, working on many films and tv series, including the New Avengers in the late 70s and working up until the mid-90s.

This particular example was once owned by Rolf Harder, who not only kept it in his collection, but had clearly once displayed it with evidence of the tape marks in each corner.