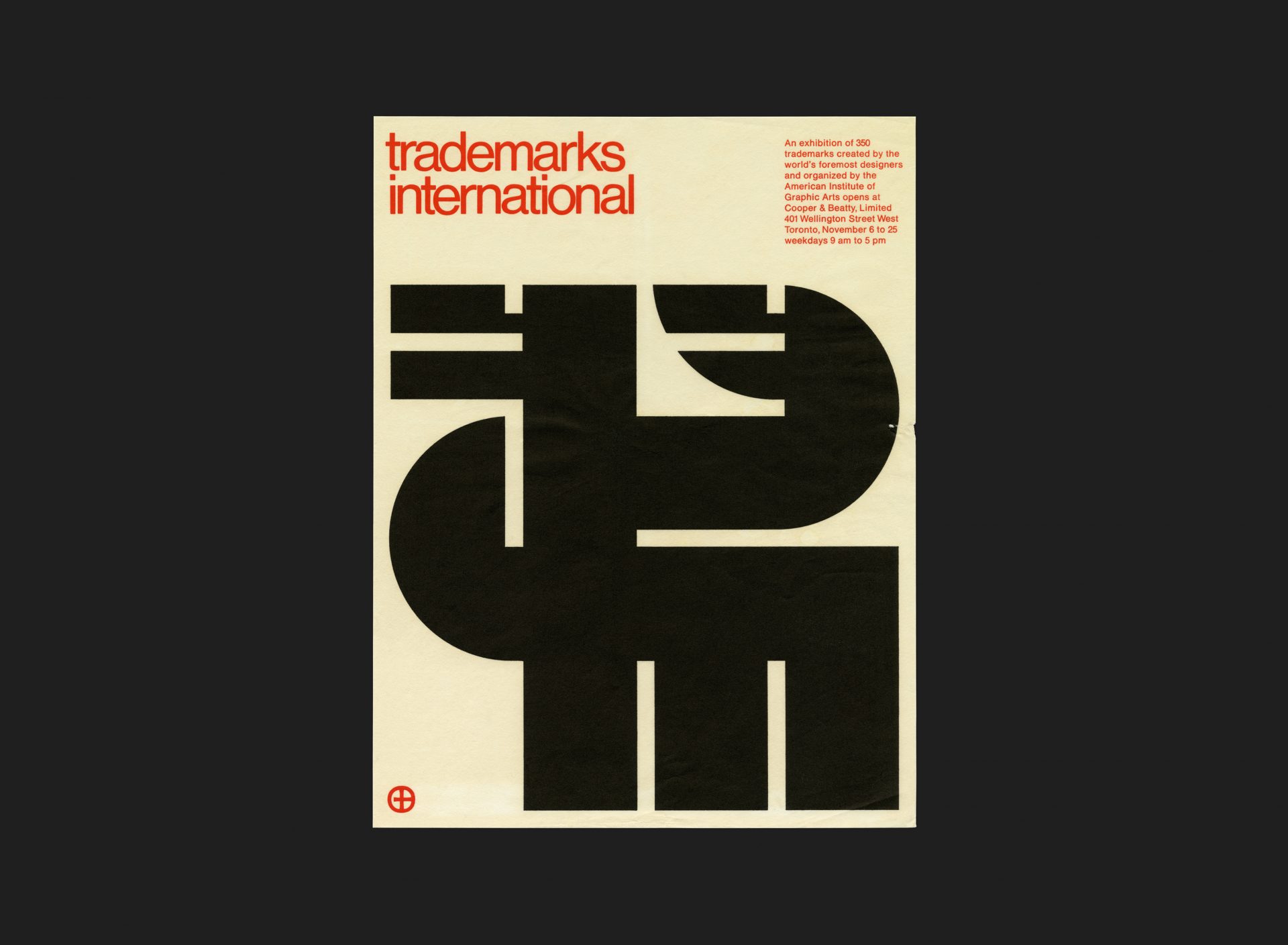 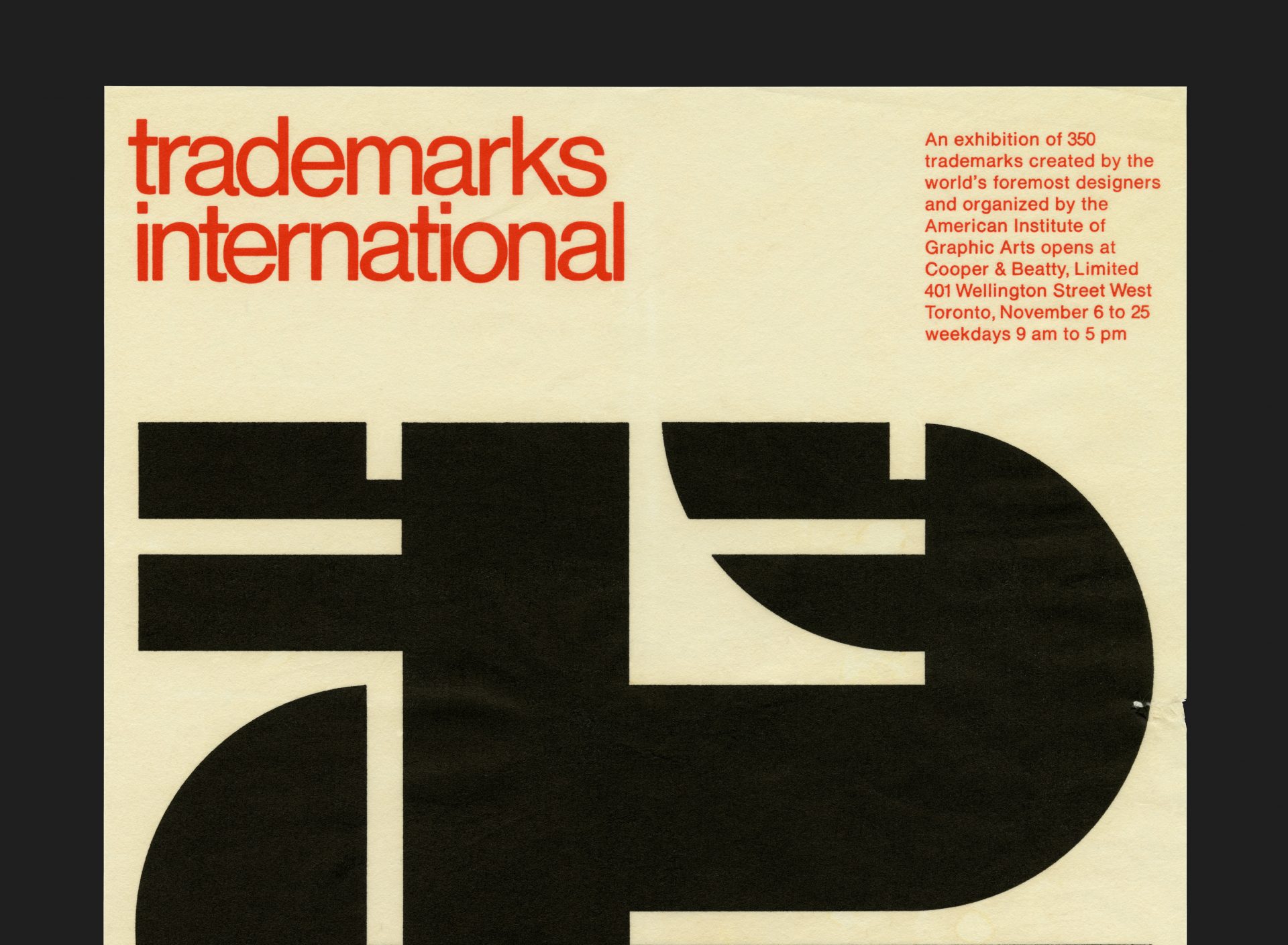 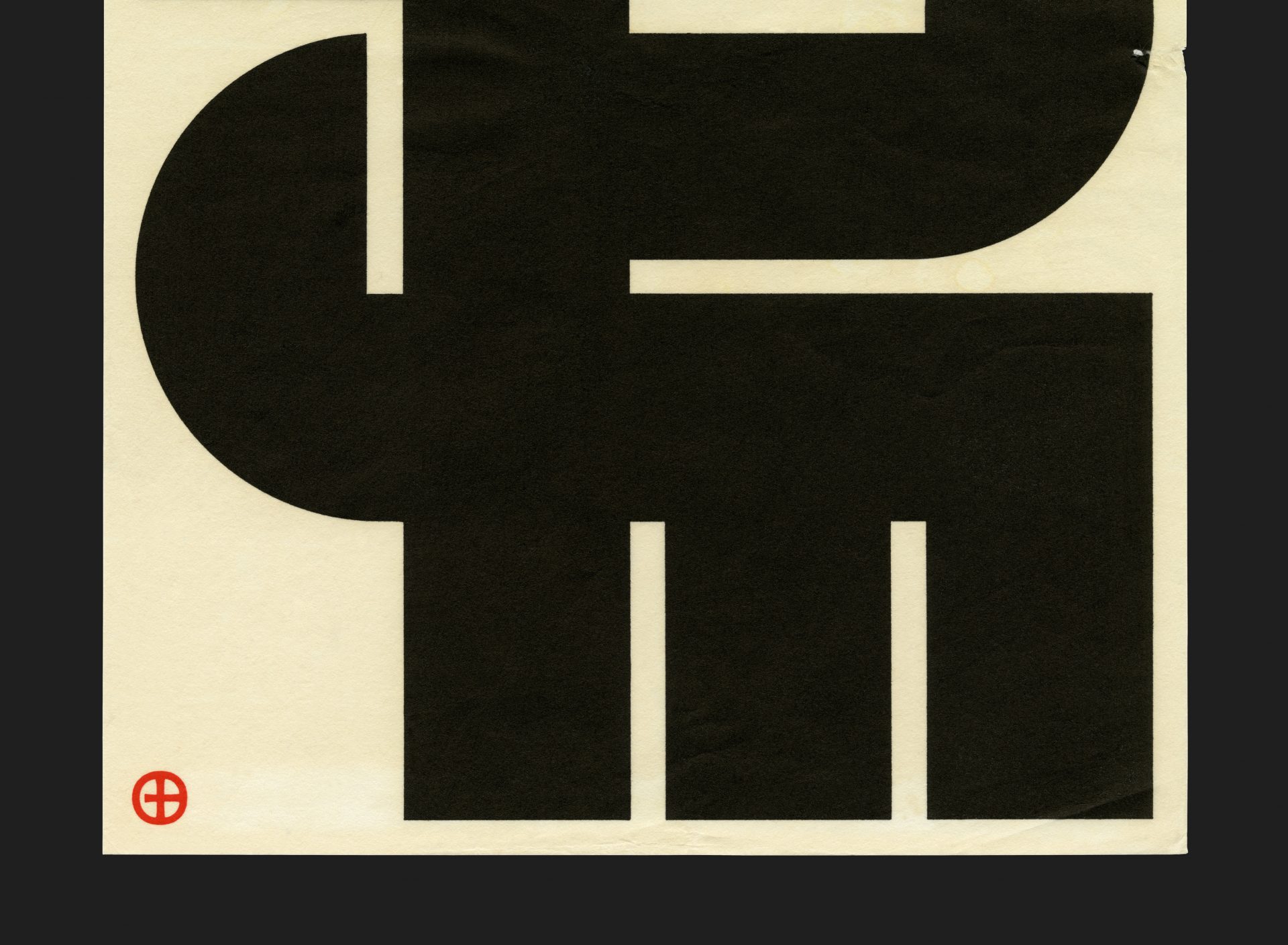 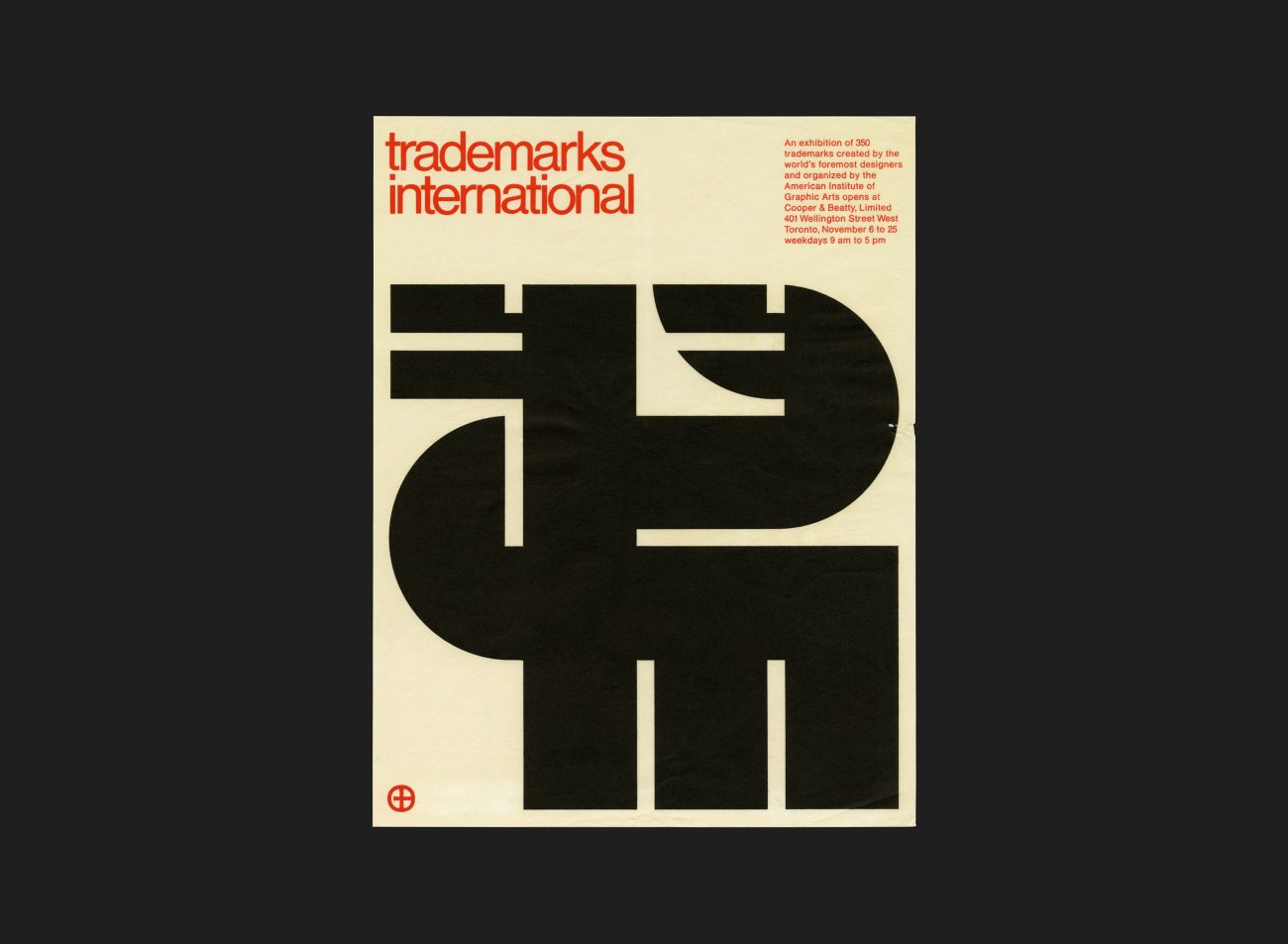 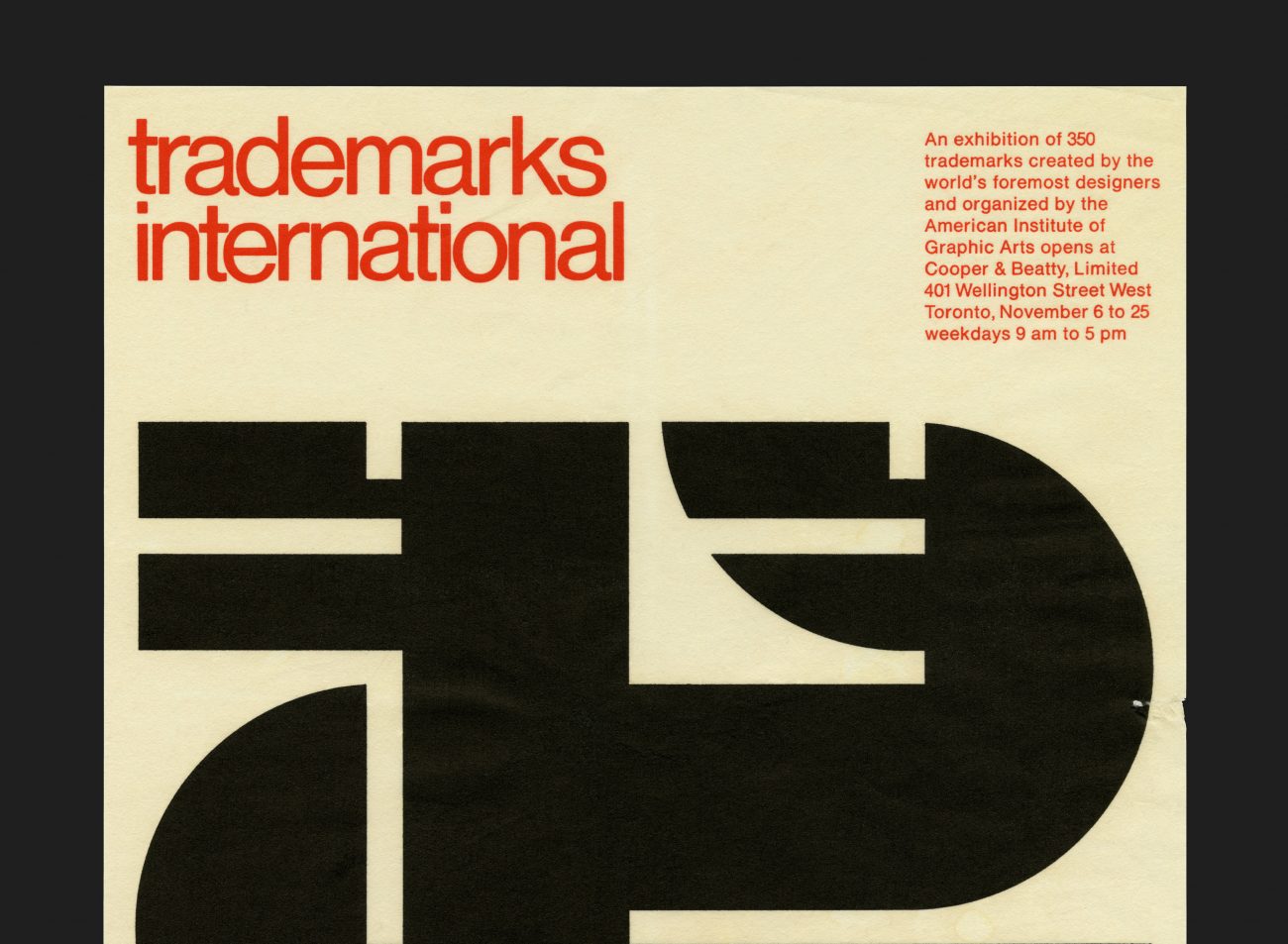 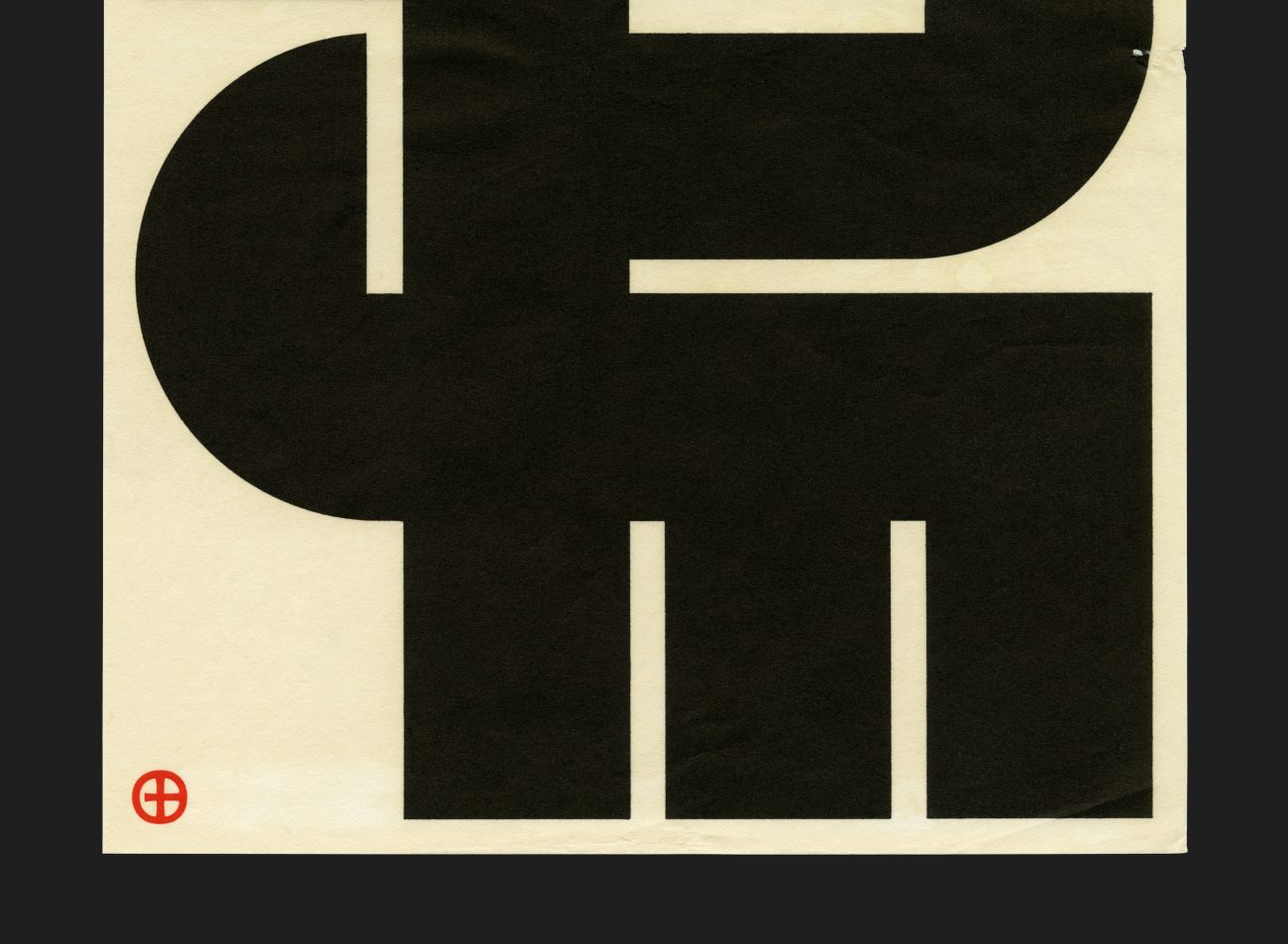 During the 1960s Cooper & Beatty famously held high profile exhibits in their Toronto headquarters. These were organized with the cooperation of the AIGA and featured collective shows and solo events for many of the top talents of the day, including Anton Stankowski and Saul Bass to name a few. Many of these earlier events were organized and promoted by the internal creative team of Anthony Mann (Creative Director) and a young Stuart Ash (apprentice).

This poster for the exhibition ‘Trademarks International’ was designed by creative director Jake Sneep who worked in this capacity between Anthony Mann leaving to join Rolf Harder, Ernst Roch and Al Faux as Design Collaborative in 1965 and Jim Donoahue taking the reins in 1969. It is printed on delicate, handmade Japanese paper in red and black ink only, giving maximum space to the displayed symbol which appears to be a simplified geometric version of a two-headed dragon. It is unknown if this was one of the symbols featured or one created to promote the exhibit.

This particular example was previously part of the personal collection of Rolf Harder, who not only kept it in his collection, but kept it in perfect order.