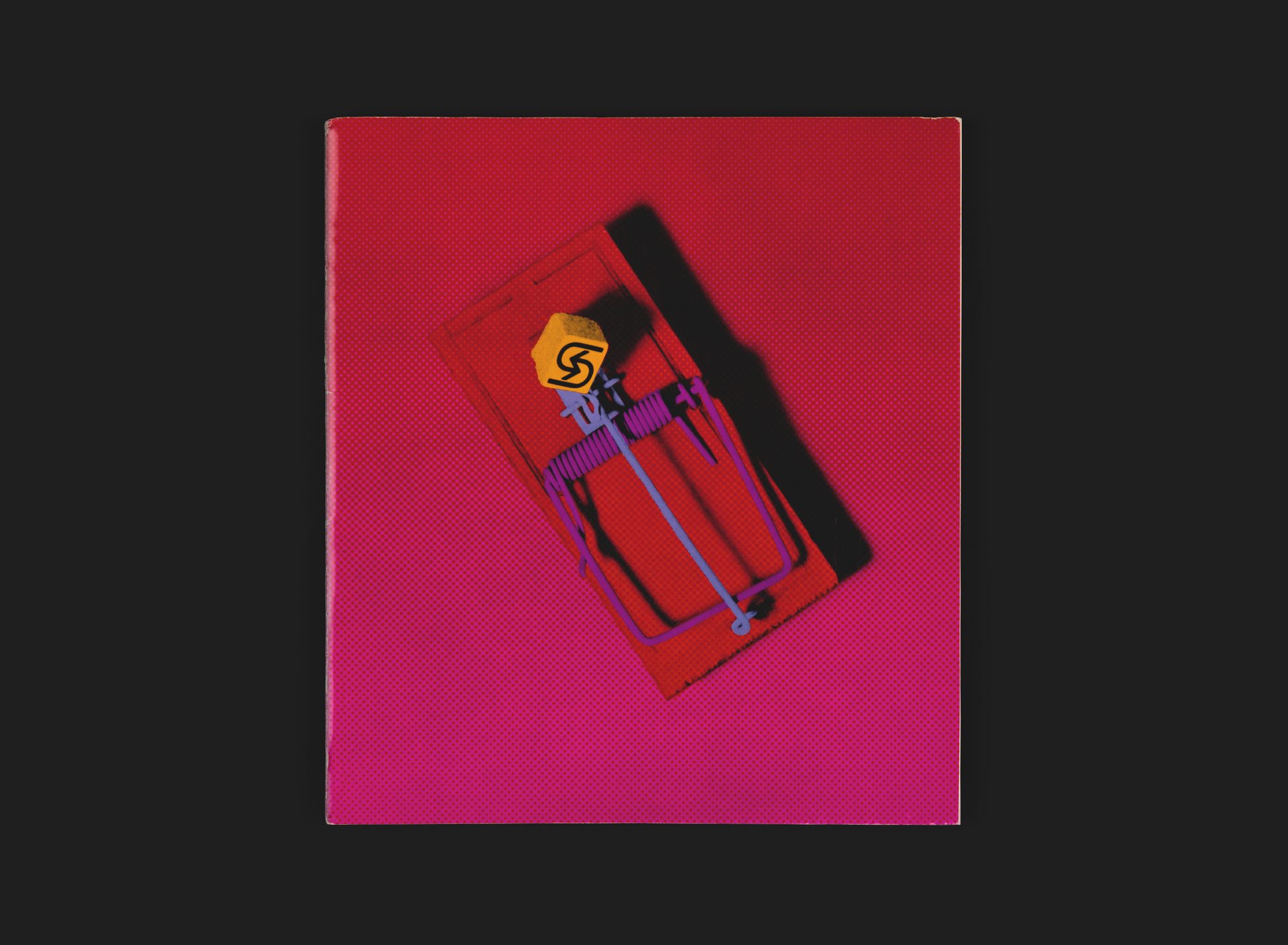 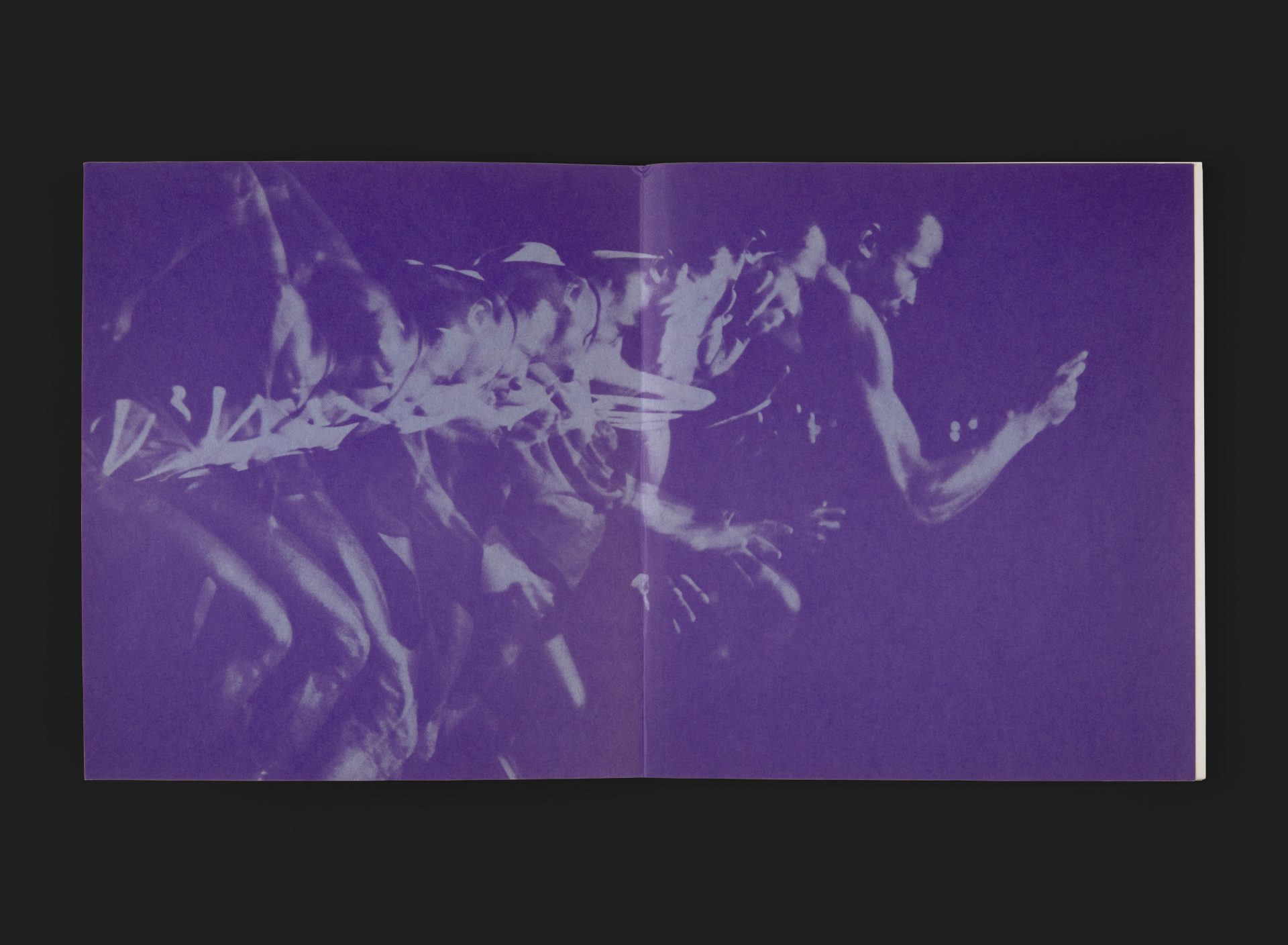 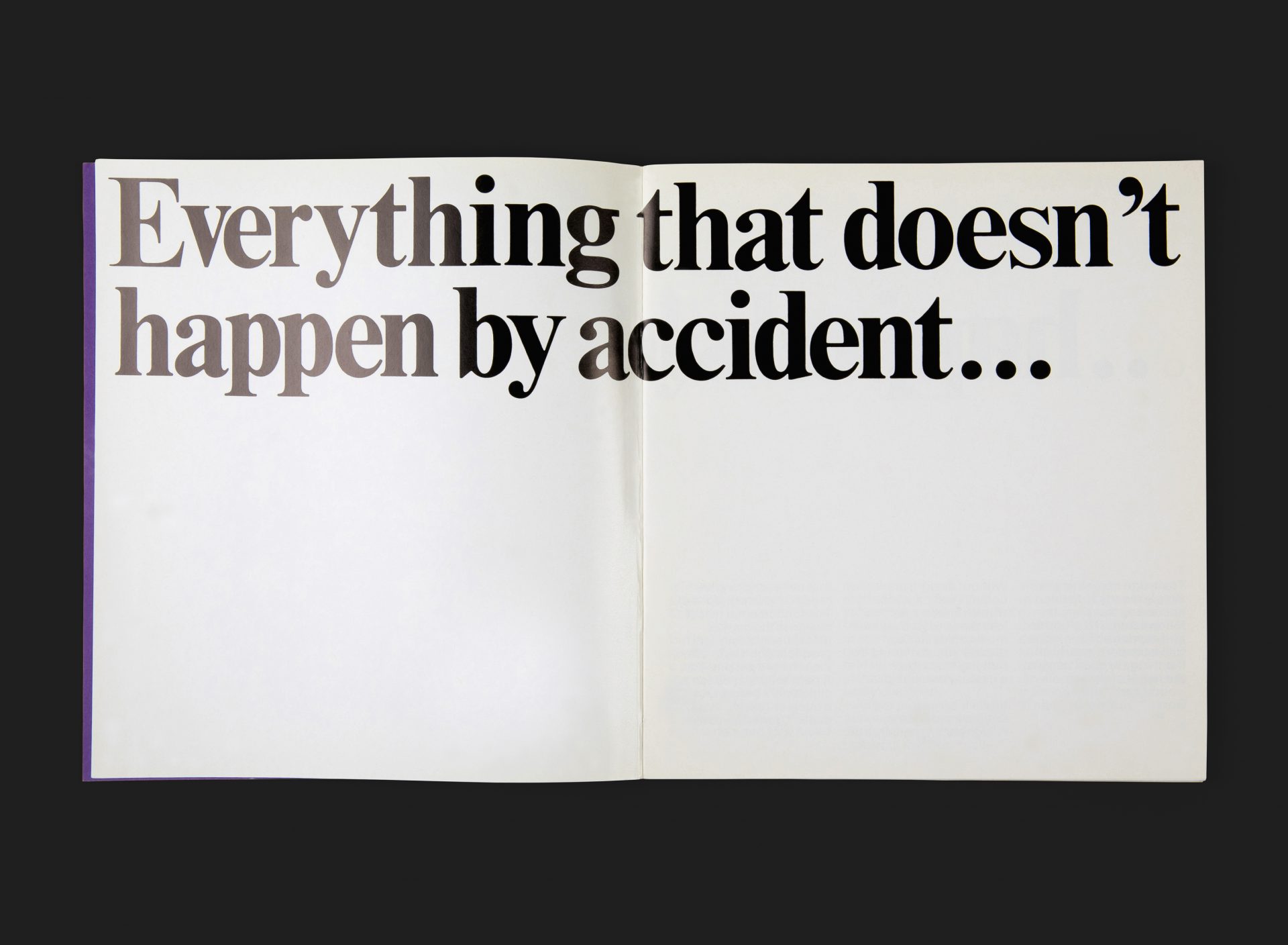 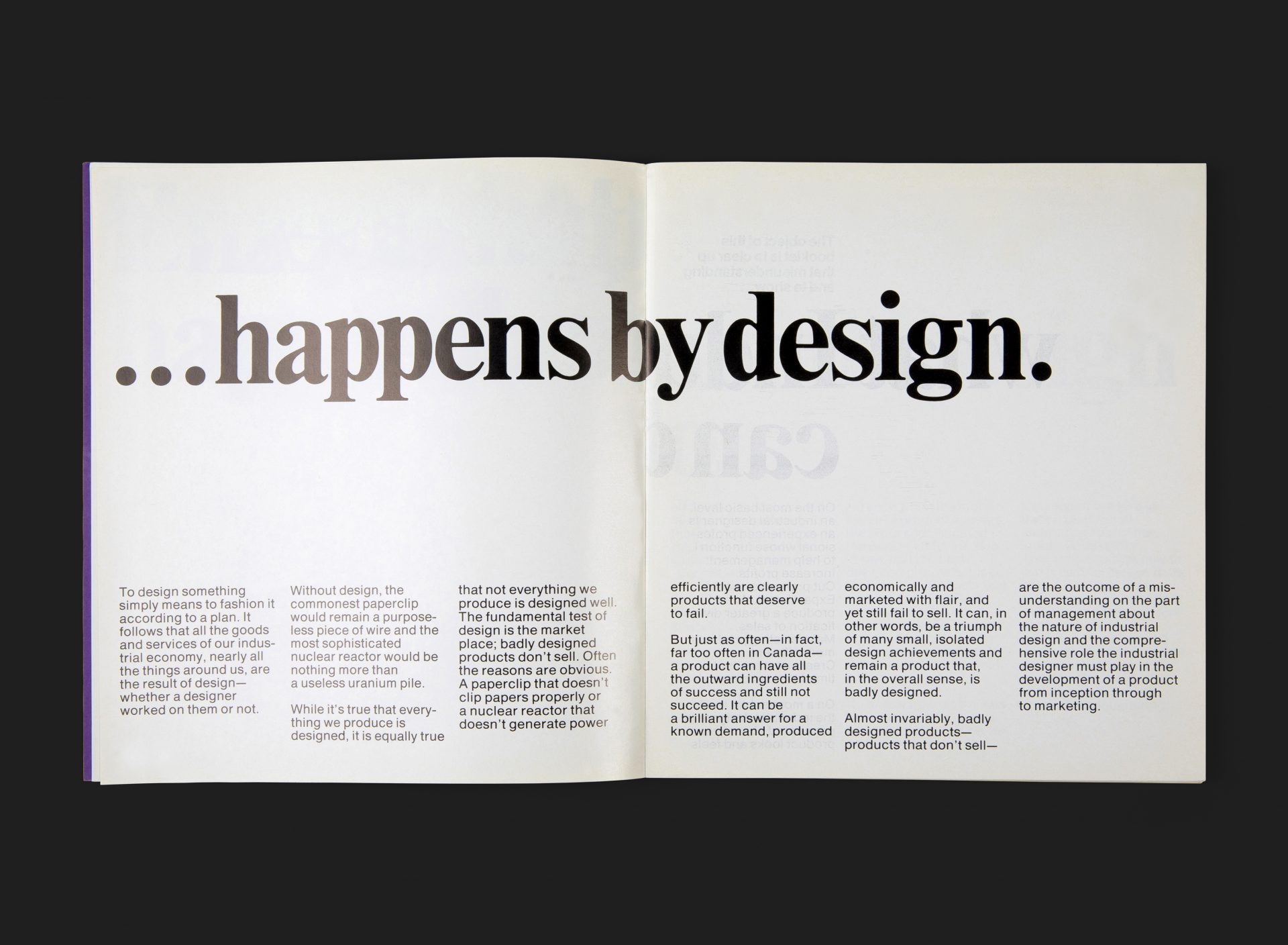 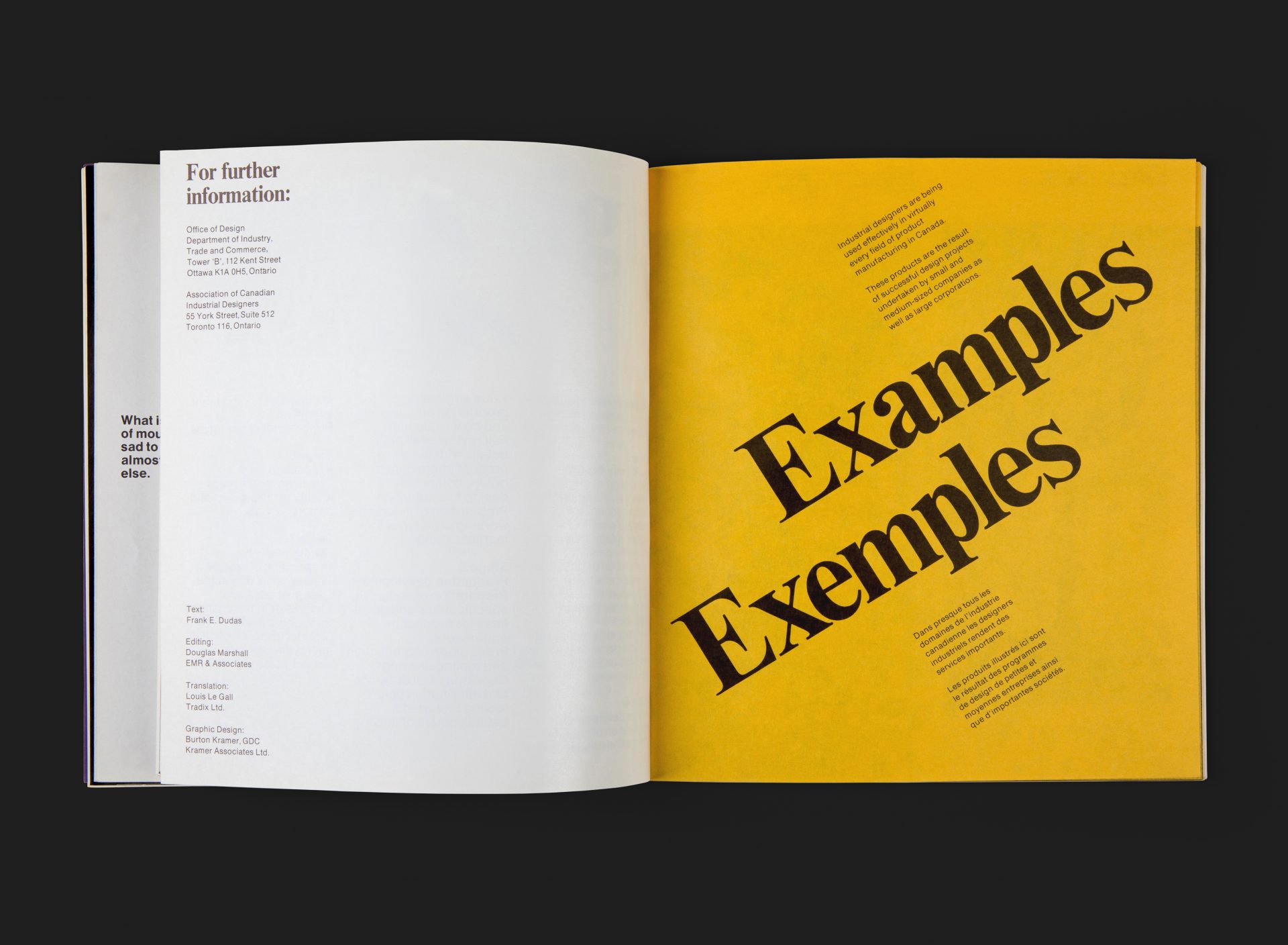 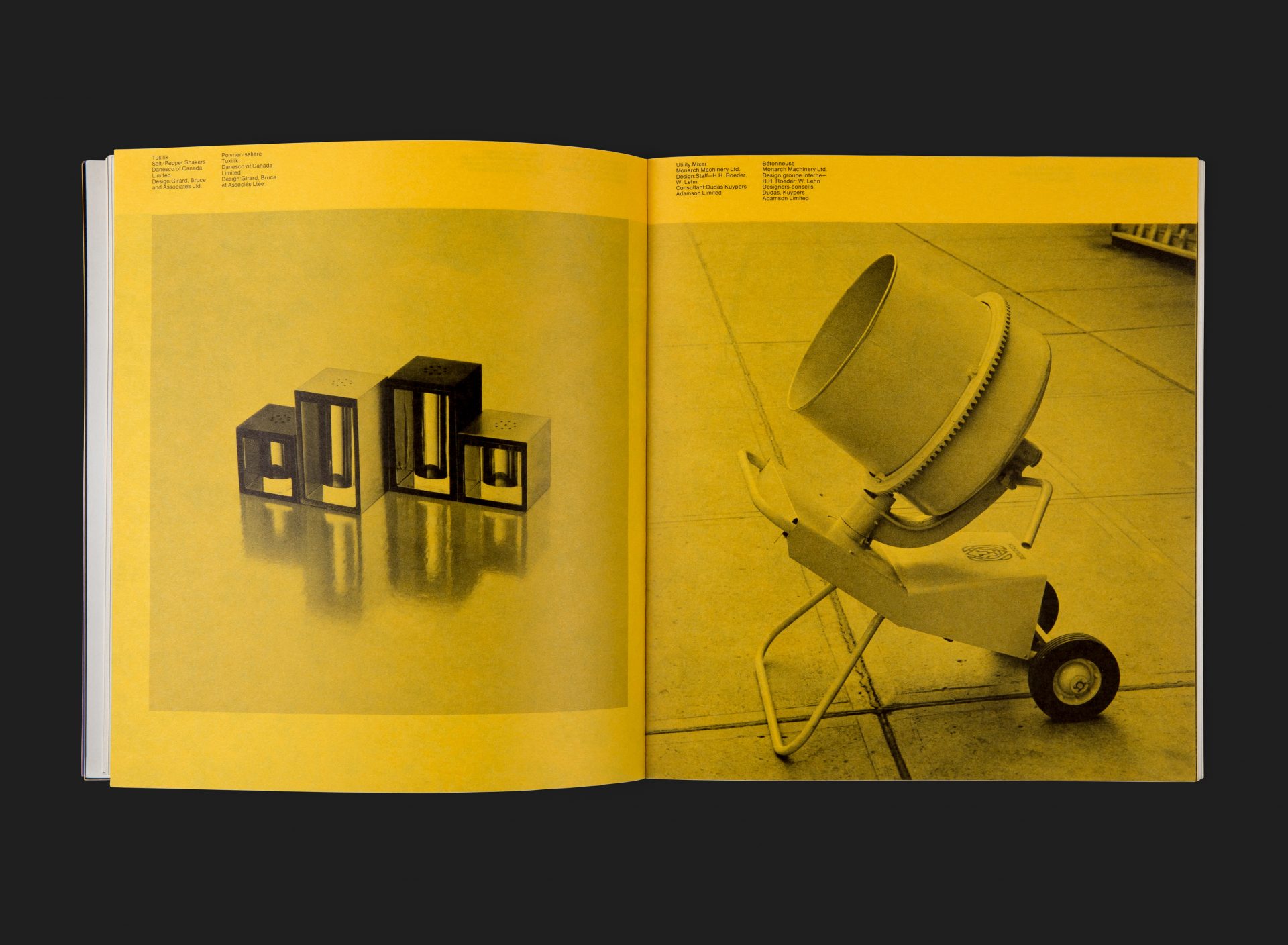 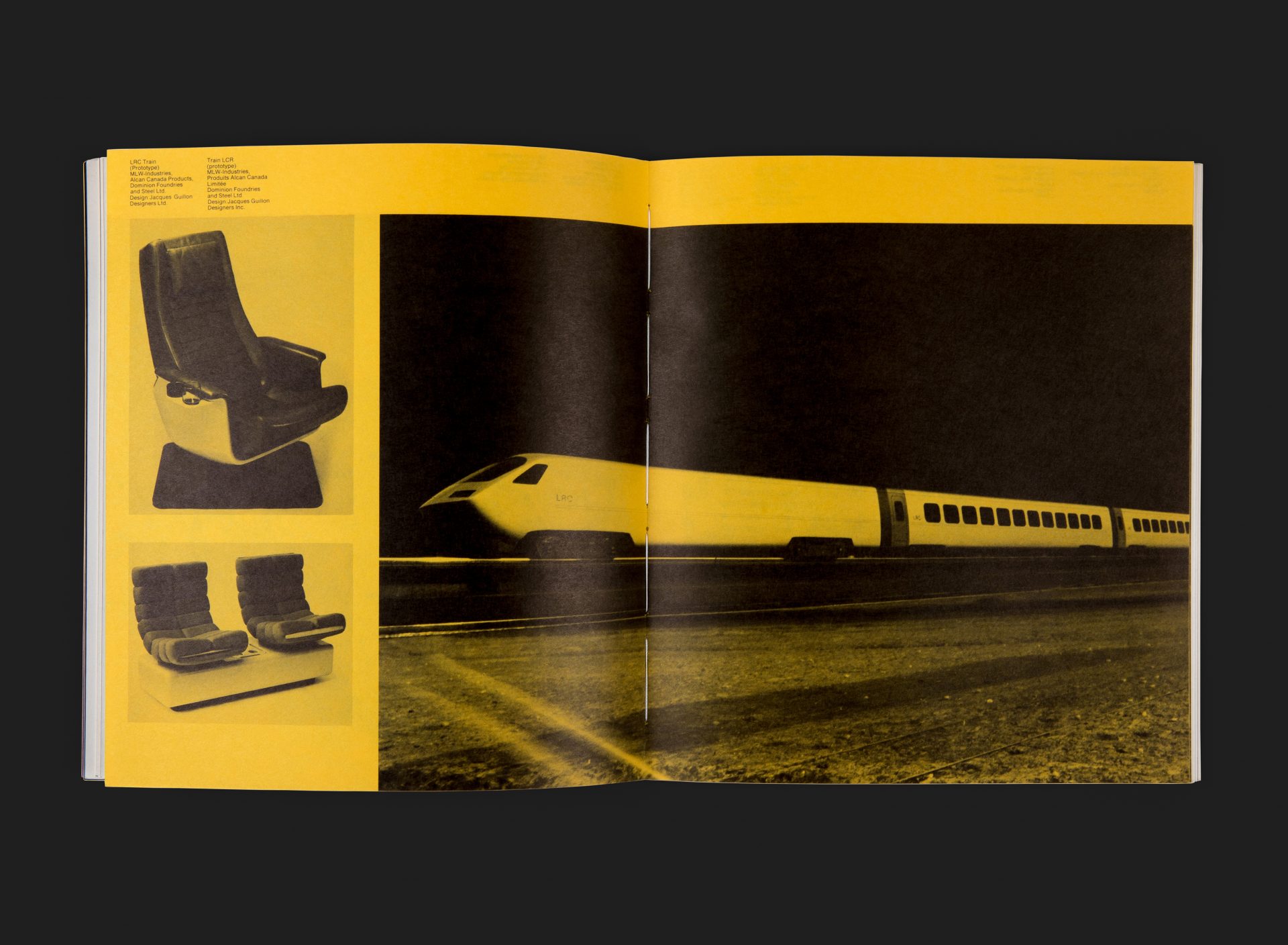 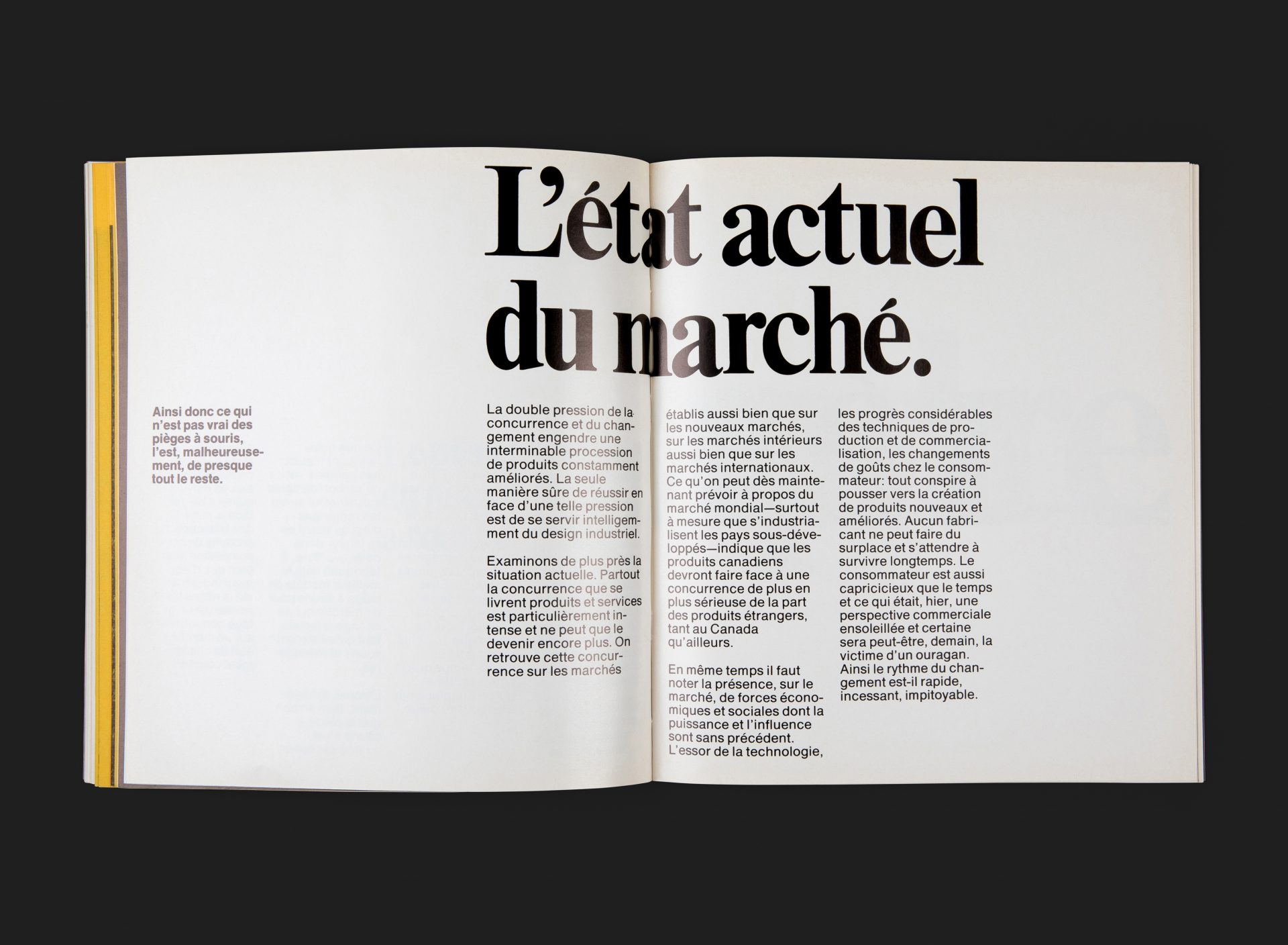 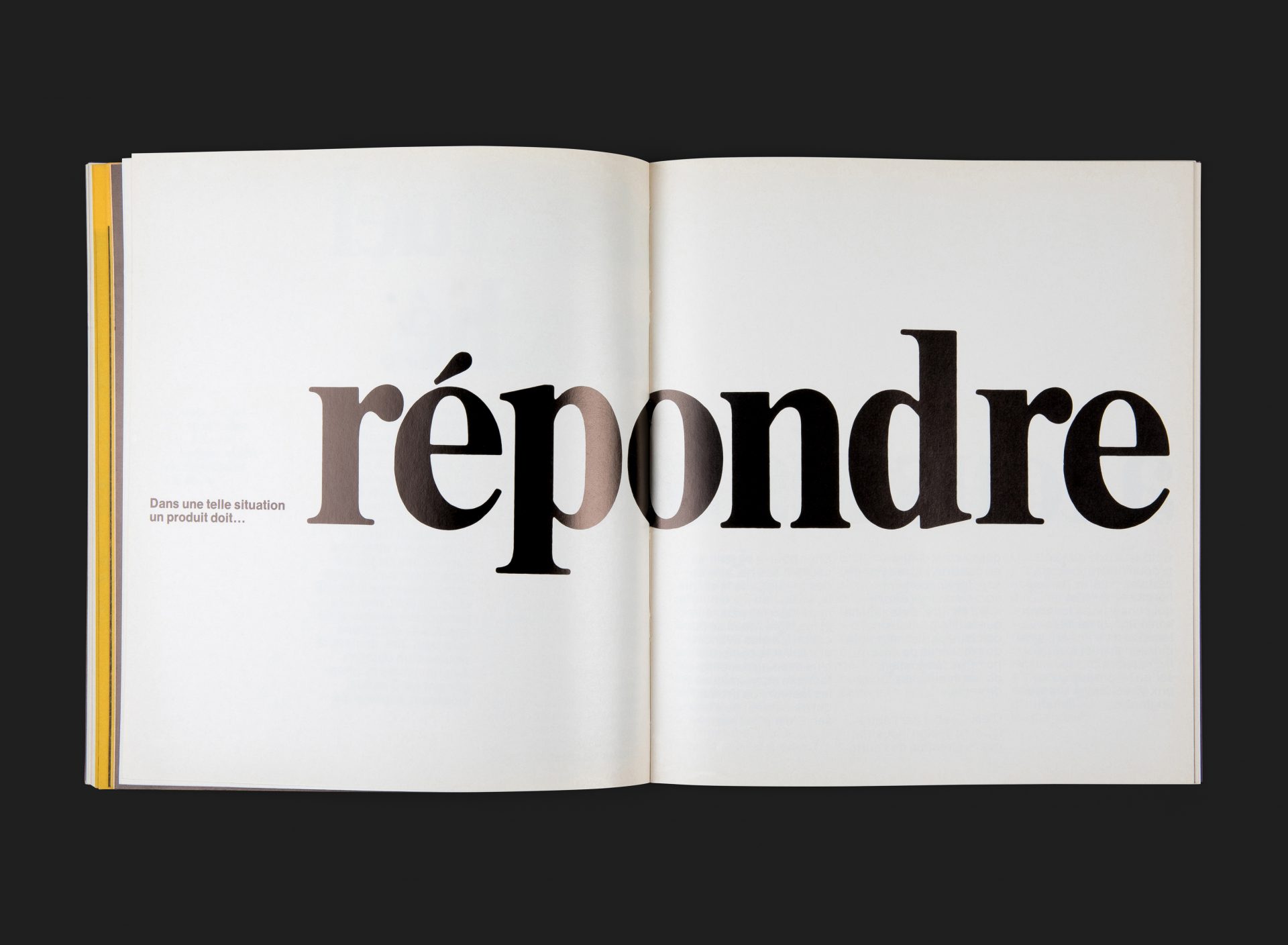 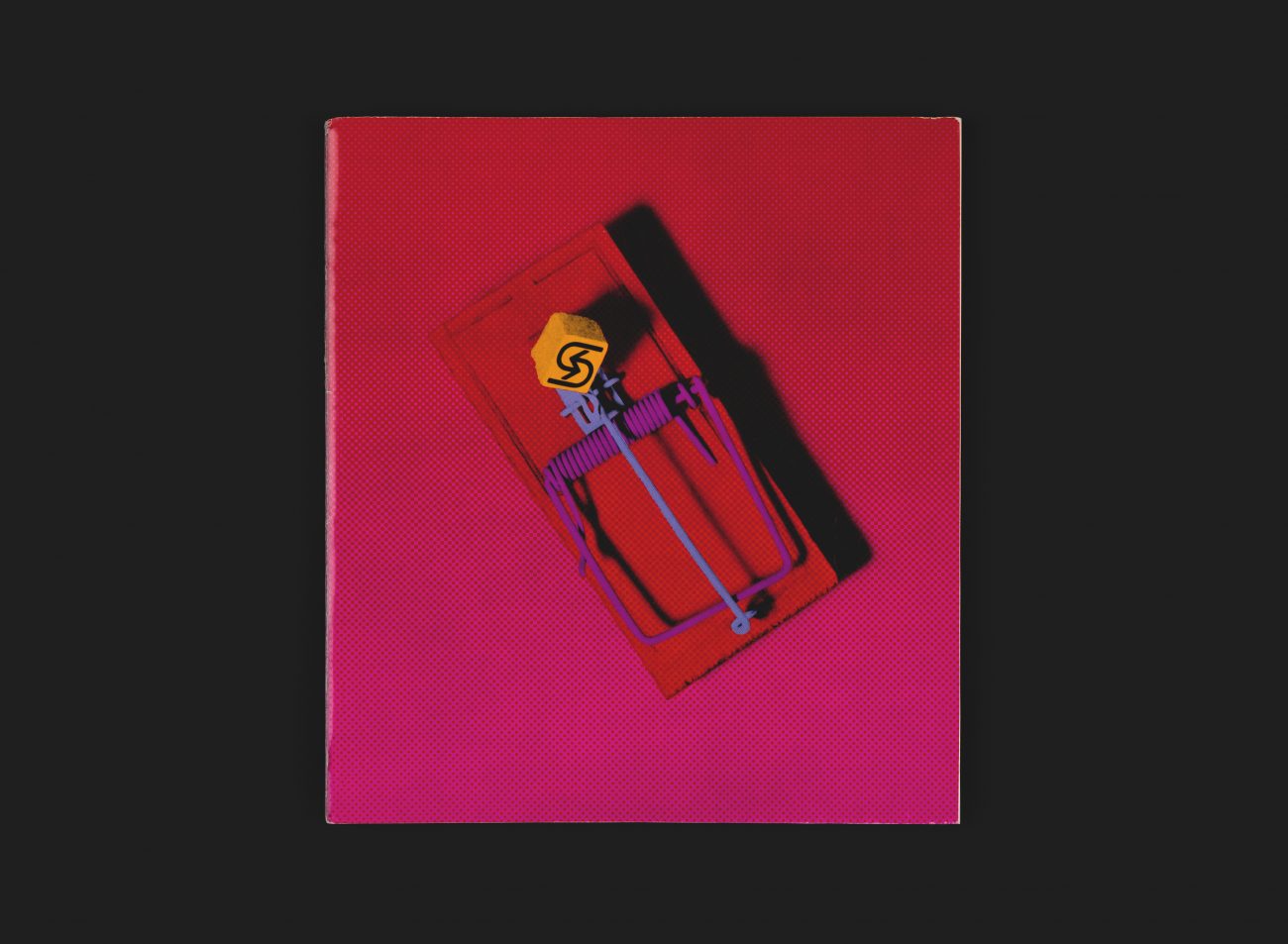 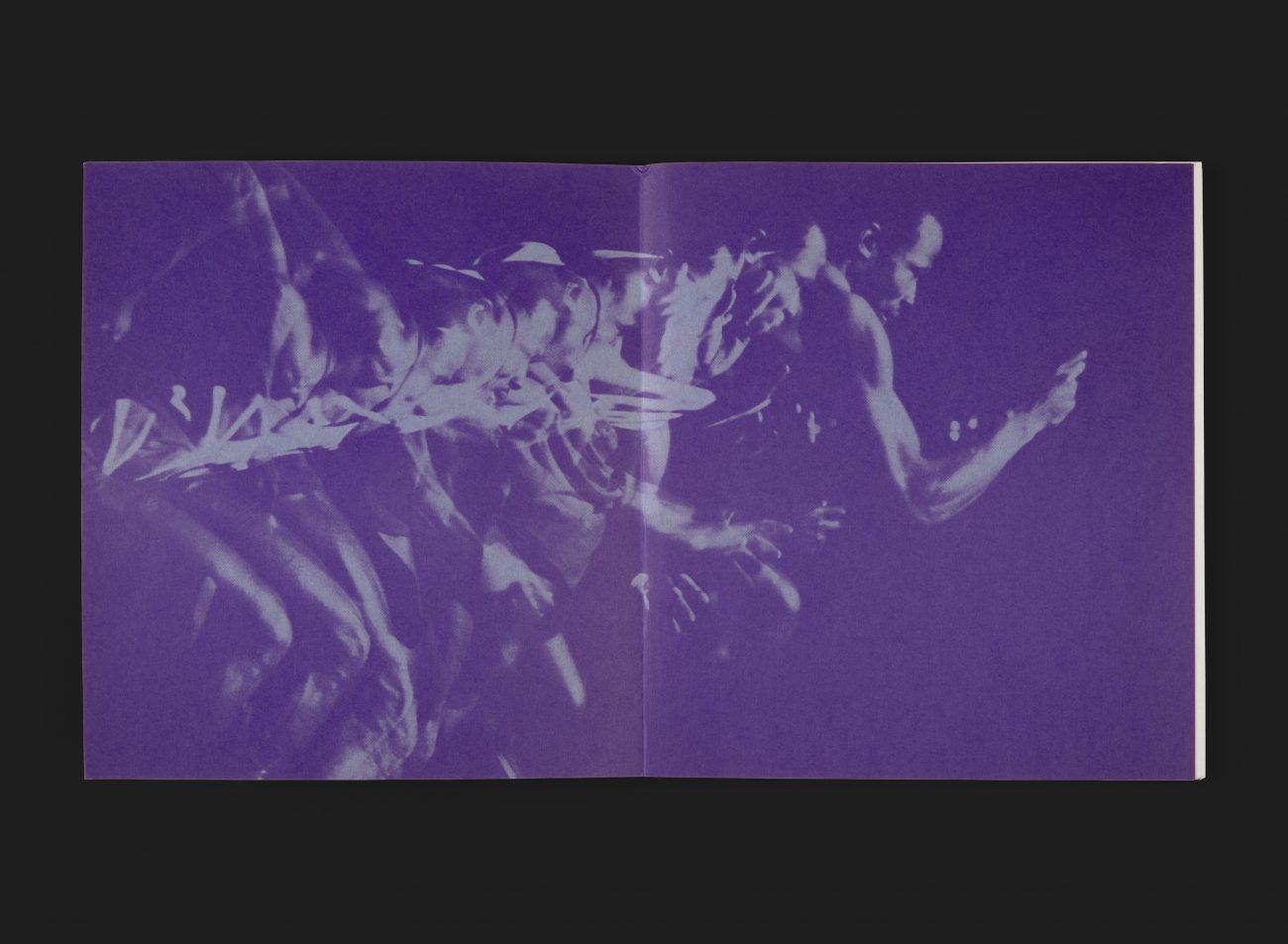 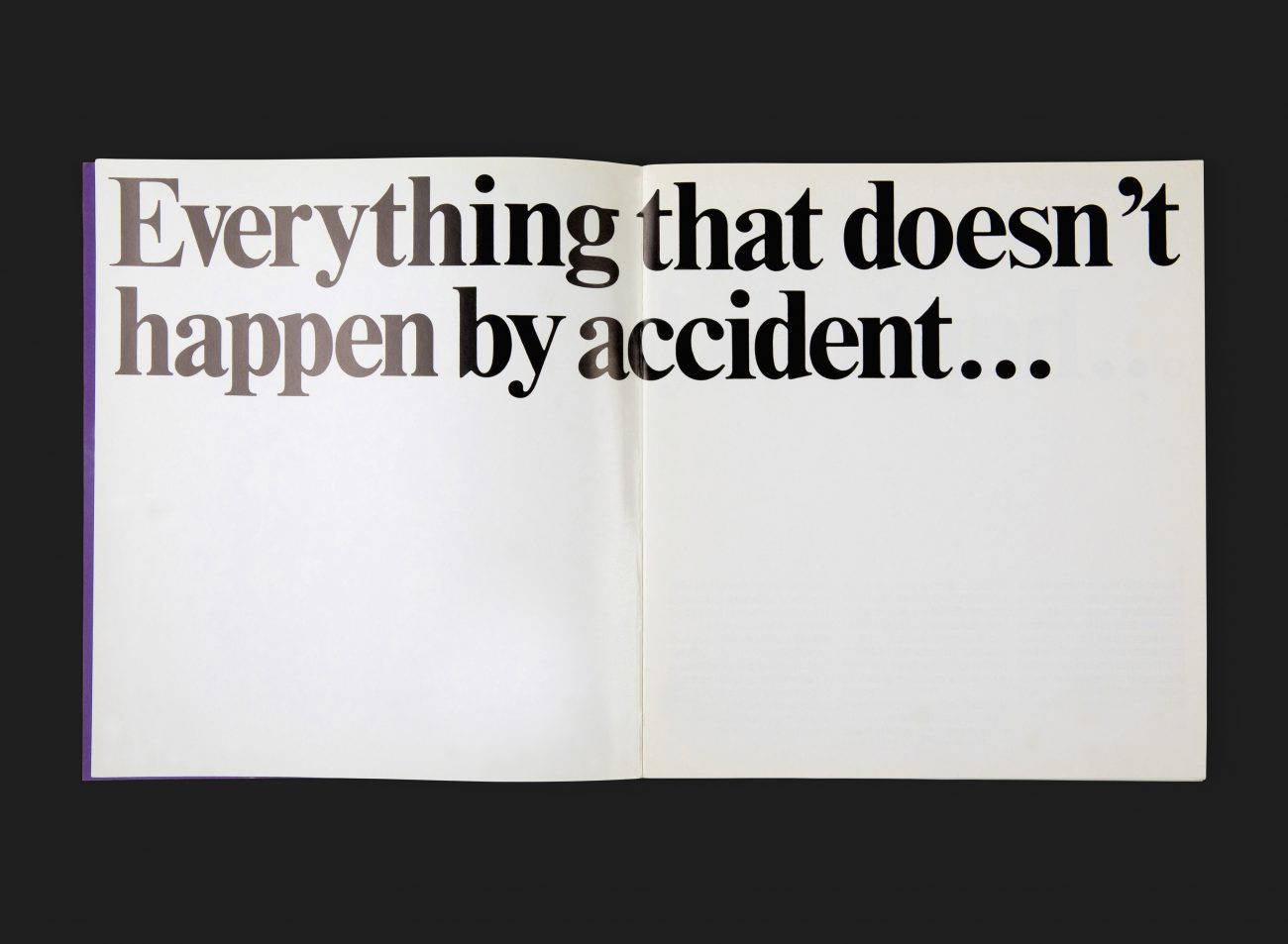 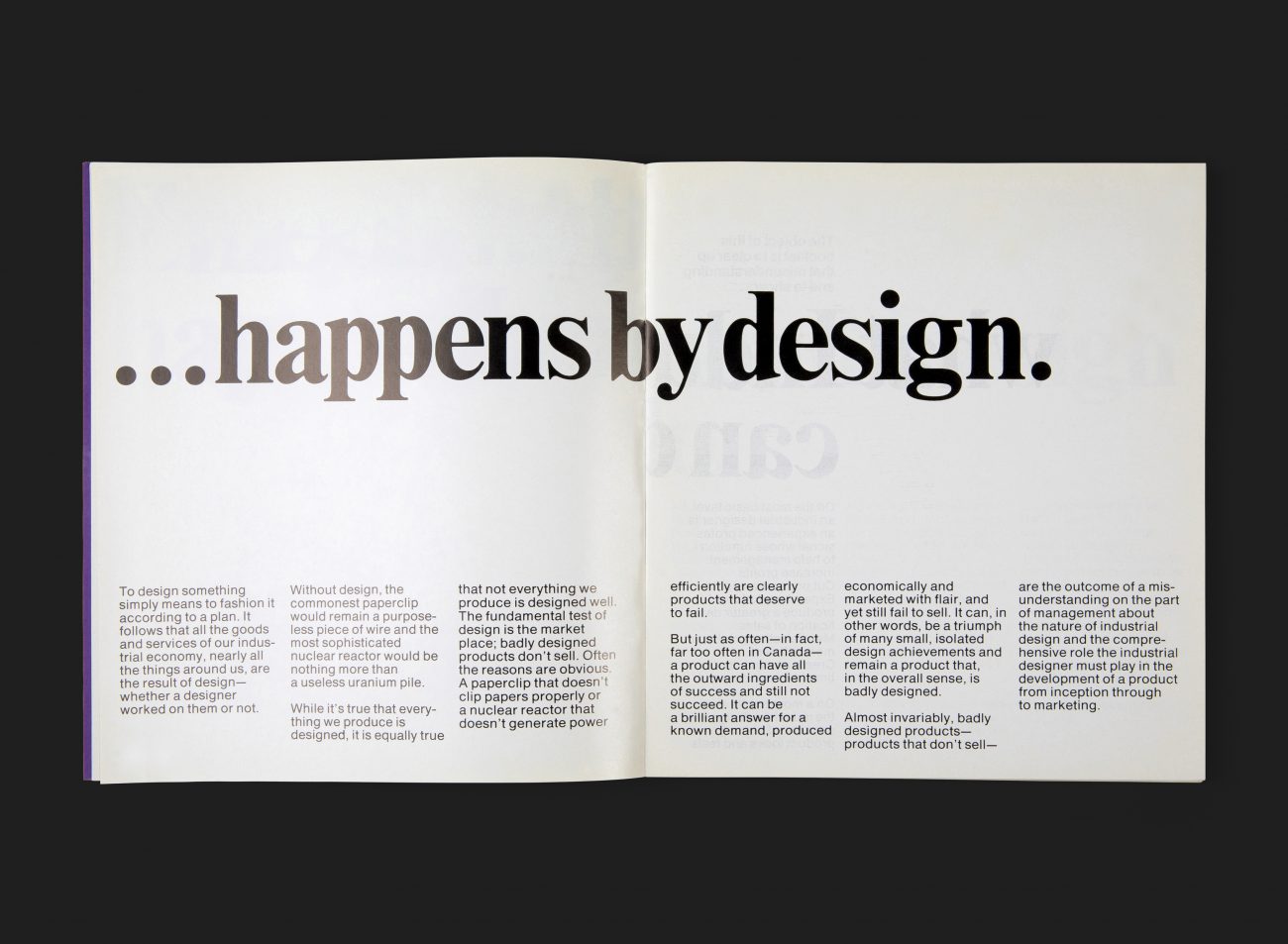 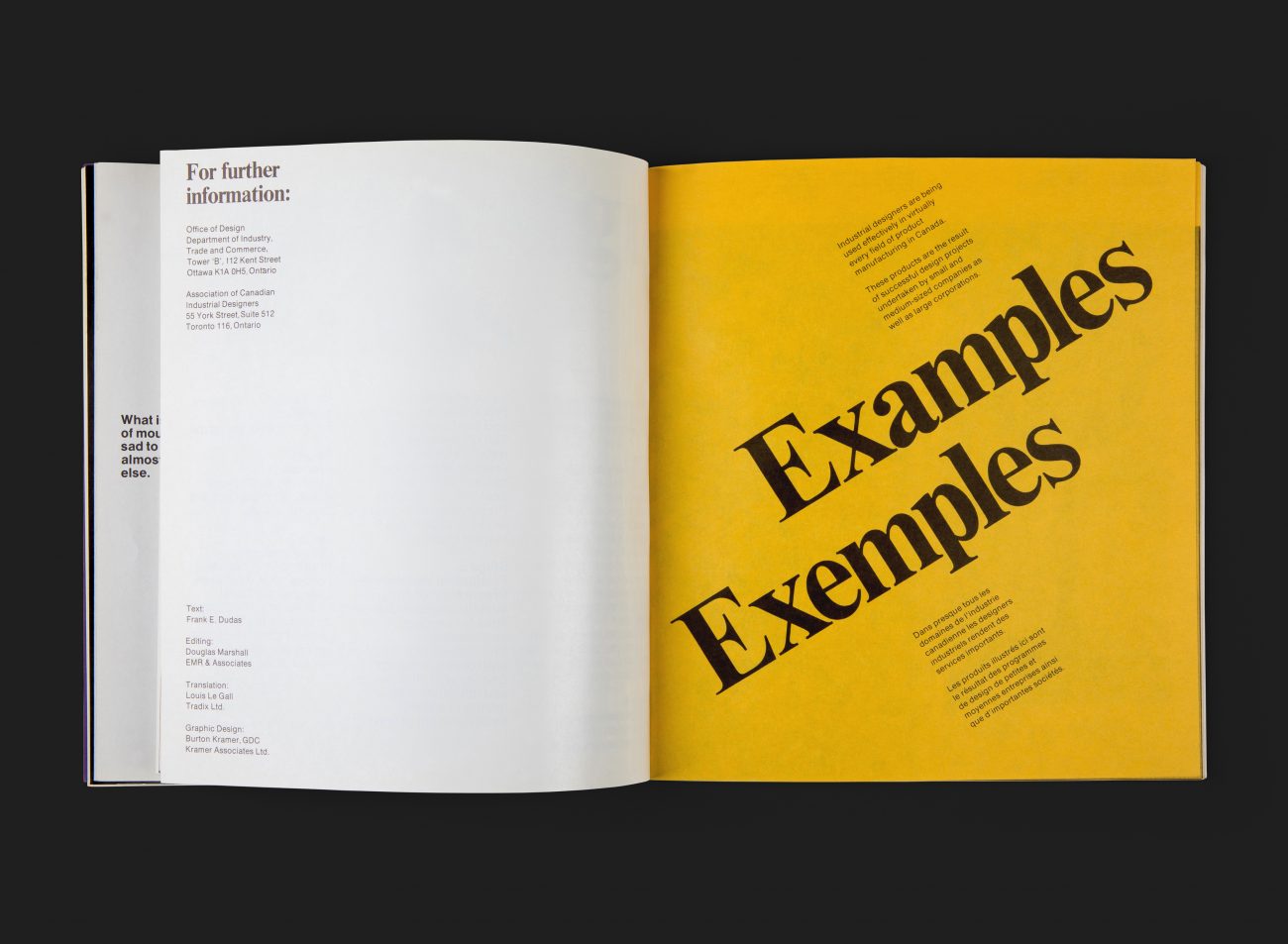 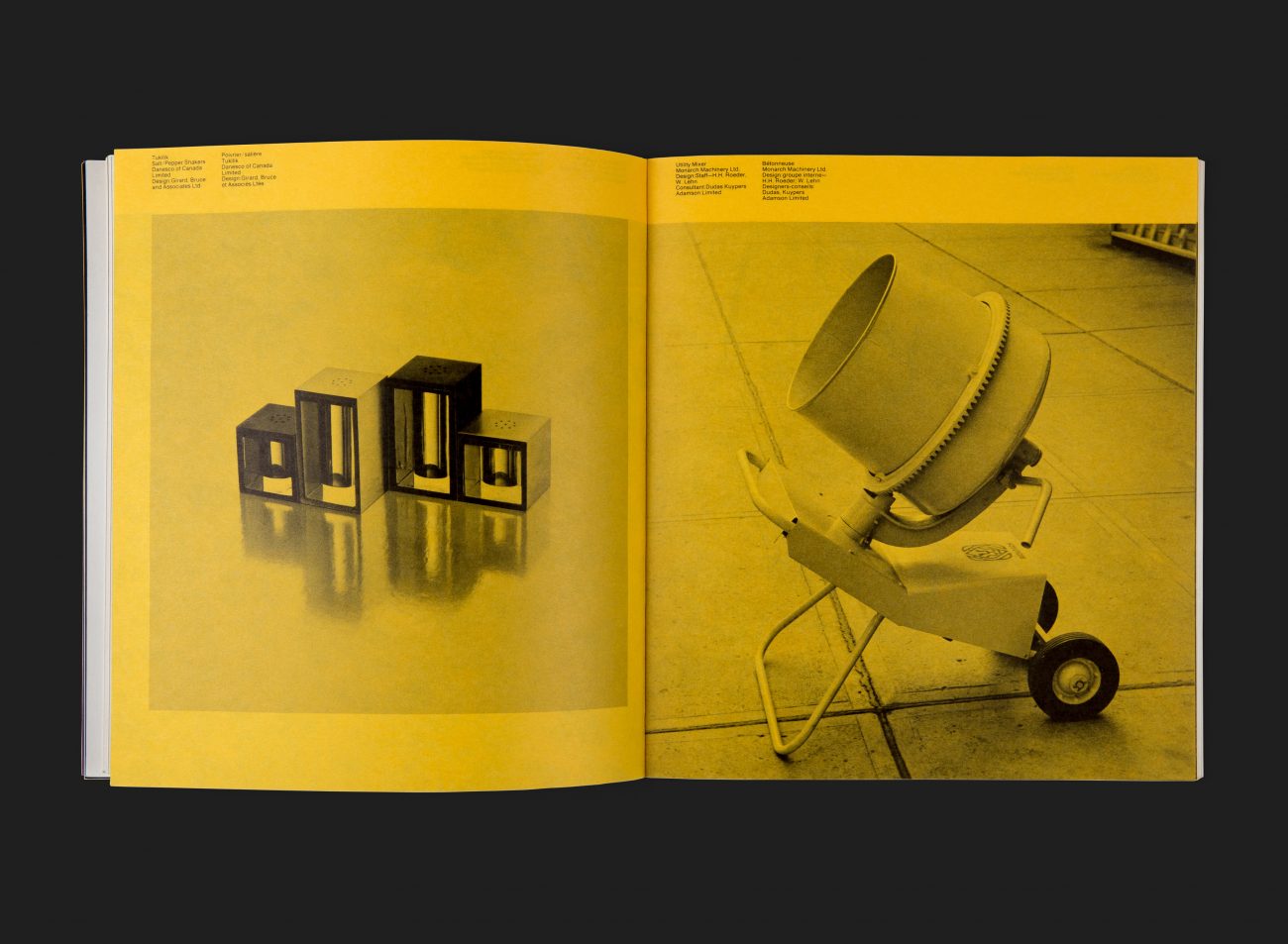 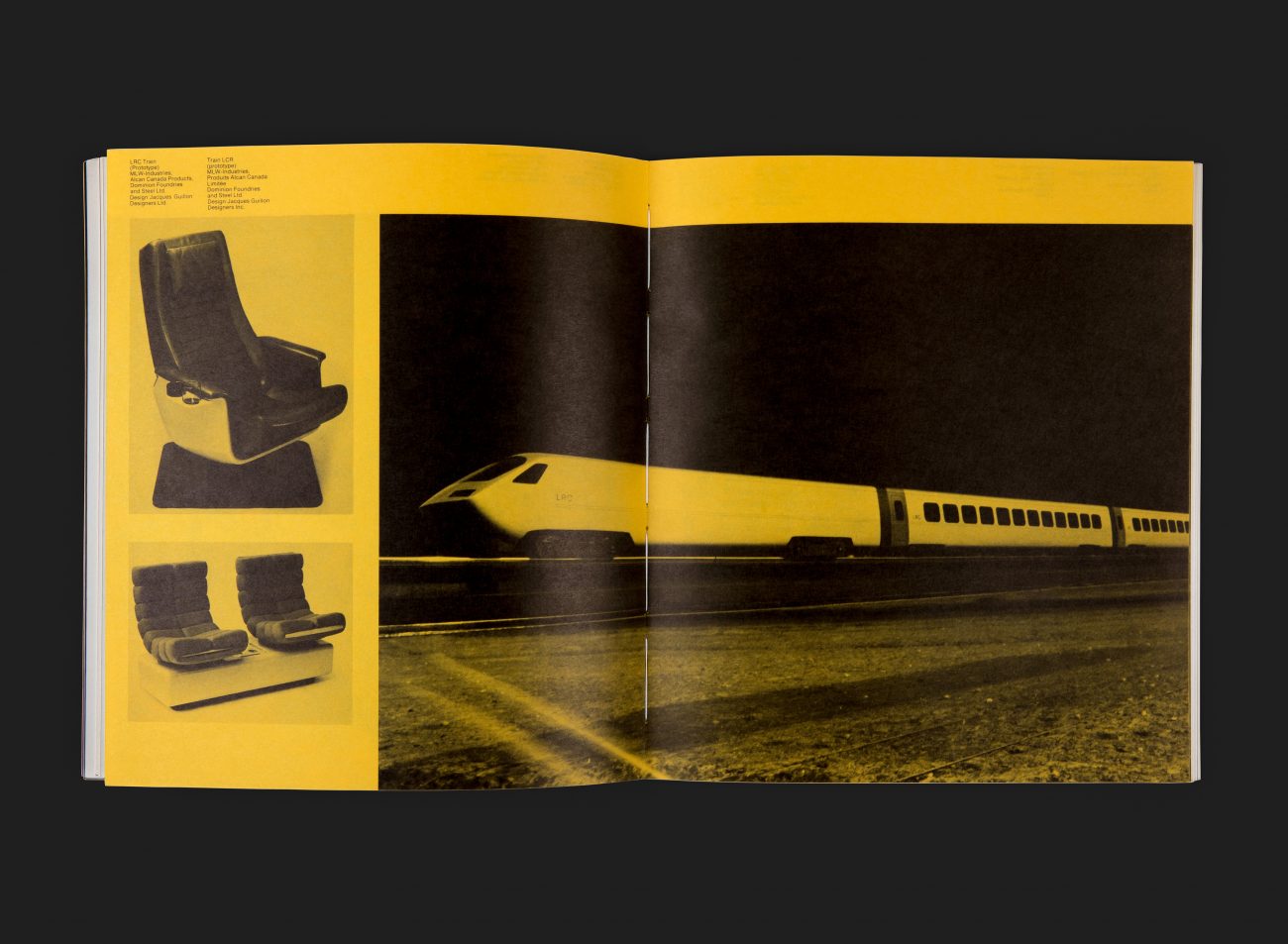 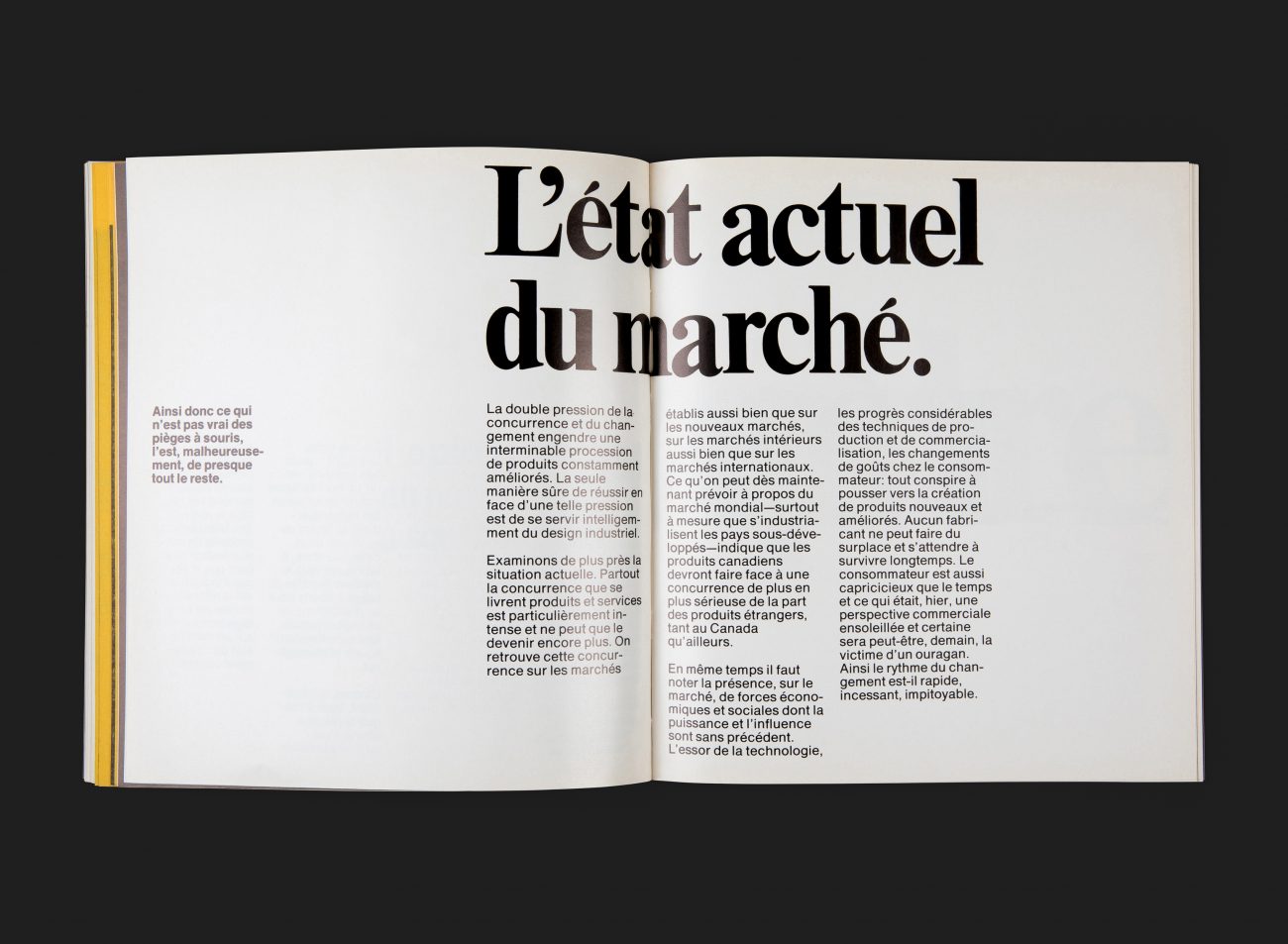 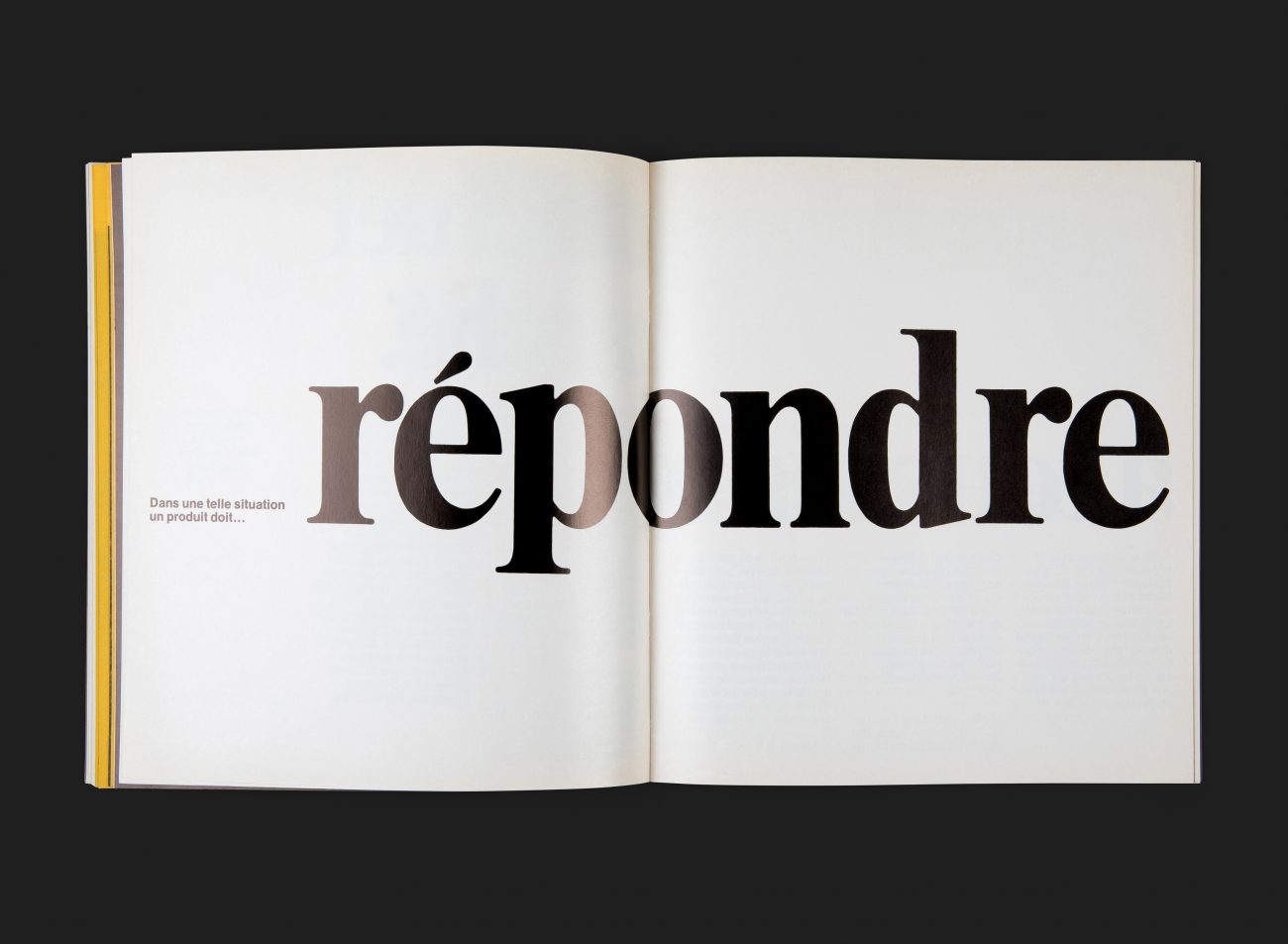 Industrial Design — The Competitive Edge was produced by Design Canada to help clarify the role of the industrial designer. It seeks to broaden awareness of the process involved in developing and marketing new products, and how industrialists can profit by the planned integration of design into their businesses, more effectively addressing the needs of their customers — use, function, changing taste and appearance.

The book represents the thoughts of several leading Canadian design professionals and covers subjects such as; how management can avoid wasting money on false starts; some of the keys in putting industrial design to work; how to recruit a designer; what to expect from a designer; and how the design process works.

Design and concept for the publication was handled by Burton Kramer, who was initially provided with the body copy in both English (written by Frank E. Dudas) and in French (translated by Louis Le Gall). He then proceeded to bring the themes and messages to life through large, impactful typographic ‘statements’ (set in Times Roman Bold) running throughout the book. This created dramatic contrast with the smaller body copy (set in Helvetica). The front half of the book was in English and the back half in French. The centre section (set bilingually, to bridge the sections) introduces a yellow paper stock and showcases actual products, machinery and transportation as evidence of the successful implementation of industrial design in Canada.

The cover design evolved from an early section in the book, ‘The Mousetrap Syndrome”, a story of a company in the US who intended to build a better mousetrap, but failed on account of their lack of understanding of consumer psychology. This led Burton to purchase a cheap, standard mousetrap, photograph it in black and white, and have the cheese carry the Design Canada logo. The perfect metaphor to communicate that manufacturers need to maintain a competitive edge in a marketplace that is constantly changing.

The publication was met with great enthusiasm by its audience. These are just a sampling of letters which ‘Design Canada’ received from its plaudits:

This publication was awarded for its typographical excellence by the Type Directors Club, New York in 1973.