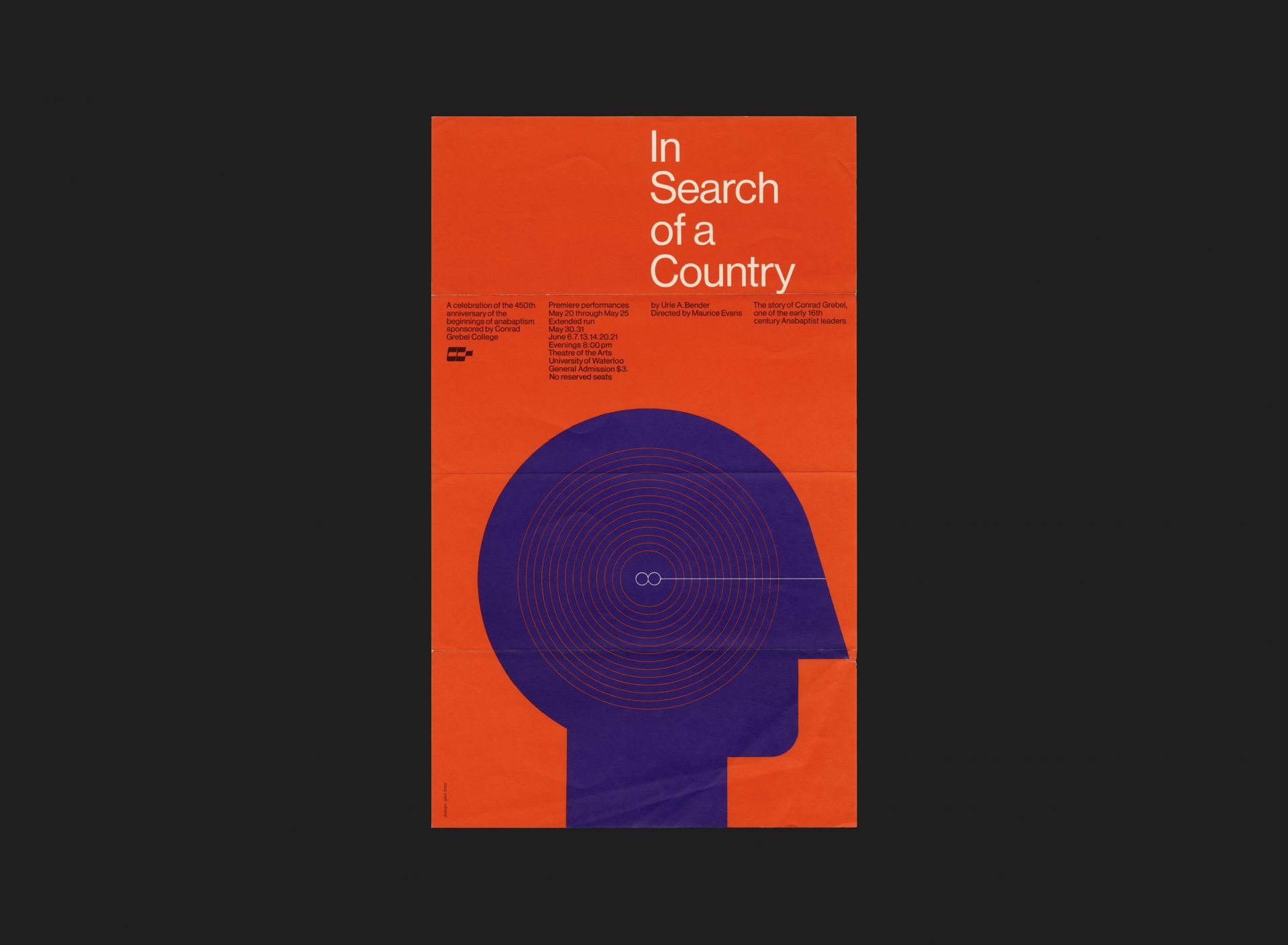 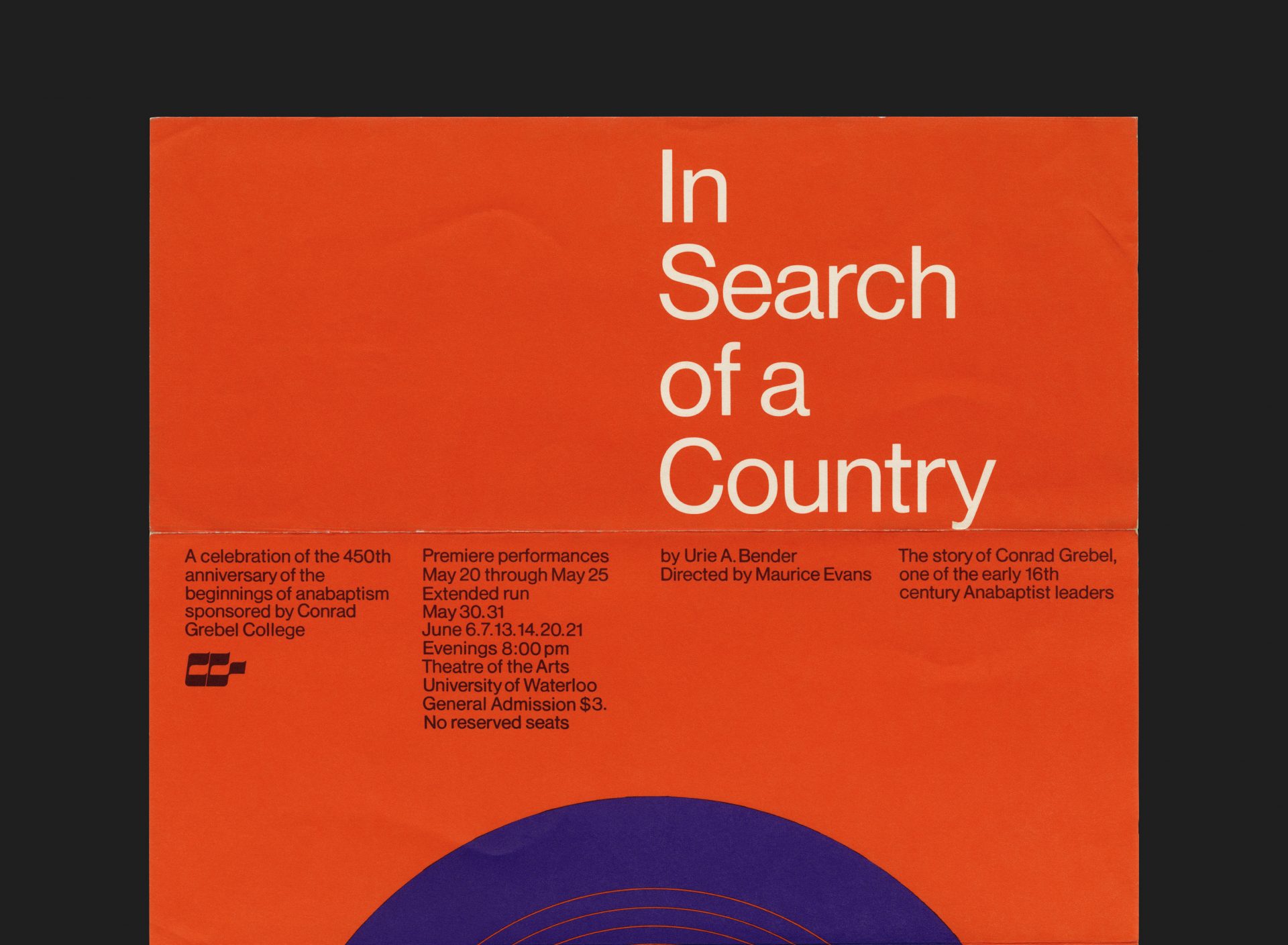 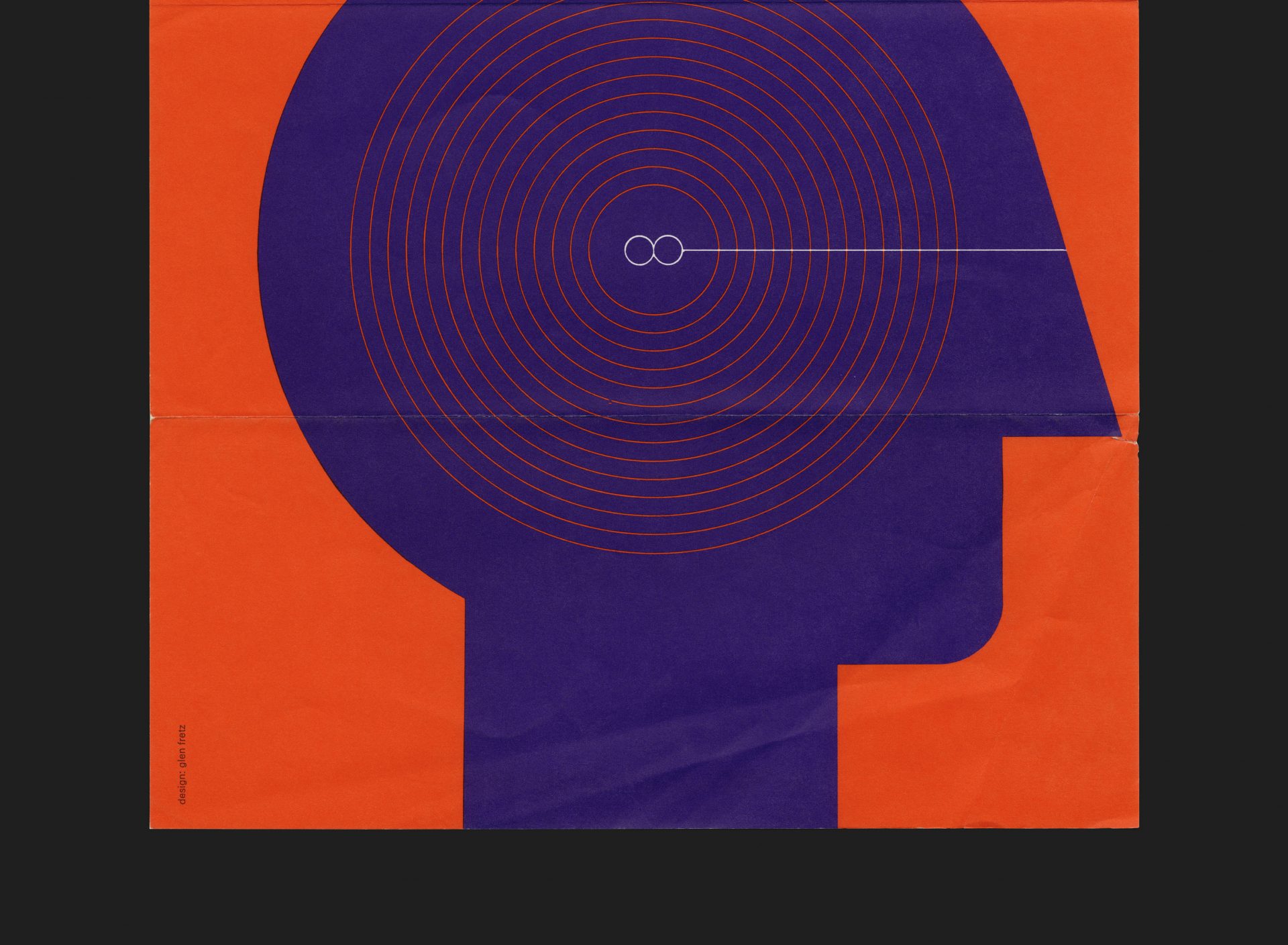 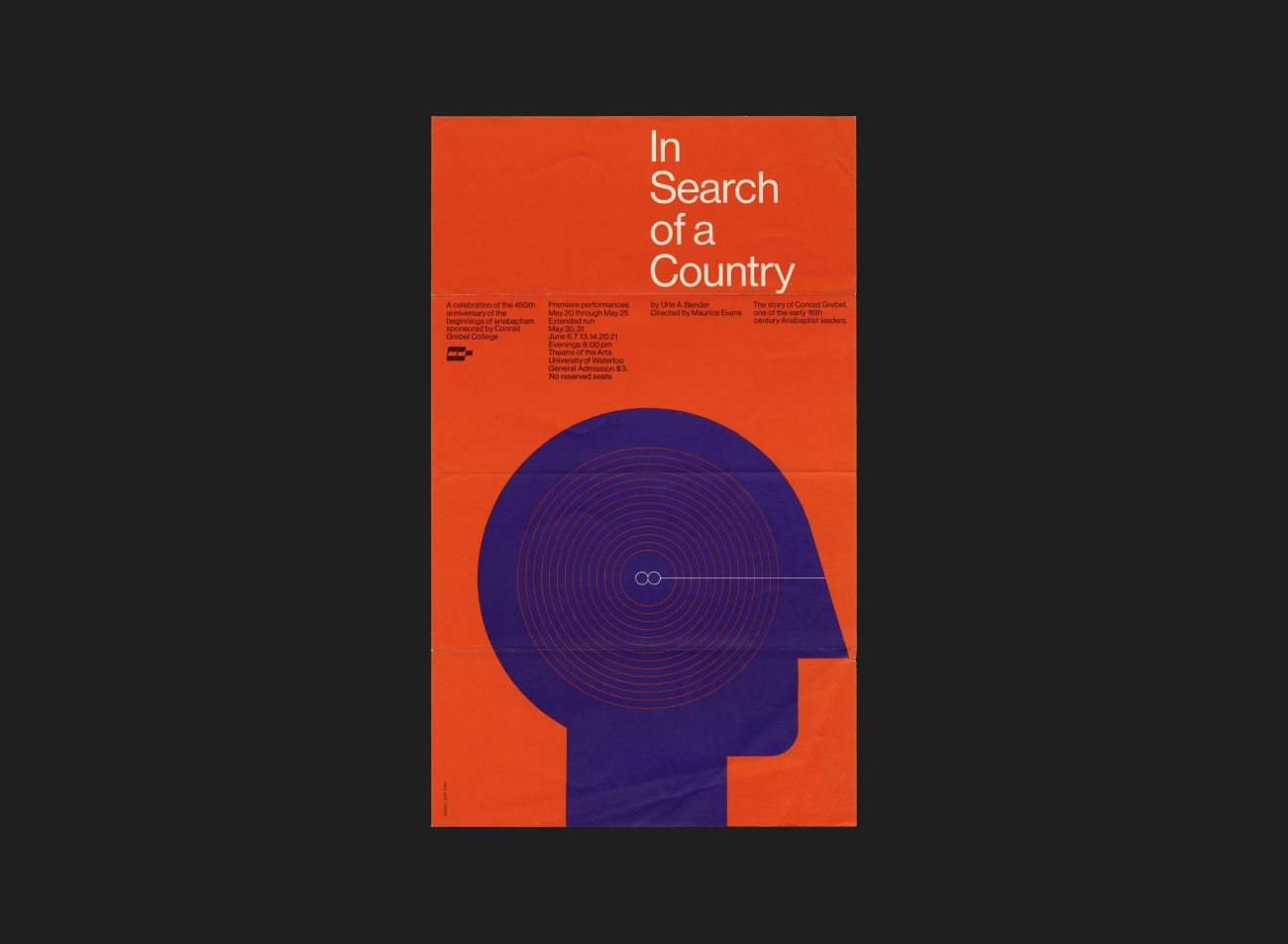 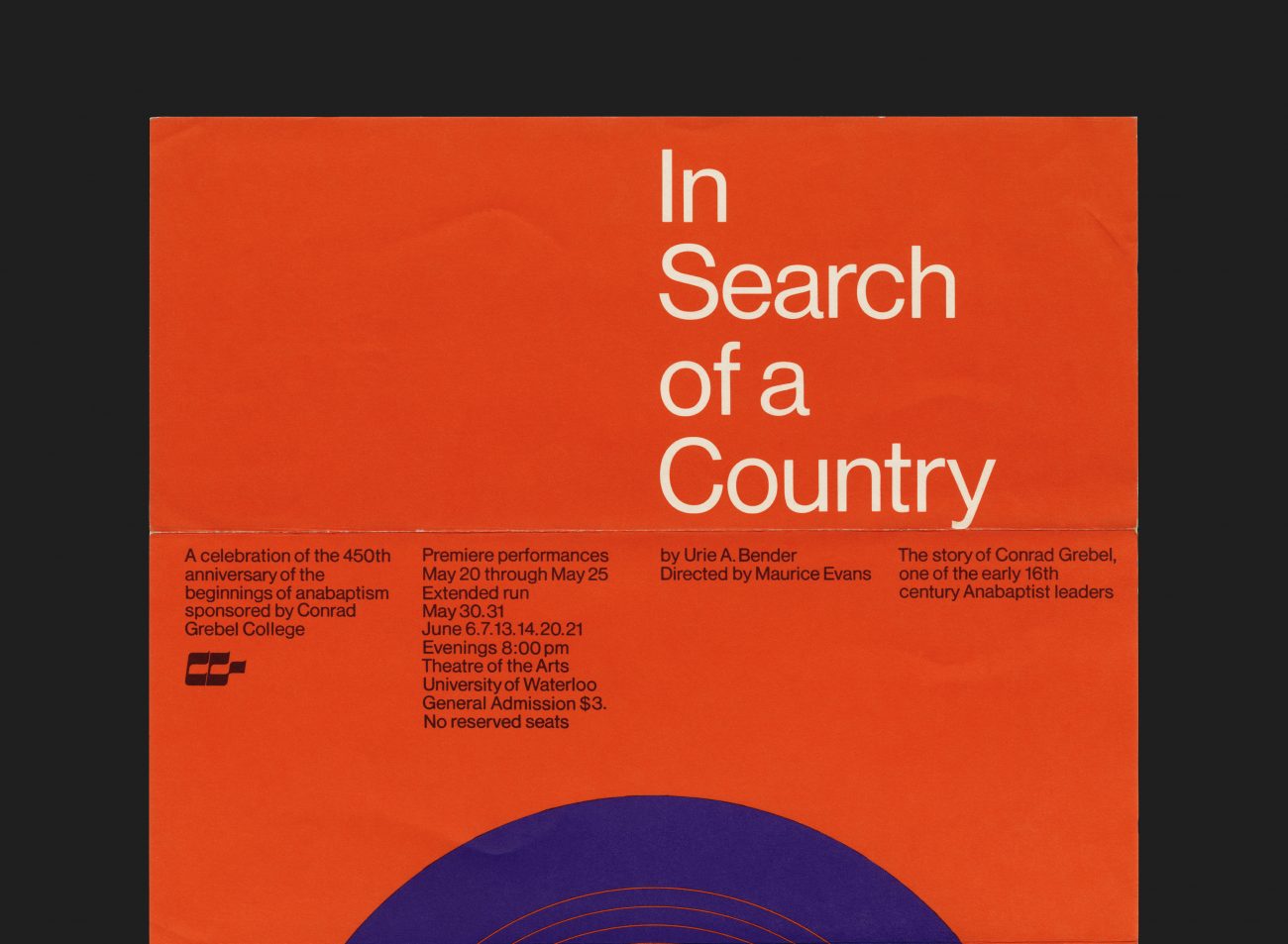 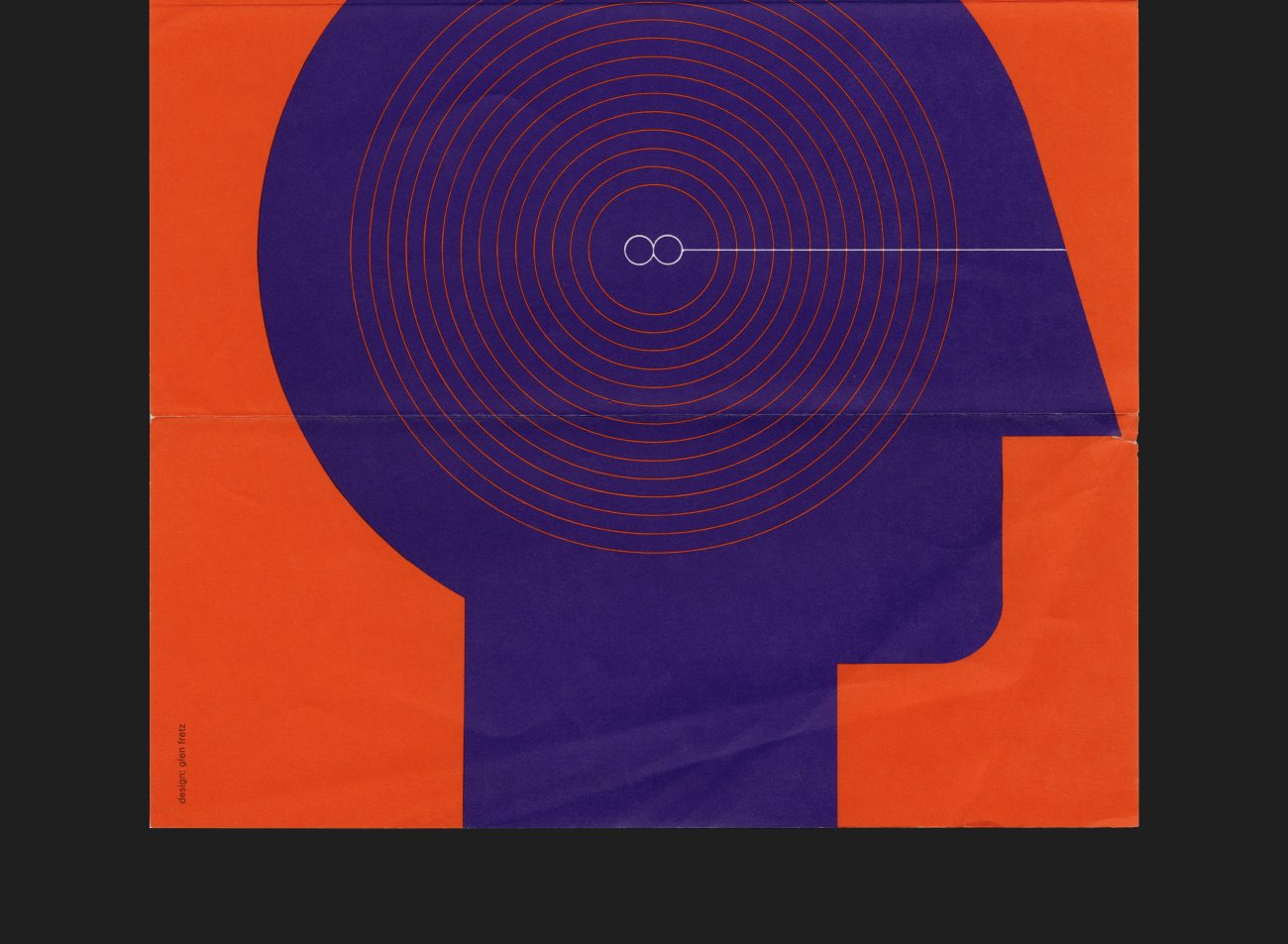 In Search of a Country
CM147

Title: In Search of a Country

In 1975, Mennonites, worldwide, celebrated the 450th anniversary of the beginnings of Anabaptism — the religious movement that led to their formation. One of the local events was sponsored by Conrad Grebel College, a Mennonite College on the campus of the University of Waterloo, Ontario.

This poster promoted a stage performance of the story of Conrad Grebel, a young Swiss university student in the 16th century who was part of the radical reformation group known as Anabaptists and after whom the college was named. To escape persecution, Anabaptists had to search for a country that would accept them and tolerate their beliefs.

The design features a stylized human head with concentric rings. The white line makes a direct connection between the eye and a Möbius loop (representing the inner spirit).