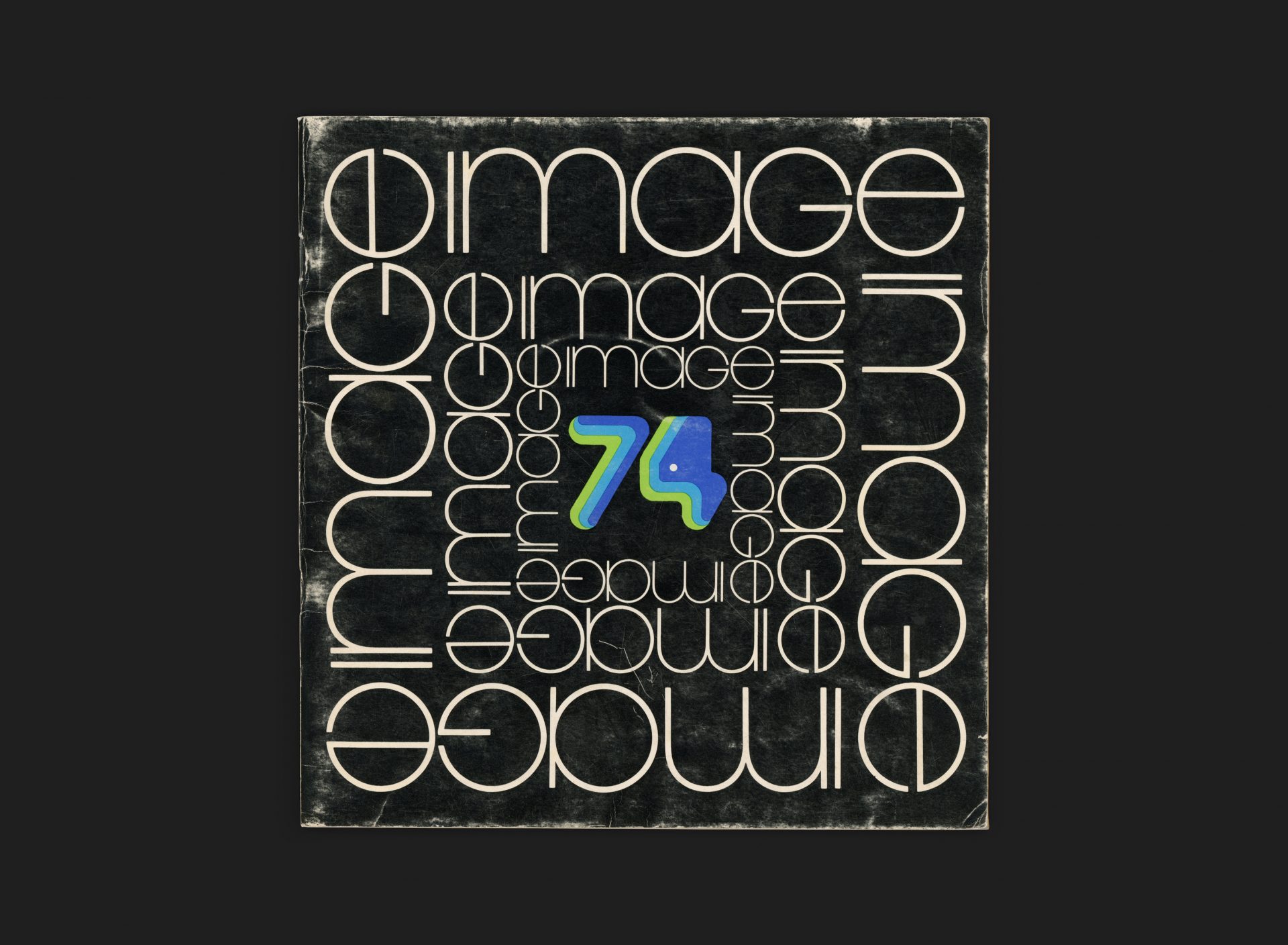 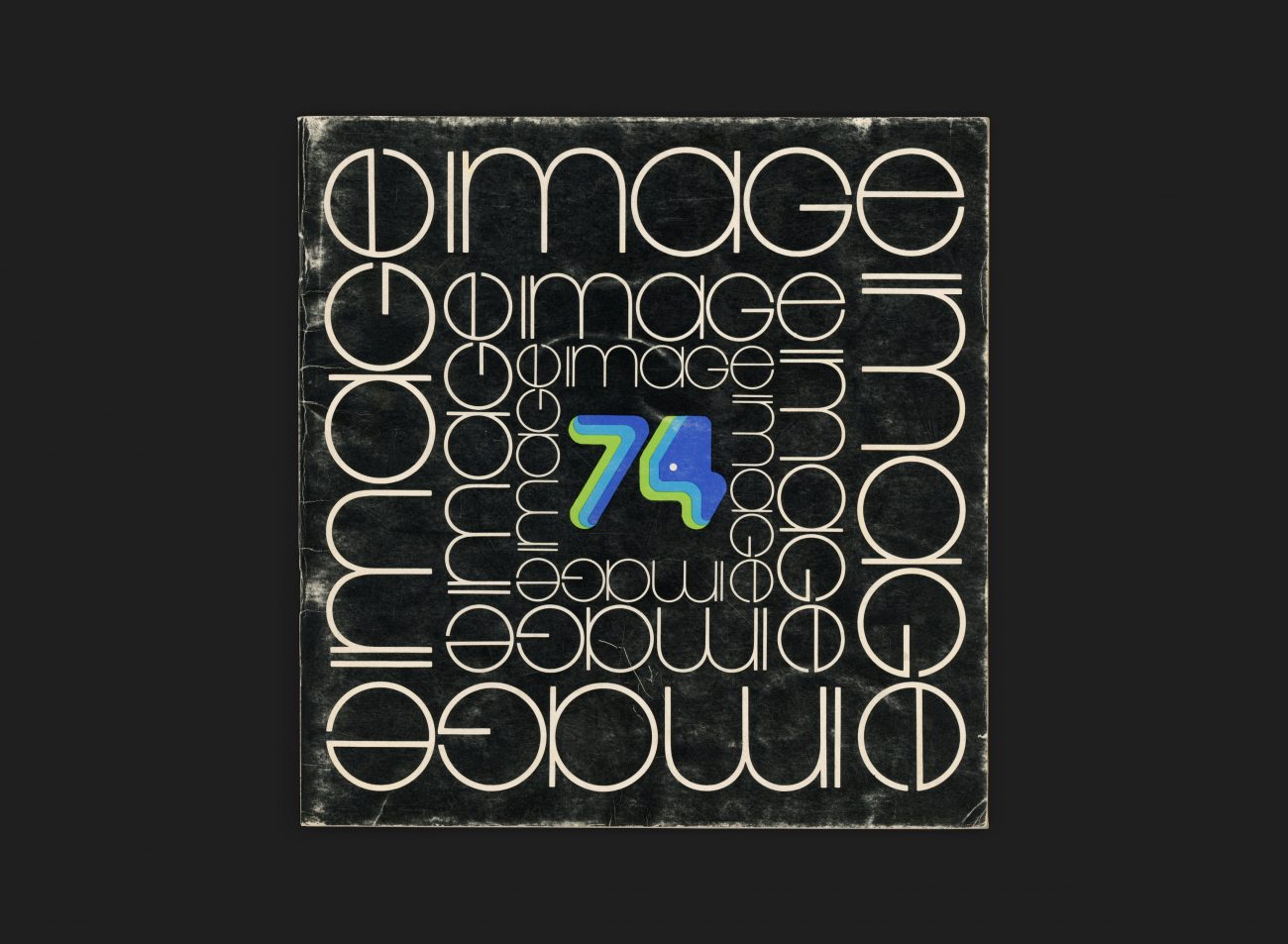 Client: The Artisans’ Guild of Hamilton,
The Canadian Guild of Crafts

Image 74 was an exhibition run and organized by the Artisans’ Guild of Hamilton (an affiliate of The Canadian Guild of Crafts). The exhibition was held at Hamilton Place, Hamilton, in June 1974.

Since its inception in 1961, the Artisans’ Guild of Hamilton staged an annual show and sale, to showcase the excellence of design and construction in the handicraft arts found in south-western Ontario. The Guild’s primary mission was to encourage and recognize the developing appreciation of fine handicrafts and craftsmanship among residents of Hamilton and the surrounding communities. Image 74 built on these principles, whilst forging appropriate standards for the design and production of craft objects by practitioners, as well as developing education in handicraft skills among the general public.

The cover features a typographic composition of the word ‘image’ set in black and white within a square vortex, reducing in scale over 3 steps. At its centre (and in contrast to its hypnotic surroundings) sits the number ’74’, crafted in a more organic, humanized form in green, teal and blue.