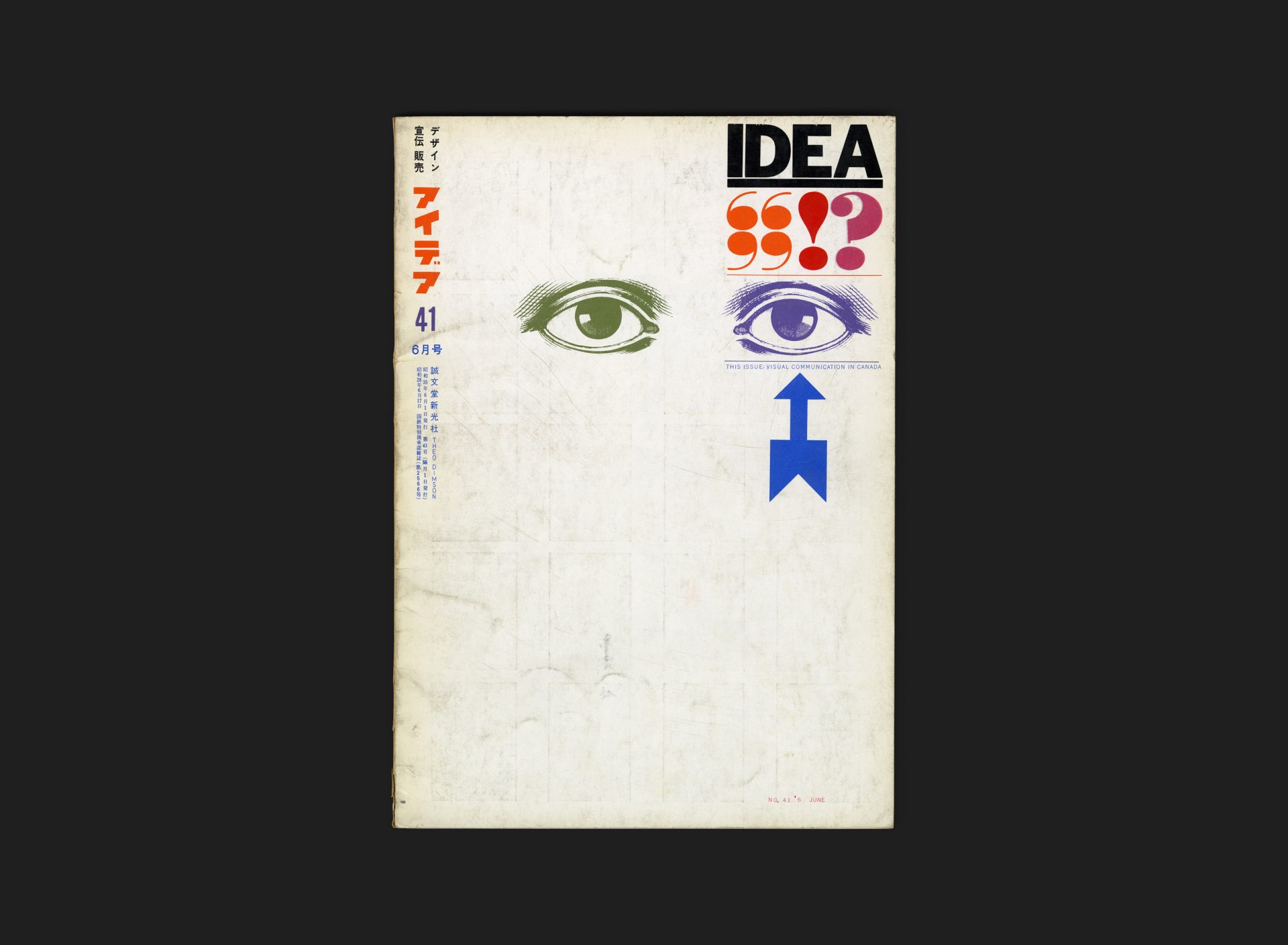 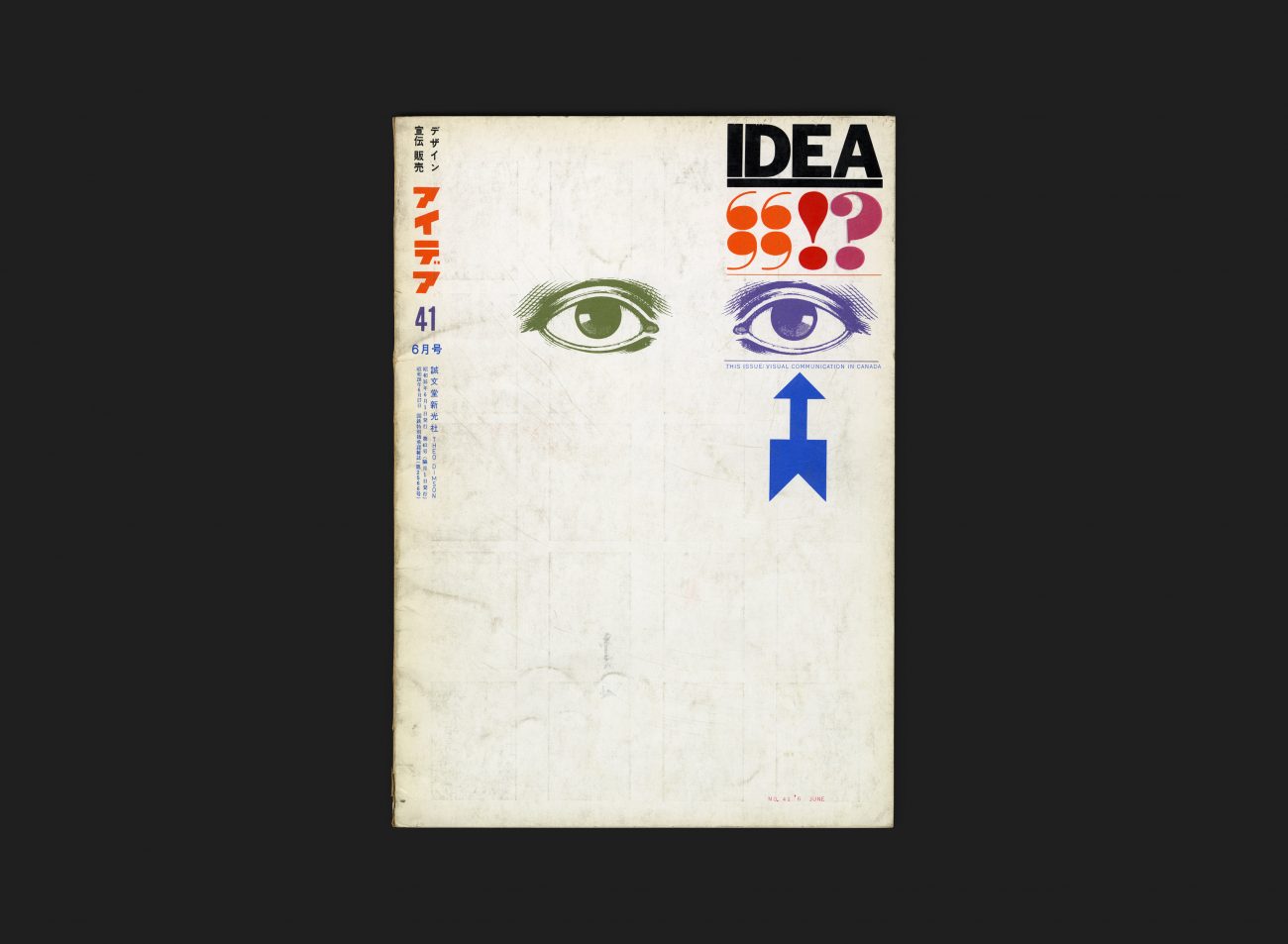 Since 1953, Tokyo-based IDEA Magazine has remained one of Japan’s foremost publications on graphic design. By 1961 the majority of covers for the magazine had been created by Japanese designers, except for a few masters of the time such as Paul Rand, Herbert Bayer, Bob Gill and Josef Müller-Brockmann. So when the magazine ran its first feature on Canadian Design, dedicating 75% of the issue to the subject, it was a great honour to not only be included, but to have the opportunity to design the cover in Theo Dimson’s case.

The designers included in this issue were; Paul Arthur, Ted Buthune, Jack Birdsall, Hans Kleefeld, Graham Coughtry, Lois de Niverville, Theo Dimson, Allan Fleming, Eugenie Grah, James Hill, Frank Lipari, Arnaud Maggs, Allan Mardon, Frank Newfeld, Leo Rampen and Ernst Roch. The forward, written by Arnold Rockman, describes how Canada’s unique identity is connected to both the United Kingdom and the United States of America, and how immigrants from other parts of the world have begun to pour their influences and training into our land — producing a distinctive expression like nowhere else. Sadly it was also felt that the level of quality, on the whole, was reserved to the very best designers of the time, of which those who featured were deemed the top of their game.

Dimon’s cover borrows direct visual references from the work displayed in the pages of the magazine and melds the delicate touch of traditional Japanese expression with the celebrated, colourful graphic language of Canadian graphic design. The graphic elements depicting a visual interpretation of the title of the publication.

It must be stated that nobody before Theo had has designed such a minimal cover for IDEA with the majority of the cover area being reserved to unprinted white space.