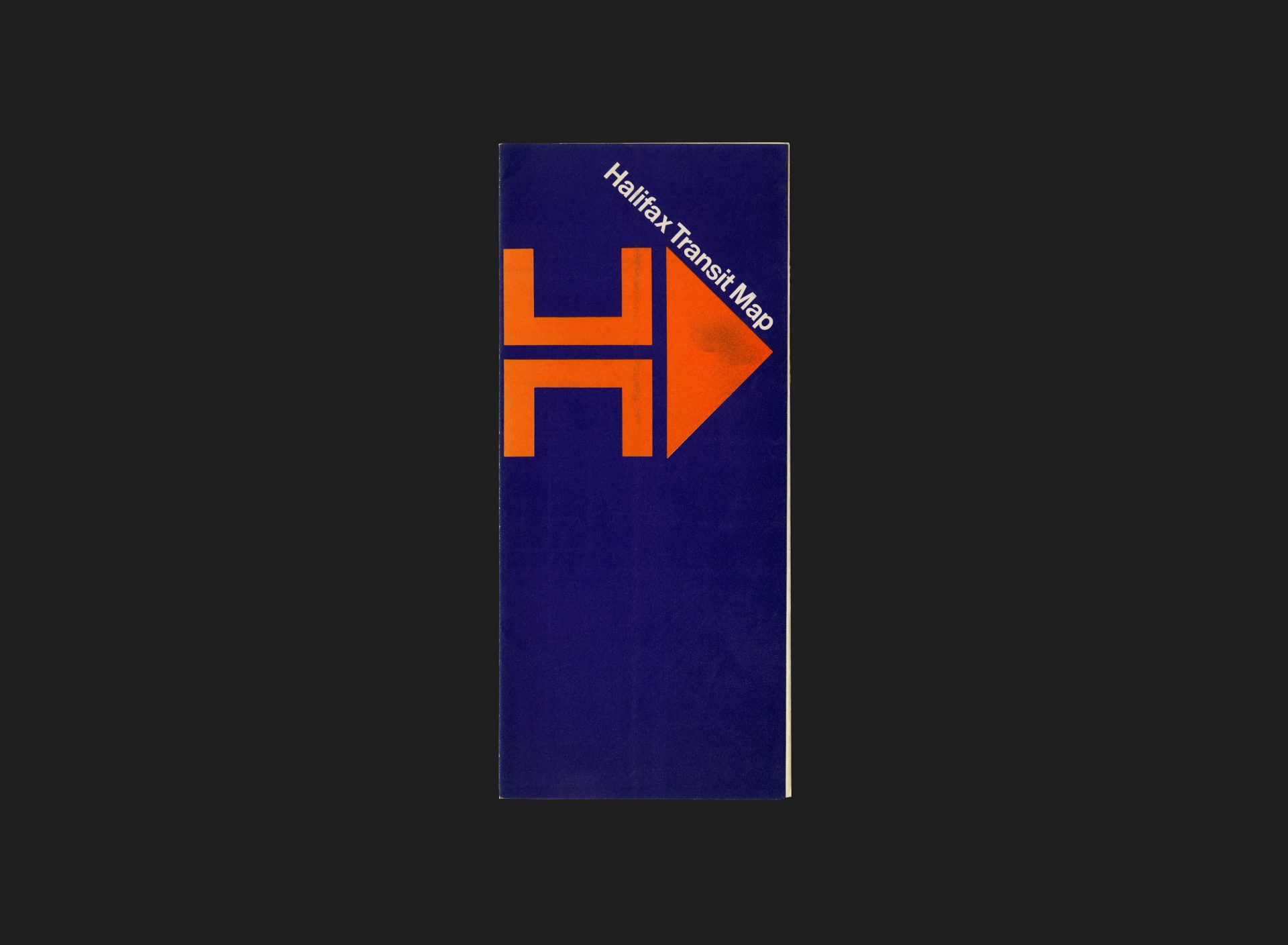 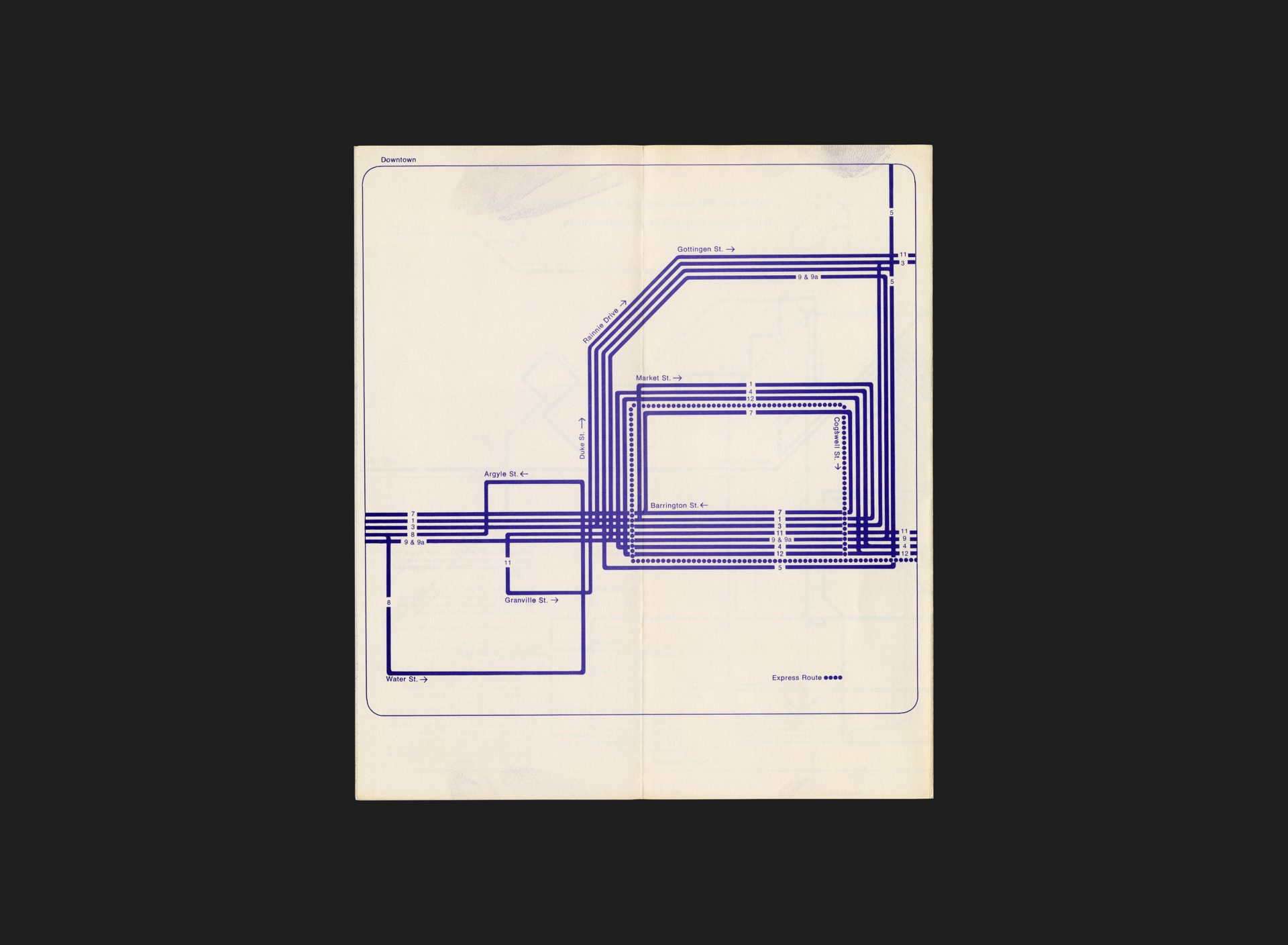 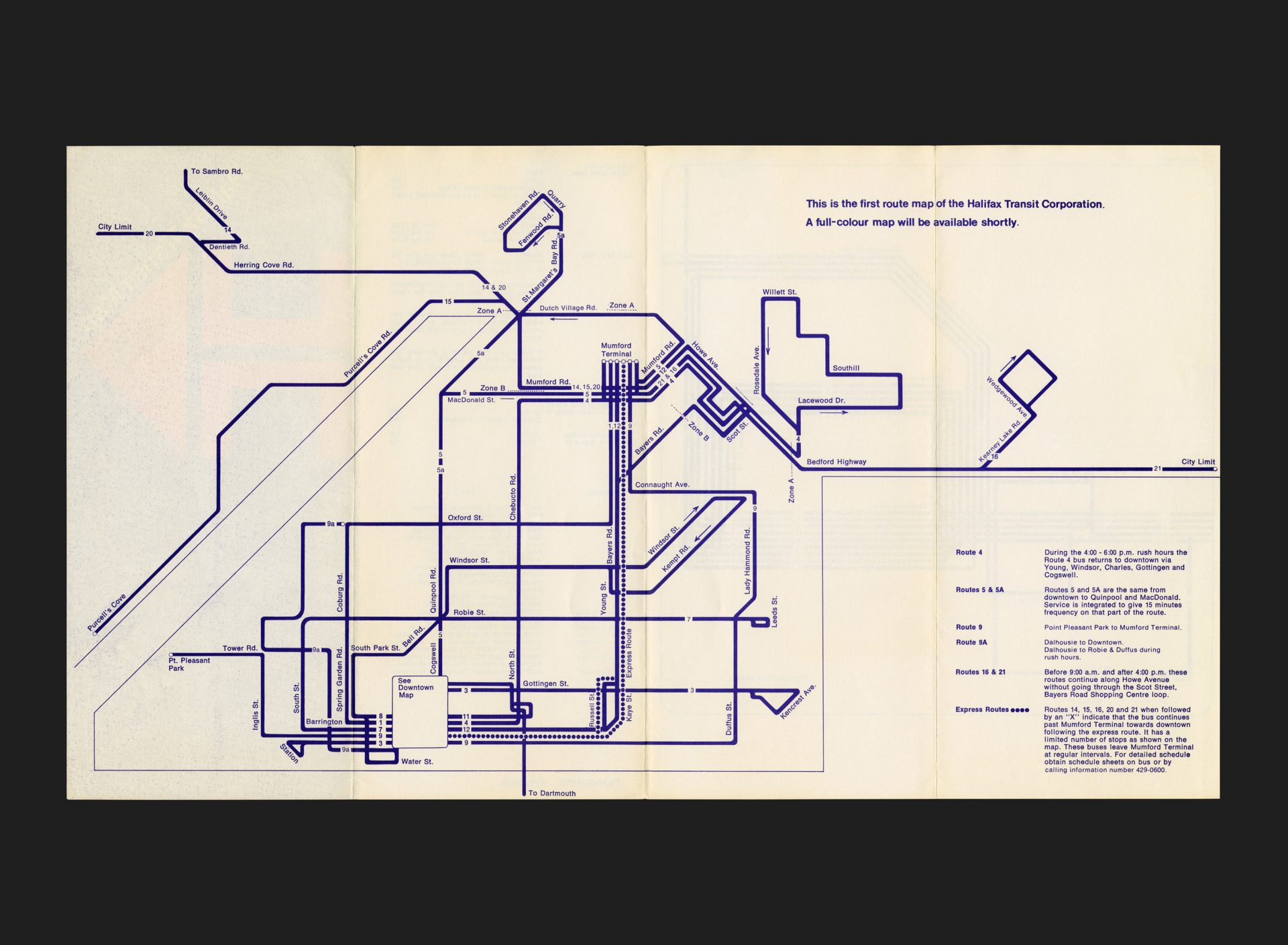 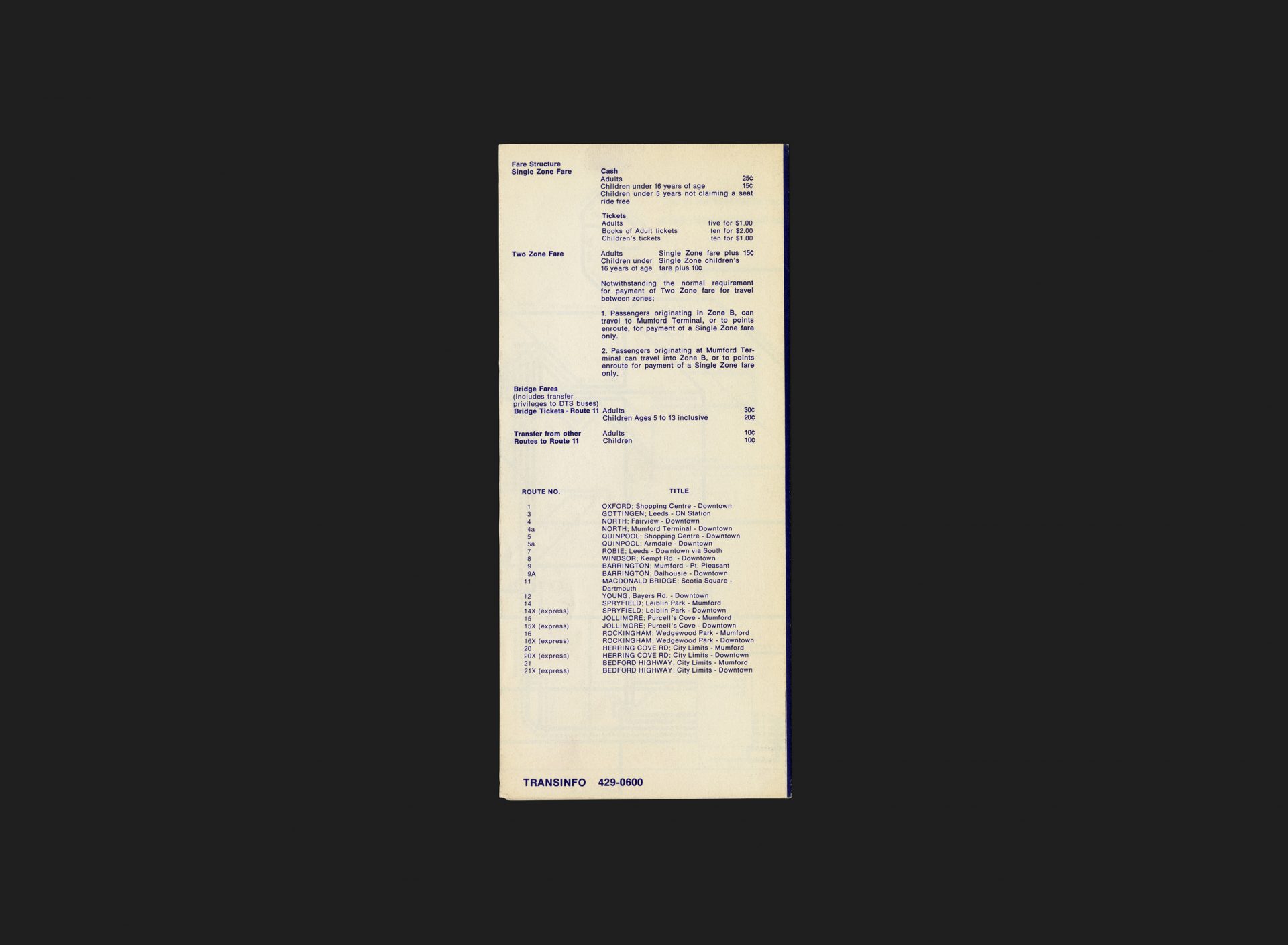 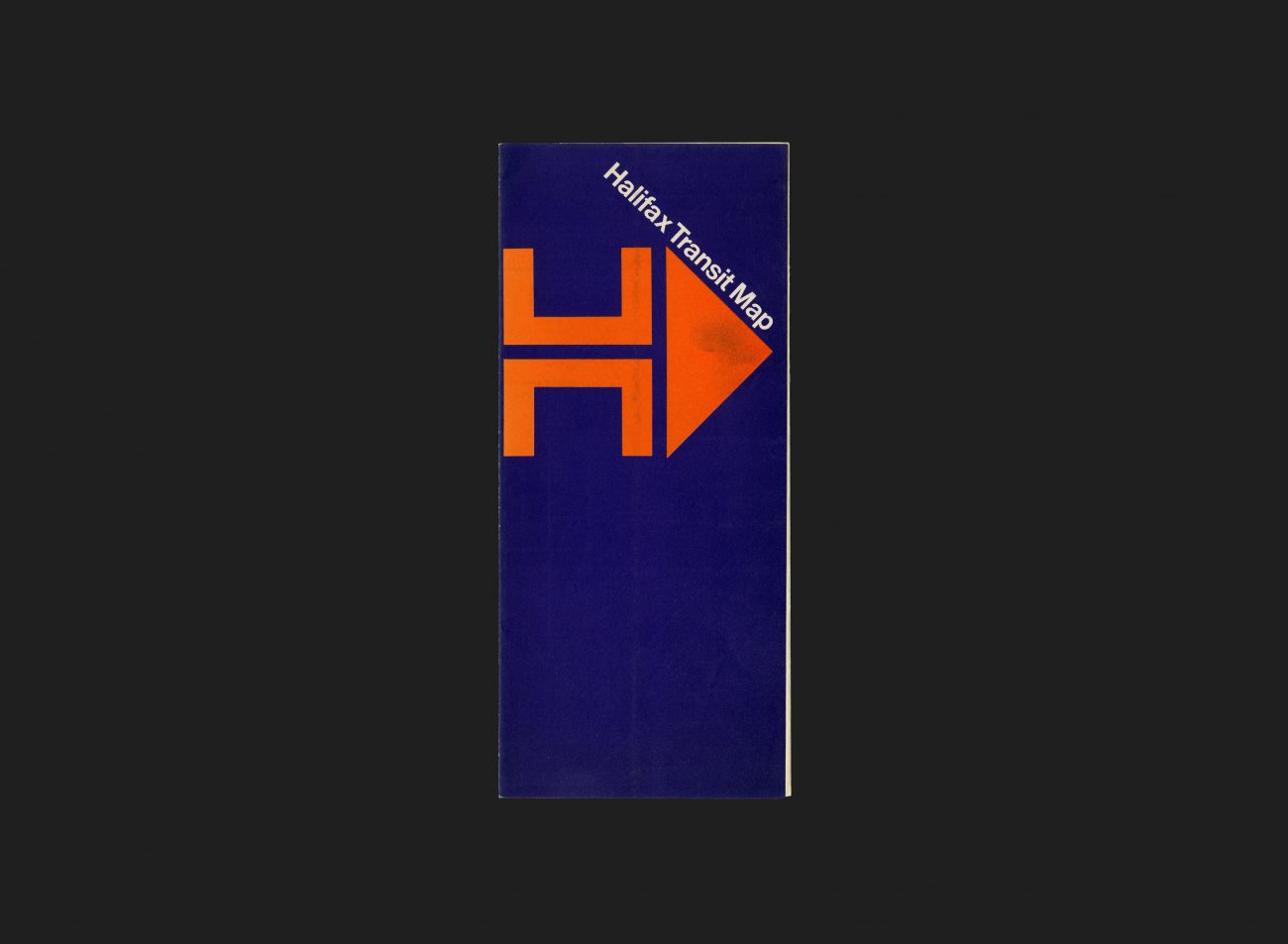 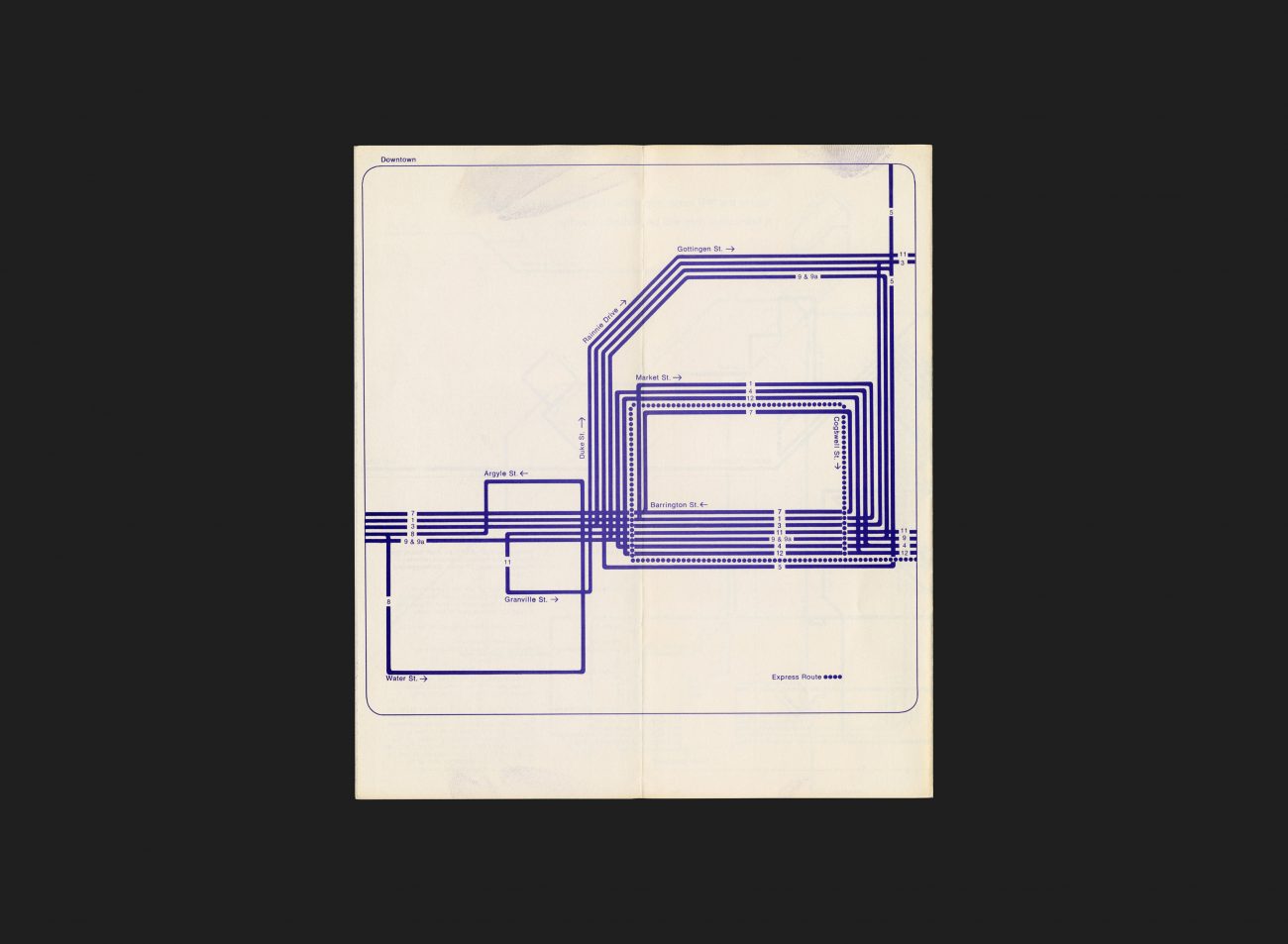 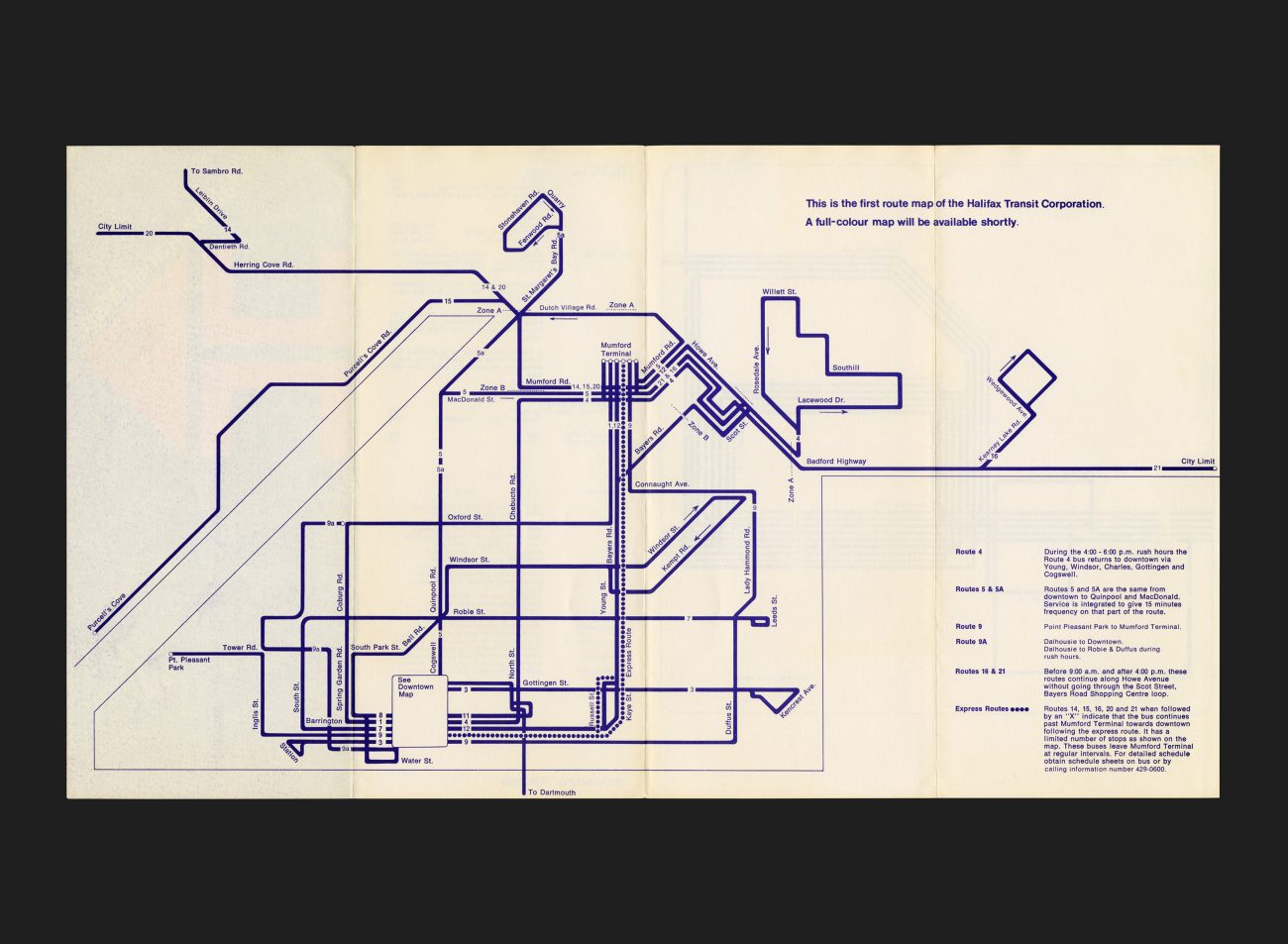 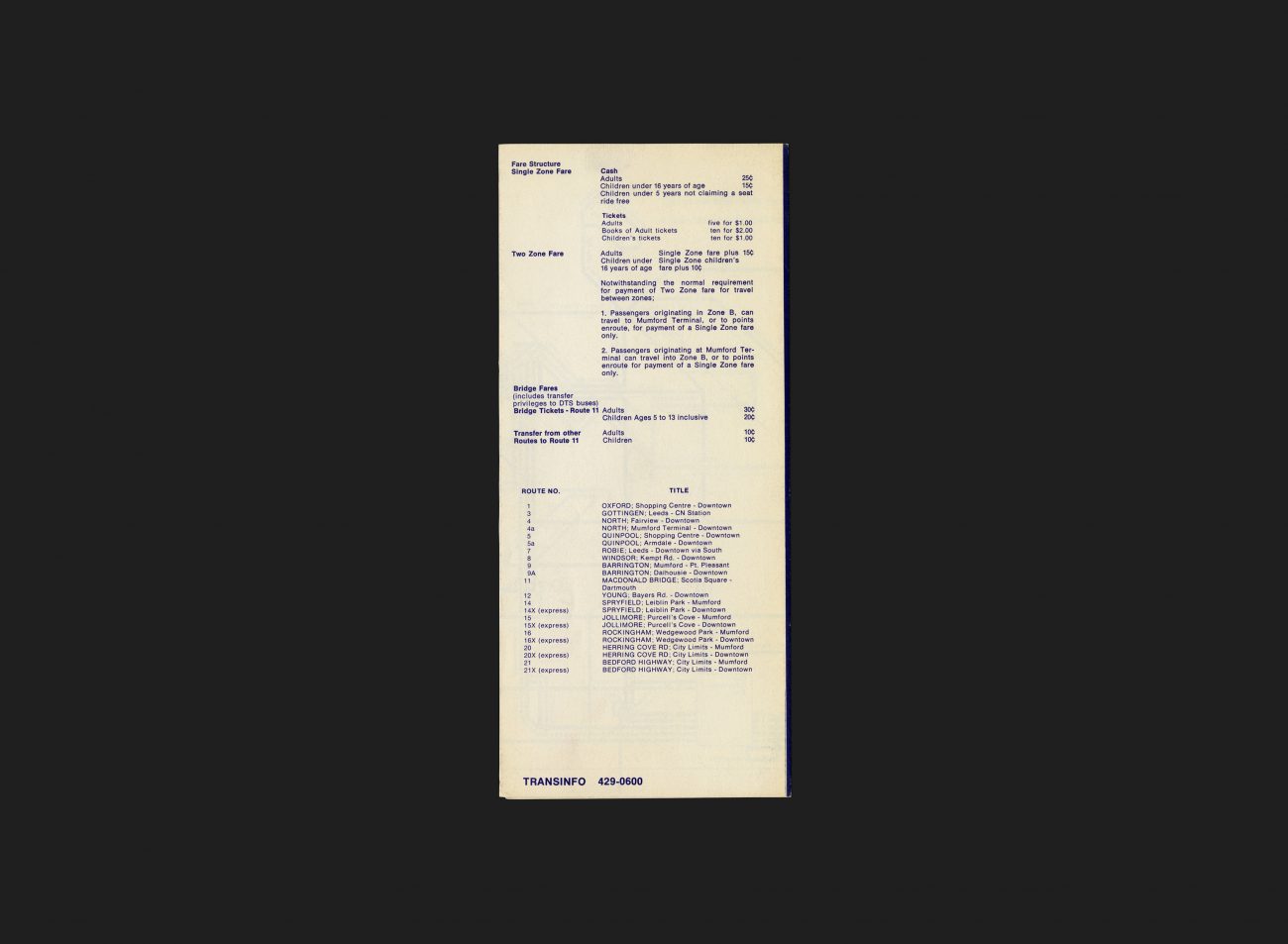 Halifax, Nova Scotia was among first cities in Canada to be served by an integrated public transportation system, pre-dated only by Toronto, Montréal and Québec City. On January 1st, 1970 the city transitioned into an all-diesel bus transit system and simultaneously became fully owned and operated by the city itself and now known as ‘Halifax Transit’.

This printed leaflet was an early iteration of the route map, illustrating all of the local bus lines and key passenger information. It is printed in a single spot colour throughout, except on the cover where the ‘orange/red’ brand colour is also present in the logo. The map itself uses a simplified 4-axis grid to aid clarity and comprehension.

It is of particular note that this work was the first transit identity system designed by G+A, who at this point were only 3 or 4 years in existence themselves. The studio would subsequently go on to develop numerous others, mainly in Ontario (with the opening of its Toronto office) but also in New York State, USA.