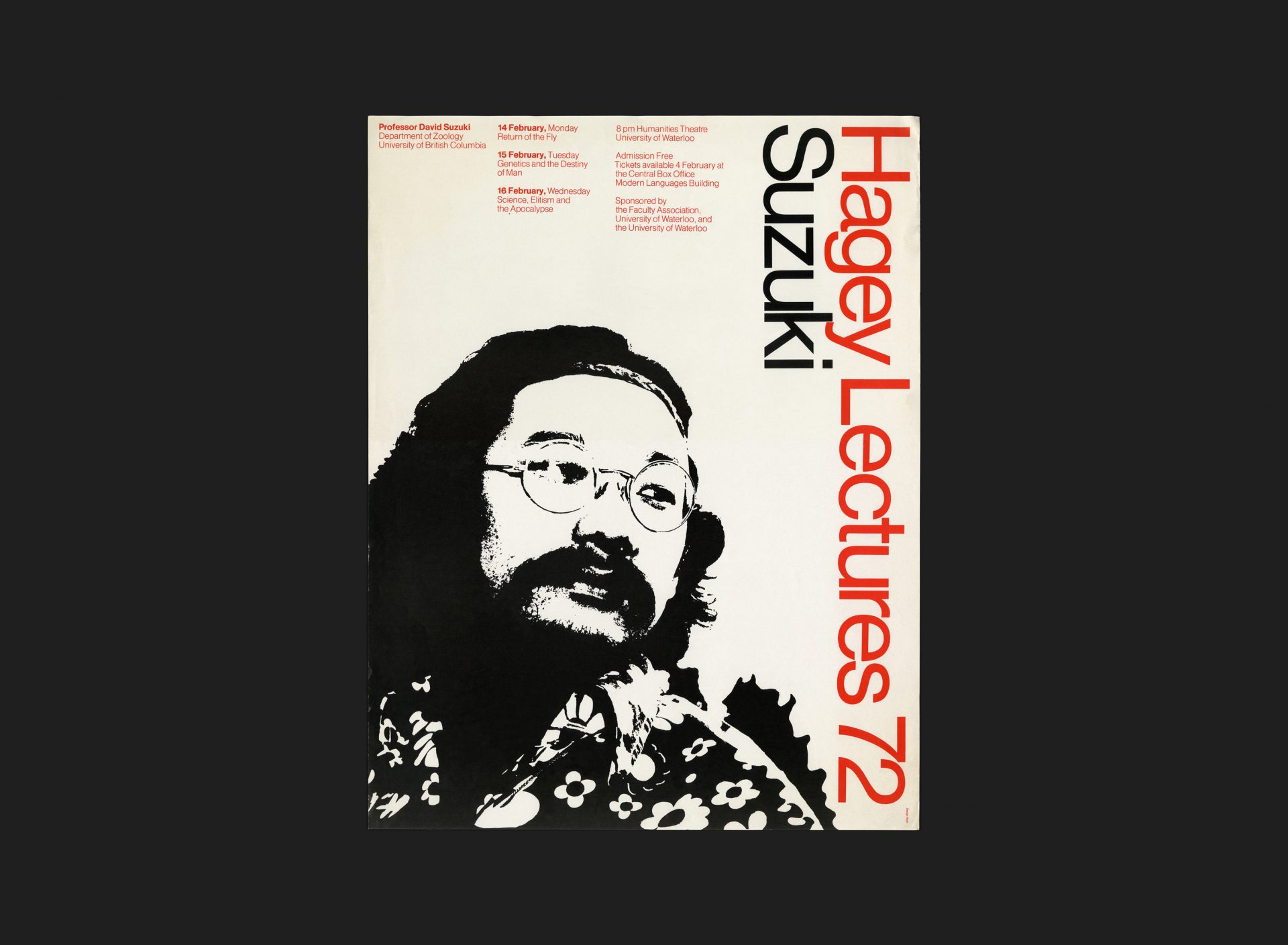 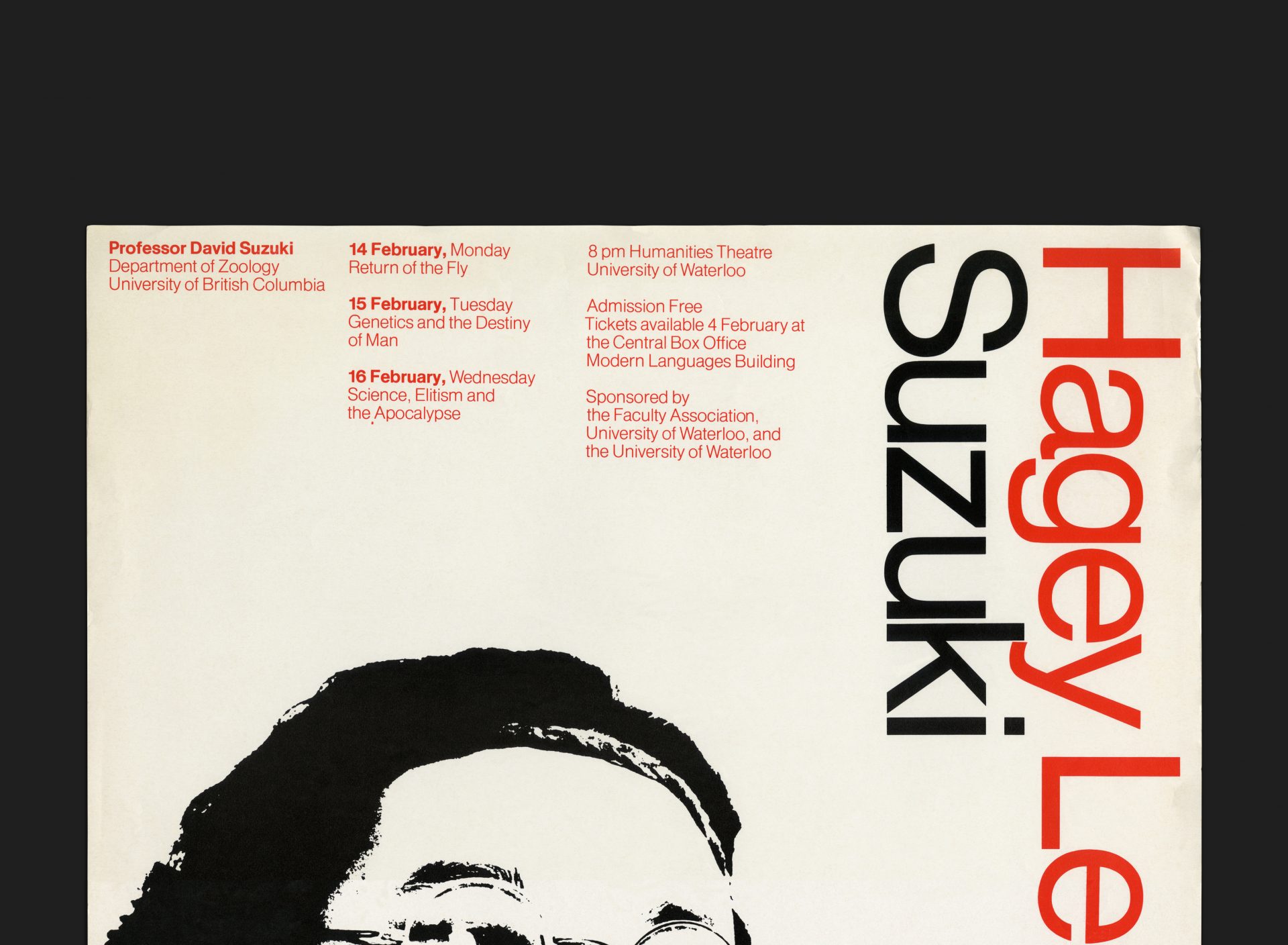 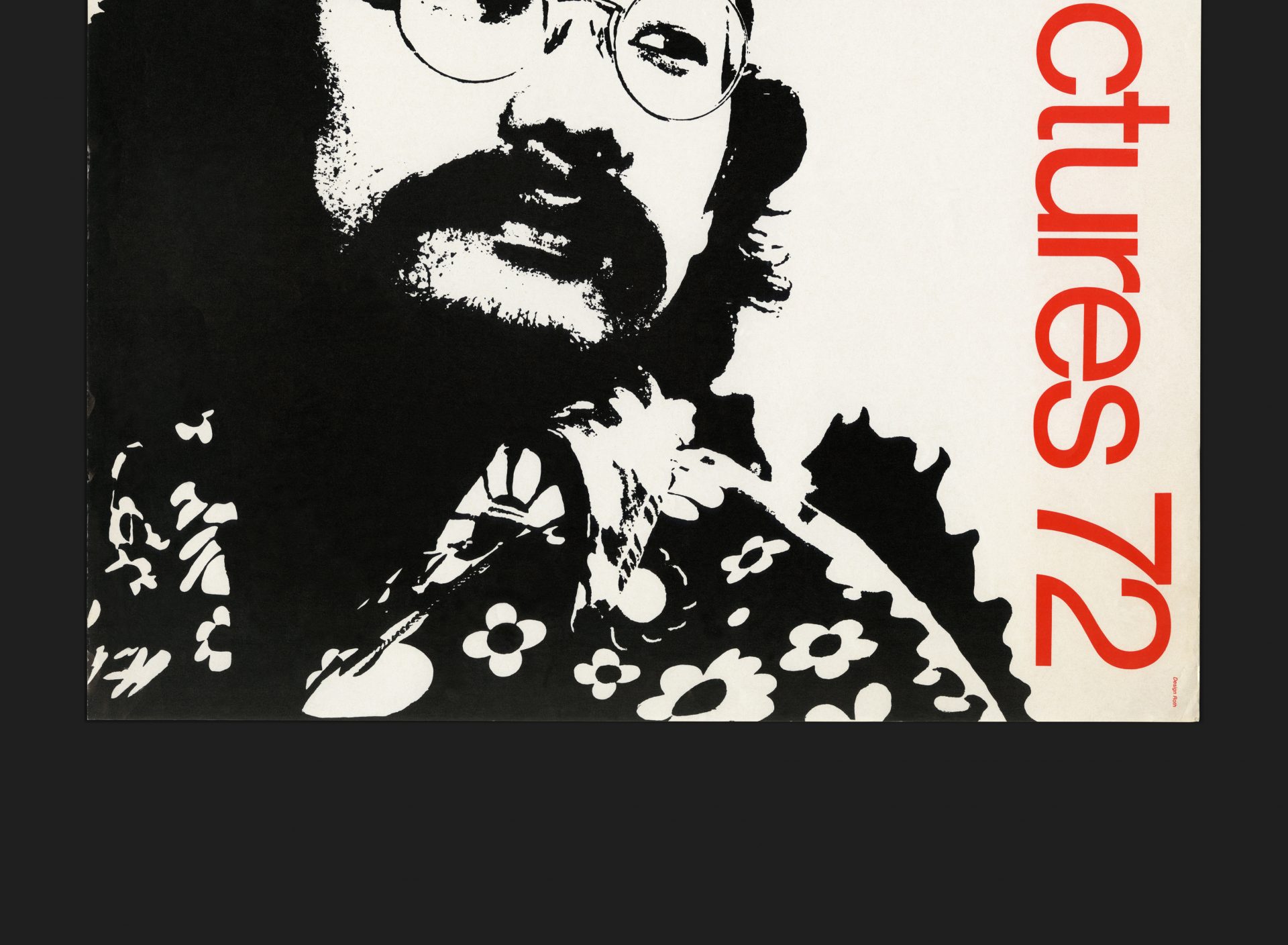 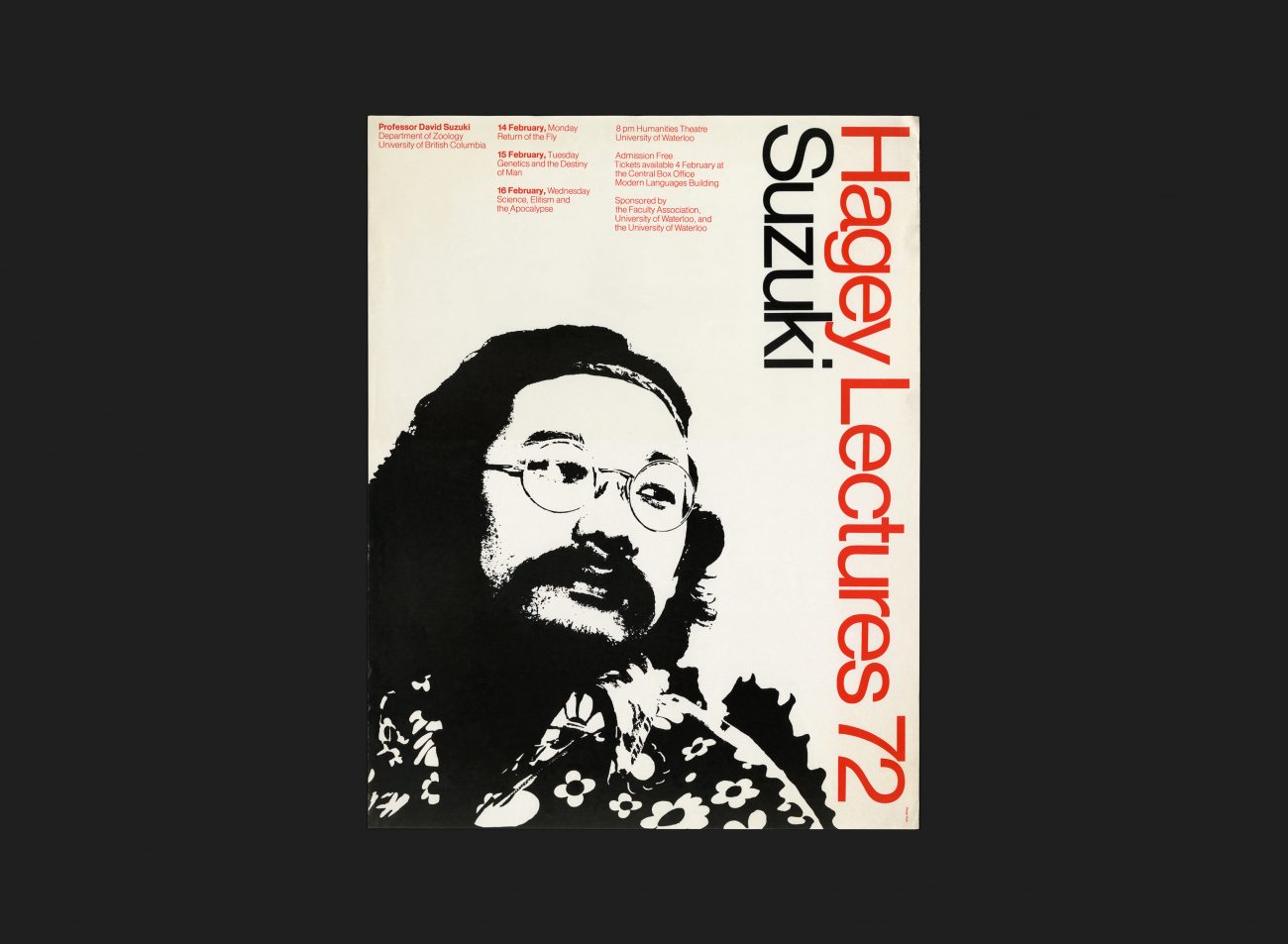 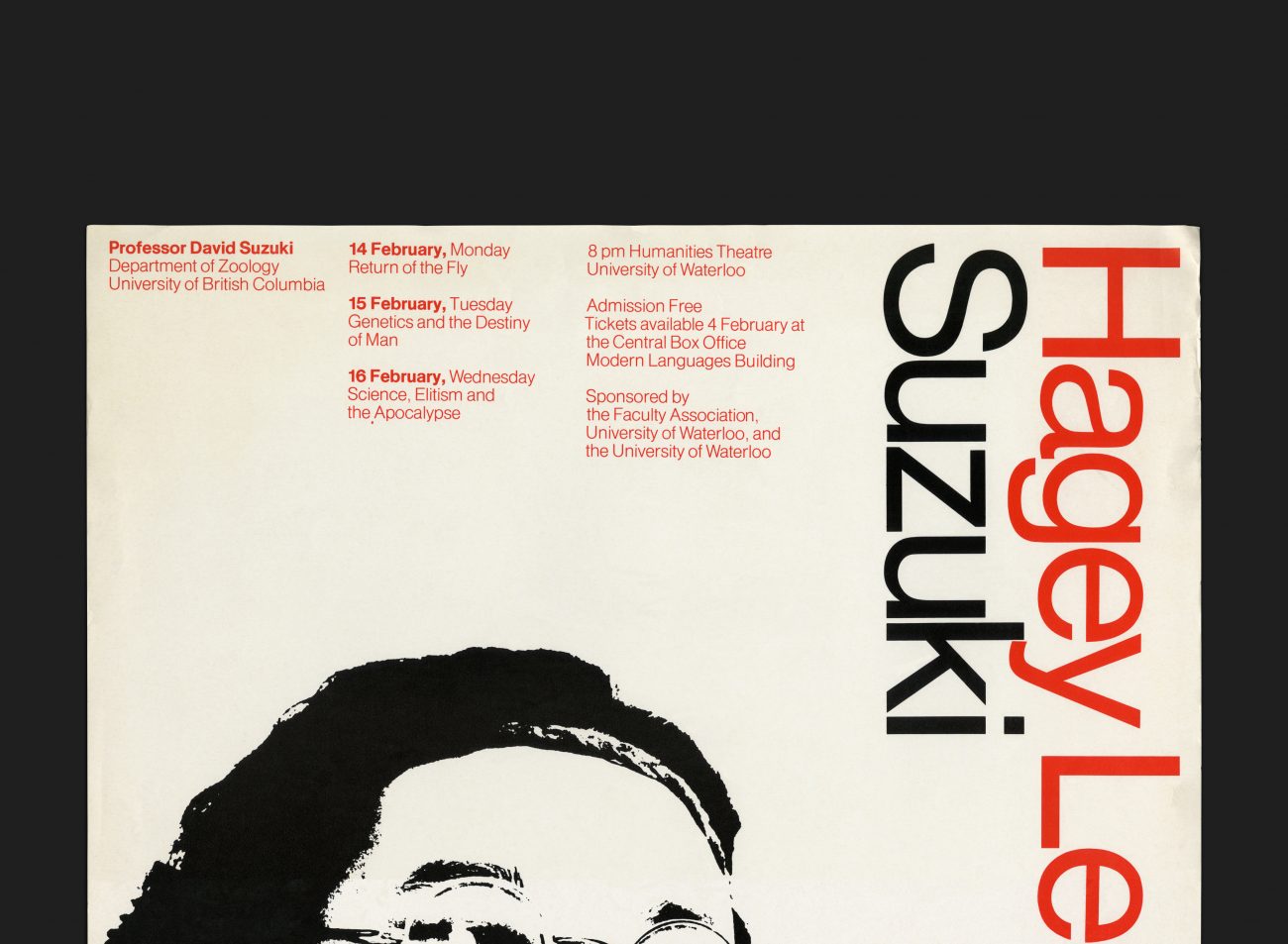 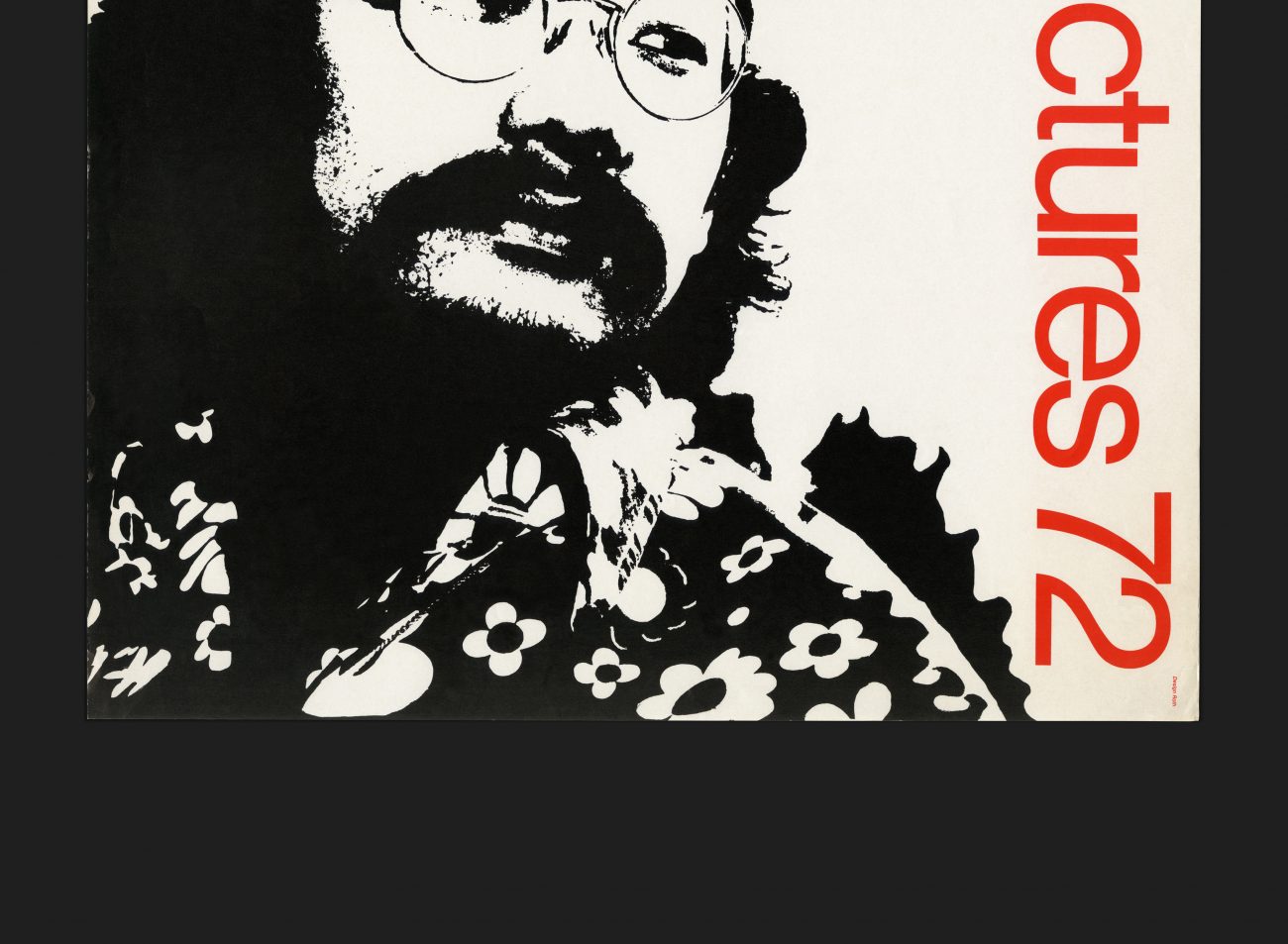 The University of Waterloo opened in 1957, with the two driving forces behind its formation being Dr Gerald Hagey, and a close ally, Ira G Needles. From its inception, Hagey took on the role as President and remained in that position until 1969 when he was forced to retire due to the development of throat cancer.

In 1970 the University Faculty Association proposed an annual lecture series, named ‘The Hagey Lectures,’ in honour of the university’s first president, inaugurating it in the year after his retirement.

In 1972 the series was presented by the University of British Columbia’s Zoological Department, David Suzuki, known for his leading edge conservation science work. The poster design for the lecture series features Suzuki, wearing his trademark ‘beret’ and presented as bold, high contrasting graphic silhouette image. This approach provided the foundation for Roth to communicate both the highly visual portrait supported by a strong typographic foundation, and working within the limitations of two spot colours.

These posters were printed on-campus by Graphic Services in limited runs and accompanied by smaller versions of the poster, distributed amongst students as an inexpensive form of promotion. The graphic identity used on the posters was further implemented onto the event program’s cover.

The series ran in early Winter on each new academic year and are still maintained to the present day, intended to challenge, stimulate and enrich not only the faculty, staff and students of the University, but all members of the University community.