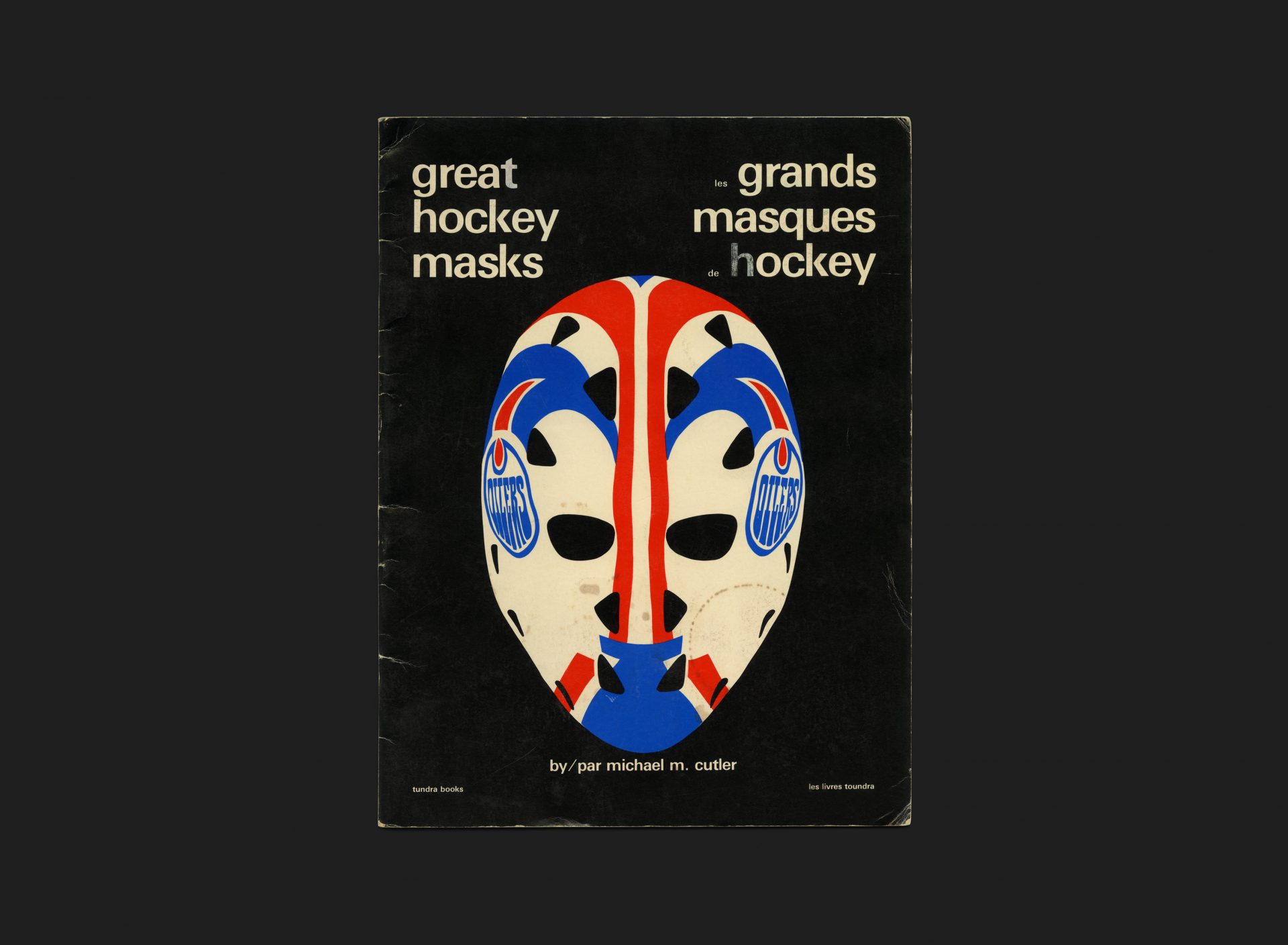 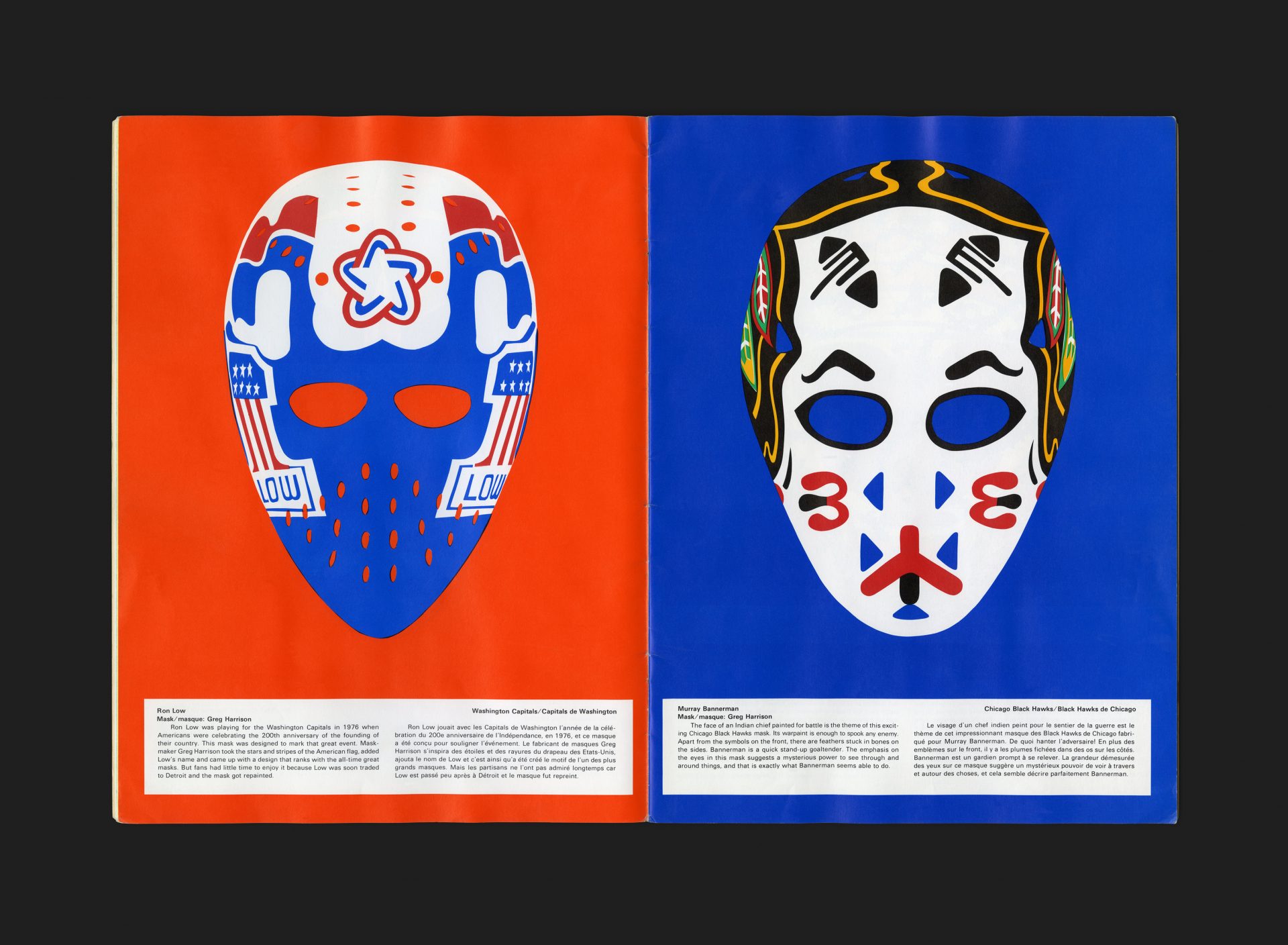 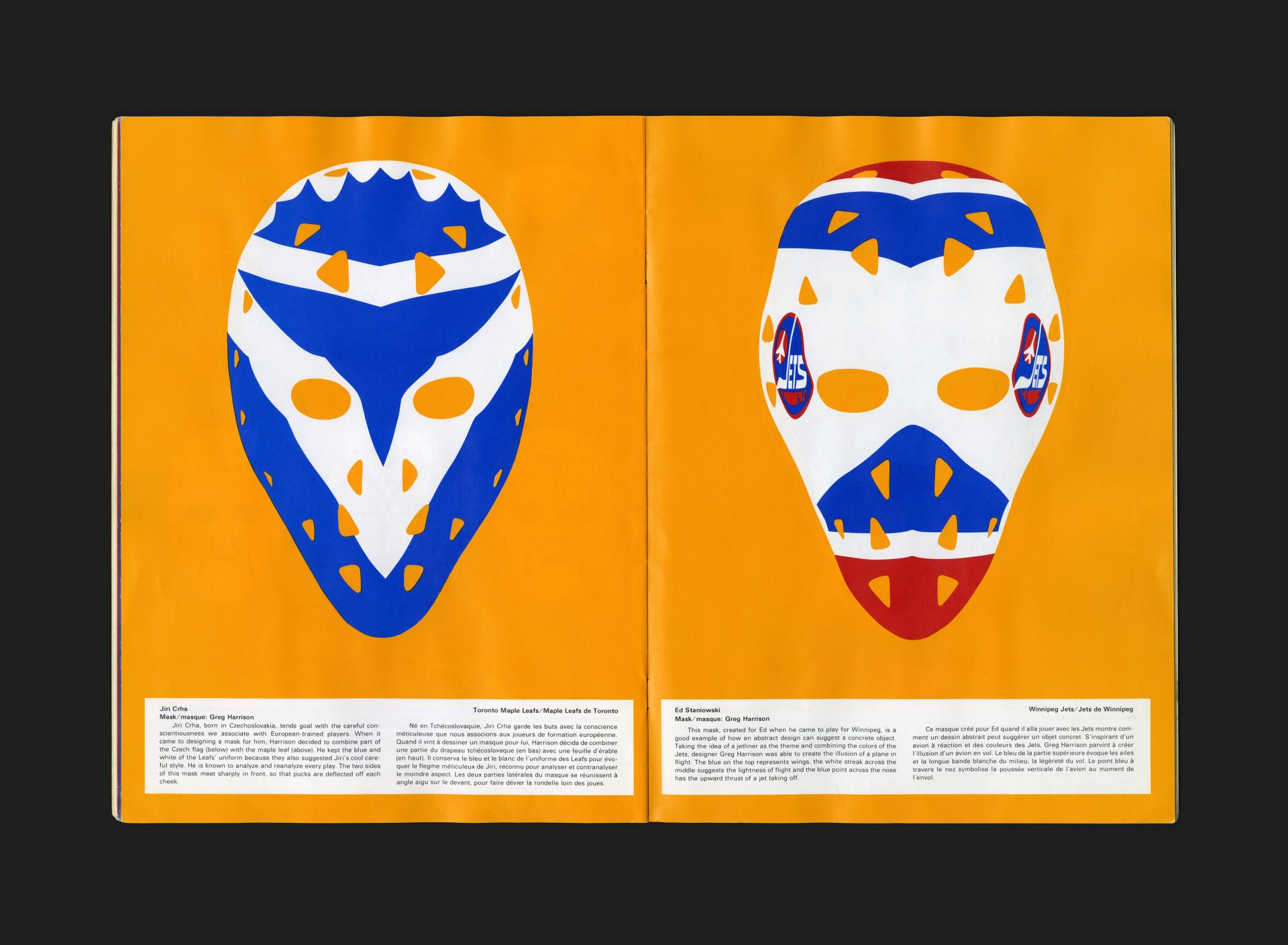 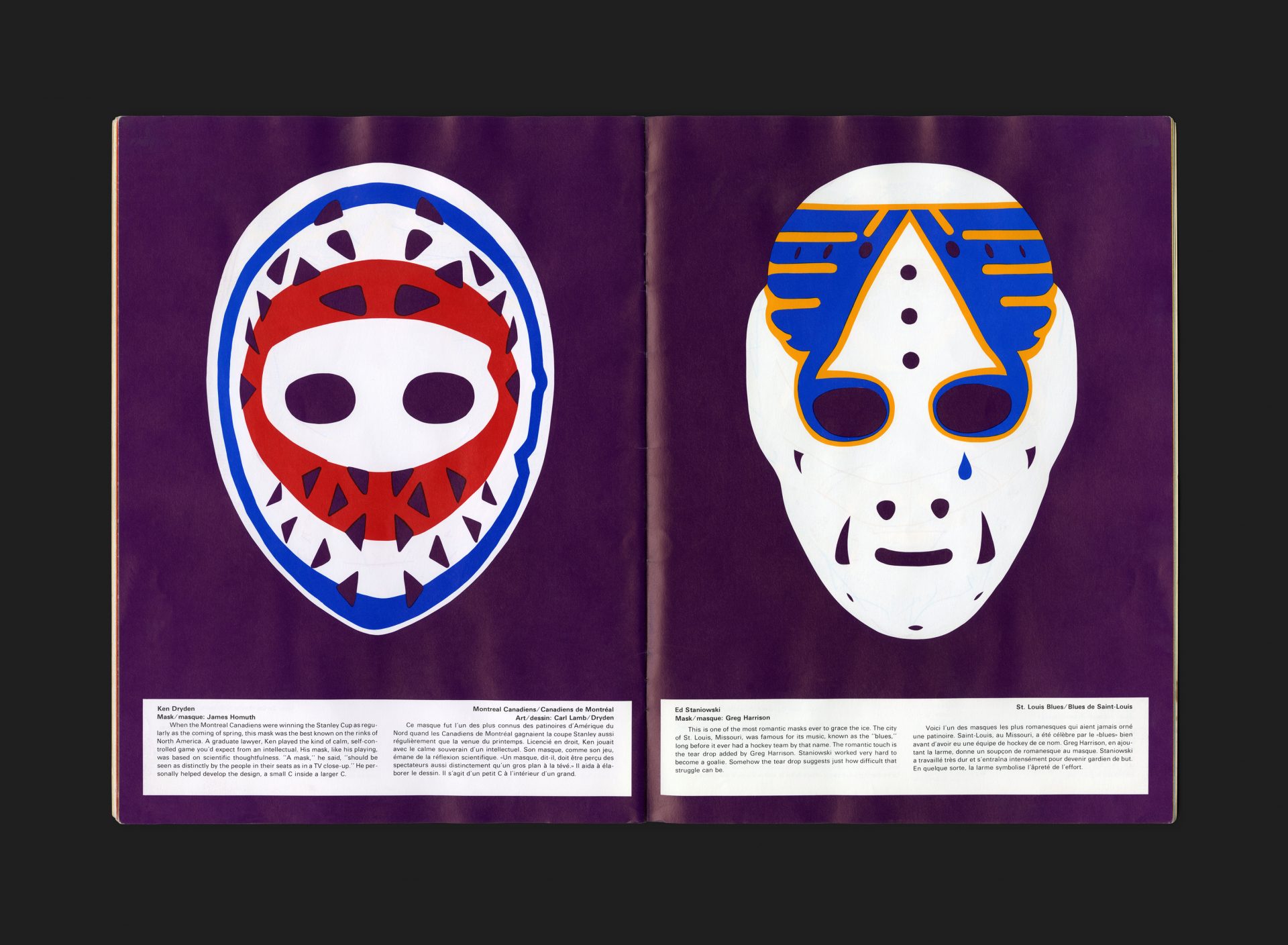 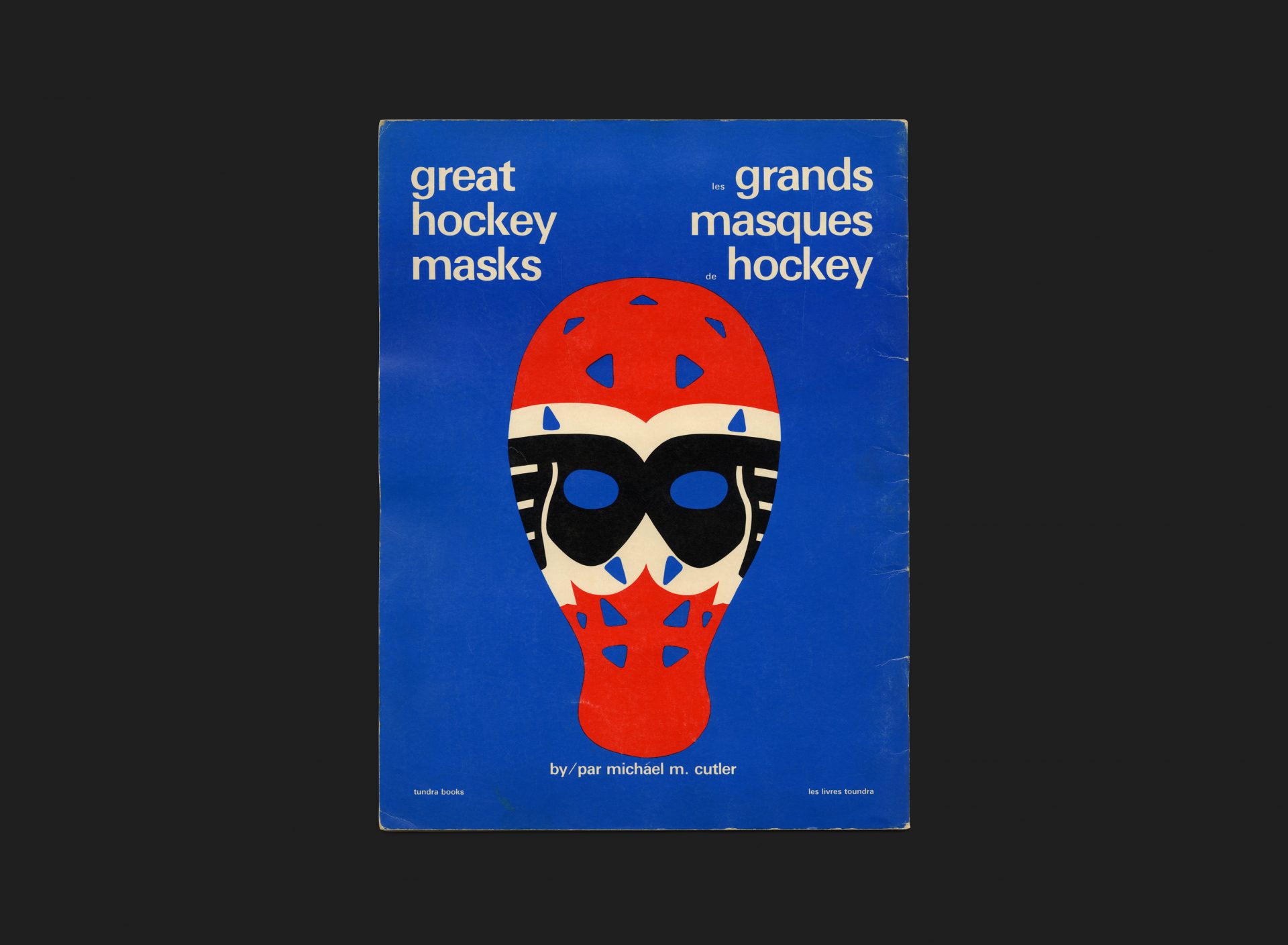 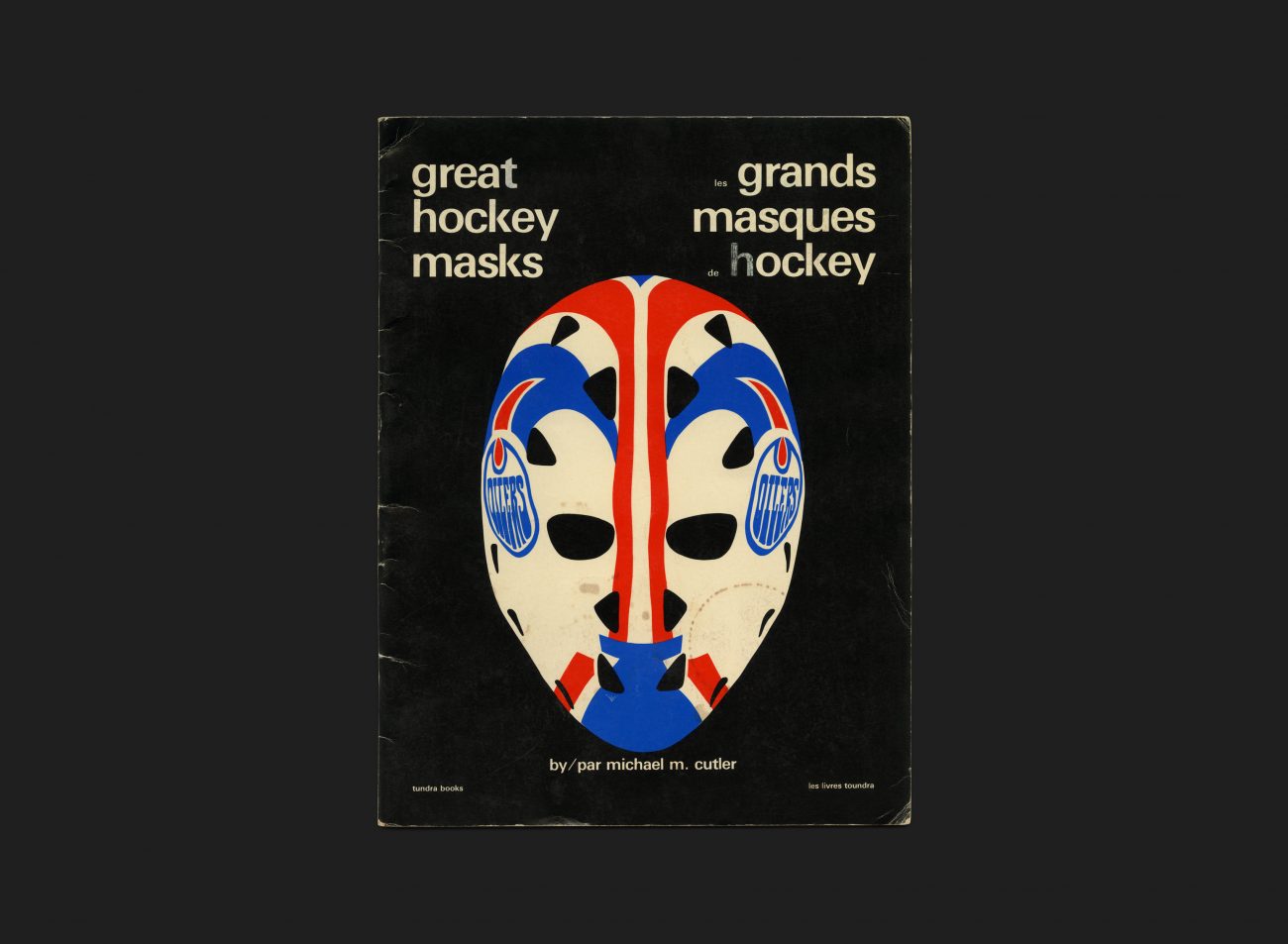 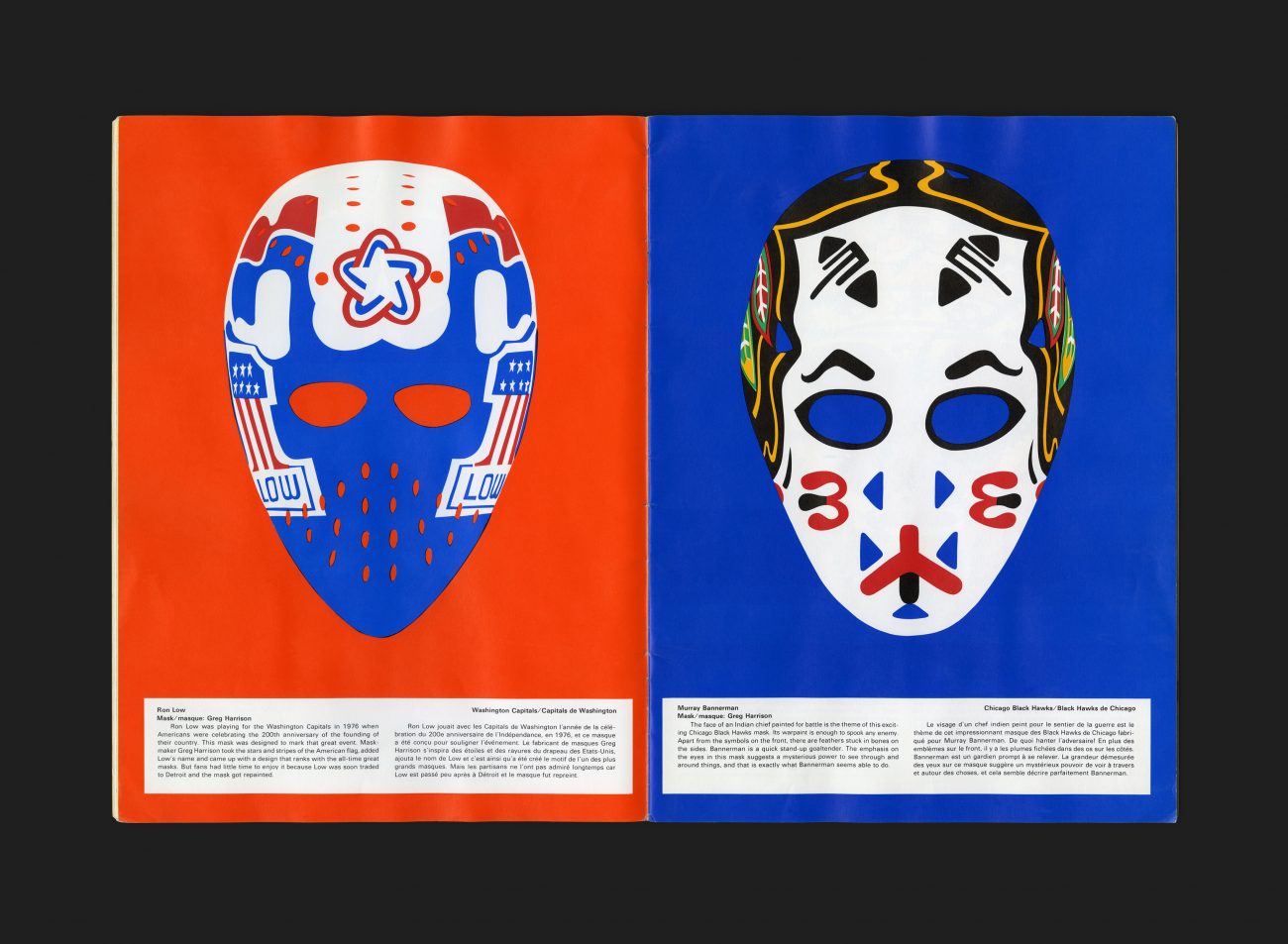 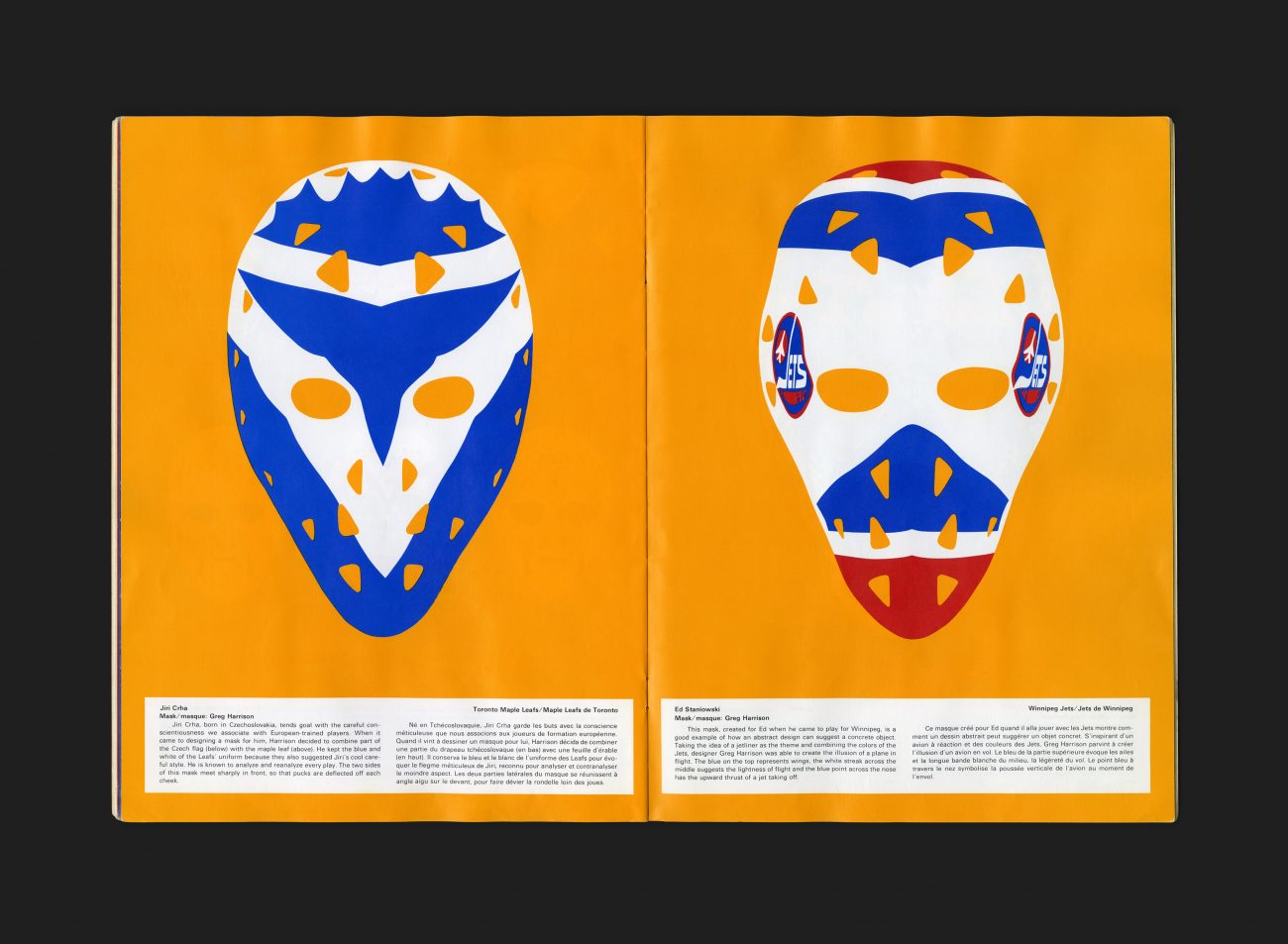 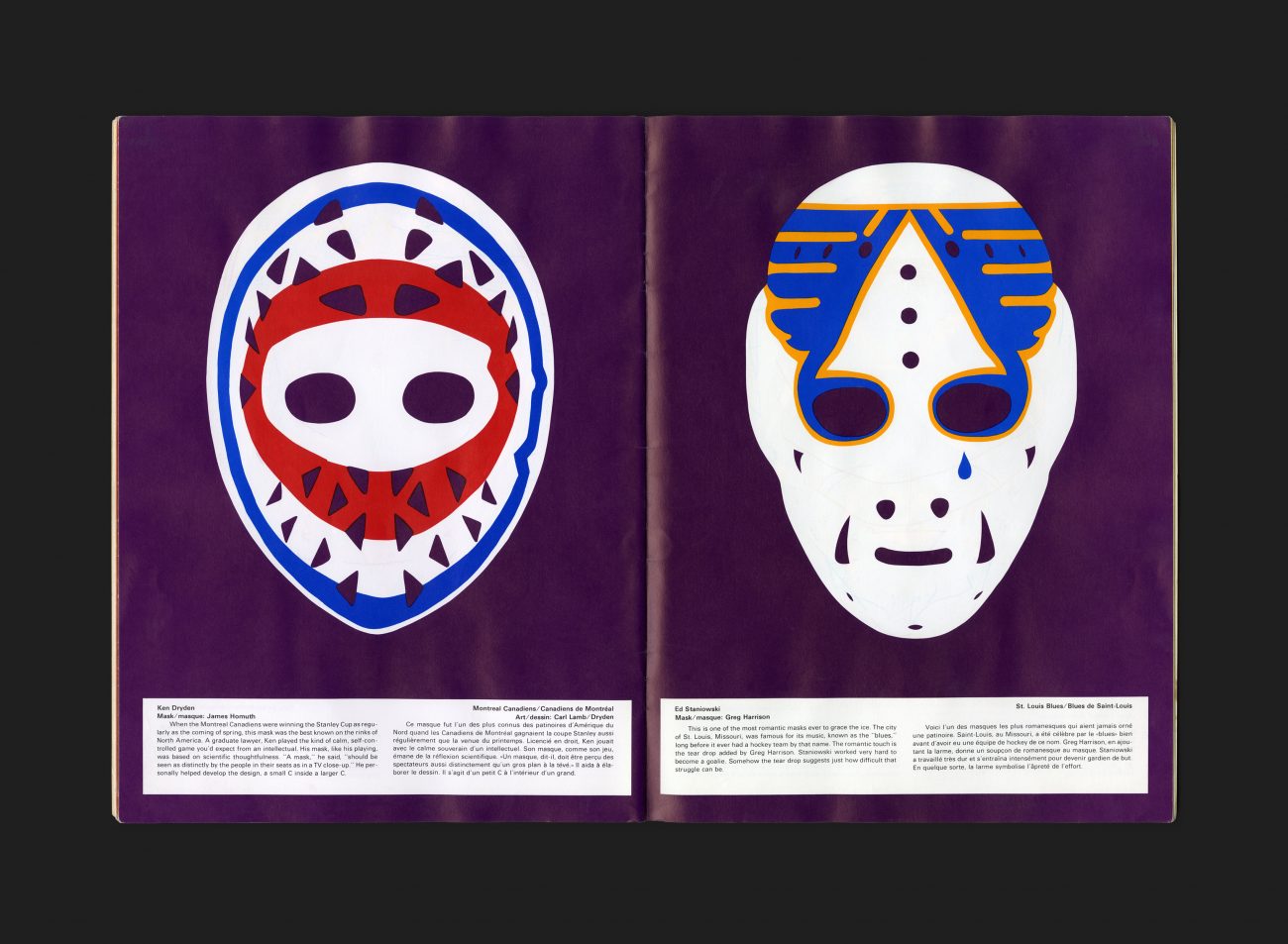 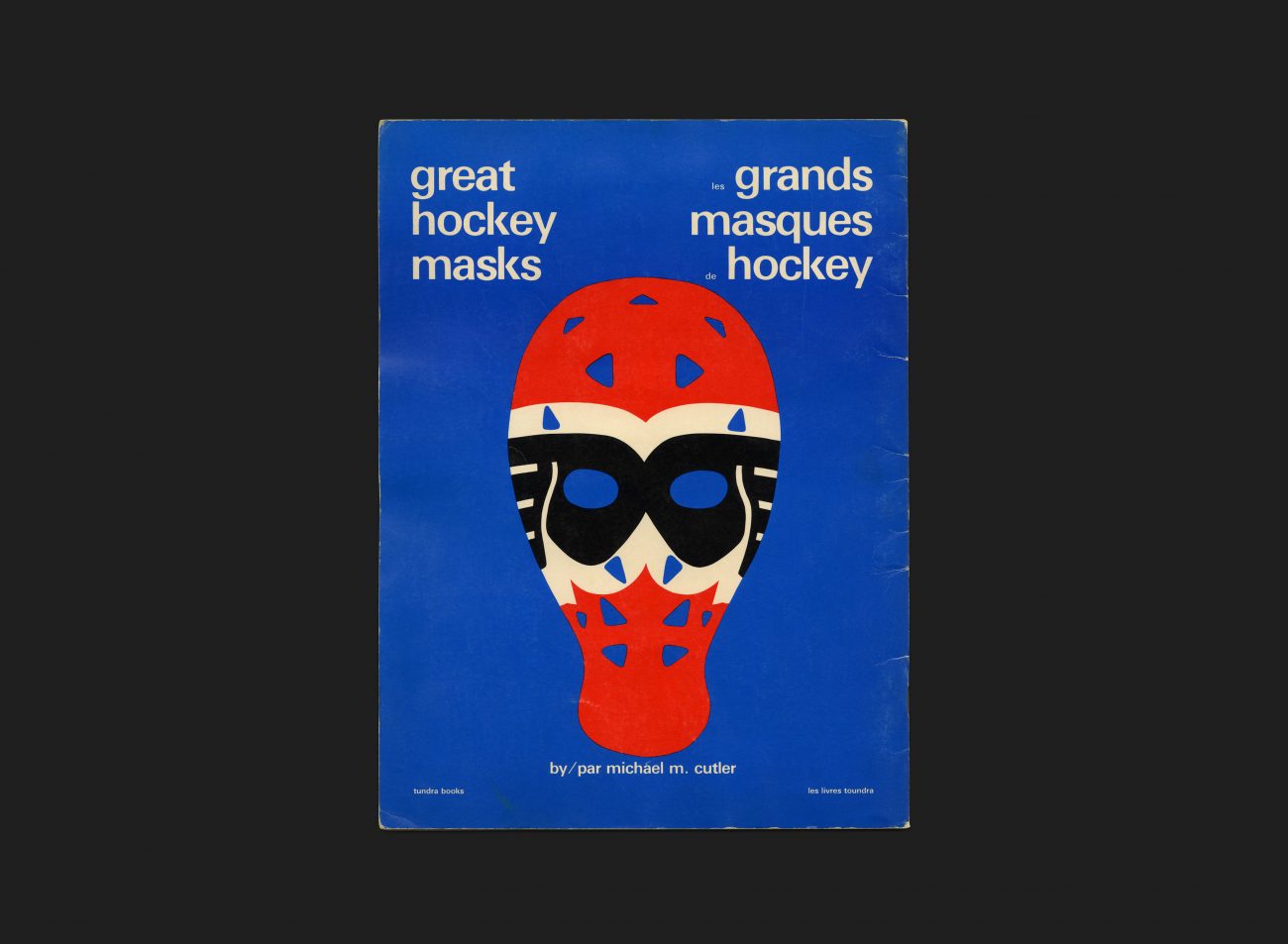 In 1977 a young graphic designer, Michael M. Cutler (who was still studying at Syracuse University at the time) created a short illustrated book: Hockey Masks and the Great Goalies Who Wear Them for Tundra Books. The book presented a handful of arresting NHL goalie mask designs, each simplified down into a colourful graphic representation to illustrate their impact and meaning. In 1983, Tundra Books invited Cutler to follow up that wonderful title with an updated bilingual edition, retitled Great Hockey Masks / le Grands Masques de Hockey. This book features 34 of the most spectacular masks of the time, designed to act as a permanent record of this fascinating period in hockey history.

The majority of the mask designs featured in Great Hockey Masks were designed and made by Ontario native Greg Harrison. The book profiles Harrison’s career and achievements as well as (one assumes) utilizing his extensive knowledge on the subject throughout the more historical and technical areas of the book’s written contents. At the time of printing, Greg had made and decorated over 500 mask for goalies, professional and amateurs, and even for motion pictures (he created masks for the futuristic hockey game in the film Strange Brew).

The design of the book is primarily focused on Cutler’s illustrations — ultimately the stars of the show. Many of these masks were previously featured in the original title, the background colours now updated for this one. Whilst the cover employs an interesting, and confident, 2 column grid of Univers typography, the inside pages are more rudimentary and basic in their composition, hinting perhaps at Cutler’s skills as an illustrator over that of a typographer.